Now that we have cable TV at home we having been watching the British TV show called Top Gear. Typically the three men who star in the show get ot drive fabulously fast and expensive cars such as Porsches and Maseratis but occasionally they get to drive less exotic vehicles and go to unusual places. Here is my idea for their trip to NZ.

The three of them arrive in Queenstown. They drive over the mountain to Wanaka and then over the Haast Pass to the west coast. They then head north to Hotitika and then drive over Arthurs Pass and take the inland route that we did back to Queenstown.

They each have to do the drive in one of these and they must spend a night in one somewhere. 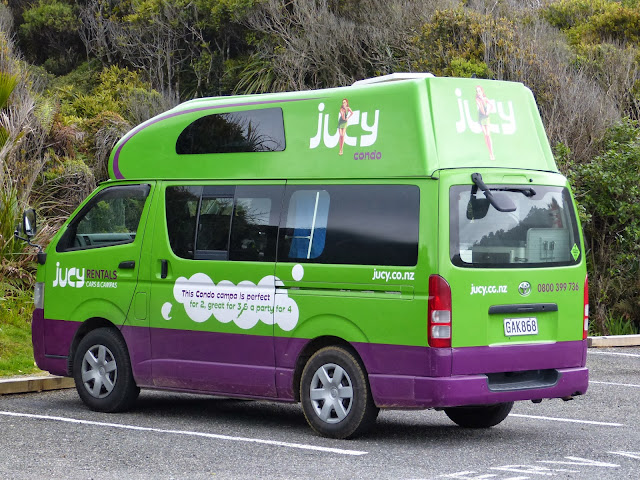 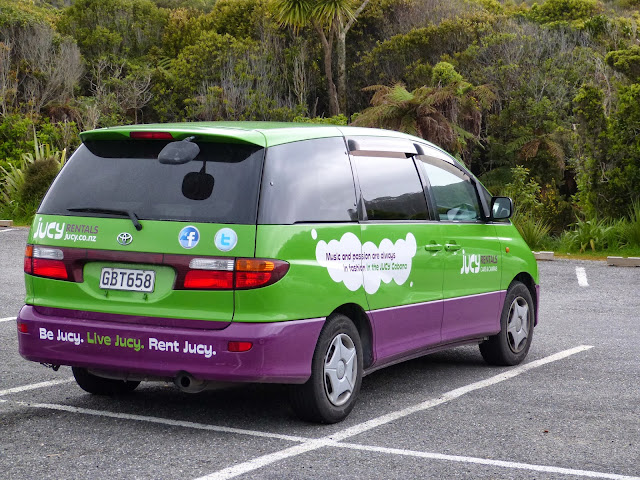 These are Jucy Vans which are very common in New Zealand. I thought about using one of these instead of staying in motels but the thought of the cold weather put us off. We rented our car from Jucy and I have no complaints. Perhaps next time we would try one.

Those who have watched a few Top Gear shows would know how they despise caravans and holiday vehicles. It would be delicious punishment for them because driving here is a wonderful experience, provided you like going around corners.