After our three nights with our friends in Dunedin it was time to hit the road again and proceed north towards Christchurch. Since it was a long weekend we wondered if motels would be difficult to find but we managed to book a couple of nights at a B and B in Timaru.

It's back to the gorgeous scenery again as you head out of Dunedin. You get used to it. 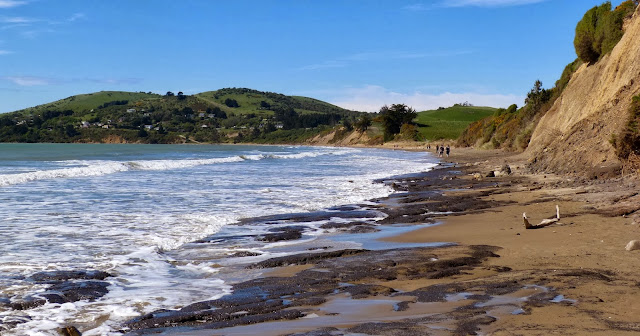 This beach looked more like a beach in Yorkshire that an NZ beach. 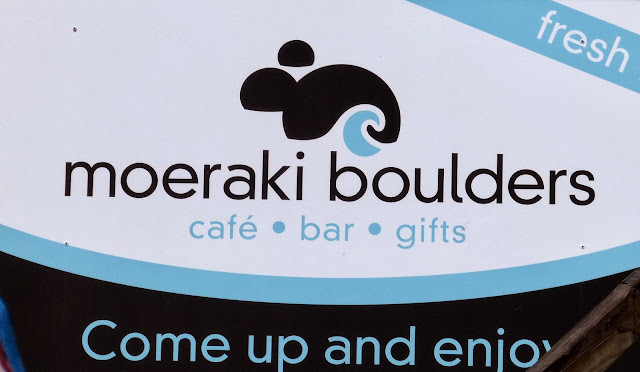 Our friends in Dunedin had recommended that we stop to look at the Moeraki Boulders. 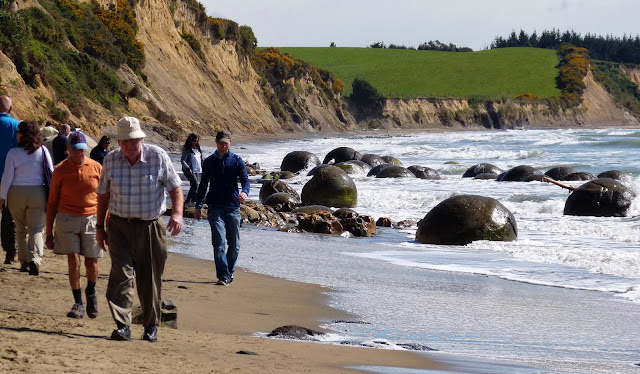 As you can see they are large spherical boulders lying in the sea. 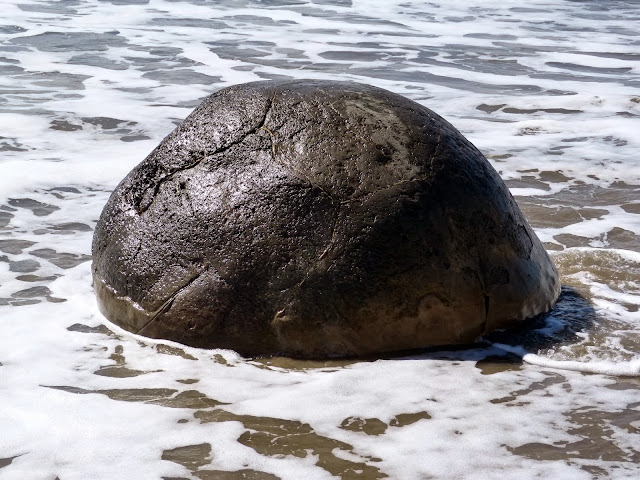 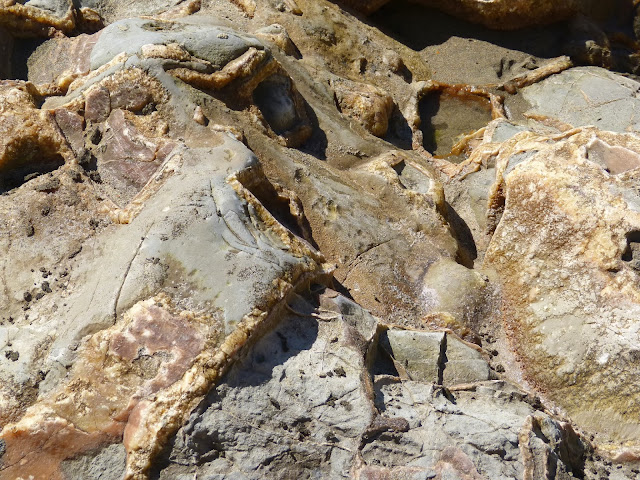 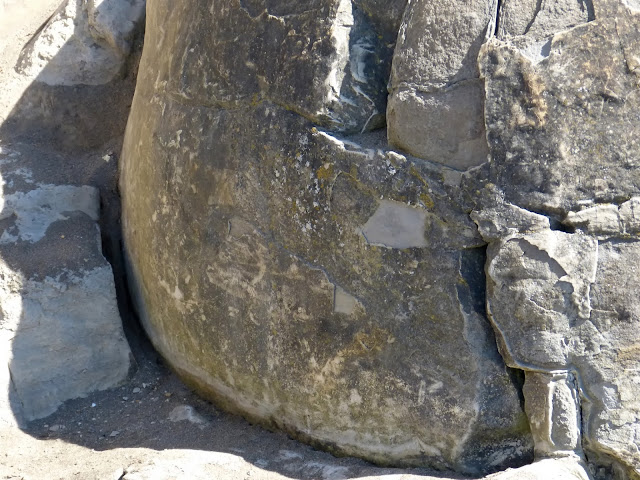 They are a combination of mud, silt and clay cemented by calcite. 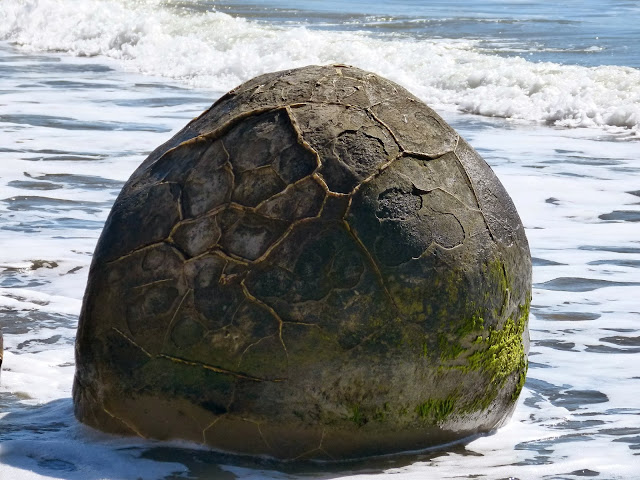 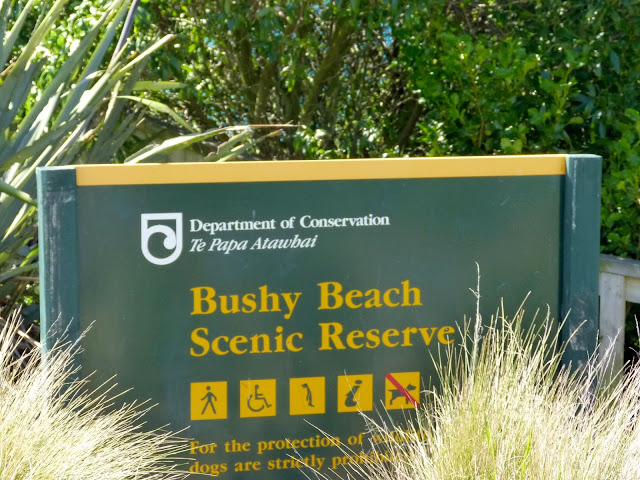 Before 9 am and after 3 pm you are supposed to be able to see yellow-eyed penguins here at Bushy Beach. 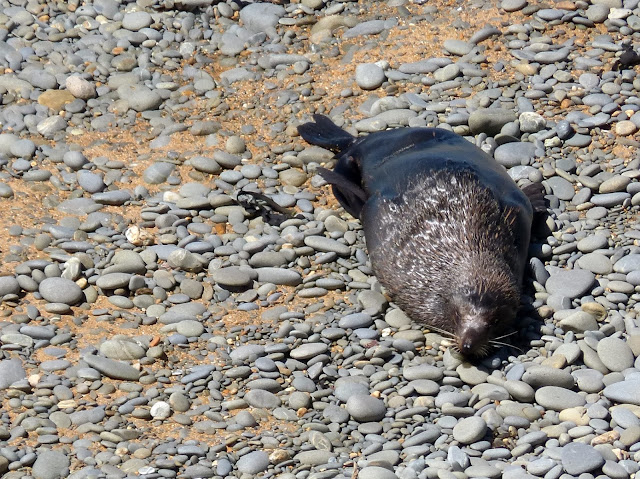 Since we arrived in the late morning, we had to be satisfied with some seals lazing on the beach. 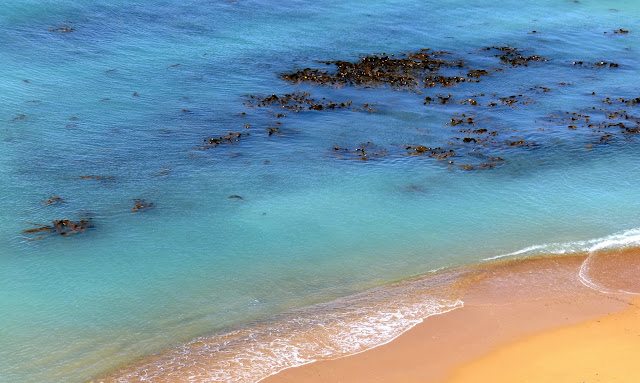 The water had an unusual colour. 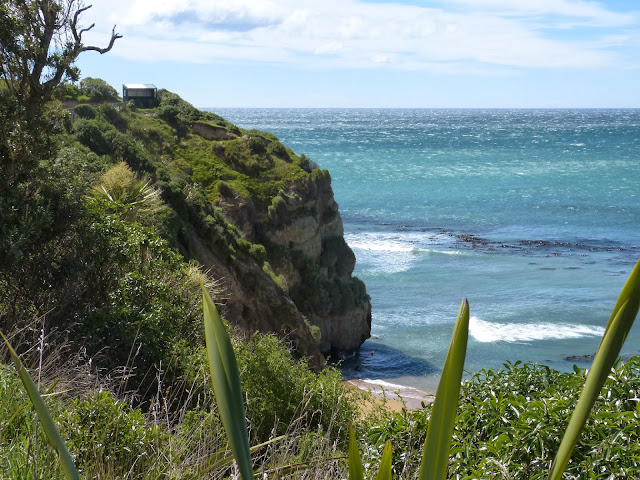 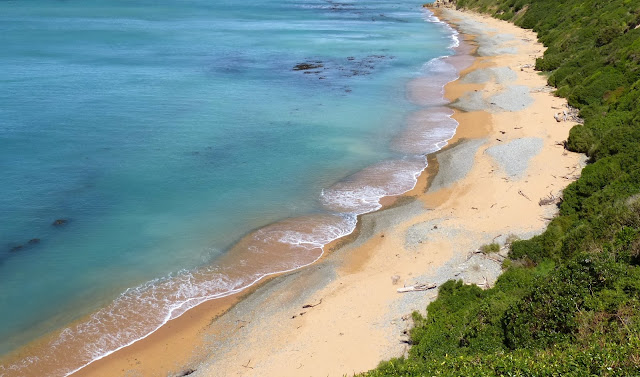 You can descend to the beach but we decided not to disturb the seals. 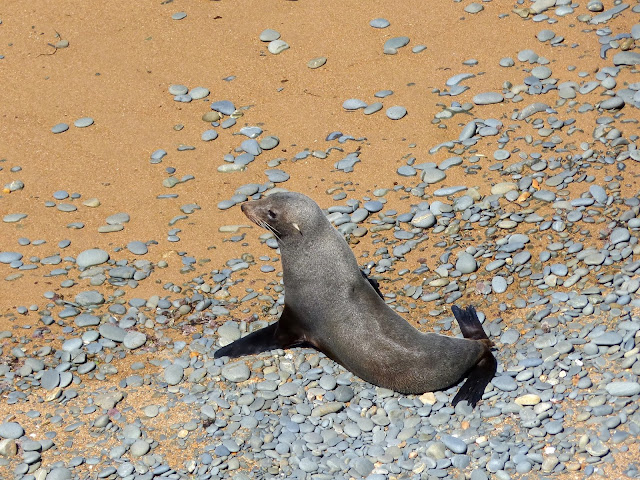 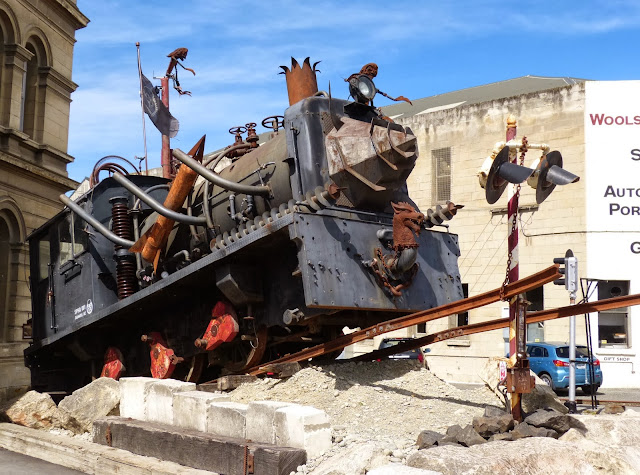 There is a steam punk museum at Oamaru, the largest town in North Otago. 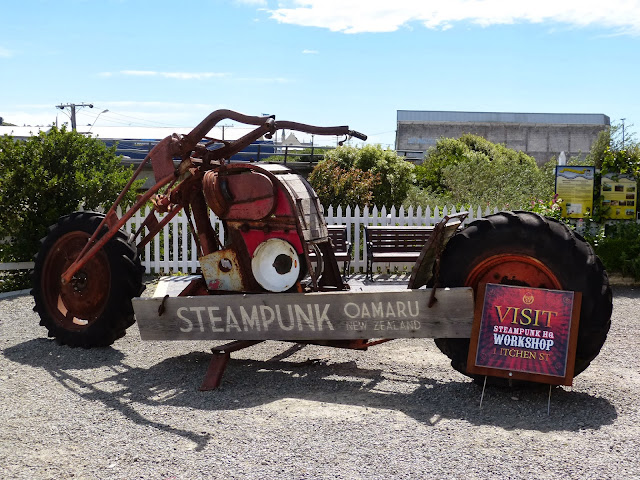 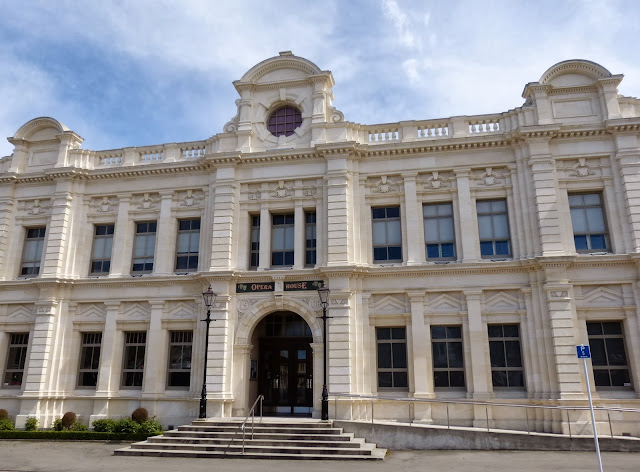 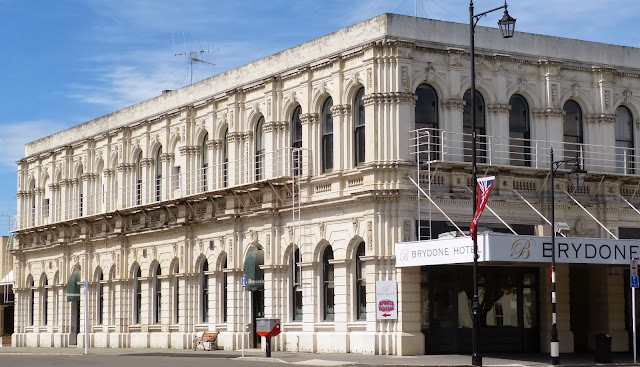 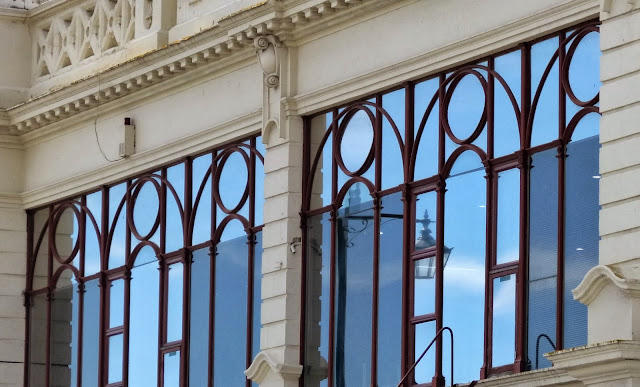 Oamaru seems to be a wealthy town and has numerous heritage buildings. It would be interesting to spend more time here. If you ready the Wiki article you will find the story of the local Maoris eating some passing sailors who stopped for the night in the early 19th century. 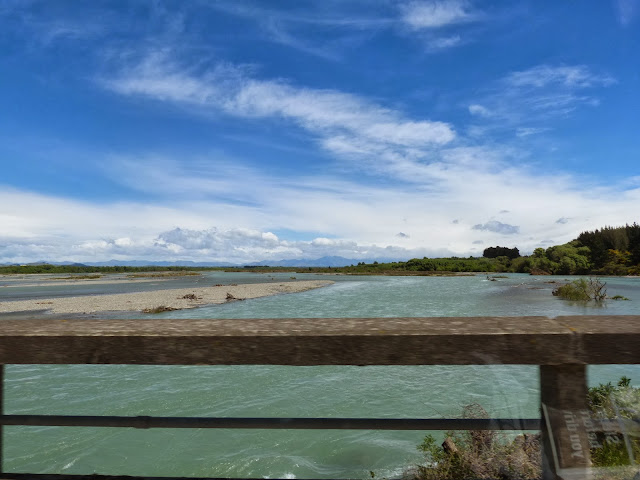 One of the wide glacier fed rivers that cross the plain from the Alps to the ocean. 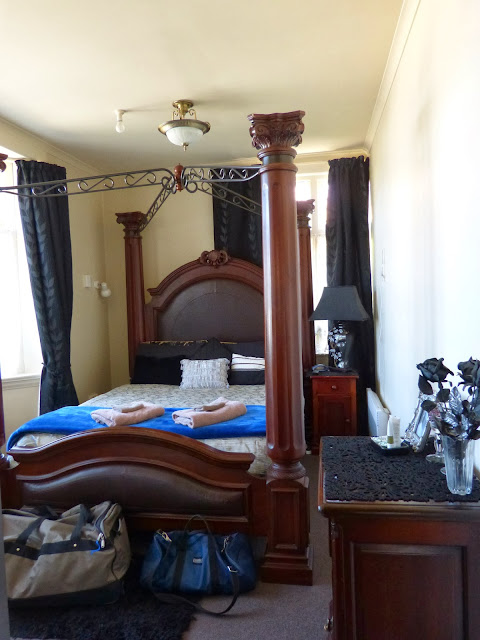 Our bedroom at the B and B. We figured that the bed would hold up the ceiling if there was an earthquake. The woman who ran the place was a real character and made us feel very welcome. We had some interesting conversations with the other residents at breakfast each morning. 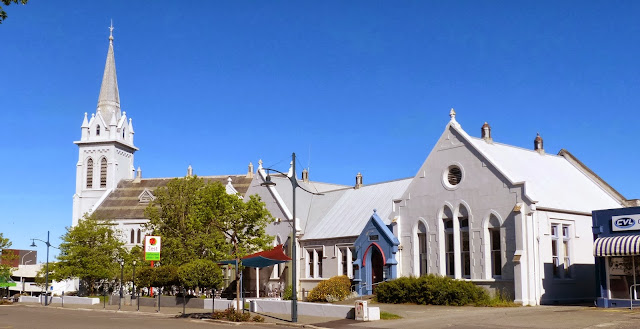 This church in Timaru was for sale. The congregation could not support the church any more and insurance premiums had doubled after the Christchurch earthquake. It looked way too big to be converted into a house. What would you do with it? 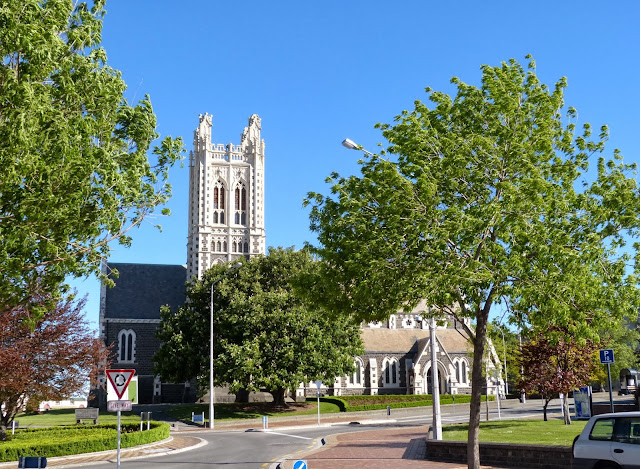 This church was not for sale. 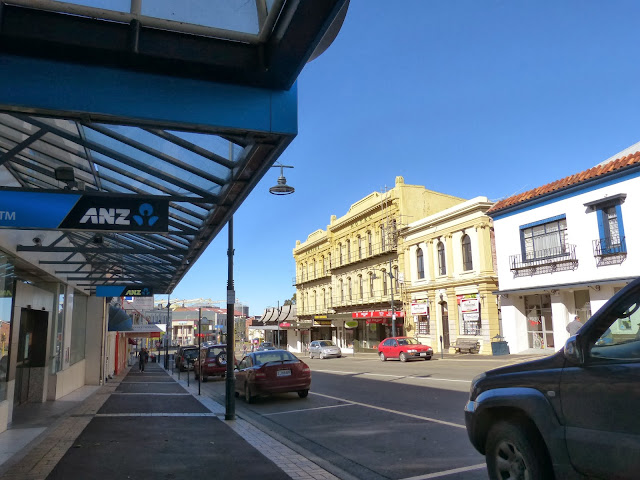 The main street was very quiet on the Saturday afternoon. I suspect that downtown Oamaru would be much more interesting that downtown Timaru.

That evening we drove down to the harbour about 8:30 to watch for small Blue penguins that have set up a colony approximately 50 strong in Timaru. It was quite dark when some finally appeared so after seeing three of them, I had seen enough. It was getting quite cold in the wind coming down off the Alps and of course 'see one blue penguin and you've seen them all'.

In Australia they are called Fairy Penguins and you can see them at Phillip Island south of Melbourne.