Virtually the whole of Australia is experiencing a severe drought. We have seen virtually no rain in the month we have been in Oz, but finally some rain was in the forecast. By the way the best radar site and app I know of is Rain Alarm. 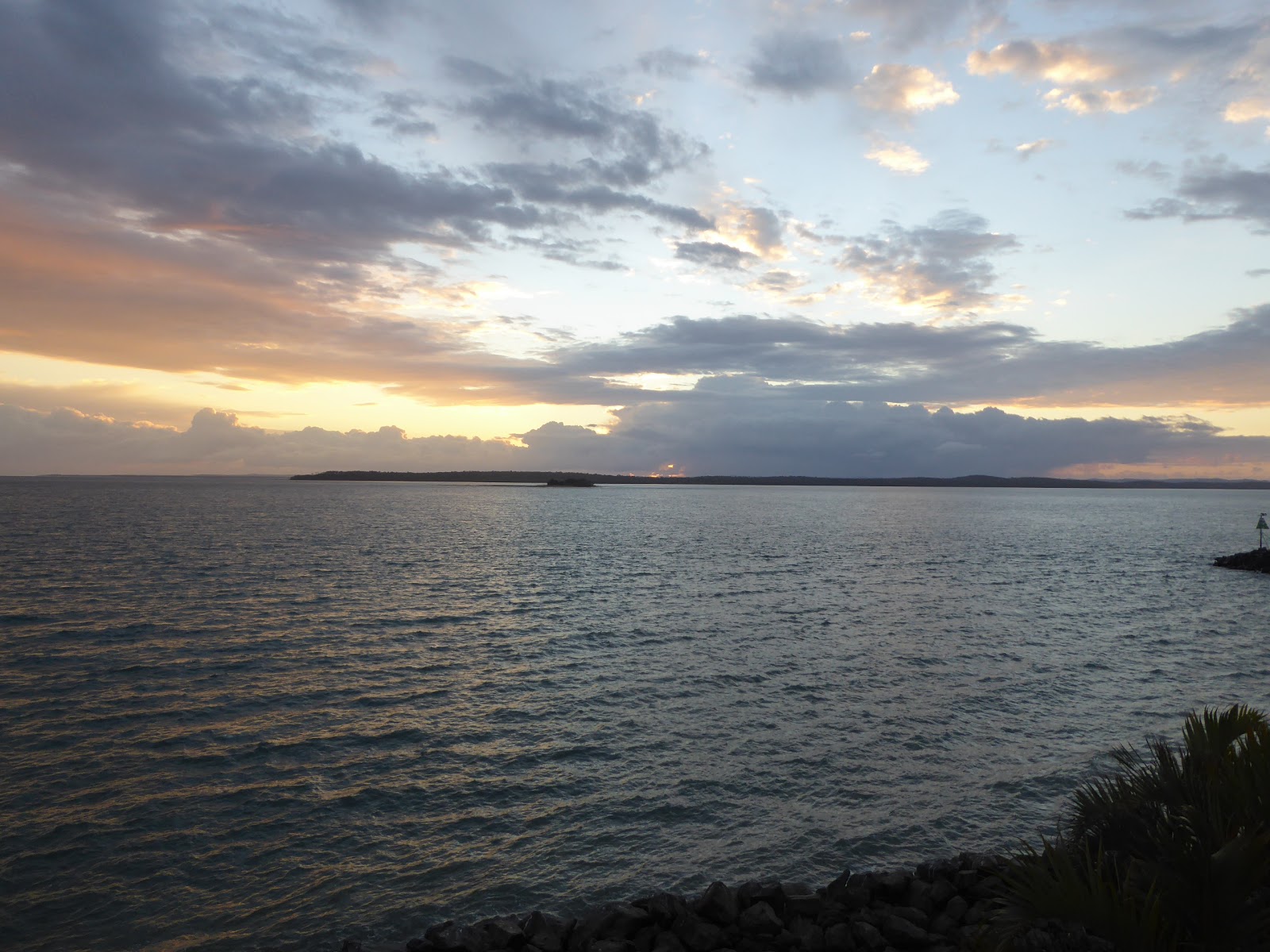 Instead of the usual clear skies at dawn, there were some clouds. 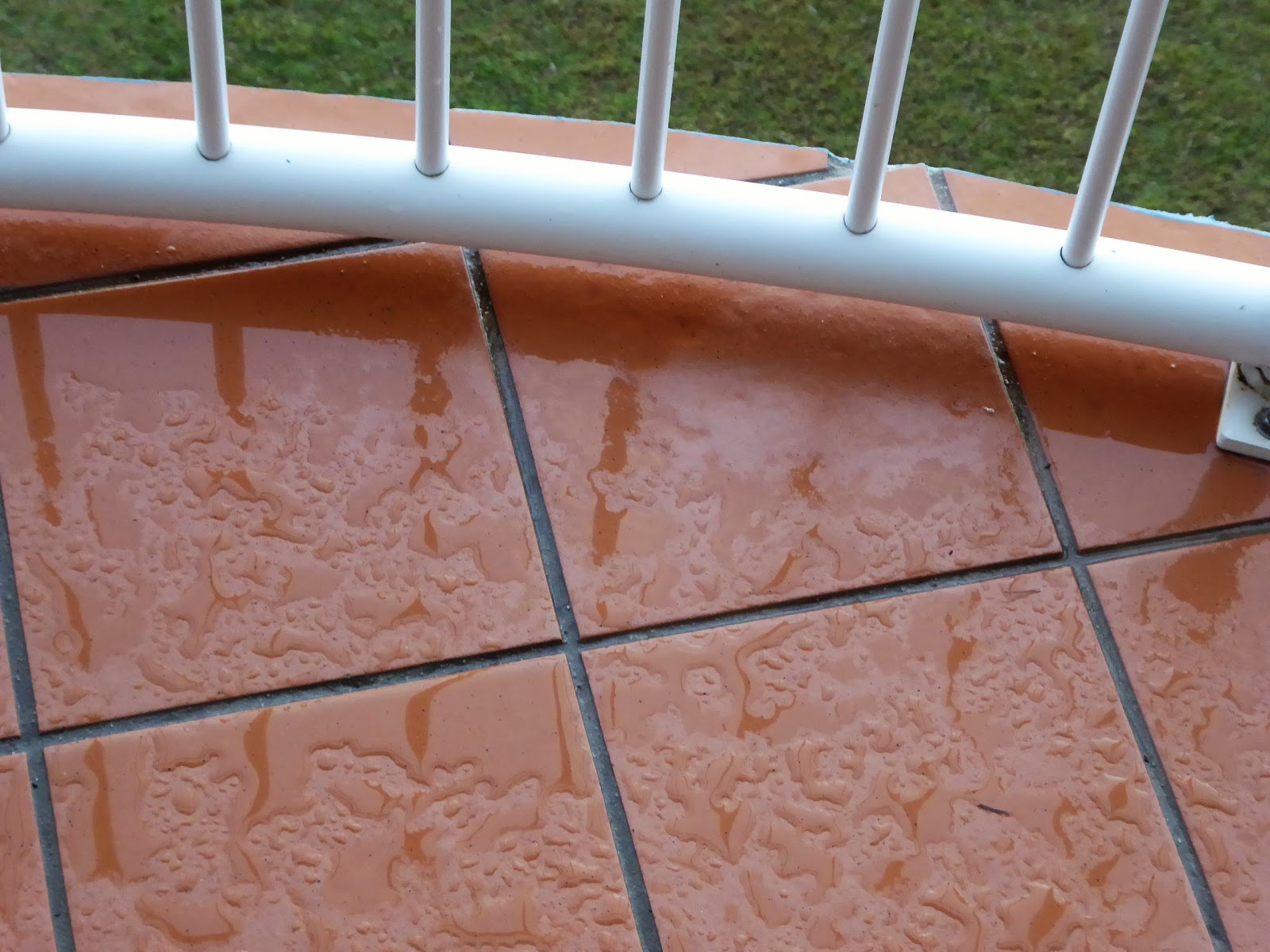 Late in the afternoon, the rain arrived. 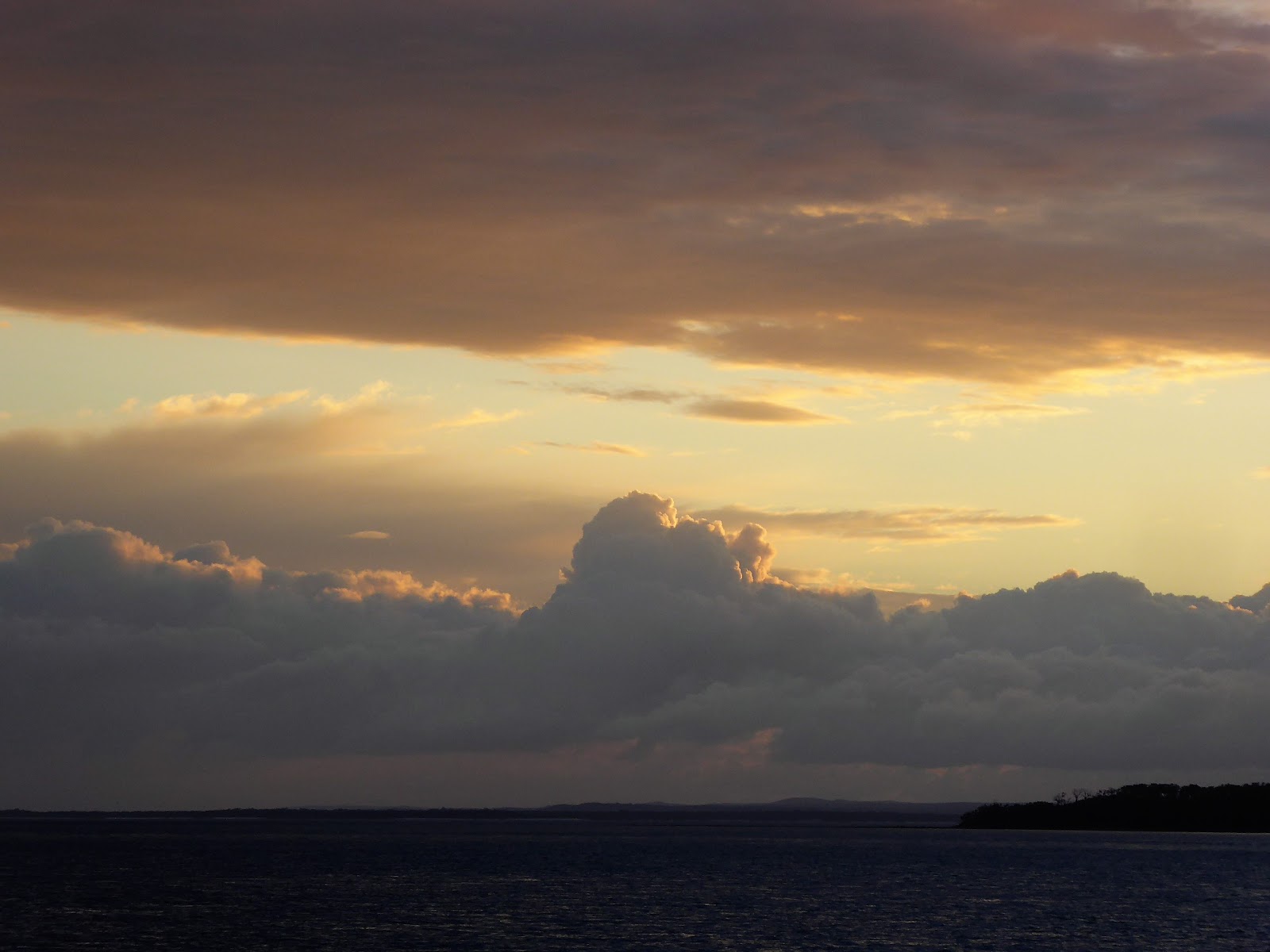 Since we have a great view from the unit, we can watch everything as it develops. 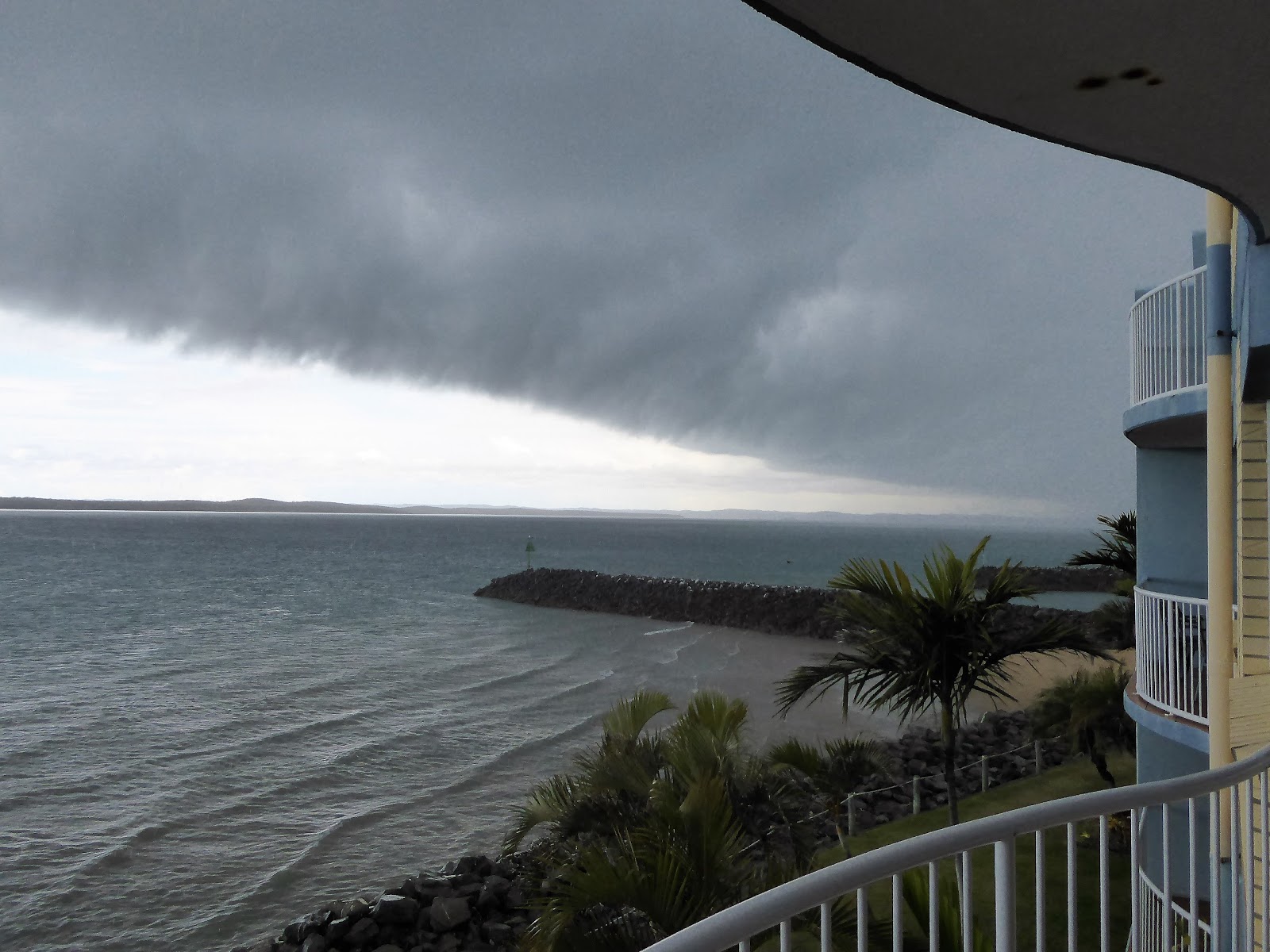 A second batch of rain moved in. 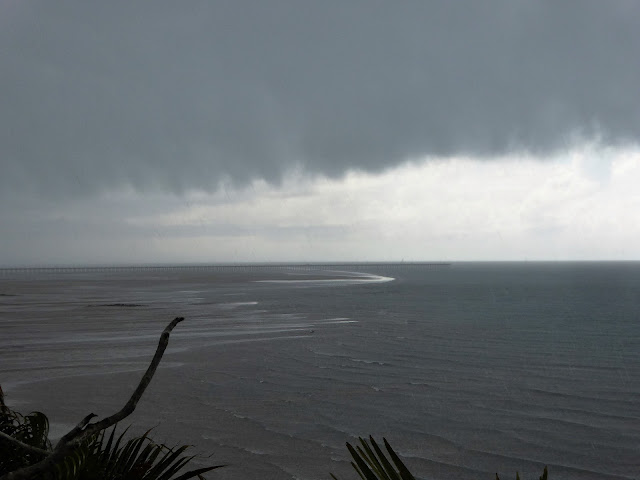 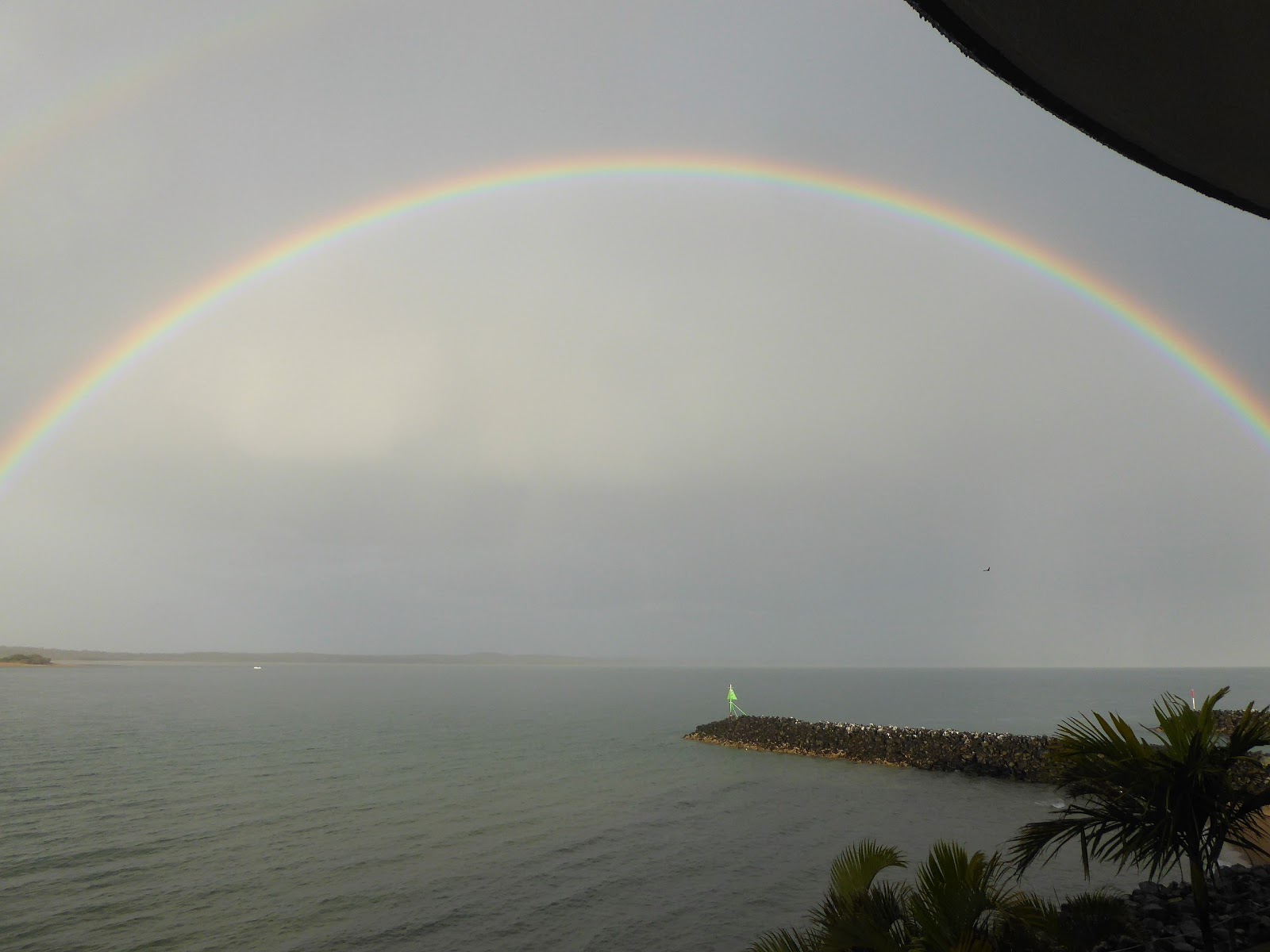 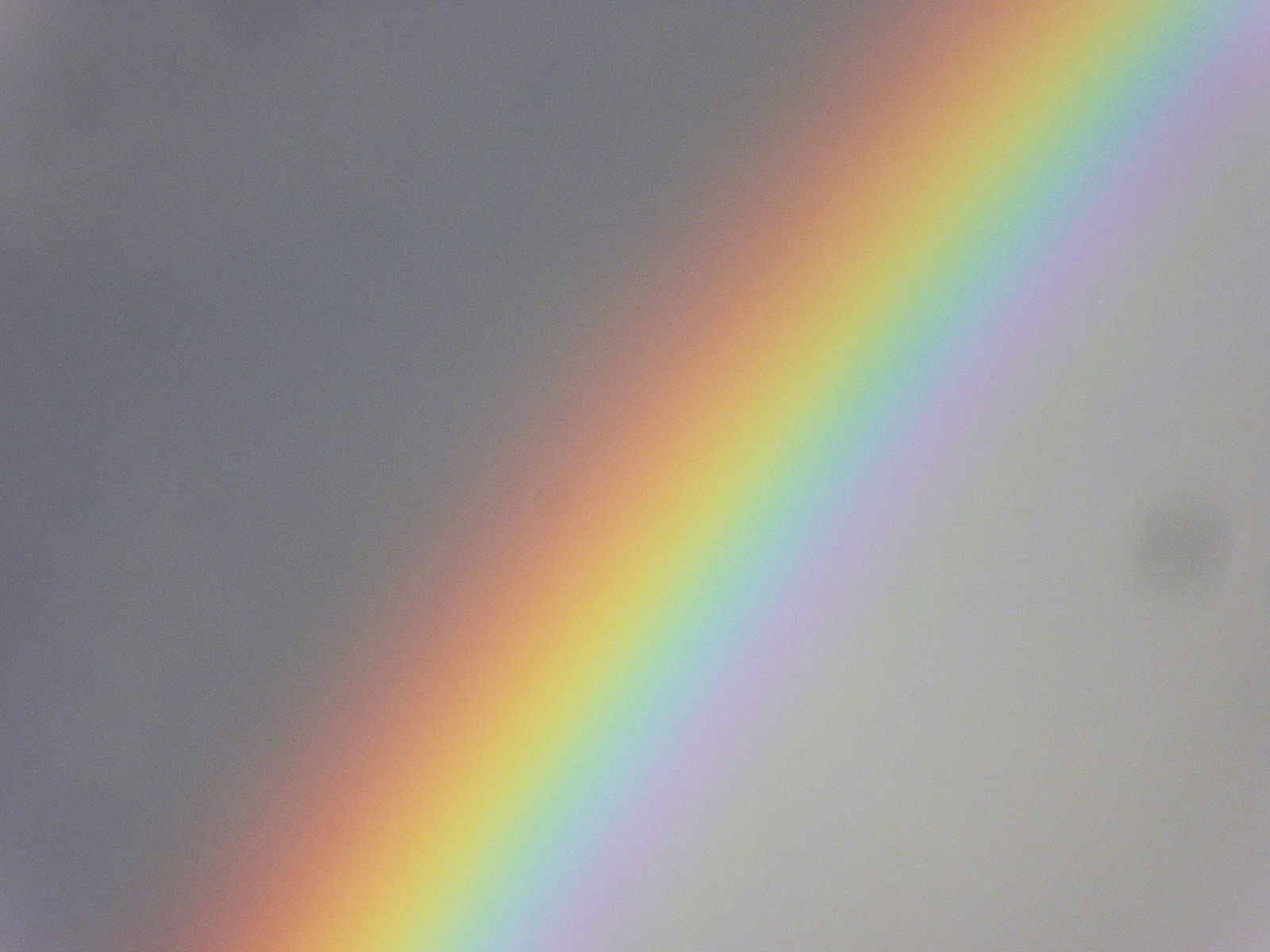 The sun is very strong and rainbows can be very intense. The latitude in Urangan is 25.3 S. To put it into perspective, Key West in Florida is at 24.5 N. About half of Australia lies in the tropics. 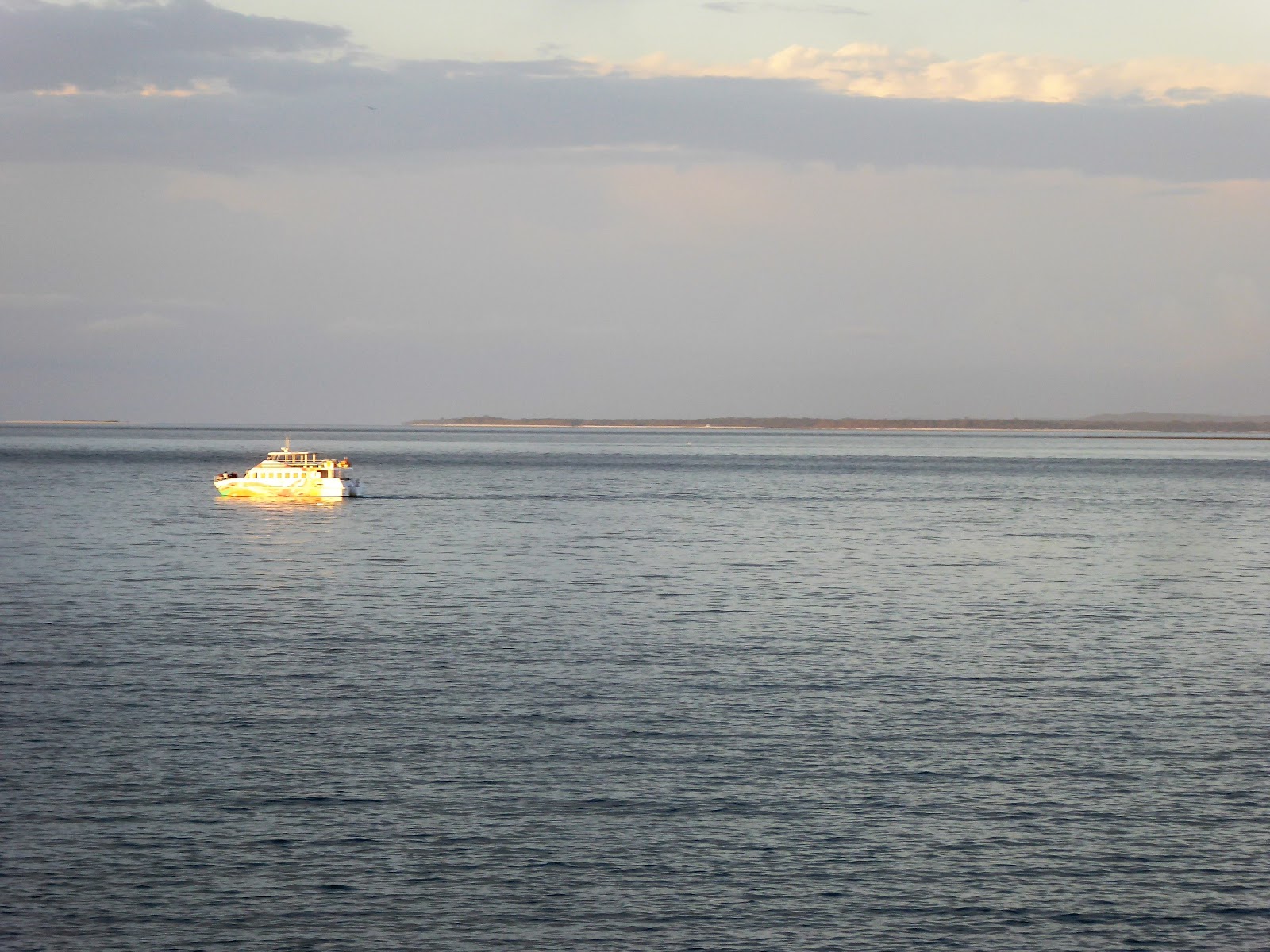 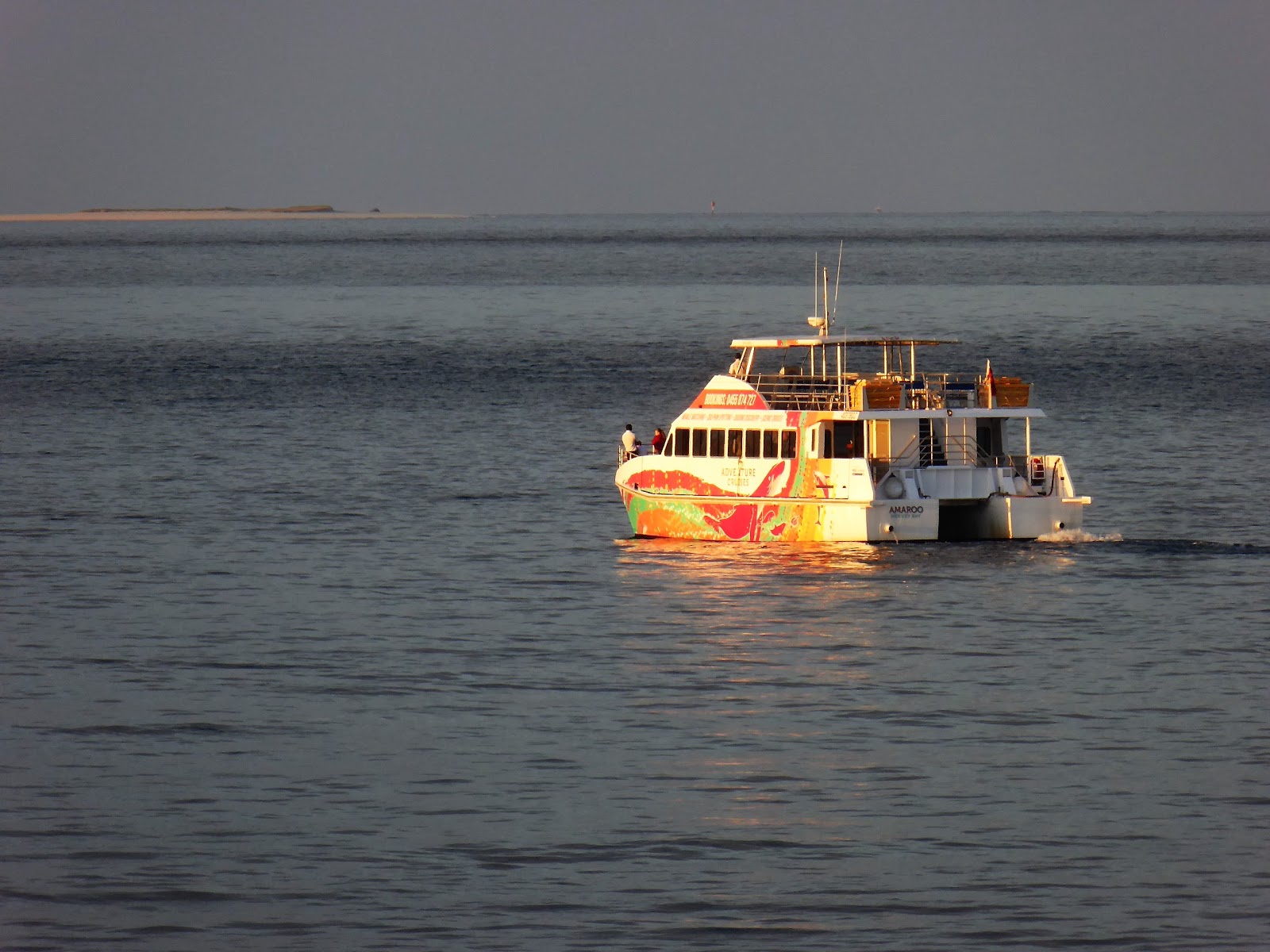 The strong sun illuminates the boat. 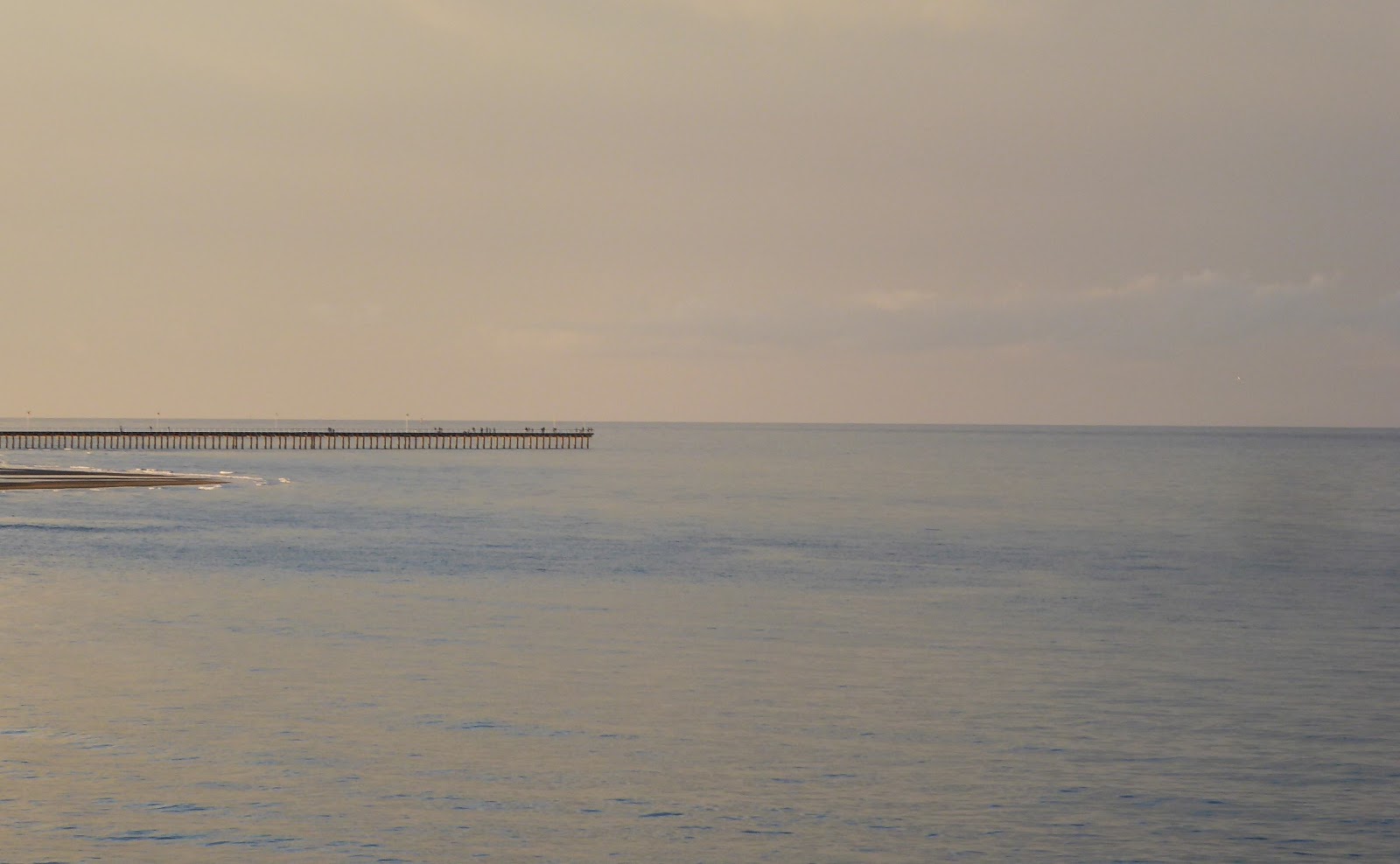 The jetty off in the distance. 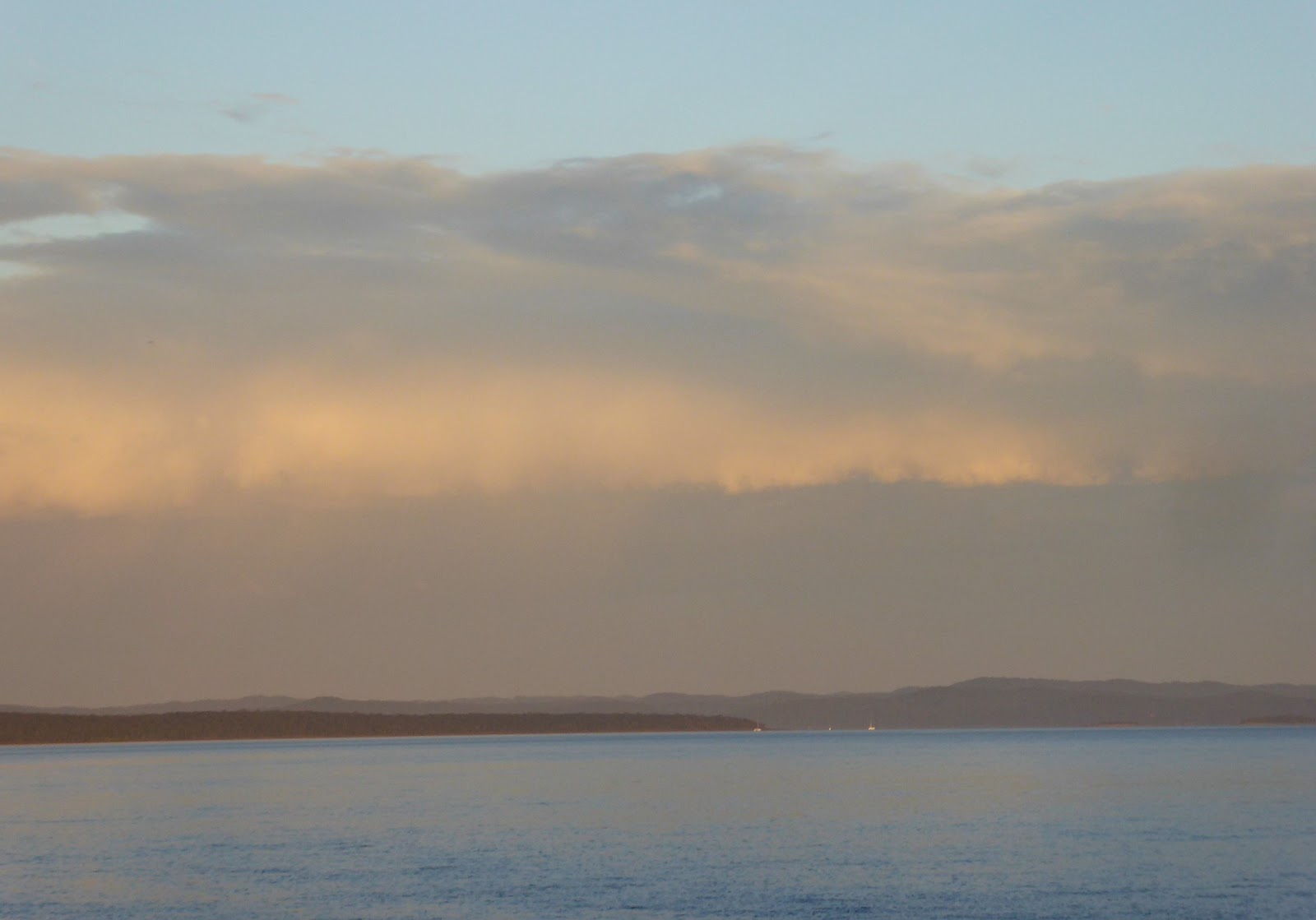 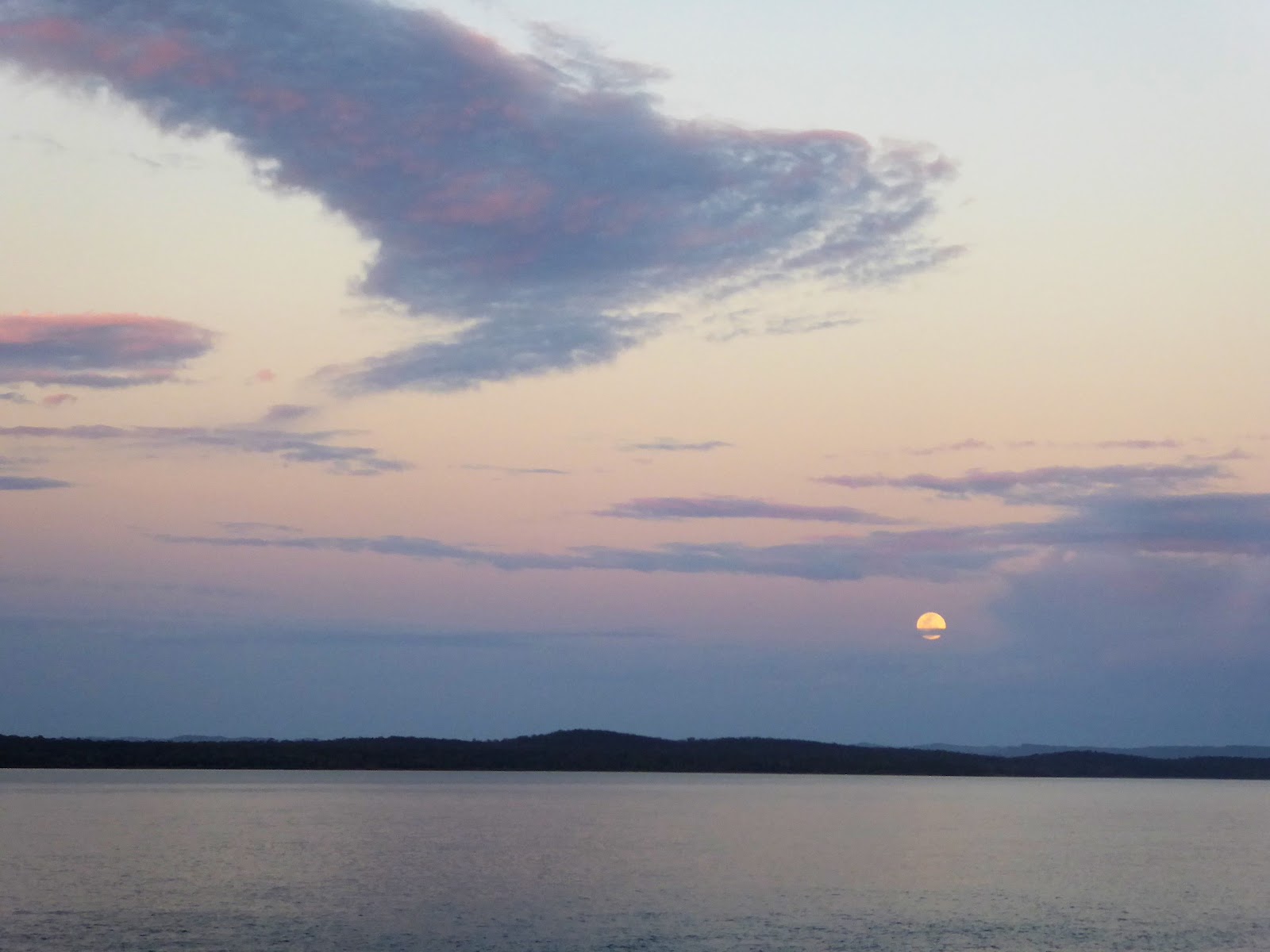 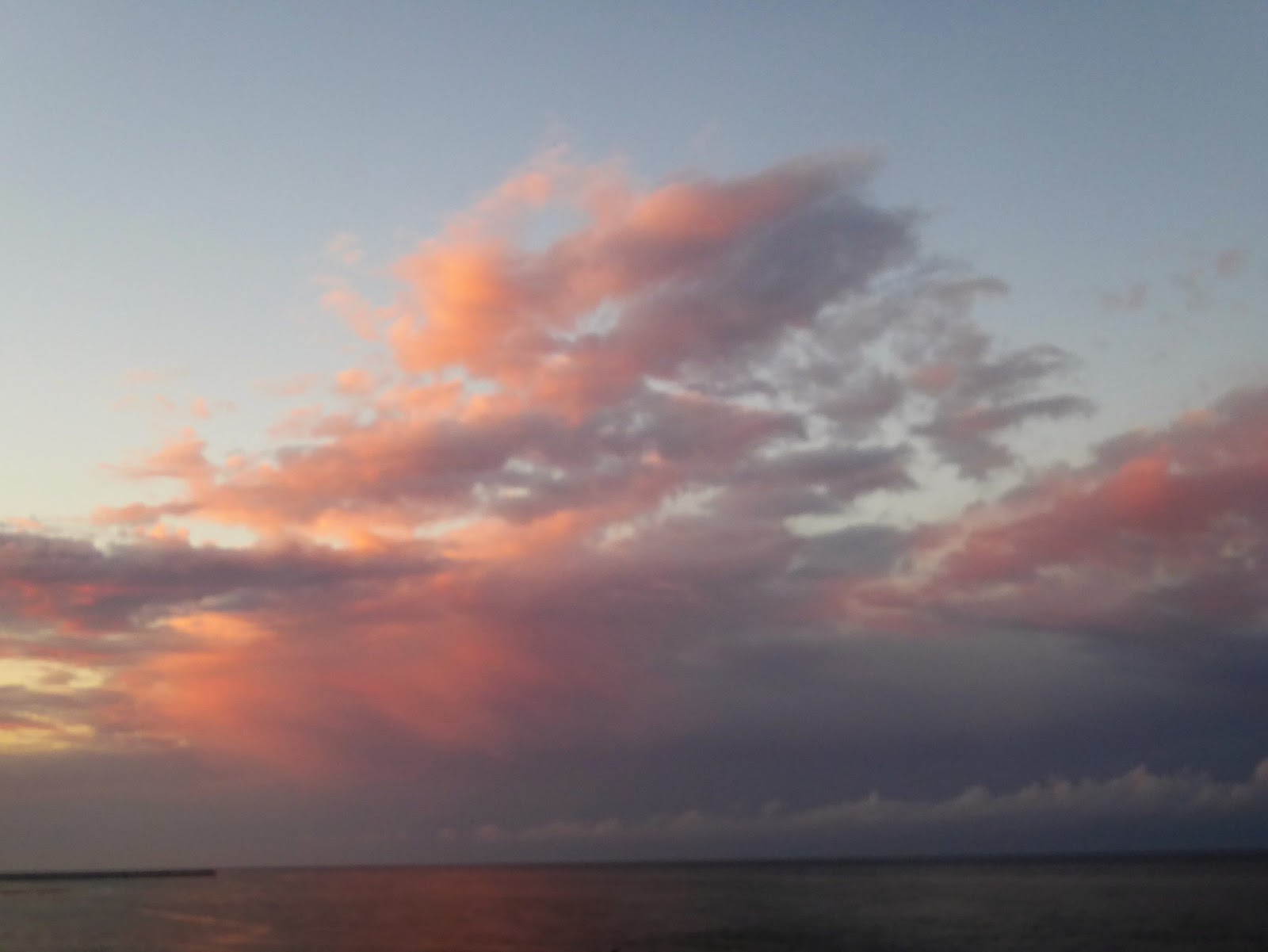 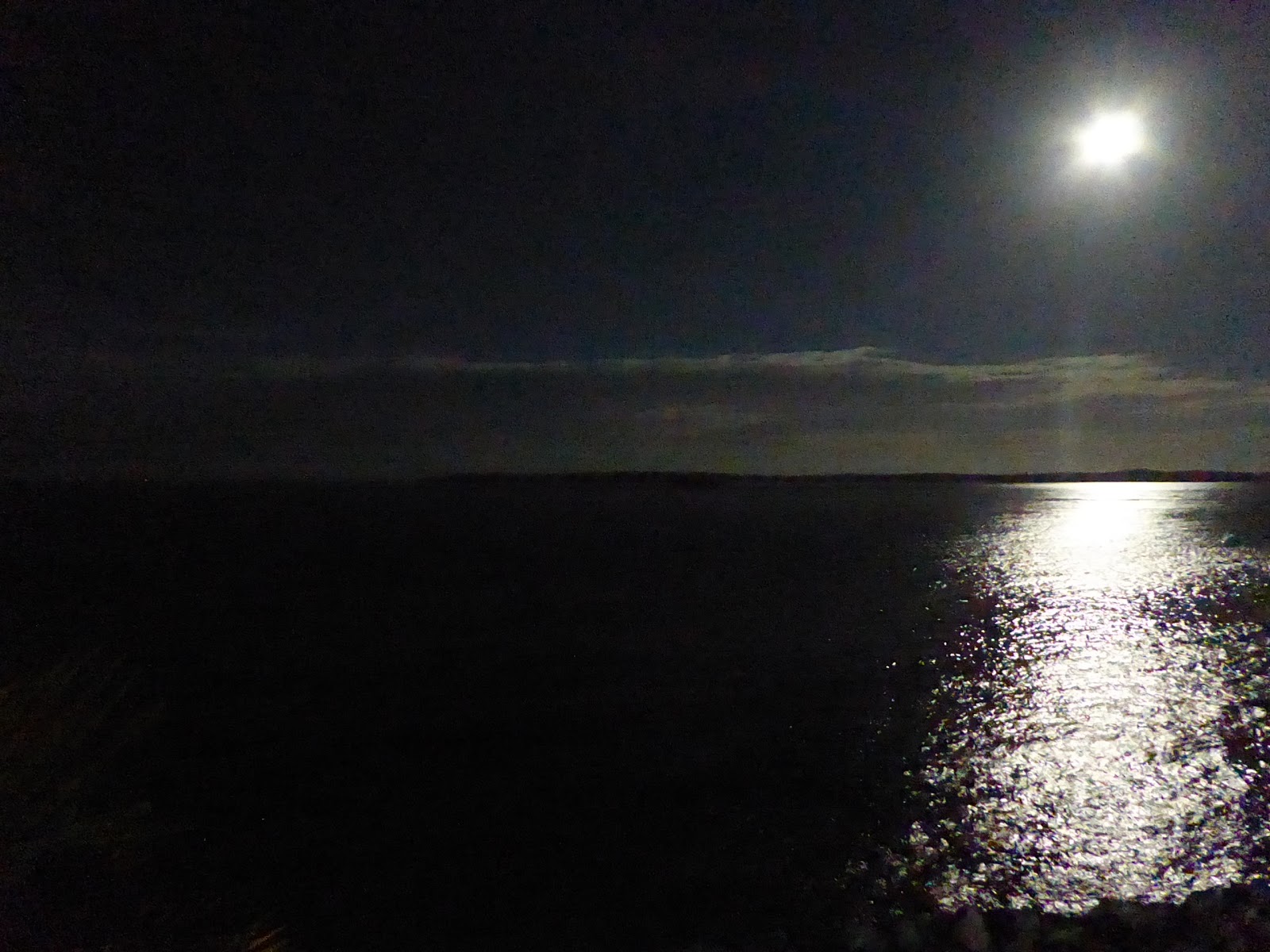 That evening after dinner we sat out on the balcony watching the moon reflection rippling on the water. Occasionally we would see some lightning off in the distance. It's a bit like sitting in an old picture theater looking at a huge screen with incredible scenes. Sheer magic.

Finally, you have to watch the reaction of one Aussie farmer to the rain.