The border between East and West Germany

The former border is only about five miles north east of Mellrichstadt just west of the small town of Henneberg.

Bavaria (Bayern) was in West Germany, Thuringen was in East Germany. 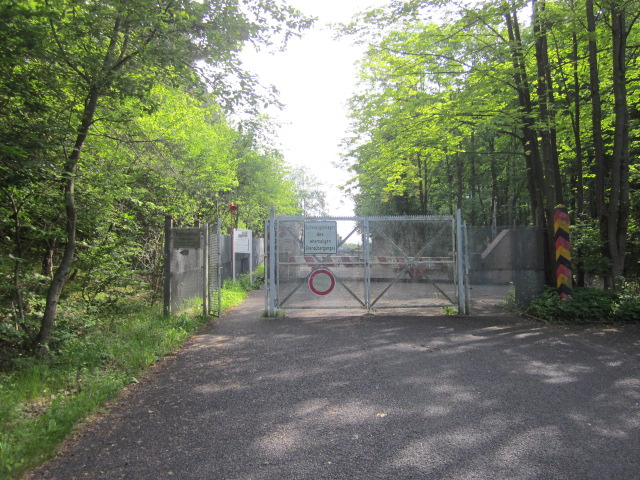 On this side of the gate was West Germany. 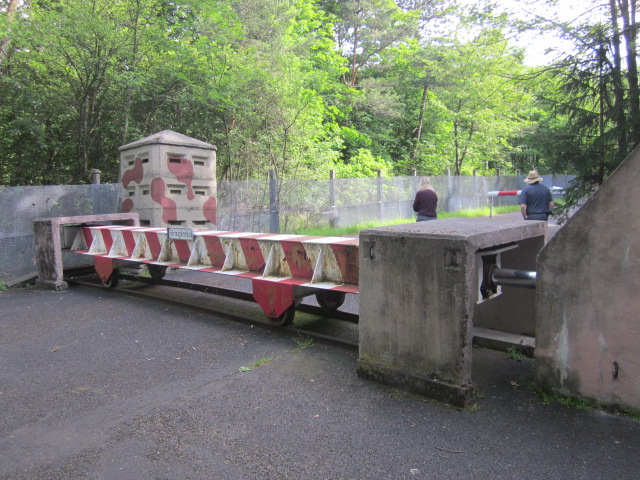 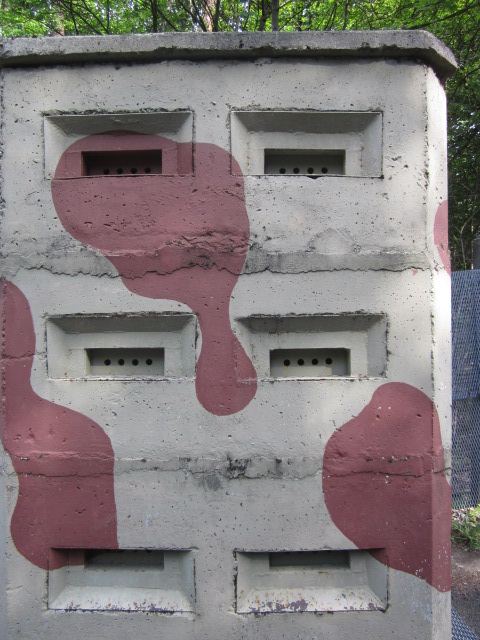 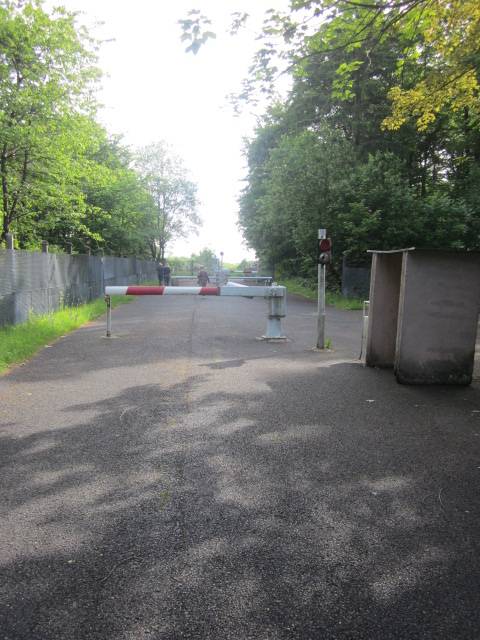 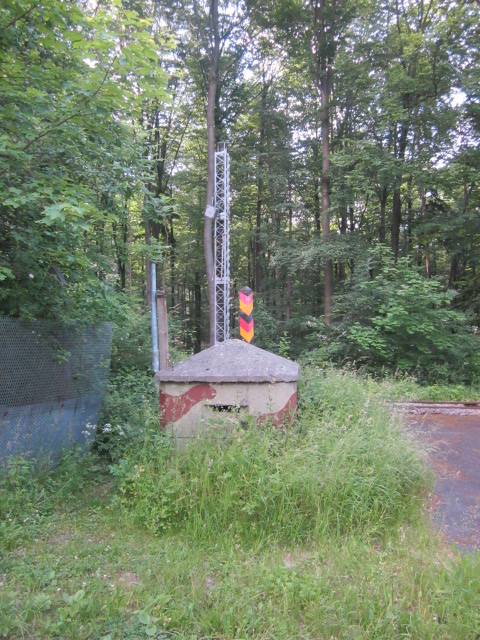 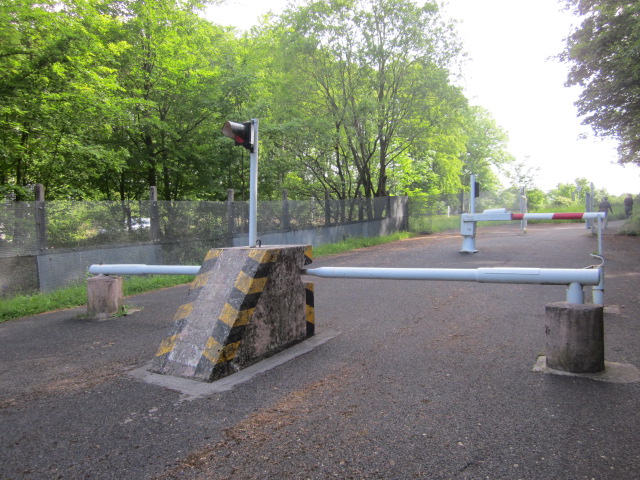 Various obstacles. I'm not sure if these items were actually there before the wall went down, because they seems to be on the former West Germany side of the border. I suspect they were installed elsewhere and were brought here as examples. 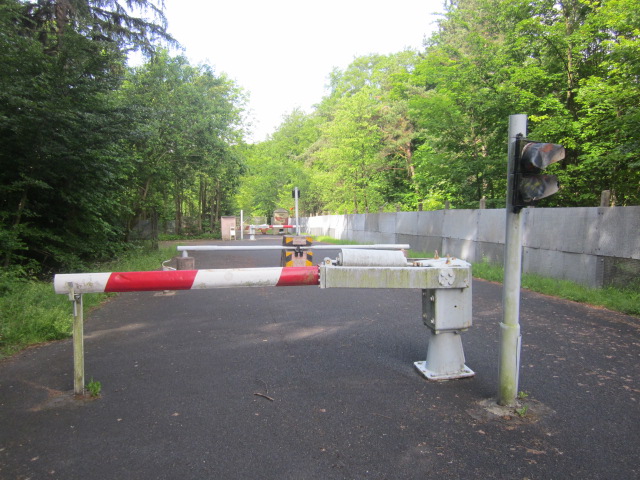 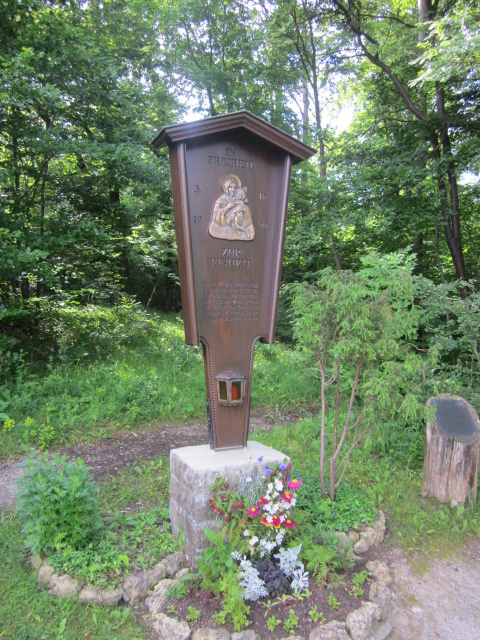 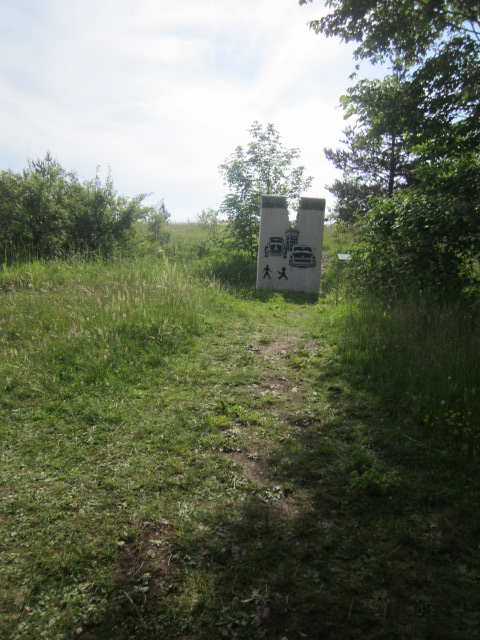 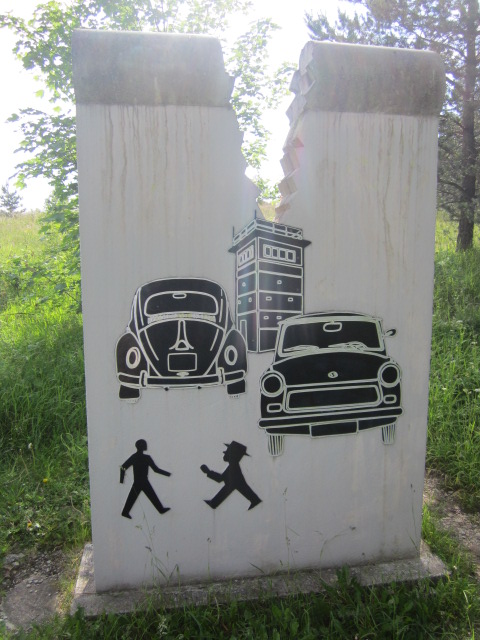 The actual border between the two states is further up the hill and seems to follow the top of the hills. 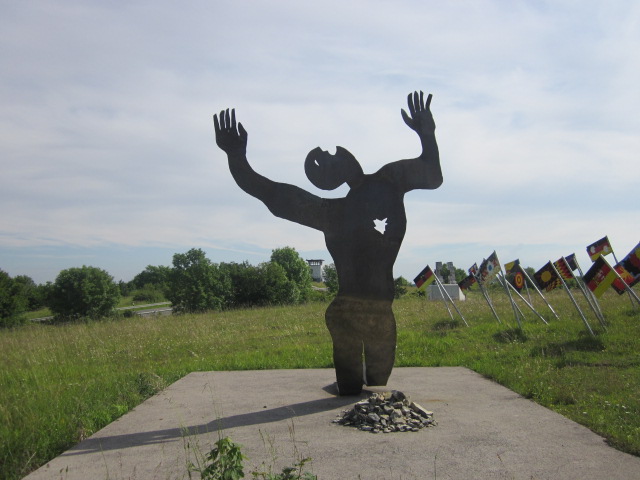 A remembrance park has been established with numerous statues and other symbols to reflect the separation of the people into two halves and their reunification. 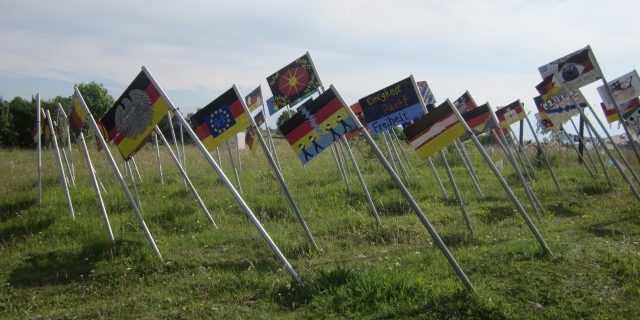 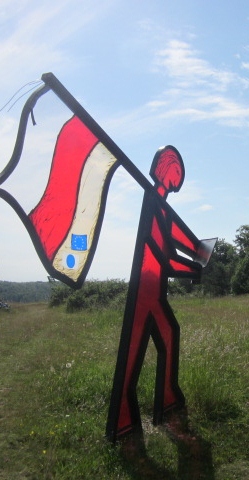 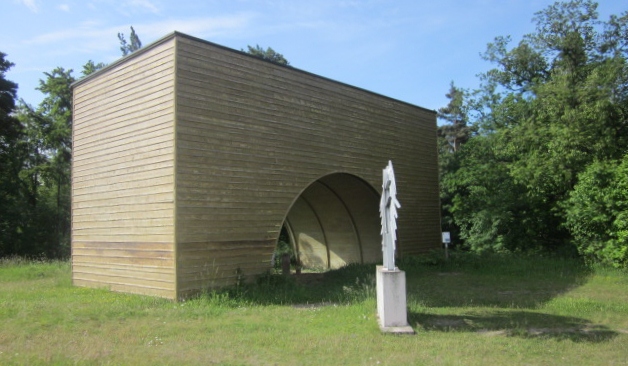 Inside the arch are a couple of old stone border markers. 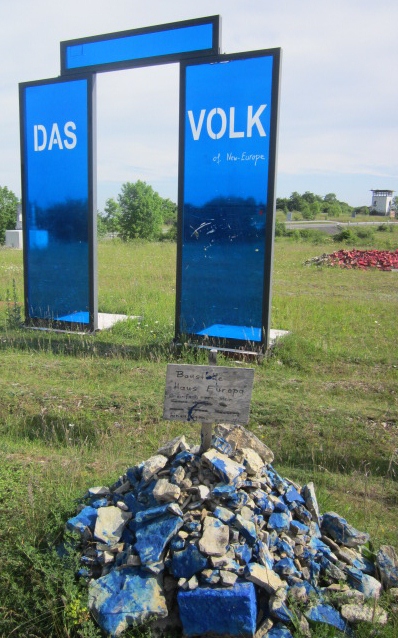 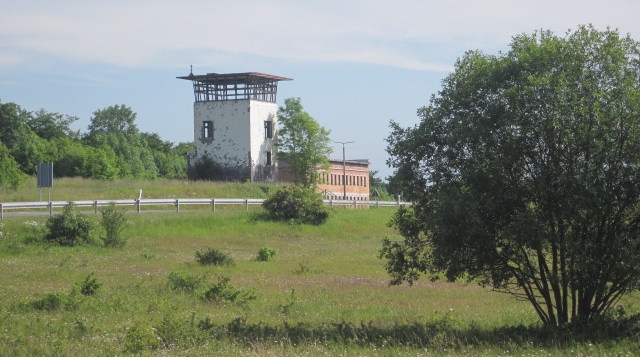 A watch tower and what we presume are barracks on the East German side. They are abandoned and there is no access point from the road. 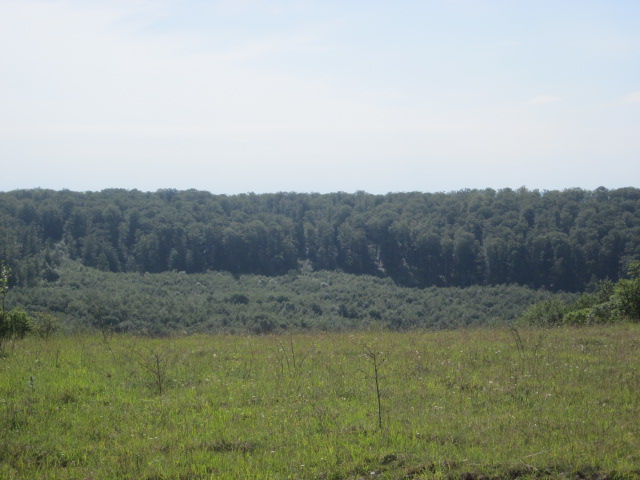 I presume this was the old no man's land where the trees were cleared to make it more difficult to escape. 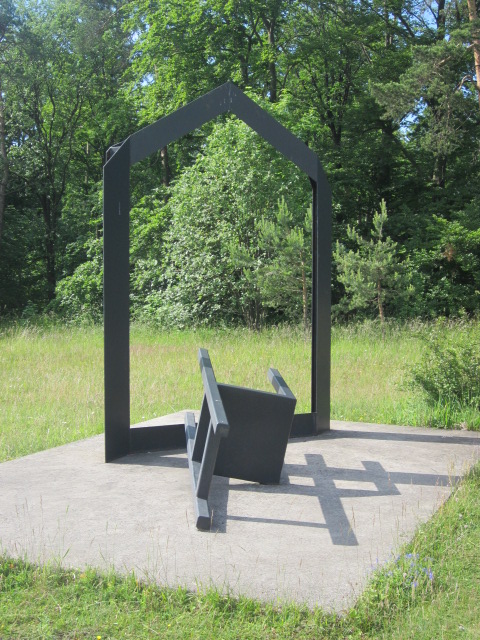 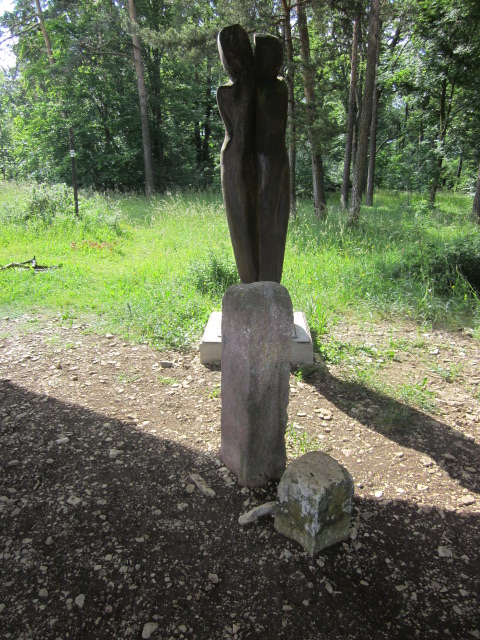 The old stone markers inside the arch. 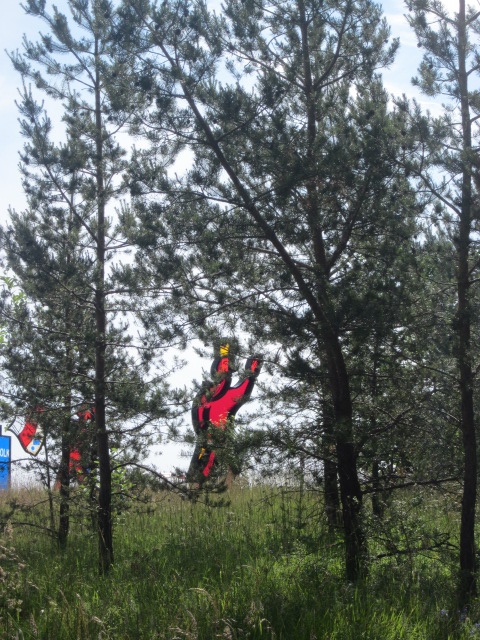 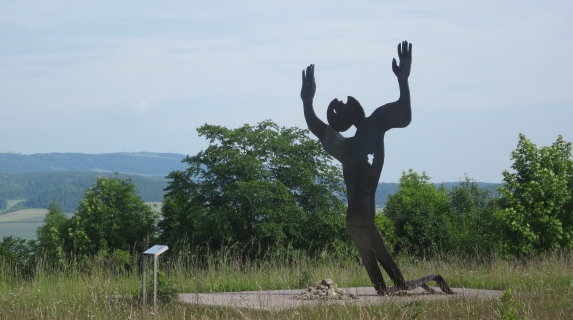 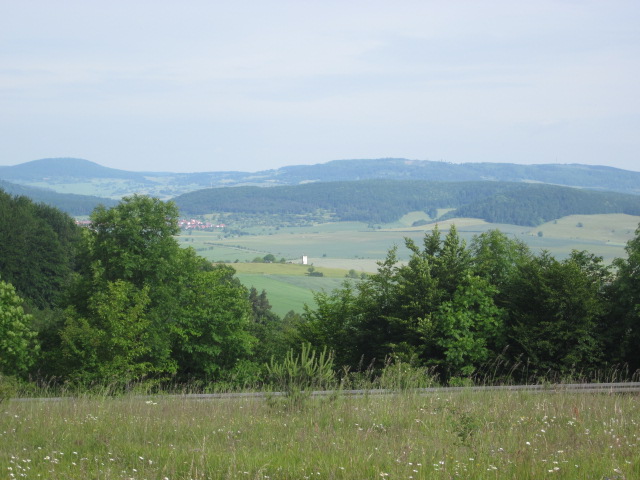 Looking into the former East Germany. 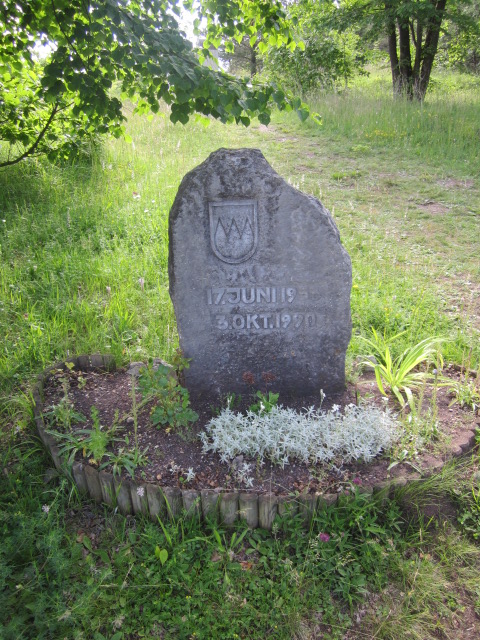 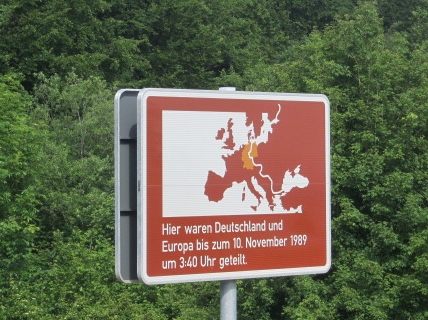