On our way back to Mellrischstadt from Bad Neustadt we noticed that something was definitely going on. There were people and cars everywhere. 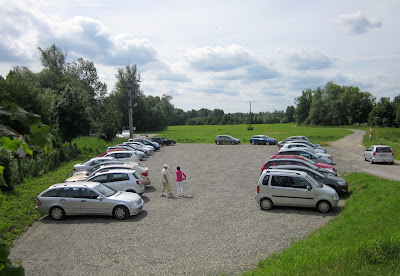 We left the car in the overflow parking lot where the circus had set up a week before. By the time we came back and hour or so later, cars were parked all over the place including way up the dirt road to the right. 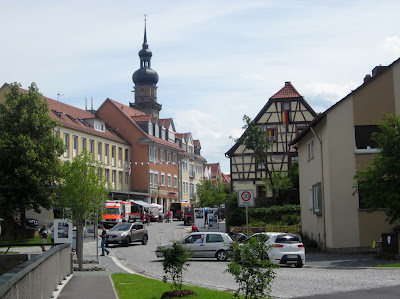 Cars being turned around since they were not allowed in the center part of town. It was all go.

First aid demonstrations and I think you could get your blood pressure taken. 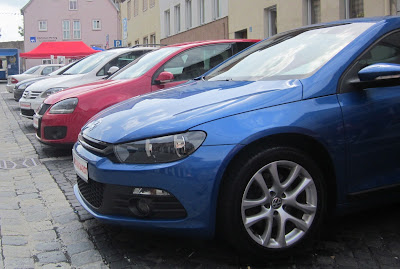 The local car dealers had their new models out on display. 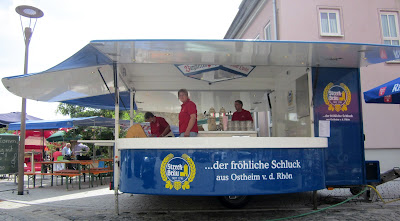 The beer stalls were ready to pour even though it was before noon. 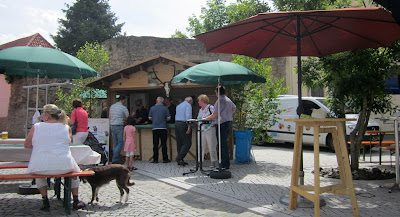 And the various food stalls were already doing good business. 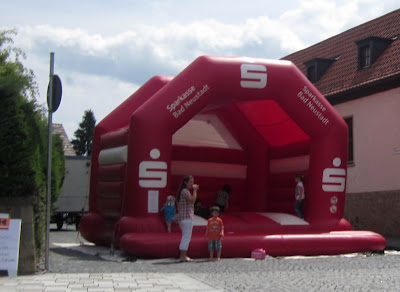 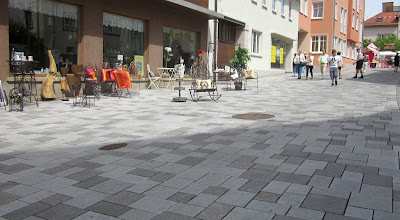 And this was the cause of it all. The street paving was finished and the town was celebrating. 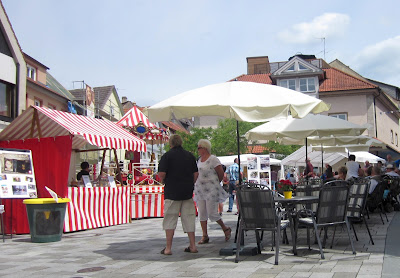 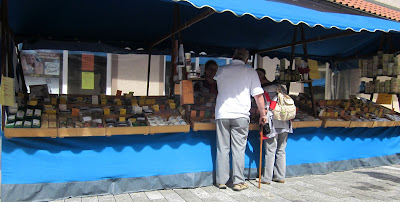 There was even a stand loaded with herbs and spices. 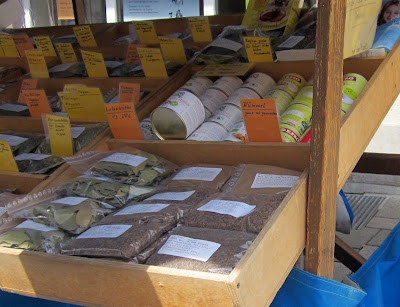 This was what we had experienced in France last year and had missed so far. 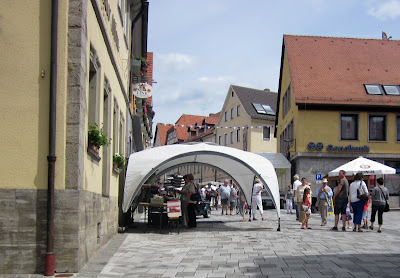 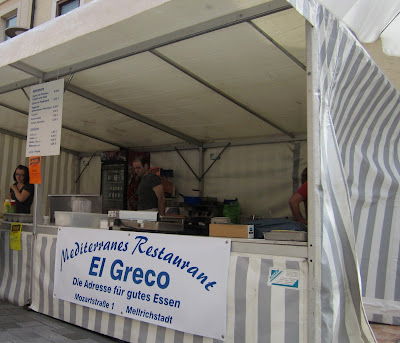 The local Greek Restaurant had also set up shop. It smelt really good.

Of course the bands were going to play and the horn section for one band was definitely present. 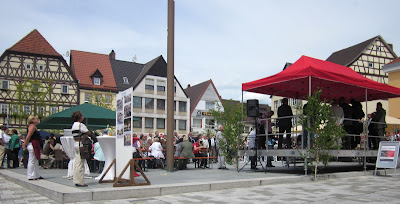 We reached the town center and the speeches were in full flow. Anybody who was anybody in the district was there to see and be seen. Even though the speeches were in German, I reckoned I could tell what they were saying. "This is all terrific and you can thank me for it and possibly some of the others gathered here". 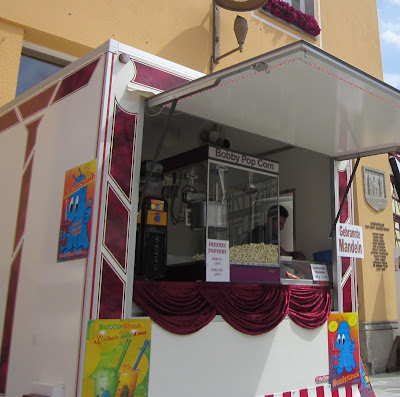 The speeches must have been good for nobody was buying any popcorn. 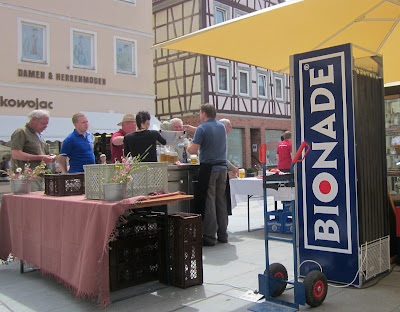 But some were buying beer in liter mugs. These were the sensible ones. 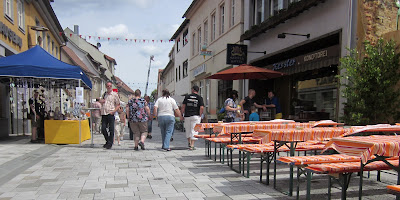 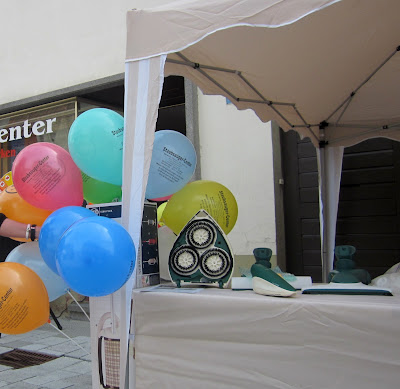 I have no idea what this three whirlygig device is, but it looked good next to the balloons. 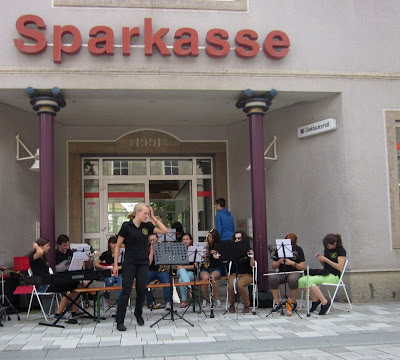 Another band trying to get up the nerve to actually perform. 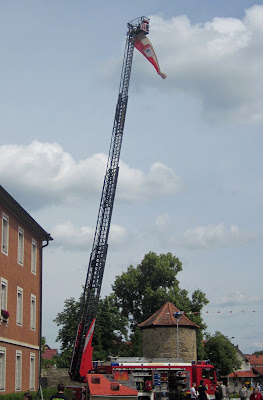 The local fire brigade were showing off their tall ladder. 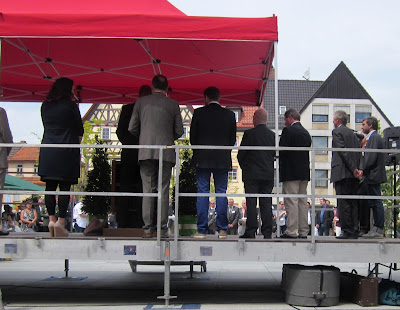 So we wandered back to the speechifying and I was intrigued by the blue trousers. 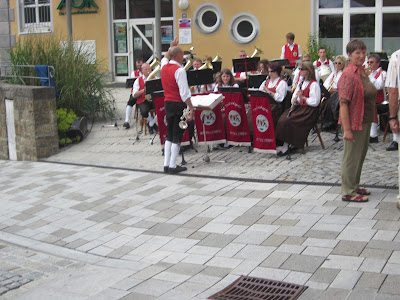 Another band was getting ready to play.


They didn't sound as good as the Bad Neustadt band but perhaps they were not warmed up. 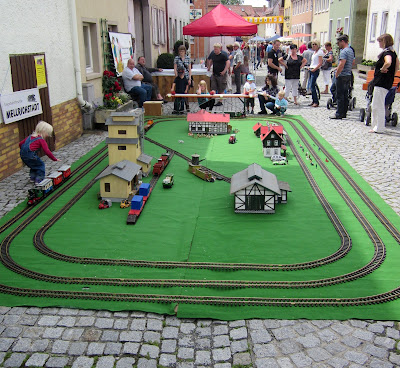 One of the back streets had this great train layout. The small boy on the left was escorting his train around and having a great time. 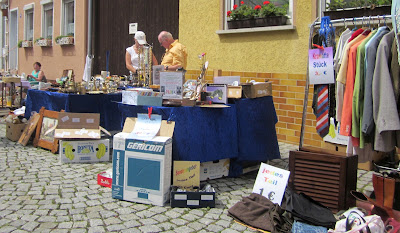 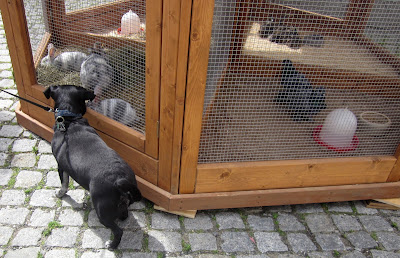 Dog nervously checking out the rabbits. 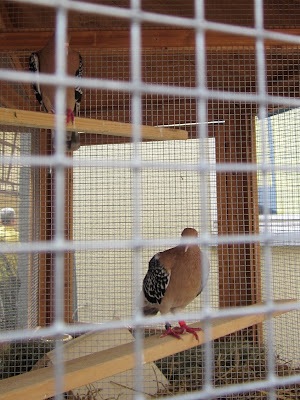 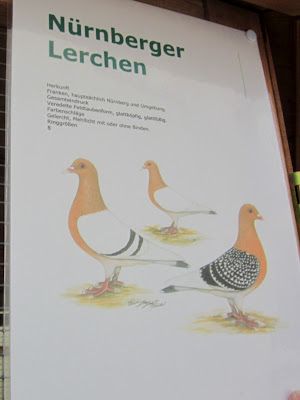 A lark from Nuremburg. Quite a pretty bird.

And so we decided we had enough excitement for one day and went home.