Those of you who have followed my blogs for a while know that I like to take photos of some of the food that we eat when we travel. 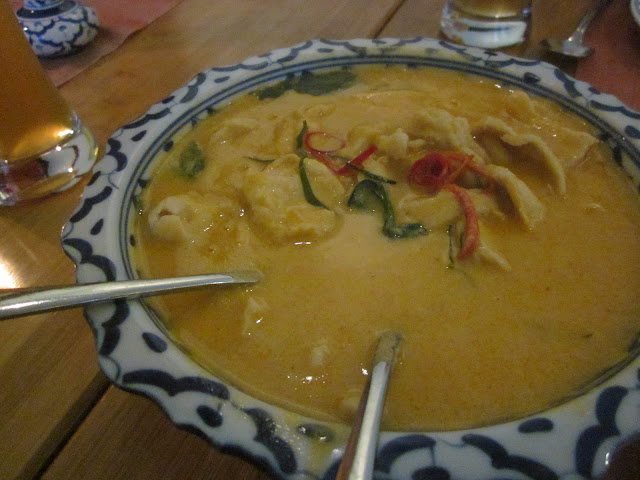 The first night in Berlin we went to a Thai restaurant just up the street from the hotel called Sisaket. I ordered the above chicken dish #138 from the menu. It was some of the best Thai food I have ever had. The coconut sauce had more texture than what I have typically had in the past. It wasn't ultra spicy, in fact I would say it was only moderately spicy. 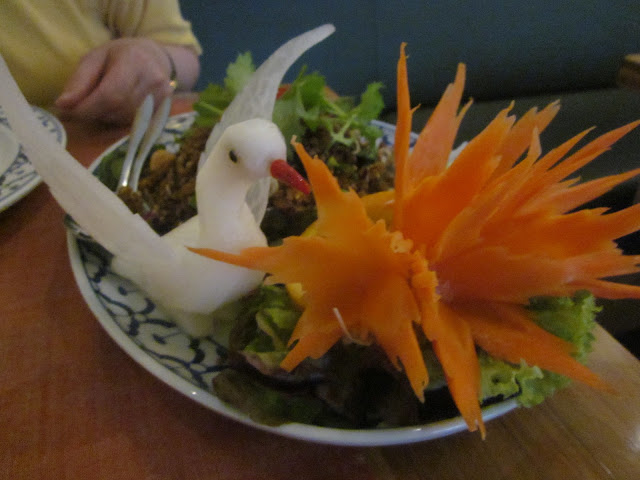 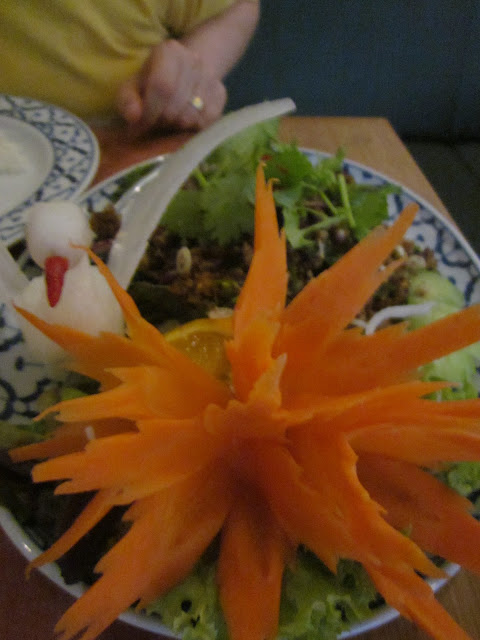 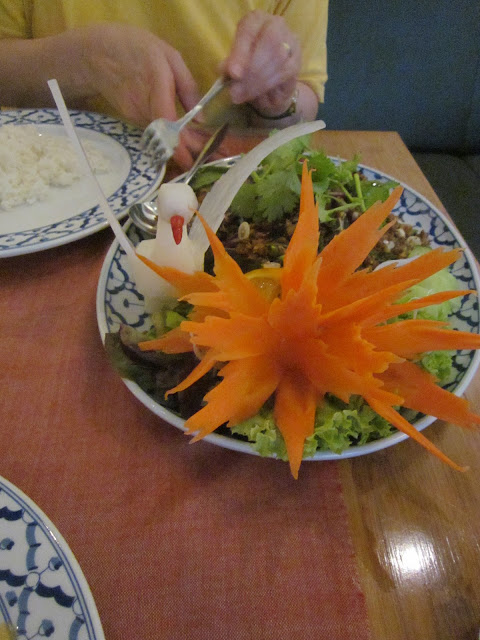 Marianne won the prize with #157. The orange stuff is carrot. The bird was made out of a radish and we each tried a wing. The beak is probably a chili. The ground duck was interesting but very rich and filling. Even I could not have finished it.

We decided that nobody actually eats the bird but people will pluck off a wing. That bird body might be six months old. However, since it is probably fresh each time, you have to wonder how much effort goes into carving the body and the wings. 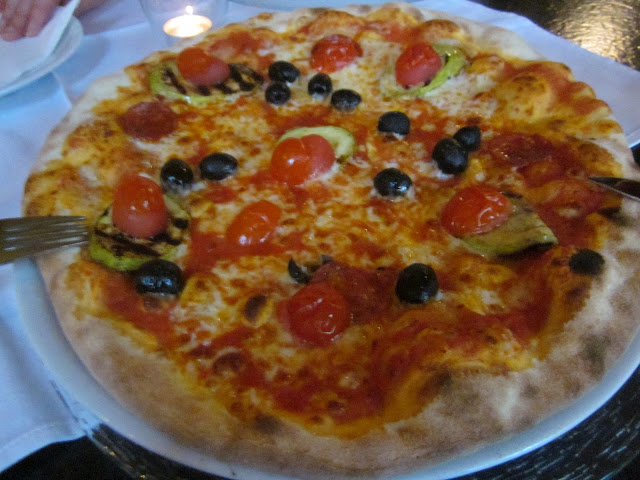 After the long walk around Berlin, we did not want to walk far to find dinner so we went to the Italien restaurant next to the hotel, La Via del Muro. It was rainy outside so I wanted something warm and hearty and ordered a Sicilian pizza. It was a thin crust so I had no trouble plowing my way through it and it was quite simple and tasty. 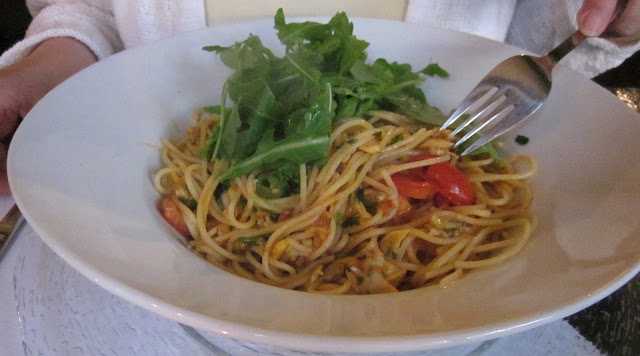 Marianne ordered pasta with clams. It was ok but nothing great. 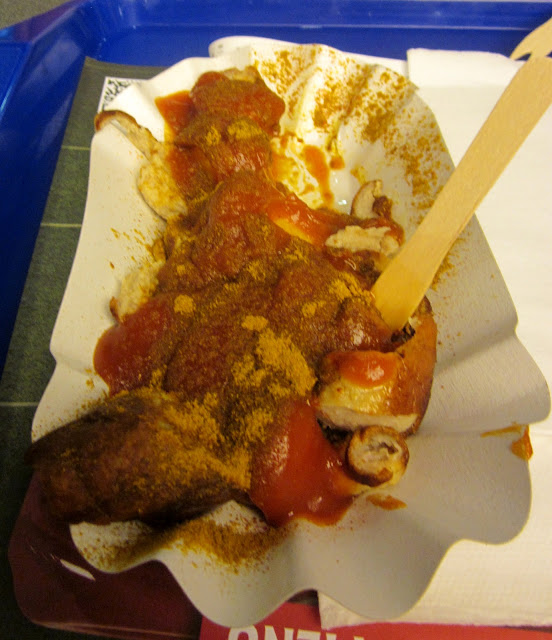 Berlin prides itself on the range of restaurant types in the city. Restaurants featuring German style food are not as common as you would think. However, Berliners do love their currywurst so I decided to try some at the station as we were leaving to catch the train on the way back to Mellrichstadt. It had a very strong flavour and I quite enjoyed it.