Mellrichstadt holds its market every Thursday so we drove down to check it out.

After our experience in Selesat last year with their market, we were expecting something a bit more than the three or four vendors. Selestat is many times bigger than Mellrichstadt and perhaps larger German cities would have more vendors.

From one lady, we bought a couple of strussel type slices, one apple and the other rhubarb. Both were delicious. In addition, another vendor was selling spargel (white asparagus) which we had eaten in Fulda. We bought a kilogram for 8 euro. 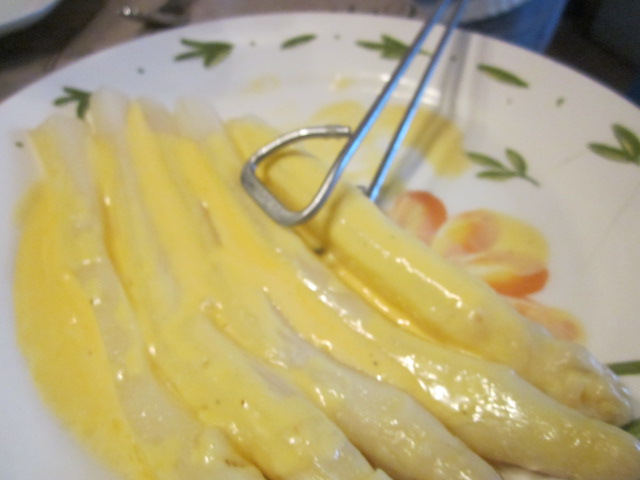 Marianne found a spargel cooker at the house and so we had half of the stalks for dinner. You peel the stalks and then boil them in a tall pot until the stalks become limp. She also whipped up a batch of Hollandaise sauce. 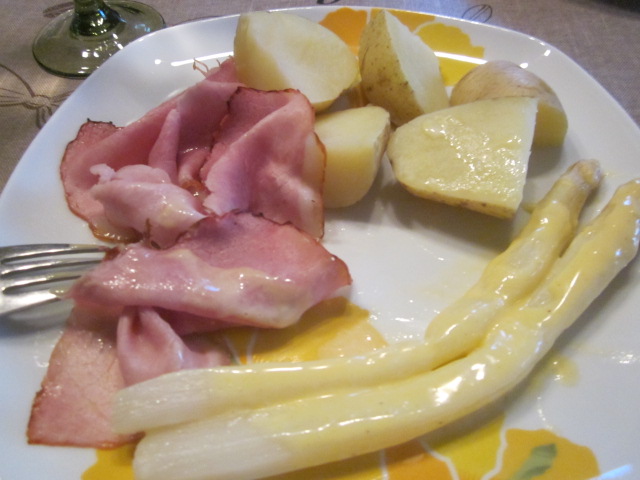 A 1 euro pack of sliced ham quickly heated along with some boiled potatoes and there was dinner. Add a bottle of German wine and it all makes a great dinner. Spargel is addictive. 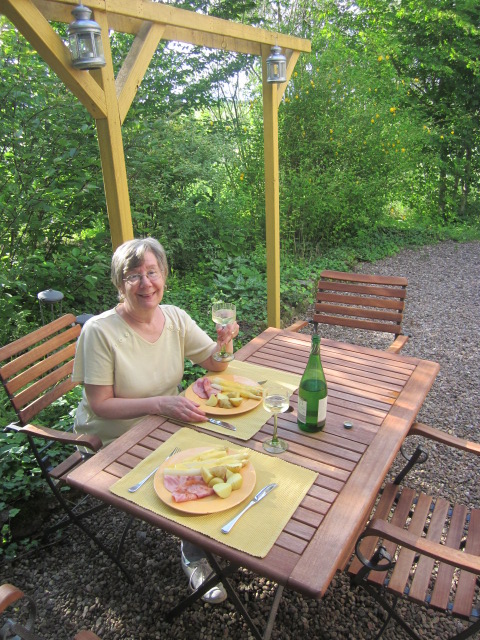 So here is round two of the spargel. It was an absolutely lovely evening after out visit to the Meiningen engine workshops and Marianne suggested we eat outside. These are the memories you cherish when you do house exchanges.