Train from Mellrichstadt to Berlin

Five years ago I purchased a 15 day Eurail pass and started and ended the trip in Berlin. I was fascinated by the place and all of its often rotten history. Marianne expressed a desire to see it so we booked a hotel for a couple of nights and off we went using a German Rail Pass. 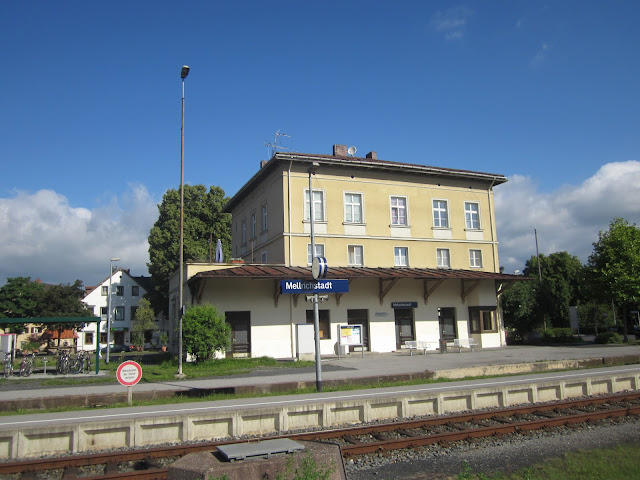 It was perhaps the most beautiful morning we had experienced so far in Germany which would have been ideal for walking somewhere but we got in the train and headed off.

This map gives you a rough idea of the route. It actually shows the roads not the train lines, but you can get the overall picture. 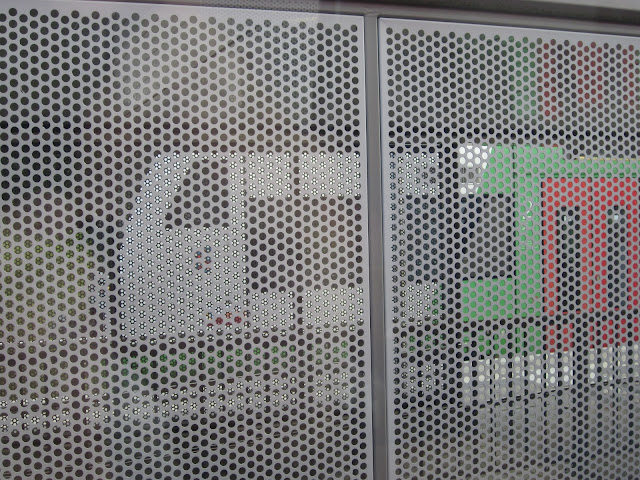 This weird photo is of a metal grid protecting stairs leading down under a platform. The colours are a train on the other side. 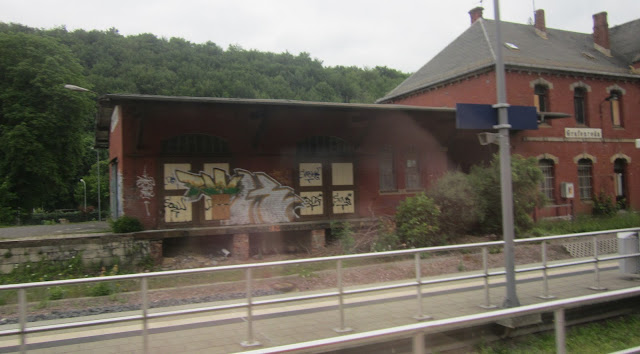 Most of the stations on the branch line that services Mellrichstadt north to Erfurt are in poor condition. They are all in the former East Germany and most of the buildings have an abandoned look. 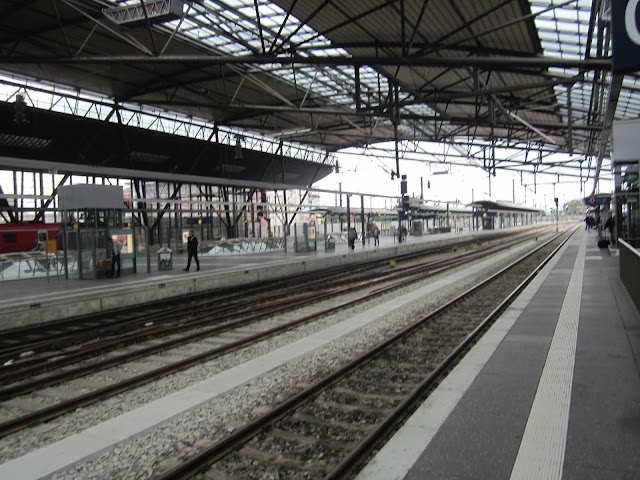 Station at Erfurt where we caught a ICE train to take us to Berlin. Erfurt is one of those largish German cities that you probably have never heard of. It's supposed to have a lot to see so we will hopefully drive up there and check it out along with the nearby Weimar. 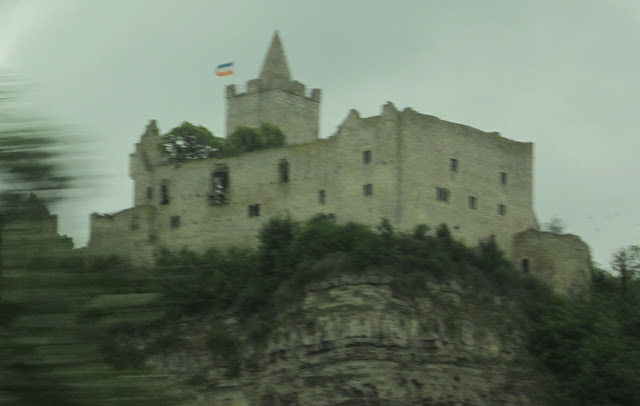 We had seen some of this journey before on our trip to Dresden, but today we had sun. The above two photos look much better when you click on them.

Some of the towns were quite pretty with their use of lakes. 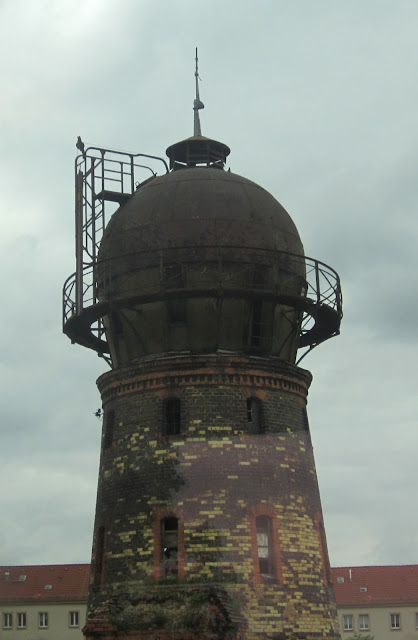 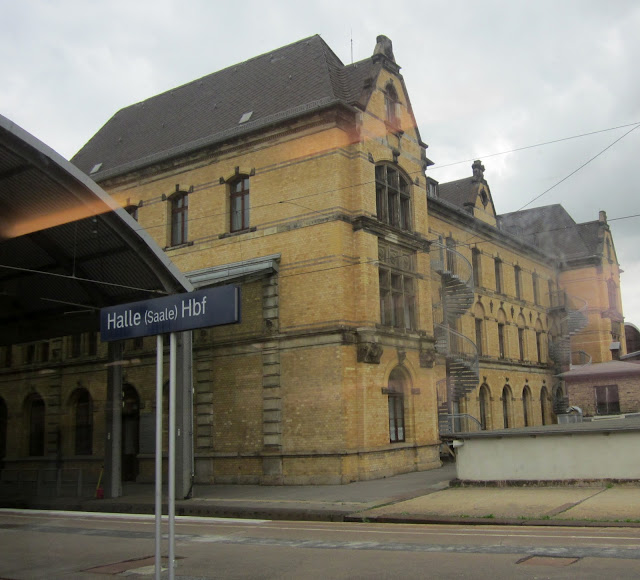 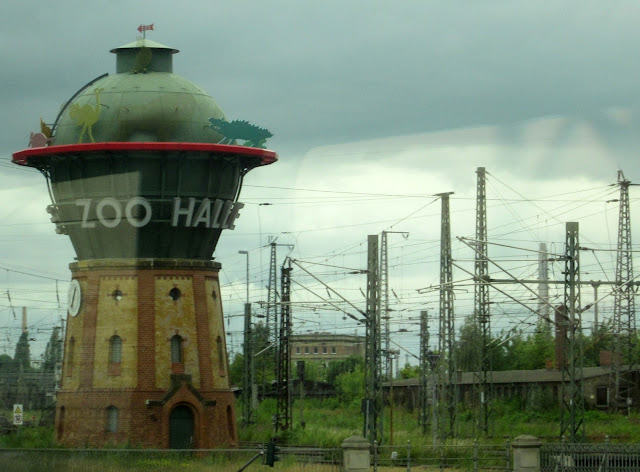 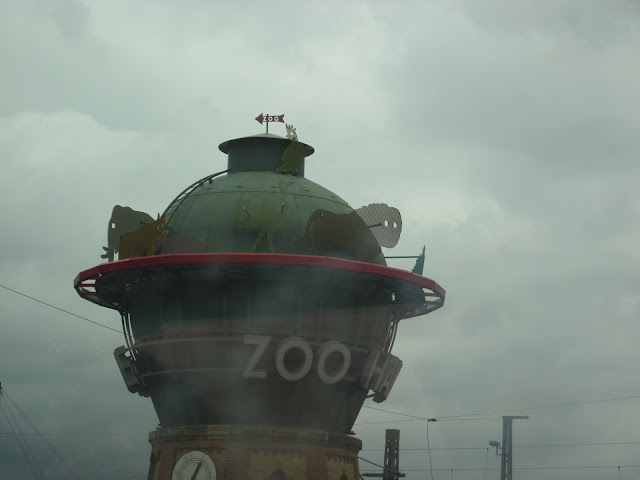 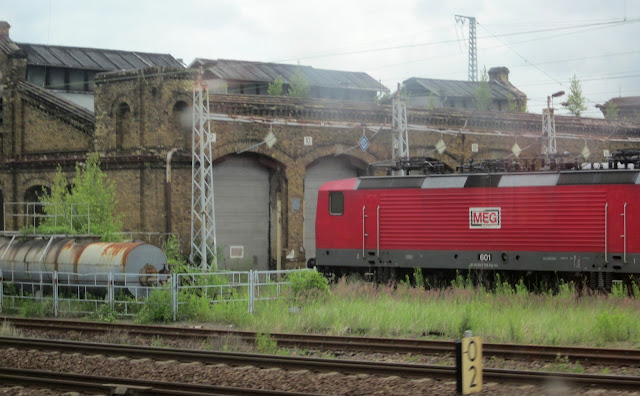 We were intrigued by some of the old water towers that would have serviced the steam engines that were used in East Germany.

As we approached Berlin we passed a few marshes. Berlin is apparently built on marshy land.

We passed numerous groups of wind mills. This was odd in that it was standing by itself, all alone. 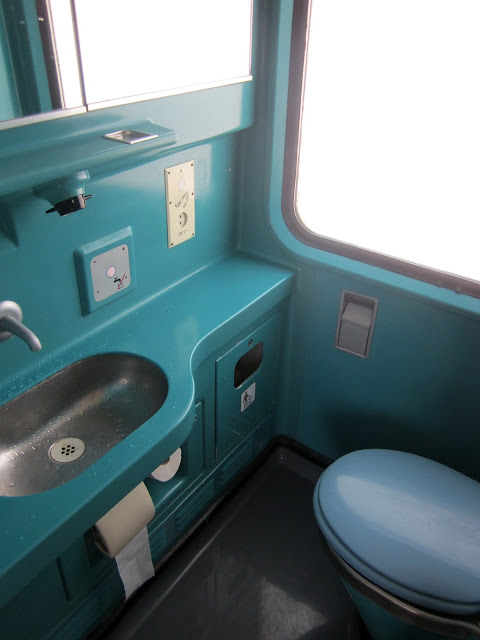 On the way back from Berlin, one of the legs of our journey was in an older carriage. Marianne asked me to take a photo of the toilet to show the colour scheme.