A meat pie in Newtown

I have to admit that I am ashamed of myself. How can an Aussie be in Australia for over a week and not have eaten a meat pie? Dreadful behaviour indeed! 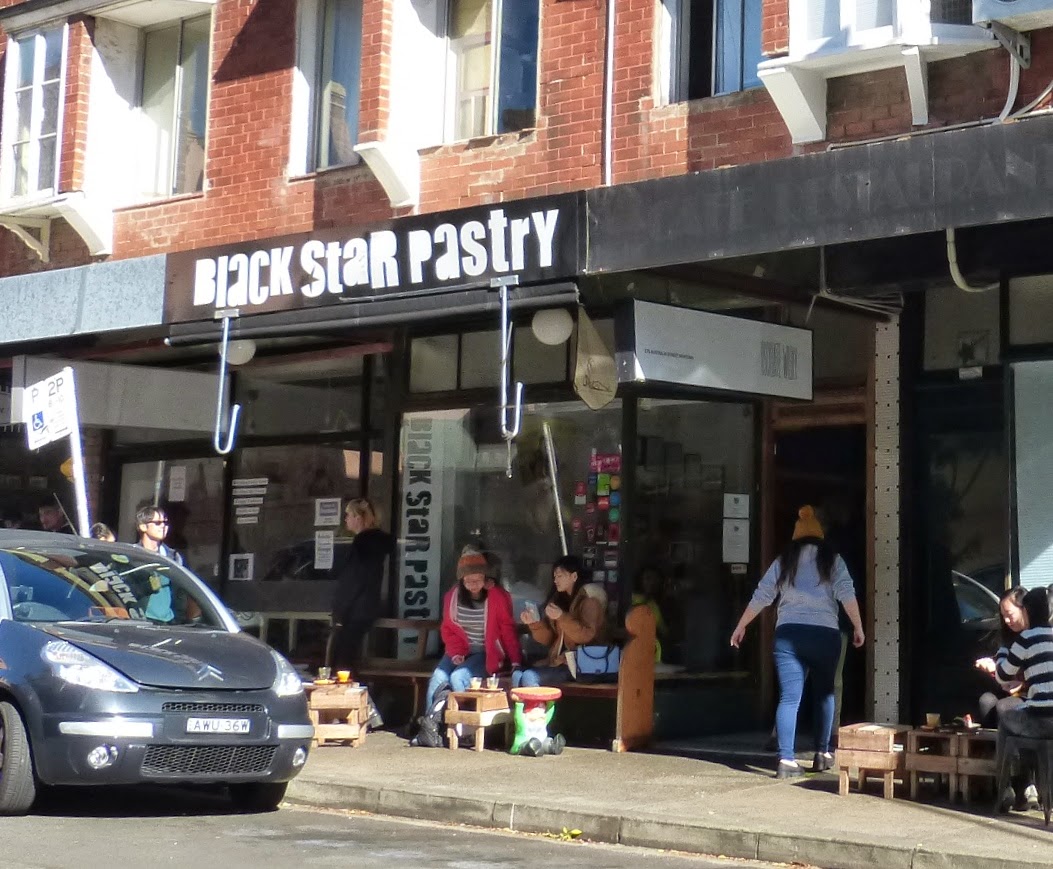 So that I could hold my head up with pride again I looked for some recommendations on good meat pies in Sydney. This place was recommended and since we could get to Newtown on a bus we arrived about 11:30. The shop was already crowded. 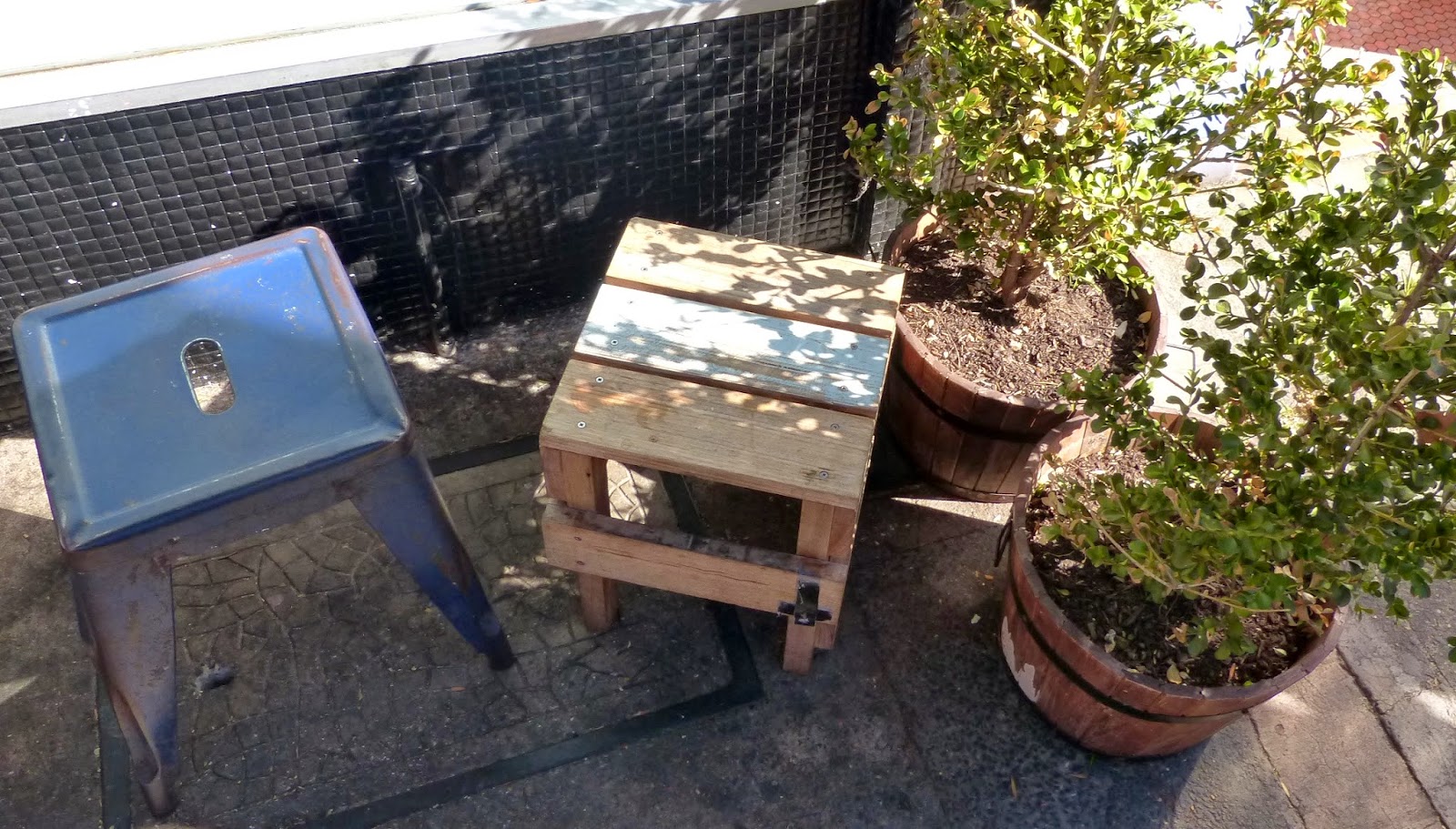 Some seats were available and I sat down on the blue one and guarded the wooden one while Marianne lined up to purchase a couple of pies. At least the seats were bigger than those that the Vietnamese sit on. 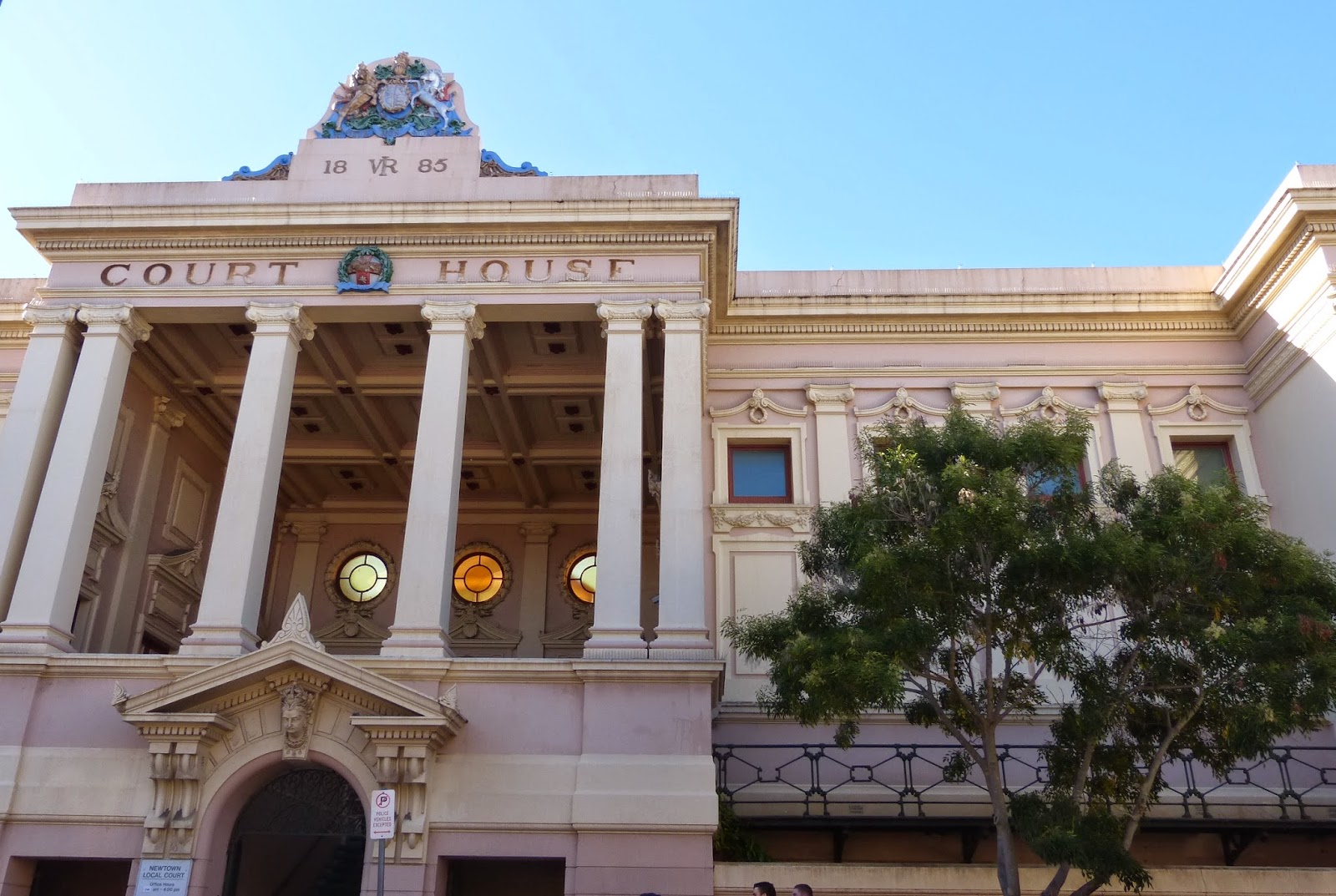 Across the road, the Newtown Court House. 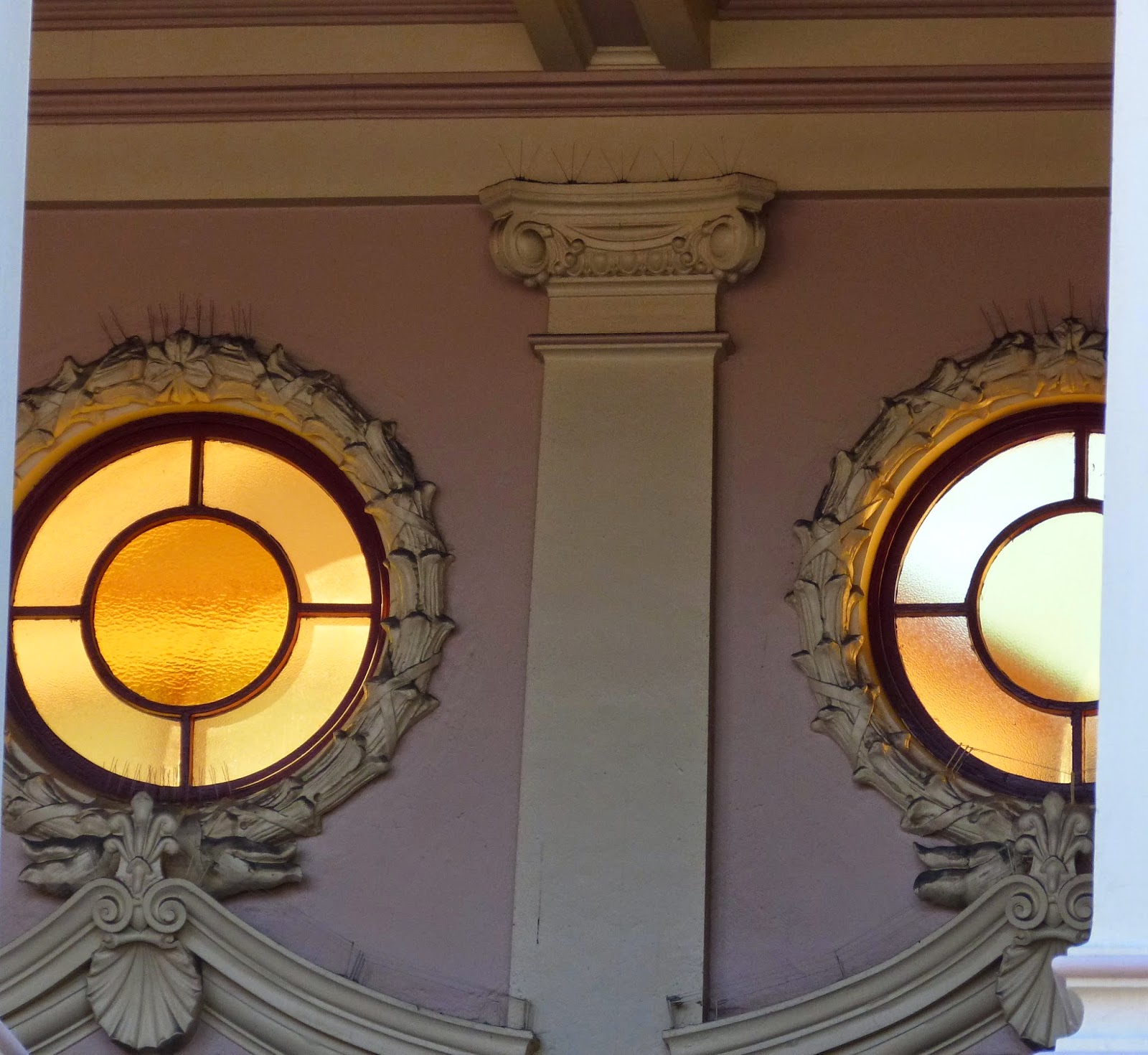 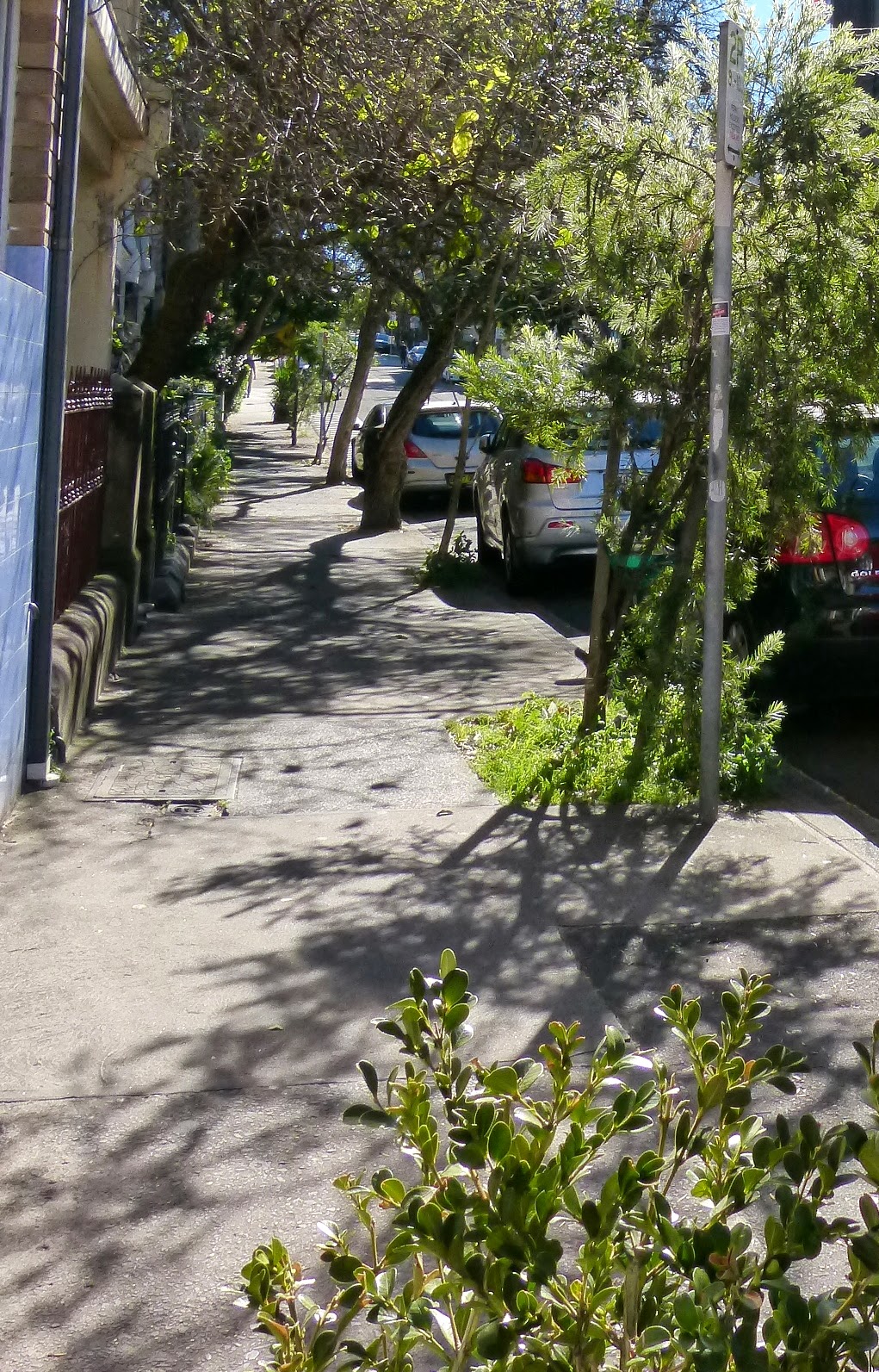 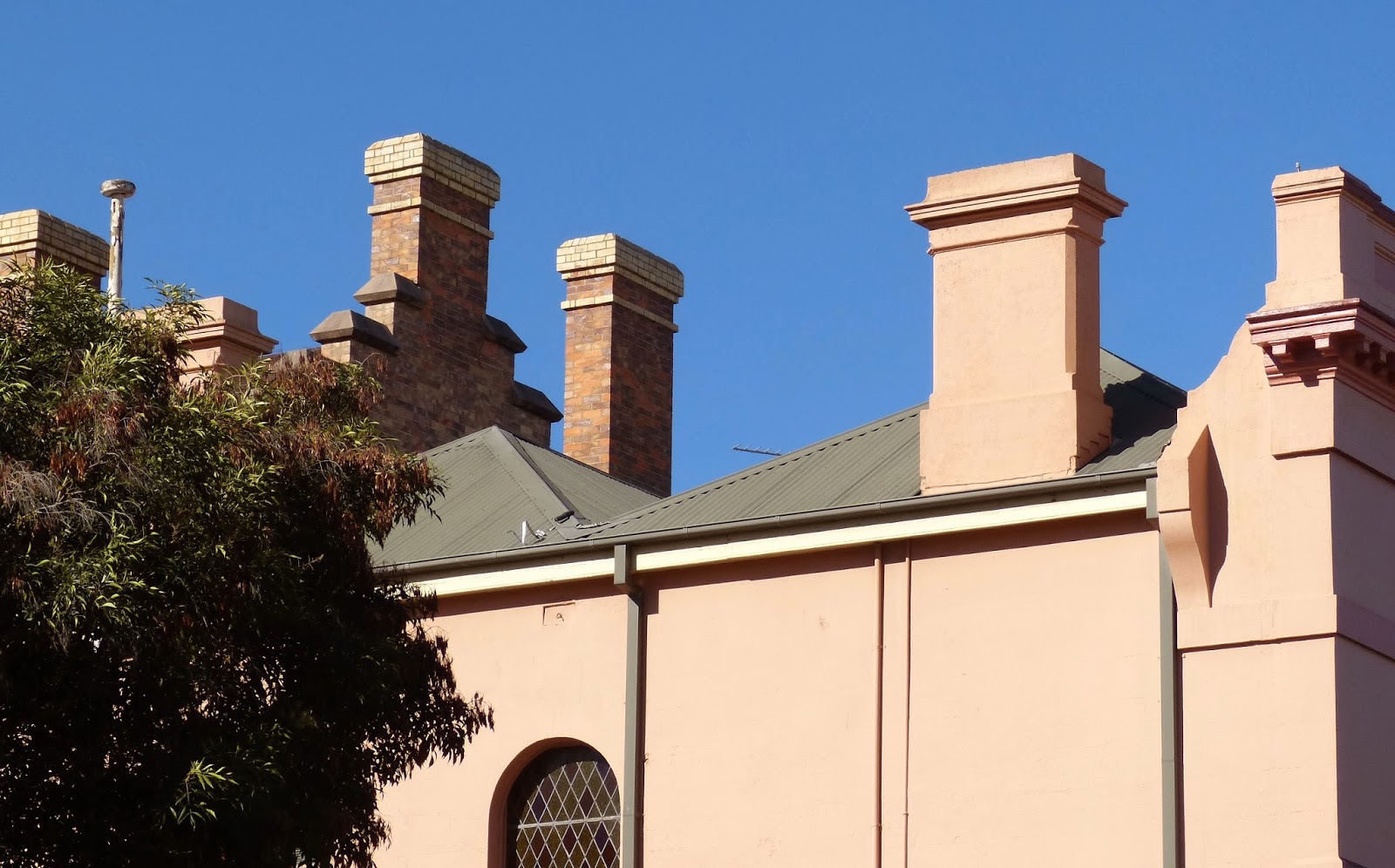 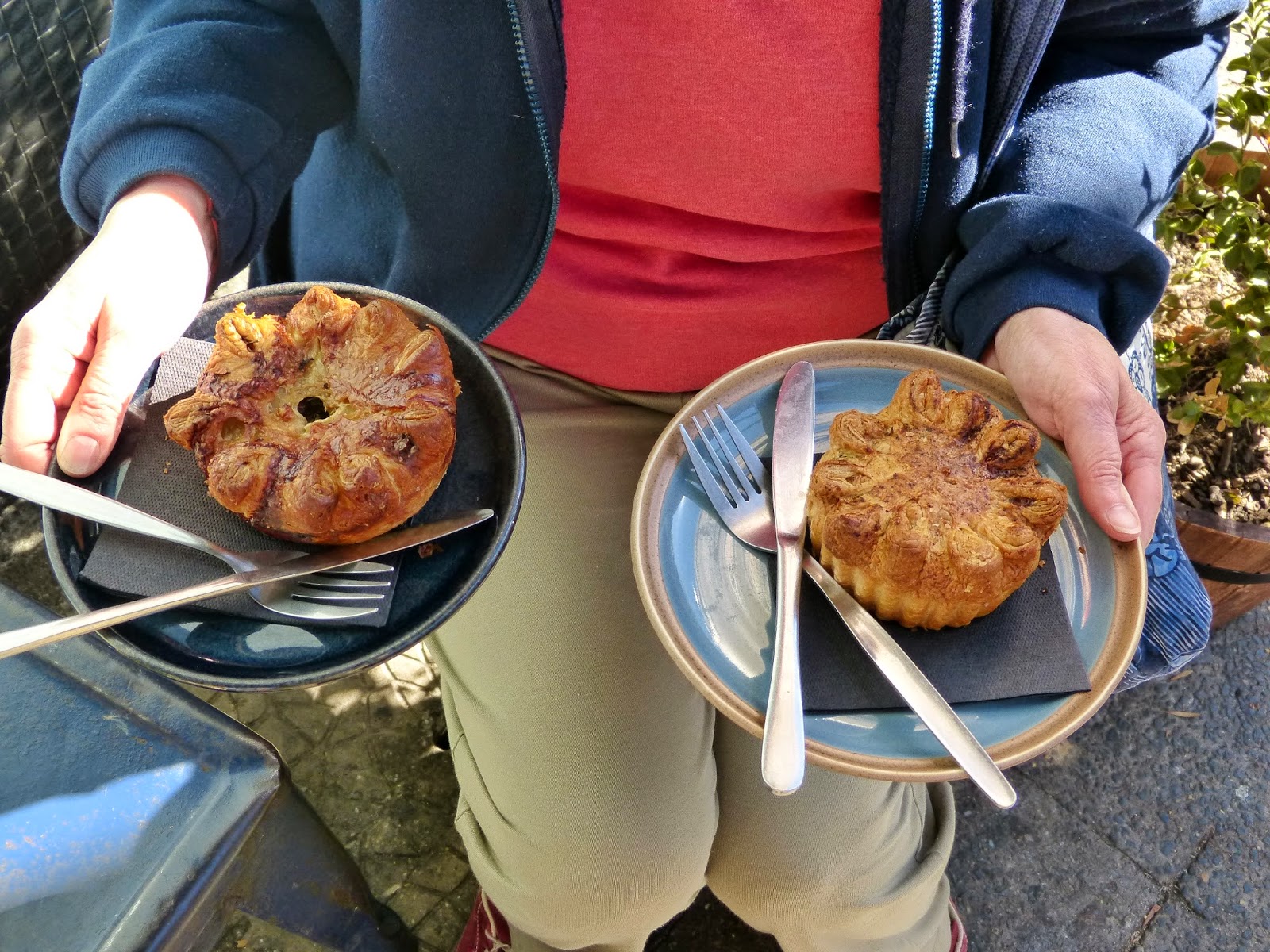 Marianne arrived with two pies. She had the beef brisket and I had the lamb shank and red wine pie.

If the lamb shank is the best pie in Sydney then tough luck for Sydney. The crust was the best part but I have had better. The filling was meaty but dry and bland. 6 out of 10 would be my score. I tasted Marianne's beef brisket and it was better but too salty. Perhaps 7.5 out of 10.

The best pie I have had in recent years in Australia was at the bakery in Stawell, Victoria. 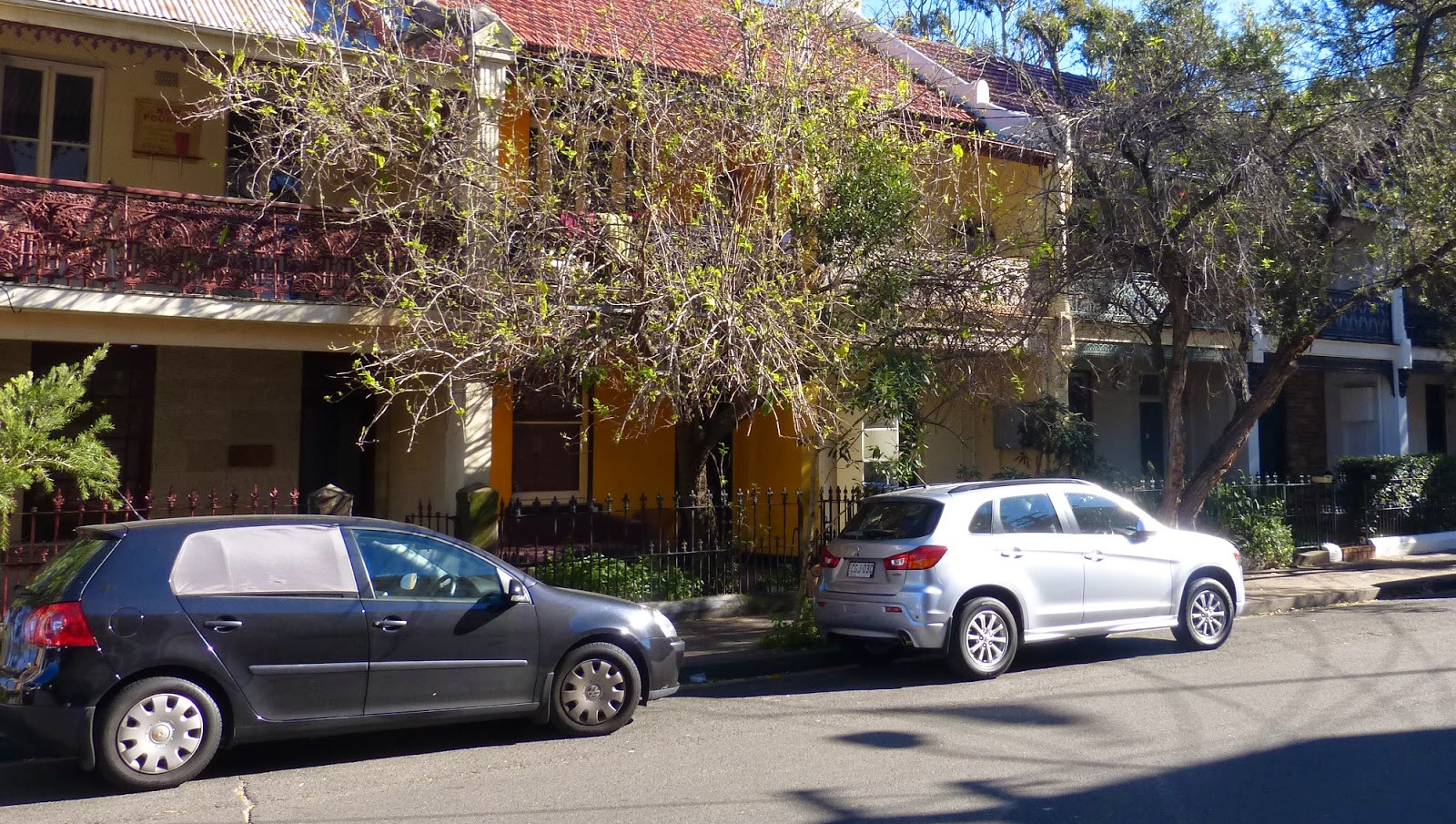 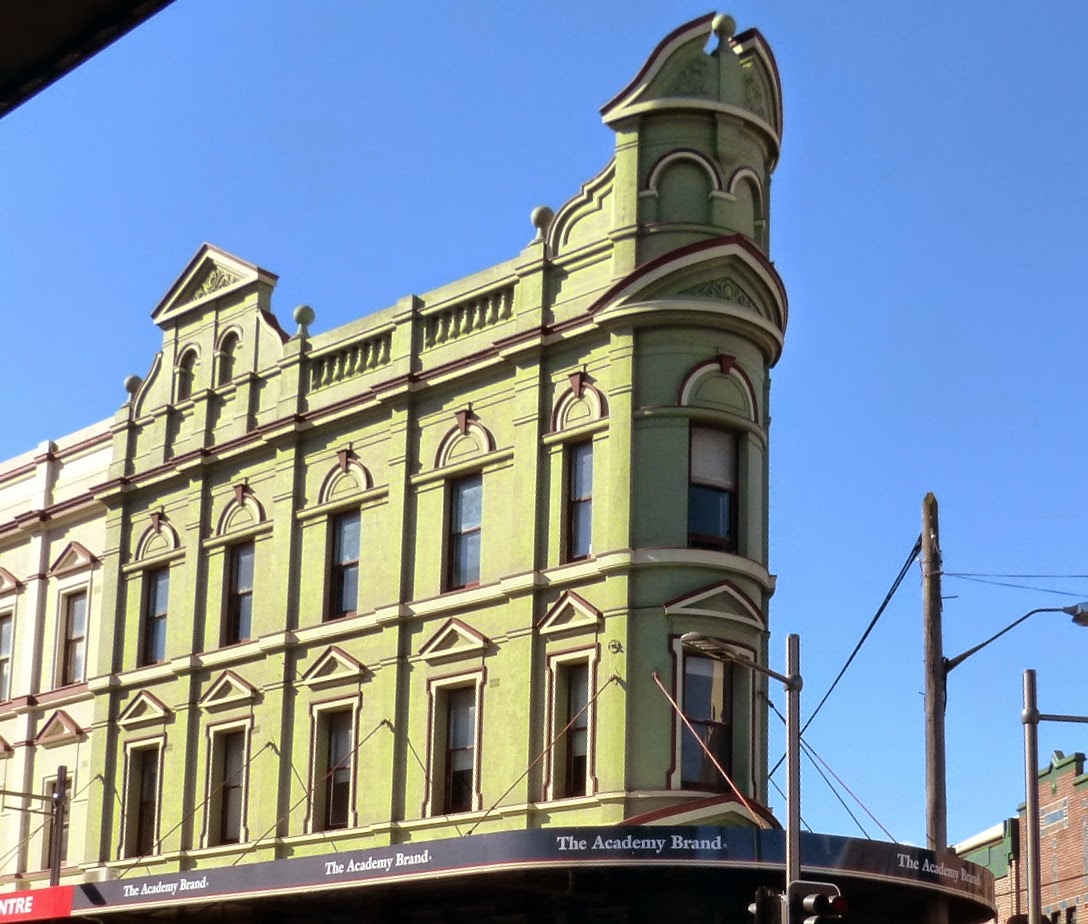 After demolishing the pies, we decide to walk around Newtown. 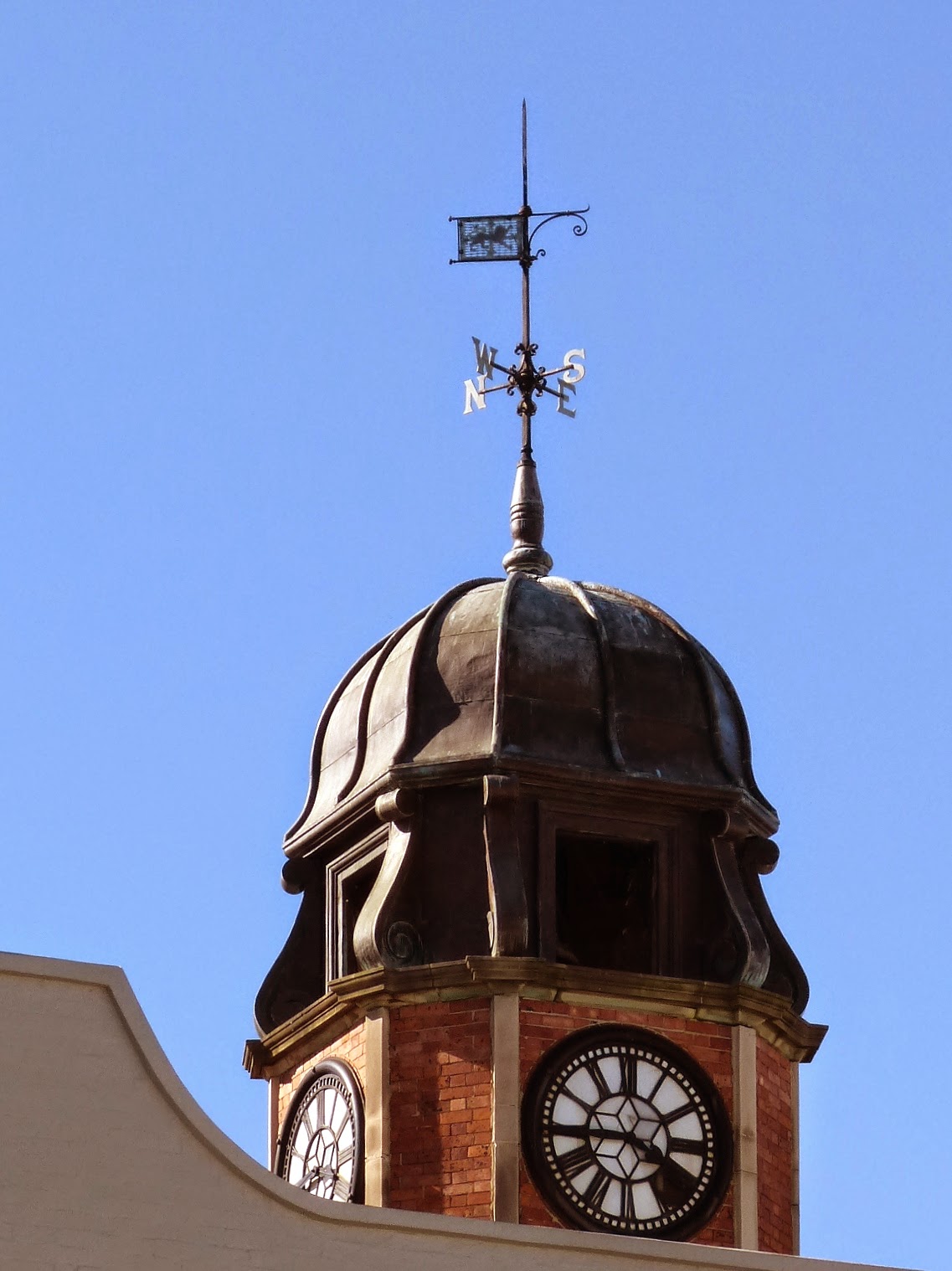 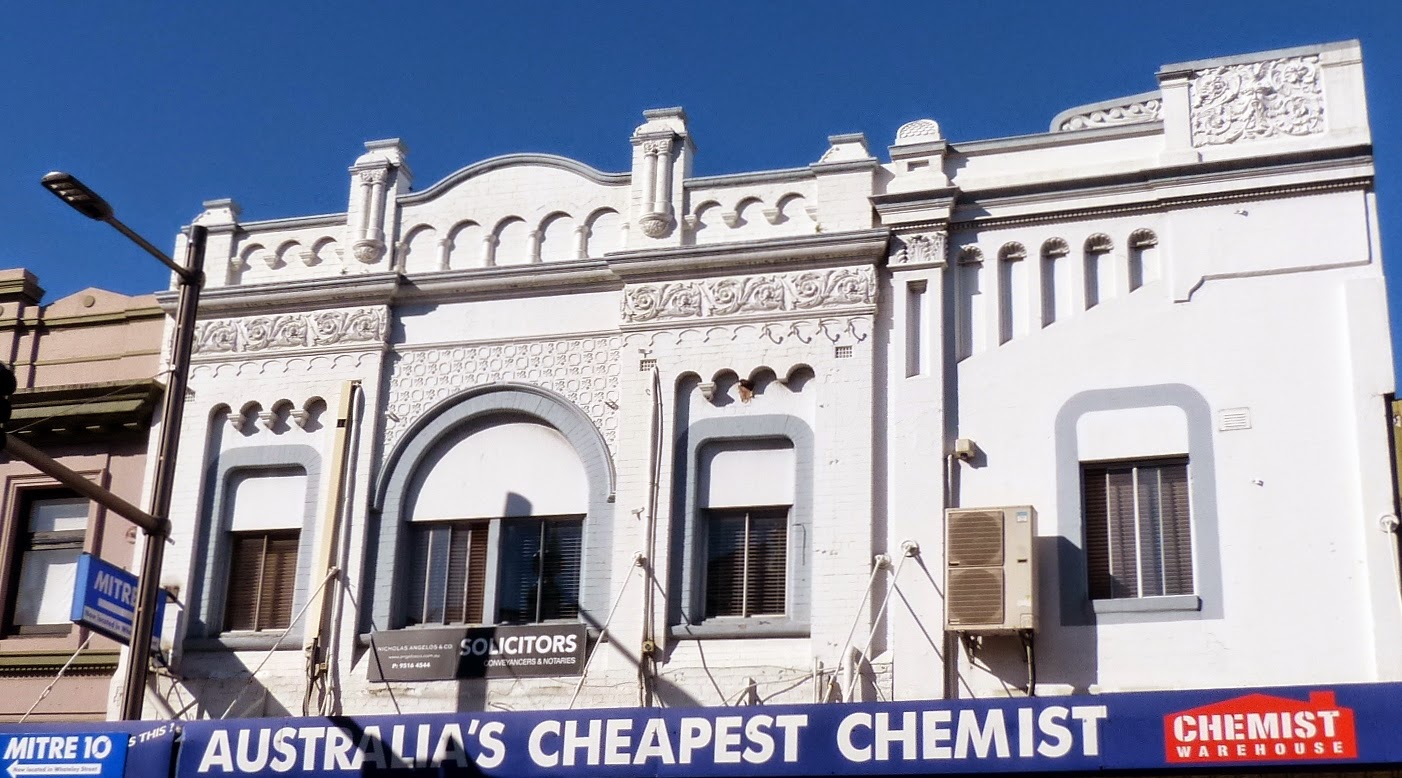 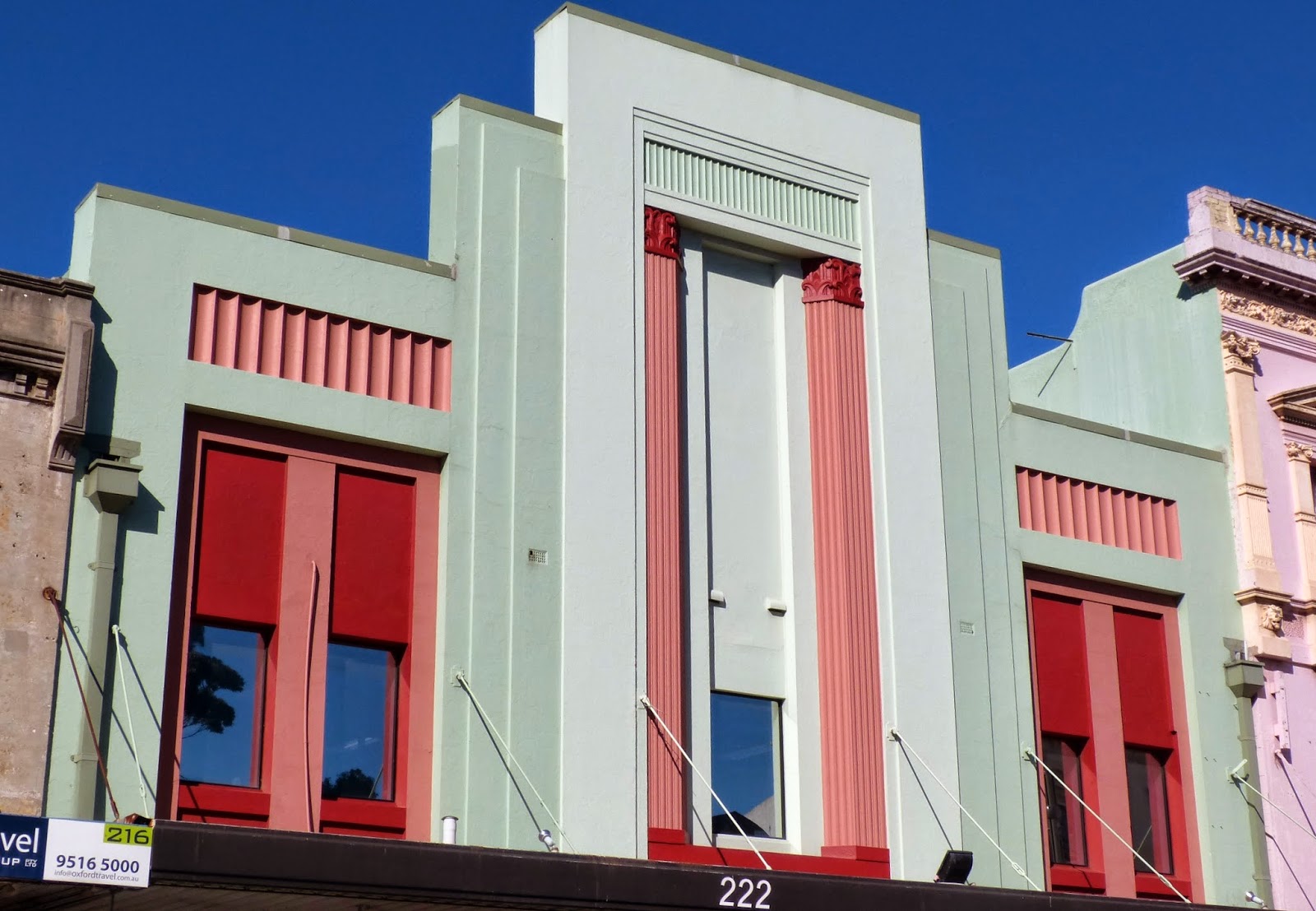 We both loved this. 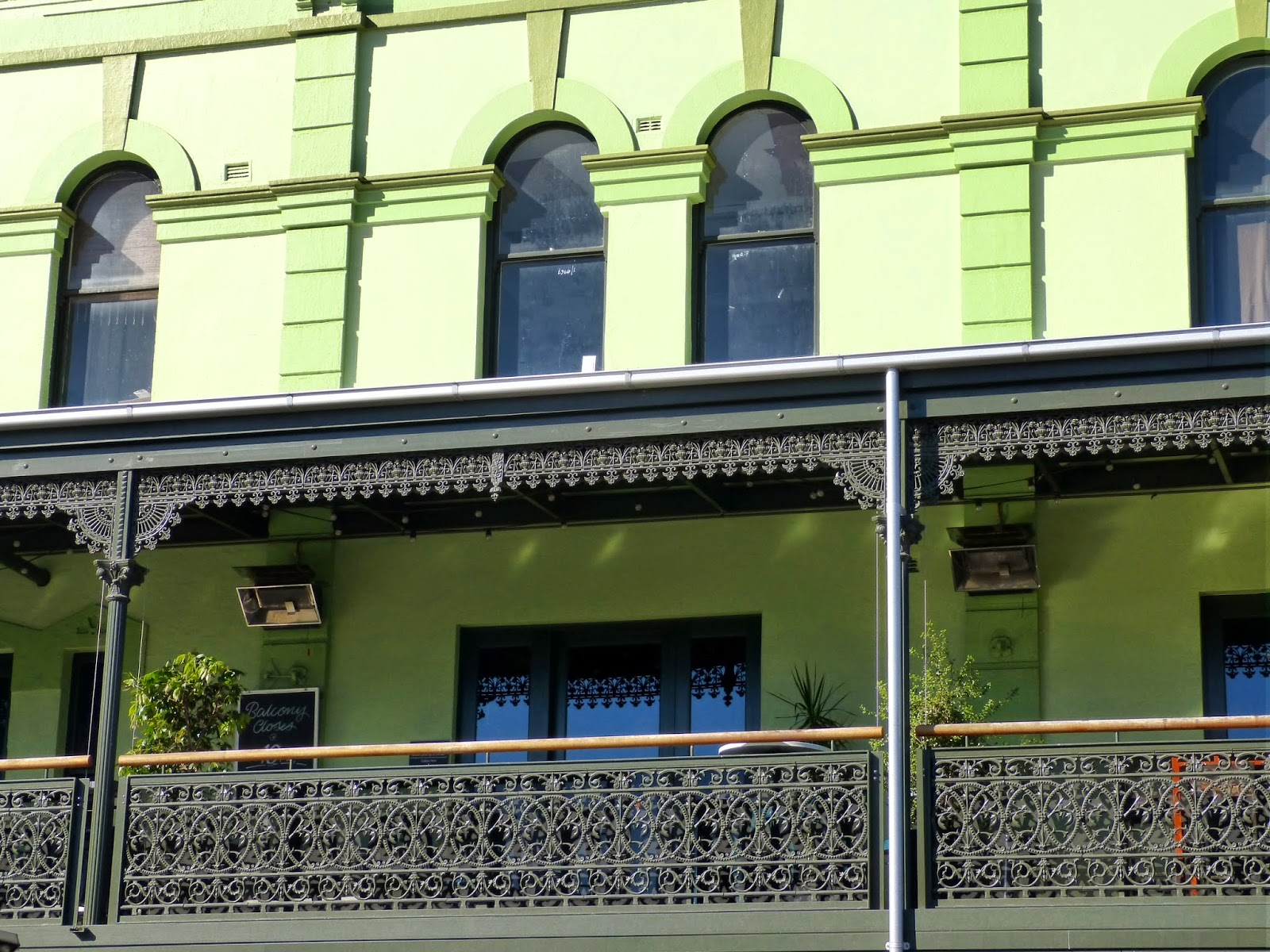 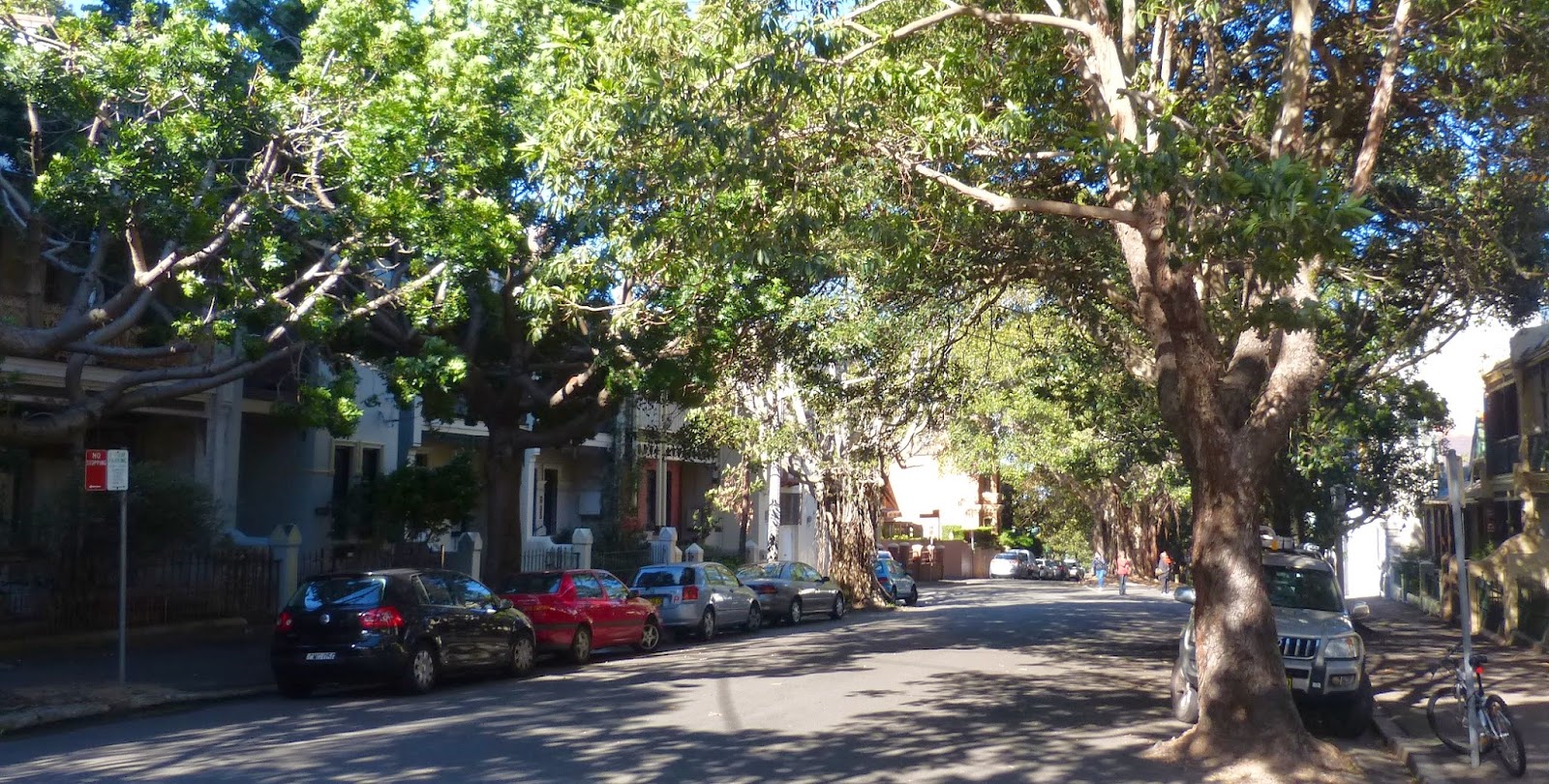 Dappled is the word. 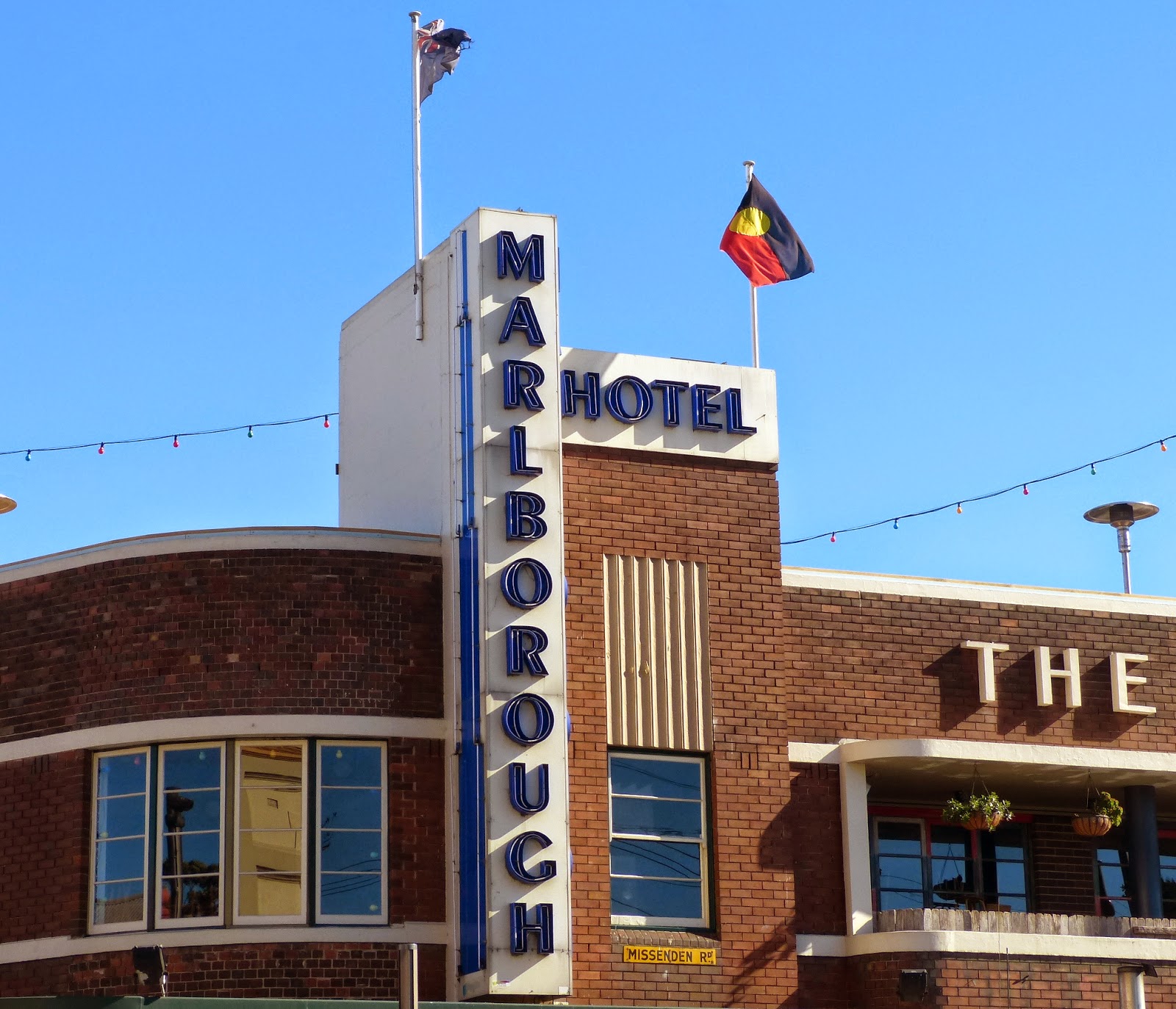 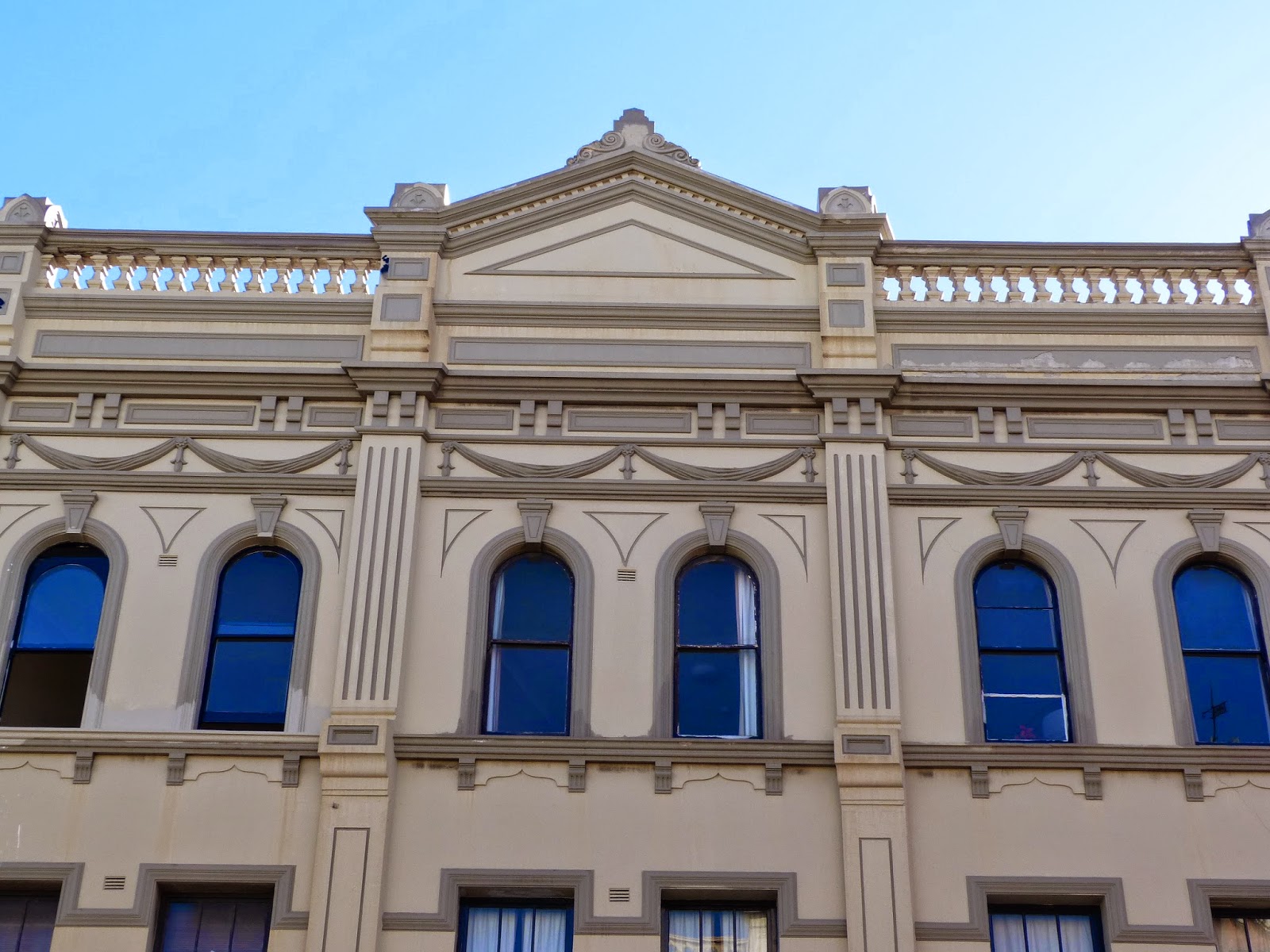 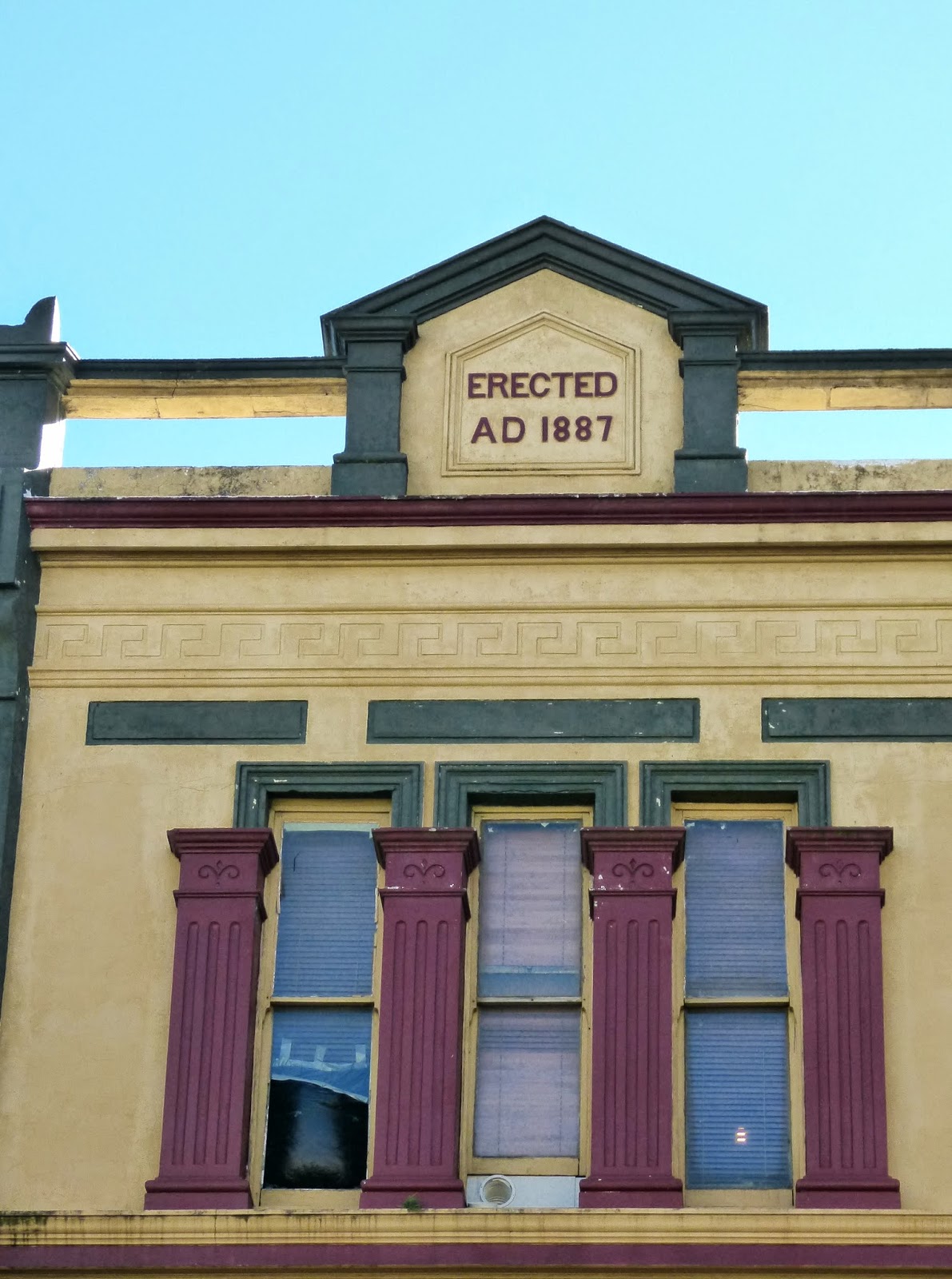 It looked like 1887 was a busy time in Newtown with many buildings erected within a few years. 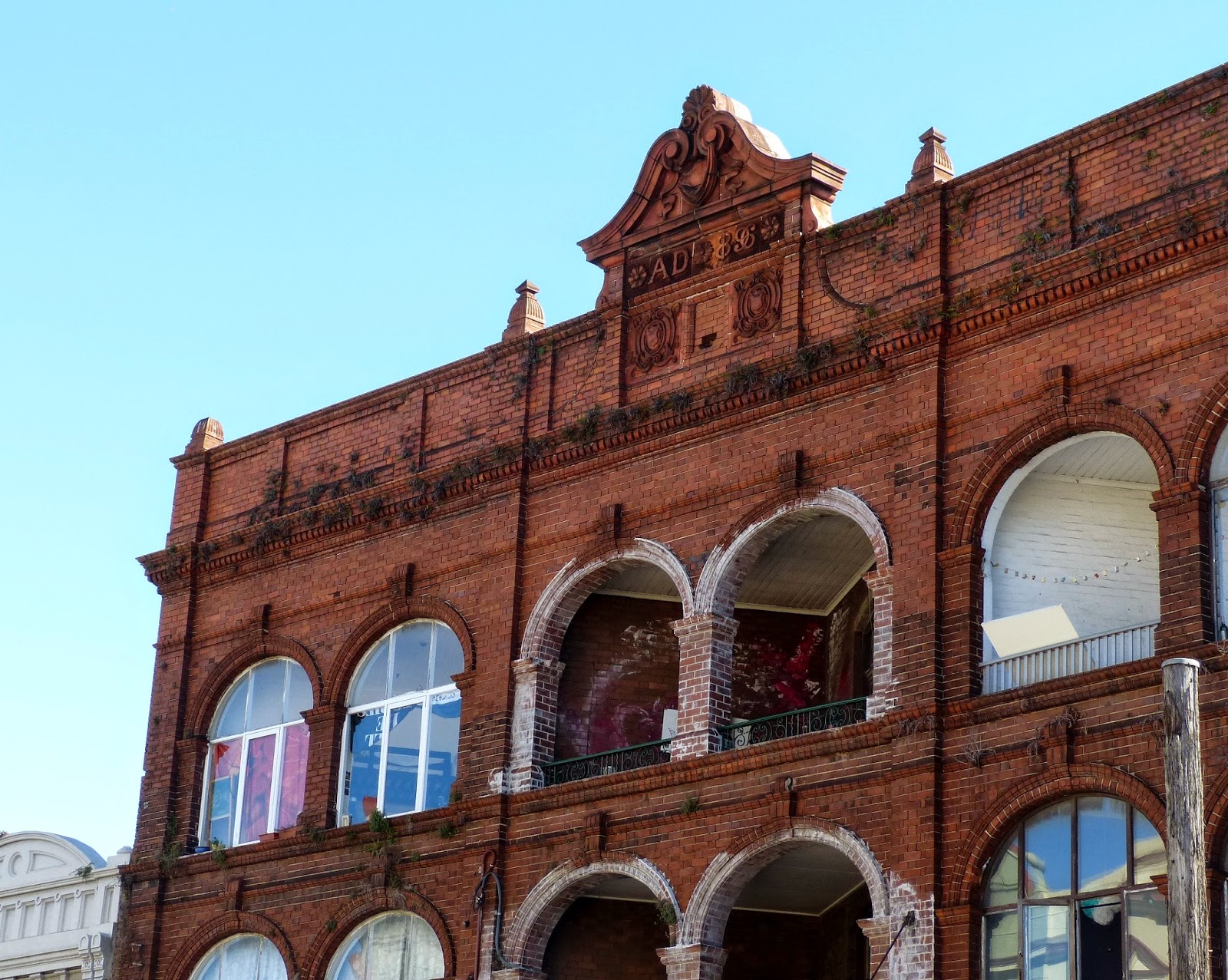 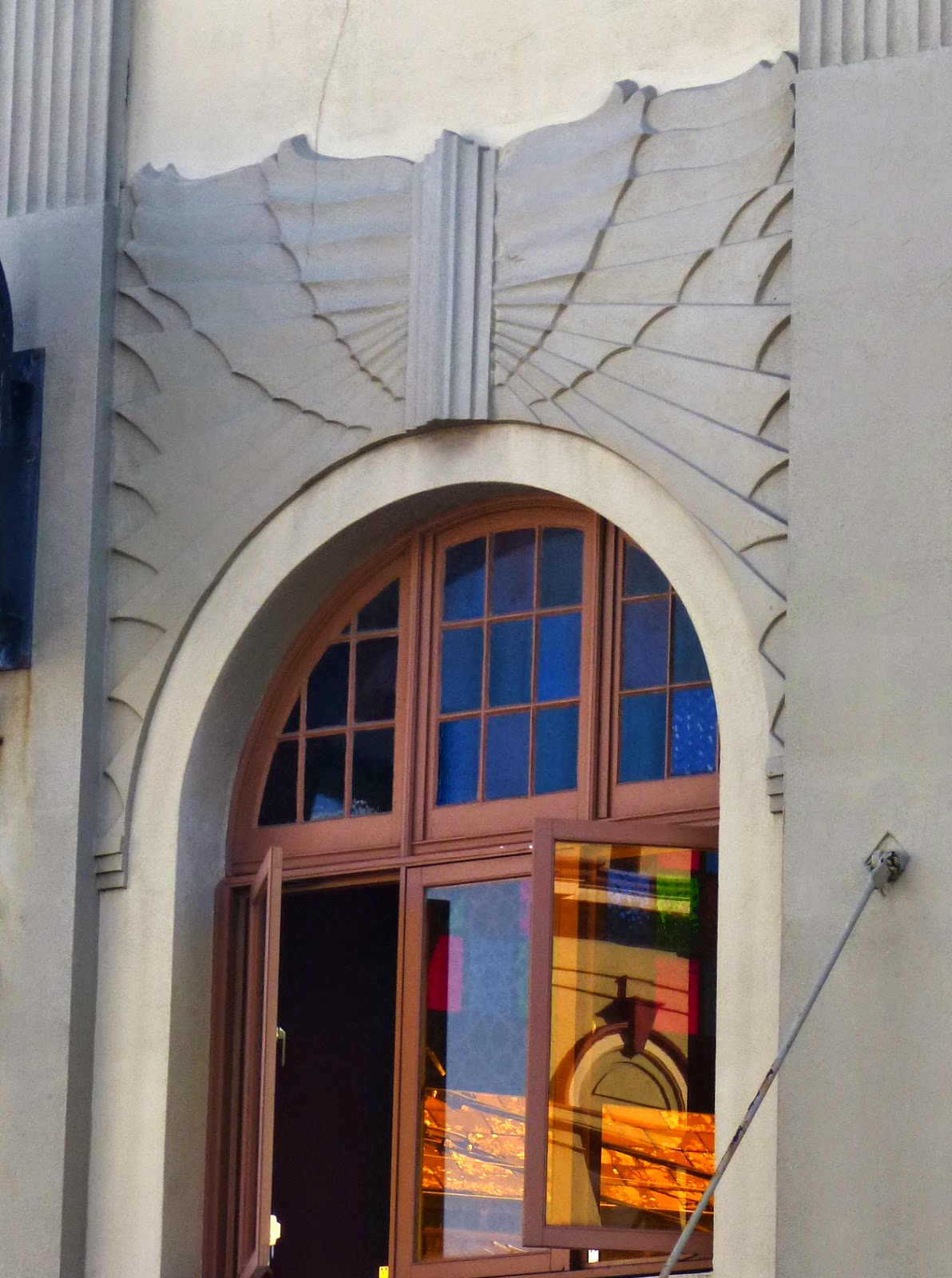 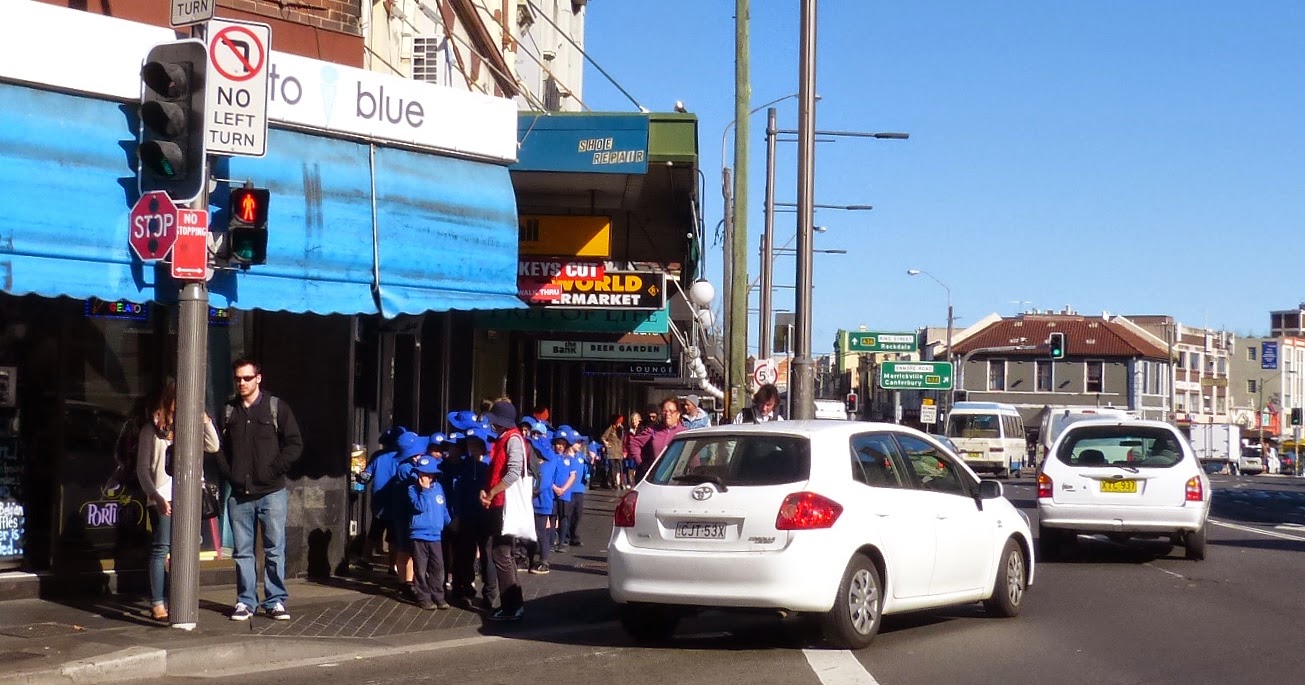 The crocodile of young school kids, all wearing their sun hats. 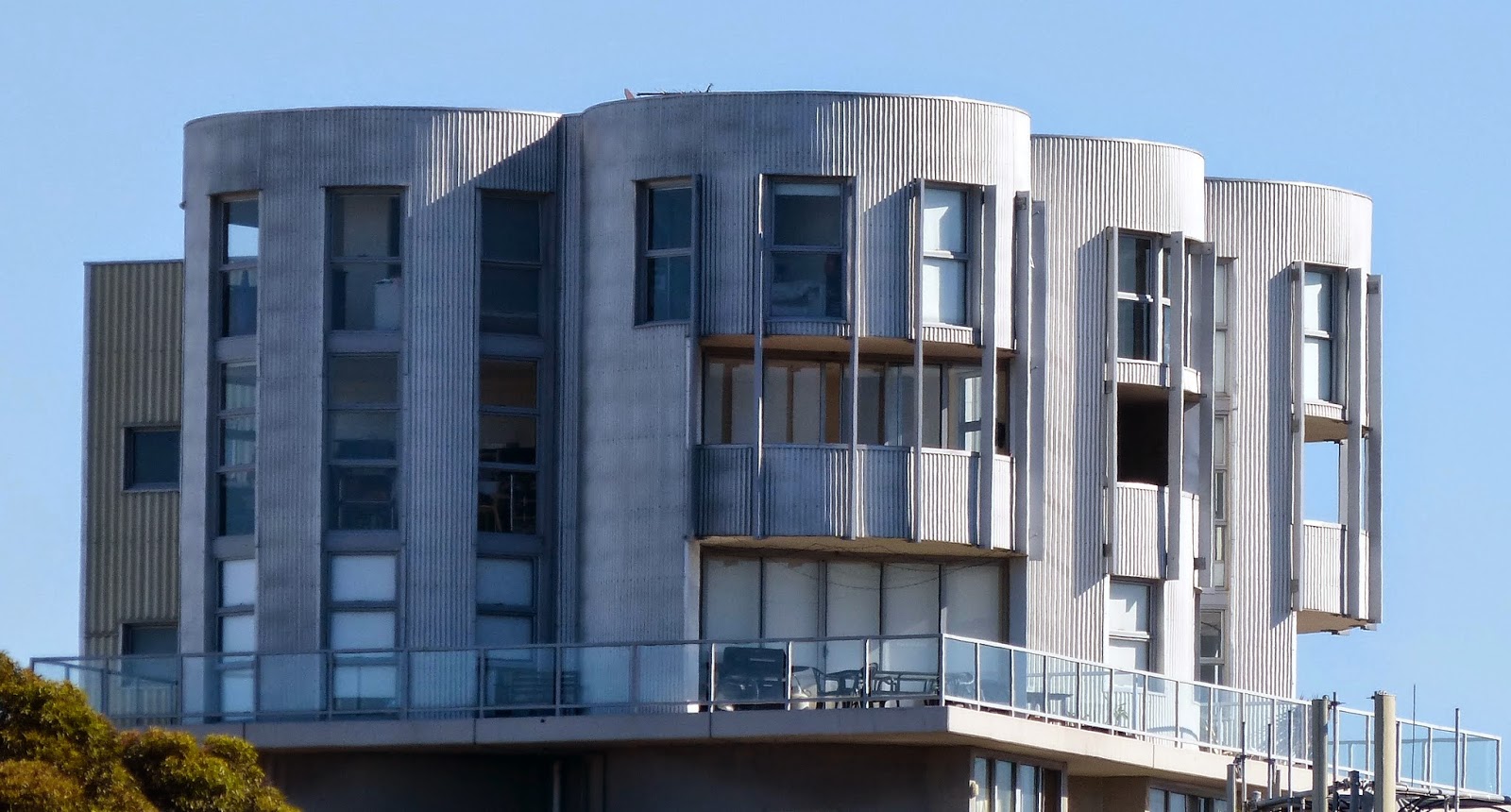 Those apartments are intriguing. 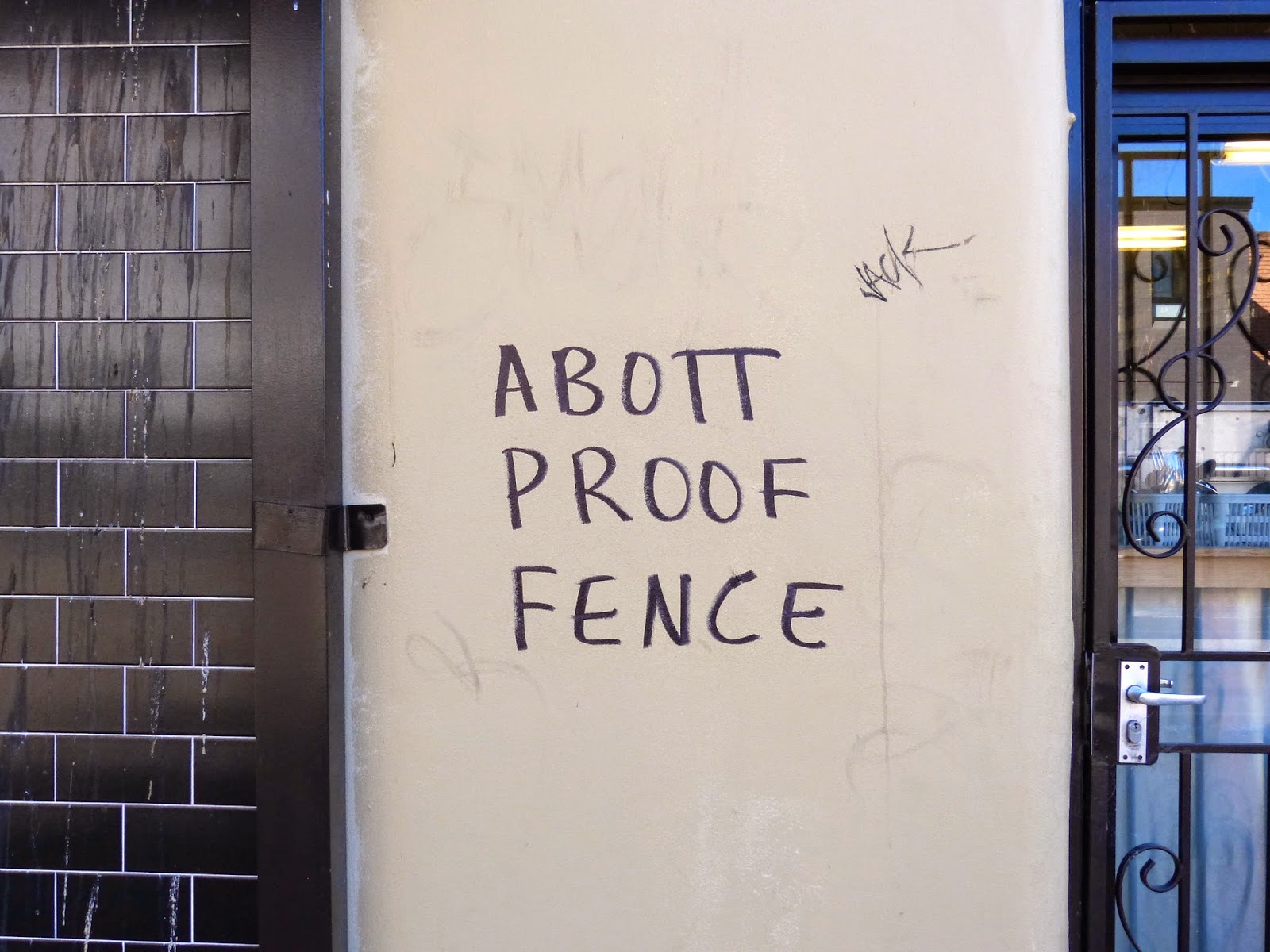 We pass this sign on our way home in Marrickville. The popularity of the current Prime Minister of Australia is very low.