My train from Butterworth to Kuala Lumpur was due to leave at 8 am. Since I would have to take the ferry back to the mainland, I needed to leave very early. The owner of the BnB kindly organized a taxi to pick me up at 6:30 to take me to the ferry terminal so that I would have plenty of time to catch the train.

6:30 came and went and still no taxi. By 7:00 I was getting anxious and the old bloke whose job is to sleep at the BnB overnight contacted the owner. It was decided that I should just go up the street to the corner and hail a taxi which I did. Fortunately the ferry crossing went well and I caught the train with three minutes to spare.

The lesson learned is that if the taxi does not arrive on time or shortly after, then get a different taxi. The driver who actually took me to the terminal rekoned that the other driver probably was offered a better fare. The whole issue was obviously not the fault of the BnB owner who was very helpful throughout my entire stay.

I kept calm(ish) and carried on. It was a great relief to be on a train again. 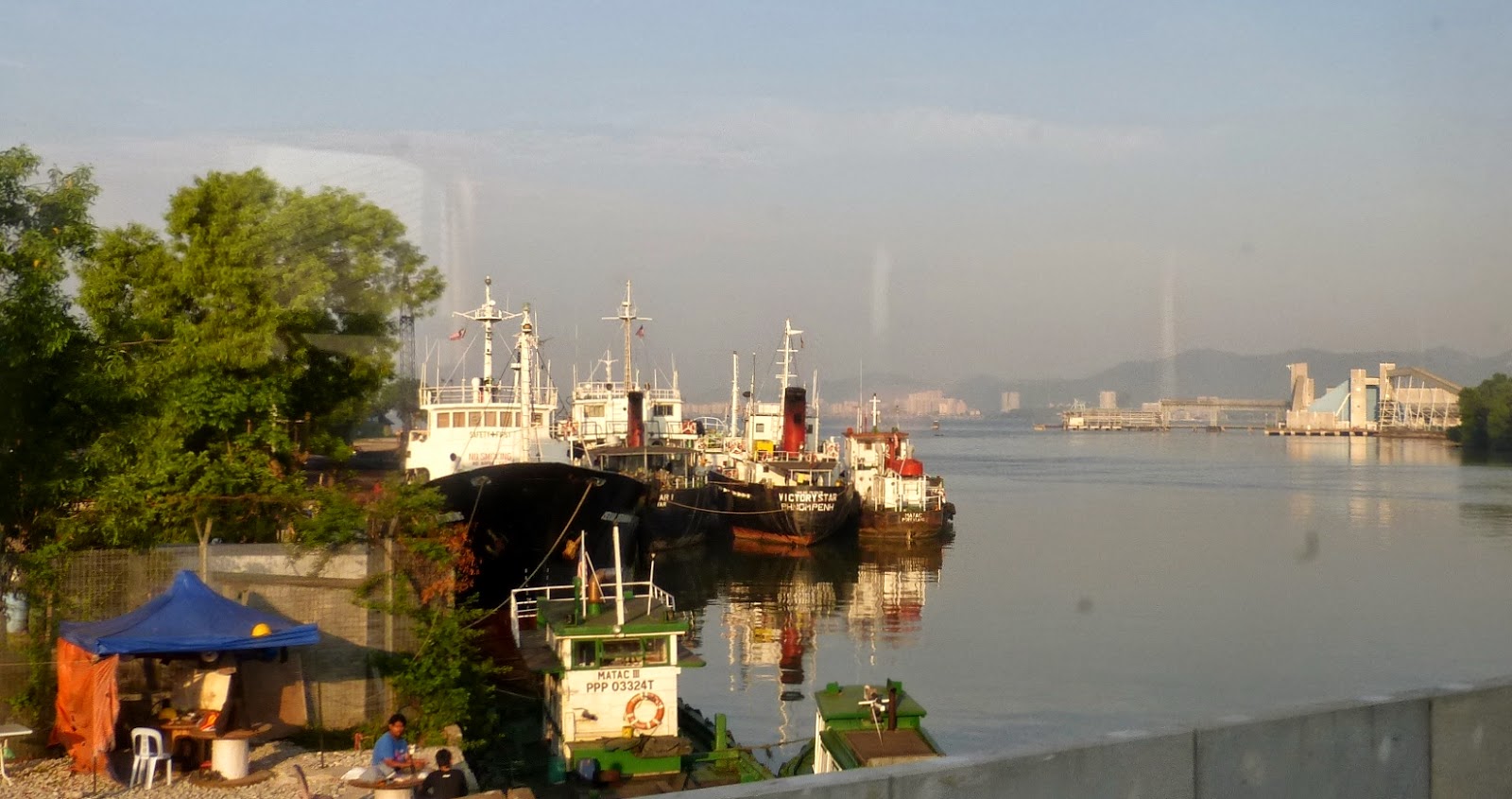 The carriages have a single seat on one side of the aisle and a double seat on the other. I had reserved a seat on the single side where the window was facing west so I could take reasonable photos.

Here we have some of the docks area on the Butterworth side of the strait. 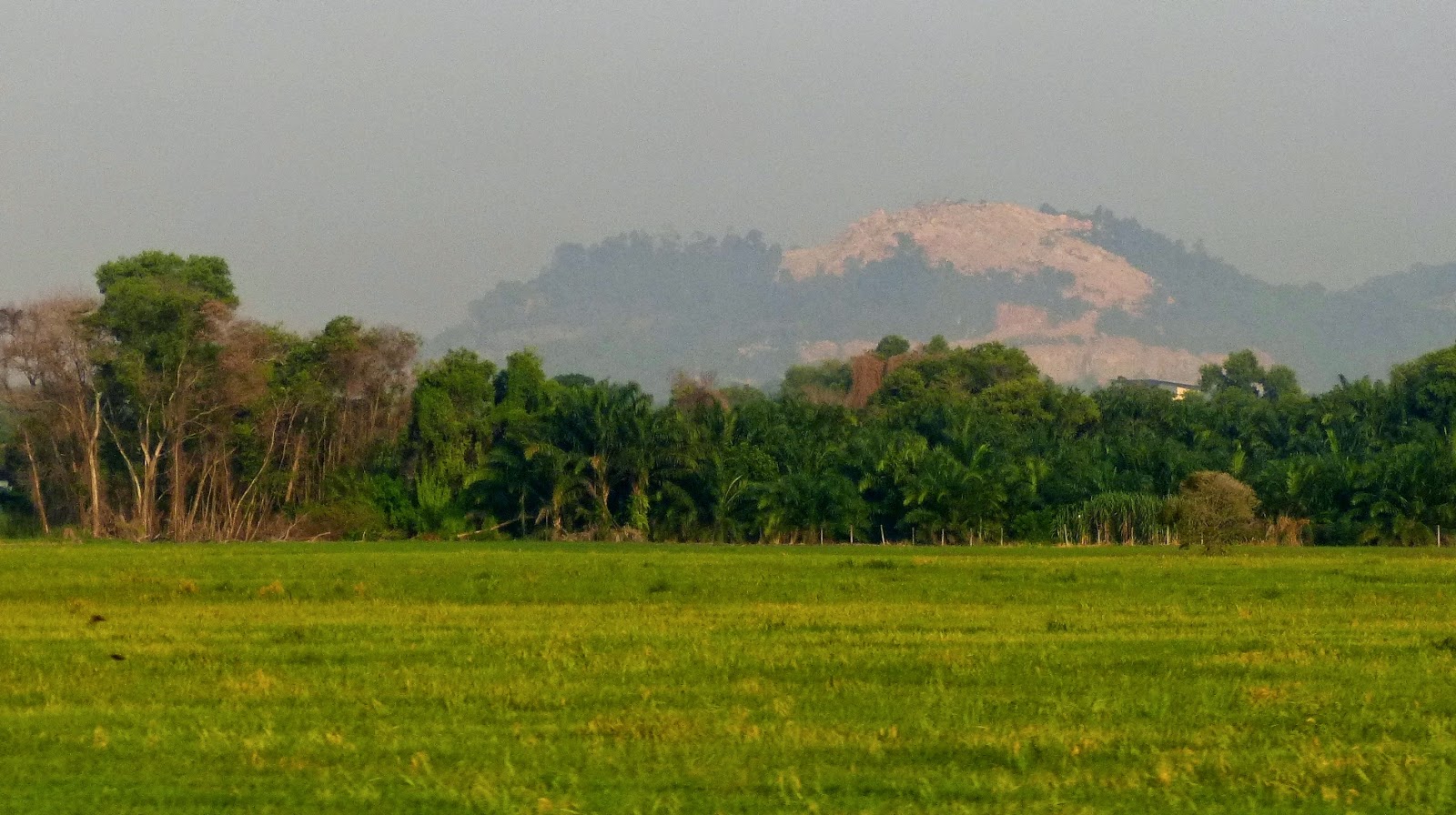 Soon we were out into the countryside which was mostly very green. 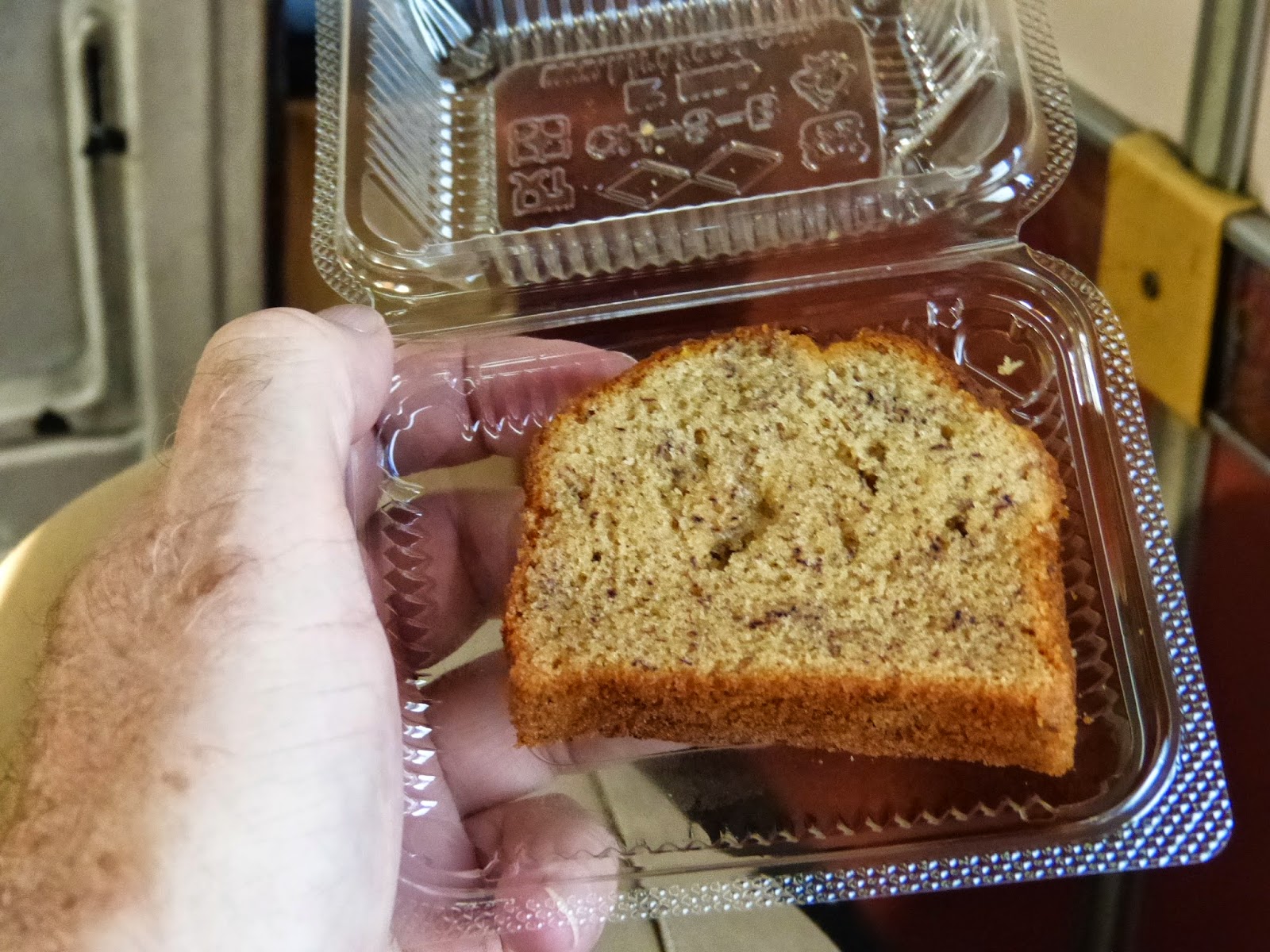 An attendant came around and gave everybody a piece of poppy seed cake. It was ok. We also were given a bottle of water. 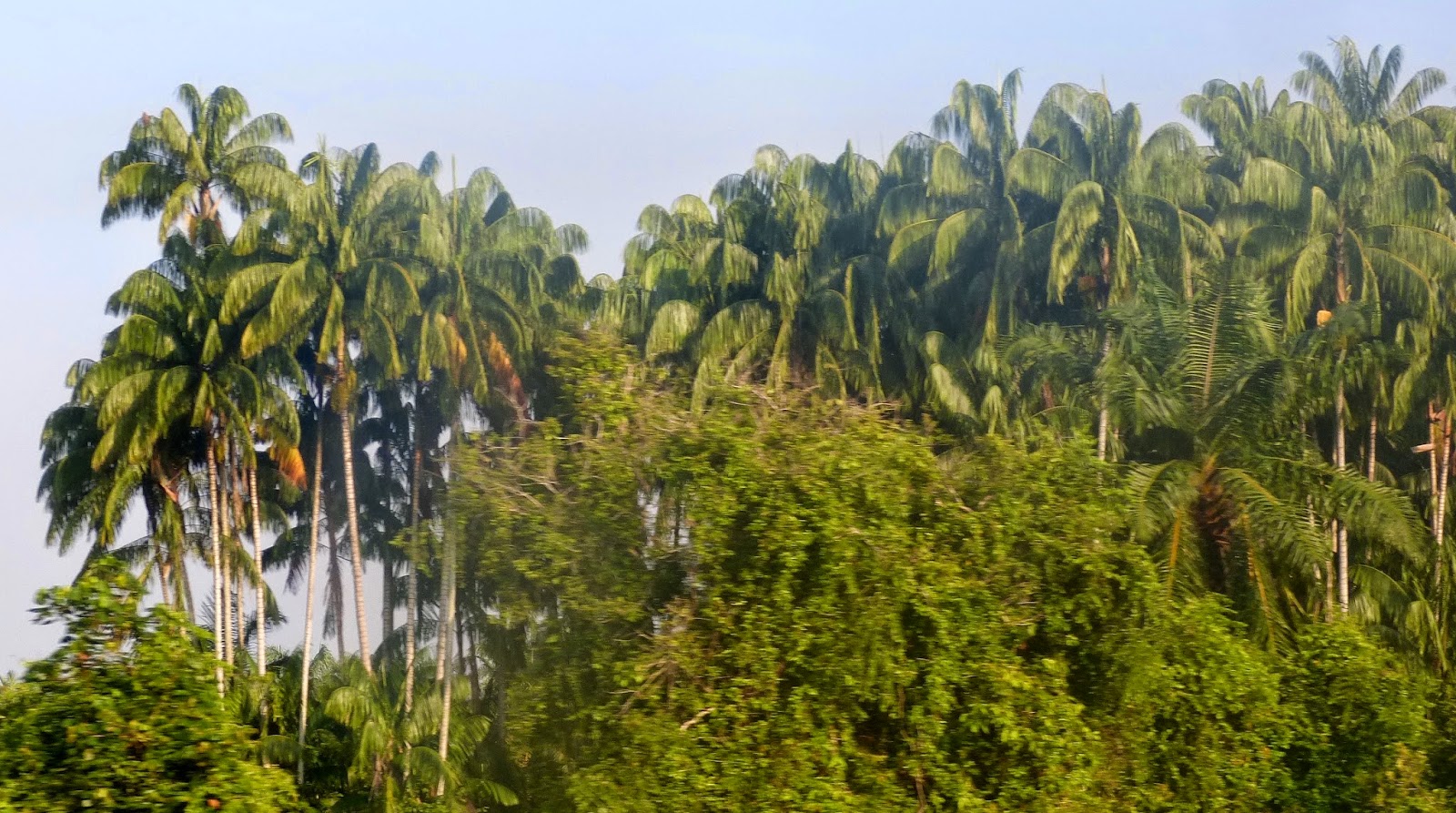 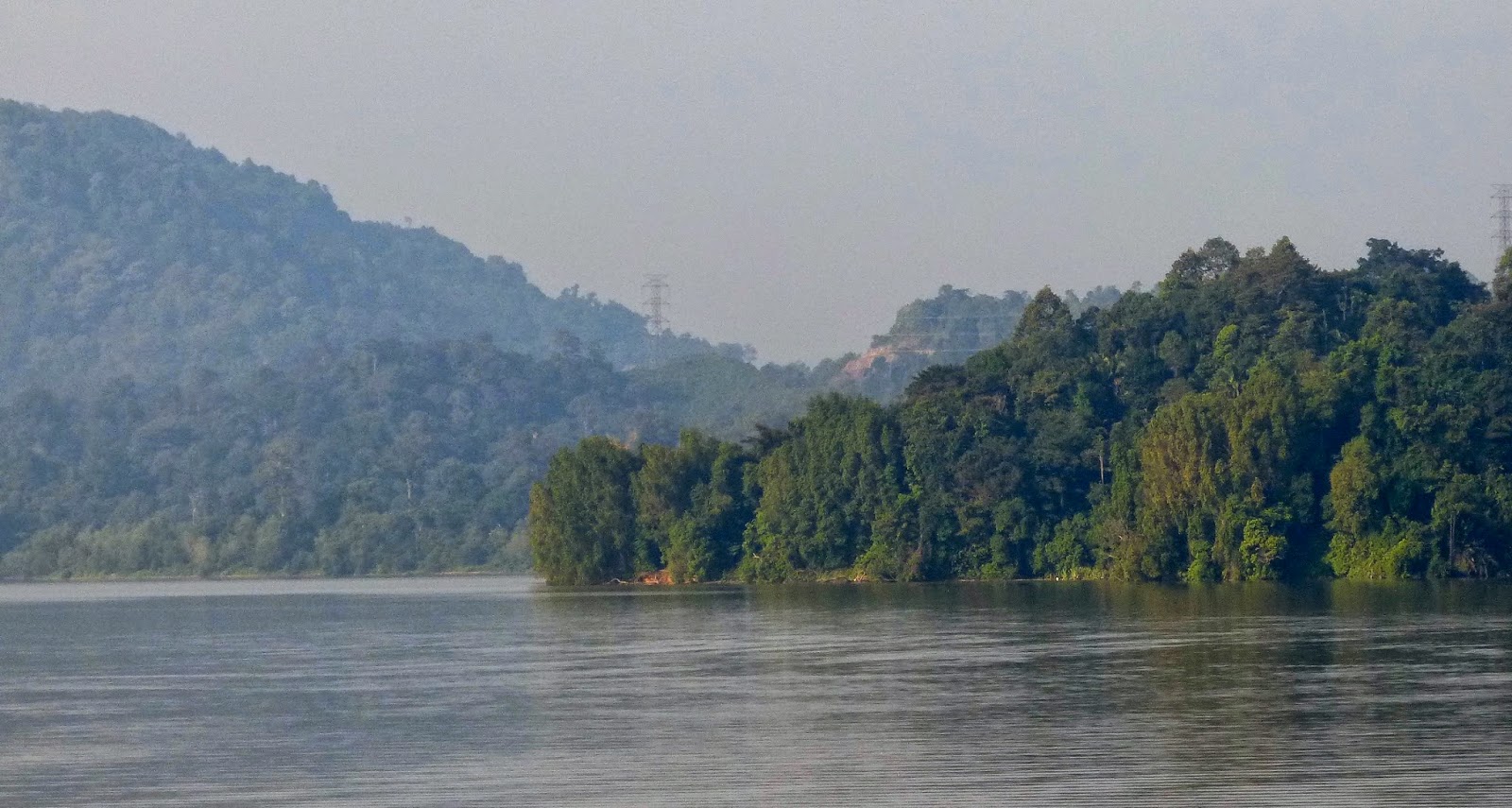 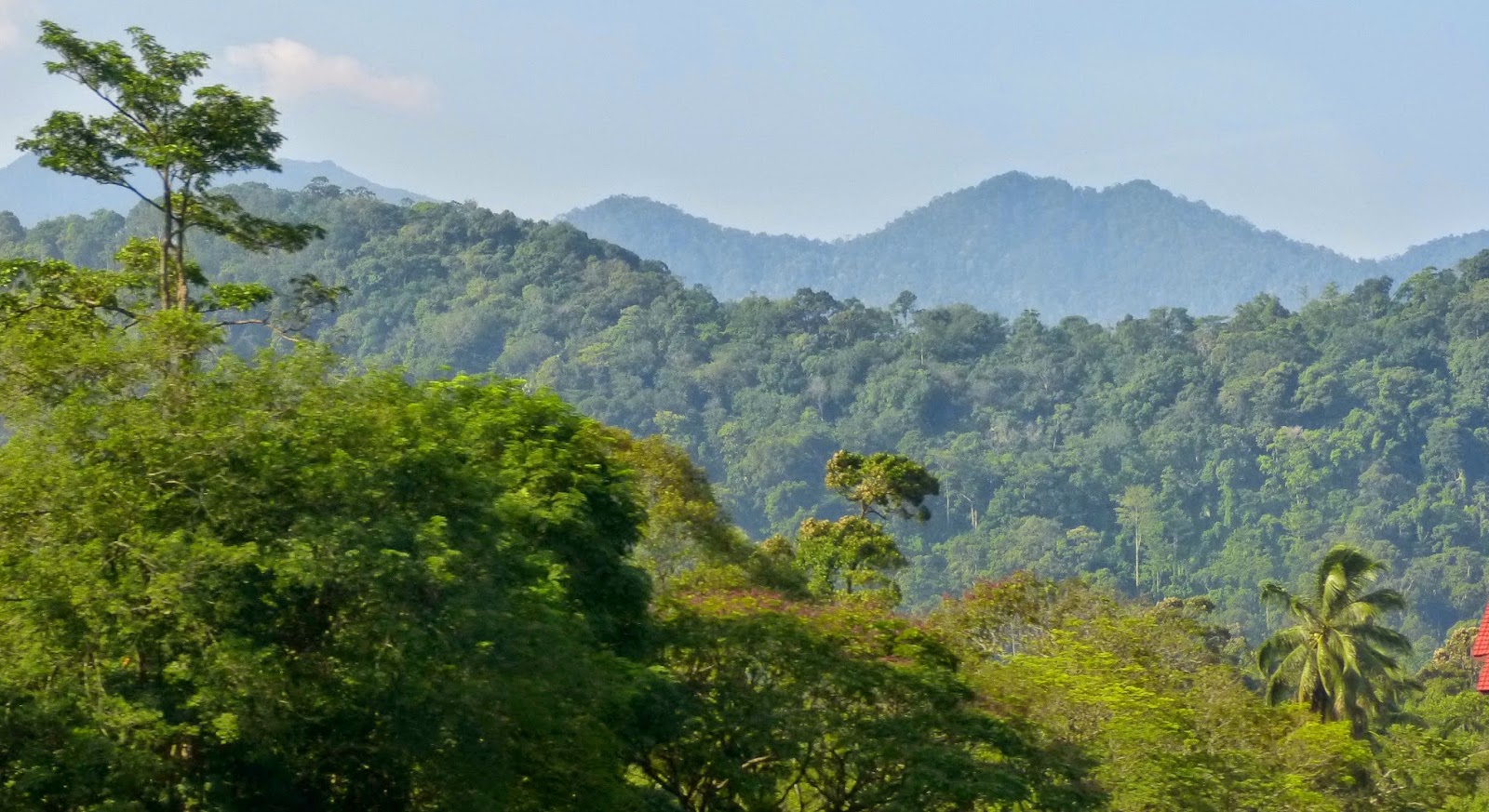 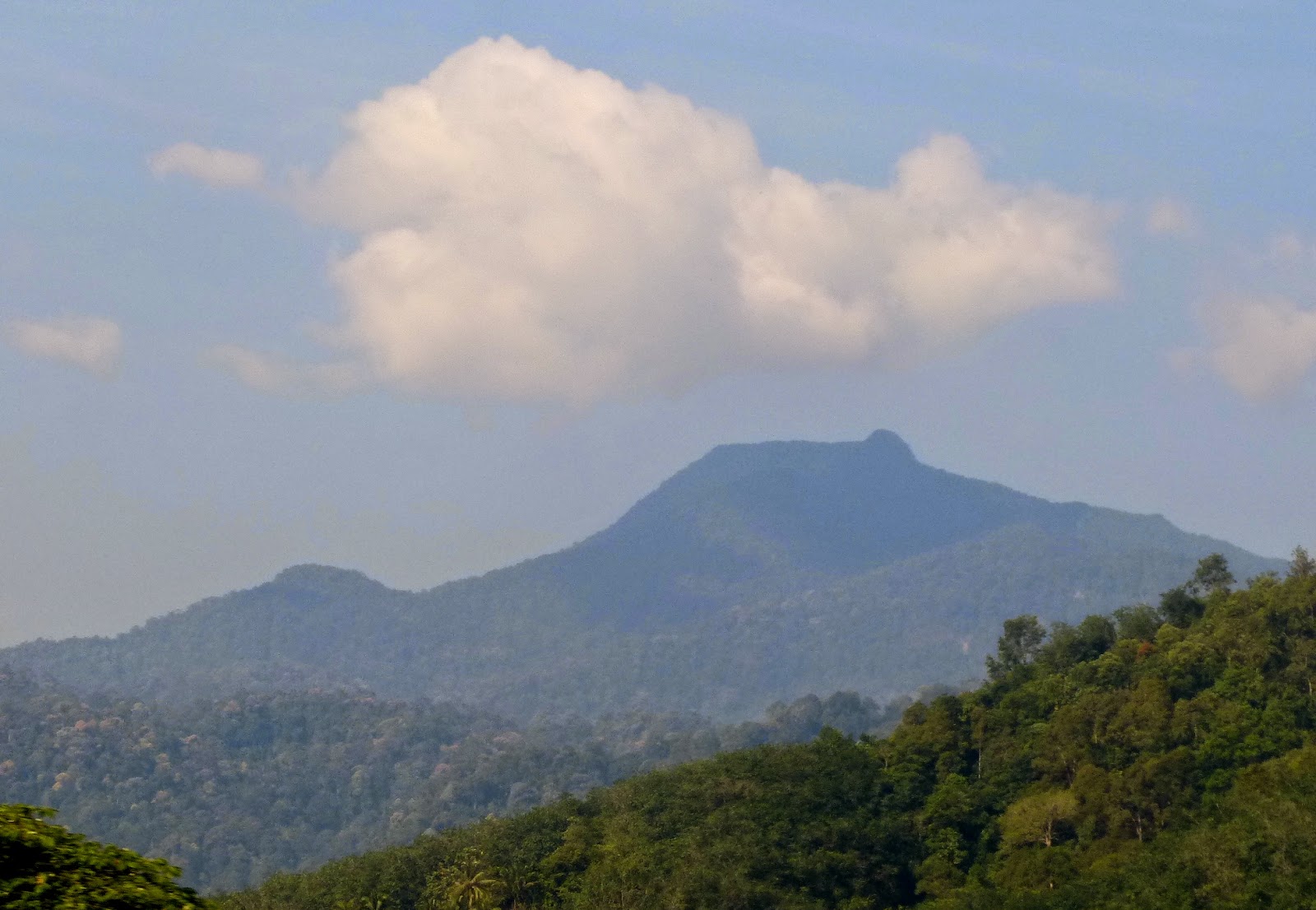 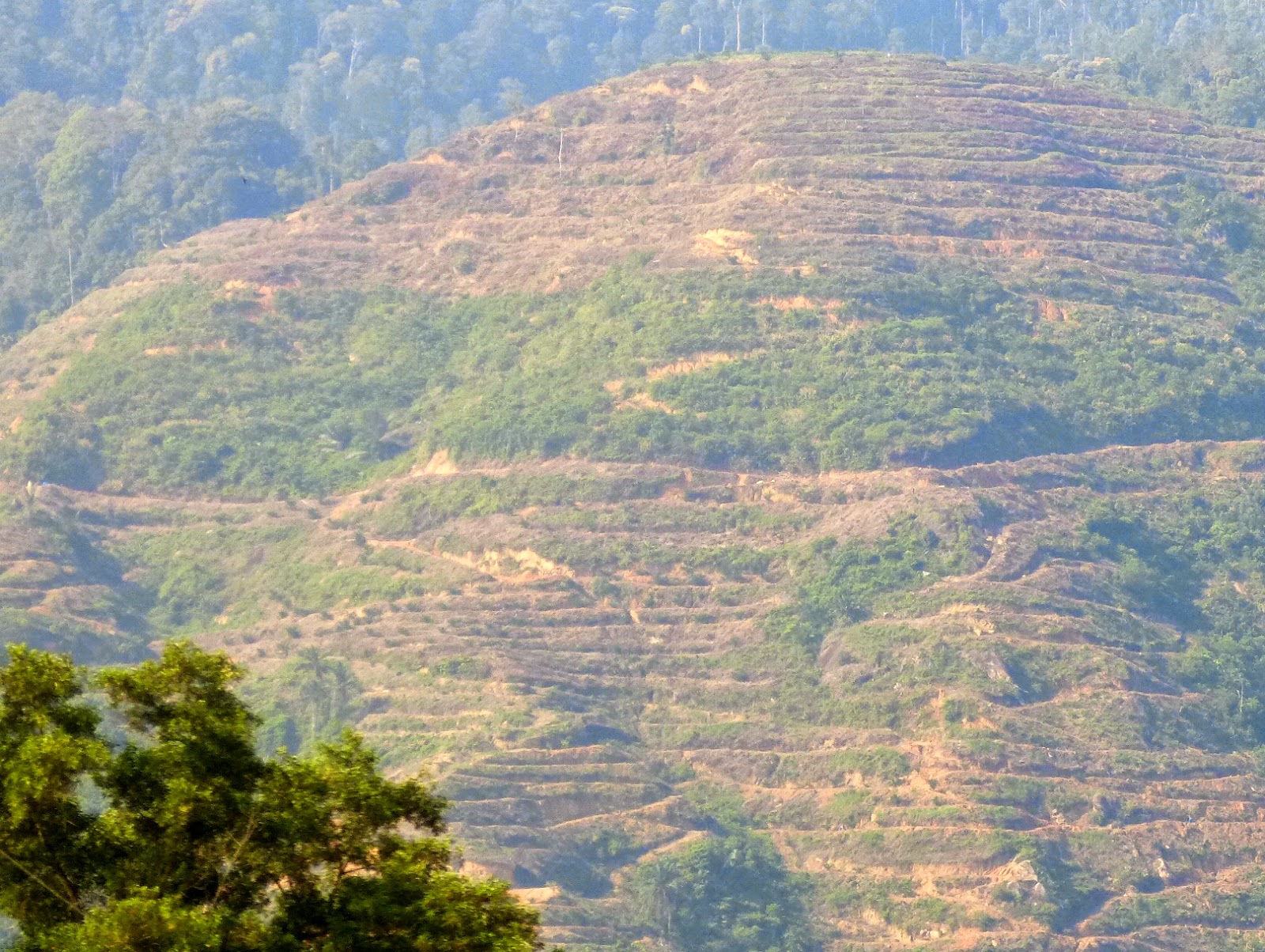 It looked like they had been logging timber here. 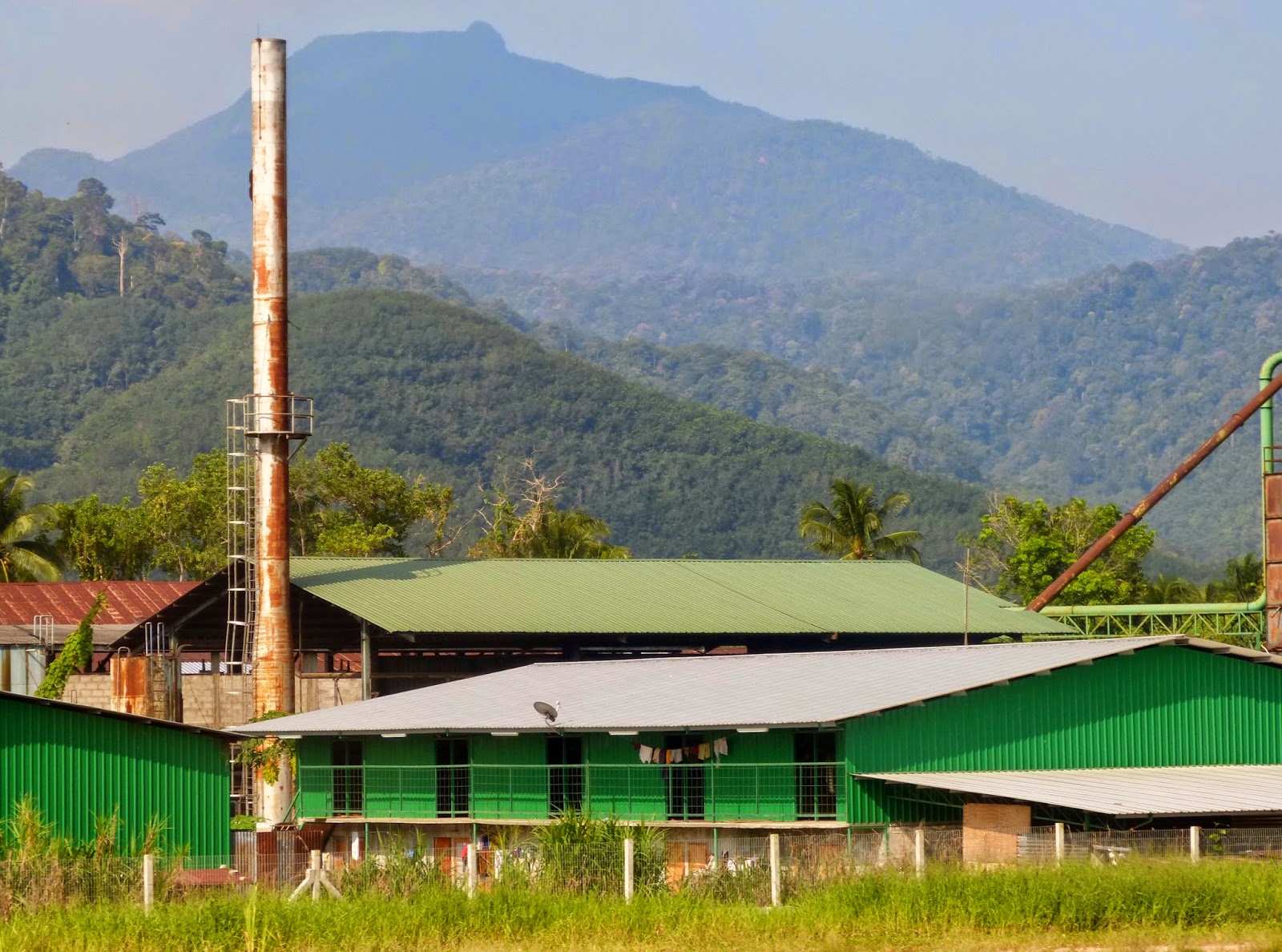 Stuck out in the middle of nowhere were row after row of these identical brand new houses. I saw no activity or sign of life. Sometimes you just wonder what on earth is going on when you see something like this. 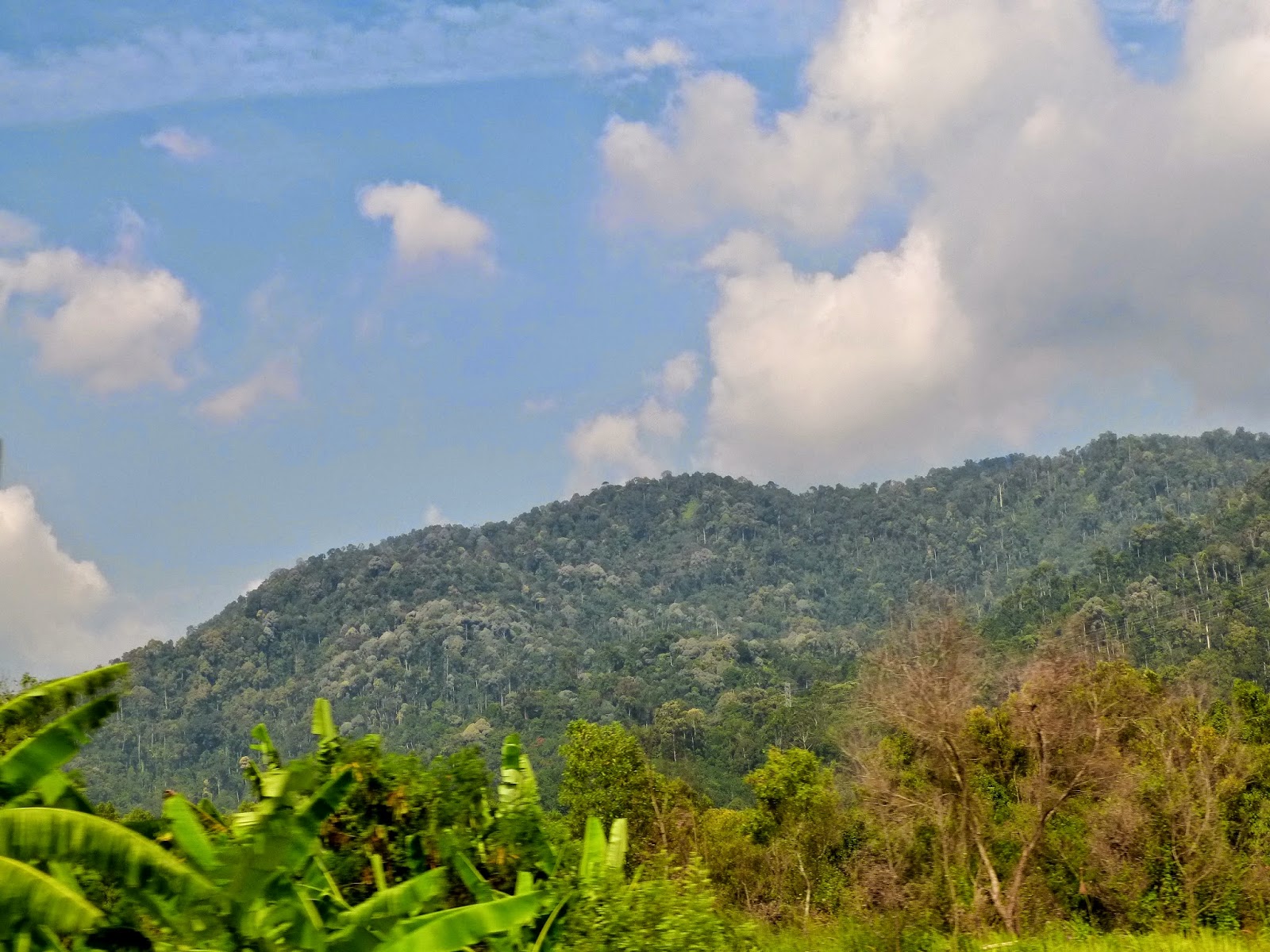 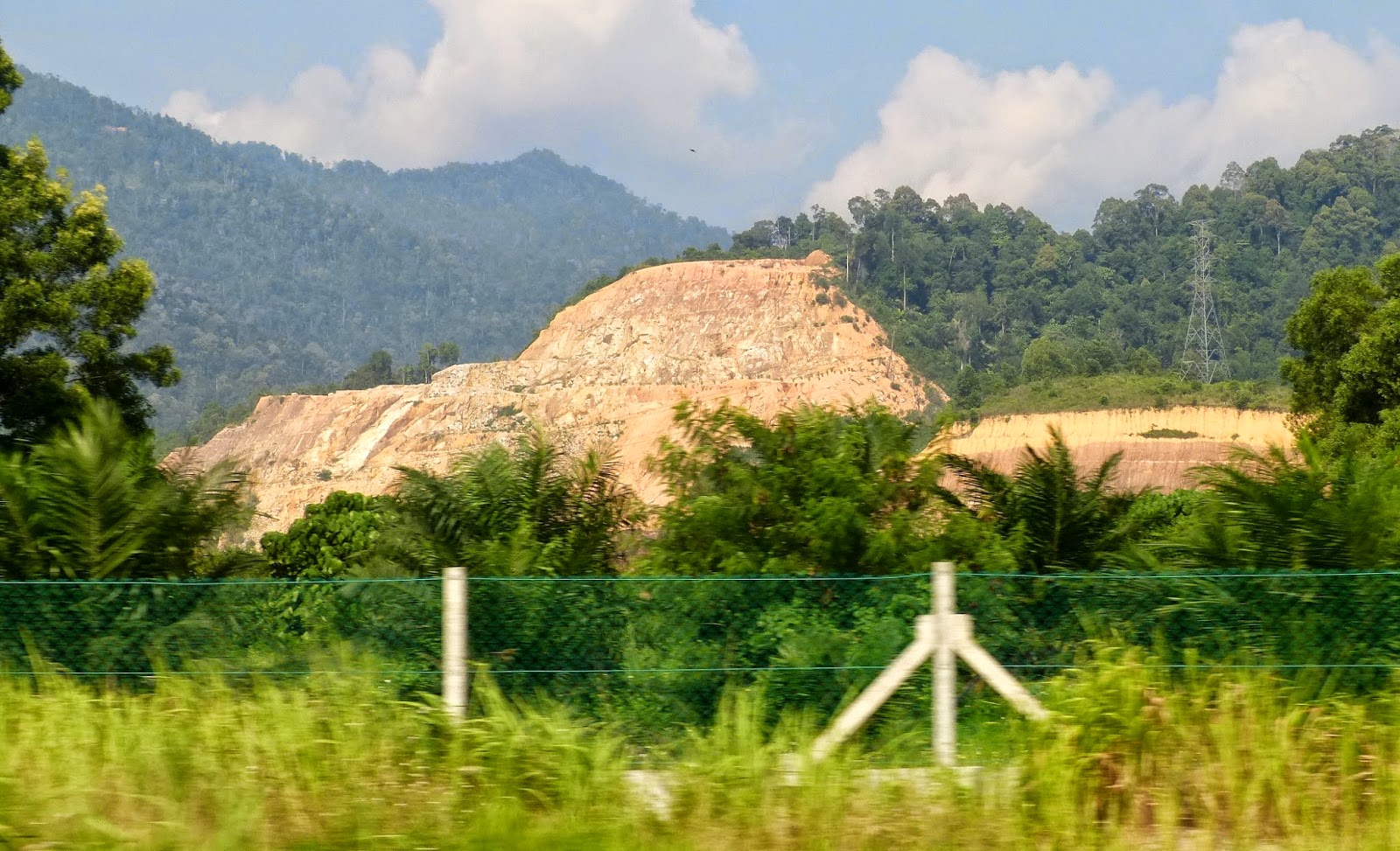 My friend Geoff said he used to go a place in Malaysia called Ipoh years ago. This quarry is just to the north of Ipoh.

Coming into Ipoh. The train made numerous stops along the way. It was rare for thirty minutes to pass without stopping at some station.

Ipoh is the graveyard of hundreds of old railway carriages lined up for seemingly a few miles. 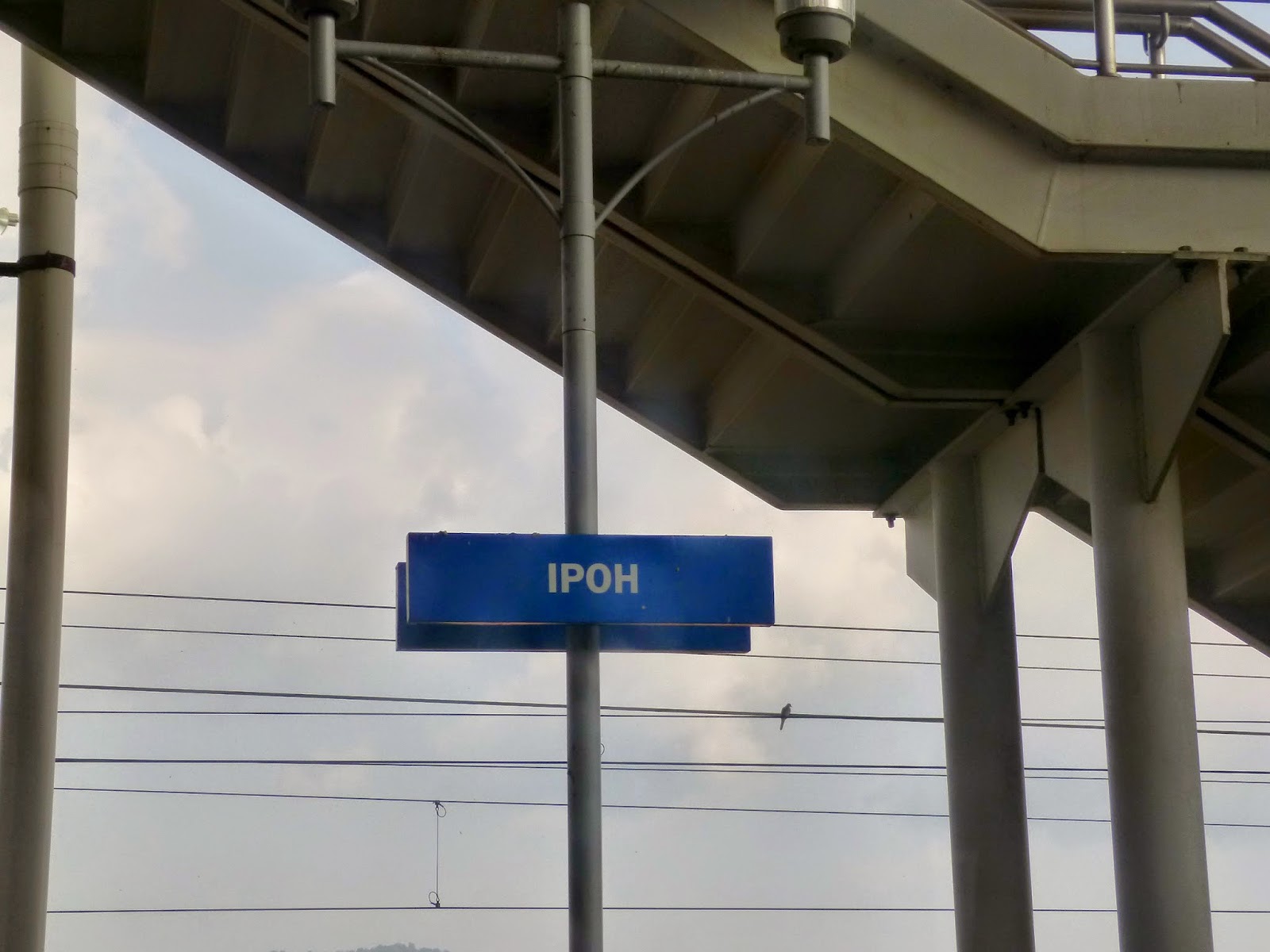 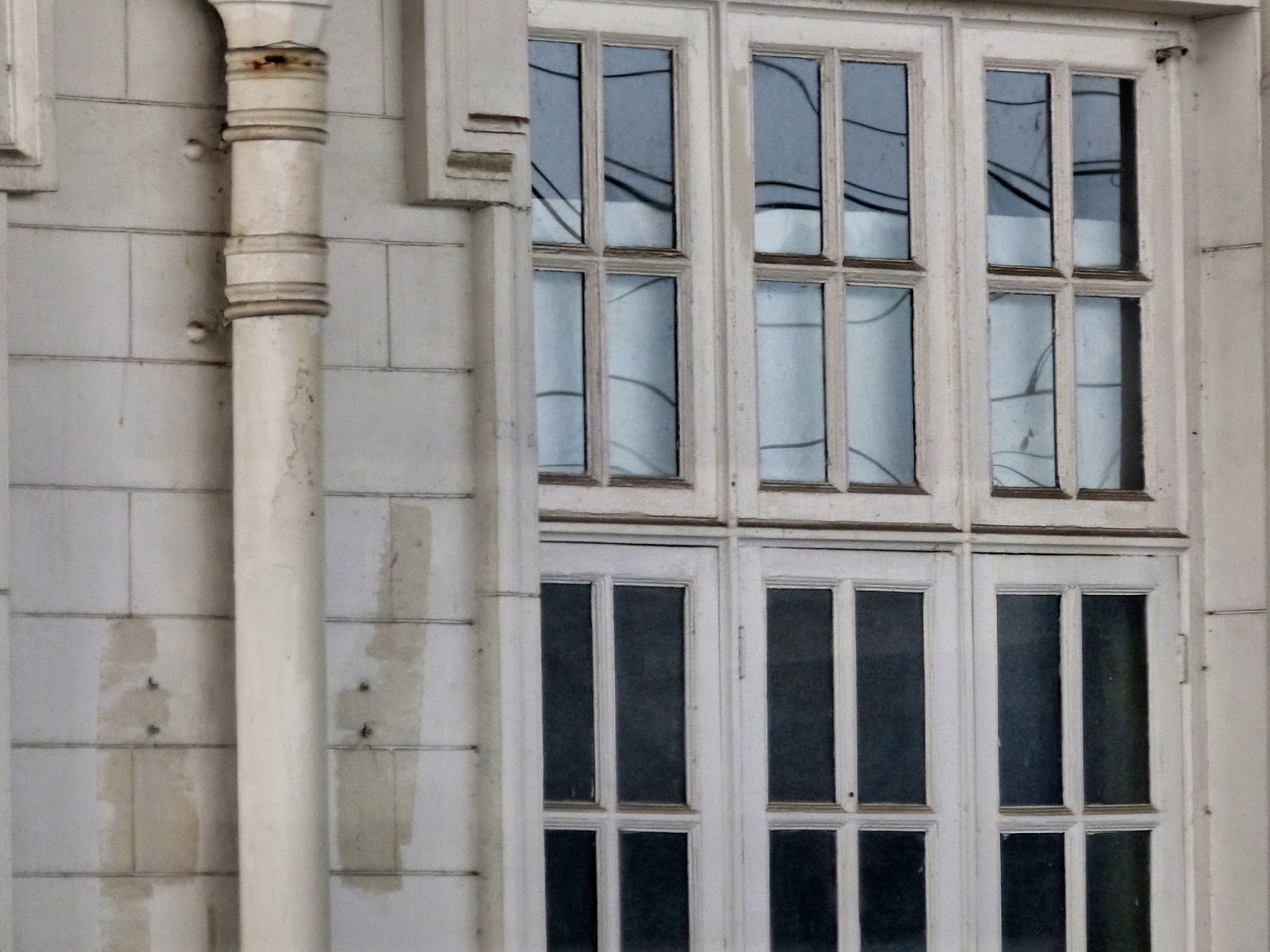 On one side of the train you could see an old Station building. 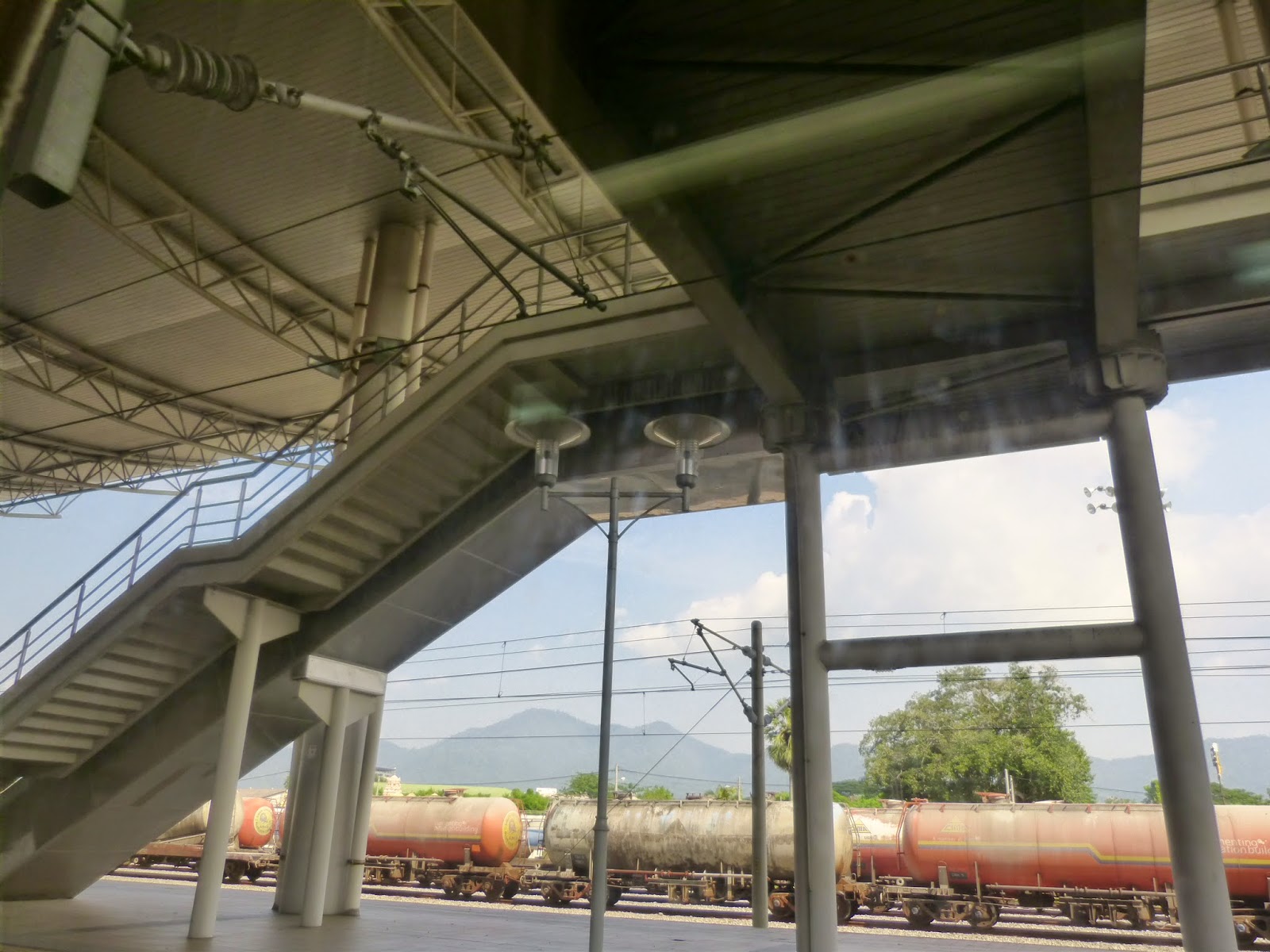 On the other side was a new platform. It was dual track all the way from Butterworth to KL and electrified. 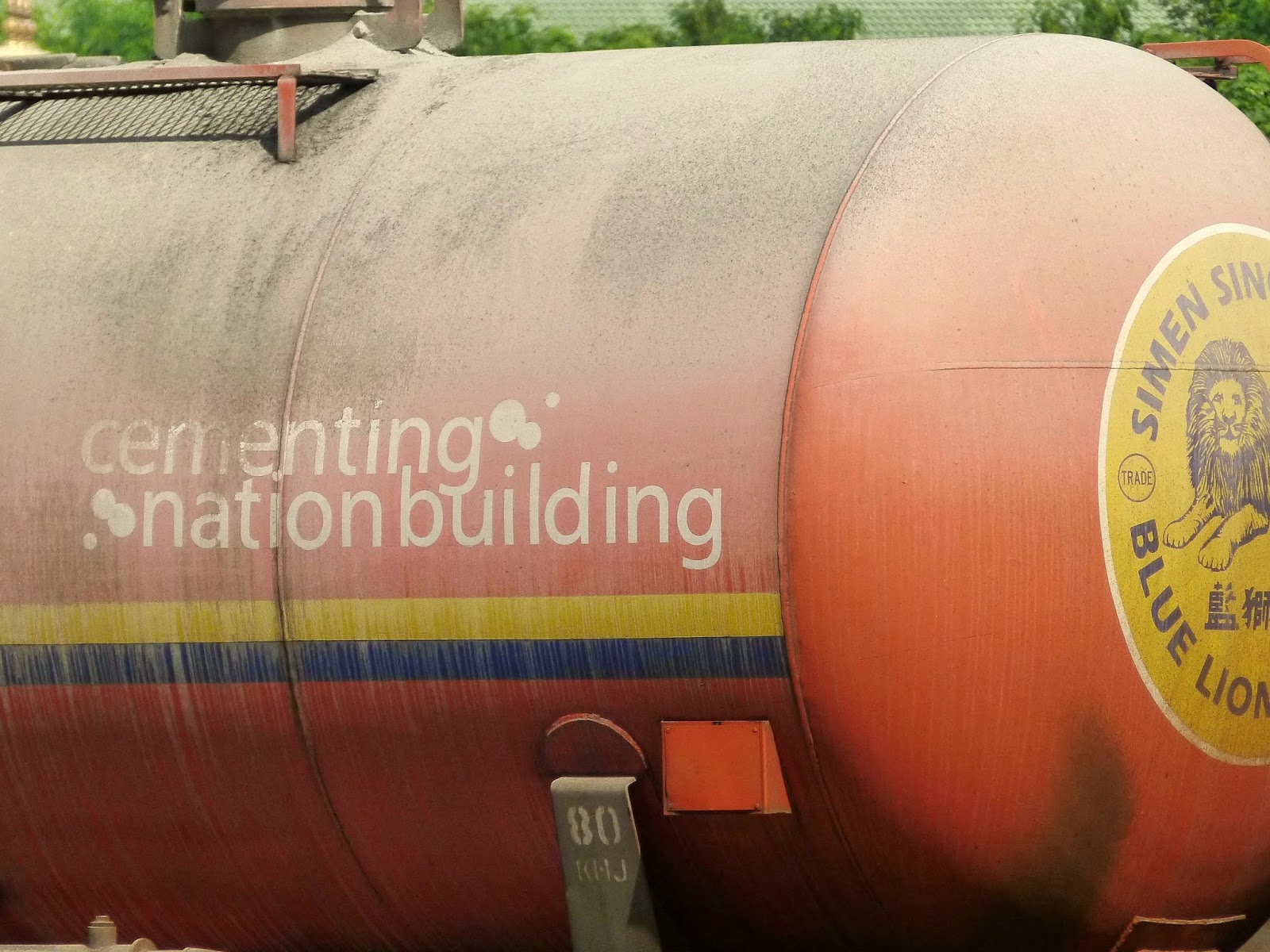 Judging by the large number of cement wagons, I suspect the quarry provided material for the cement.

It was a pleasant journey without being particularly outstanding. 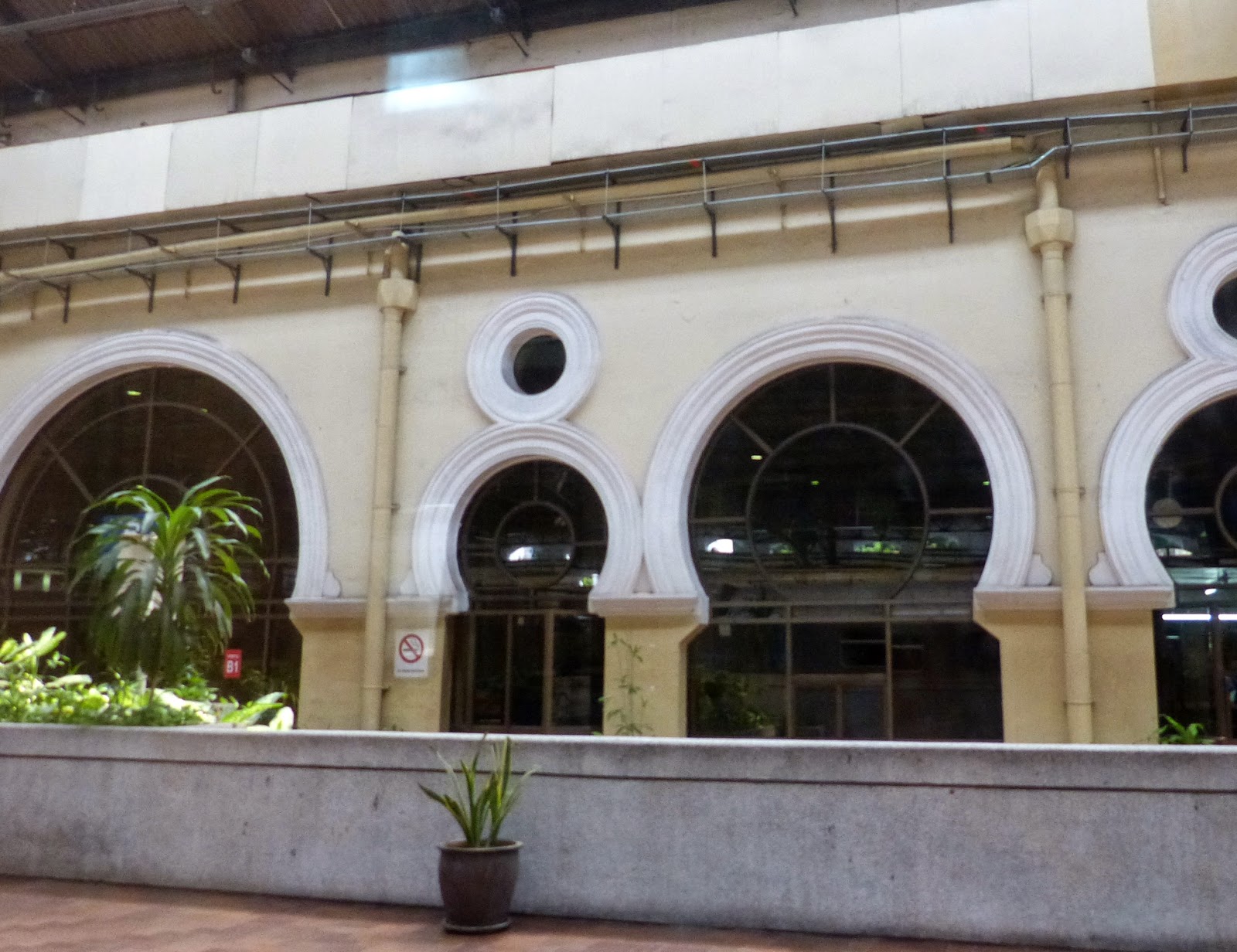 The train paused briefly at the old Kuala Lumpur station which was famous for its Moorish architecture. 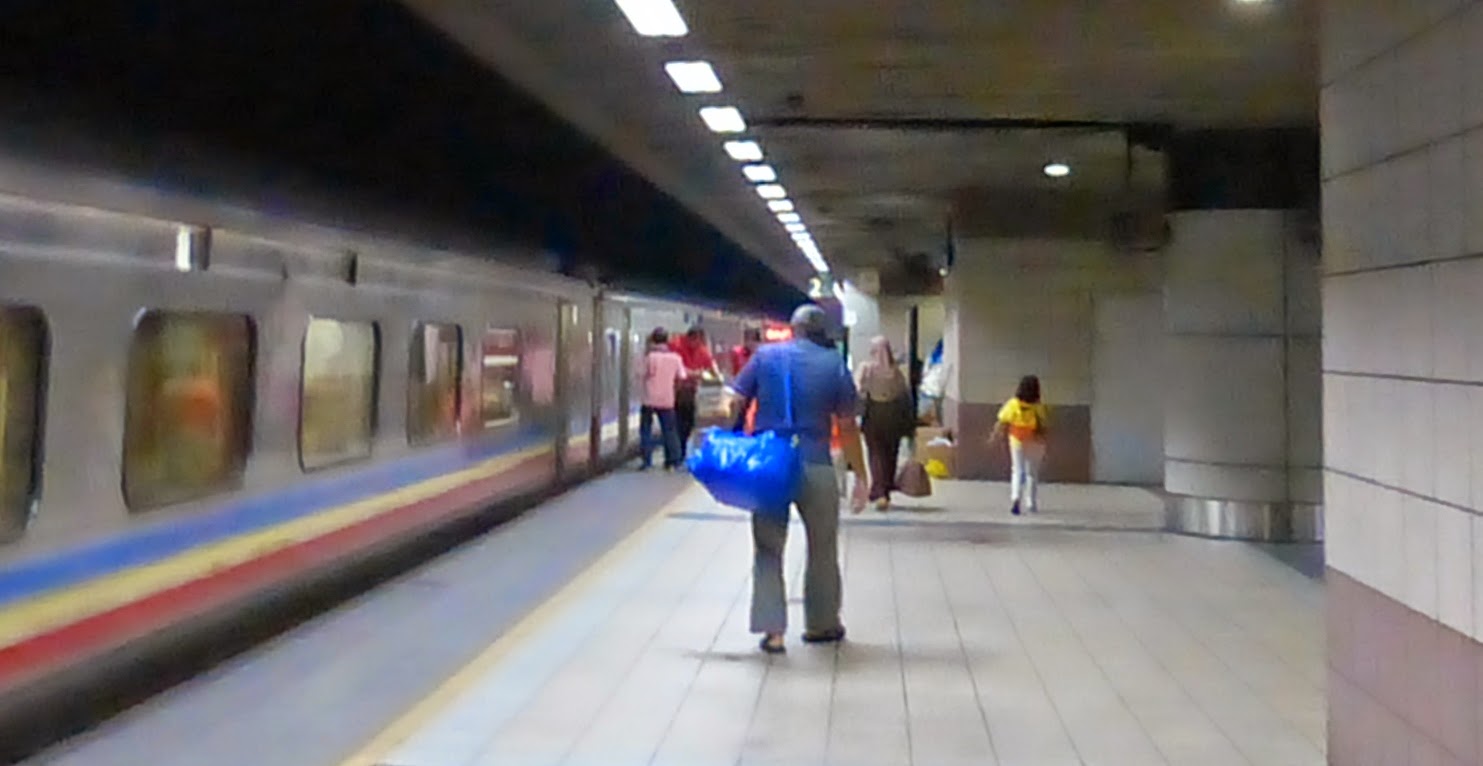 A few minutes later we pulled into KL Sentral a modern station that is as dismal as Penn Station in New York. Upstairs is modern and much better. 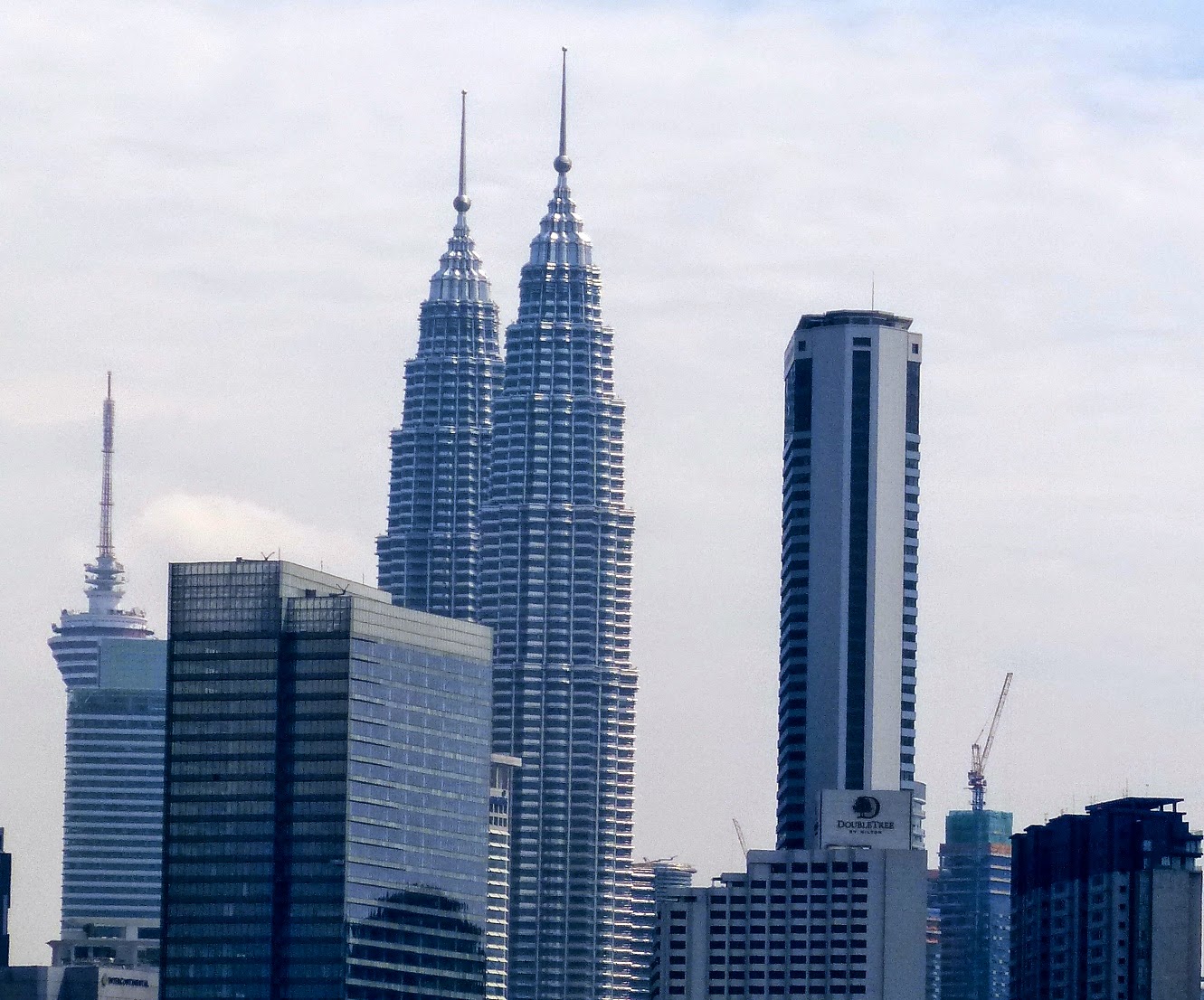 I took the LRT out to Jelatek station where my host picked me up to go to his house. This was the view from Jeletak Station.