As we approached out hotel from the U Bahn station, we walked under this curious structure that looked like a dome of a church. 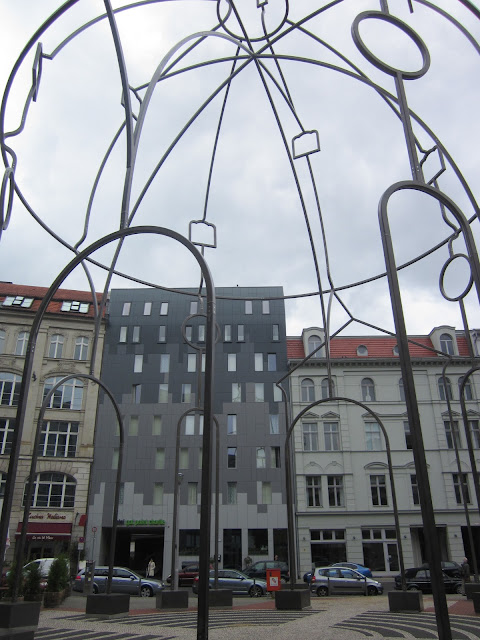 The skeleton of the church. 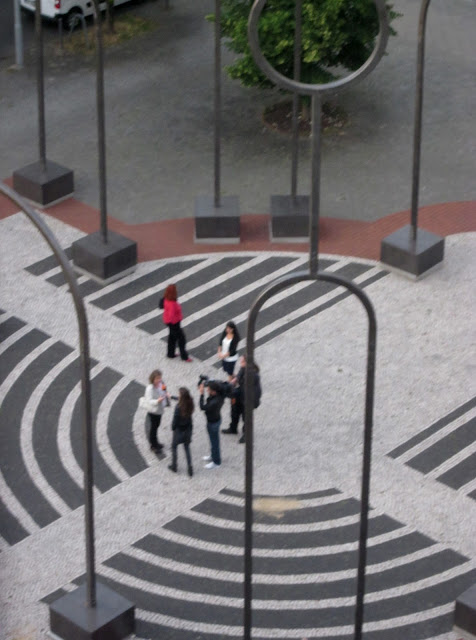 We came back from our feast at the Thai restaurant and looked out of our window. Obviously something was going on. There appeared to be a TV news reporter, camera man as well as a sound bloke with the mike on the big boom. 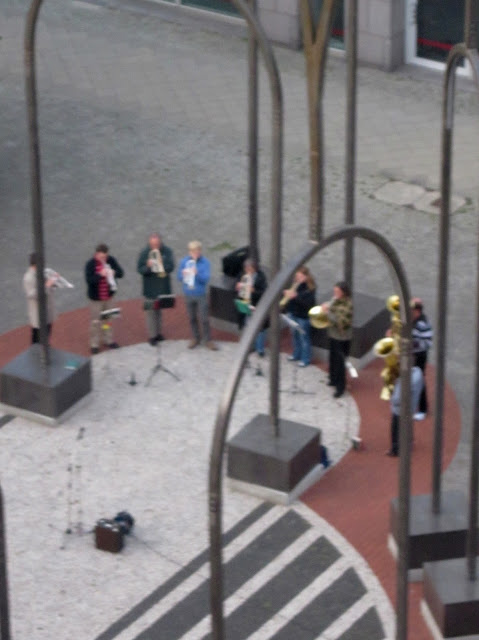 After a while a group of brass players turned up and after stopping their music blowing away in the freshening breeze, eventually began to play.


I was expecting Simon Rattle to turn up and conduct but he must have been busy with the Berlin Philharmonic. 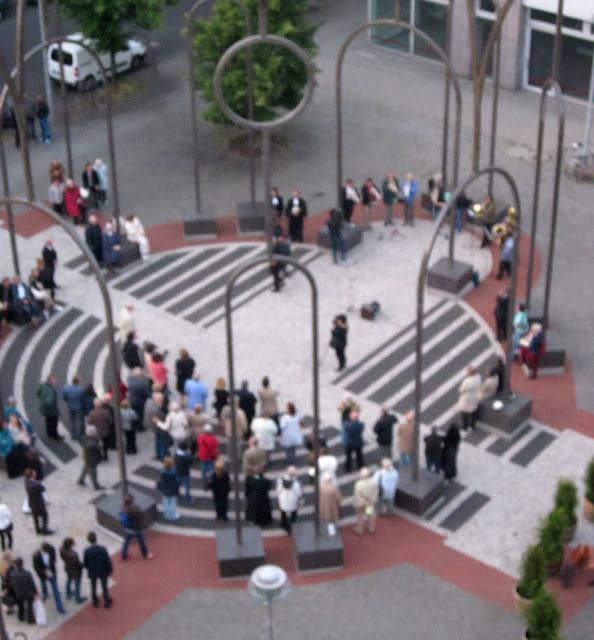 The red blocks represent the walls and the black blocks, the pews.

A reasonable size crowd had gathered and more kept streaming in. 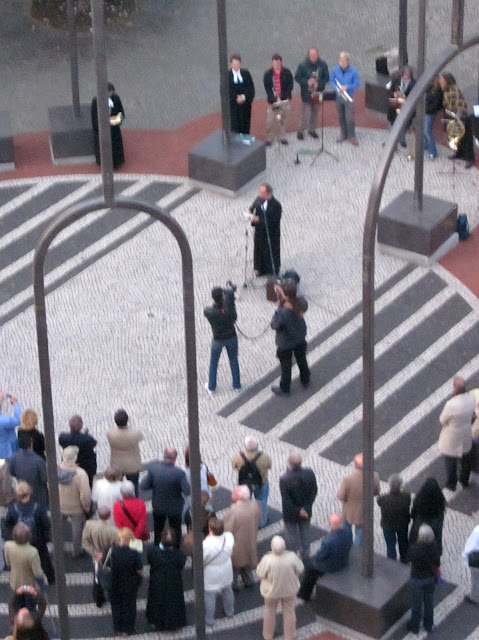 Eventually a man and woman donned ecclesiastical clothes and the man came out and addressed the crowd. Since he spoke in German, I can only suspect that it was a welcome to what might have been the first service to be held there since the church was destroyed in 1943.

The woman also had her turn and the TV group kept recording it all. 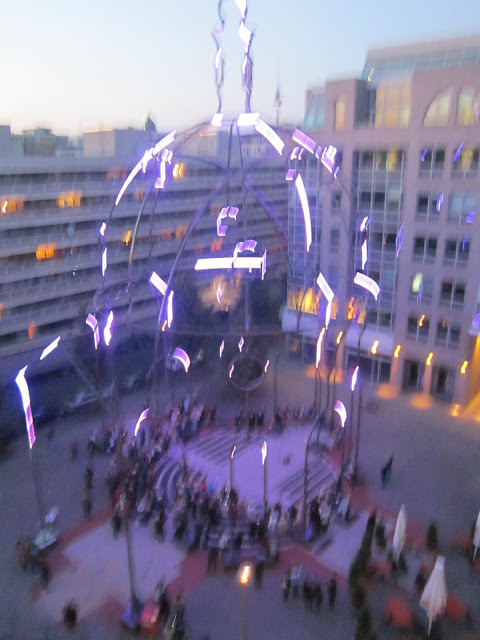 Suddenly they turned on some purple strip lighting attached to the frame. It looked much more spectacular than what the photos show. 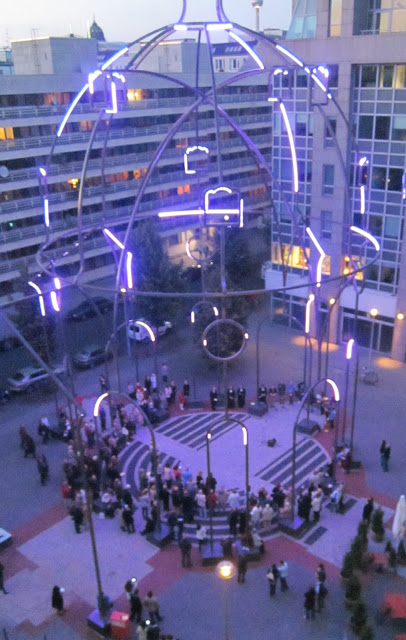 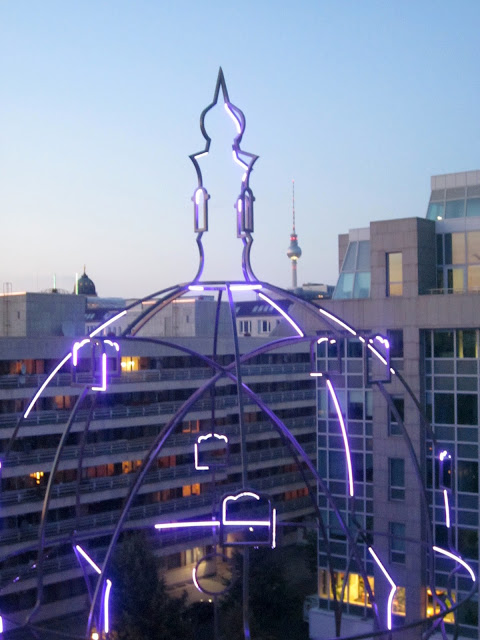 By dusk, (10 pm)  it was quite a sight to see. The following evening it was rainy and overcast and you could not see the TV tower. They certainly picked the right night to hold their ceremony. 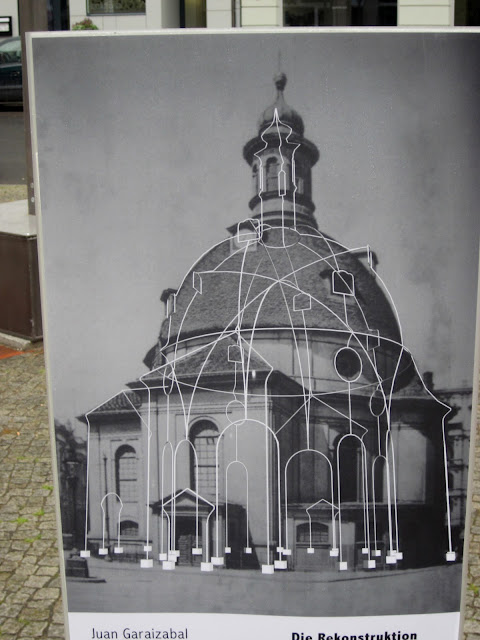 There are some photos on a bill board that show what the church looked like.