A visit to Bainbridge Island and the Bottleheads

Some of you may know that one of my hobbies is building tube (valve ) amplifiers. The first piece of tube equipment I built was a kit for a line-stage from a company called Bottlehead. It cost $99 and I am proud to say it worked first time. It still works.

Back in 1998 I visited Seattle when I went to a conference and I managed to get to the Christmas get together for the Bottlehead group. Back in 1998, the owner of the company ran the business out of the basement of his house. Since then the business grew and I decided I would like to see the new 'factory' where the kits are produced. The owner invited me to come round on a Friday and so I decided to drive over in the Honda that our host family in Seattle has provided for us to use. 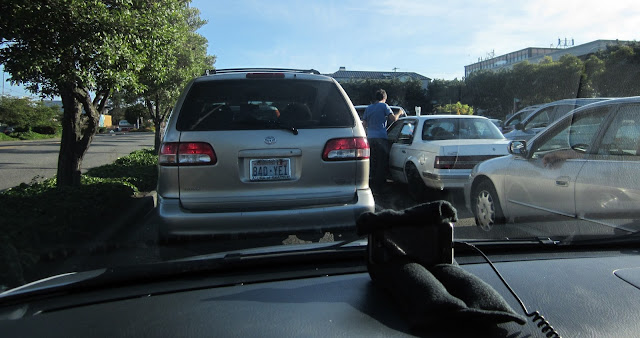 It was the Friday before Labor Day weekend ( 3 days ) so I was warned to take an early ferry across Puget Sound to Bainbridge Island. Here are the cars lined up at Edmonds waiting for the ferry to arrive. 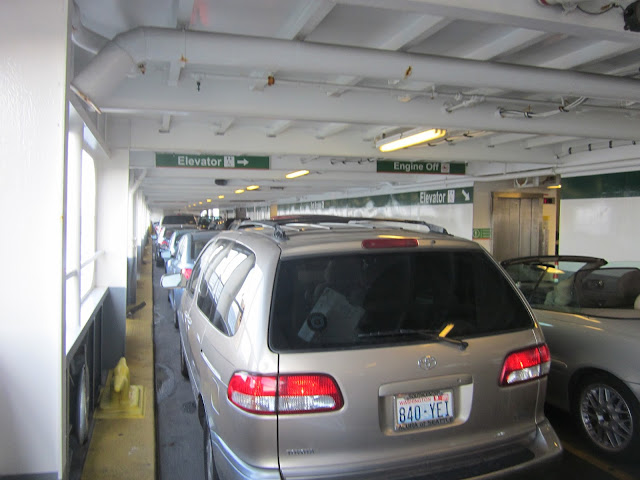 There are two decks on the ferry for cars and two more for passengers. 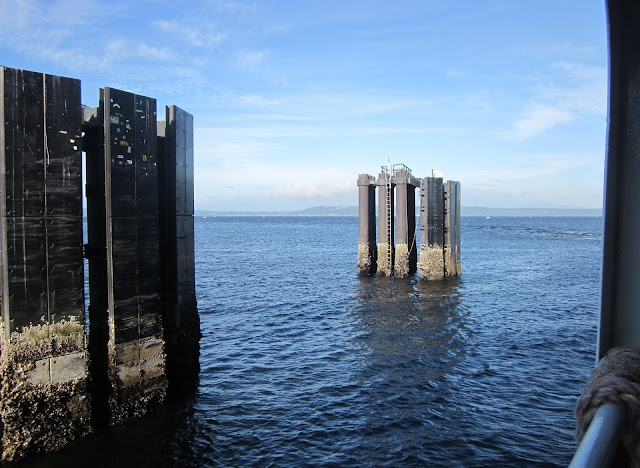 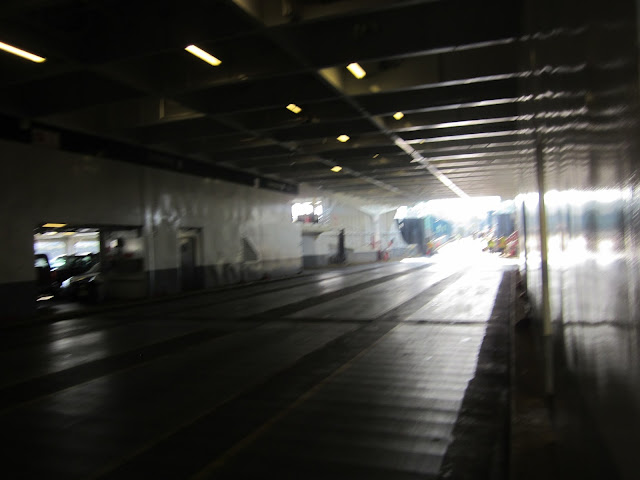 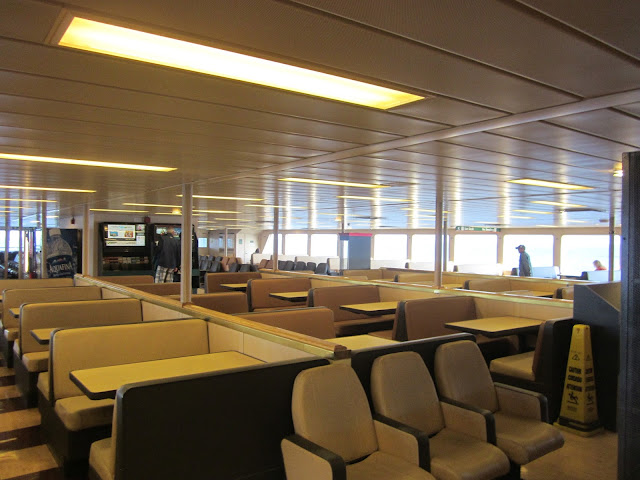 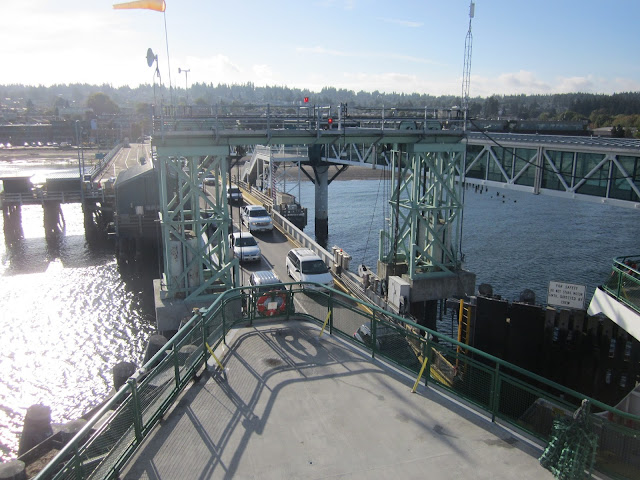 Still more cars loading onto the ferry. It can hold 200 cars and 2500 passengers. 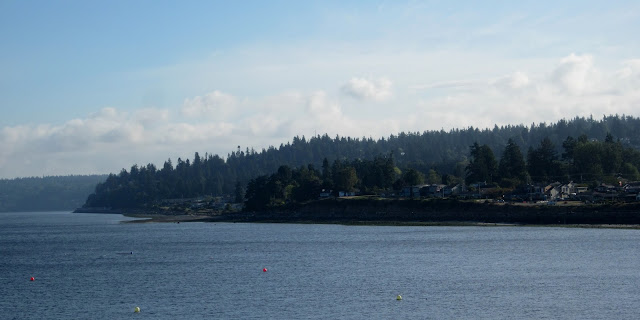 Views north and south from the Edmonds terminal. It was a beautiful day with no trace of rain. 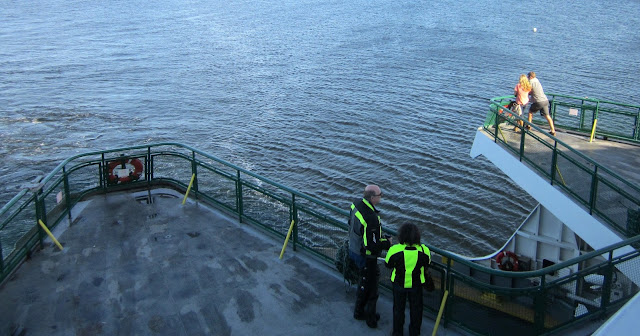 We set off and met the matching ferry coming from Kingston. Since I now qualify as a senior, the one way cost was $14.50. The journey took about thirty minutes. 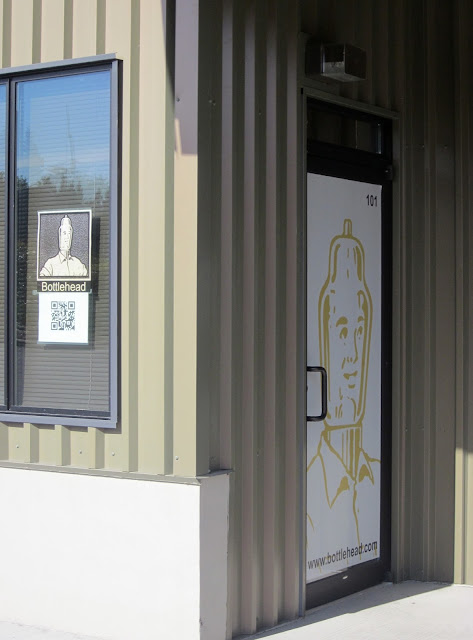 It only took about thirty minutes to drive down to Bottlehead headquarters. It is located in an industrial park that also has a winery, brewery and a gin distiller. If you are a boozer this would be a great place to locate.

There was much less traffic on this side of the water and the drive was very pleasant through the pine trees. 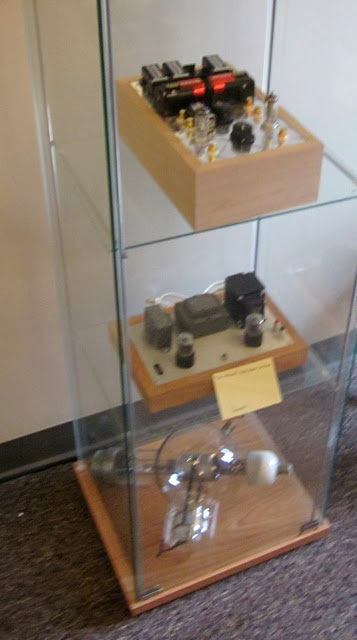 Example of their older kits. At the bottom is a huge old transmitting tube that was probably used by a radio station. 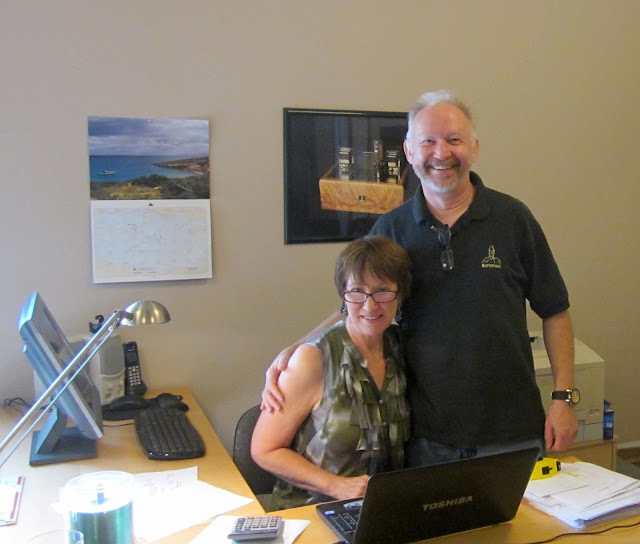 Eileen and Dan, the owners. Dan is known as Doc B on the forums and they are both really nice people. 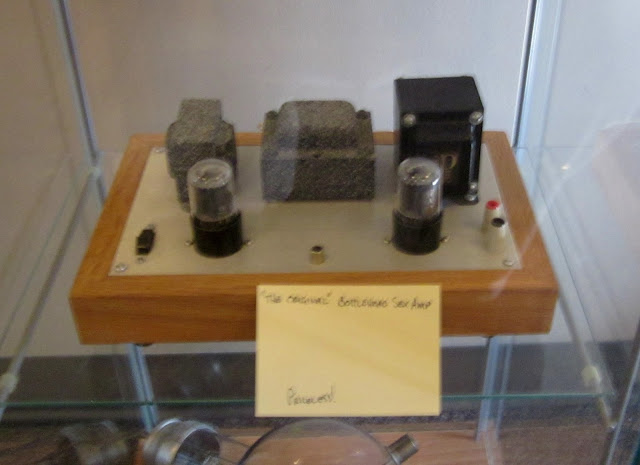 Their original amp which was known as the Sex amp. Their philosophy was to enable beginners to build a simple inexpensive amplifier that would be easy to upgrade and experiment with. The experimentation part really appealed to me. Back in 98 they published a small magazine and two editions contained articles that explained in great depth how to design an amplifier. After reading the articles multiple times I finally understood the basics and started building my own designs. 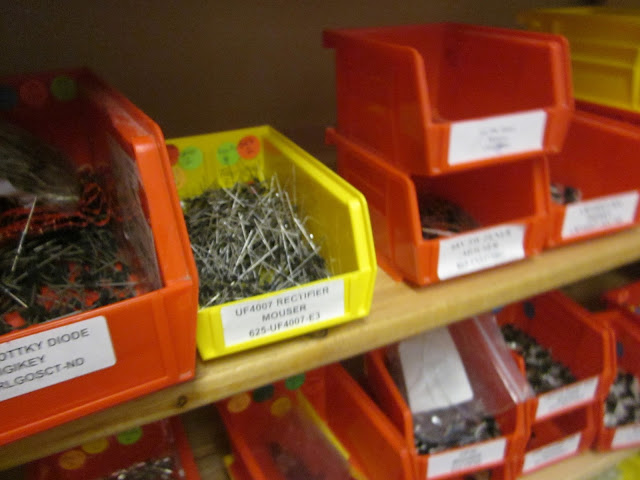 Bins of various parts, all of which I recognize since I use the same stuff. 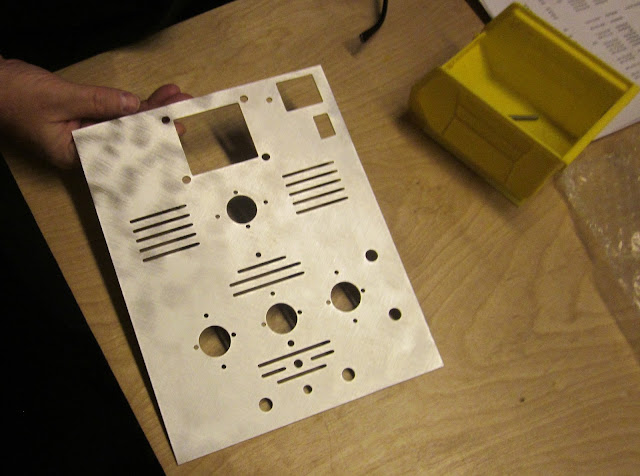 A laser cut top plate that comes with the kit. The builder simply attaches the parts to the plate and solders it together. If you can follow instructions, they are easy to build. 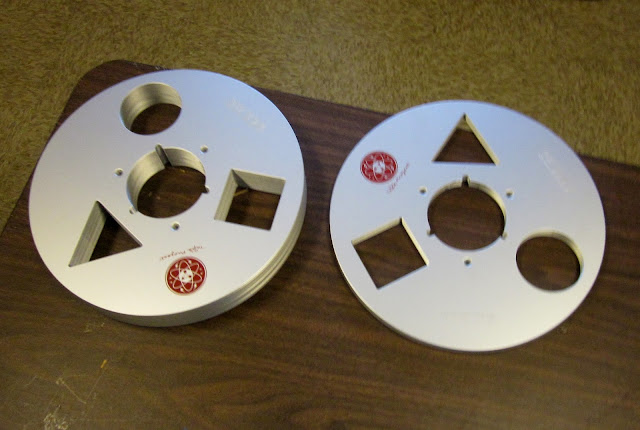 As a sideline they are interested in tape and they also produce these spiffy looking tape reels. 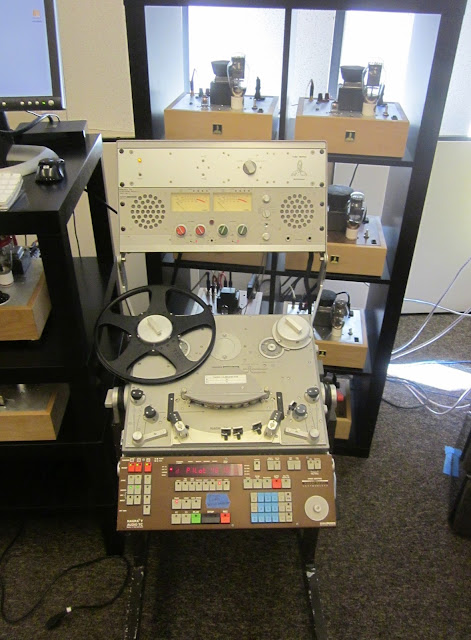 Their top of the line restored and improved Nagra tape deck. Many audiophiles would say that this is about as good as it gets for hi-fi recording. 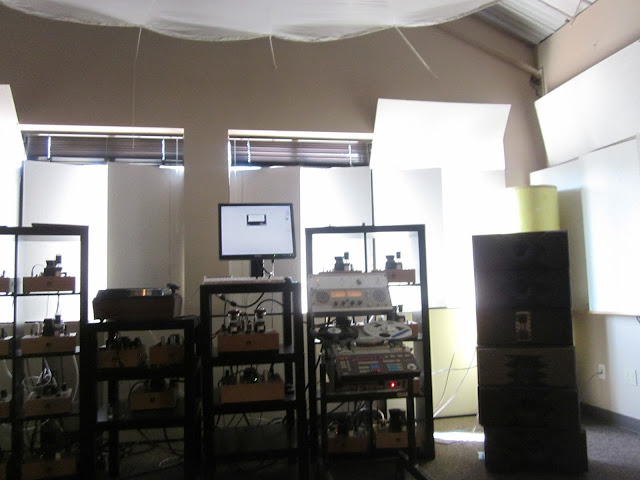 Their big system. I won't get into the details but it certainly sounded very good. Dan was kind enough to spend over an hour with me listening and talking. He designed this system so that the sound would be relaxing, even though it all looks very complicated. 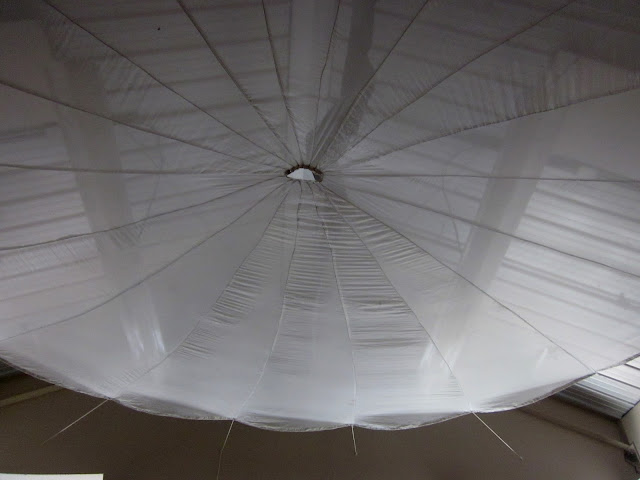 The parachute at the ceiling which helps with the acoustics. 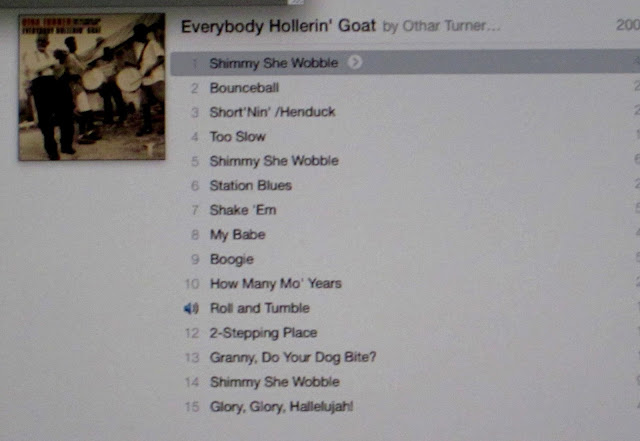 The real reason most audiophiles get into the hobby is so that the music sounds better. I love to be introduced to music I have not heard before and while my main interest is classical, I do like blues. Dan played a track from this Blues CD which features fife and drum music. It was very different from standard Blues since the fife replaced the guitar and singer, but the rhythms were the same. You can hear it here and let me tell you the recording sounded much much better on the big system than on my little net-book.

It was a great visit. If you want better sound, really consider a kit from this group.