Eureka to Navarro River on the way to Alemeda

One of my nieces lives in a nice apartment by the beach in Alemeda which is close to Oakland. She invited us to stay with her for a few nights before we fly out of SFO to Australia so we were delighted to accept. 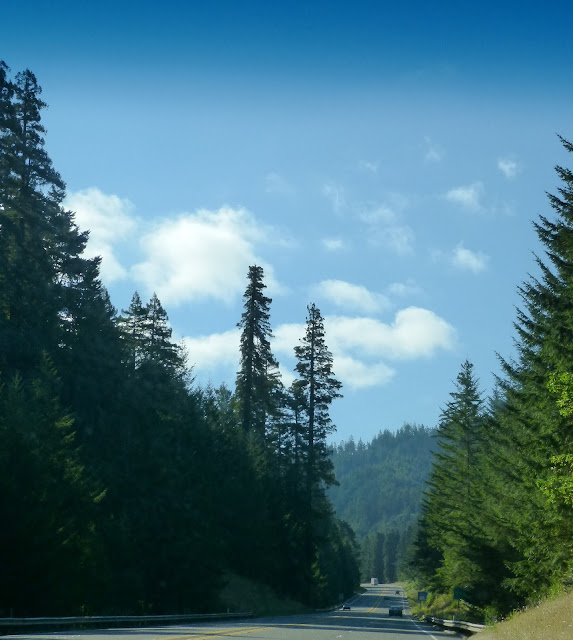 After you leave Eureka, Route 101 heads inland and soon comes to the redwoods in Humbolt Redwoods State Park. It's pretty easy to pick out the redwoods. They tower over everything else. 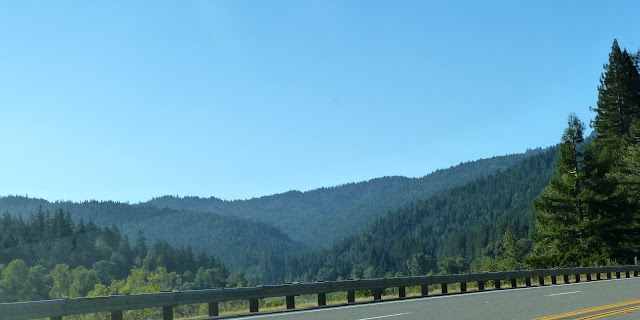 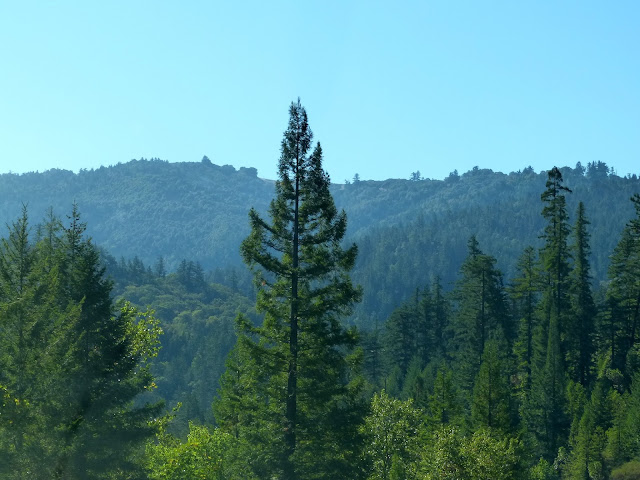 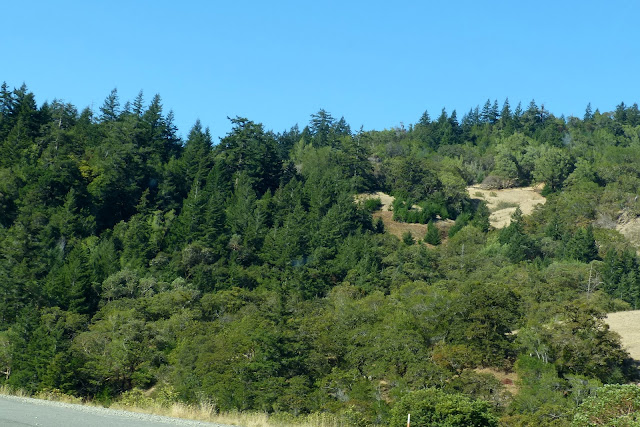 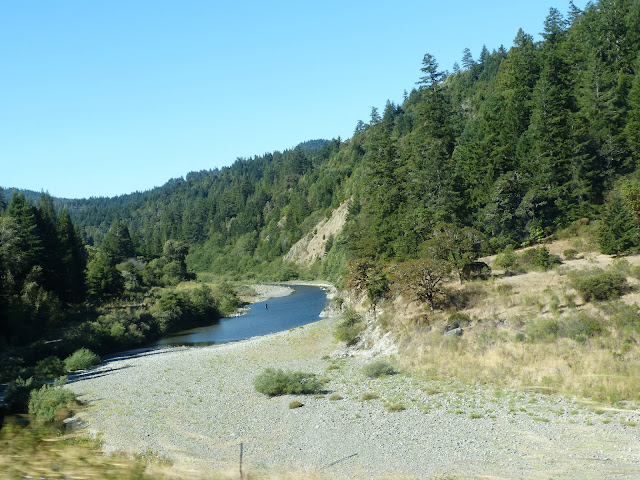 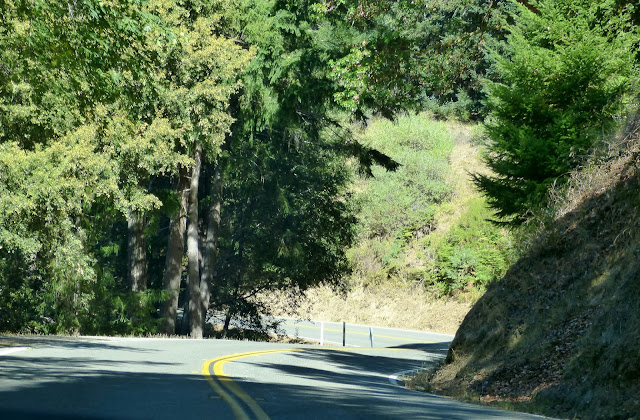 Further south we turned off on Route 1 which follows the coast rather than continuing inland on 101. This road is exceedingly windy with many sharp curves. You can't go much more than 30 mph and you constantly have to be on the watch for cyclists. 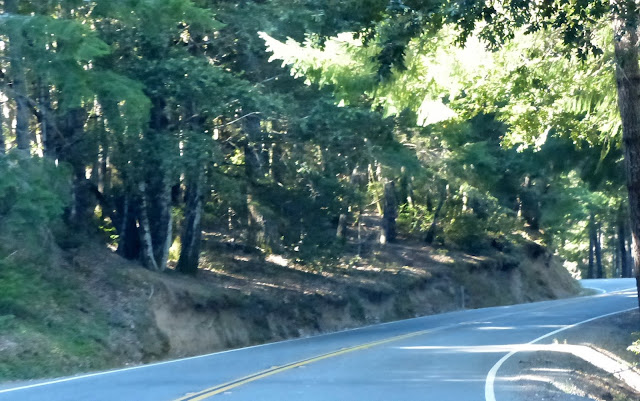 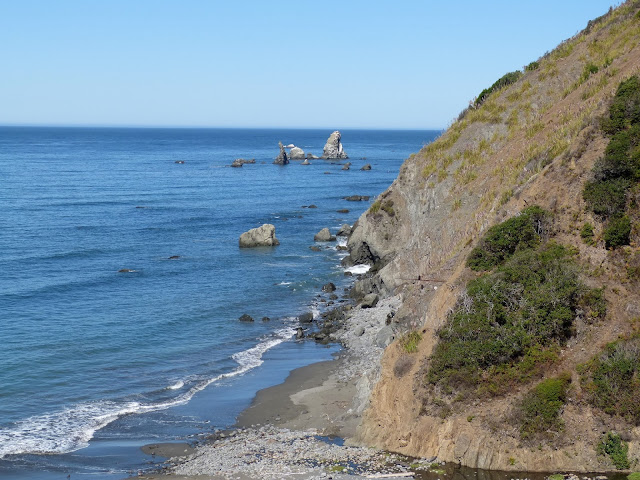 Eventually the road arrives at the coast and of course it is spectacular as well. 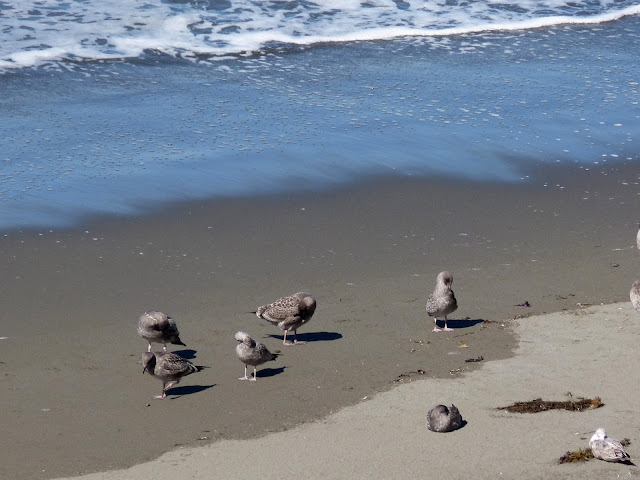 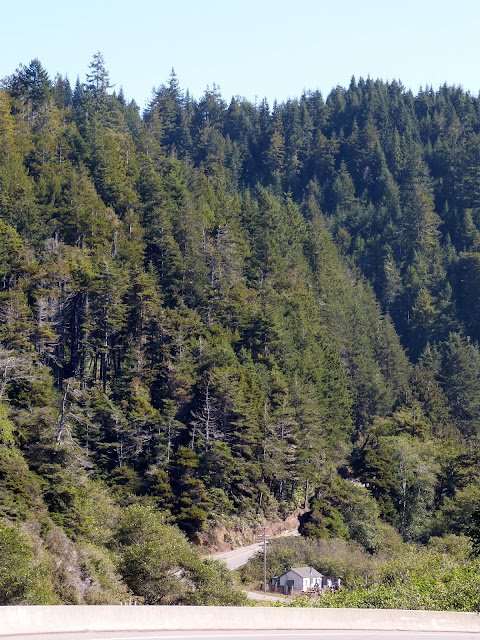 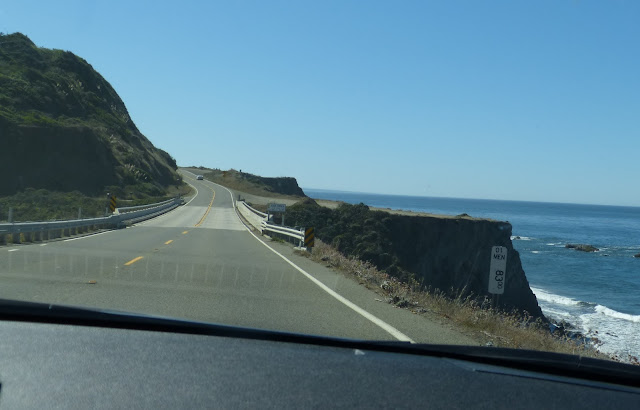 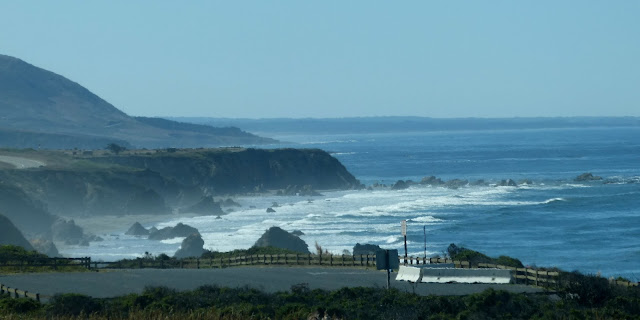 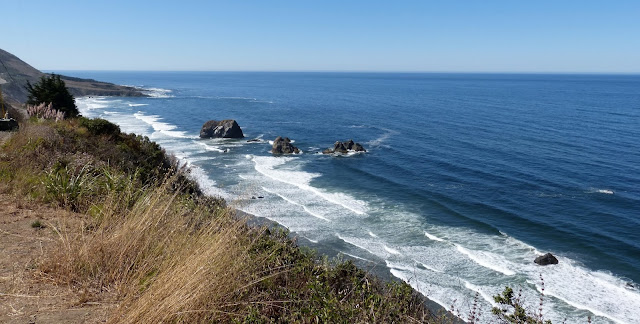 At least this day was beautiful with no trace of rain. It was also warmer than further north in Oregon. 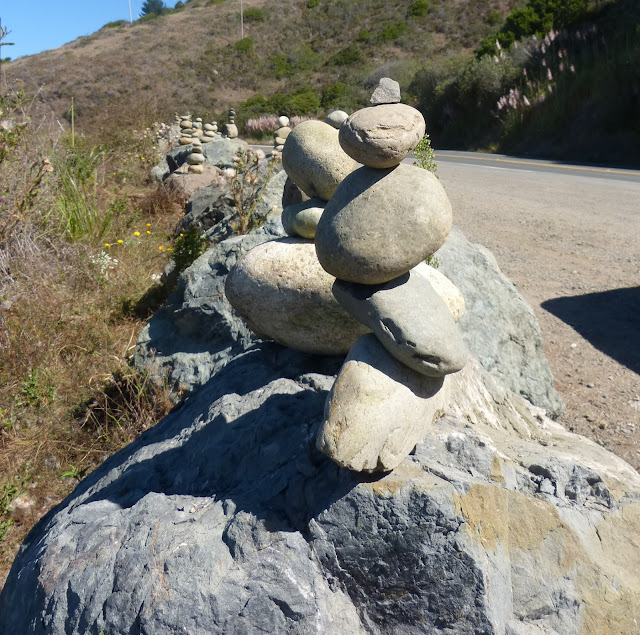 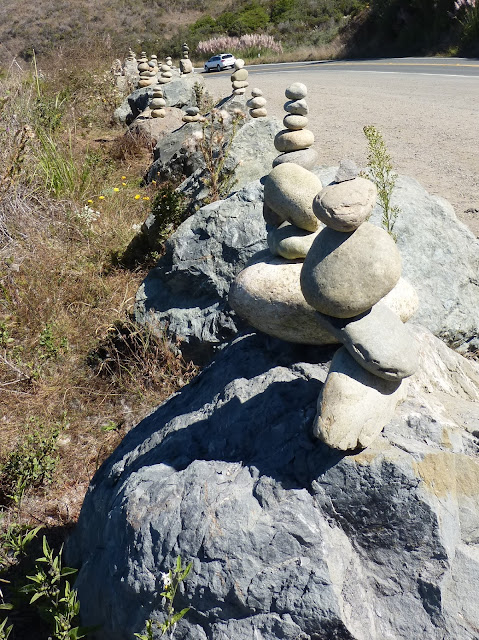 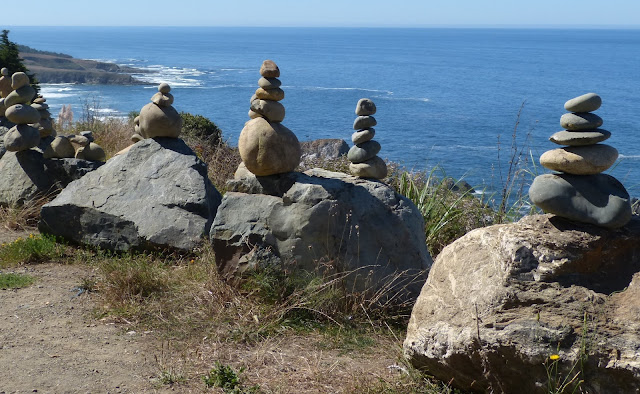 Somebody had piled up these rocks. 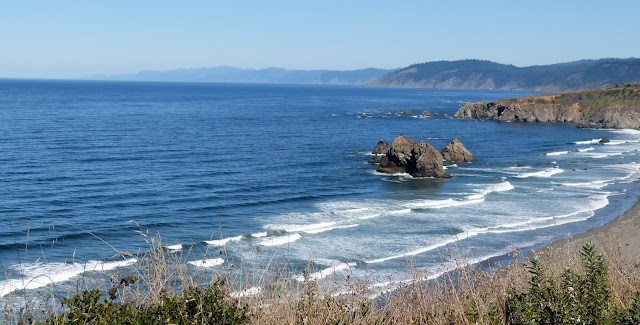 It really is an attractive coastline, but we had seen so much spectacular coastline in Oregon that this gorgeous scenery did not have as much impact as it should.