When we lived in Brisbane in the early 80's, Marianne became interested in making quilts. Since she is very good with her hands and has great artistic talent, quilts became her passion for a couple of decades. One of the interesting people she met while in Brisbane was Ruth Stonely. We were unaware that she had died until my friend Geoff sent us a link to an exhibition of her quilts at the Queensland Art Gallery. Of course we had to go to see them. 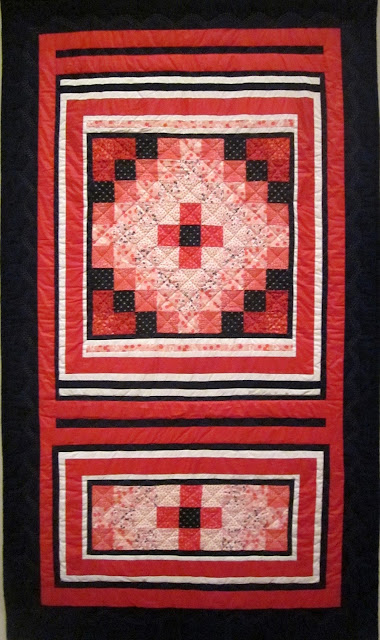 They were exhibited in a large room and we had it all to ourselves except for a guard who lurked at the door. There was another bigger quilt exhibition going on at the same time at the Gallery so I expect that was why we were the only viewers. 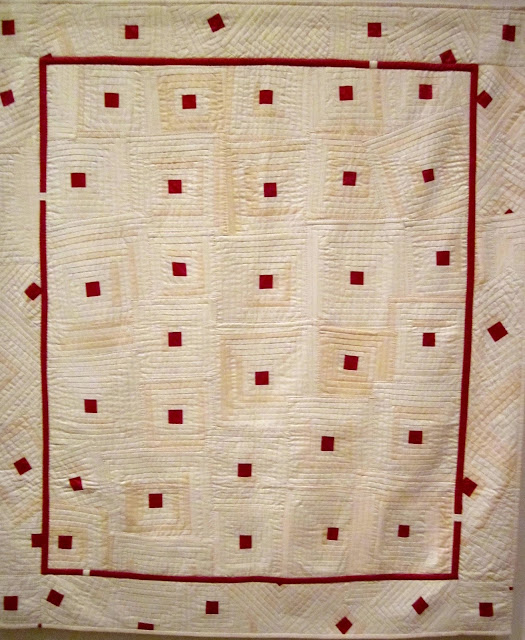 If you click on the photos they should enlarge. 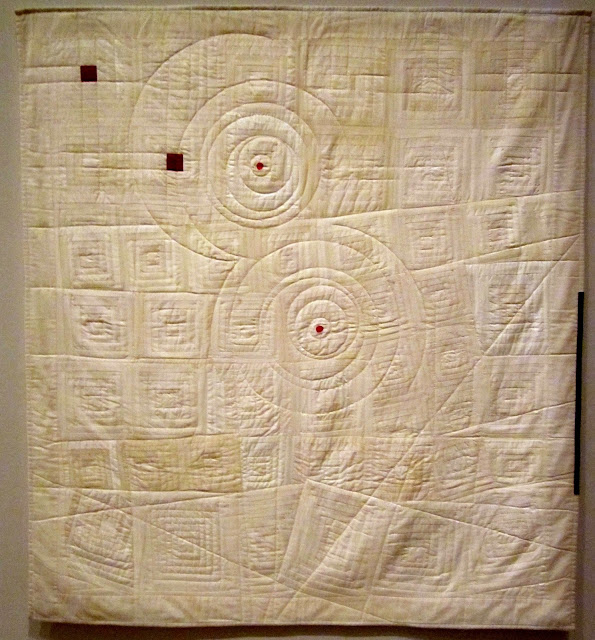 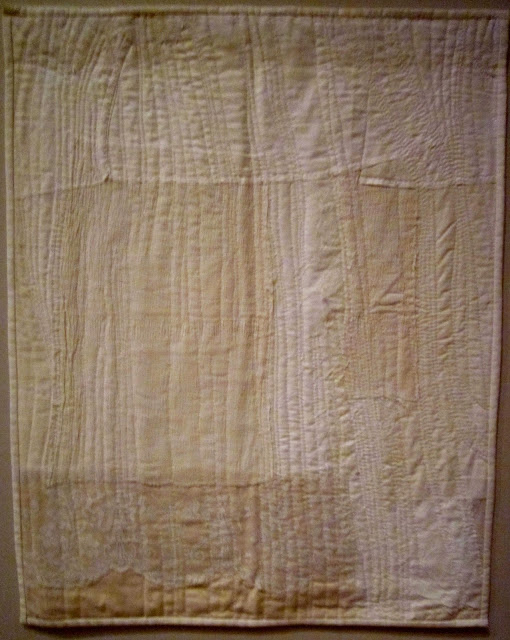 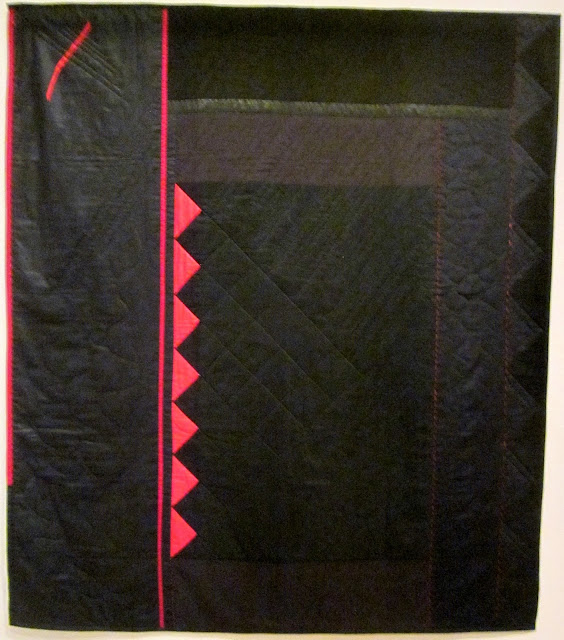 She went through a black period in the late eighties. 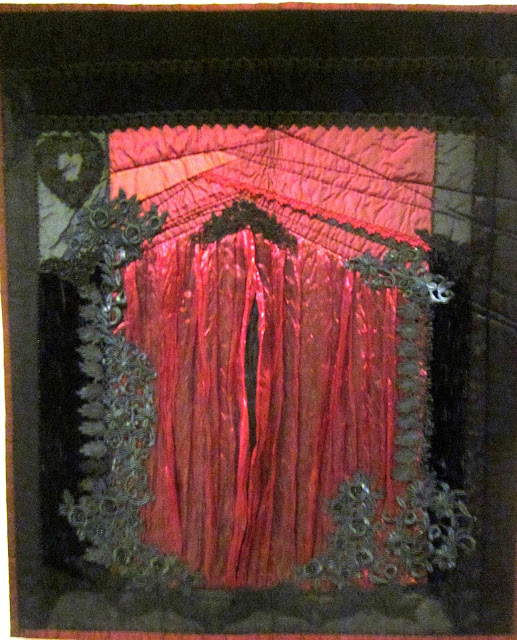 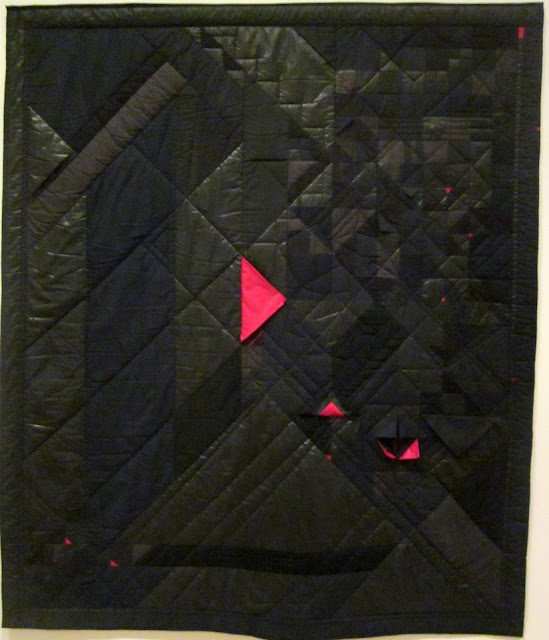 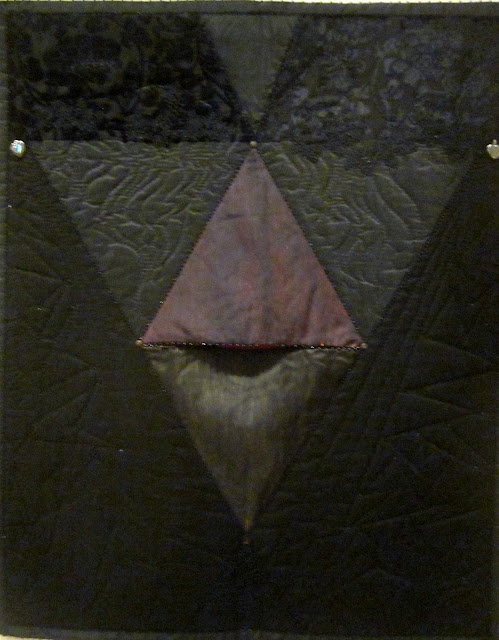 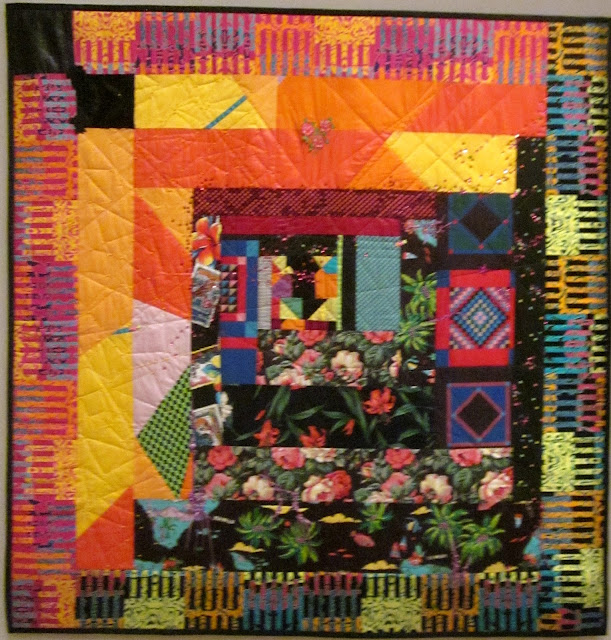 Eventually she moved out of the black period and returned to colour. 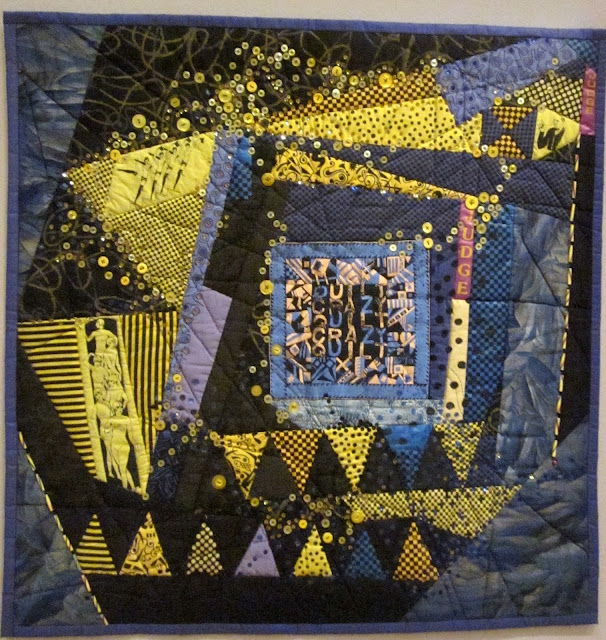 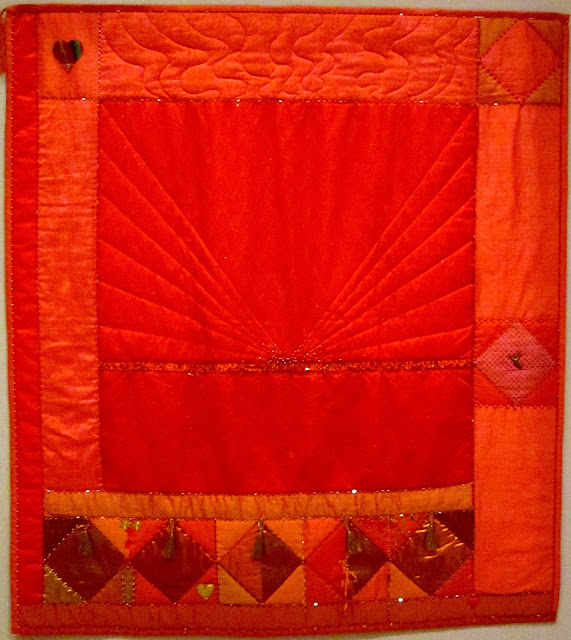 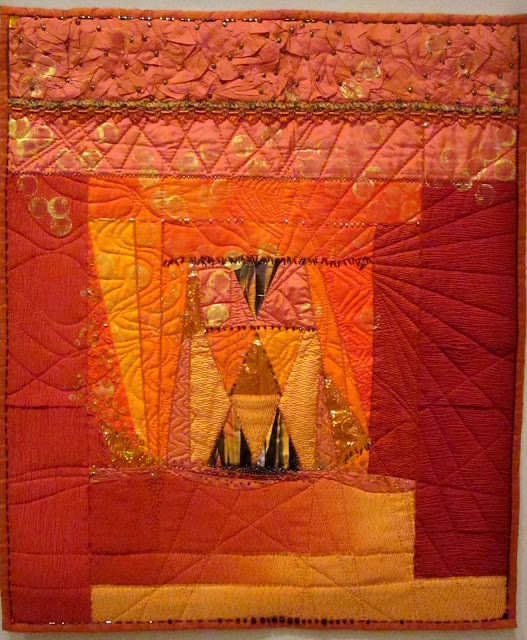 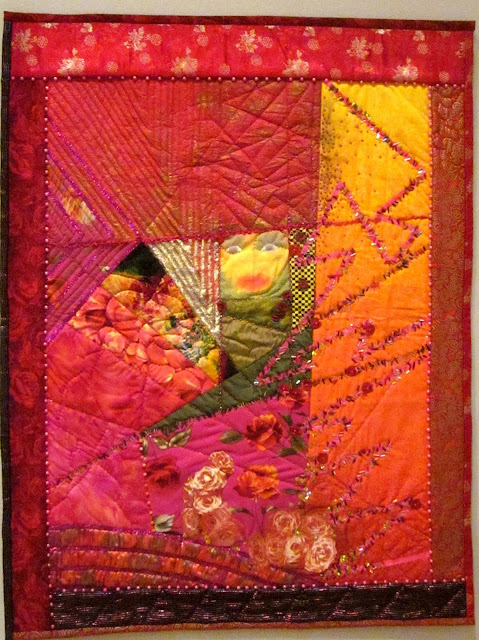 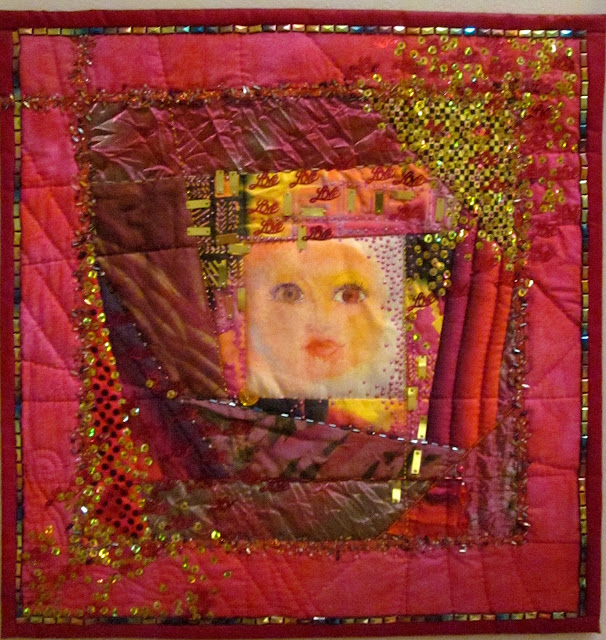 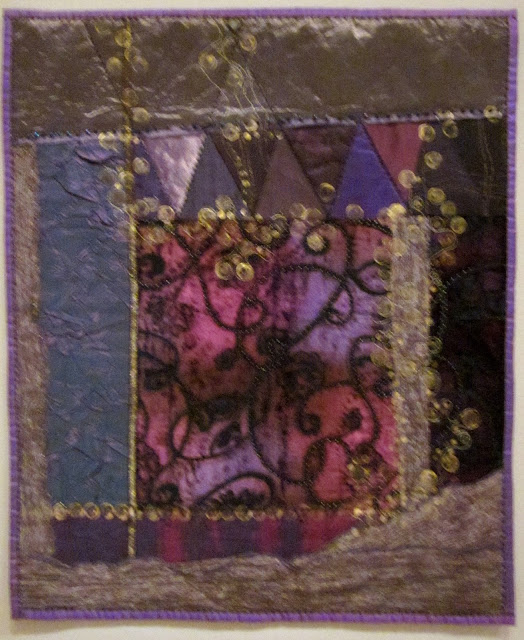 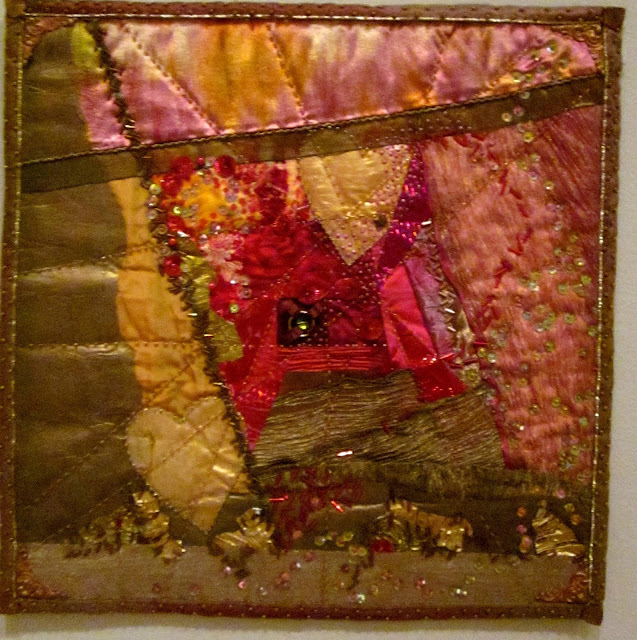 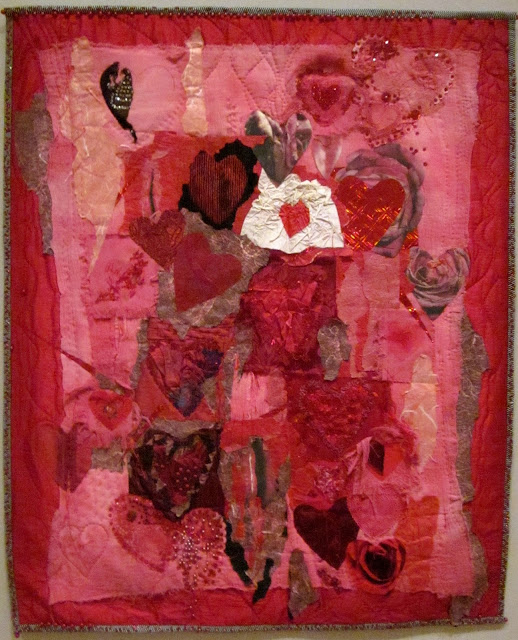 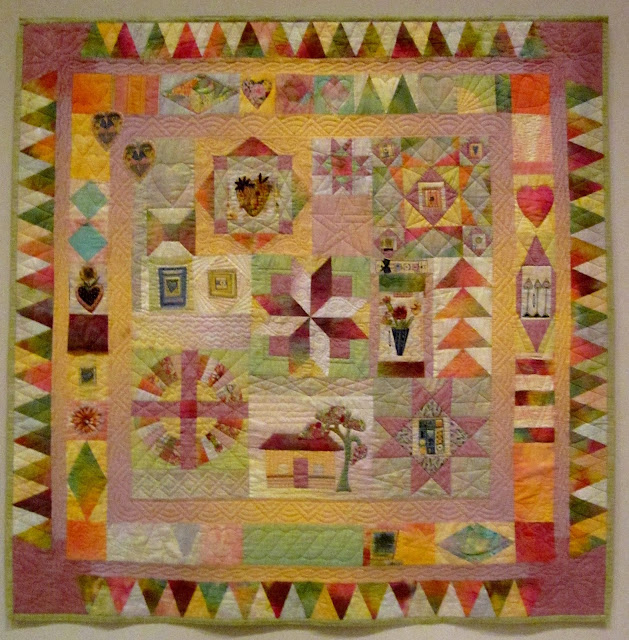 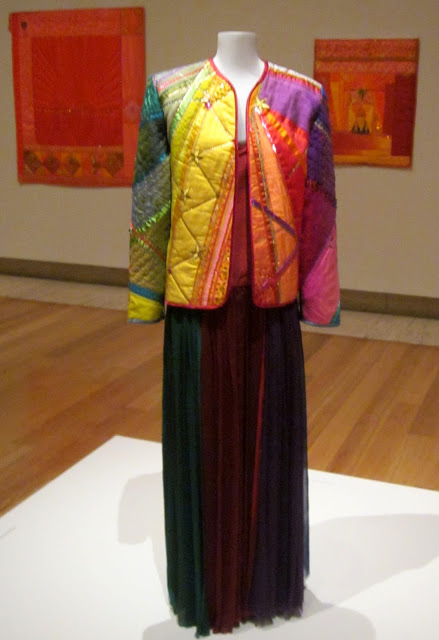 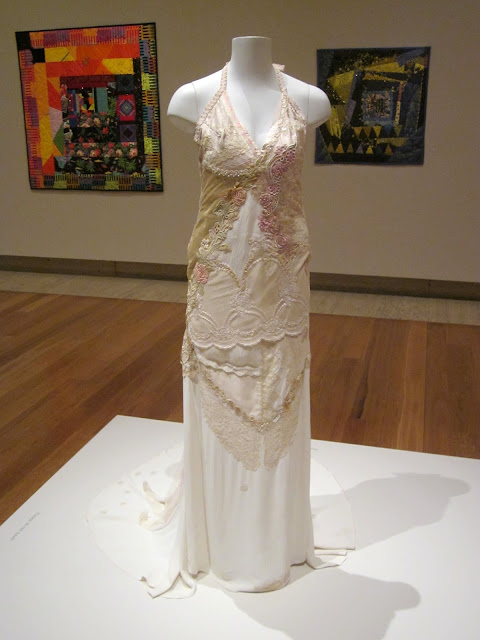 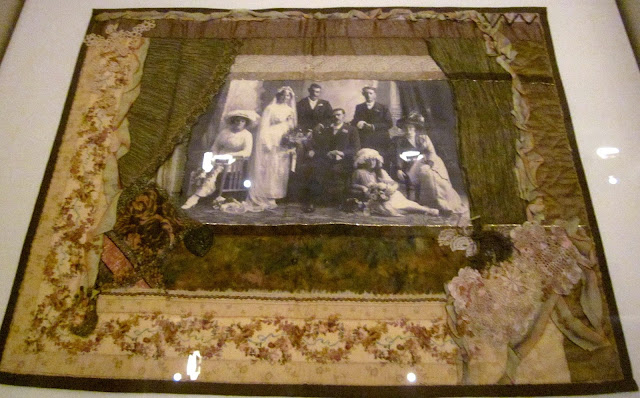 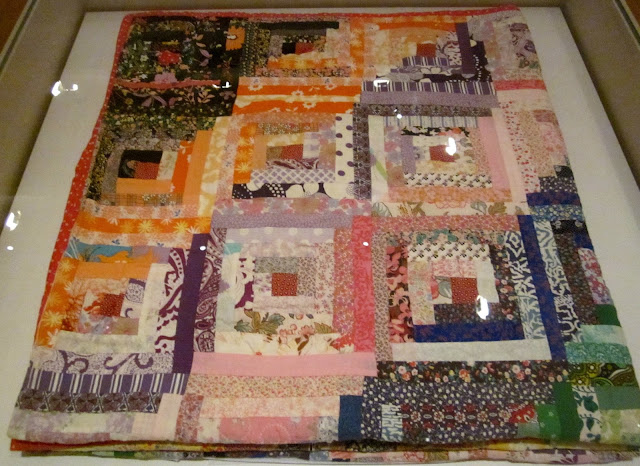 I think this is the one that was labelled as her last quilt. It was small compared to many of the others. 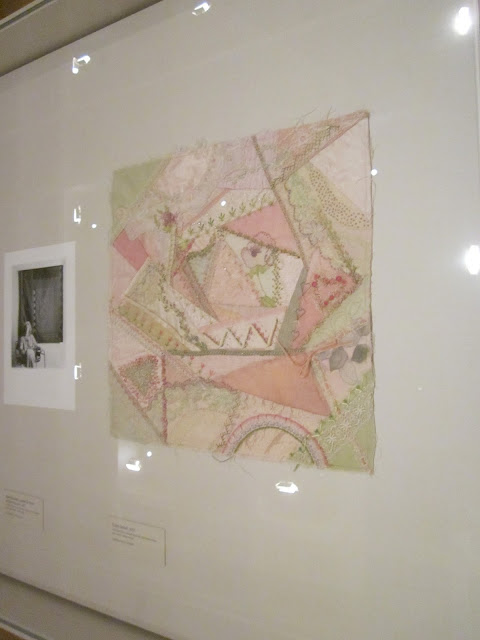 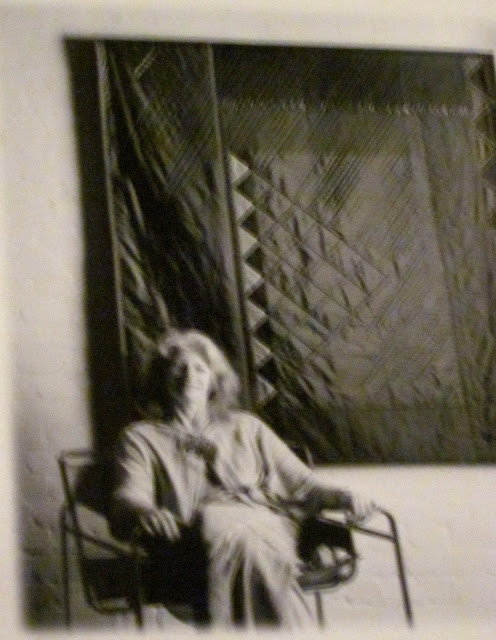 A blurry photo of the lady herself. She was a really vibrant person. In her early career she was a secretary to a famous ABC radio announcer, Russ Tyson. 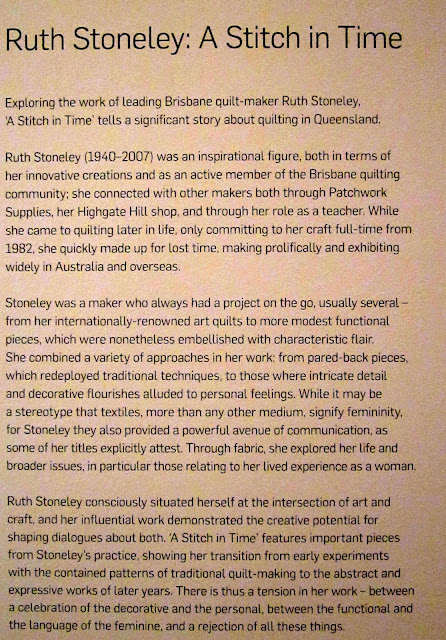