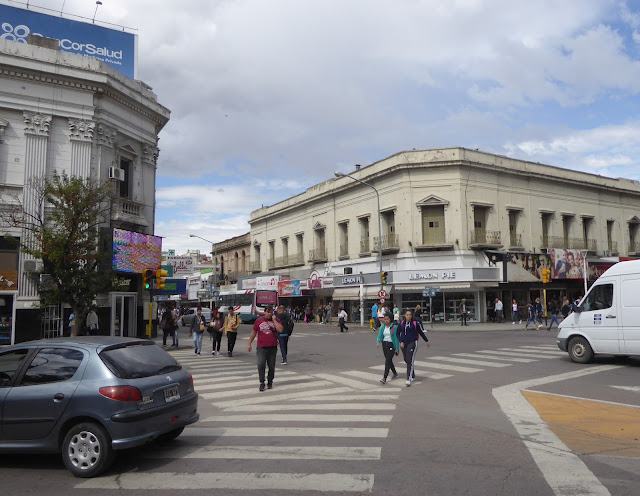 My hotel was close to the main square in the middle of town so I went for a walk. 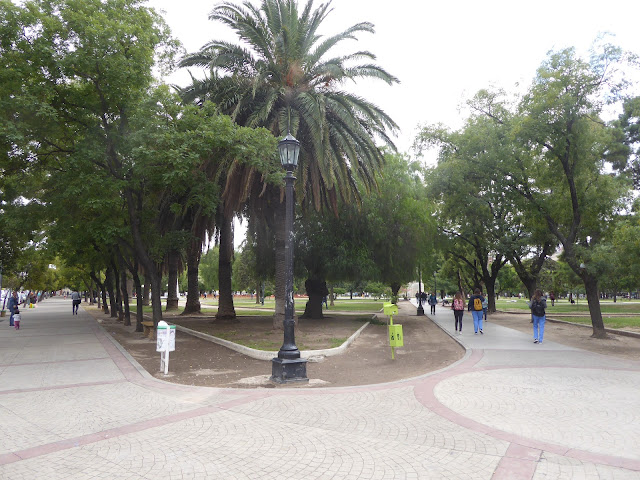 The main square is a park. 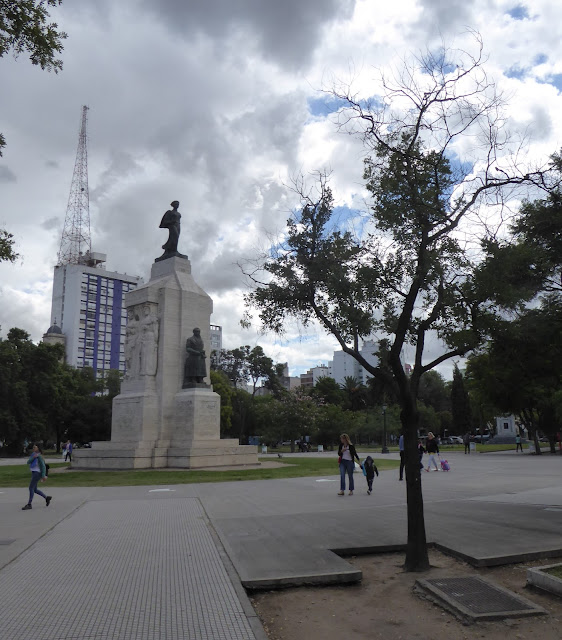 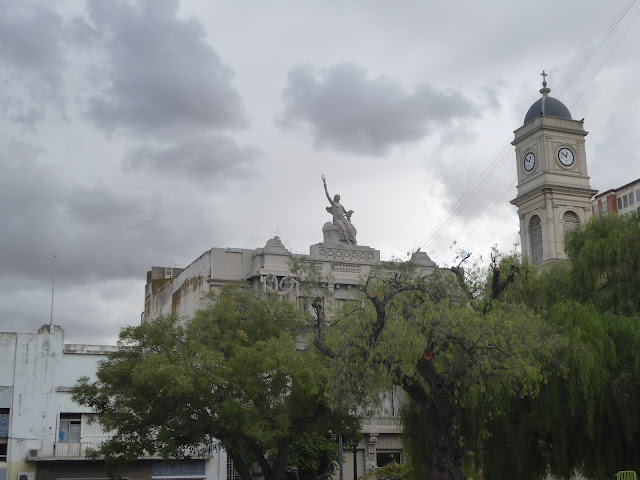 BB has a number of impressive buildings. The population is about 300,000. 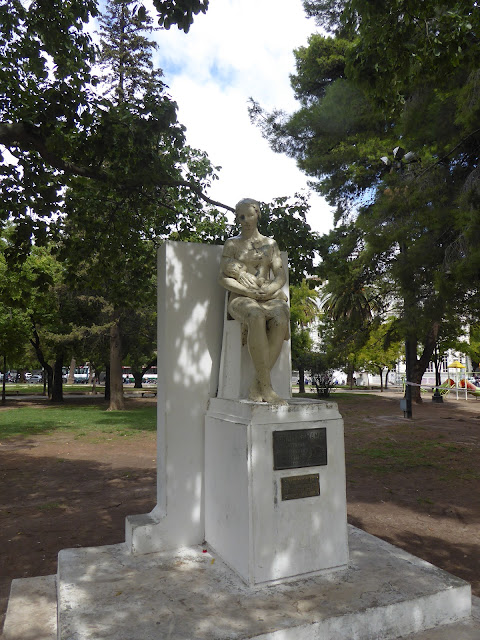 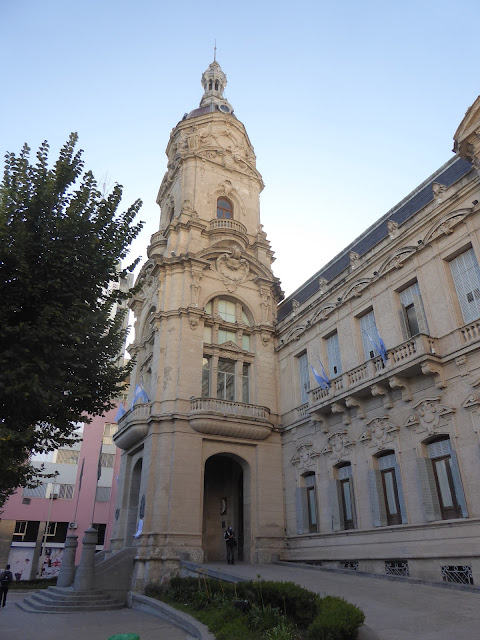 The next morning I went out for another stroll but it was much colder and windy so I retreated to the hotel. As I left the hotel, I spoke to a couple of English people who had just checked out and asked them if there was anything special to see in BB and they replied 'Not really'.

I suspect BB is actually a pleasant city to live in. Plenty of cafes and restaurants as well as shopping. By the way, there are no empty shops and the economy seems to be vibrant.

About 20 km to the east is the city of Punta Alta. Charles Darwin made his first major discovery near there during the 'Voyage of the Beagle'. I saw no mention of it in the tourist literature in the hotel. 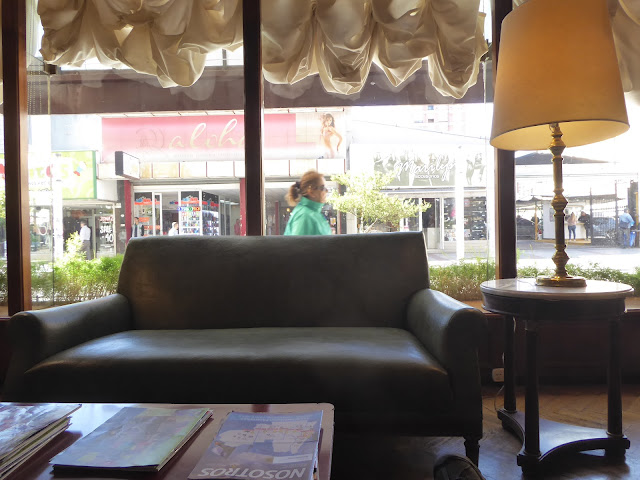 Years ago I remember reading Michener's Iberia where he talked about the old Spanish grandees sitting in their posh clubs watching the world walk by. Since my older sister Anne sometimes calls me Don Perignon, I decided to sit in a plush lounge chair and watch BB walk by for a couple of hours. Then lunch followed by, you guessed it, a nap. 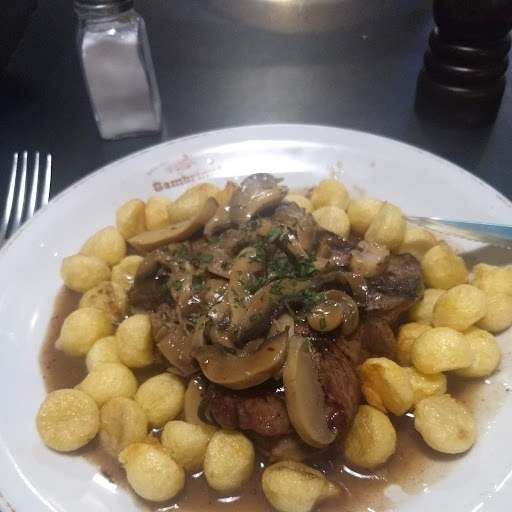 And now for Robin, some food photos. I had a delicious steak with noisette potatoes. The flavour was different from US or Aussie beef but quite enjoyable. 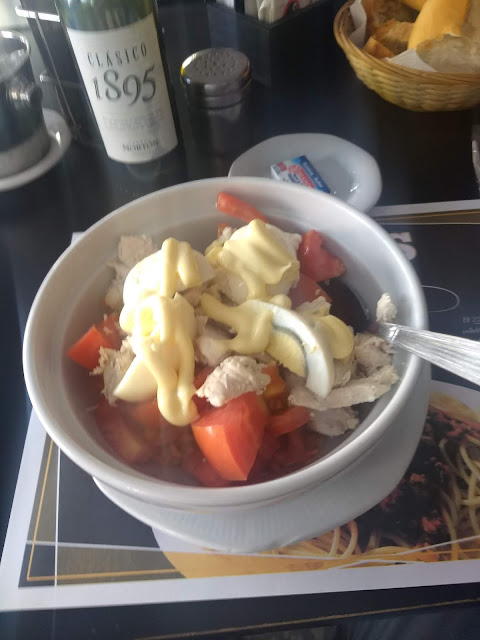 I was feeling the need for a salad again so I had this tomato, boiled egg, chicken and grated carrot bowl with a dollop of mayo on top. Very refreshing. 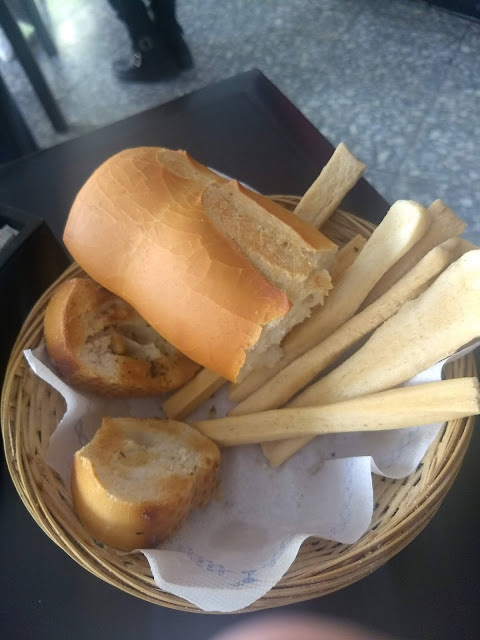 It is common to get a basket of bread including the sticks of dough as well as a dipping sauce. 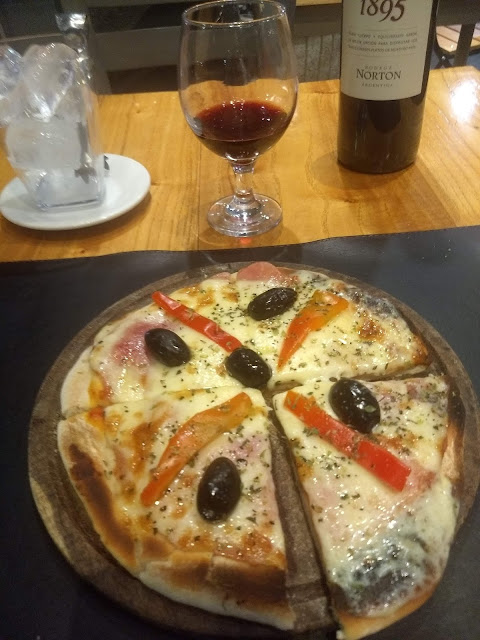 I had a pizza along with a full bottle of red last night. I think it all cost about US$ 10. I did not finish the bottle of red.