Bus from Bahia Blanca to Viedma

Let me be up front about this. I hate buses! Way back in 1974 I travelled by bus from London to Athens. It took four god-awful days and included a night in a hotel in Graz. The other nights were spent sitting up in uncomfortable seats. And then I had to do the journey in reverse. 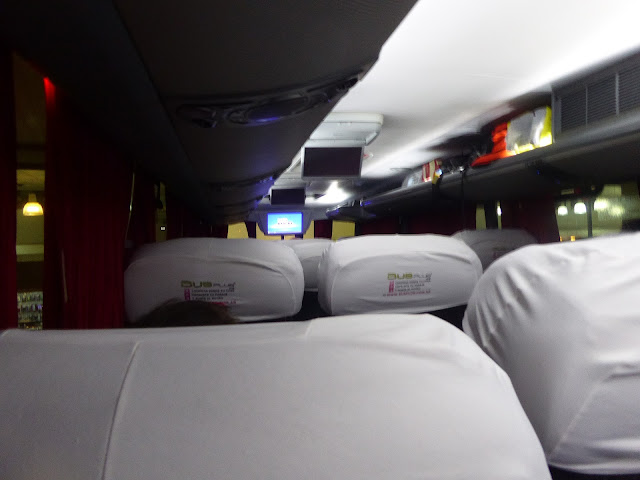 The train from BA to BB used to continue to Viedma where you could then catch the train to Bariloche. However, a sandstorm apparently destroyed the track about 10 years ago and the service has been discontinued. The only bus that ran during the day time was Don Otto that leaves at 6;40 am and arrives in Viedma at 10:30 am. 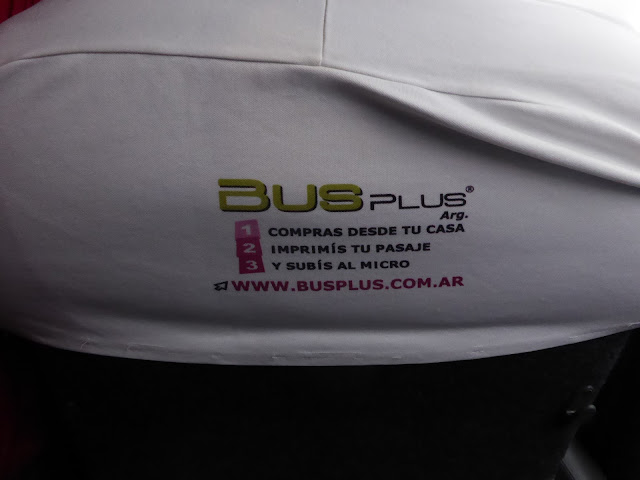 Maybe this web site will work, but I found that https://argentinabustravel.com/ worked best for me. 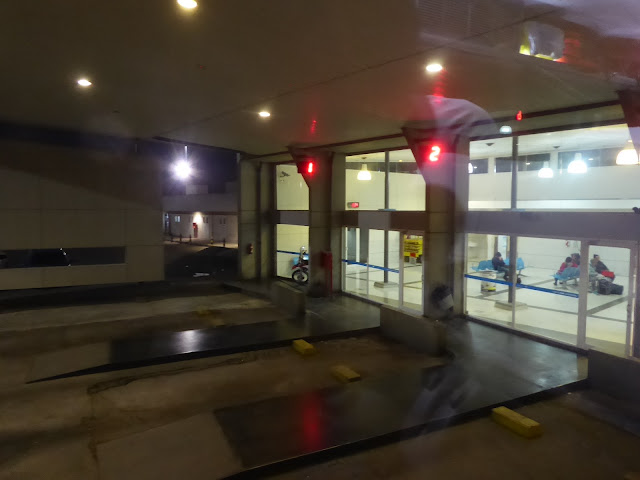 A taxi picked me up at 6:00 am from the hotel and took me out to the bus terminal. I could see the Don Otto bus and toddled over to it. Various people examined my ticket printout and a bloke at the back of the bus loaded my bag onto the bus and attached a sticker to my printout. You need that sticker at the end of the trip to get your bag back. The bus left on-time.

The sun was thinking about getting up. 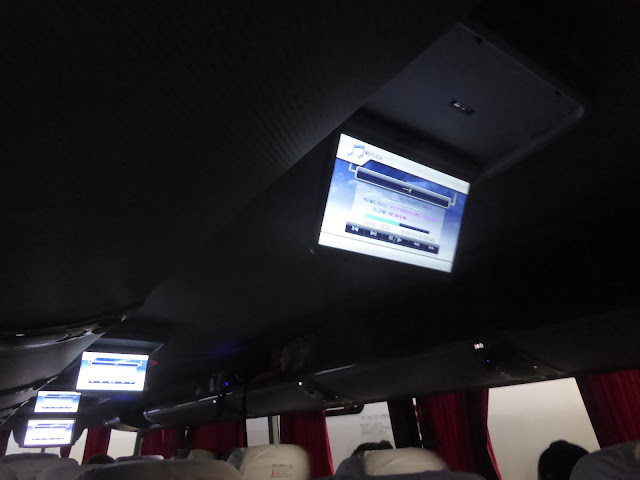 Meanwhile, the TV screens popped down and then back up and then back down again. This continued for a while and eventually, they stayed down. The seat was comfortable but they started to play music for the rest of the trip. Mostly it was popular American songs about how desperately I love you and why don't you come back to me and my evil misbegotten ways. 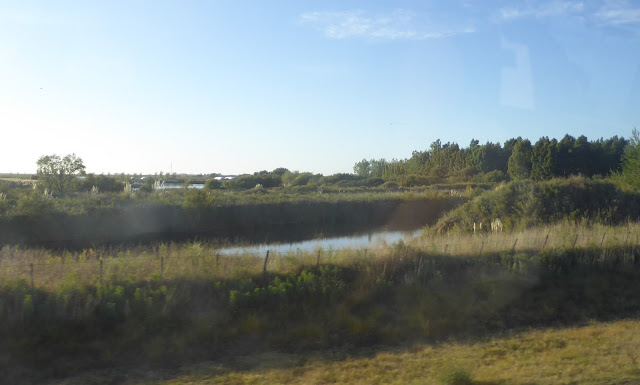 To be honest, it's not that inspiring a ride. I'm showing you the best bits. 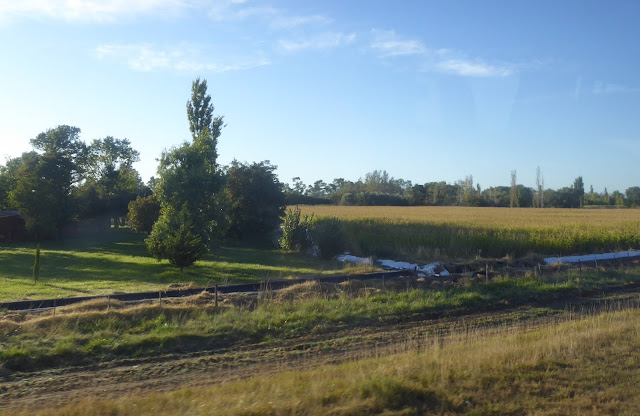 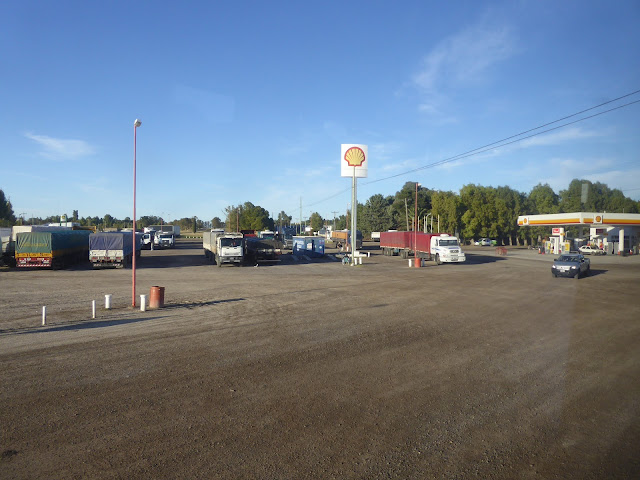 The bus stopped briefly to allow some passengers to escape. 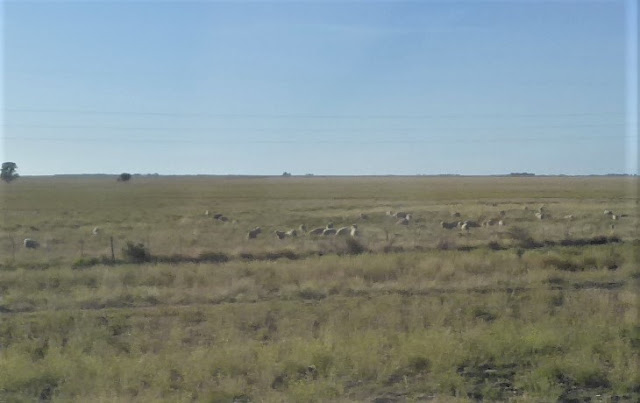 There were farms virtually the entire way. 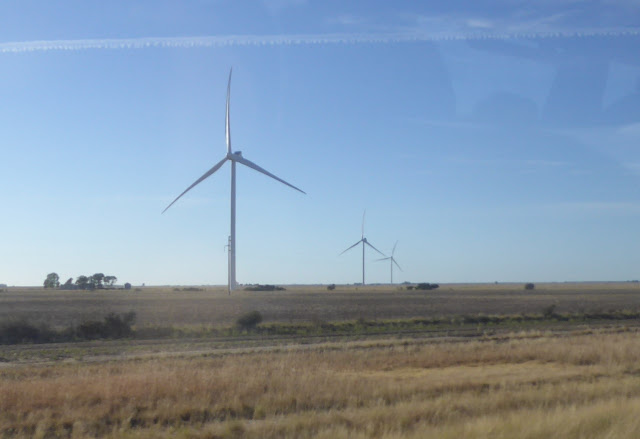 Some windmills appeared. There were a lot more of them in this group but this was the only part of the photo I could use. 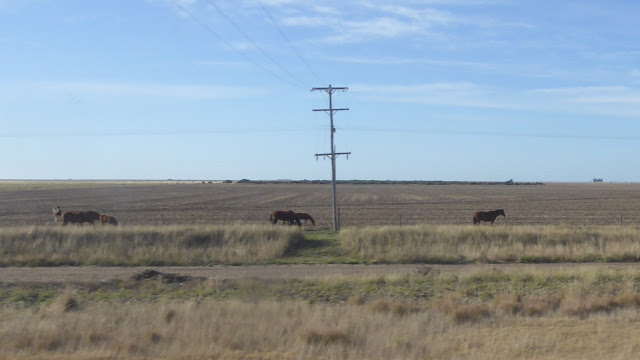 Some horses. I did occasionally see sheep but mostly it was cattle. 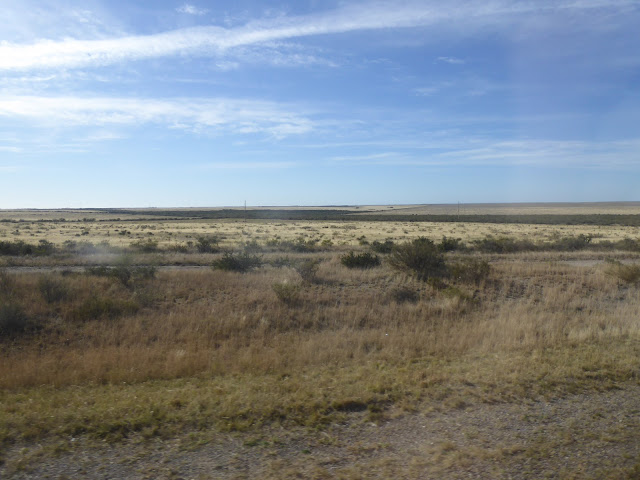 It was flat virtually the entire way. 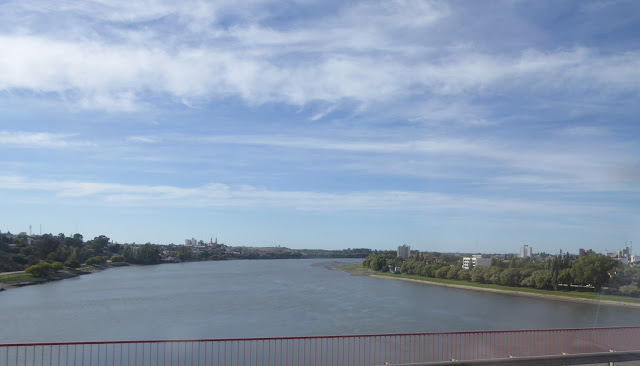 Finally, we reached the Rio Negro. A short taxi ride took me to my hotel which you can see on the right-hand bank of the river. I had to wait until 1 pm to check in.