Flight from El Calafate to Ushuaia

Ushuaia is the southernmost big town in the world, so I decided to go there after Marianne encouraged me. By the way, it seems like they pronounce it 'yoush wire'. 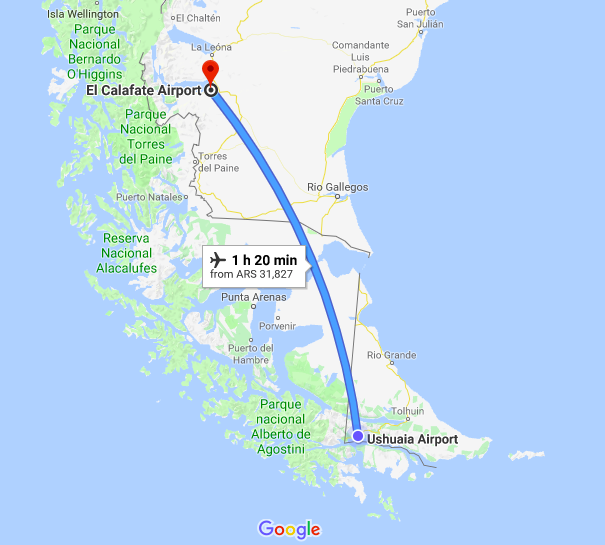 The distance is about the same as Sydney to Brisbane, or Washington to Atlanta. Part of the trip is over Chile.

The plane leaves at 8:35 and the sun gets up late in the west of Argentina, so it was a before daylight trip to the airport on the shuttle bus. 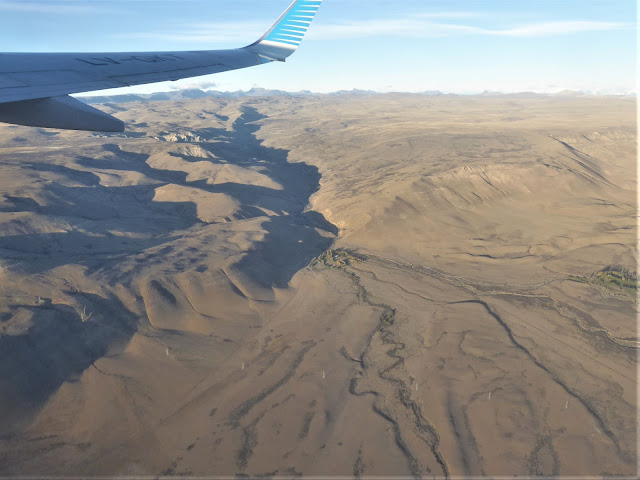 The 737 plane was full and we were soon over hilly territory. 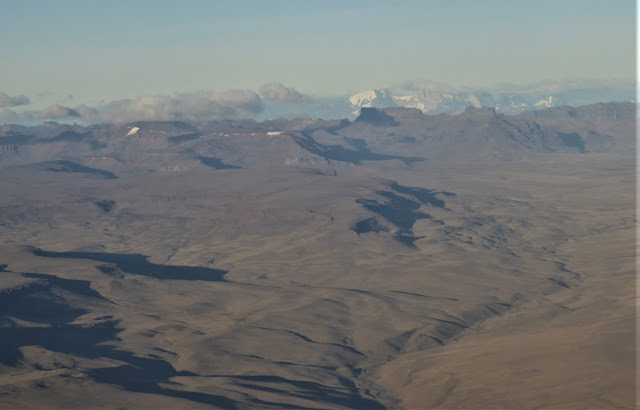 Andes in the distance. 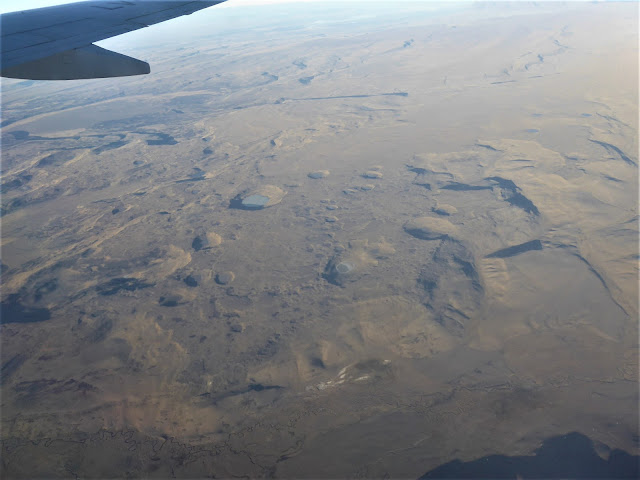 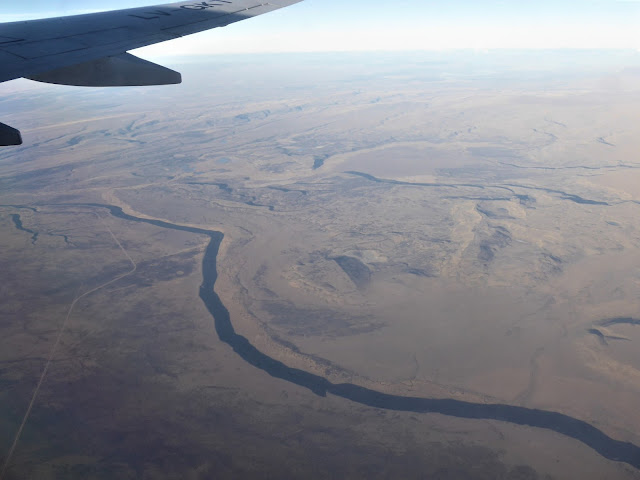 I wondered if it was a river, but it appears to be a mostly dry river bed. See the Google Earth view below. 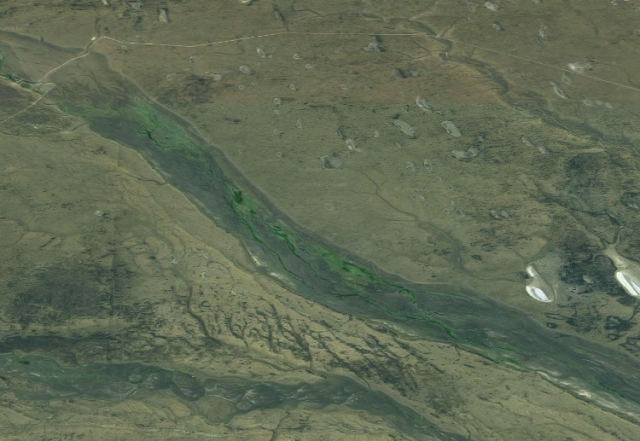 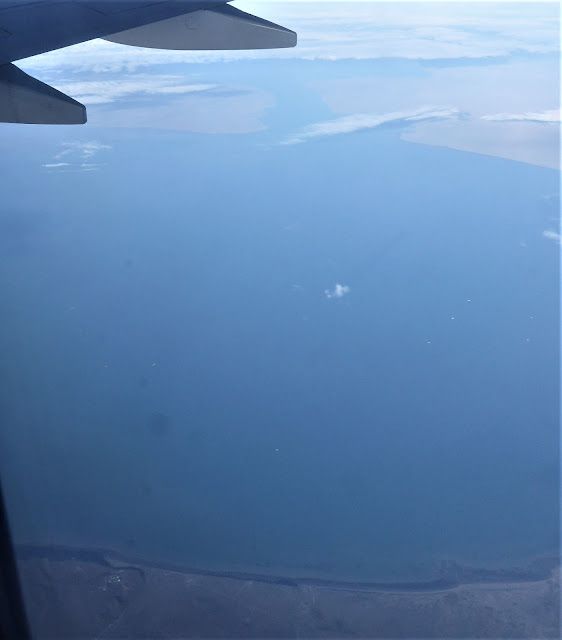 I think this is part of the Strait of Magellan. Until I looked it up on the map, I did not realize it was so far north. 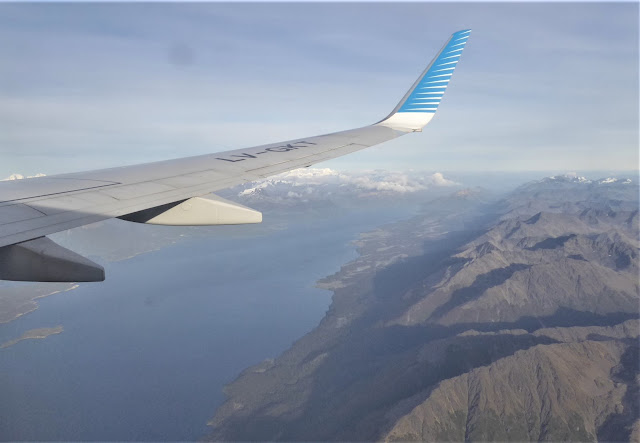 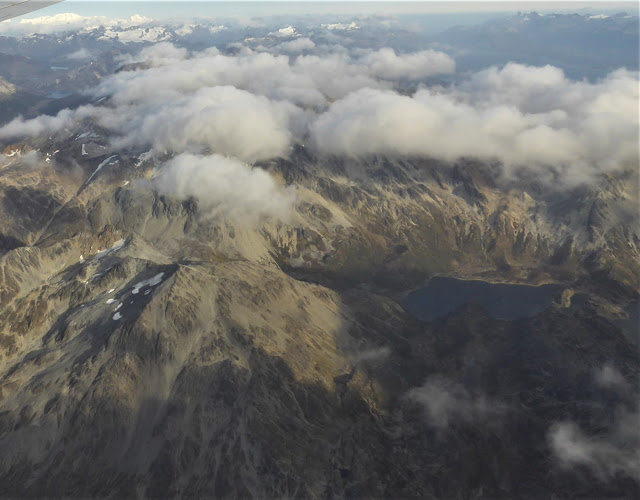 The plane was descending and the mountain tops seemed to be getting close. 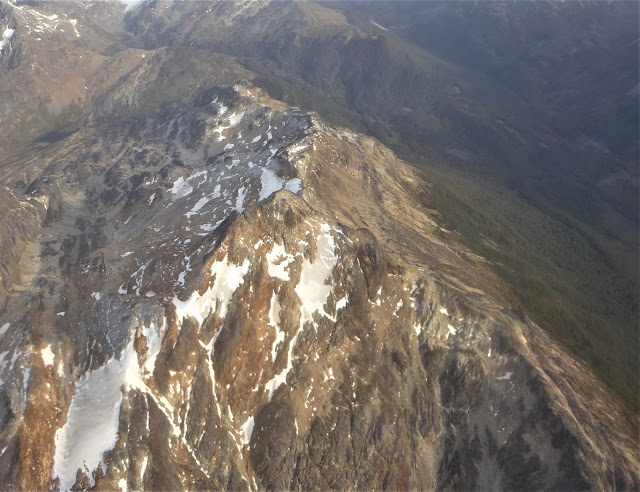 Disturbingly close. I would not fly this route at night. 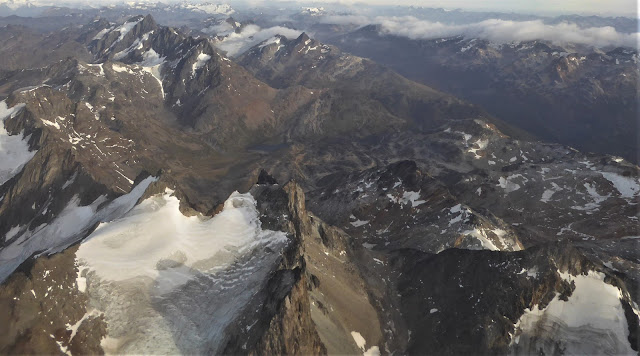 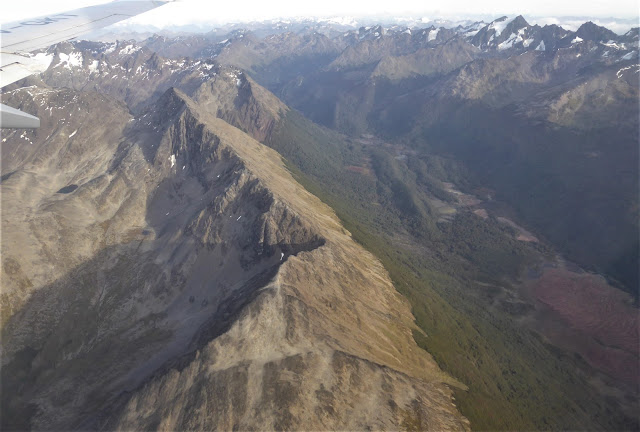 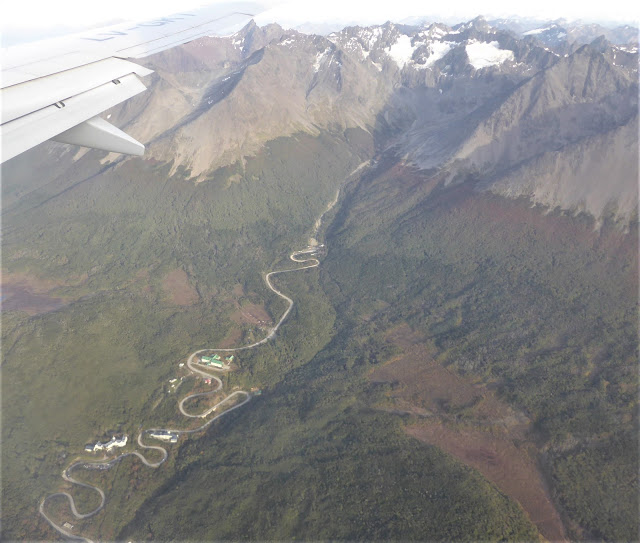 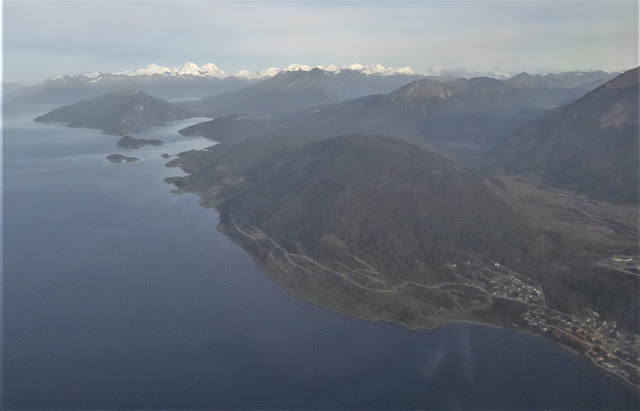 Finally, the Beagle Channel. You can just see a small part of Ushuaia at the lower right. 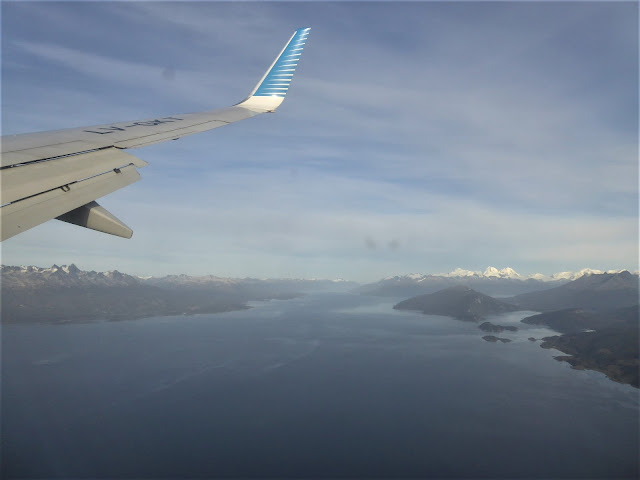 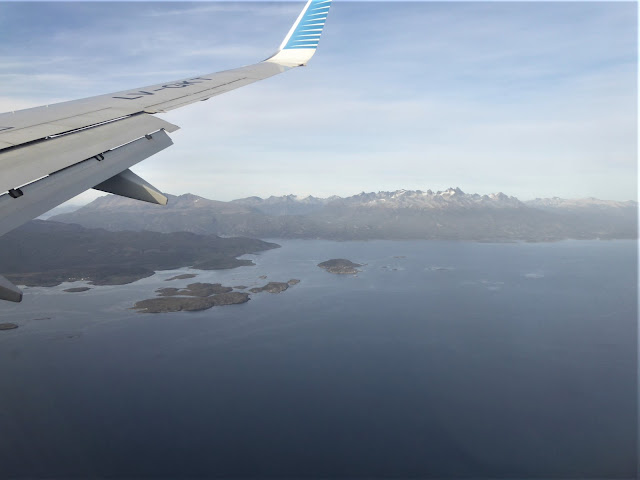 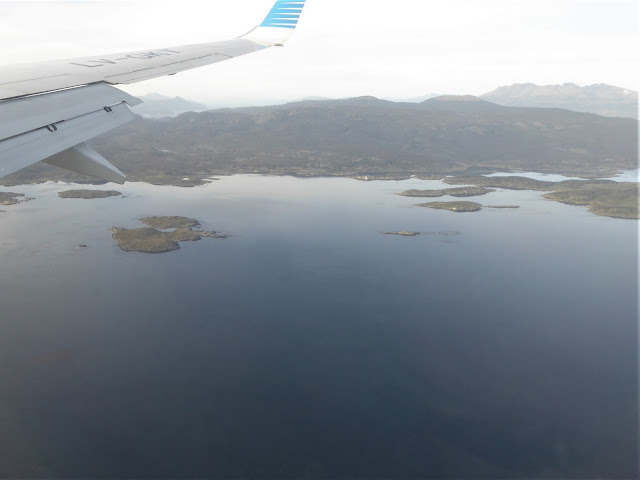 Navarino Island to the south of the channel. It belongs to Chile. 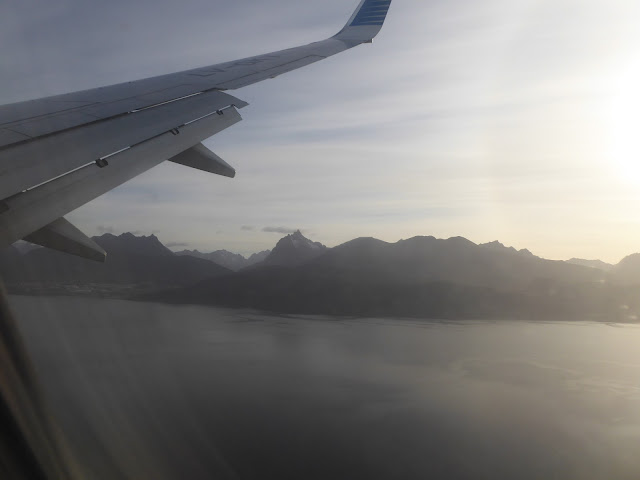 So an interesting flight. I never expected that I would ever see this part of the world.