I asked the two Argentinians on the train why they were going to San Carlos de Bariloche. Part of their reply was that Bariloche is the equivalent of the Gold Coast in Australia or Ocean City in Maryland. It is the mecca for graduating students who celebrate the occasion.

In Australia, they are known as Schoolies. Several years ago, there was a TV show on Aussie TV called Enough Rope in which three taxi drivers were interviewed. Take the time to watch this video about one taxi driver and three schoolie girls. You will never forget it.

Bariloche is just east of the Andes mountains and is known as the Switzerland of Argentina. 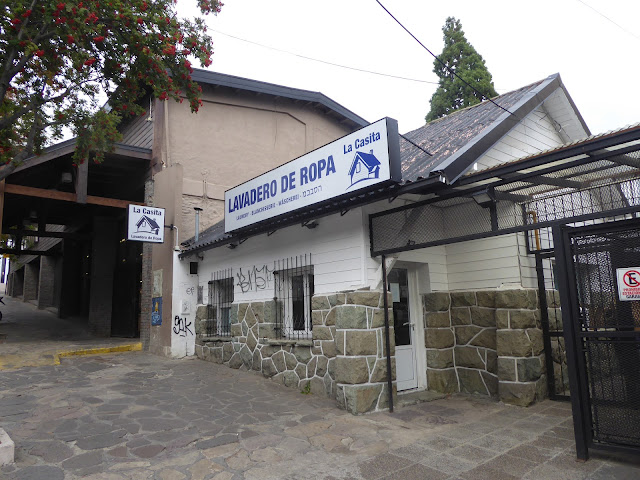 As some of you know, I only take a carry on size bag with me as well as a small duffel bag. I don't need to take too many clothes since I get them washed by the hotel where I am staying more than one night. In this case, the hotel directed me across the road to this laundry. It cost $US 3. 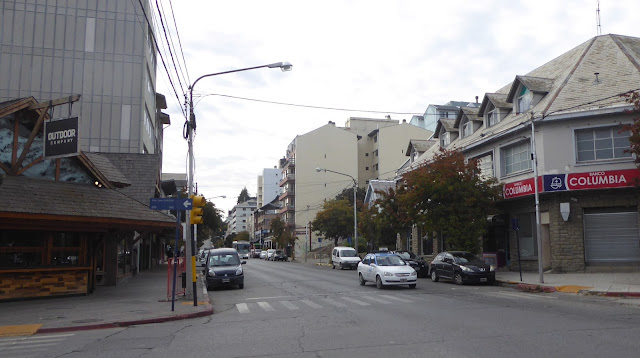 I wandered down the hill to the main streets. 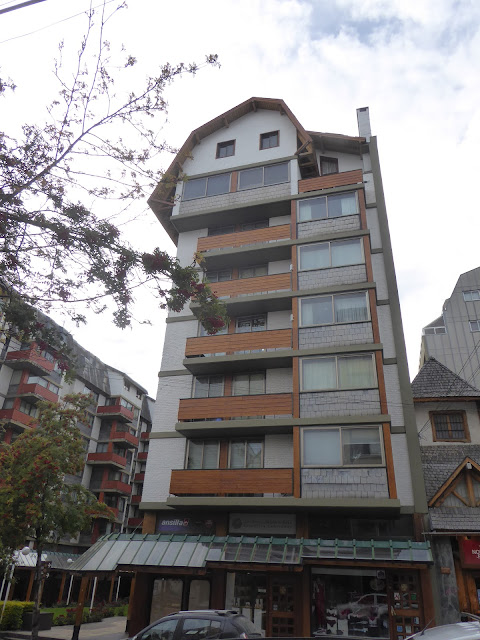 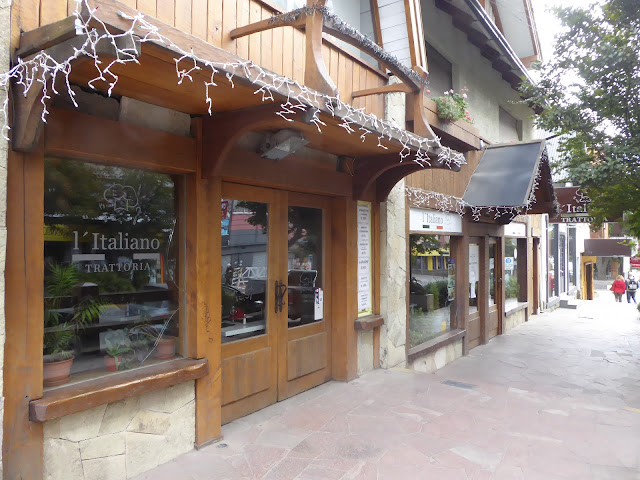 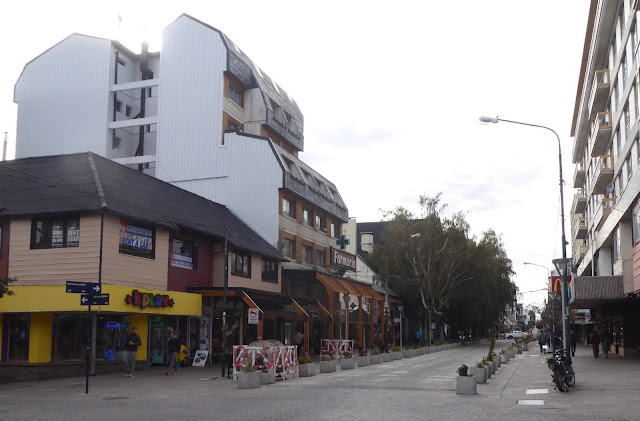 It was a Sunday morning so pretty quiet. The main street has become a no traffic zone. 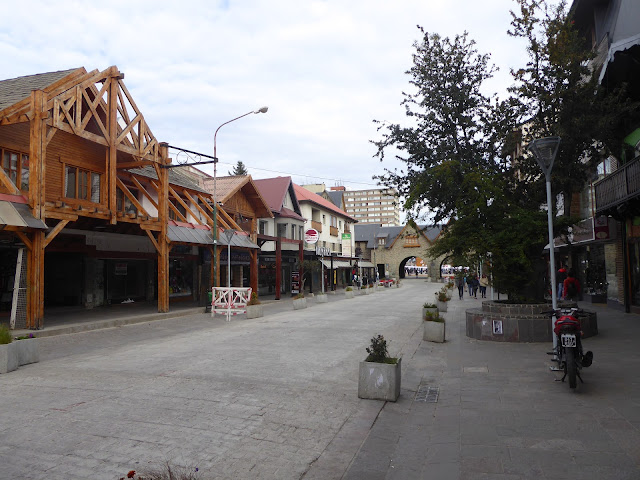 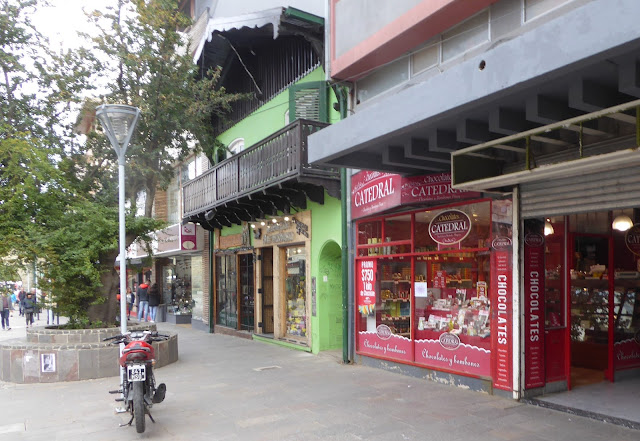 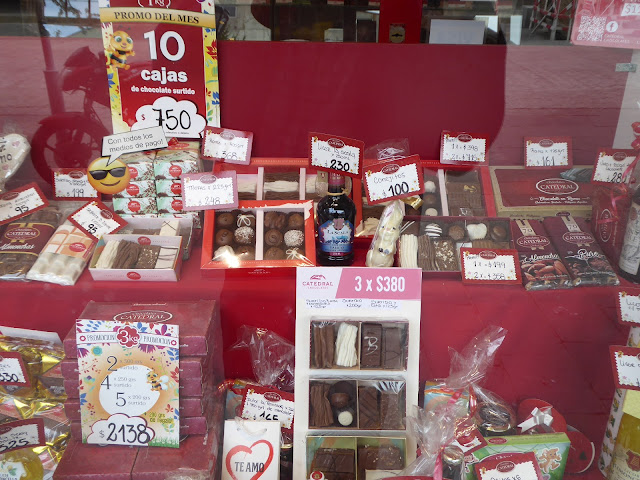 Bariloche is known for chocolates. 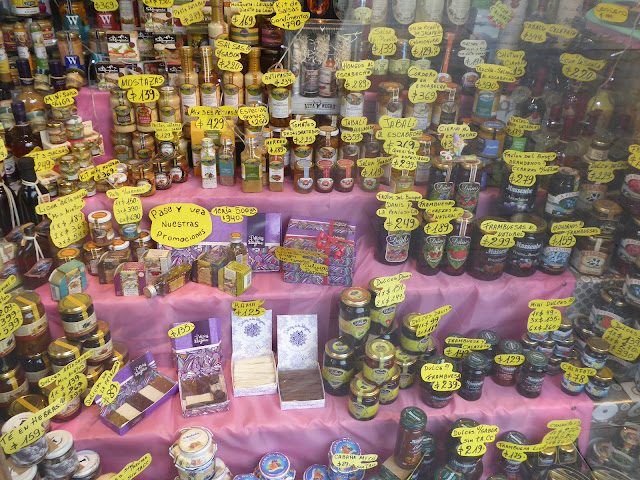 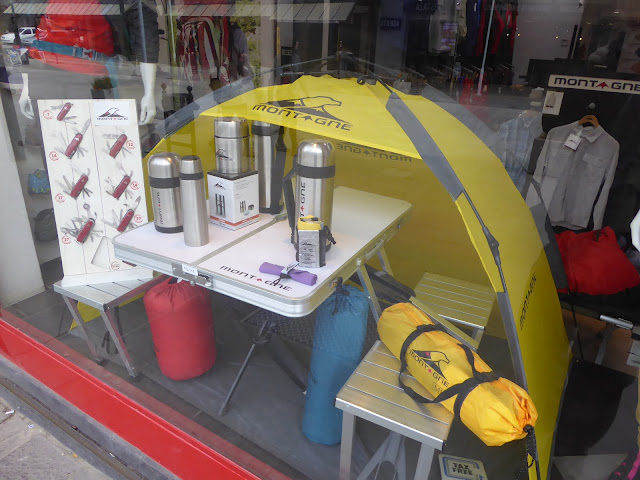 Because of the nearby mountains, hiking and trekking is popular. I preferred my comfy hotel room in La Casita hotel. 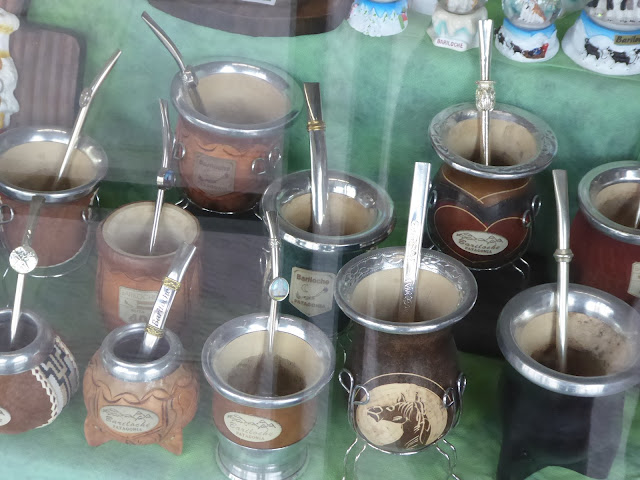 Mate cups and sippers. It looks like you buy your cup and then buy the sipper separately. 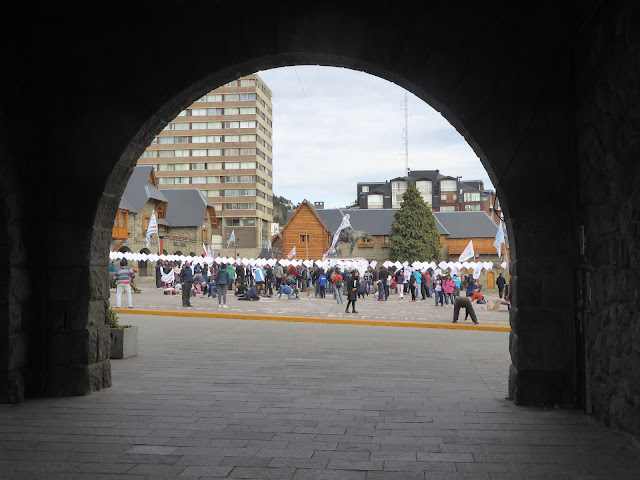 March 24 in Argentina is a Day of Remembrance for the victims of the Dirty War. An event was getting underway. 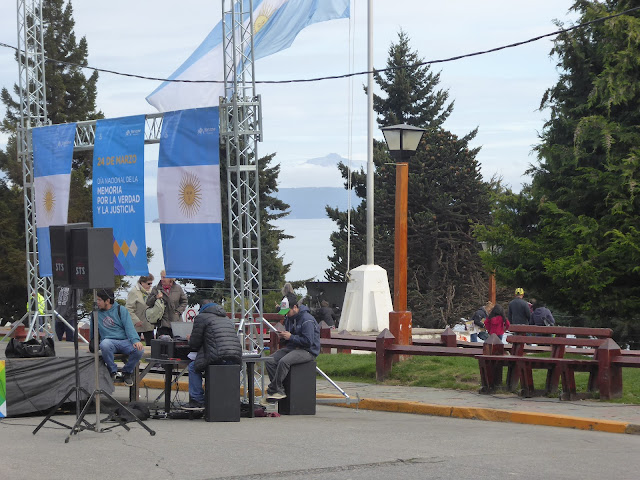 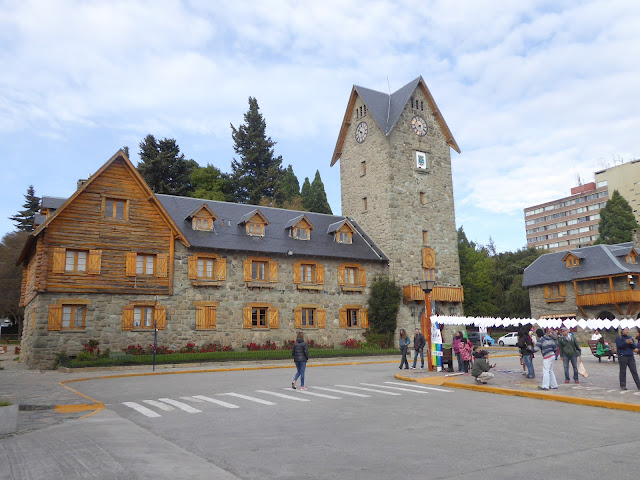 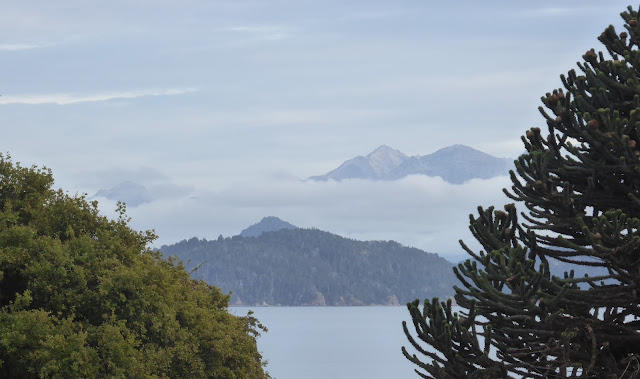 Mountains off in the distance on the other side of the lake. 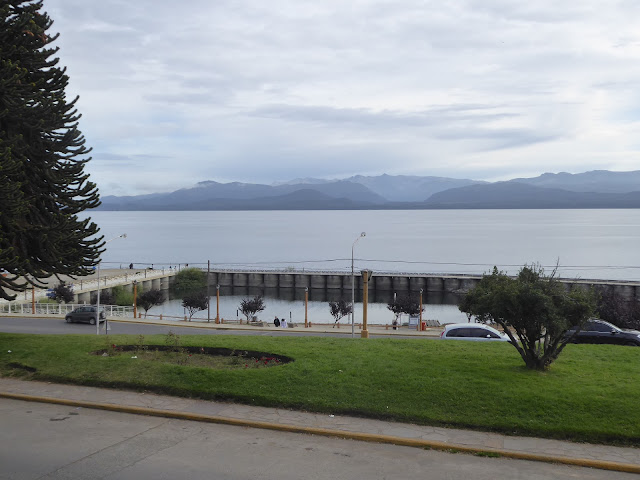 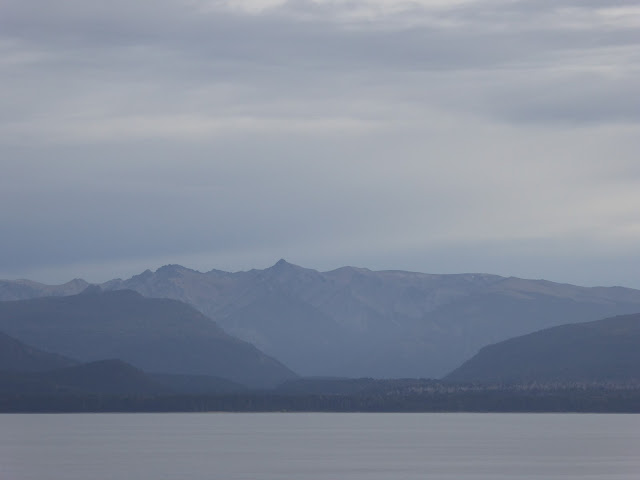 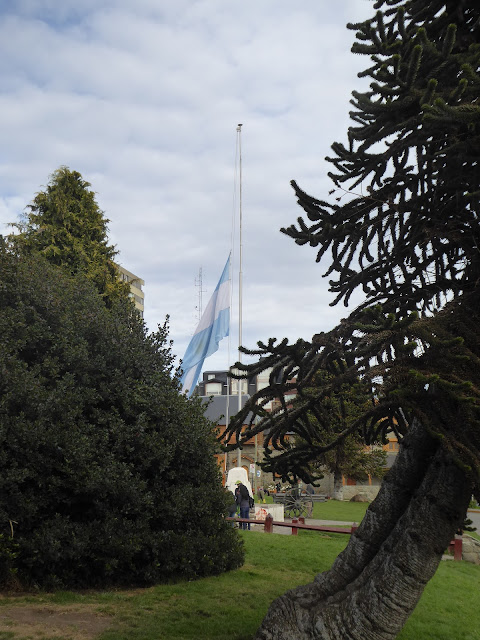 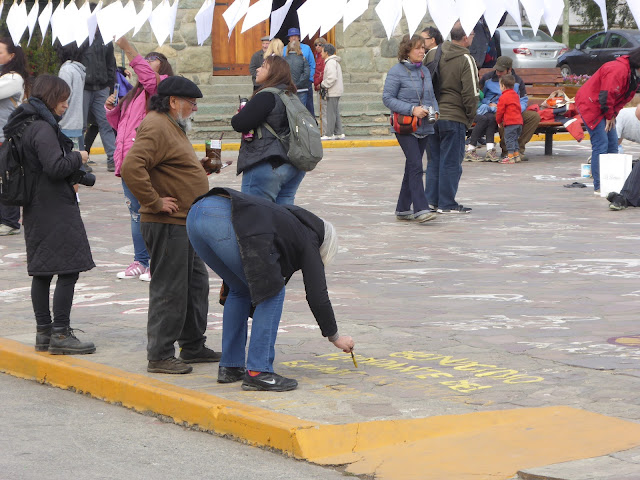 It looks like the names of the 'disappeared' are freshened up each year. 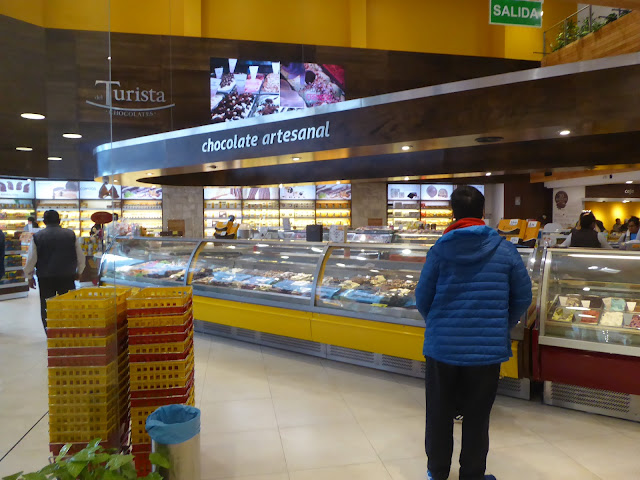 Inside a spiffy chocolate shop. 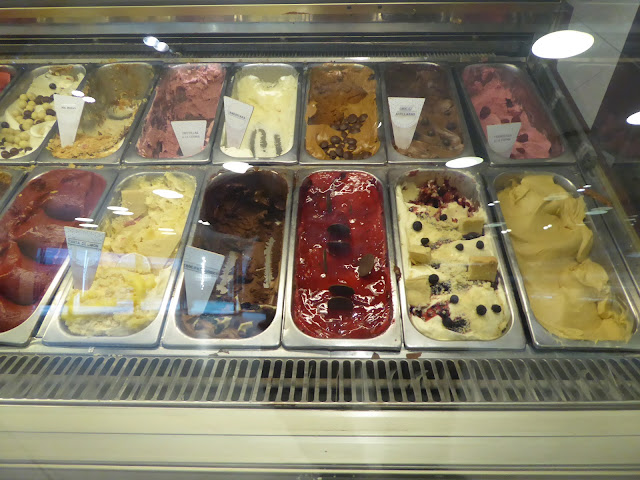 They also sold ice-cream but there were few takers on this chilly morning. 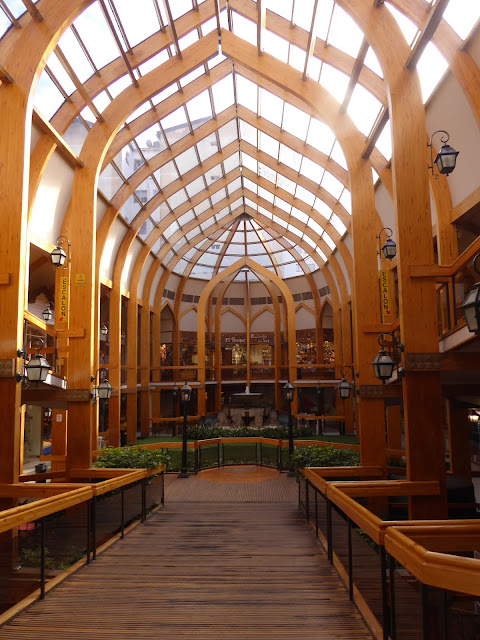 Not a church but a collection of small shops selling expensive 'stuff'. 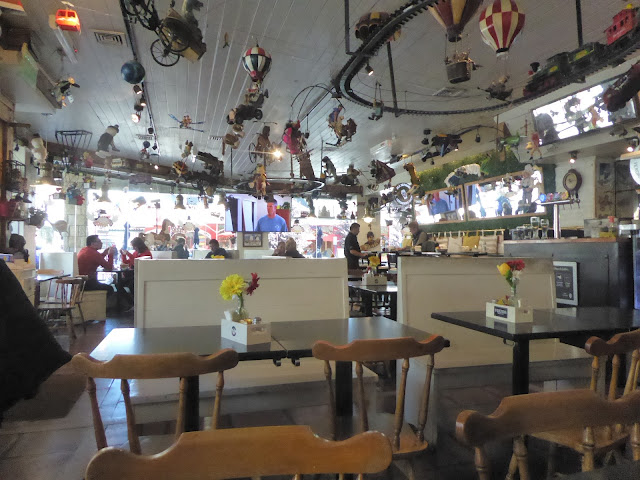 I stopped to have a warming cup of espresso in this curiously decorated cafe. 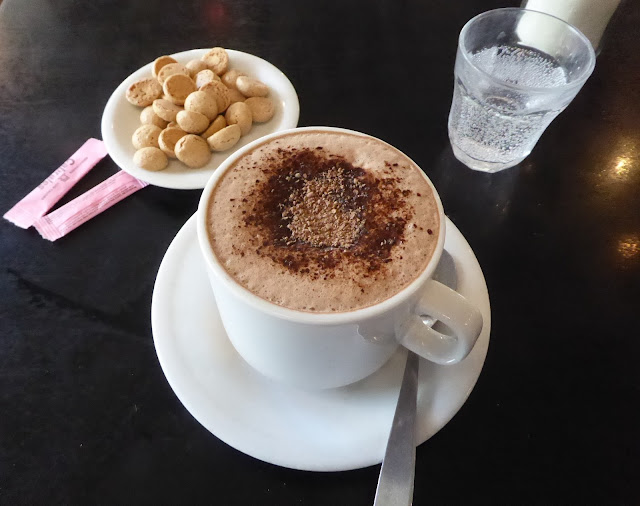 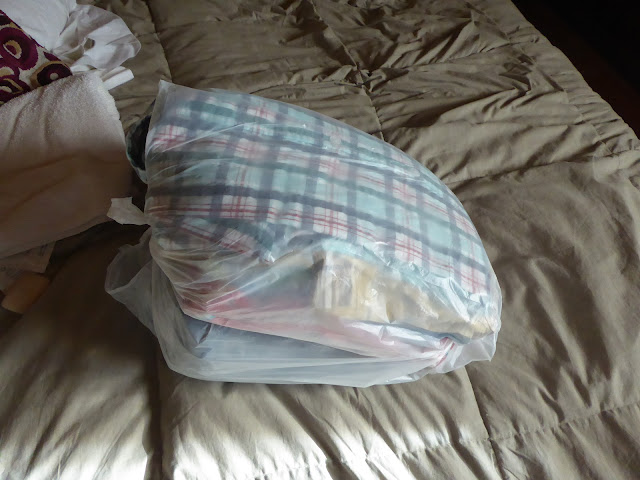 My three dollars worth of washing. Some of you might recognize the shirt. Just remember -
When you travel, nobody knows who you are. 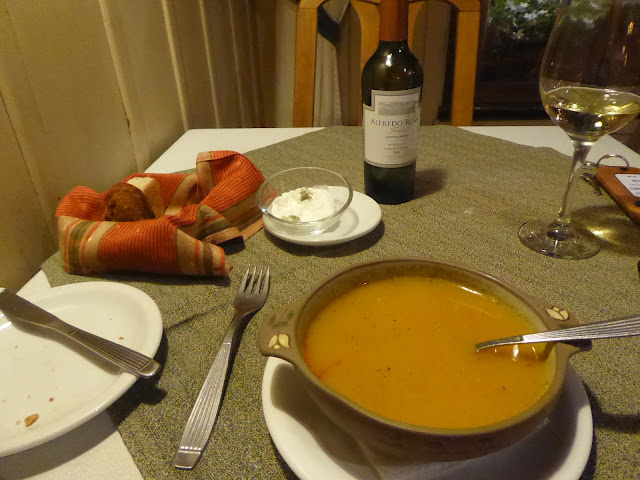 Dinner at the hotel that night started with a pumpkin and carrot soup. 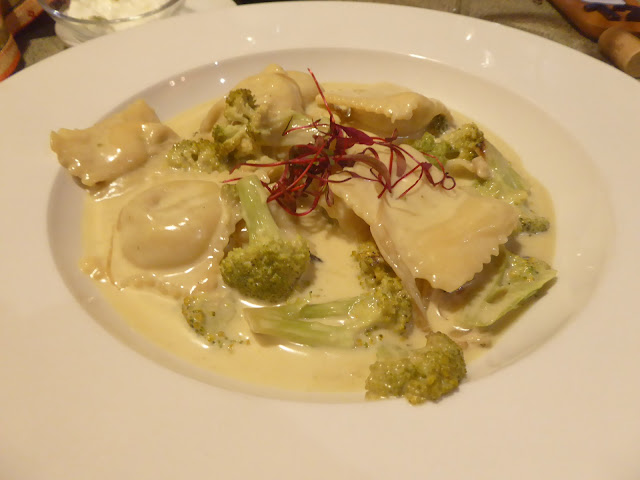 Pear and blue cheese ravioli. Delicious with a half bottle of white wine.

It became obvious that there was no point going out to find other restaurants. I ate all three nights here and enjoyed every meal.