Flight from Bariloche to El Calafate

Once you look at the map below, you will understand why I decided to do a blog about it. 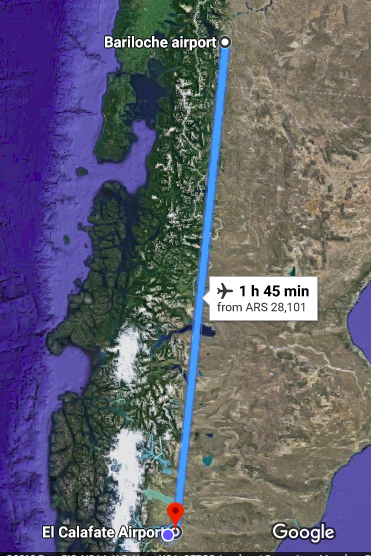 I made sure that I had a window seat on the western side of the plane so that I could see the high mountains of the Andes. The mountain range forms the border between Argentina and Chile. 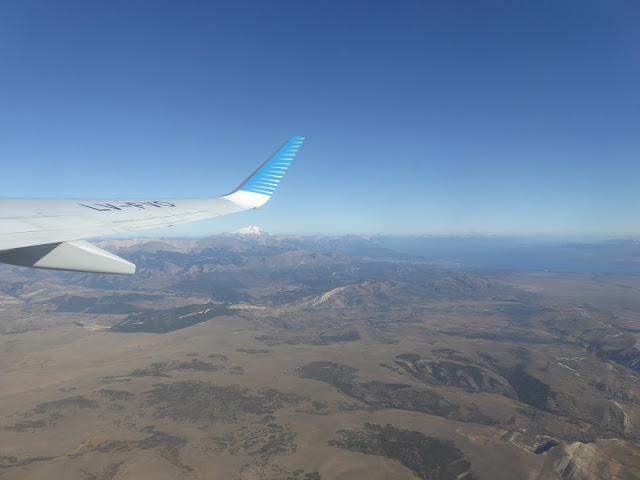 I can't name any features, so just scroll down. 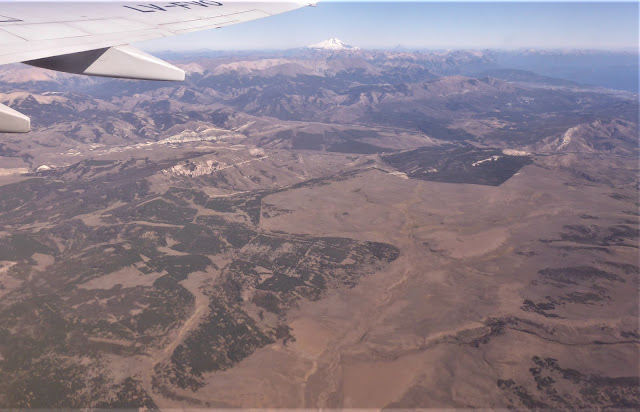 At least the air was relatively clear. 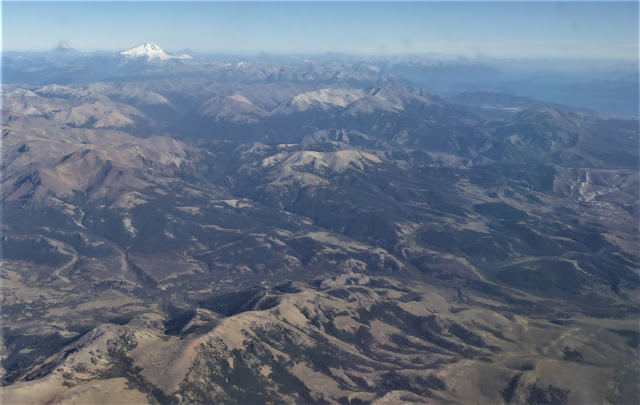 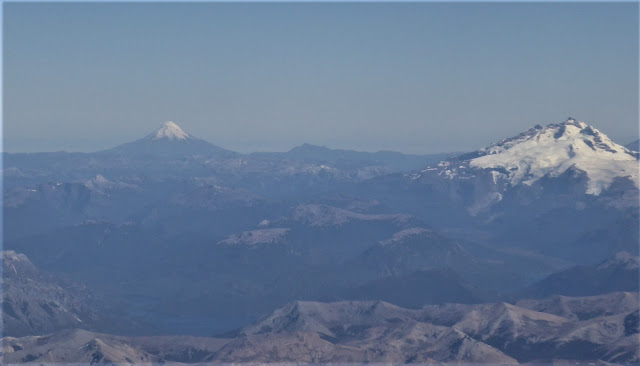 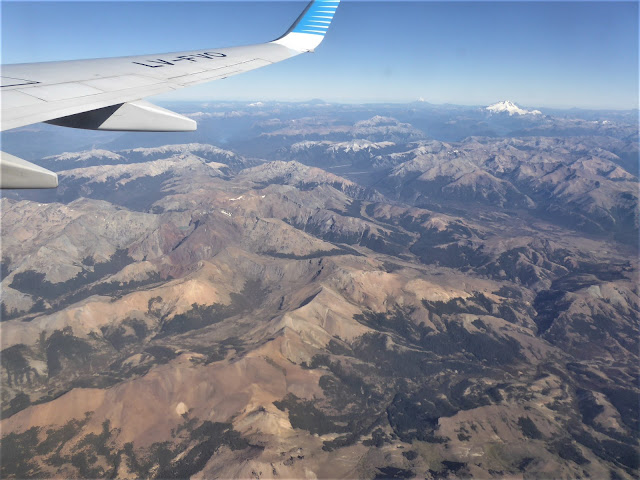 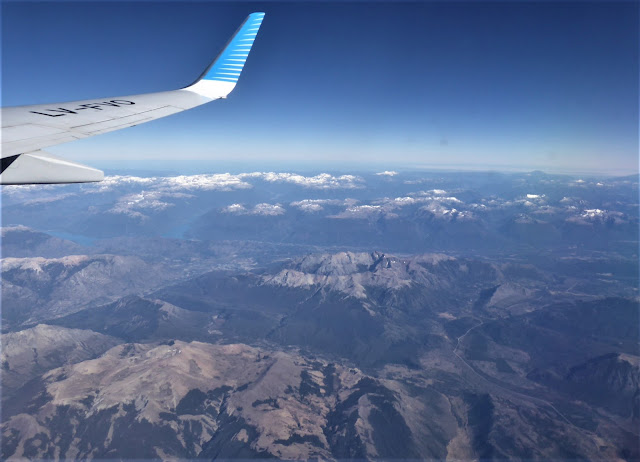 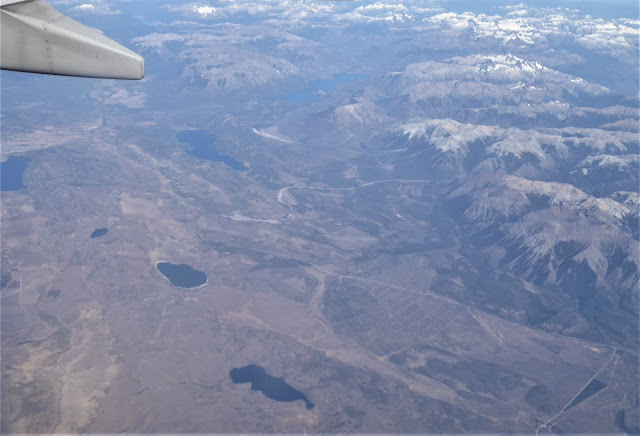 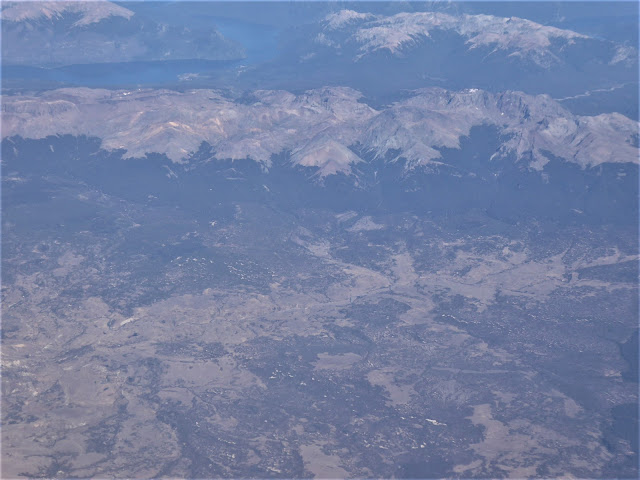 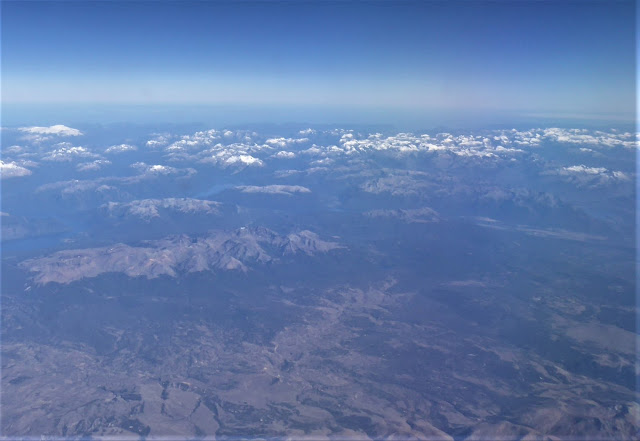 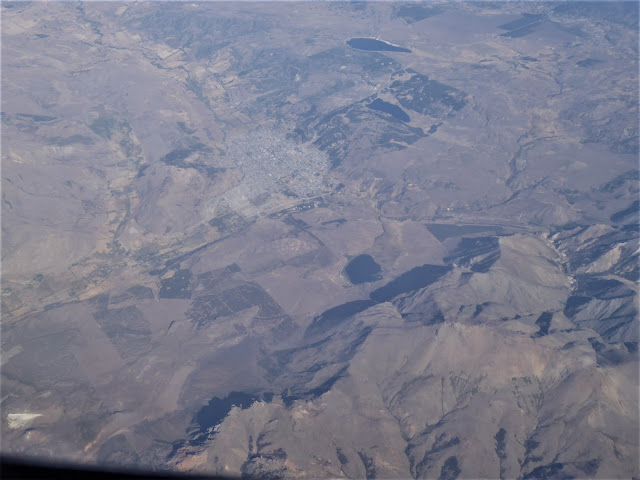 The Andes take the moisture out of the rain clouds coming from the Pacific Ocean to the west of Chile. Consequently, the land to the east of the mountains is relatively dry. 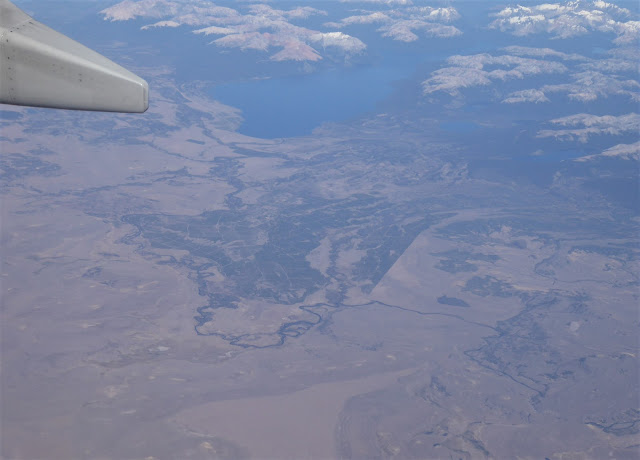 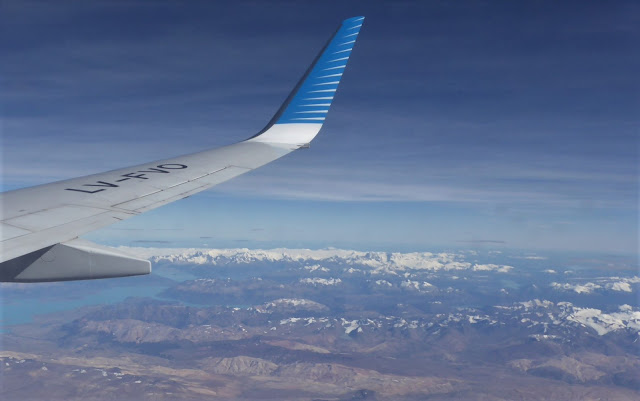 The plane was a 737 from Argentine Airlines. I had all three seats to myself. 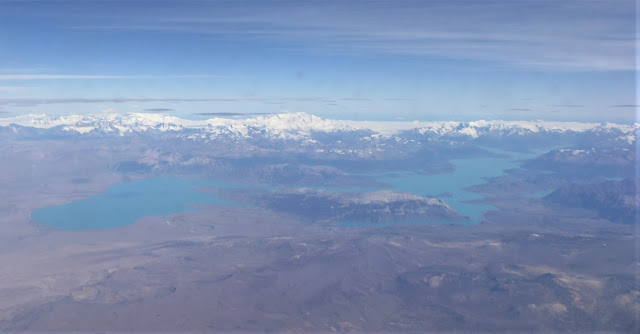 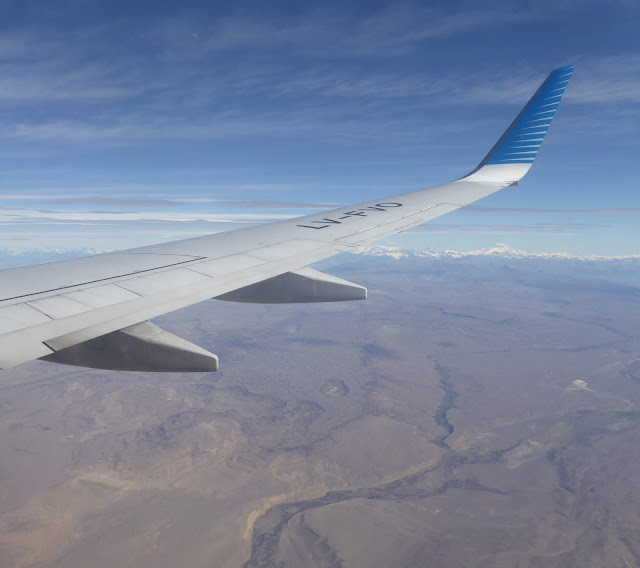 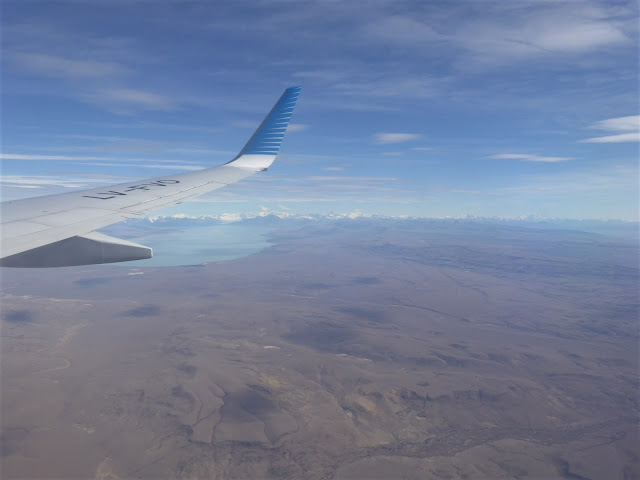 I think this is Lake Argentina just before we landed. El Calafate lies on the lake's southern shore.

The photos don't do the views justice. It's a spectacular ride.