It's that time of year when I head off for a trip by myself and leave Marianne at home. Alone! Now that I am retired, she appreciates getting a break from me and she can do what she likes, when she wants and she can eat and drink what she wants. I suspect she is eating cheezels and other unhealthy stuff, but I believe peanut butter on crackers is a large part of her diet. I don't put marks on the booze bottles since I am a trusting soul. 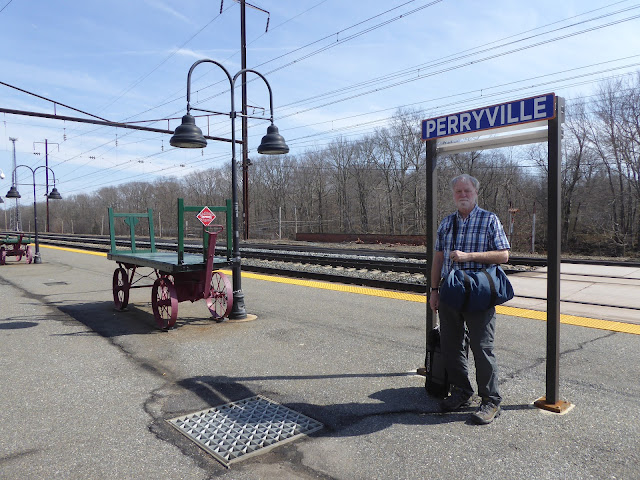 When I go on these trips, I like to leave from our local MARC train station to travel to BWI airport. It's convenient, cheap and easy. 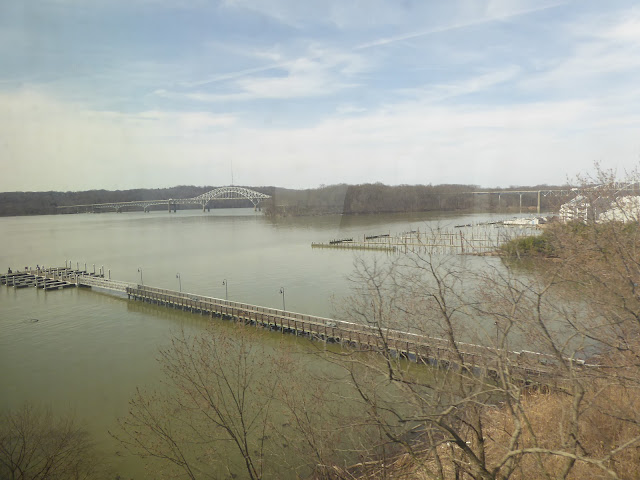 Crossing the mighty Susquahanna River. Spring seems to be late this year. 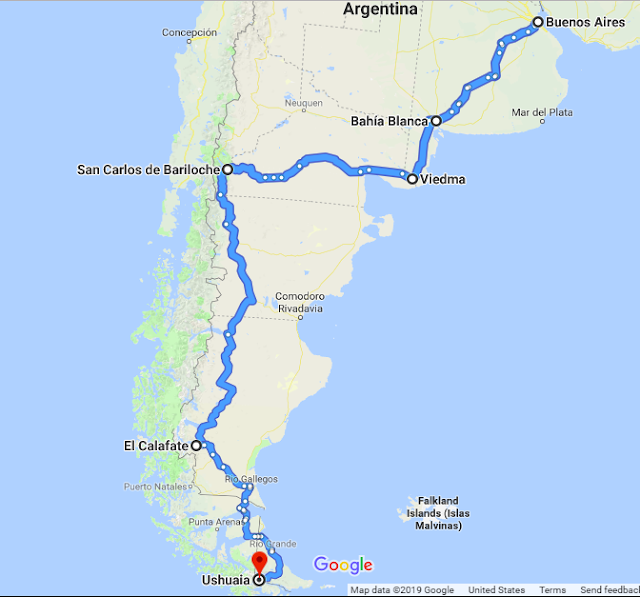 So this is what I will be doing over the next three weeks. Fly to Buenas Aires and spend a few days. Then take a train to Bahia Blanca followed by a bus to Viedma. The train from Viedma to the mountainous region of Bariloche is a highlight of the trip for me. Fly to El Calafate to see the famous glacier and then to the bottom of the world at Ushuaia. 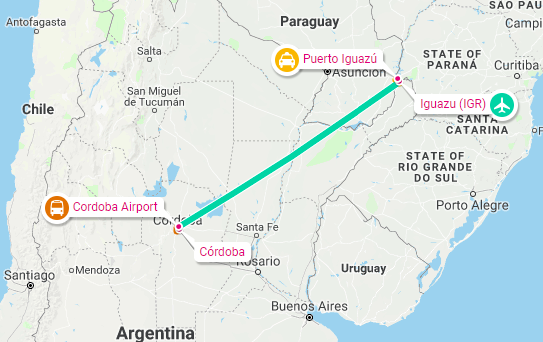 It's a long way, but next I fly to the other end of the country to see the Iguazu Falls and from there, fly to Mendoza to sample some wine. Finally, a flight back to Buenas Aires followed by the flight home. It should take three weeks.

United has finally recognized my magnificence and has given me 'Silver' status. It must have been my snappy outfits. The result was that I was upgraded to Premium Economy on the flight from Houston to Buenas Aires and I must say this 'stretch limo' version of economy was a welcome change. Along with extra leg room and an empty seat next to me, the food came sooner and I was off the plane quicker.

Immigration took about an hour for the foreigner's queue, just like at the major airports in the US. They take your photo and thumb print, but are friendly about it. I had reserved a ride into the city for US$29 with Taxi Ezeiza and it worked fine, delivering me to the hotel door. I checked in and had a brief nap followed by a welcome shower. It's much more humid than in the US right now. 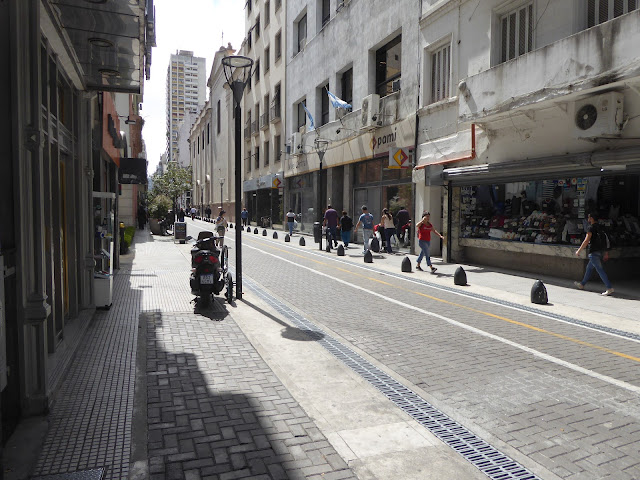 The street outside my hotel. It's not a traffic street so fairly quiet. 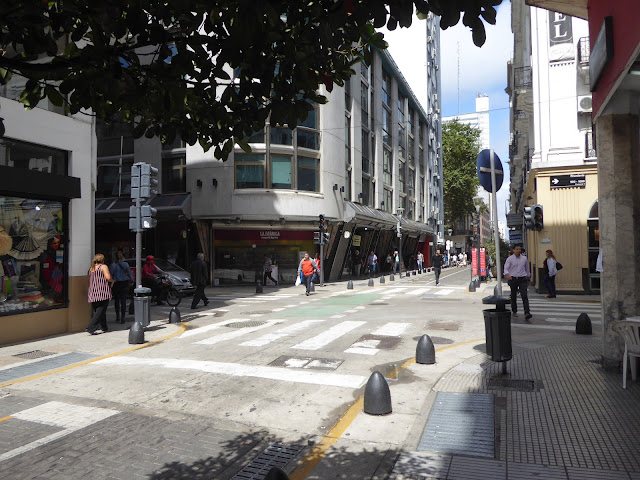 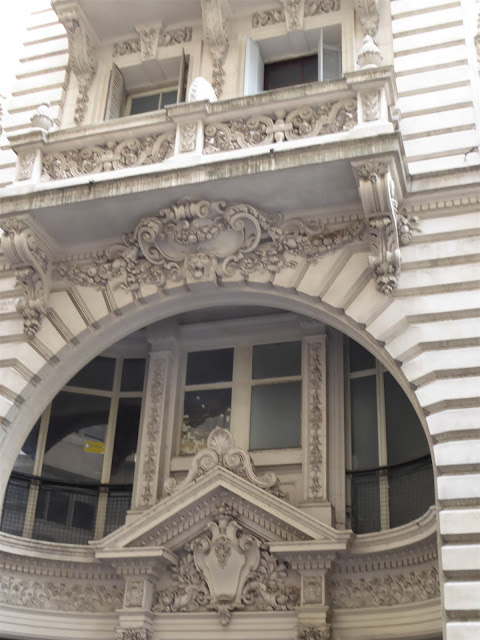 My friend Chris loaned me a book about BA which raved about the architecture of BA. I think I am going to enjoy taking photos here. 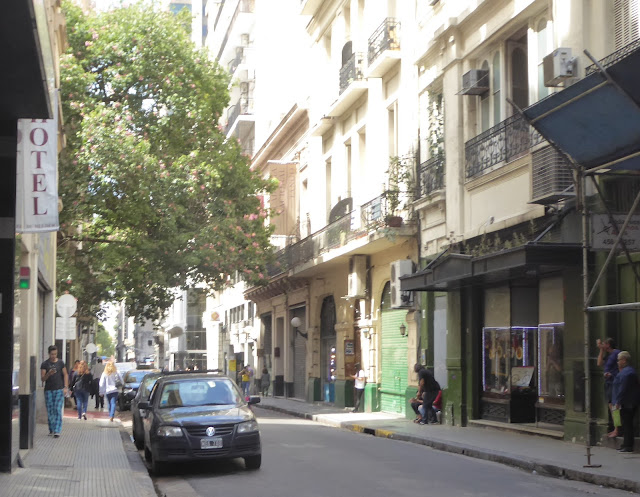 Another side street. I noticed during the drive into town that the grass was green everywhere. In fact there was a short shower. No drought here. 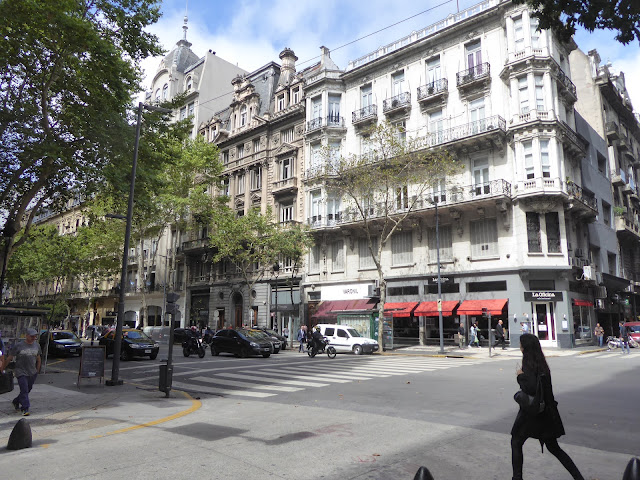 One of the wider shopping streets. 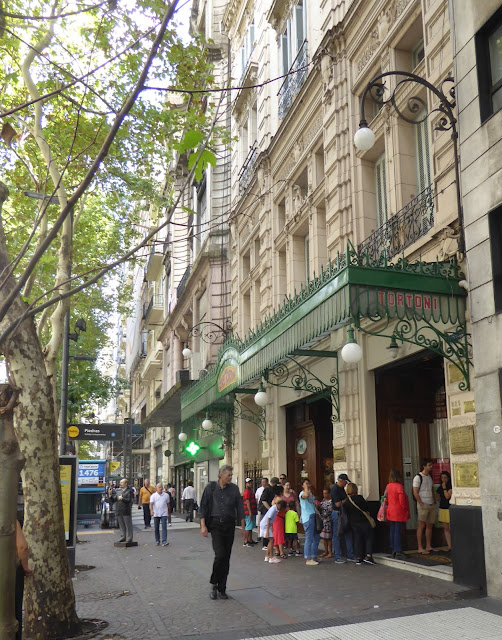 Cafe Tortoni that is a coffee cafe and also features tango dancing. I hope to attend. 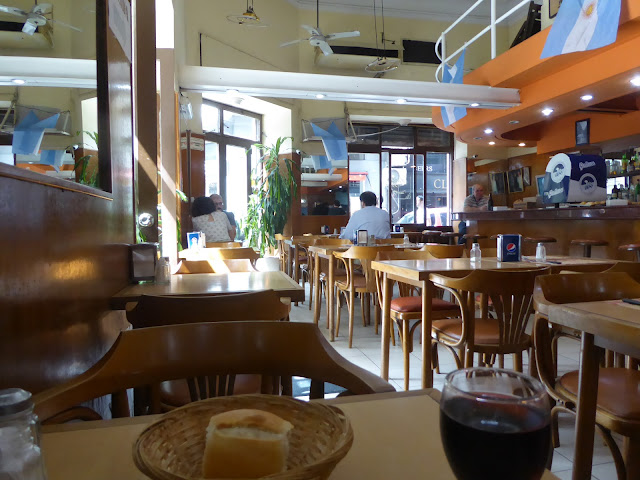 Instead I decided to get some food at an old restaurant across the street called the Pichin Bar. 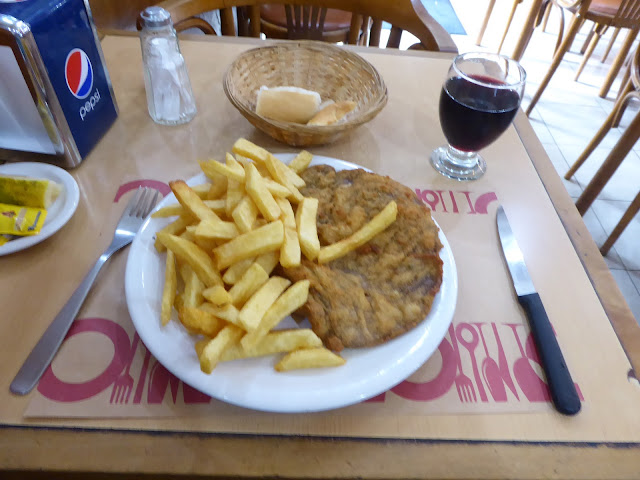 I ordered a wiener schnitzel along with a glass of red wine. The calf must have been at least 10 years old since the meat was very tough. That poor calf was definitely not fed on milk. Still, it tasted good and the wine was acceptable. The chips were good and the whole meal cost about US$ 6. 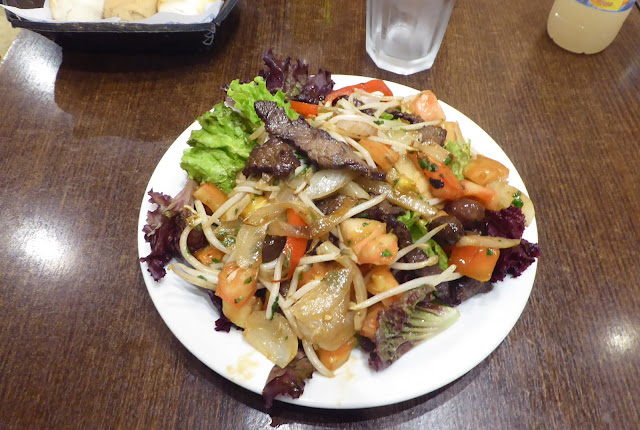 I was still hungry at dinner time so walked to a nearby coffee shop / restaurant and ordered the salad. Marianne can be proud of me. It came out hot which I found unusual, but it tasted fine. I had a lemon drink and also the espresso which was excellent. 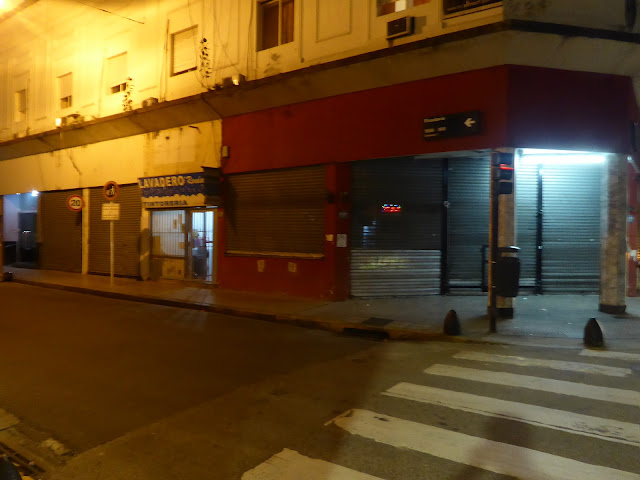 After dark, all the shops on these back streets pull down their steel shutters. Right in the center of the photo is a red blob. During the day, it looked like they sold gelati and I was planning to sample some later. Instead, it appeared to be a place where men sat around and drank beer out of large bottles. The gelati lost its appeal. 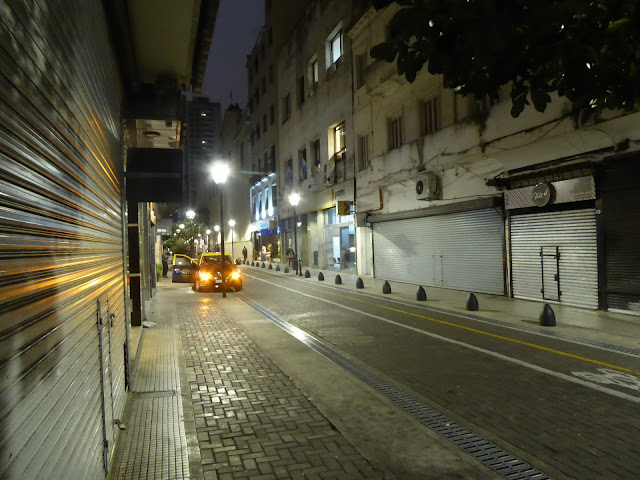 Shuttered street outside the hotel.

So far, I like BA and look forward to seeing more of it.