There has been one major disappointment on the trip so far. I was supposed to be taking an overnight train from Cairo to Aswan but the tour operator changed it to flying to Aswan. I was really looking forward to the ride and I had paid extra to have a sleeping compartment. Our guide explained that the train had been running late and the delay had interfered with the sightseeing arrangements.

Anyhow, we all got up at 4 am, had breakfast and set off in a bus to the airport at 4:50 am. I had read some reviews of Cairo airport suggesting that it was an awful place to fly into and from but I have found it to be modern and pleasant. You do have to go through two sets of security and each involves taking your shoes off. At the first set, women go through one detector and men go through another. At the second set, it's unisex.

The flight down to Aswan was fine and we were given a couple of small rolls with a slice of beef in one and cheese in the other. The poor bloke in our group who was sick had an unhappy time with numerous trips to the toilet at the back. 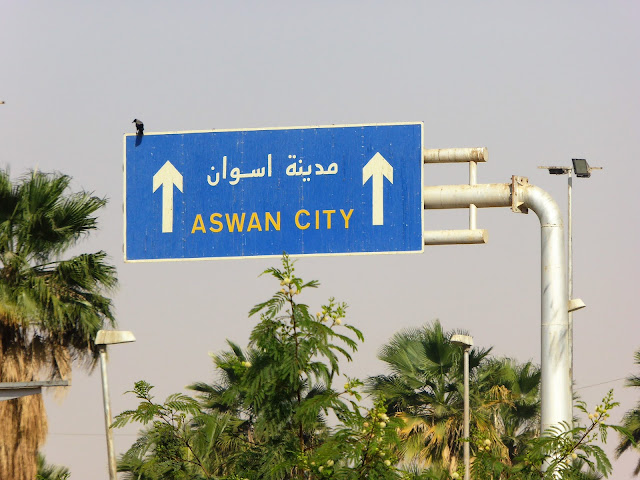 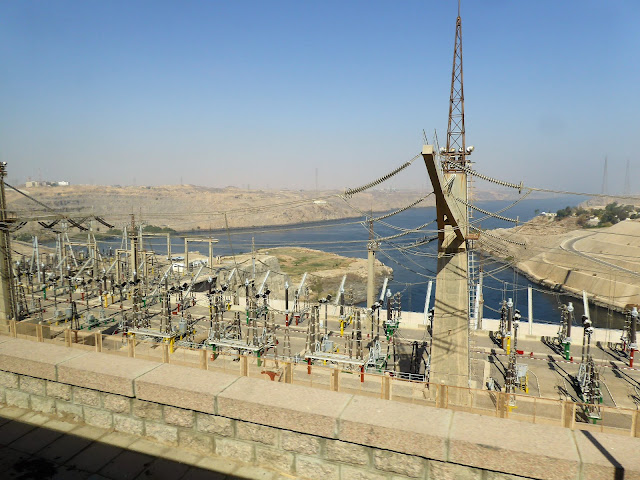 We were first taken to the Aswan High Dam, which is also used to generate electricity. 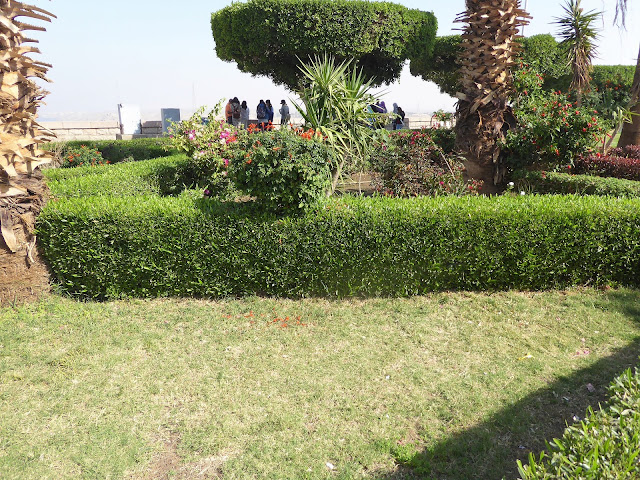 It seemed odd to see green grass after all the sand. 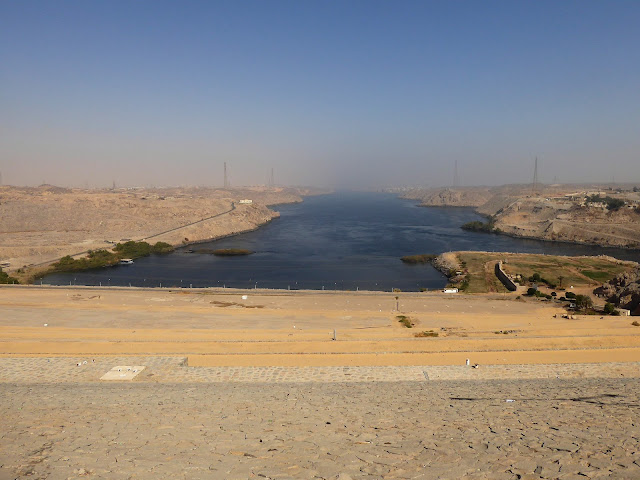 There is a an older dam a few miles down stream. 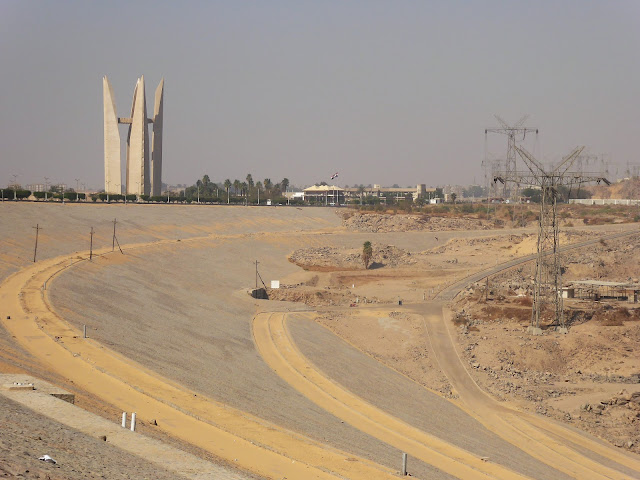 The dam was built and paid for by the USSR and the monument commemorates this cooperation. The Egyptian President of the time, Nassar, wanted help from the western countries and when he was rebuffed, he turned to Russia. 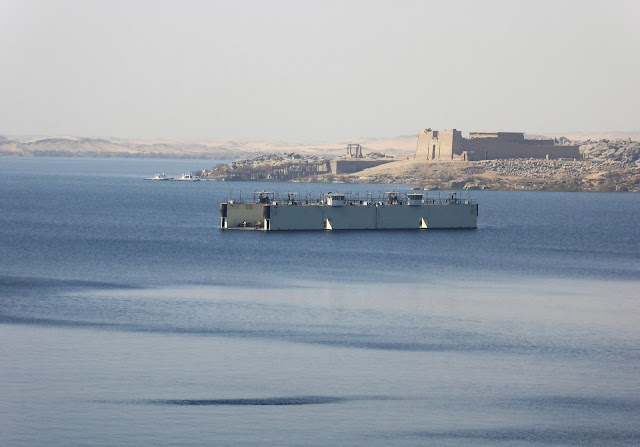 I think this is an inlet for water to the turbines. The Nile carries a lot of silt which needs to be filtered. Since the silt used to spread over the valley during the annual flooding, so farmers now have to use fertilizer. However, they can get water every year instead of having the regular drought years. 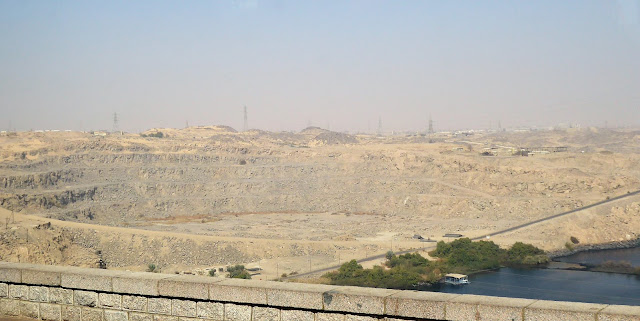 A huge quarry where the material came from to build the dam.