The bus took us to a restaurant in down-town Luxor for lunch. The food was the worst any of us have had in Egypt and Michael said he was surprised because usually it was pretty decent. However, on the way out of the restaurant I had some ice-cream. 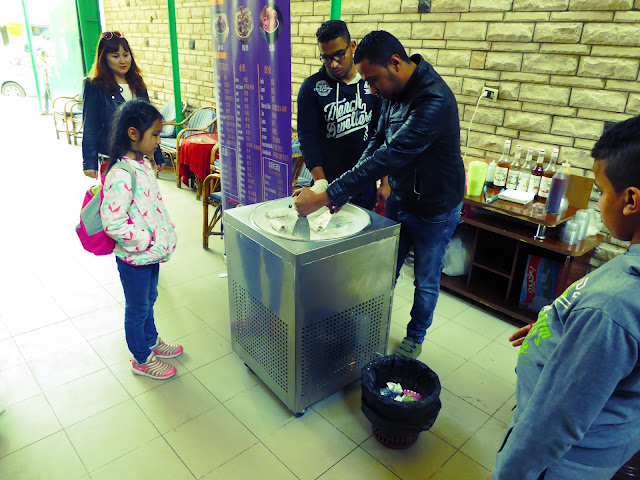 These two blokes had a machine for making ice-cream and were doing a good trade. 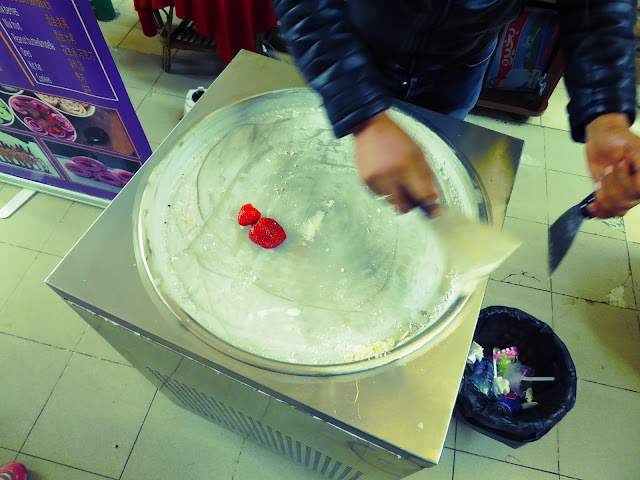 The plate is freezing cold. I decided to try the strawberry version. 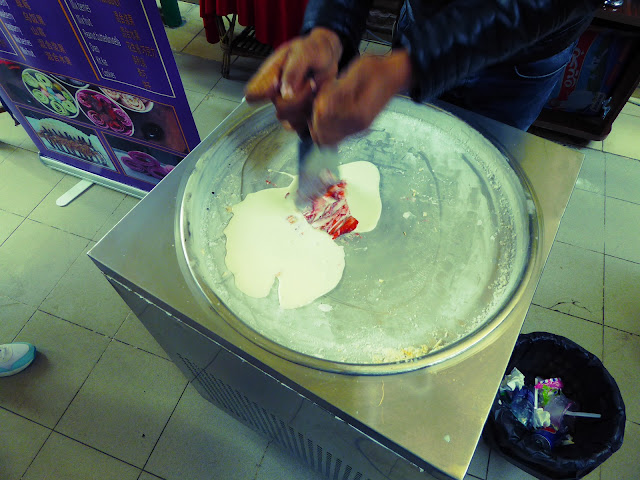 He placed two ripe strawberries on the plate and chopped them up. In addition he poured on the milky mixture. 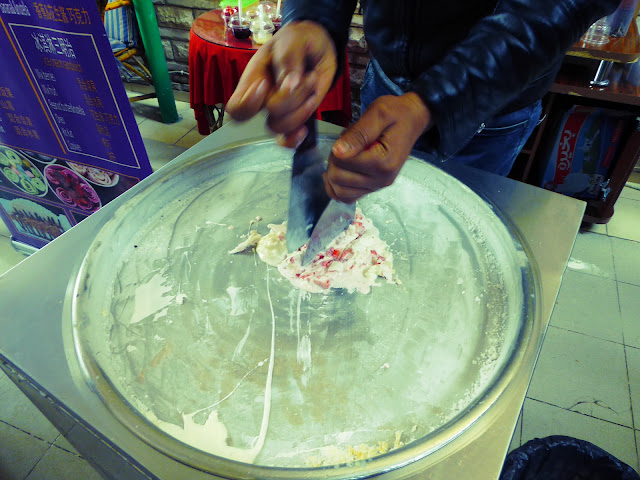 Then mixed it all up. 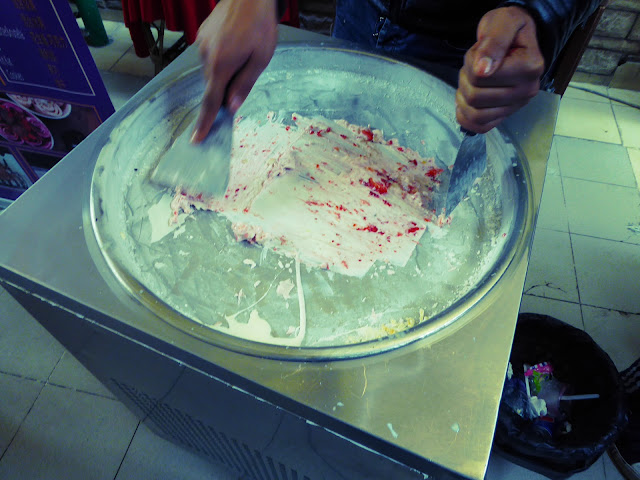 Flattened it out so that it would freeze almost immediately. 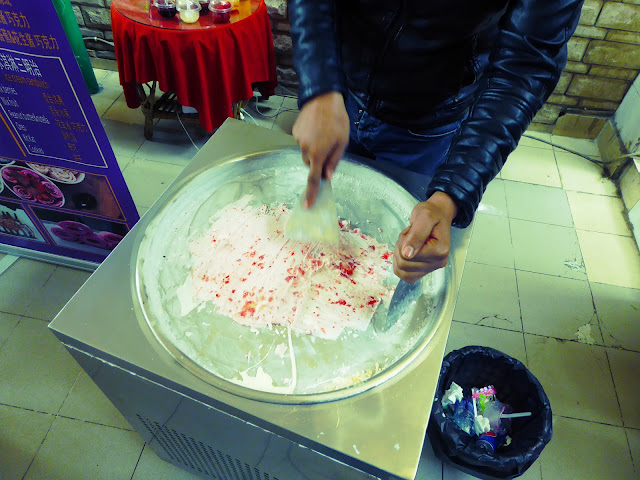 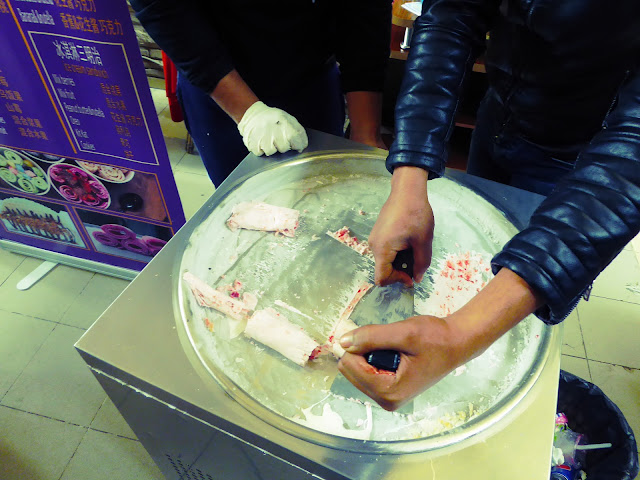 And then scraped it up into a roll. 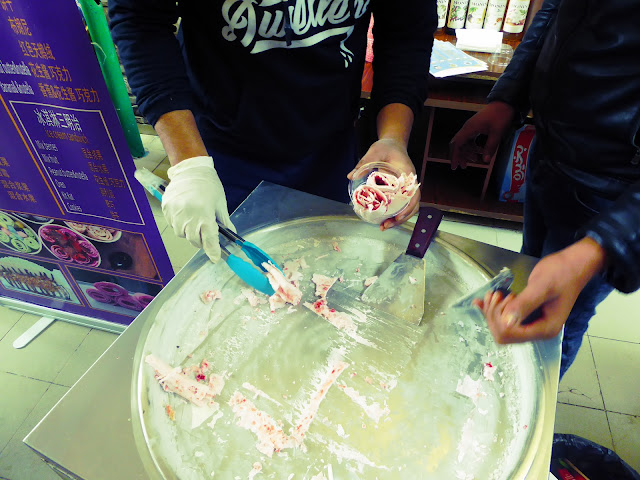 Put the rolls into a cup, supply spoon and then on to the next customer. Delicious. Cost was approx US $2. 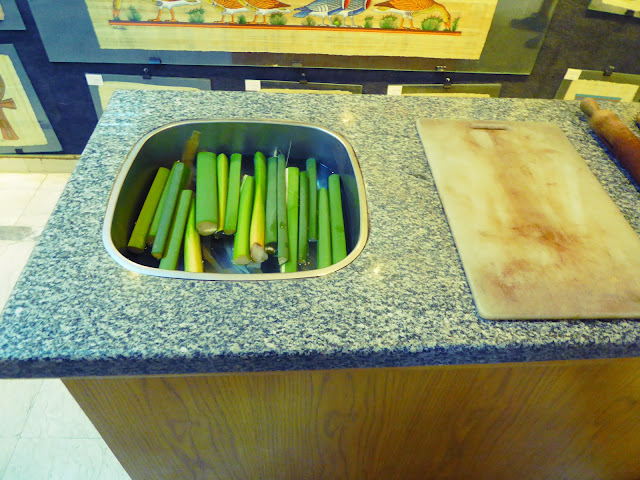 The tour then took us to a place that sold papyrus products and we were given a demo of how it is made. Here is the papyrus reed on the left. 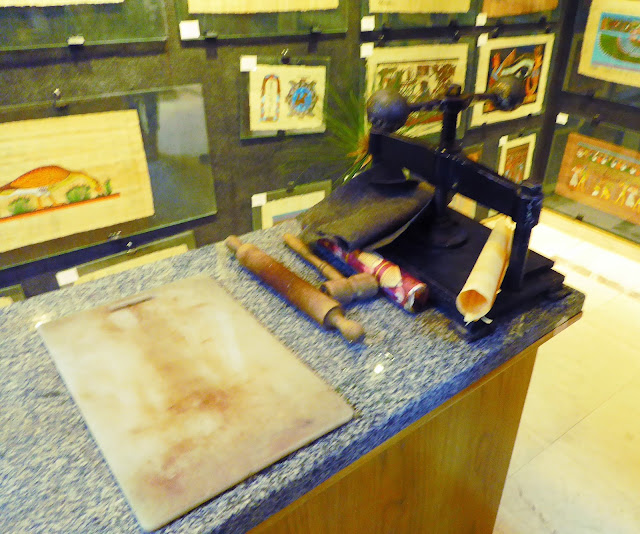 It is peeled, formed into an overlapping square pattern and then pressed for several days. You could buy objects with paintings on them like those in the background but I did not see any plain papyrus for sale. Most of the men were totally uninterested and went outside asap.