The Mortuary Temple of Hatshepsut

On the other side of the pyramid shaped hill top is a wonderful tomb that you may recognize. It belonged to Queen Hatshepsut who ruled about 1500 BC. 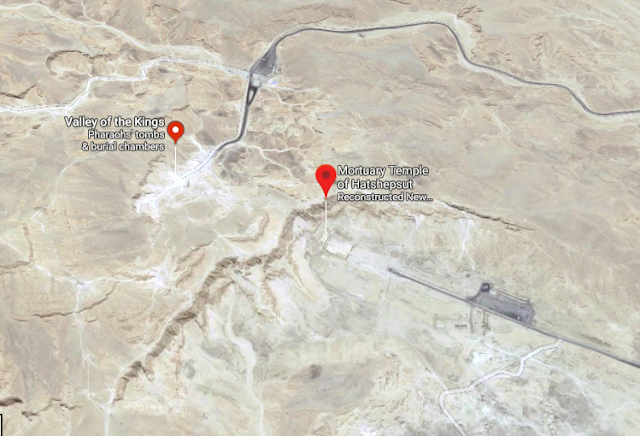 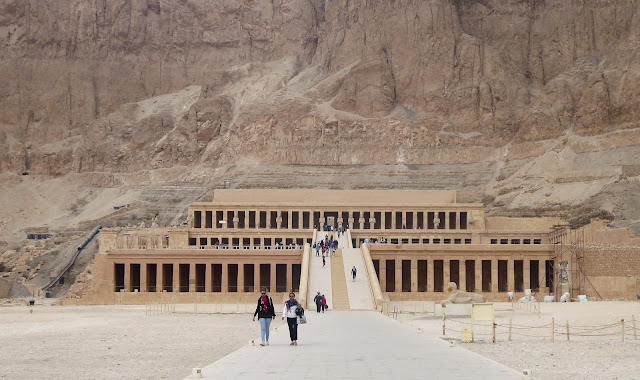 If you dug a long tunnel through the hill you would come out in the Valley of the Kings. Perhaps there is one already that we don't know about. 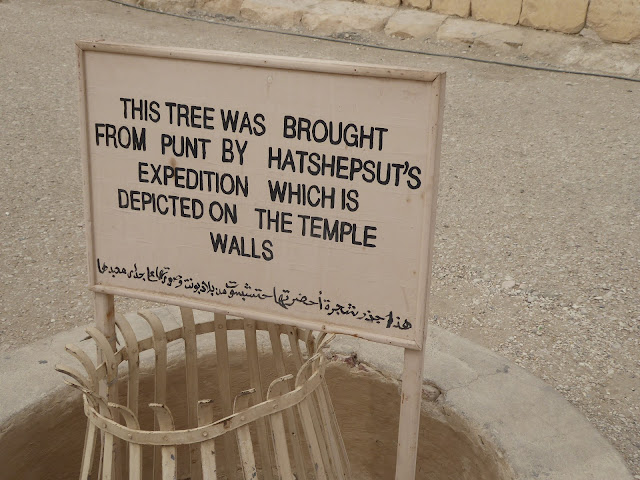 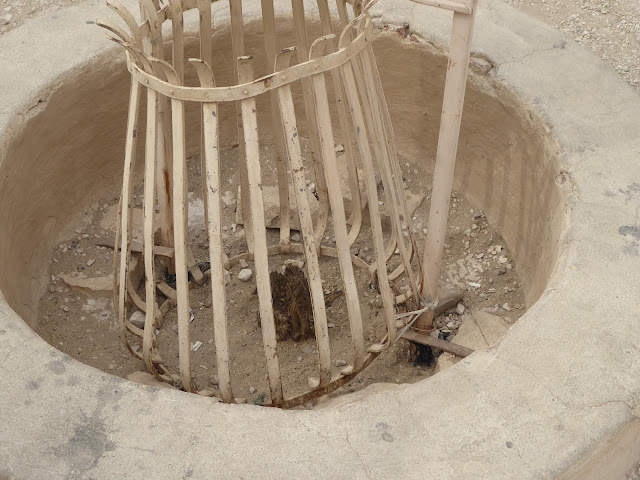 The experts are divided on the subject of where Punt was. I suspect they are divided about a lot of things concerning ancient Egypt. 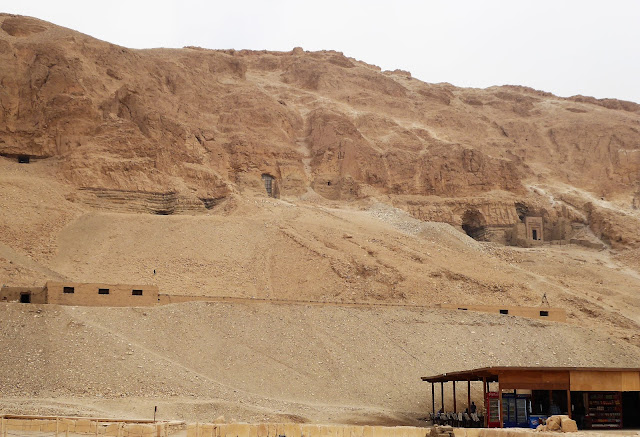 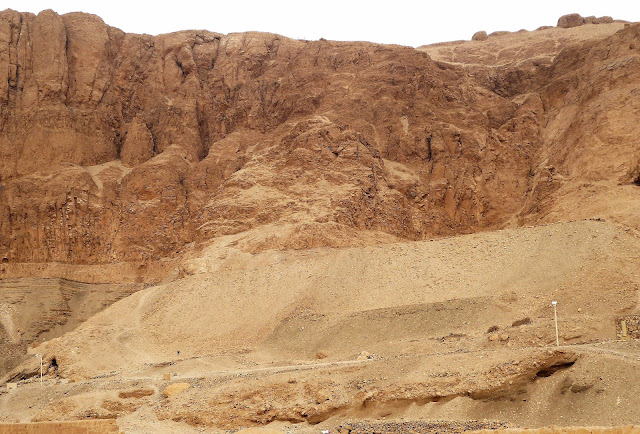 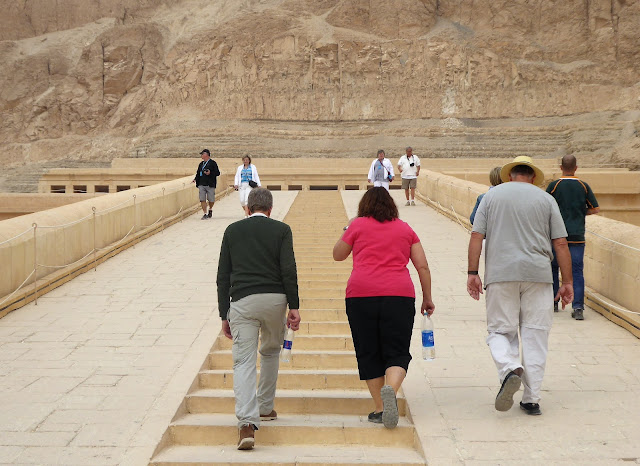 Walking up the first ramp. 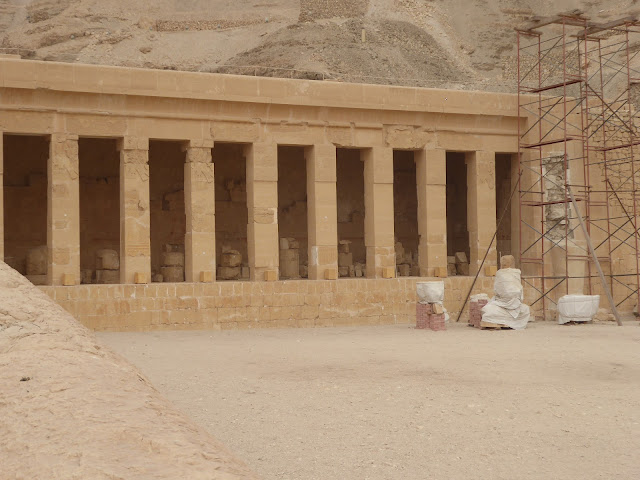 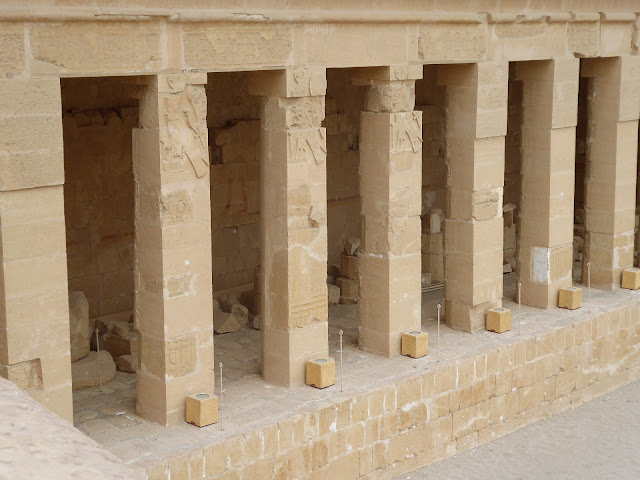 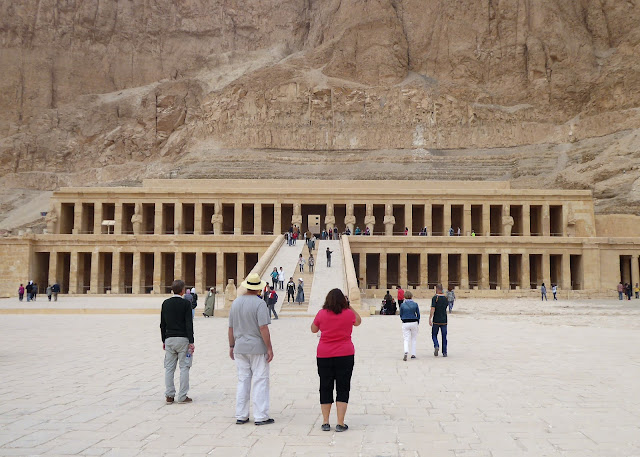 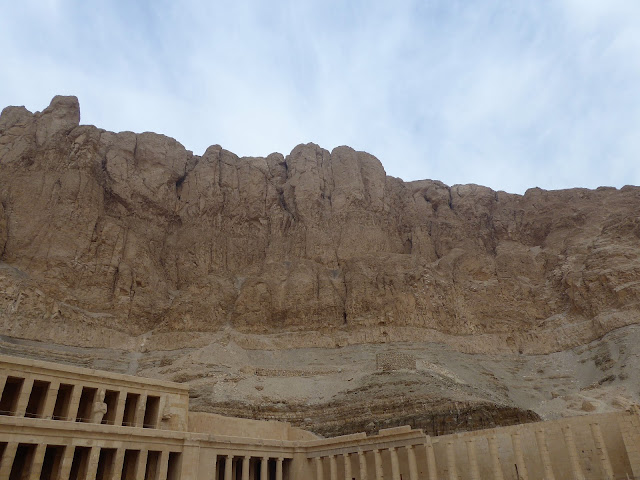 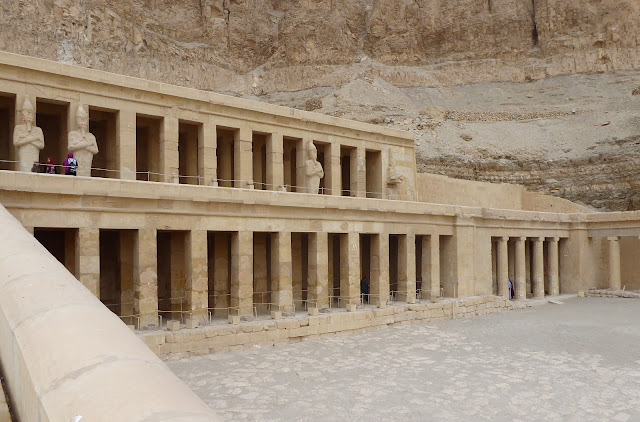 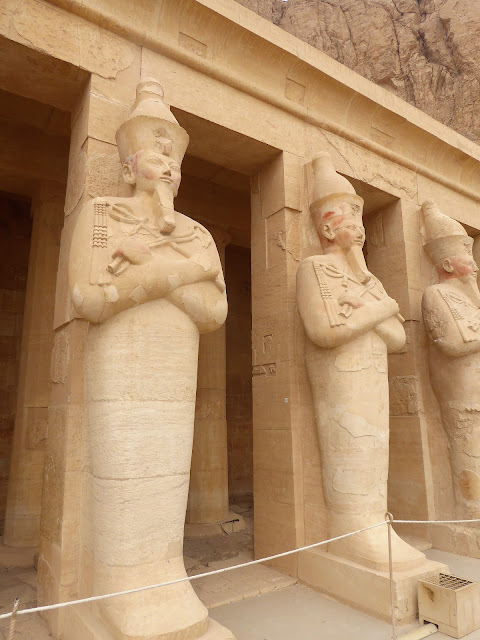 All the statues, paintings and carvings depict her as a man. It took some nifty politcal tap-dancing to make up enough reasons why a woman could become a Pharaoh. 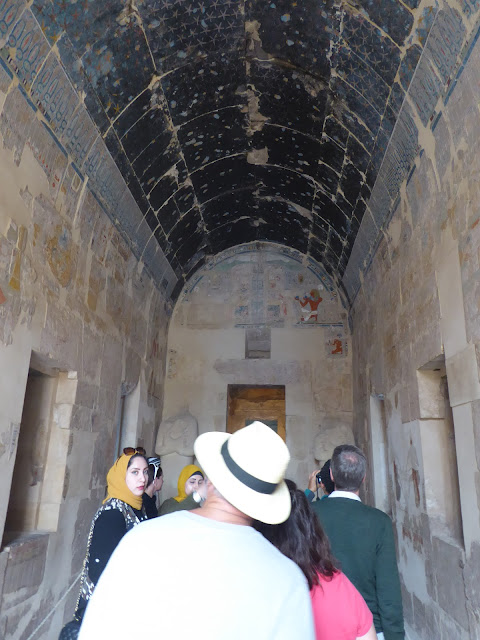 Inside the tomb on the third level. 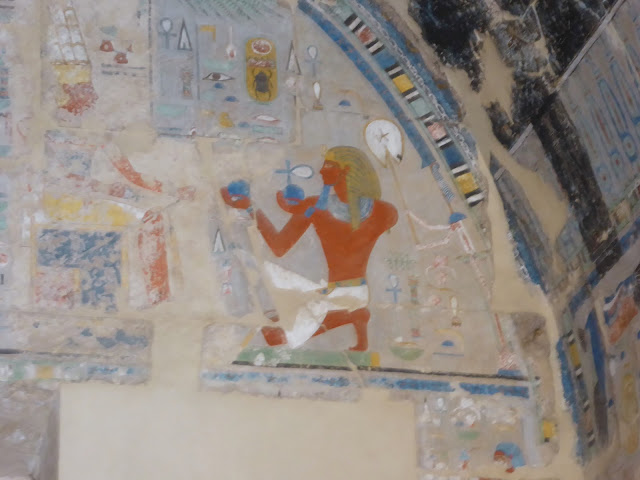 The same themes appear again and again at most of the temples. 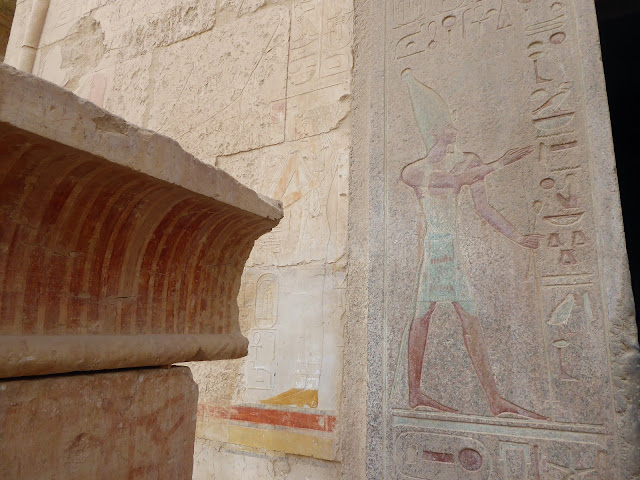 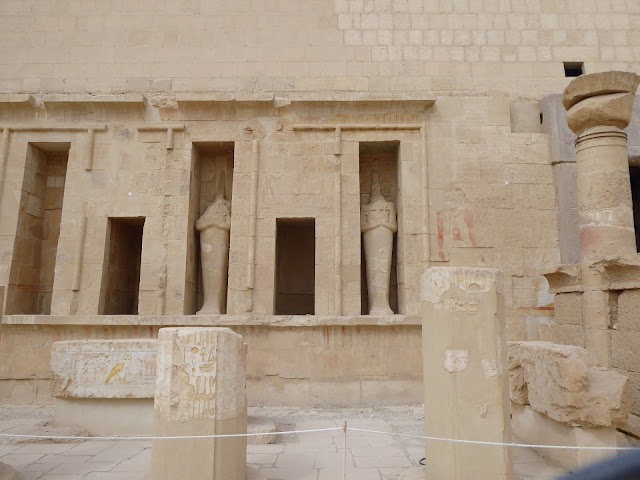 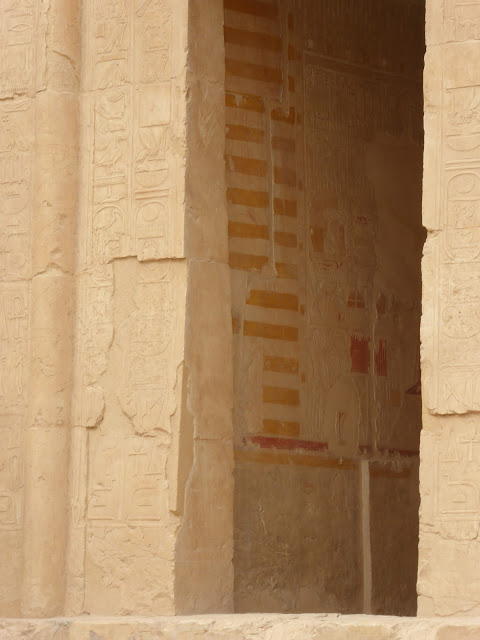 It is remarkable how vivid some of the colours are after all these years. 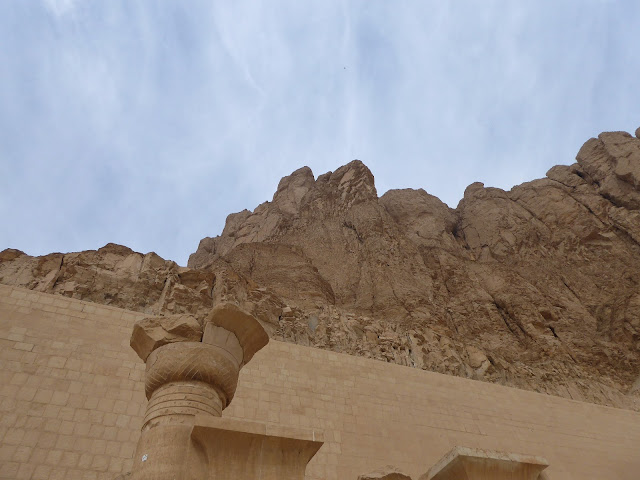 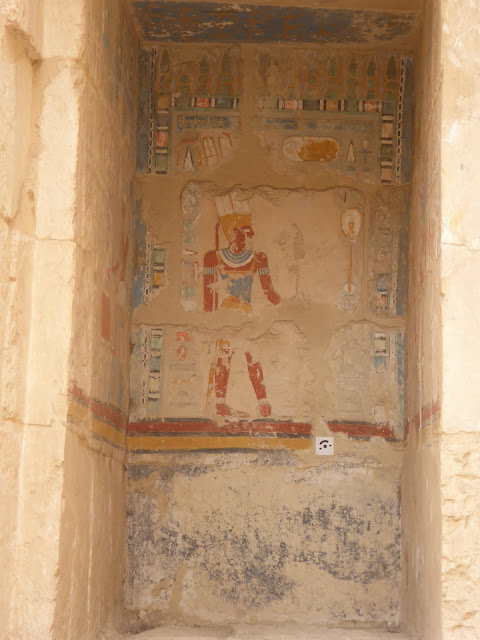 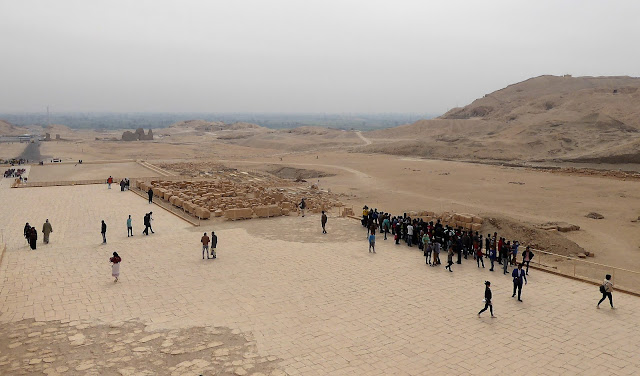 There were a lot of school-children running around, all full of energy. 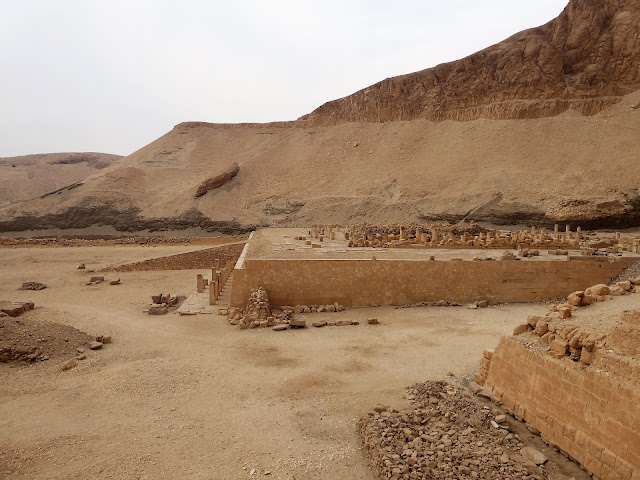 There was an earlier version of the tomb similar in layout, some of which still exists. There also used to be a third version further up the hill, but it was destroyed. 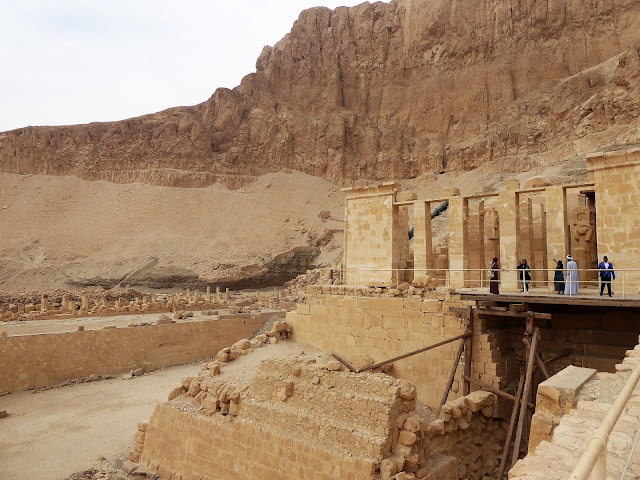 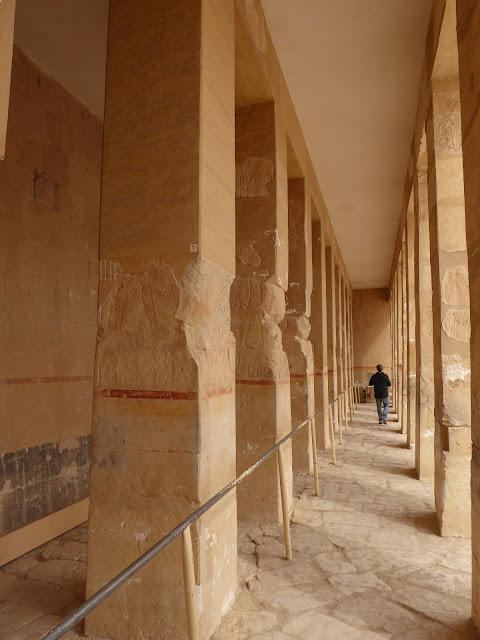 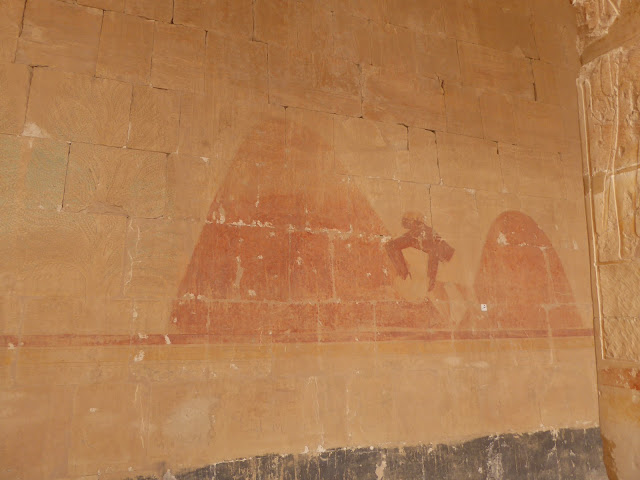 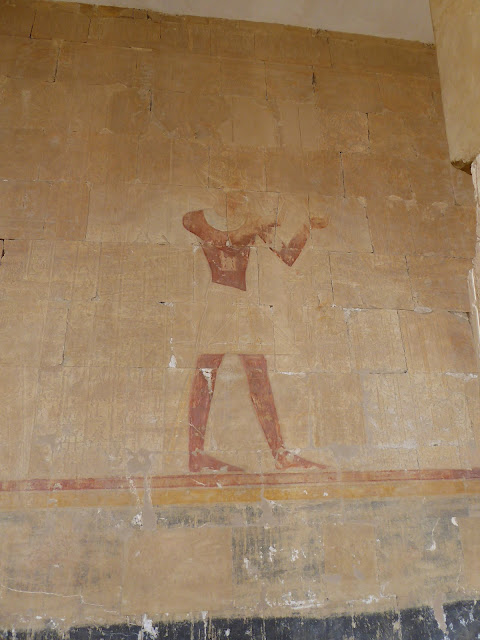 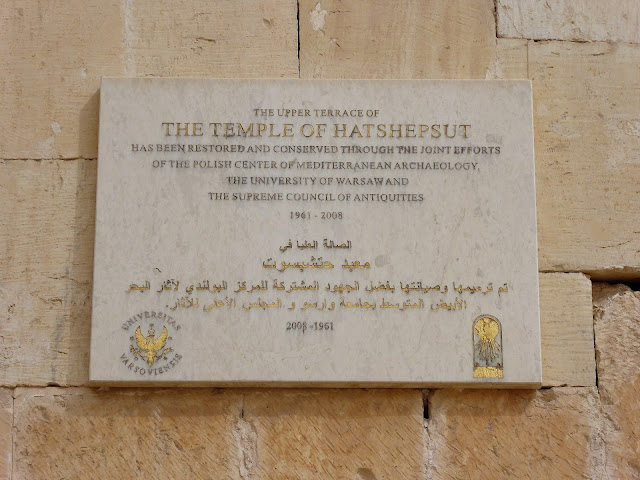 Much of the restoration was done by the Belgians. 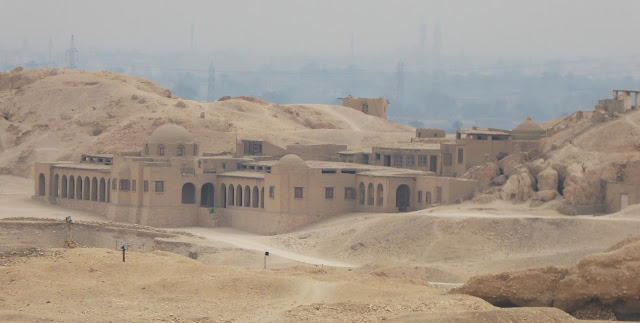 They built this close by to stay in while they worked on the project.