Valley of the Kings

It was to be a long day so we were packed and on the bus by 7:45 am to see some of the other sites in Luxor. That evening we would be at a hotel by the Red Sea. 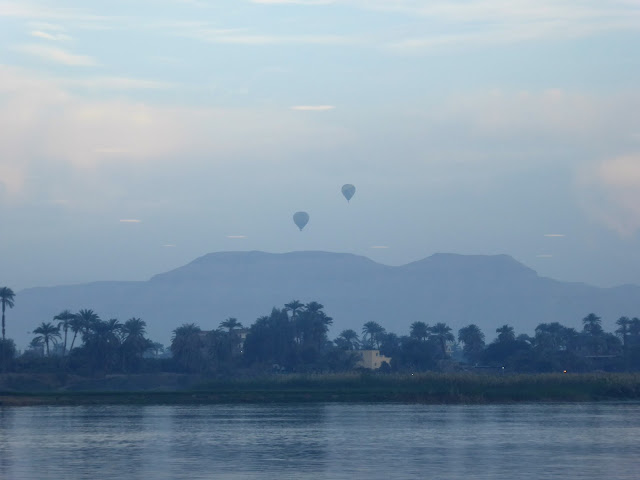 For US $130, you could get up before dawn and go for a balloon ride. Having done such a ride years ago, I thought bed looked better. 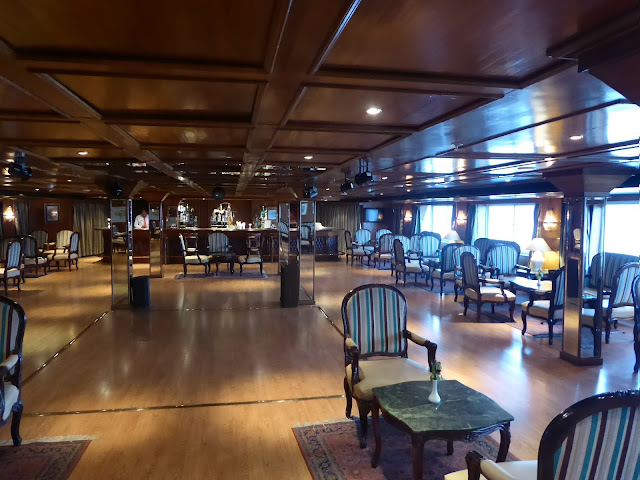 The lounge area of the boat. It was really quite pleasant on the boat, service was exceptionally good and the food was fine. I think my total expenses for booze and getting my washing done was about $30. 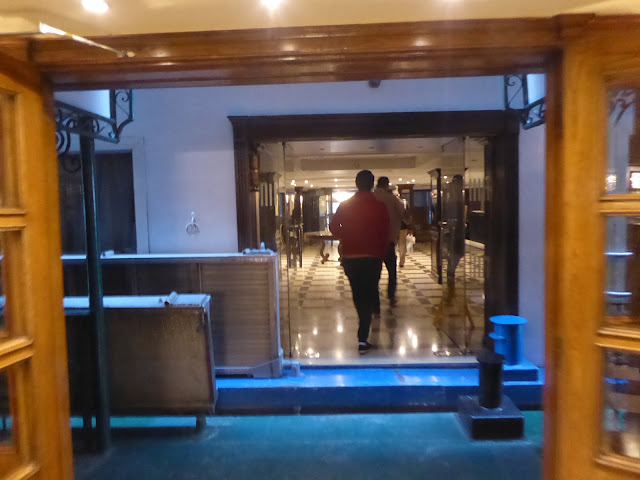 Several boats were tied up next to each other at the wharf so we needed to walk through several. 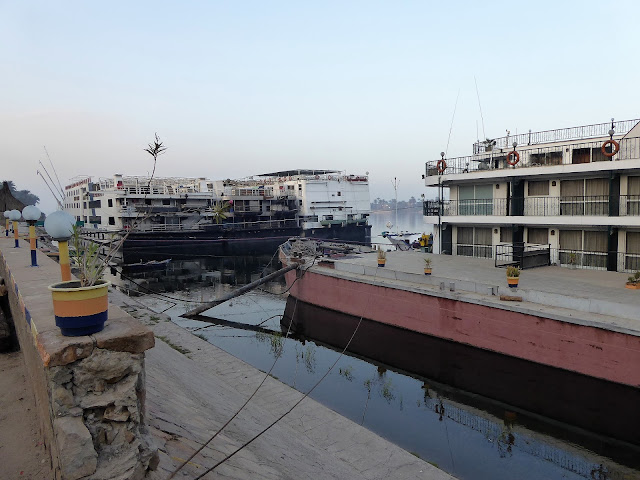 In the good times of years ago, these boats would be in use. 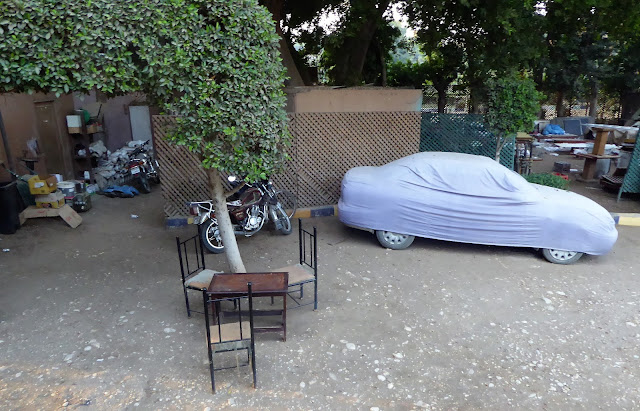 We went through a security gate and this photo amused me. The table for the men to sit at and drink coffee or tea, the car covered from the dust and the junk off in the back. I would probably fit right in. 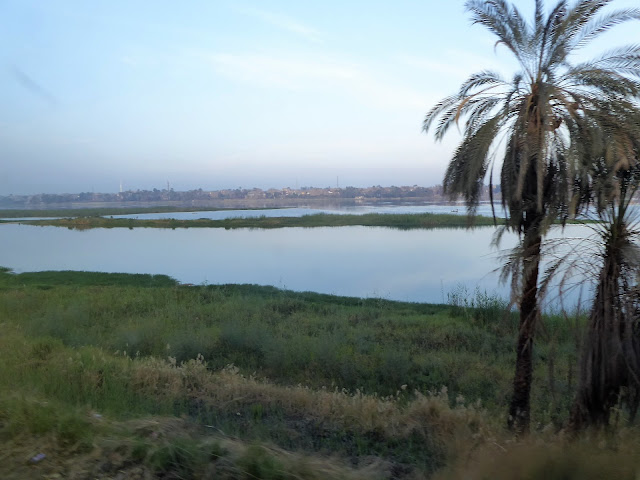 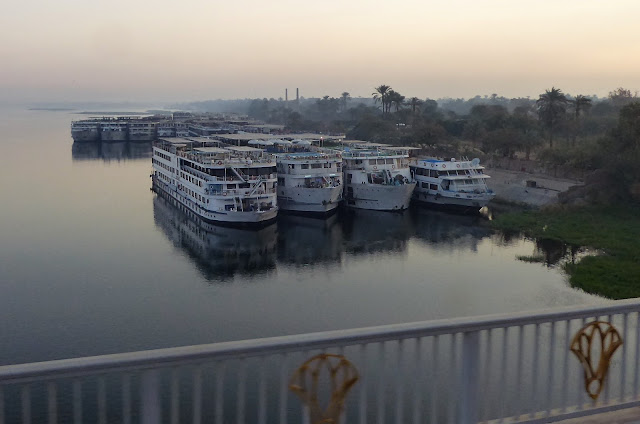 Further down stream, even more boats tied up. 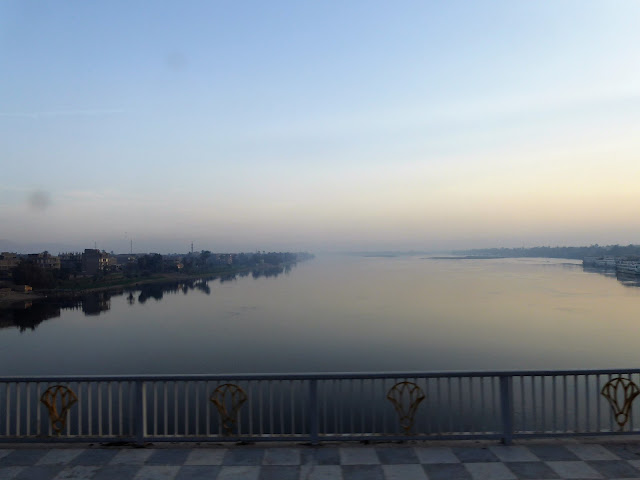 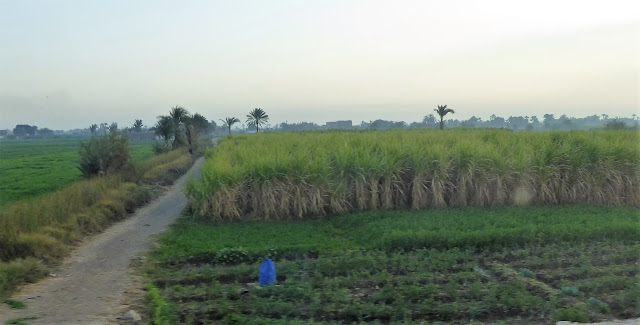 Sugar cane appears to be a popular crop. 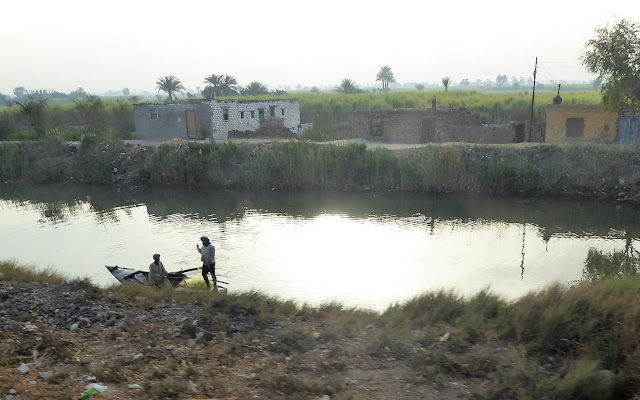 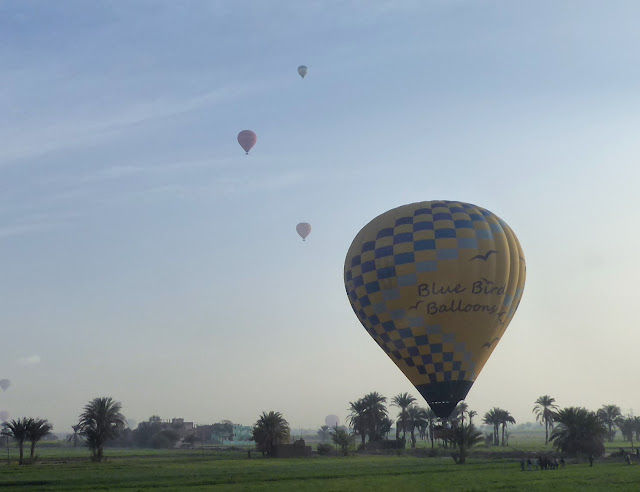 We passed by the balloon operating area and picked up the members of our group who participated. They all enjoyed it and said they had a very smooth landing. 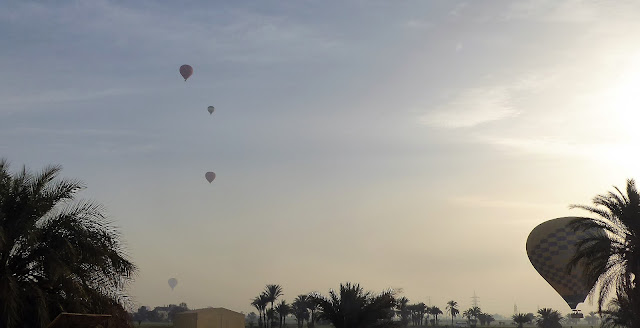 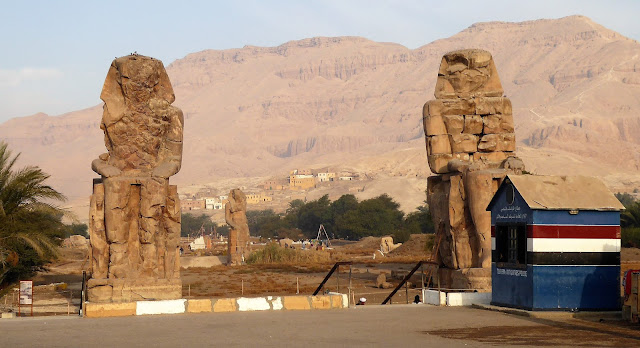 We passed by the Colossi of Memnon. In any other country, these would be a major attraction. In Egypt, you drive by. 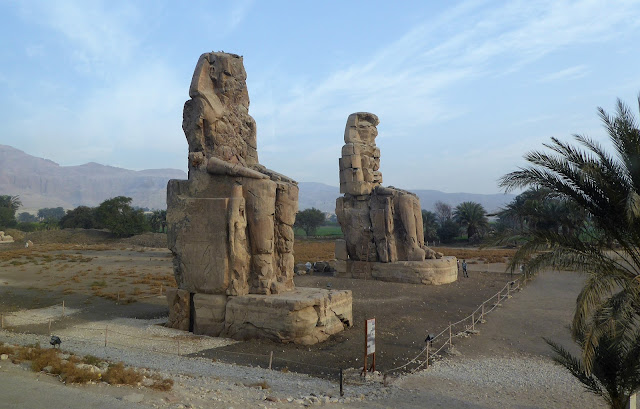 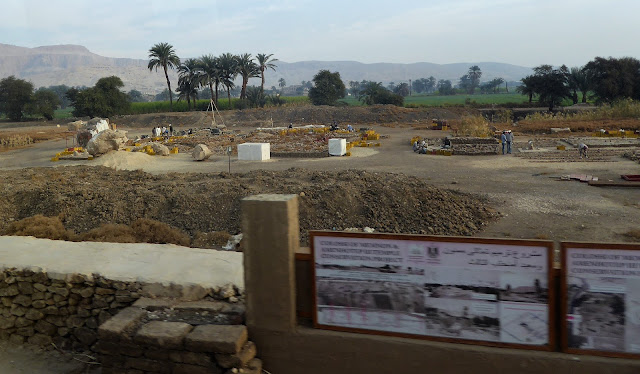 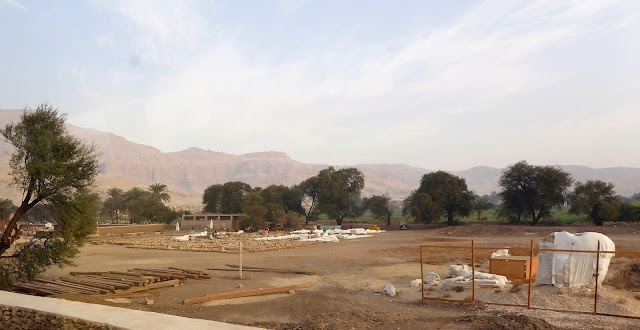 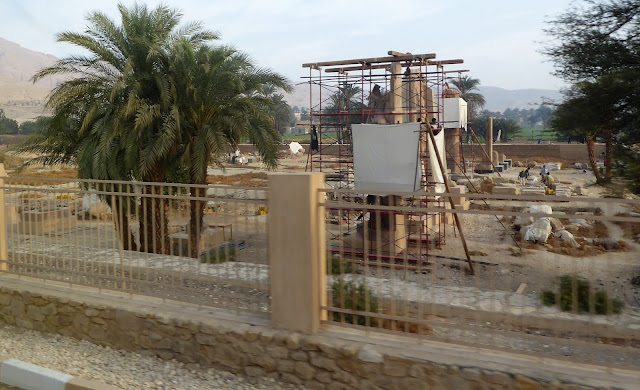 There seemed to be a good deal of archaeological work going on behind the statues. 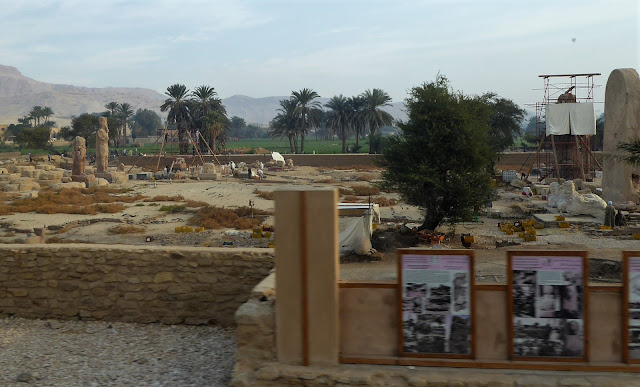 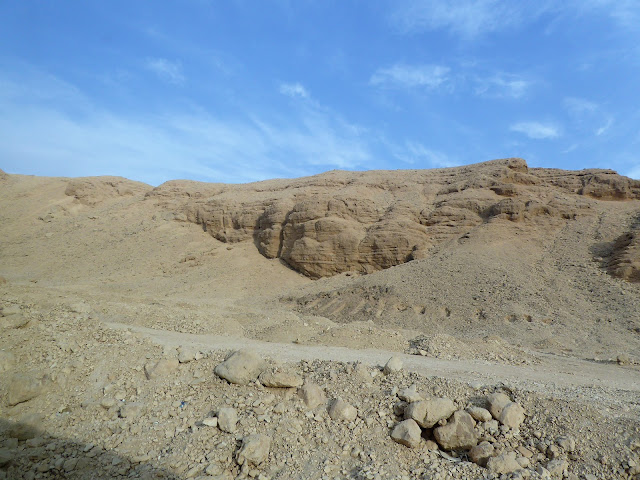 Soon we drove into the hills west of the river valley. 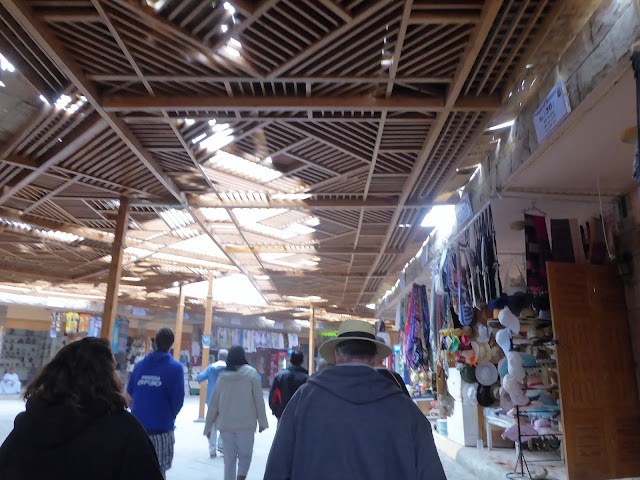 We were early so not bothered too much by hawkers. 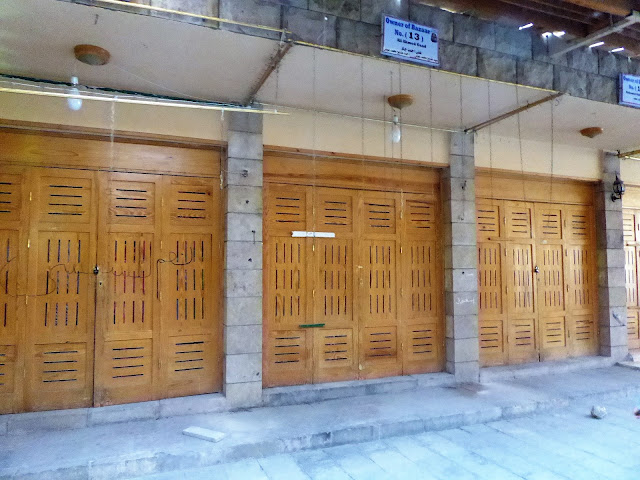 Special arcade shops have been built for them. 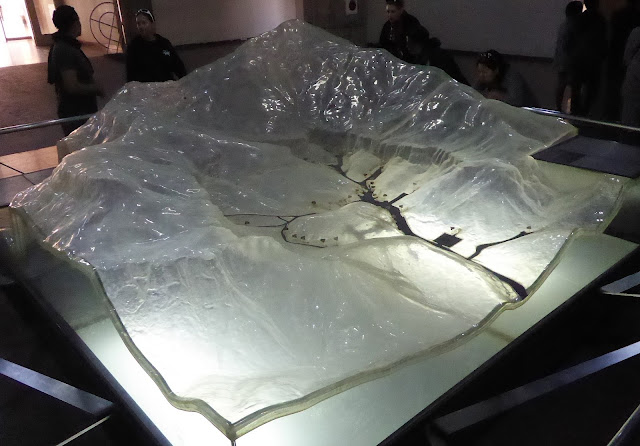 A fiberglass model of the Valley of the Kings where many Pharaohs were buried. You might notice that there is a peak at the top of the photo that looks like a pyramid and it is believed that this made it possible for the Pharaohs to be buried here since they would in effect be buried in a pyramid. 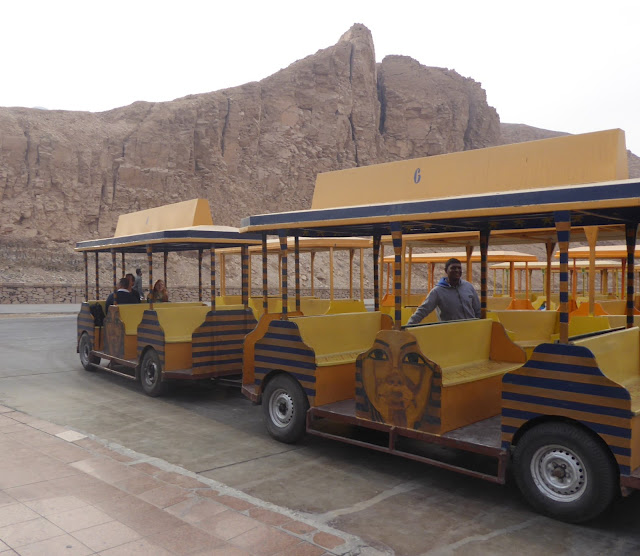 We loaded onto wagons to take us closer and away we went. 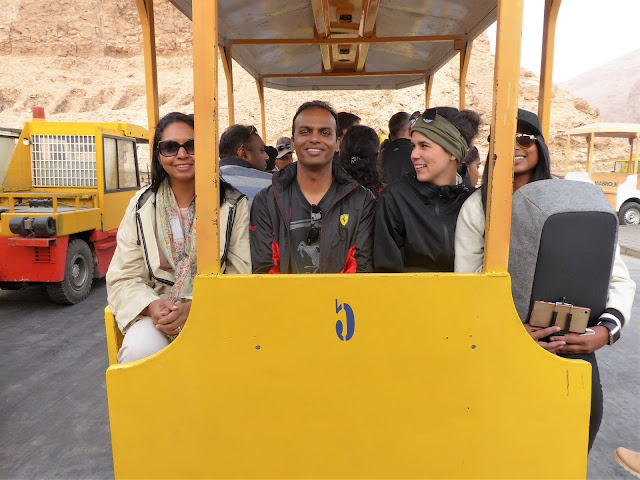 Members of our group. 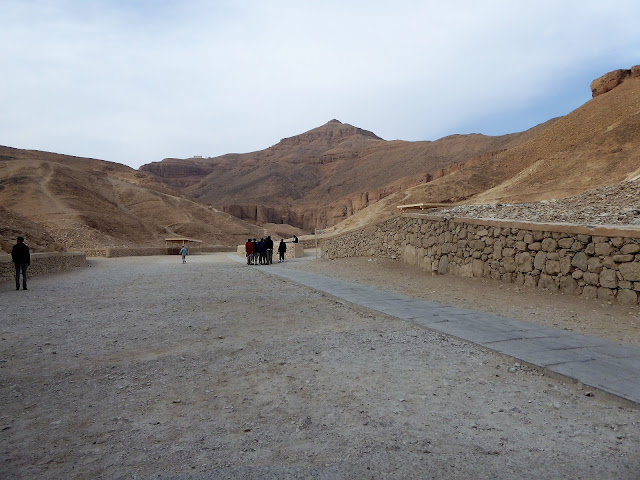 Photos cannot be taken unless you have an expensive ticket and Michael does not want photography to be allowed at all because of the damage it causes. You can see the pyramid shaped hill top in the background. 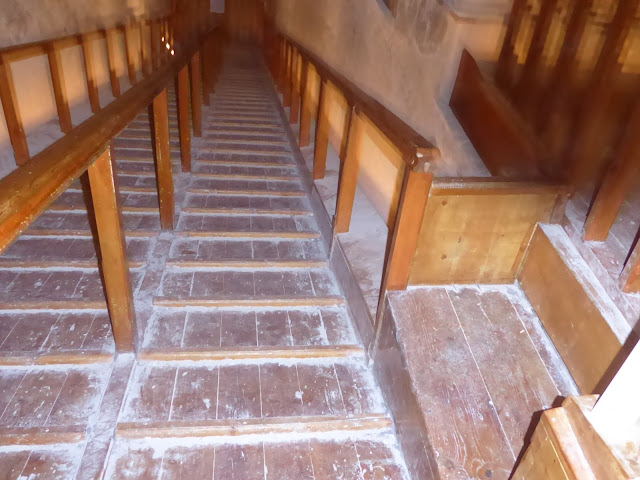 I did sneak one photo showing the steps leading down to one of the tombs. It's quite a climb back up.

I paid the entrance fee to see King Tut. It's interesting to read why his name was changed. This was the most recent tomb to be discovered and was quite unexpected. Tut died young so his tomb was small. Pharaohs who lived longer got larger tombs since they started work on your tomb when you became ruler. You can read more about his tomb here and see some photographs. His body is held in an airtight glass case. In addition his famous coffin is on display. His death mask is on display at the museum in Cairo.

Most of the tombs are not open to the public, but I did get to see a couple including Ramesses II which was quite spectacular. The sarcophagus are enormous.

Well worth visiting and when I get home I will do some more research on the area.