The temple of Kom Ombo

We were all quite tired but we had a very, very late lunch and then visited the Kom Ombo Temple before dinner. 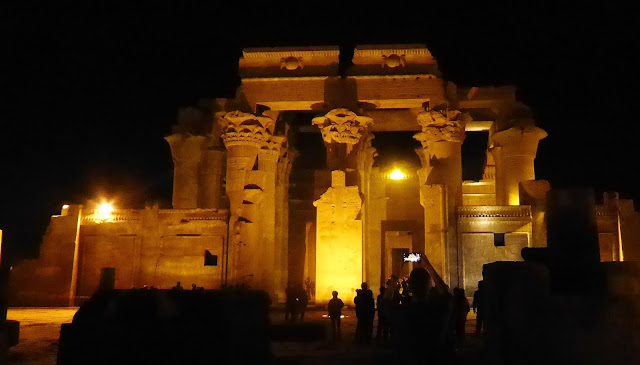 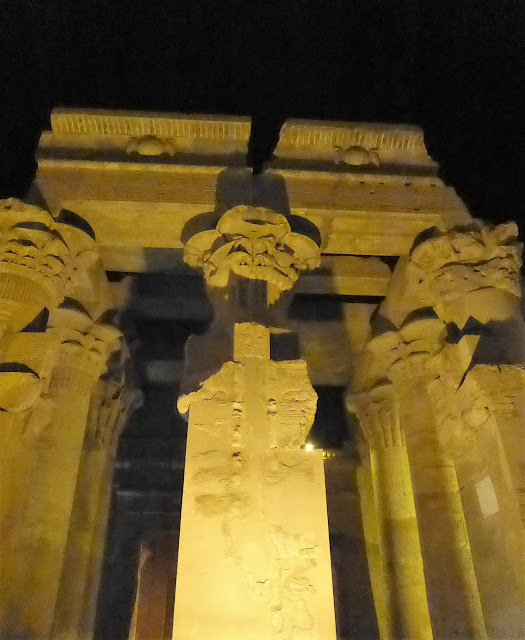 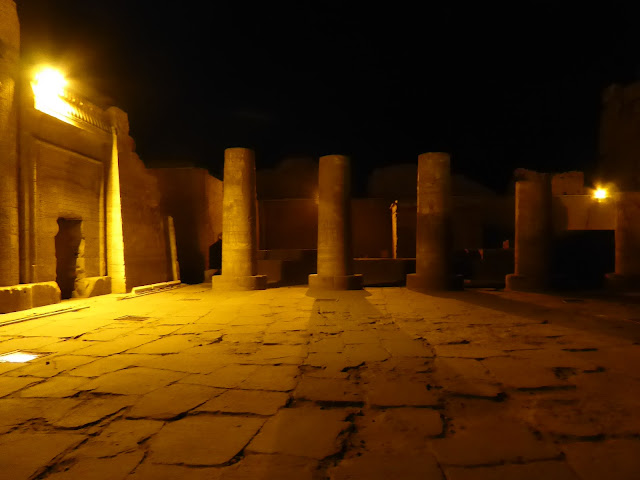 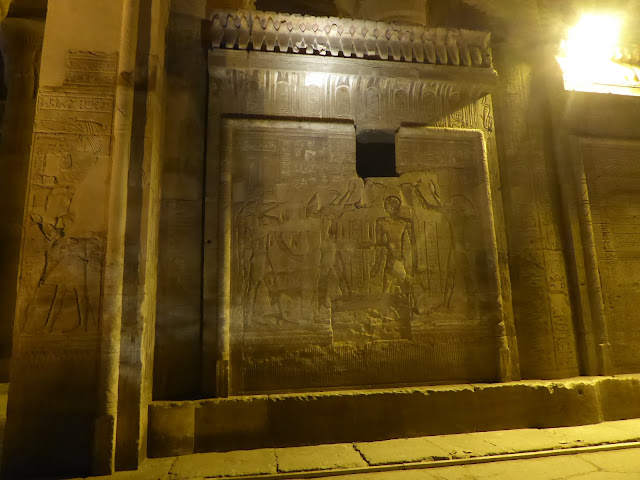 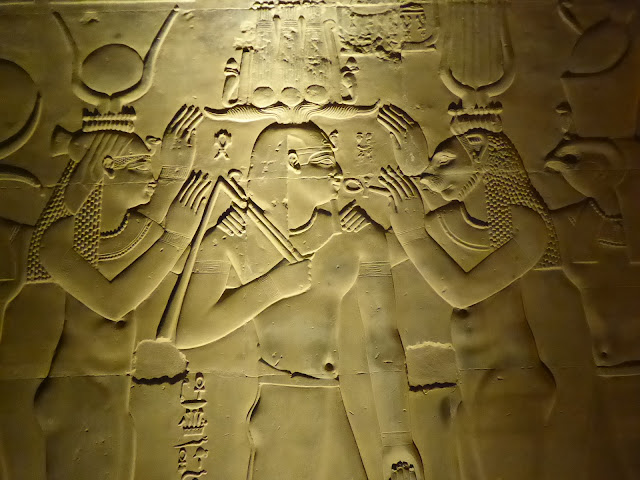 Most of the temples by the river were buried in sand over the centuries which is why the carvings have survived all this time. 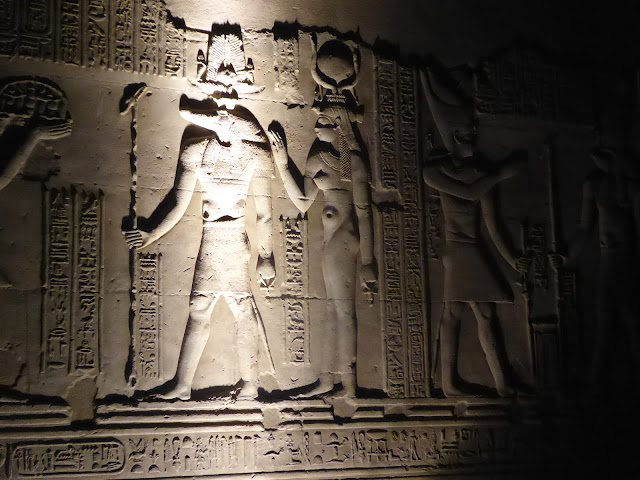 Here you can see the crocodile head of  Sobek. Next door to the temple is a museum of embalmed crocodiles that were found in a pit. Crocs used to be common in the Nile but the dams stopped them moving down the river from the warmer climates. 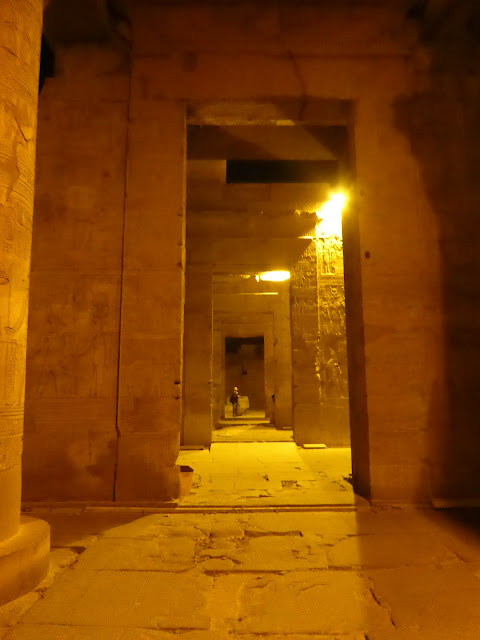 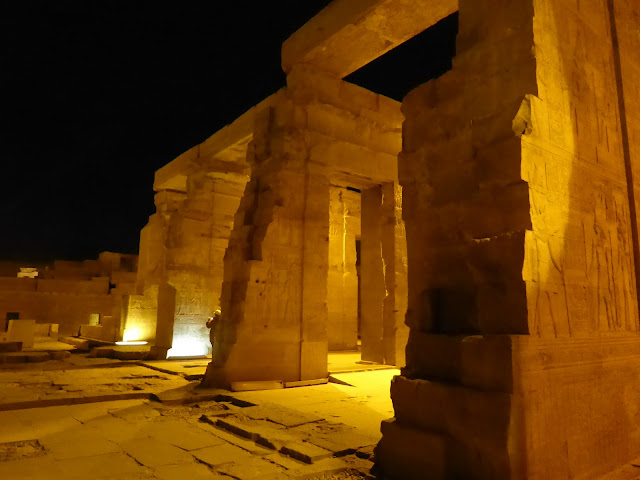 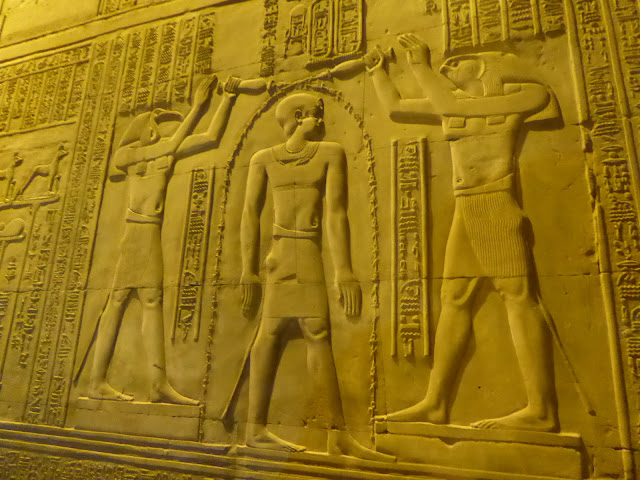 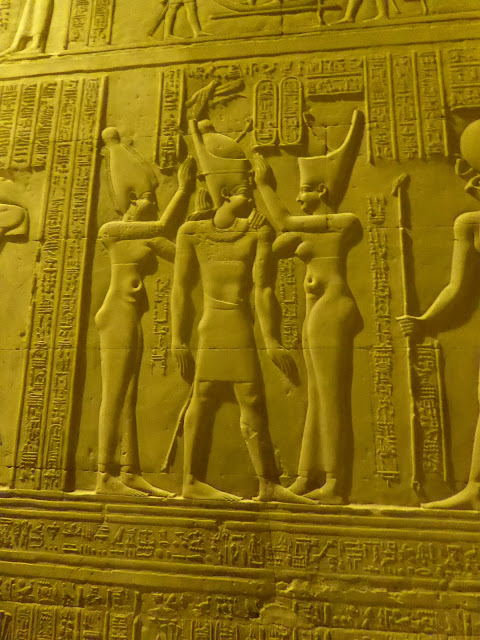 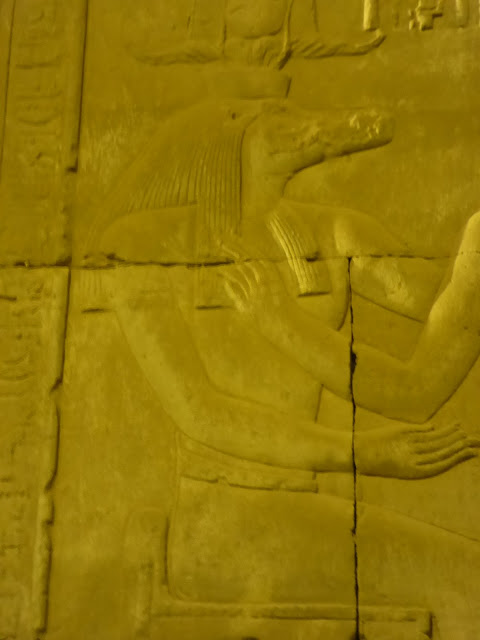 The god of croc. Sounds good doesn't it. 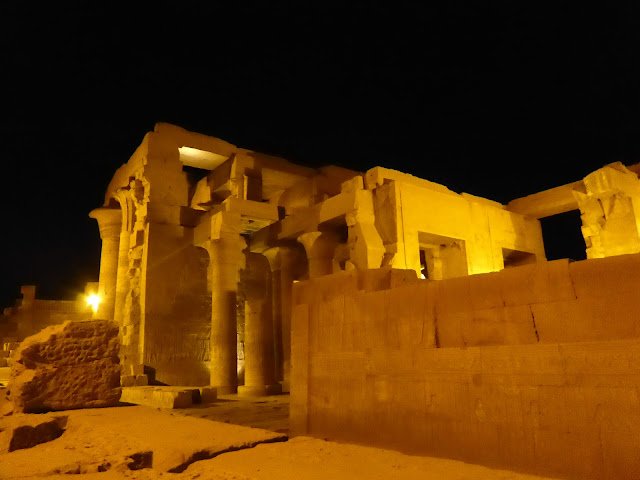 I must admit I was very tired by the time we got on the boat. After dinner I had two cups of espresso coffee and a glass of Egyptian brandy and had no trouble sleeping. The brandy was slightly sweet and reminded me of Armenian brandy. French cognac has nothing to fear.