The Sphinx is probably the most mysterious construction on the planet. Why did they build this curious huge statue? 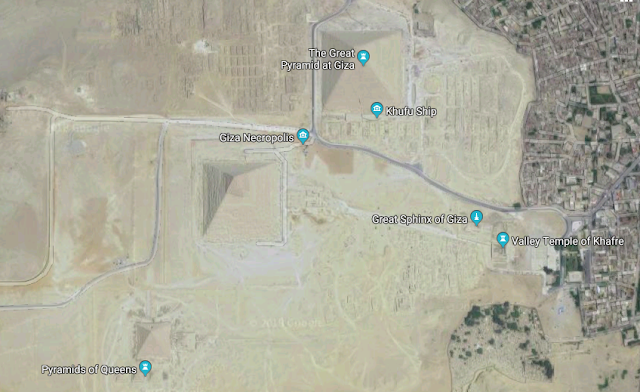 This map from Google shows the positions of the three large pyramids and the Sphinx. 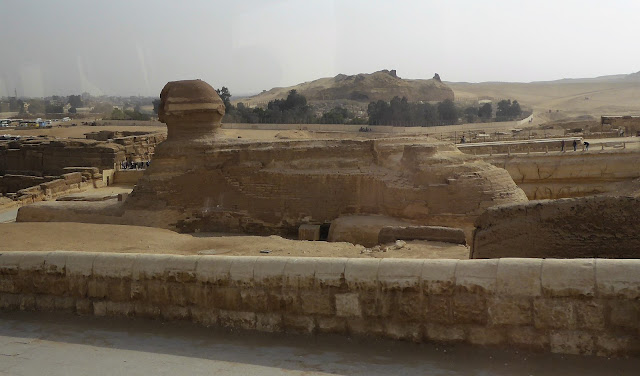 The Sphinx is at a lower altitude than the pyramids. 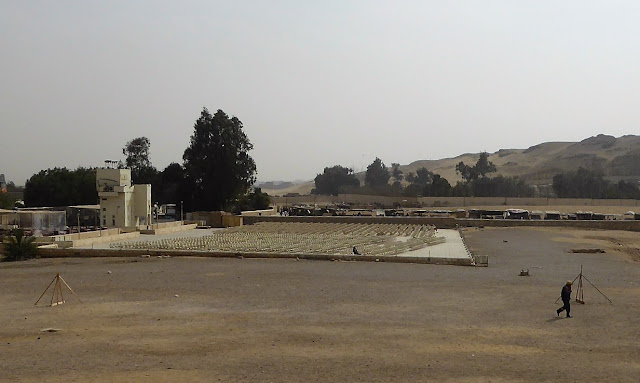 Seats in the viewing area for the sound and light show. 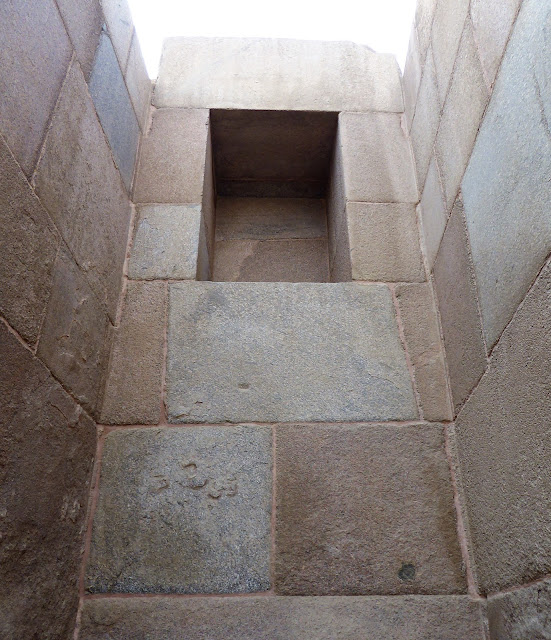 Part of a gate structure you pass through on your way to view the Sphinx. 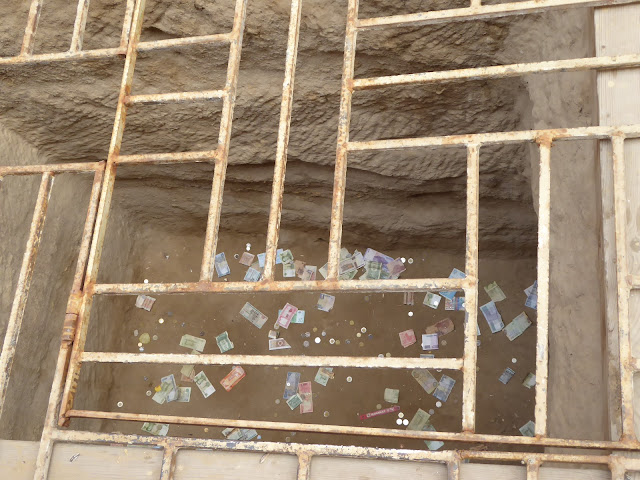 Our guide reckoned that there was a theory that throwing money into this pit would bring good luck to the guards who empty the pit. 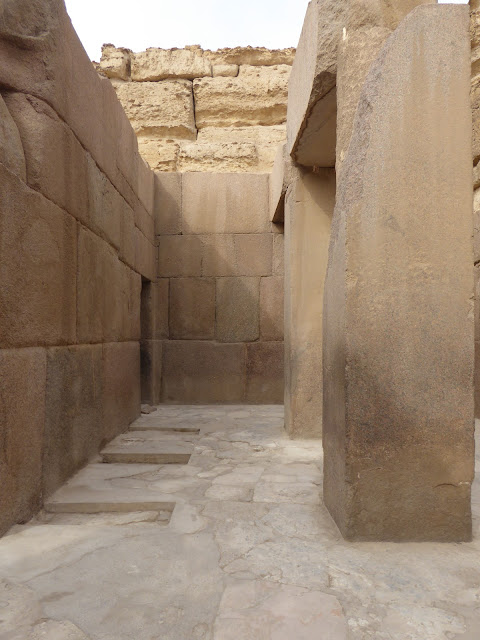 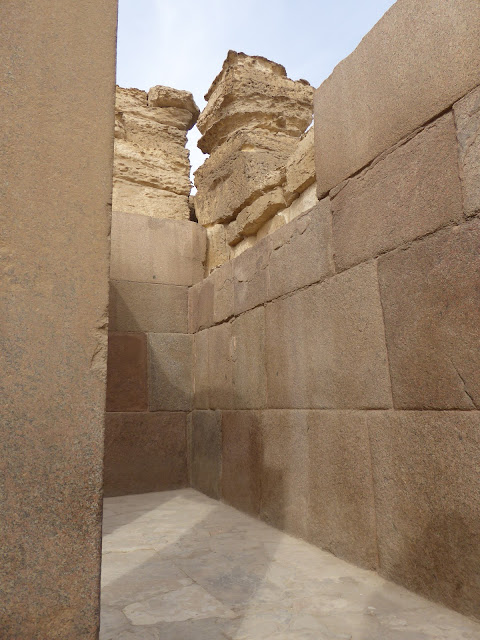 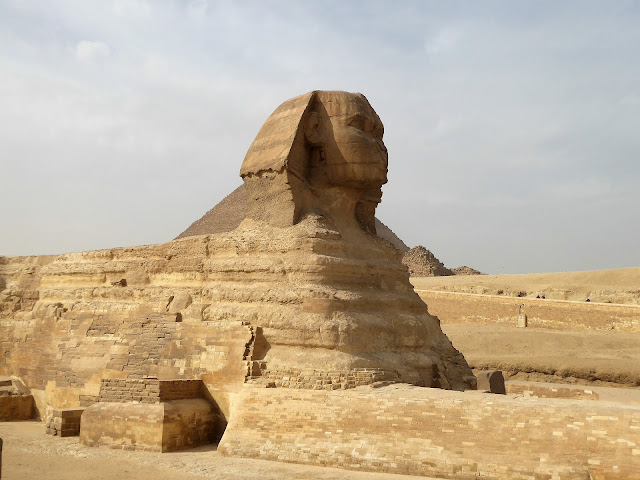 So there it is, still looking inscrutable. 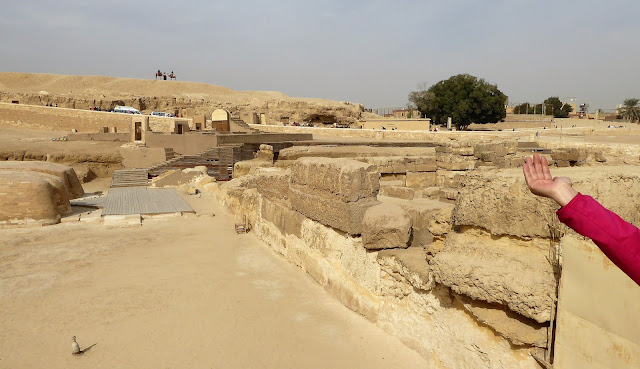 There are some photos taken in WWI of Australian soldiers posing in front of the Sphinx. I took some photos to try to subsequently work out where the soldiers actually stood and where the photo was taken from. I liked the arm poking out into the photo. 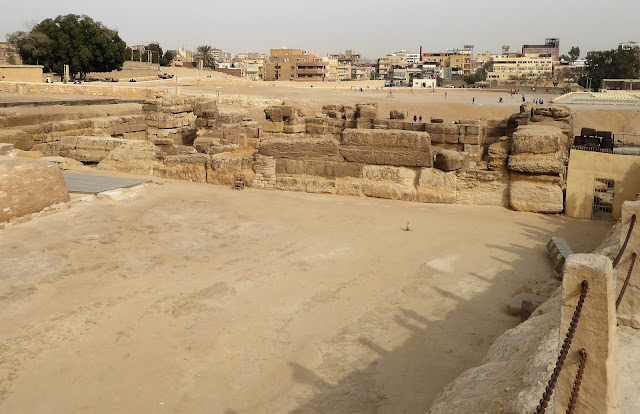 I think one of the photos was taken from the top of the structure which formed the entrance to the viewing area. Back then, there were no admission fees. You just turned up and looked at the thing. 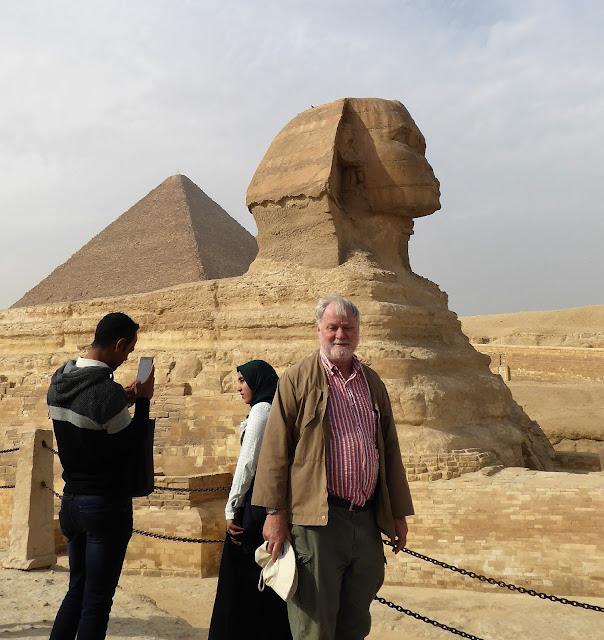 Yes, documentary proof that I saw the Sphinx. 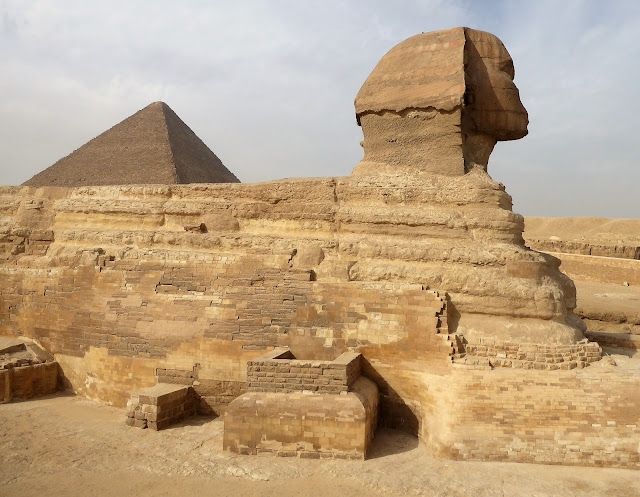 Most photos of the Sphinx concentrate on the face. I tried to take some that showed more of the sides and legs. 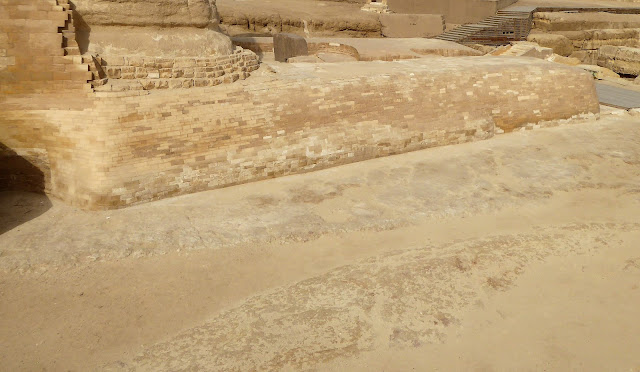 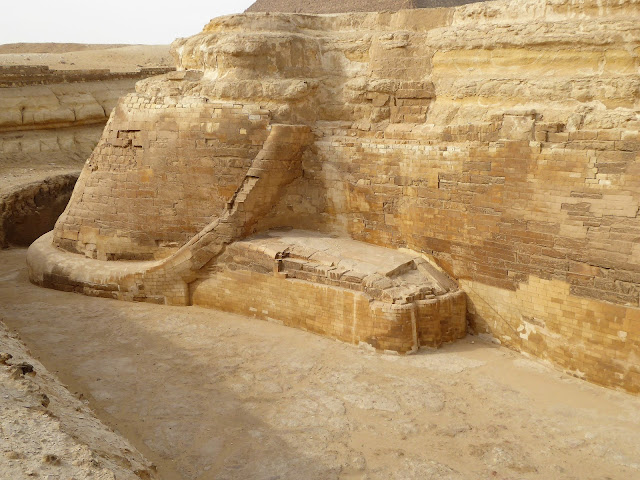 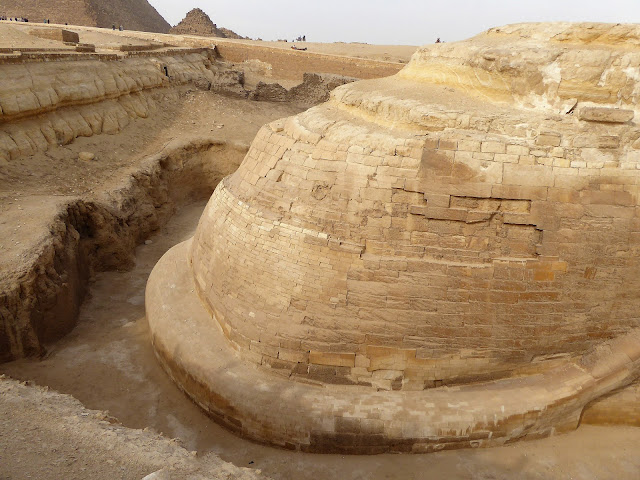 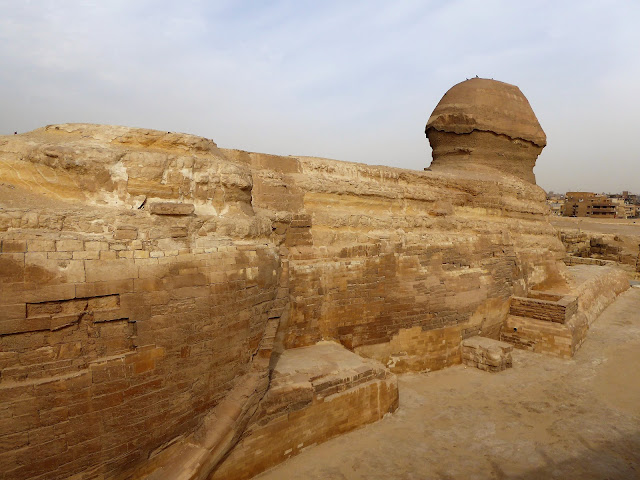 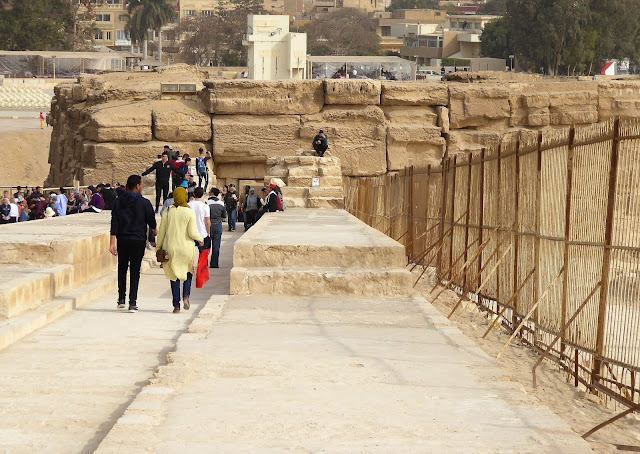 Fortunately it was not very crowded. The tourism business has dropped massively and this has affected restoration projects which are largely funded by selling entrance tickets. 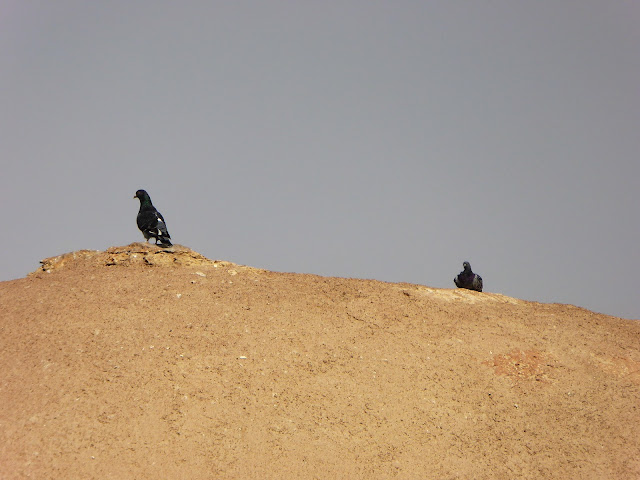 A couple of birds on the head of the Sphinx. 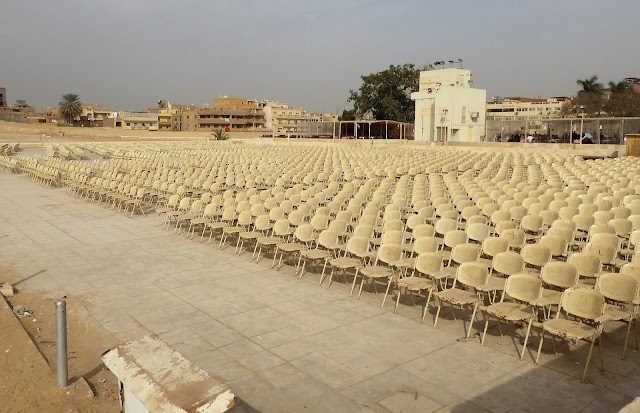 These seats are featured in the James Bond film, 'The Spy who loved me'. It's also the location where Jaws makes an appearance with his steel teeth in action. 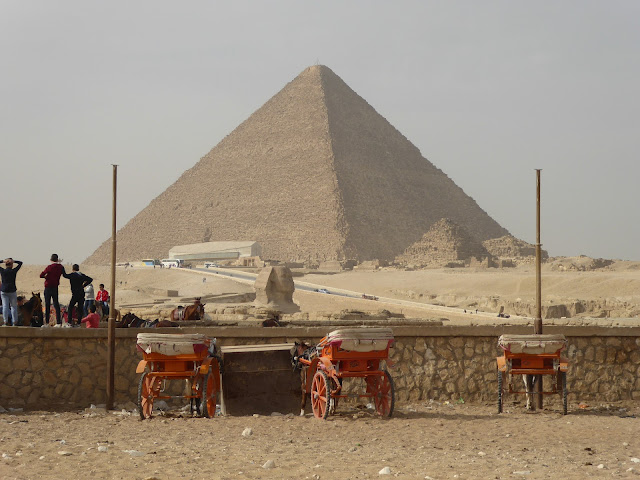 I'm pleased I finally got to see these famous sights. They are truly incredible. 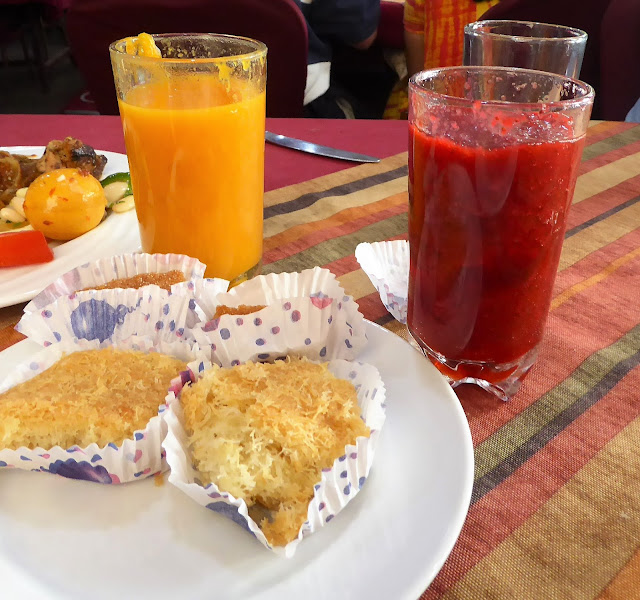 We were taken to lunch with yet another buffet. One of our group got sick after the meal but I survived and had some of the best drinks I have ever had. On the left is freshly squeezed / pulped mango and on the right, the strawberry version. Delicious and those strawberries definitely did not come from California in winter.