The Temple of Luxor

Luxor used to be known as Thebes and was at one time the capitol of Egypt. There are numerous important sites in the area and we were due to visit several of them. Before we went to dinner we visited the Luxor Temple. 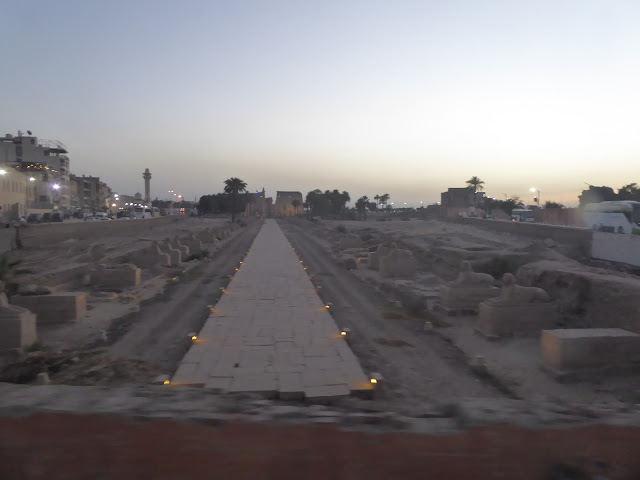 At one time there was an avenue lined with human headed sphinxes that stretched several kilometers to the temples at Karnak. The avenue is now covered by buildings and houses and there is a plan to demolish them and restore the avenue. Michael said it will take decades. 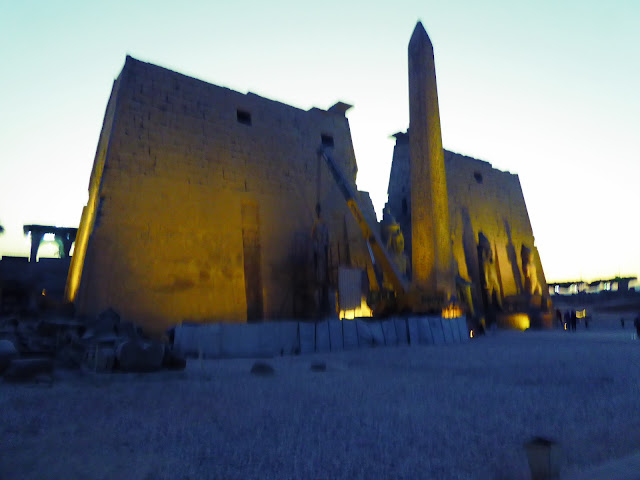 It was getting dark so the structure was illuminated. 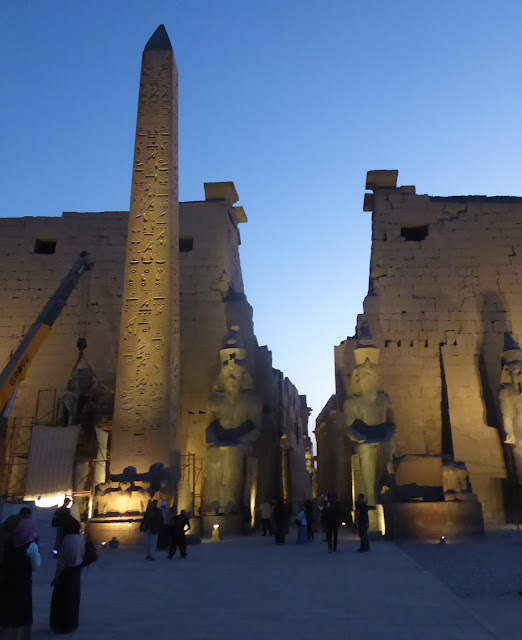 There used to be a matching obelisk but in 1833 it was moved to Paris where it sits in the Place de la Concorde. Both statues at the front are of Ramesses II. You might remember him from his statues at Abu Simbel. 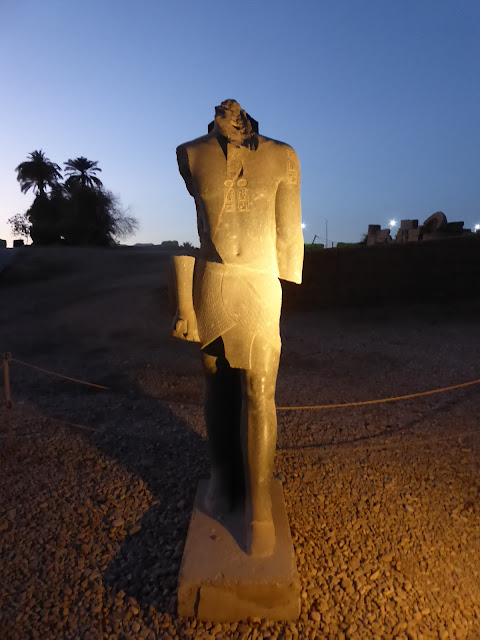 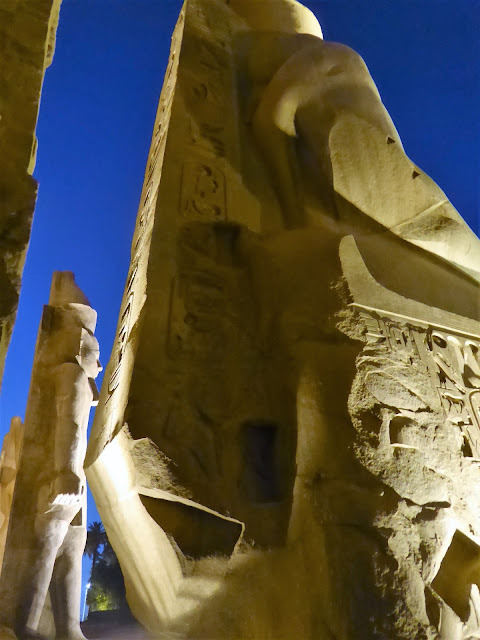 The rear of the right-hand statue. 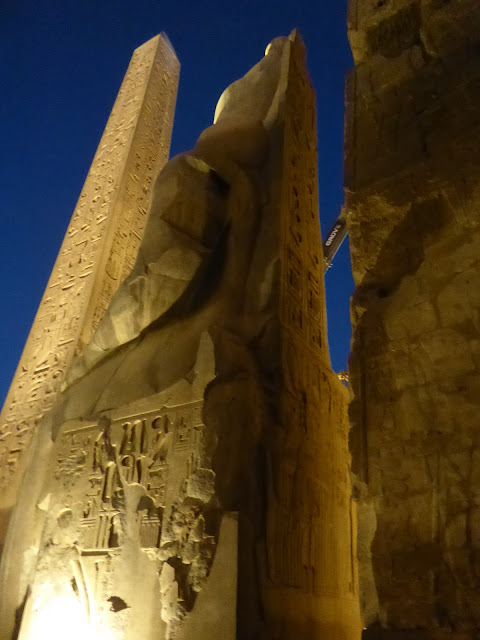 The rear of the left-hand statue. 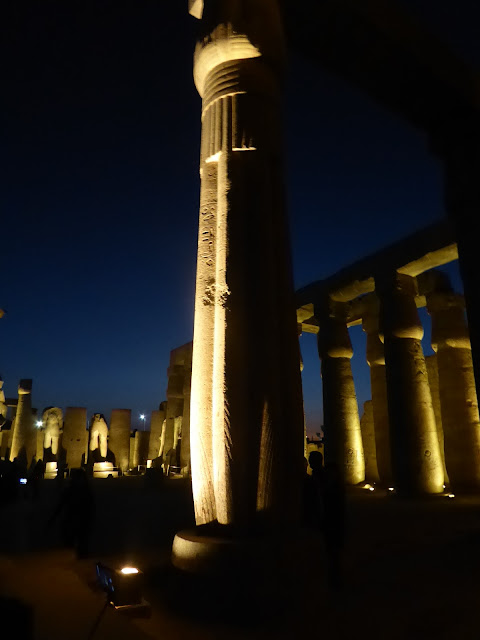 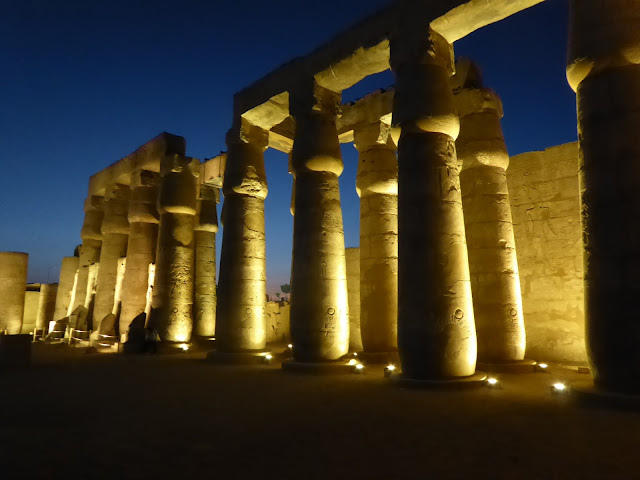 The columns looked quite mysterious lit up at night. 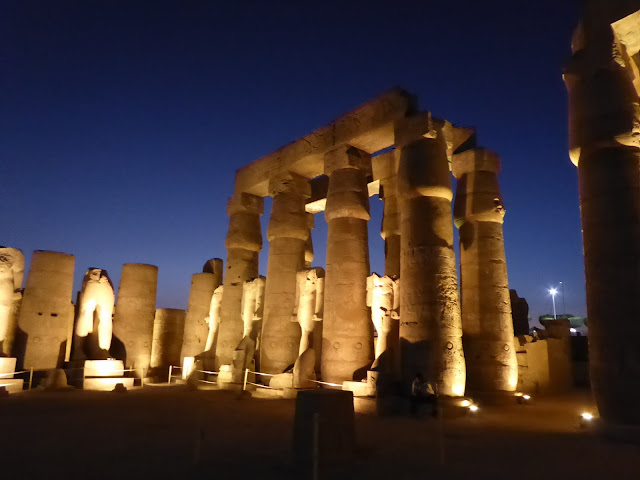 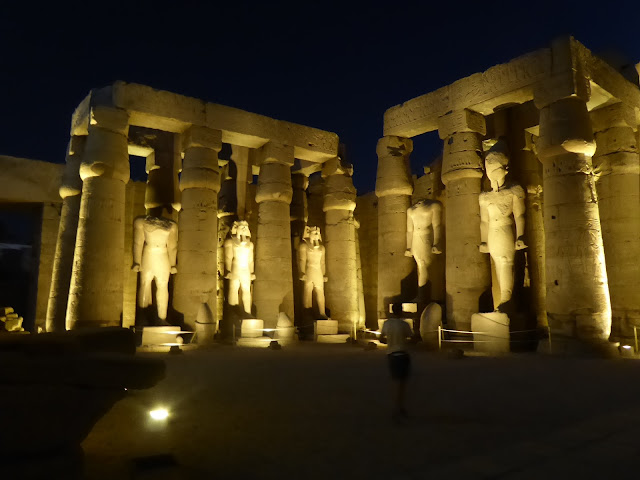 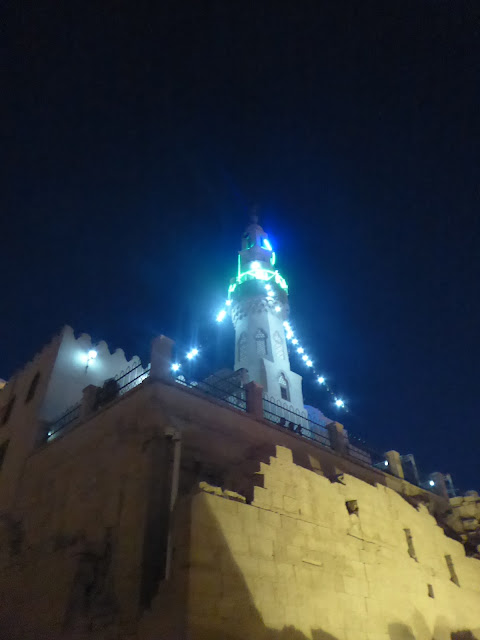 There is a mosque which was built on top of the temple when it was covered by silt and sand. 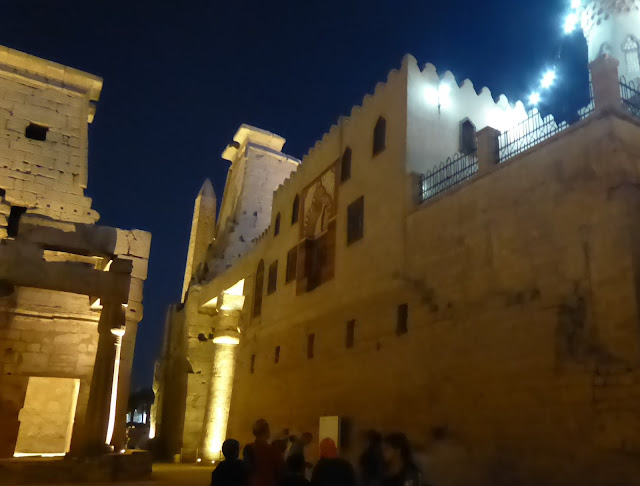 The wall on the right shows how deep the silt and sand was before it was removed. Remember we are talking about centuries of neglect. The silt and sand helped to keep many structures from ancient Egypt safe from total destruction since they were mostly buried. 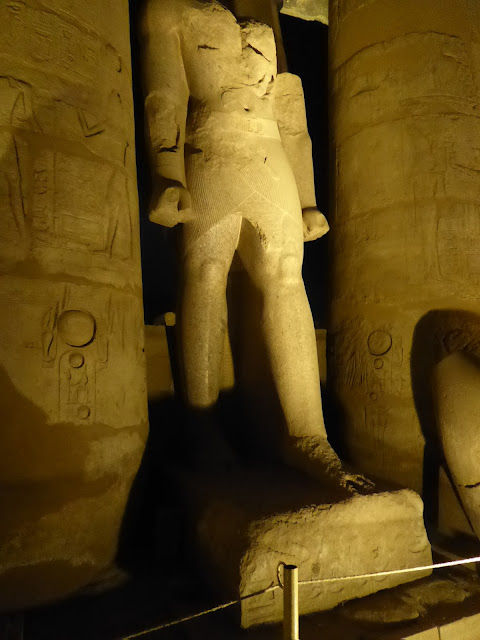 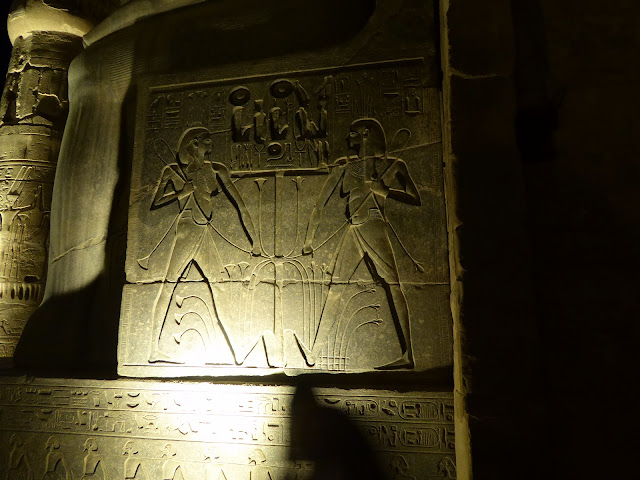 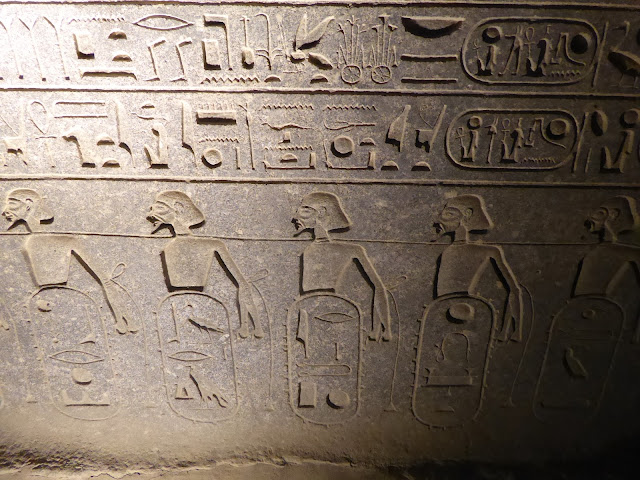 Enemies of Ramesses II tied up after their defeat by Egyptian forces. The ovals beneath them are cartouches and depict the country or area they came from. 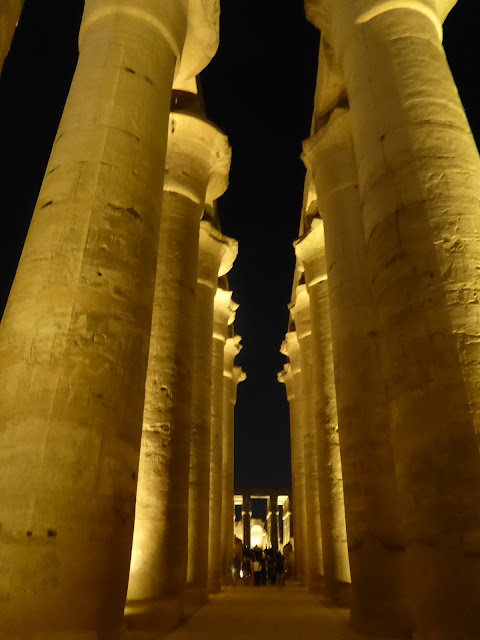 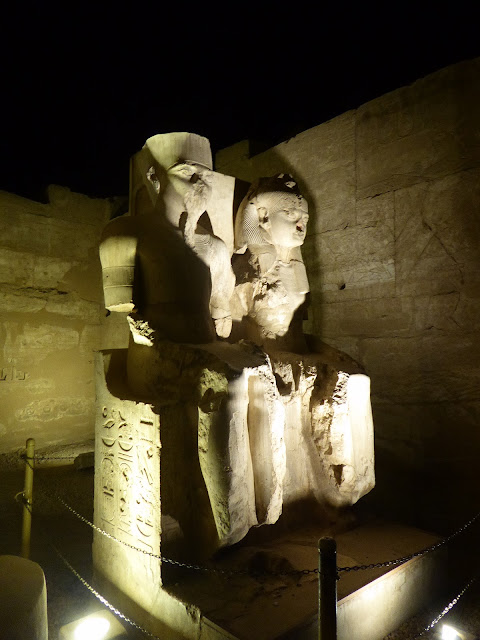 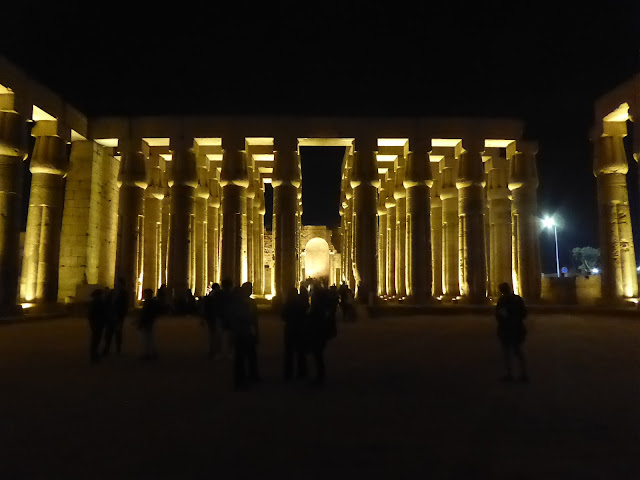 Eventually we entered a large courtyard and this vision took my breath away. It was magical and mysterious. The high-light of Egypt for me. 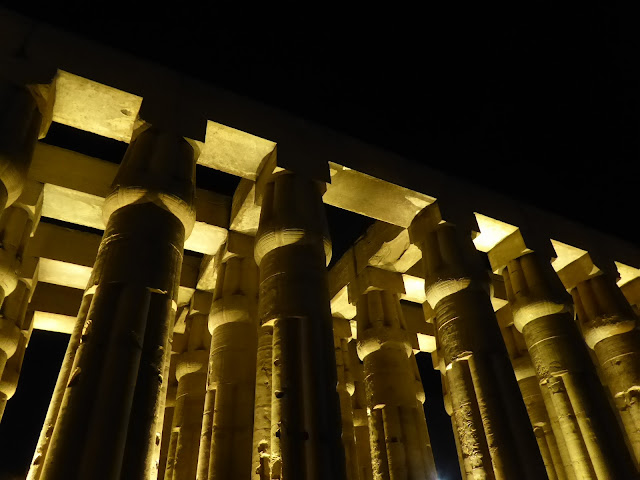 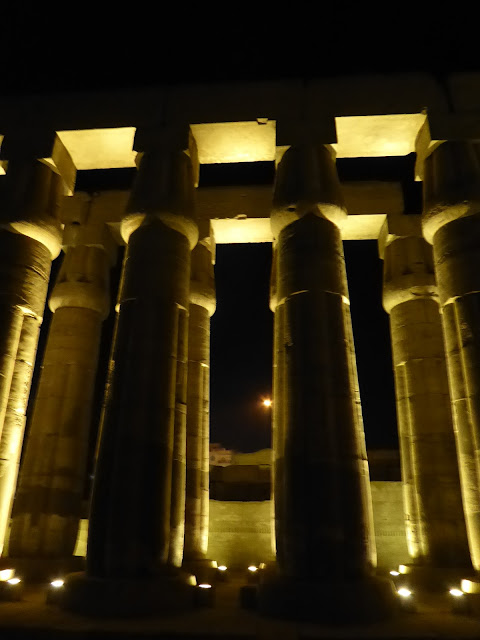 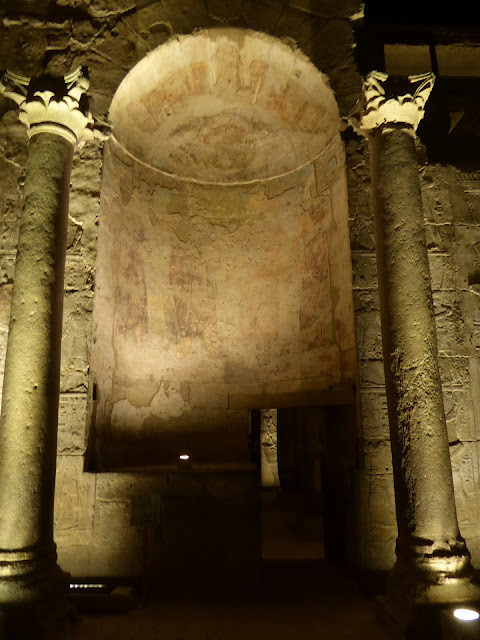 The Romans and early Christians were subsequently here as well. 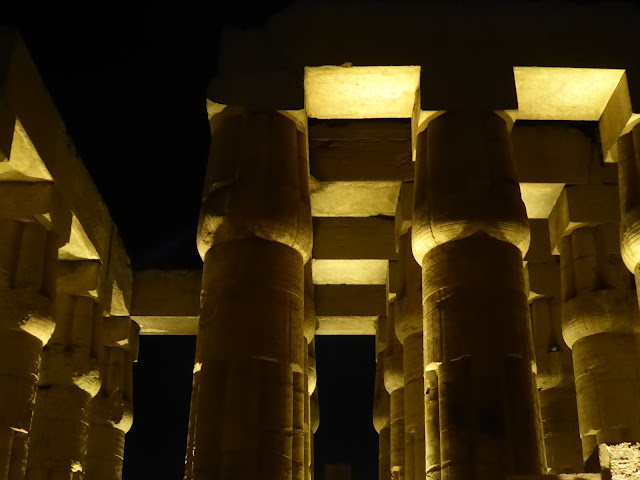 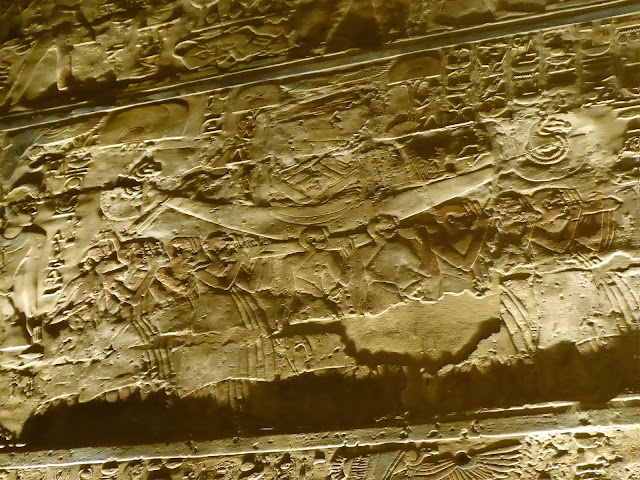 The boat theme again. Barques would be carried in procession along the path to Karnak. 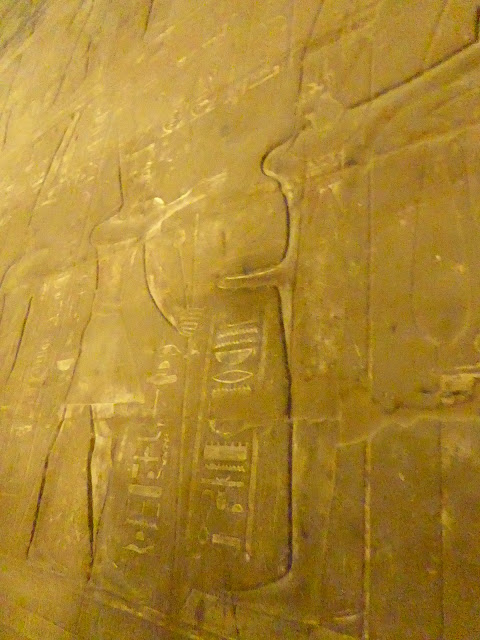 This carving is all about fertility and if you look closely you will see why. 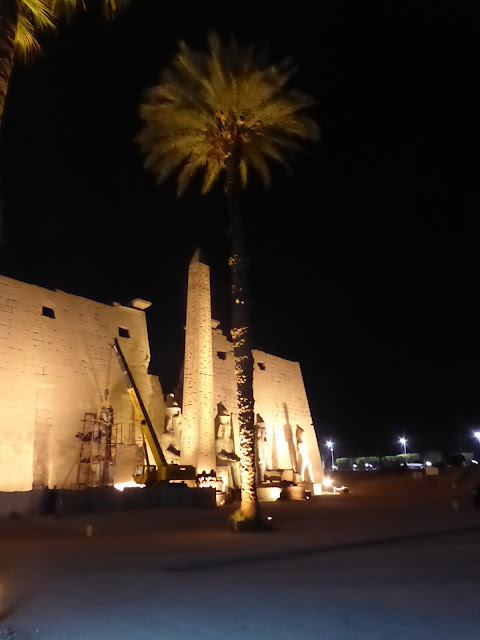 It was a wonderful sight and I am glad we looked at  it after dark. It probably would have been less visually interesting during daylight. 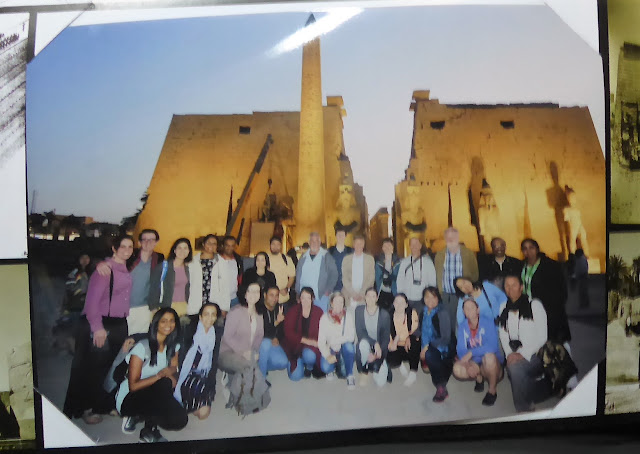 A hawker took a group photo and some of the group bought copies.