Because we have been eating at home since we arrived, we decided to go to probably the best restaurant in Selestat, the Old Tower. 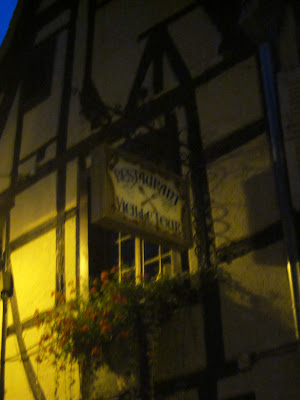 It's in a secluded part of the old city, but easy to find. Here is the fixed price menu. 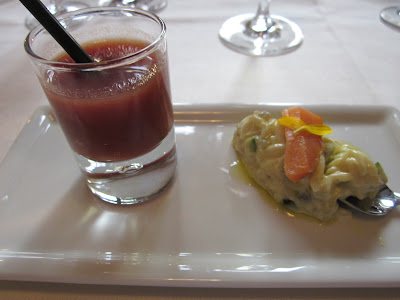 First they brought each of us this appetizer that was not on the menu. In the glass was a very intense gazpacho which you used a straw to drink. The white blob was some sort of orzo in a creamy sauce with a piece of salmon on top. Whatever it was, it was delicious.

That's the great thing about eating in Europe. Sometimes you don't really know what you are eating, but it tastes so good you don't care. 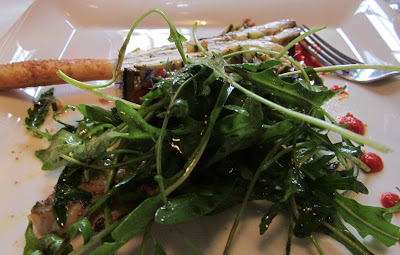 We both had the filet de rouget which was a piece of mullet lurking under the greenery. Hiding behind the bushes was a slab of a terrine type thing with alternating layers of a green vegetable and what I believe was a fresh goat cheese, similar in consistency to Philly cheese. 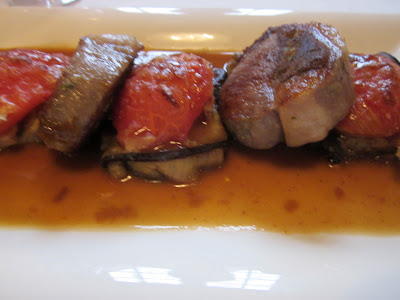 I had the lamb (Selle d’agneau) for my main course. The lamb was wonderful and the tomato and zuchinni was delicious. 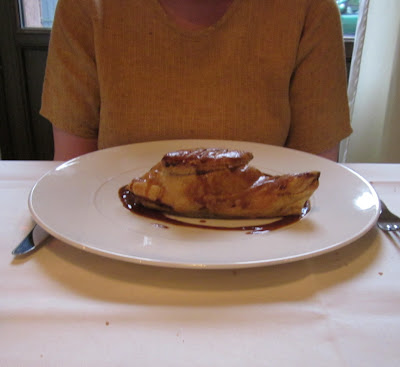 Marianne had the quail in puff pastry ( Les filets de caille en feuilleté) and she seemed to enjoy it. 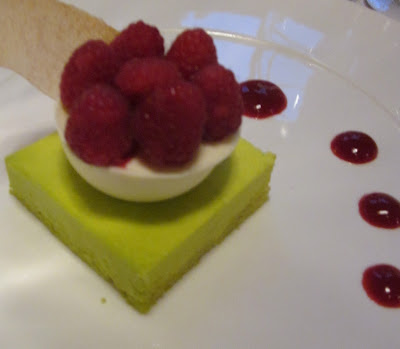 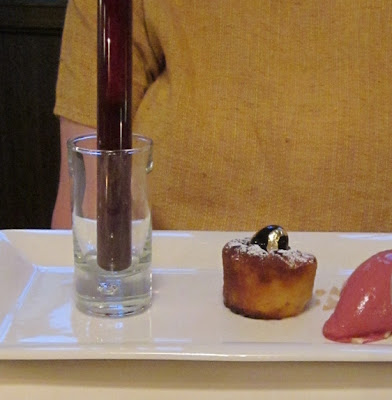 Marianne had the cherries. On the left was a test tube of intense cherry juice. In the middle was a cake thing that had been soaked in cherry juice. On top was a cherry with some gold stuff on it and the cherry had been soaked in something for sometime and apparently was really delicious. The pink blob on the right was a cherry flavoured sorbet. And yes, it was a chemistry test tube.

We could have had a cheese course but we've been having lots of cheese for lunch. Besides, this all was quite filling even without the cheese. 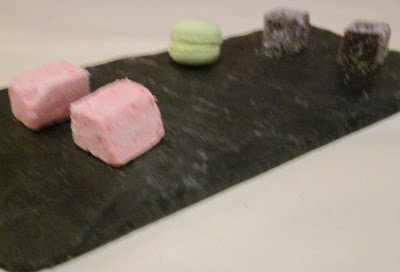 Finally out came a couple of pieces of pink marshmellow, a green thing with some sort of cold liquid inside and then a thing like a Turkish delight but with a plum flavour. The black slab underneath was a piece of slate.

So it was an interesting and delicious meal. To drink we started off with a glass each of the local bubbly, cremant d'Alsace which is a pretty good substitute for champagne. Then we followed up with a carafe of local pinot noir and I noticed that most other guests were  having a carafe of wine as well. 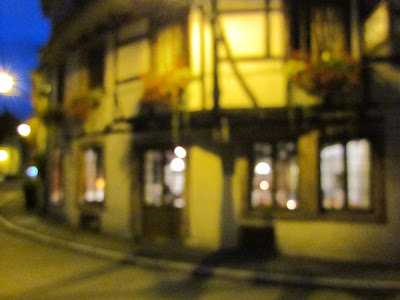 A somewhat blurry photo of the restaurant after we left. The service was efficient and friendly. 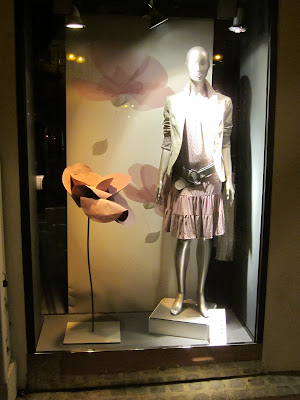 Part of the fun is walking home after the meal and Marianne was intrigued by this dress and thing next to it. 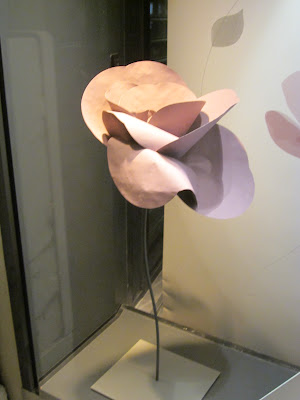 Perhaps it was a hat. 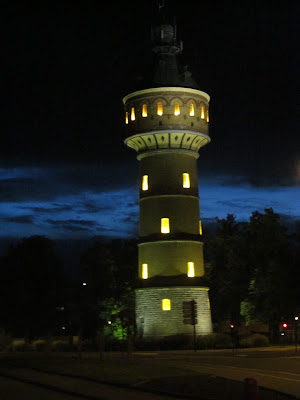 The water tower lit up. It was not quite dark so it was still easy to walk around. 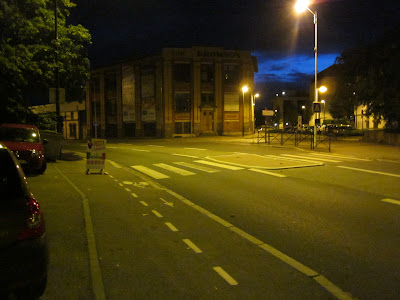 Why do we have a photo of a pedestrian crossing? I tend to walk faster than Marianne and she lags behind a bit. Consequently when we arrive at a crossing, I have to wait a few seconds for Marianne to arrive. This is not a problem for me, but it is for the car drivers who automatically stop if they see a person standing waiting to cross. I have learned now to keep a few paces a way from the crossing till Marianne arrives.

I can be trained.