It's only a couple of miles from Selestat to the nearby village of Kintzheim. We had actually driven up through the village on the way to Haut-Koenigsbourg which we were planning to visit because it was such a nice morning. Unfortunately everybody else had the same idea since the parking lots were full and there had to be thousands of people there. We decided to go back to Kintzheim and check it out and save Haut-Koenigsbourg for another day. That's the advantage of staying in the same place for three weeks. 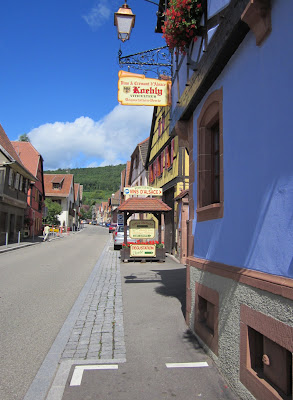 Kintzheim lies on a hill side and the surrounding area is full of vines. Down on the plain near Selestat and the Rhine River, the main crop appears to be corn. This appears to be about the northerly boundary of the Alscae wine growing area. We were going to taste some wines but it was almost lunch time so we decided to come back another day. 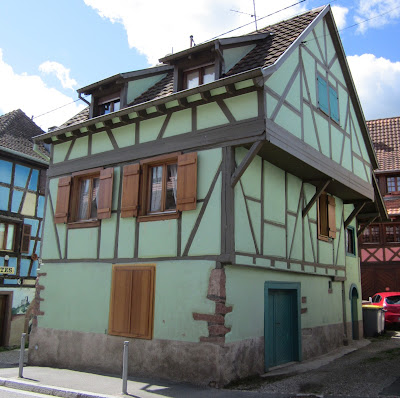 Many of the towns in the area have a name that ends with 'heim' which means 'home' or 'farmstead' in German. Selestat is only 10 miles away from Germany and control of the area has switched between France and Germany several times over the centuries. 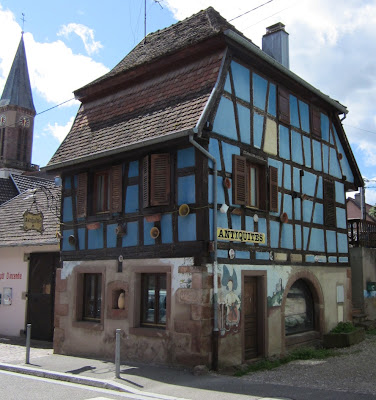 So a whole bunch of brightly coloured half timbered houses. We are still not bored by them. 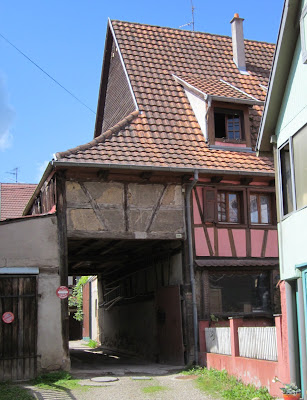 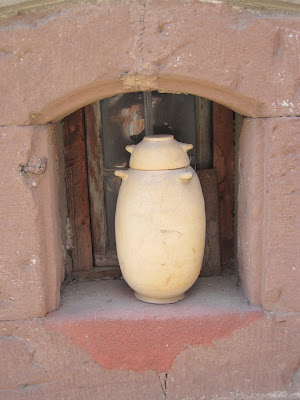 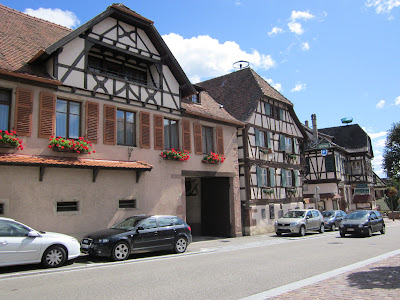 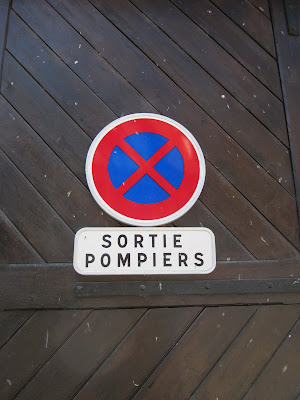 Pompiers are the fire brigade. 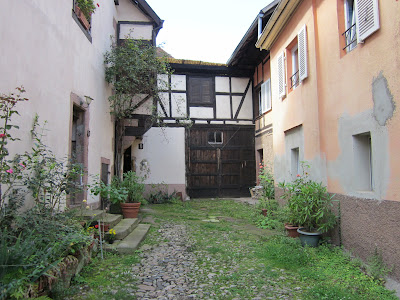 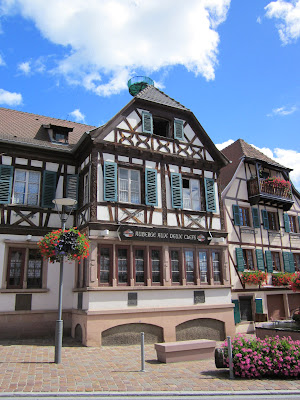 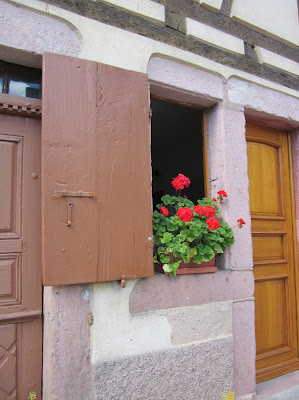 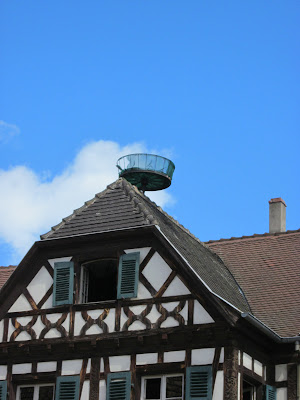 A stork's nest.
The stork is a main feature of Alsace and was the subject of many legends told to children. The bird practically disappeared around 1970, but re-population efforts are continuing. They are mostly found on roofs of houses, churches and other public buildings in Alsace. 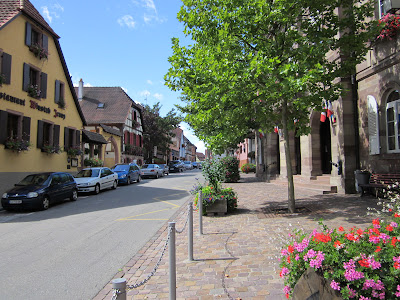 The main street that heads south to the even more touristy town of Ribeauville. 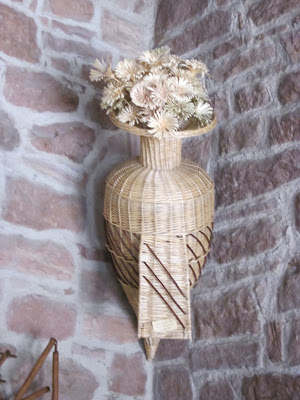 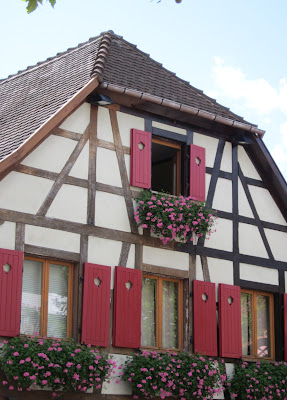 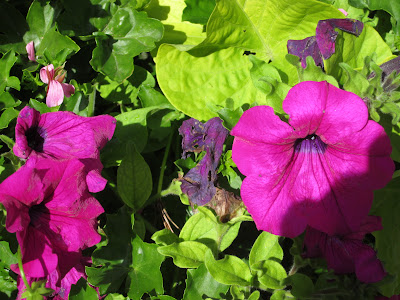 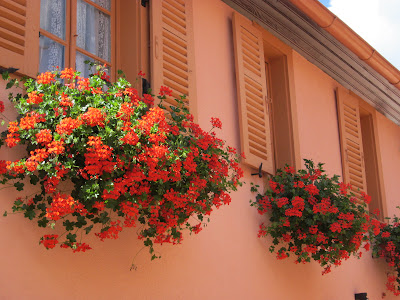 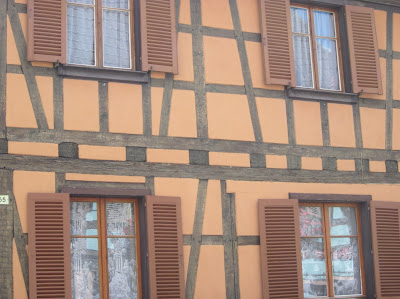 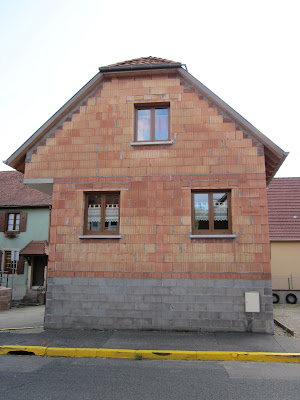 This looked very out of place. 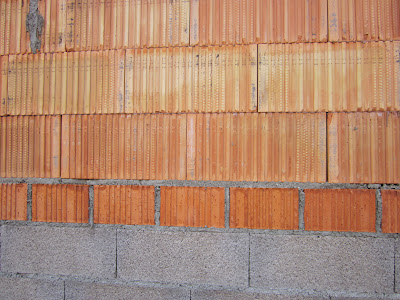 But what we were seeing was what lay below the stucco. 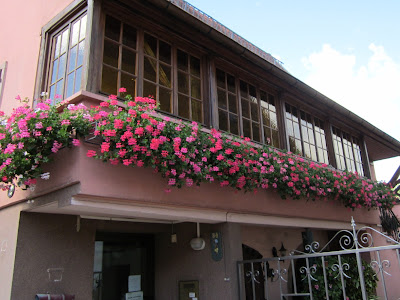 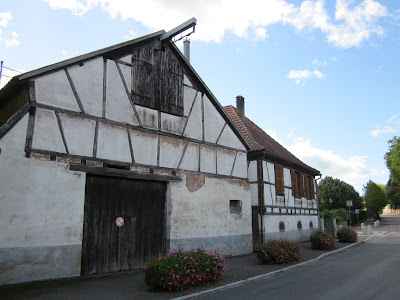 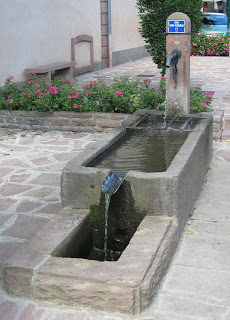 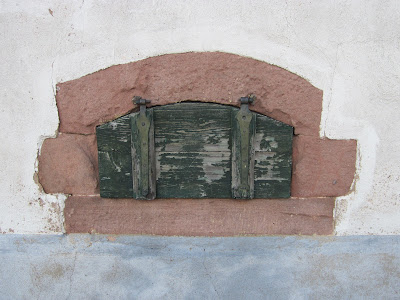 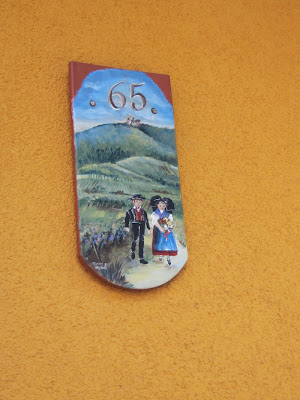 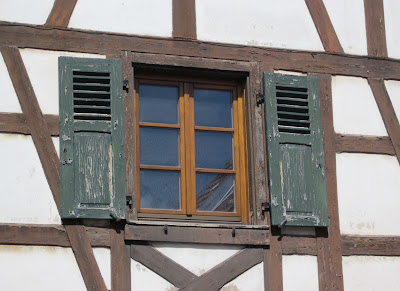 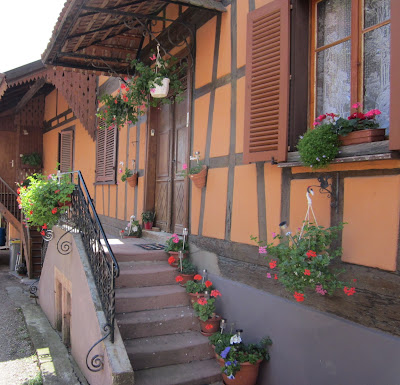 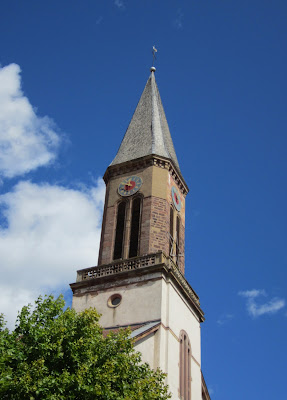 A very pleasant place to stroll around for an hour or so. There are quite a few restaurants that serve traditional Alsatian food so we may come back again to have dinner and sample the local wine.