The drive to the Rhine

No, this is not Patton Perry careening around Alsace in a tank, but a quiet drive east from Selestat to the Rhine River which is only a few miles away. It had been raining in the morning so we delayed the drive until the afternoon. 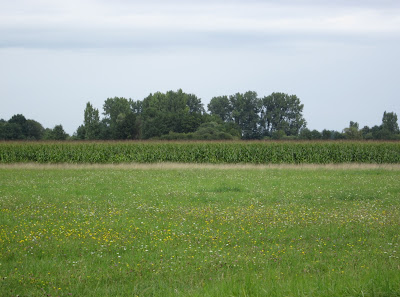 It's basically a plain in this area with mountains to the west. The principle crop is corn and occasional fields of sunflowers. 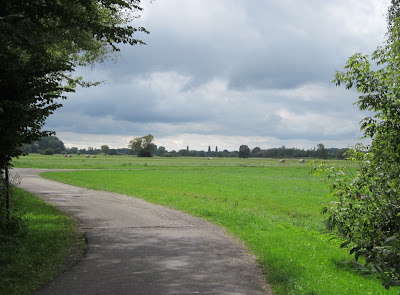 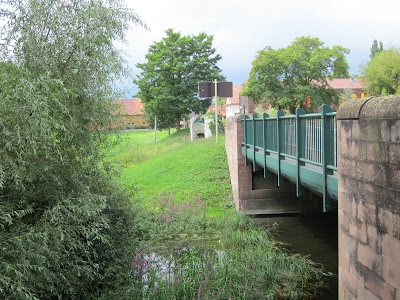 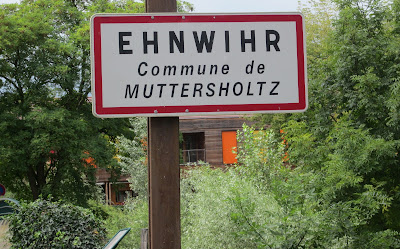 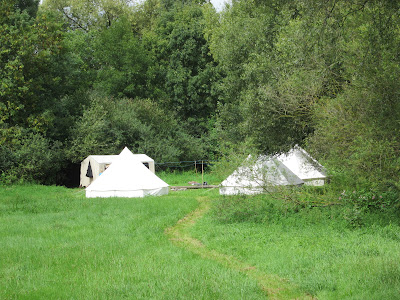 We stopped here because I saw these tents out of the corner of my eye as I drove over the bridge and fortunately there was a pull over spot for the car. It looked like a bunch of boy scouts were camping. 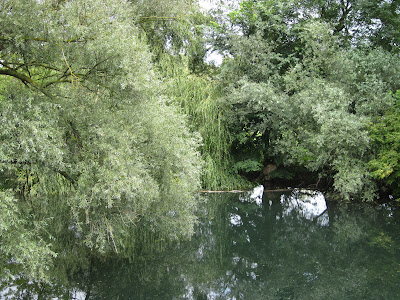 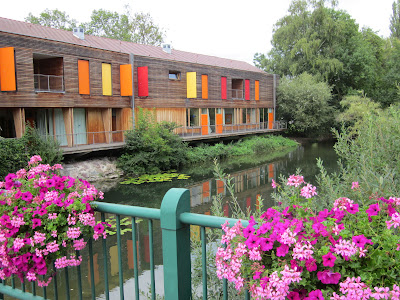 This was some sort of ecology center. 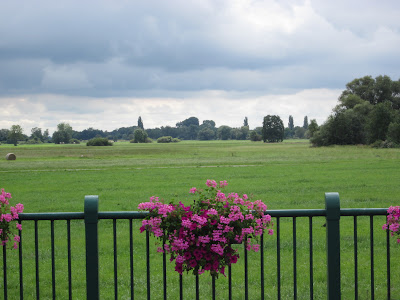 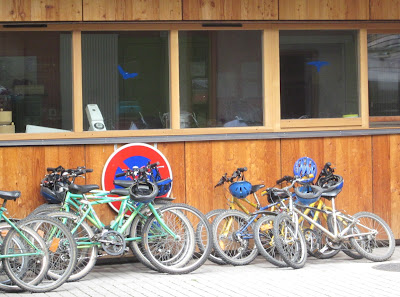 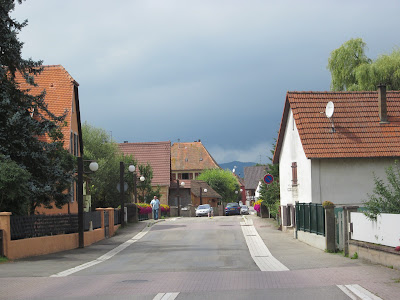 The main street. This is actually a suburb of a bigger village called Muttersholz. 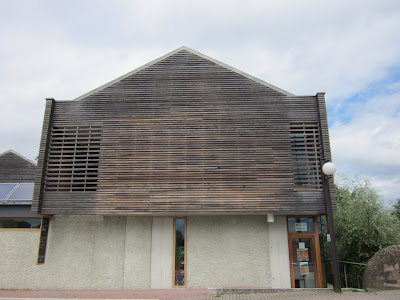 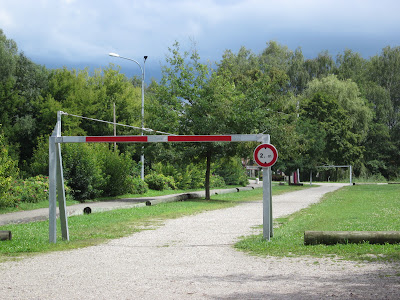 The French have an interesting way of ensuring that trucks and buses cannot use certain parking lots. It's simple and it works. 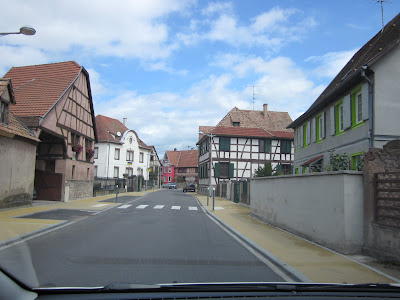 The half timbered houses are not just in the big name tourist villages. They are everywhere. If you could transport a very small village to Australia or the US, it would be a major tourist attraction. Here, it is just another village. 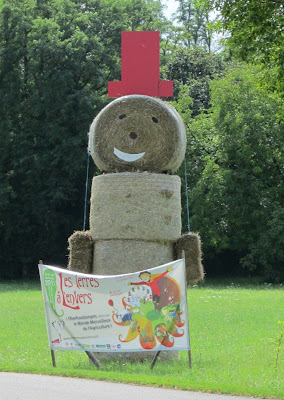 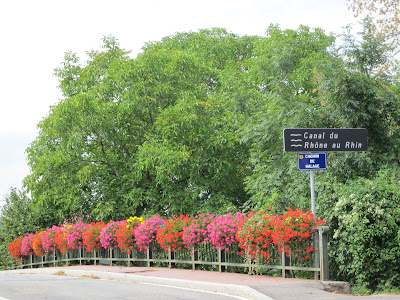 A bridge over the Canal from Rhone to Rhine, one of the many in France. 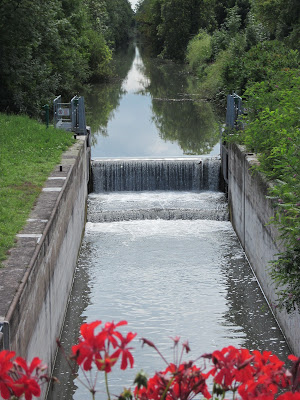 It was Monday, August 15 and Assumption Day. Everything was shut, even the bakery in the morning. We had some stale bread for lunch. Also shut were the canals which are operated by lock keepers. 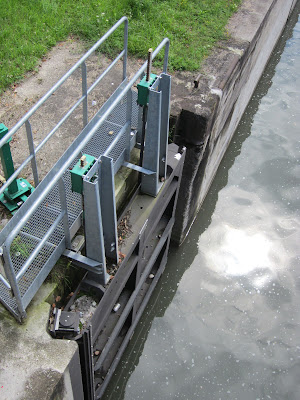 You could tell the canals were not in operation because the lock gates were open at each end. 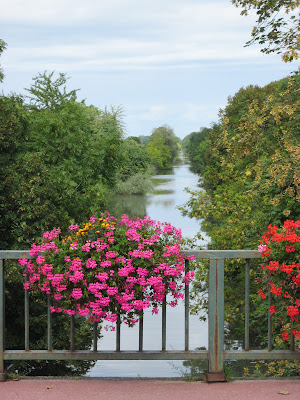 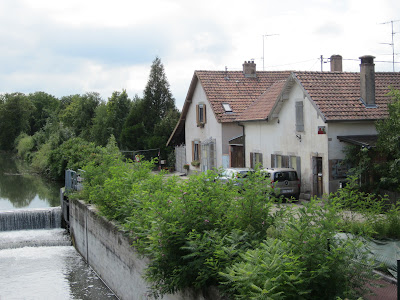 I presume this is the lock keepers house. 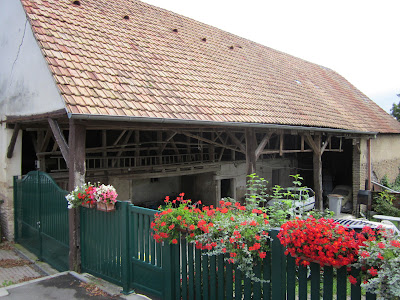 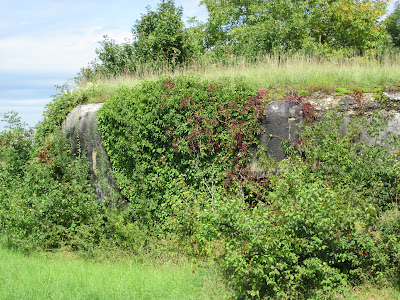 As we got closer to the Rhine, we came across this bunker which presumably was part of the Maginot Line. Later, we came across another similar bunker that we could tour and that is in a separate blog. We were only a mile or so from the river at this stage. 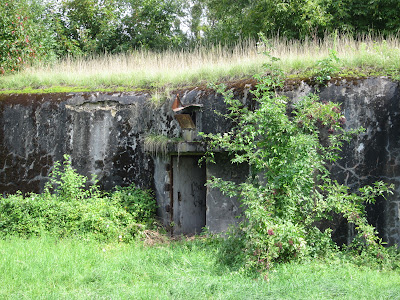 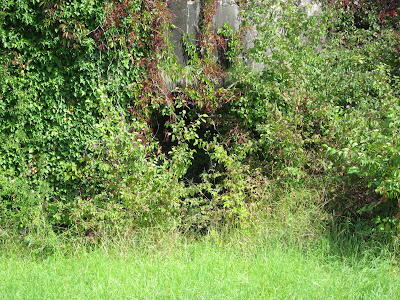 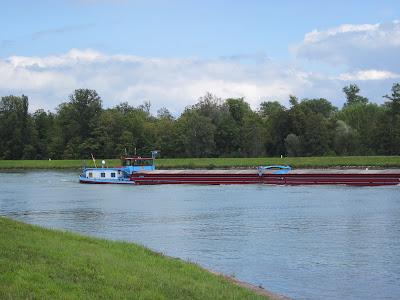 When we got to the road that ran beside the Rhine, we could not see the river. We drove south and the road reminded us very much of the road that runs beside the Susquahanna River near Port Deposit. Eventually we came to a turnoff that led to a viewing point. 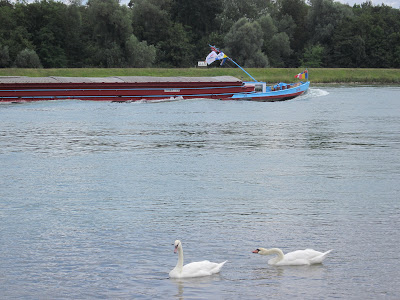 A barge on the Rhine with a couple of swans supervising. 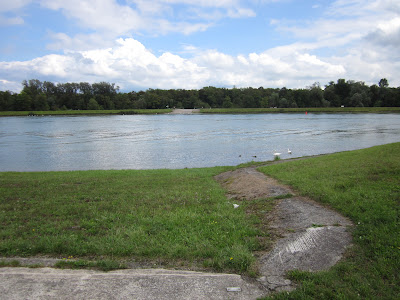 This seemed to be some sort of crossing or launching area on both sides.

So we reached the Rhine which is not really all that impressive at this point. It's much better downstream in Germany. Still, we enjoyed the drive and it was interesting to see France with virtually no activity because of the holiday.