It struck me that though I have done well over 100 blogs for various parts of the world, I have not done a blog for the town of North East. 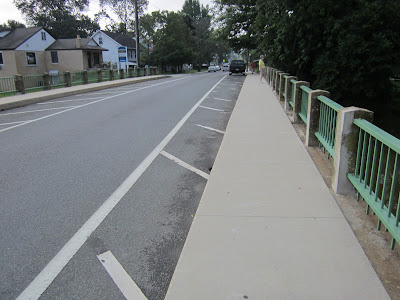 The bridge over the North East River heading south on Rte 272 into the town. 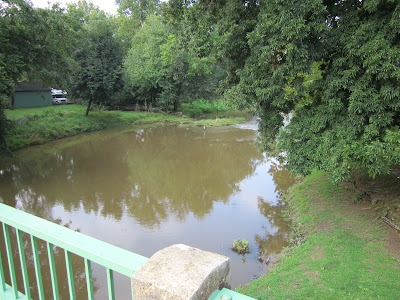 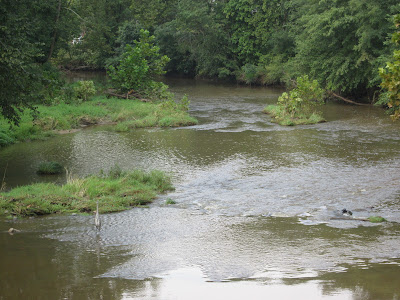 The river itself. It looks peaceful enough but after heavy rain, the river floods and sometimes the main street floods as well. Occasionally when there has been enough rain in a short time, the bridge has almost submerged. The northern tip of the Chesapeake Bay is just a few hundred yards away. 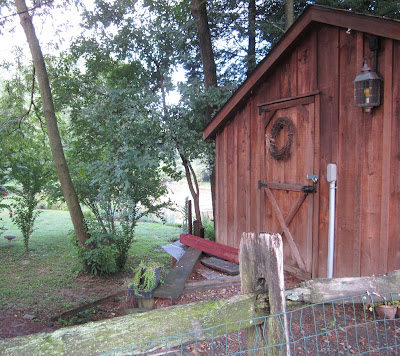 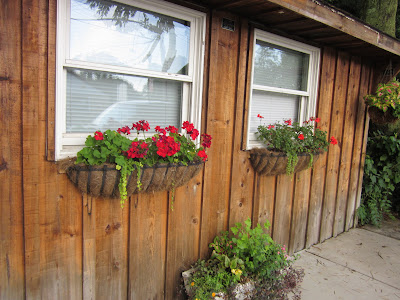 Alsace is the not the only place you can find geraniums in flower boxes.

Our bank on the corner of Route 272 and Route 7. Back in colonial times, everybody would have passed this way on their way from Baltimore to Philadelphia. George Washington, Ben Franklin, Thomas Jefferson, they all passed this way.

One Saturday about twenty years ago as we were driving home, there seemed to be a bigger backup of cars than usual and I wondered what the cause was. When we arrived at the corner we could see three representatives of the local branch of the KKK in their costumes, green, white and purple, the long pointed hats and all. They were just finishing their demonstration. Prior to WWII the county population was like most of the other counties in the area. However Cecil County became the site of several munition factories and a large number of people were imported from the Tennessee area to work in the factories. They tended to settle in the north west part of the county near the town of Rising Sun and they also brought the KKK with them. Increasing prosperity has see the demise of the KKK but I presume traces remain.

On the other corner is Pier 1, a popular diner particularly for breakfast. 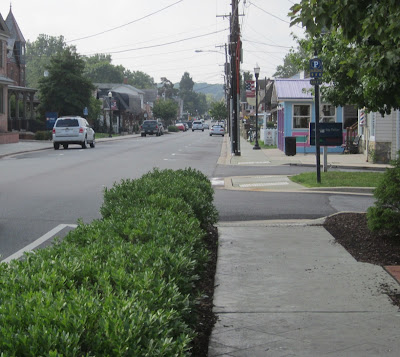 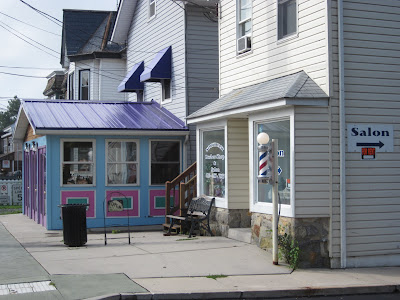 Barber shop and a cafe. 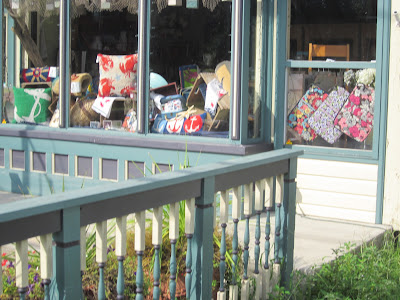 The town has a bunch of antique stores as well as the usual nick-knack shops. The very popular Woodies Crab House. It's one of those places where the tables are covered with brown paper and you throw the shells of the complimentary peanuts on the floor. This place is very popular and not particularly inexpensive any more. The crabs are served hot with a coating of Old Bay seasoning. There is a video on the website where Pete Wood shows you how to eat a crab. It can get a bit messy so don't wear your Sunday best.

Drink beer with crabs, not wine.

A few miles south on Route 272 is Captain's Crabs where you can get all you can eat small crabs for $15.99 and beer is $2 a bottle. You sit outside at tables with sand at your feet and it's quite an experience. 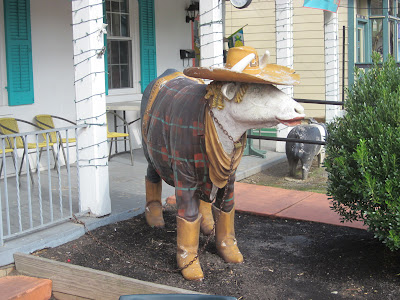 Several years ago there was a competition to dress up several elk statues that were auctioned off for a good cause and scattered around the county. One of the entries dressed the elk as a lady of the night and it caused an absolute furor. Most people thought the costume was hilarious but the wowsers in the county were appalled. The elk was named Gertie and was even kidnapped at one stage.

This elk disguised as a cow outside Woodies did not cause any uproar. 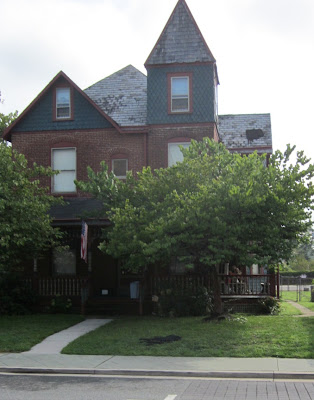 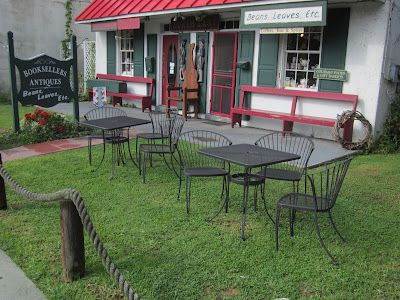 Beans, Leaves etc where you can get spices and a good cup of tea or coffee. 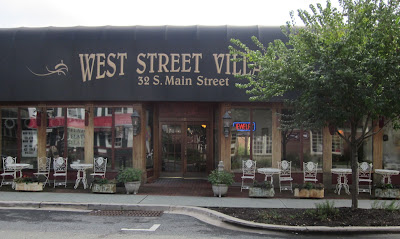 When we first arrived back in 1984, North East was very quiet and not very fashionable. This building changed everything. Behind the central doors is an arcade and several arty stores moved in. This became popular with the little old lady tourists and soon a bunch of other shops moved in. 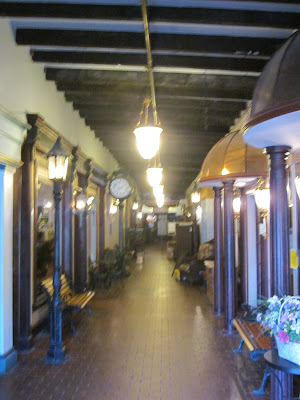 The arcade. There is a reasonable turnover in shops as once the shop becomes established, I am told the owner raises the rent and the shop owner leaves. 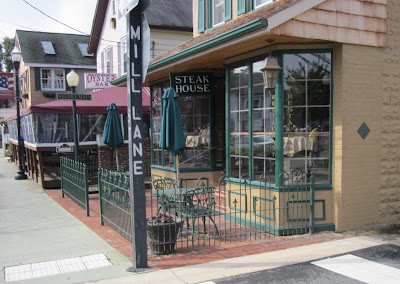 Steak on Main, the best restaurant on the street. They also have a bar where I occasionally have a drink with a friend. 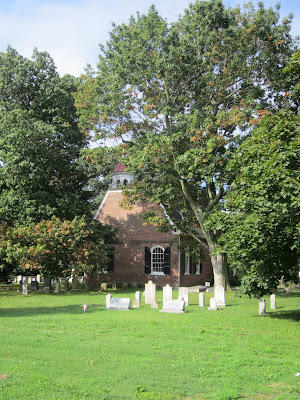 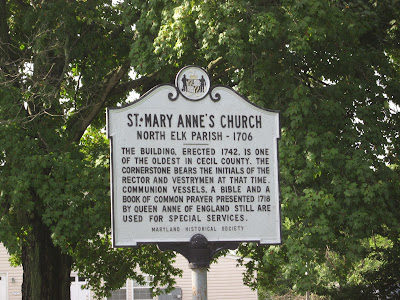 Finally, across from the Post Office,  the major land mark of North East, St Mary Anne's Church from 1706. Be sure to take a walk through the graveyard and peer in the church windows if you can't get inside. It really is a beautiful little church.