Just some photos of the aftermath of Irene. Fortunately we experienced no damage at either our house or the house in South Dennis. We drove up to SD today and there seemed to be more wind damage in Maryland though SD was much closer to the eye of the hurricane. 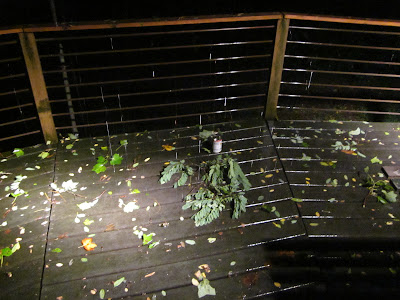 I put a tin can about 8:30pm to see how much rain we would get. I estimate we had about an inch of rain already. We finished up with four inches in the can. 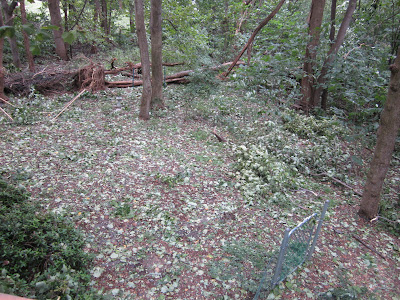 The next morning the rain had stopped but it was still quite windy. There were quite a few branches down and one large tree off to the left had fallen over. Leaves everywhere of course. 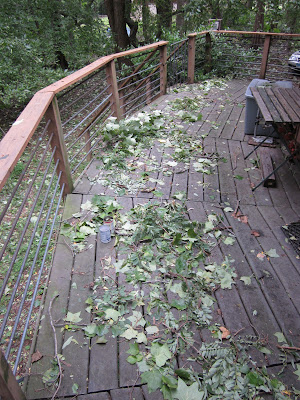 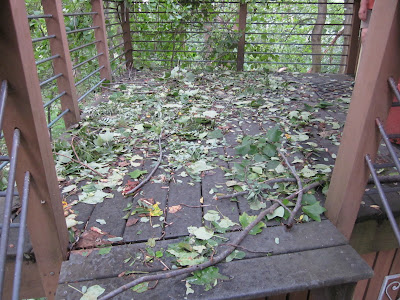 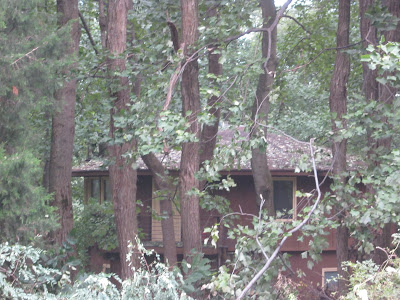 Leaves covered the roof of course. 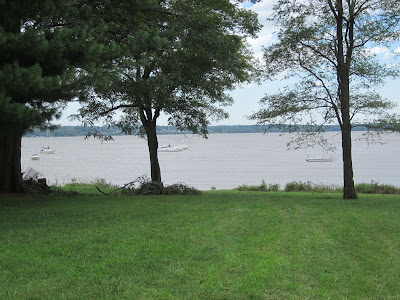 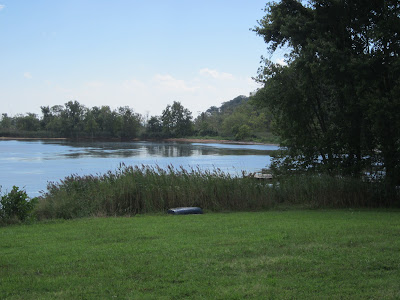 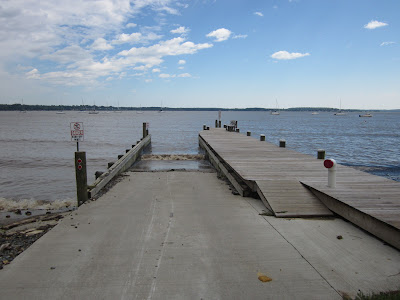 By now it was just a lovely afternoon. We didn't go out until the wind had stopped. It's just too dangerous with falling branches. 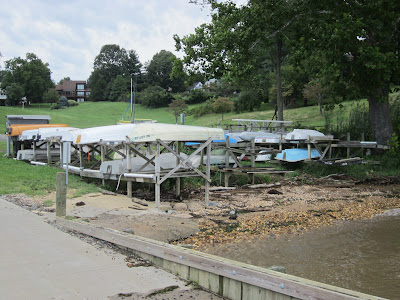 No damage to any of the little boats stored on the racks. 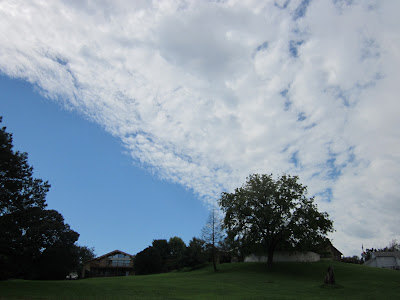 The trailing edge of the hurricane clouds.

We lost power at 10:30 pm when the hurricane was building in intensity. Just north of the state park the wind blew down trees and ruined about two hundred yards of power lines. Power was eventually restored about 47 hours later.

It seems like all of our neighbours now have portable generators and they make a constant din. We are of the old school and have our water jugs prepared and plenty of candles. Our gas stove keeps working. Power cuts were much more common when we first moved to the community 27 years ago than what occurs now.