After the Humaniste Library, we decided to check out the Saint Georges Church. It's quite a bit larger than the Sainte Foy church but fairly close by. 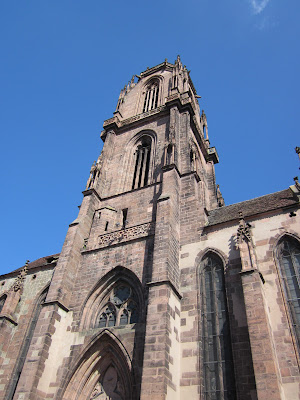 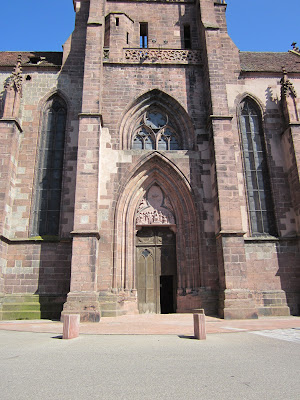 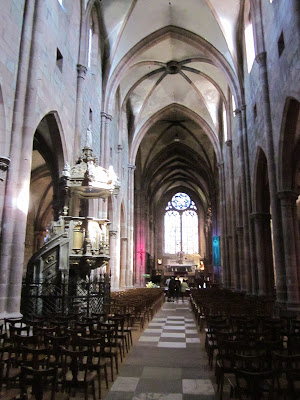 It has a lighter and more airy feel than the Sainte Foy church. 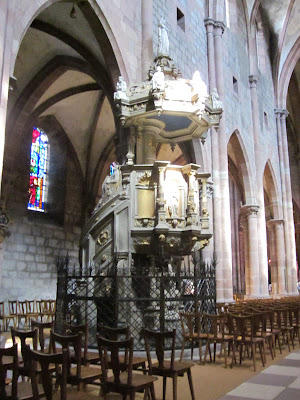 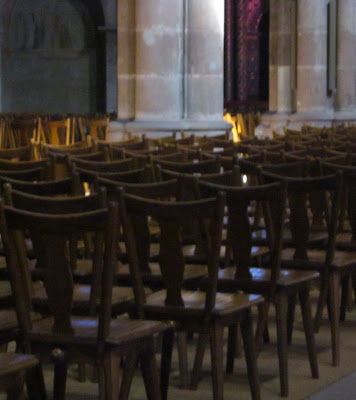 I liked the pattern of the chairs. 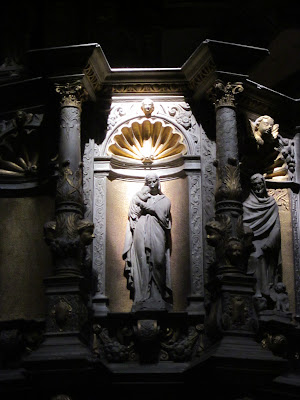 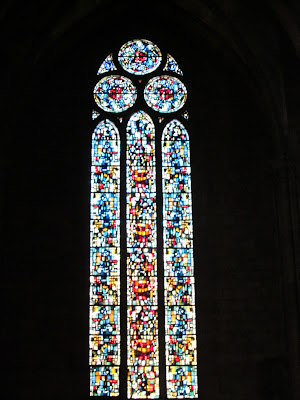 Stained glass helps to make the church so light inside. 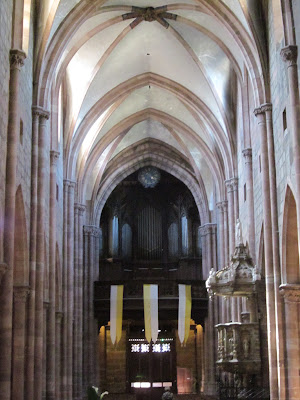 Looking back to the organ. They had some recorded choir music playing as background music. Except you could easily tell it was recorded and not live, it was quite effective. 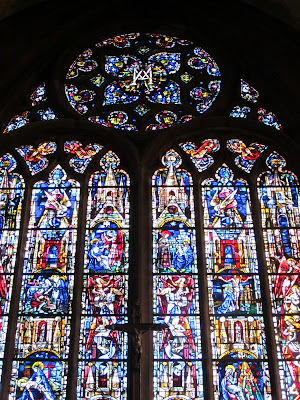 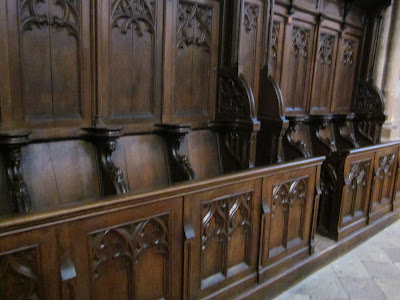 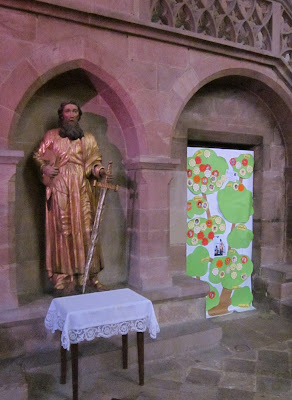 I was intrigued by this modern poster in the alcove next to the statue. It certainly didn't fit with anything else in the building. 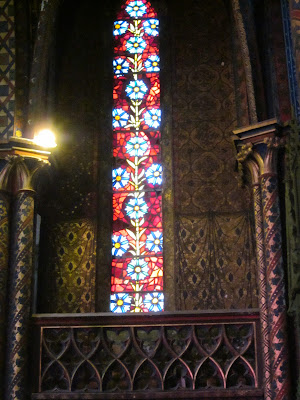 Some of the columns were painted in these rich colours.

As we were just about to leave the church, Marianne remarked how much she had enjoyed the modern stained glass windows so I wandered up and down the aisle and took photos. They are by François Chapuis and date from 1986. 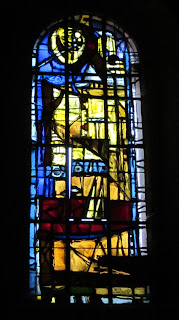 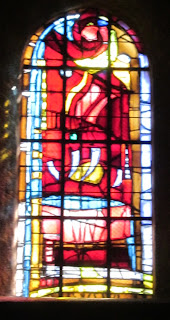 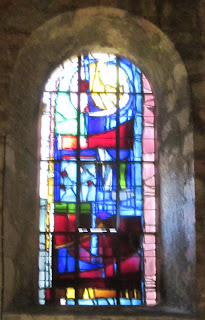 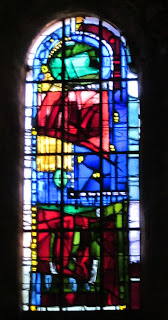 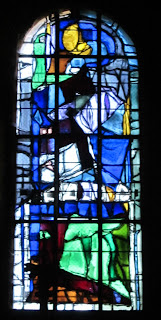 They are quite effective. 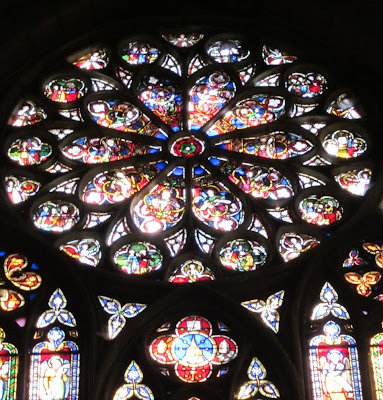 The rose window above the entrance. 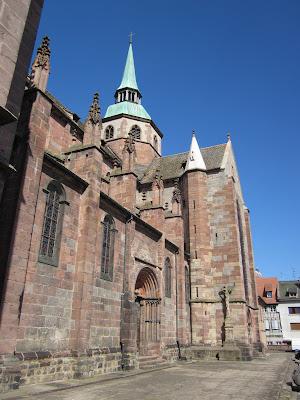 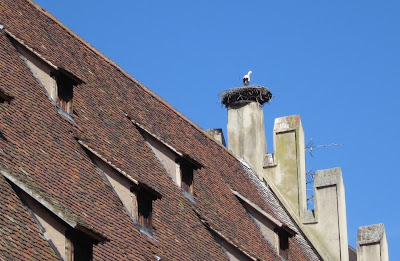 If you look closely you can see a stork on the nest on top of a nearby house.

After we left this church we revisited Sainte Foy to see if we still enjoyed it the second time around and the answer is definitely yes. It has a heavier feel to it inside but it is somehow very comforting.