One of the nice aspects of Paris is that the temperature goes down a little about 8pm and it is rather nice to take a walk. We looked on the map and found a park called Parc Georges Brassens only a few blocks away so we headed off. 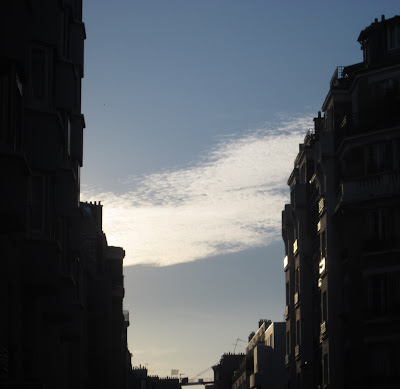 As I walked south along the street to the park I turned back to see this sky and cloud. 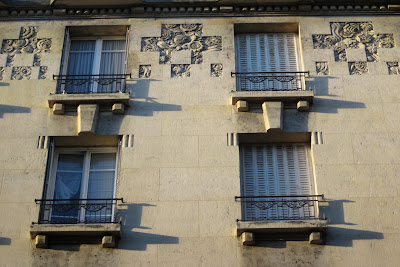 Yet another interesting apartment building. 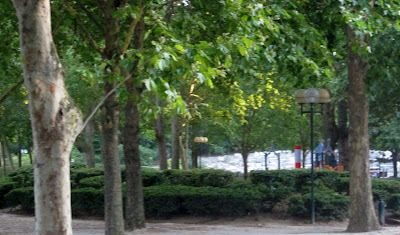 We arrived at the park to see it had the usual sort of trees you find in a lot of French parks. 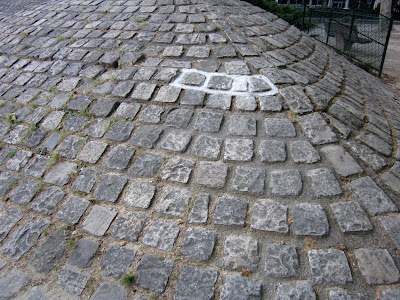 I'm not sure what this mound of paving stones was for, but there it was. When I looked up the wiki article, I was surprised to see the park was constructed in 1985 which perhaps explains why the mound of useless paving stones is there. 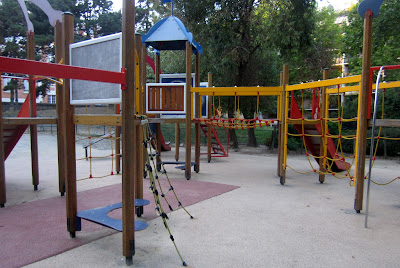 Modern playground with the soft artificial floor similar to playgrounds in Australia. 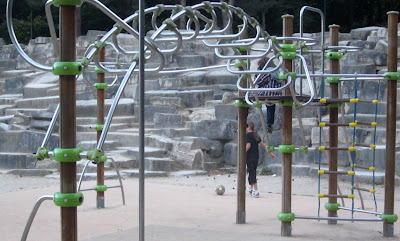 The rocks in the background were interesting. 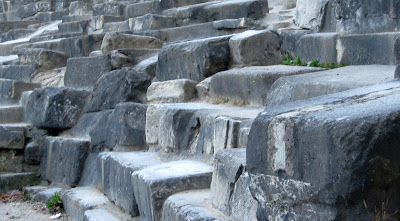 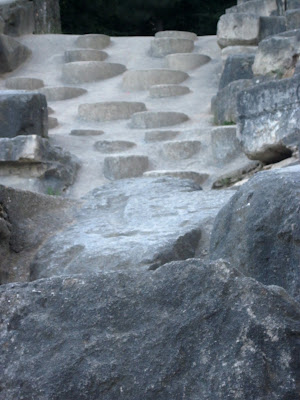 No doubt kids were supposed to climb all over them but they were absent when we were there. 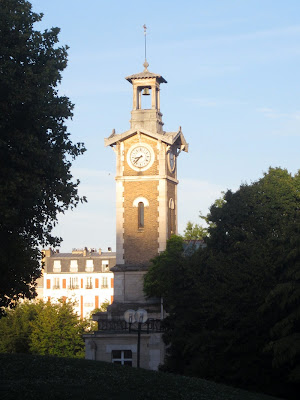 The park is on the site of a former abattoir and I believe this is one of the buildings from that period. 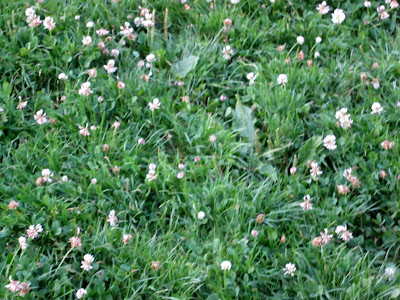 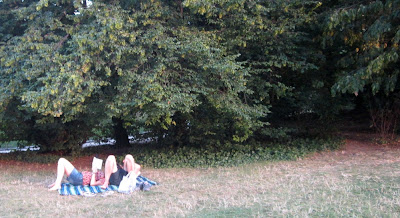 Quite a few people were laying on the grass enjoying the cool of the evening. 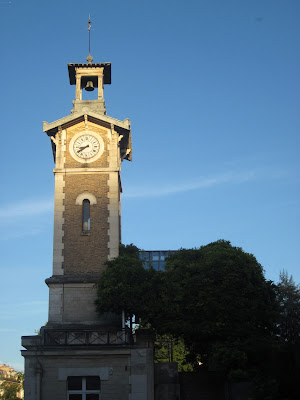 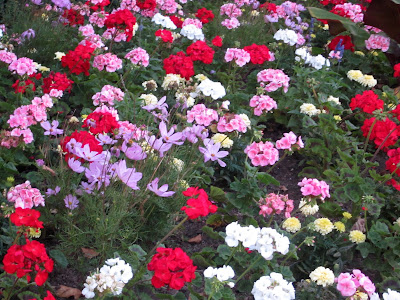 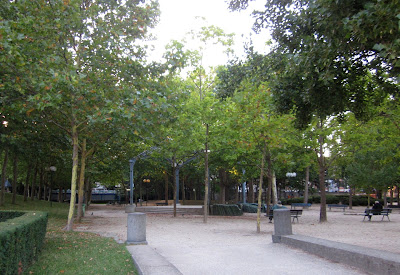 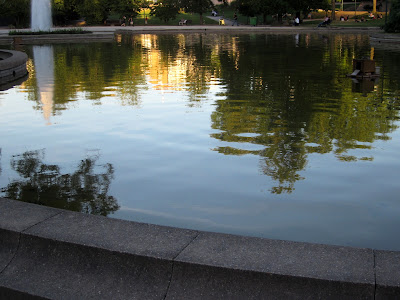 There is a large pool in the center of the park. 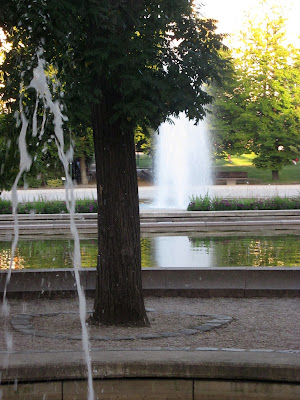 A couple of fountains. 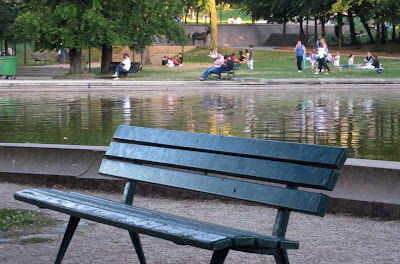 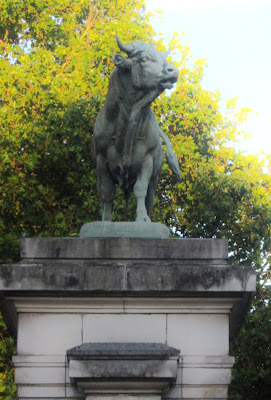 At the main entrance are a couple of bovine statues marking the former use of the park. 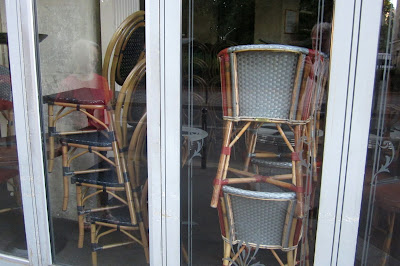 It is August and a lot of the cafes and restaurants close down in the less touristy areas. 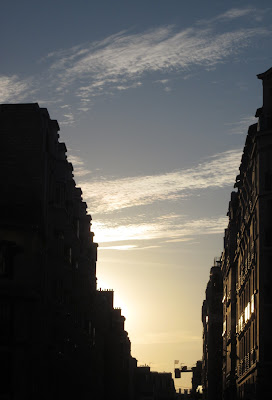 The sky view as we walked back to our apartment was just as spectacular as before. 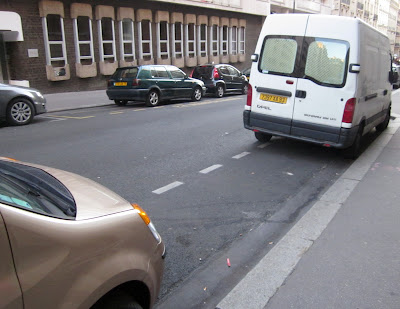 How many Smart cars could you fit in this space. Two? Three perhaps? 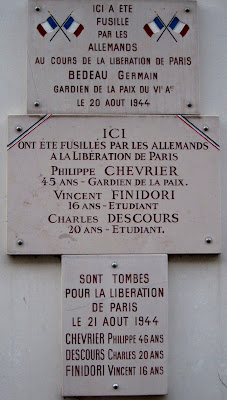 And then a somber note.