As I walked along the Bois Boulonge with an independent air -------

If you go about 30 seconds into this Youtube, you will hear the famous line from the 'Man who broke the bank at Monte Carlo'. Honesty makes me admit that this is the real reason I wanted to go there. 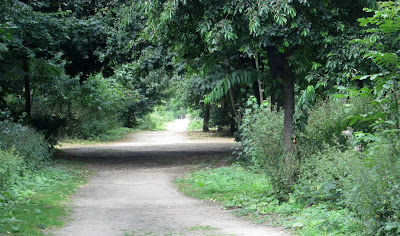 After we left the Marmottan Museum, we crossed a wide street and suddenly we were in the Bois. To be honest I thought it would be a bit more grand than a dirt track. For a while all was not peace and quiet because the ring road around Paris passes through the park in a cutting but after a while the noise was muffled by the trees. 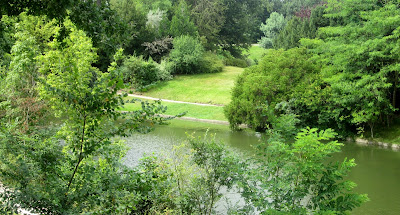 Eventually we came to the main lake and started to walk north beside it. 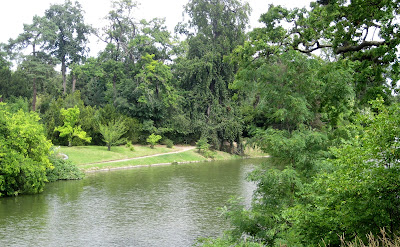 It was lunch time and there were joggers and bicyclists out in force. 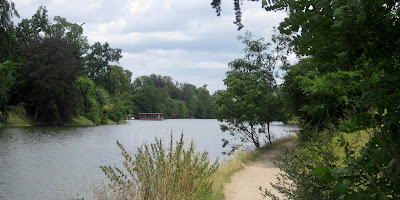 We left the road and followed a path right beside the water. The temperature was about 70 degrees and there was a slight breeze so it was very pleasant strolling along.

Some areas are manicured but the majority is a wilderness.

Spiffy restaurant on the other side of the lake. To get there you take a ferry that darts back and forth. 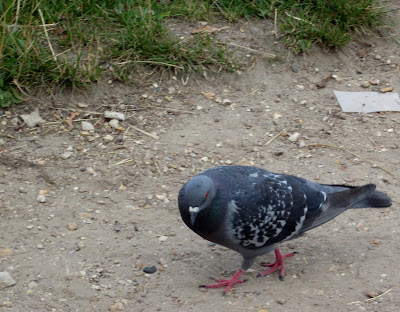 Apparently pigeon is the only bird not on the menu in Paris. You don't see too many other bird species. 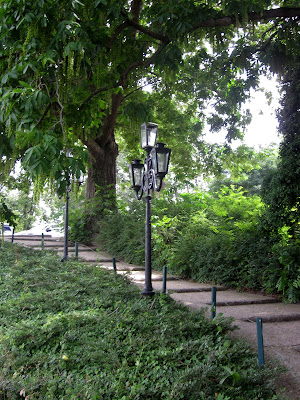 The leaves on the trees are quite dense and provide splendid deep shade. 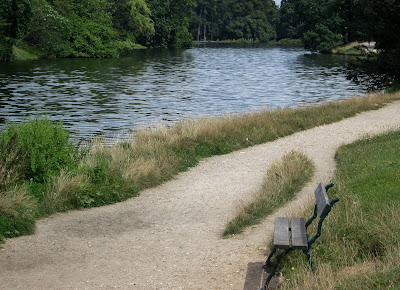 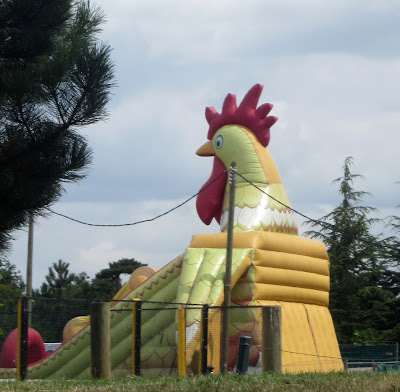 This was not what I was expecting to see. 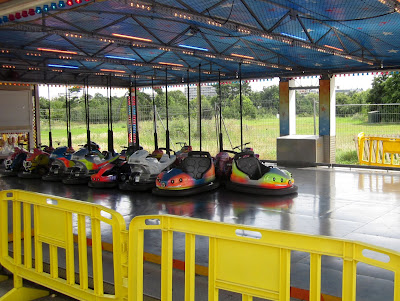 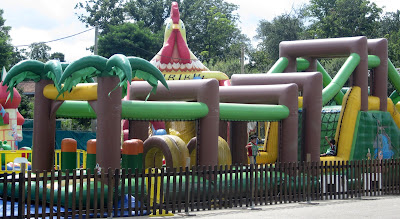 There was an amusement park, but not much seemed to be going on. Perhaps on the weekend it would be a place to avoid. 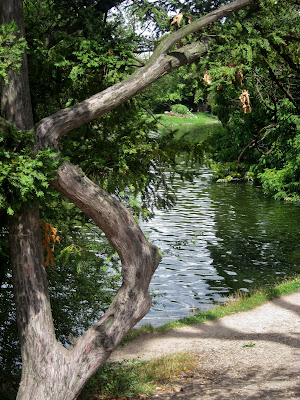 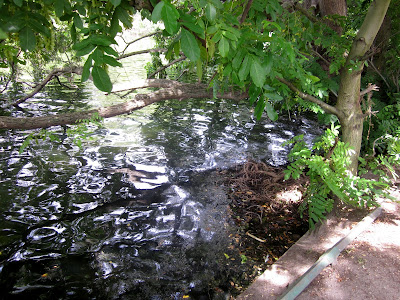 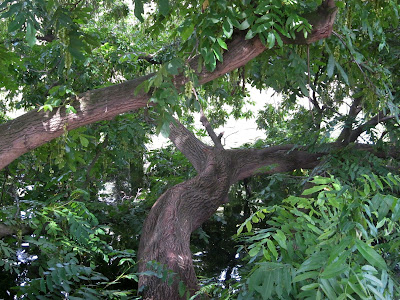 Monet would have had a great time at these three view points. 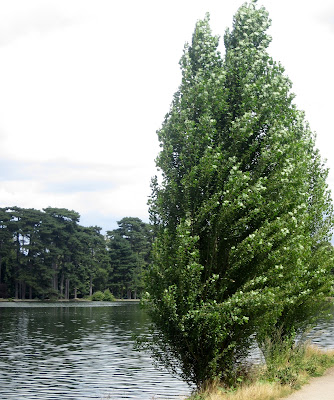 These look so European. I half expected Marianne to break out a picnic basket with a chilled bottle of rose wine but unfortunately, her feet hurt since she was breaking in her new shoes so we trudged on. 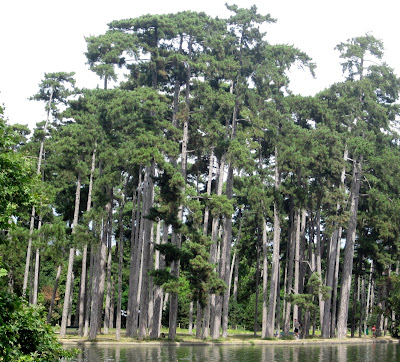 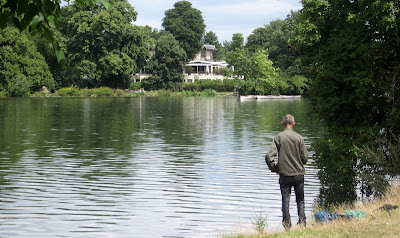 For a moment I thought this gentleman was responding to a call of nature but it turned out he was fishing. 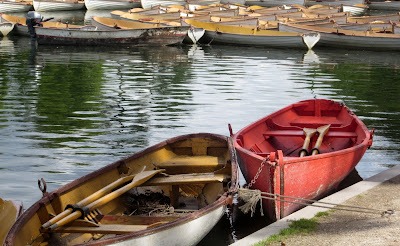 We came across an area where you could rent a rowing boat. I'm not sure how the red peril got in there but there is a strong communist faction in France. 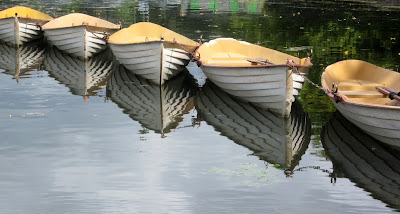 The path by the lake ended and we were back to walking by a wide but very quiet street. No doubt it is busy on weekends. 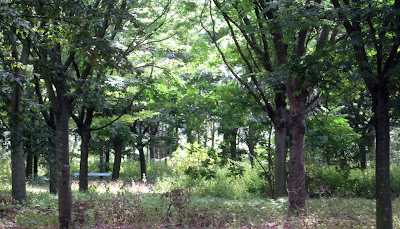 The woods continued on either side of the street however. 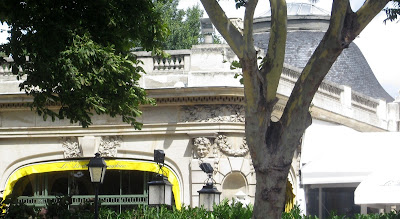 Finally we reached the Porte Dauphin where there was some spiffy looking restaurant, the Pavillon Dauphine. Apparently it does a pretty decent wedding reception as well as professional meetings and conferences. 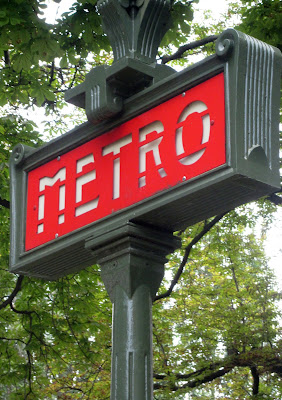 By now we had done enough walking so this sign was most welcome. It was only now while doing the blog that I realized we had gone in the wrong entrance. We should have gone in this one.