After leaving the Montparnasse Tower we decided to take a look at the nearby cemetery. It looked to be just a hop skip and a jump away but it took a while to find it.

Once inside it was a peaceful haven from the noise of the city, but when you think about it there would be a real problem if it wasn't quiet. 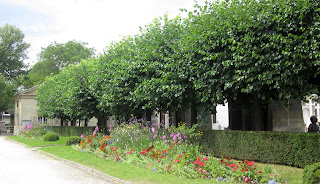 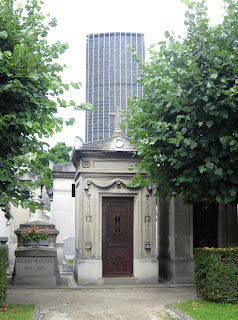 The Montparnasse Tower growing out of a tomb. 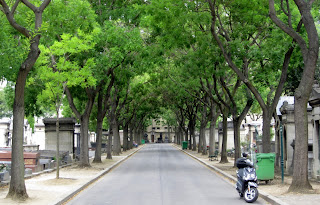 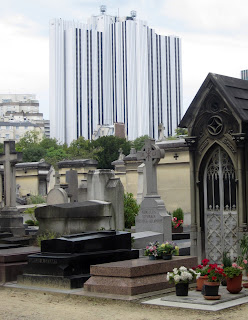 Some other tower block. 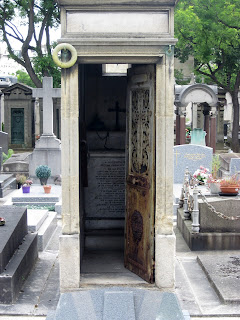 There were quite a number of these tombs with doors. 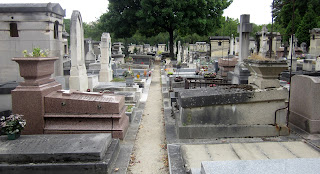 The cemetery is crammed full. Since there are plenty of new graves scattered all over, I presume they simply get rid of old ones. 'Hey mon ami, you've been laying around here too long. Allez!'

If you look at the end of this web page you will see that 300,000 people have been buried there since it opened, there are currently 35,000 tombs and 1000 burials per year. Yes, there are family tombs but many are just your average plot that you would find anywhere. 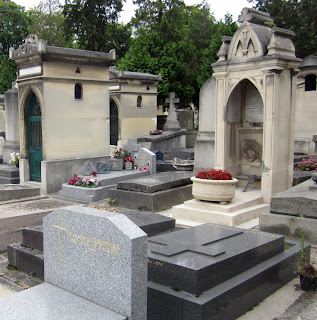 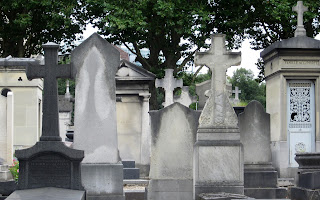 At the entrance there is a list of famous people buried here along with a map of the cemetery that shows roughly where the person is buried. We tried to find Saint-Saens but without success. There are just too many graves, even if you know roughly where a grave should be.