The toilet at the bottom of the Funicular

You may have noticed that women are not built like men. They require toilets more often. 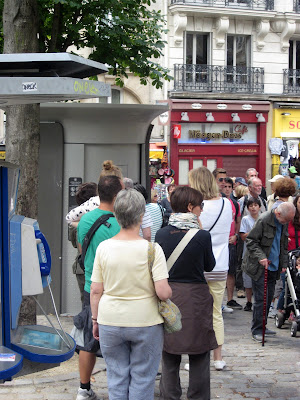 Marianne noticed one at the bottom of the funicular and lined up. There were about ten people in the line. After about ten minutes without the line moving to much, I started to get restless and walked around while Marianne waited patiently in the line. 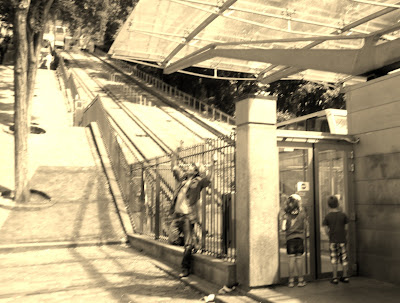 I discovered this neat way of messing with a photo so you get to see the results. The bloke in the center was directing people at the top of the building opposite on maneuvering some building materials to the top at the end of a rope. I stood well back since it looked like disaster would happen at any moment. You sometimes feel that way about the French but it all works out fine. 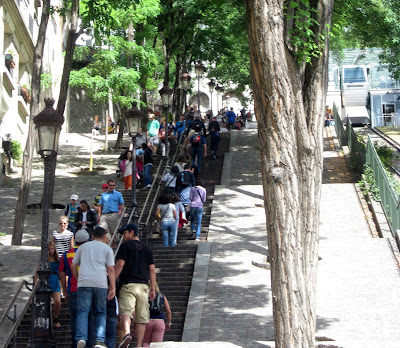 People avoiding the lines for the funicular. It costs the same as a Metro ticket, but the line is horrendous. 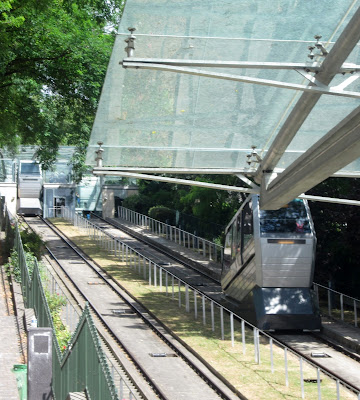 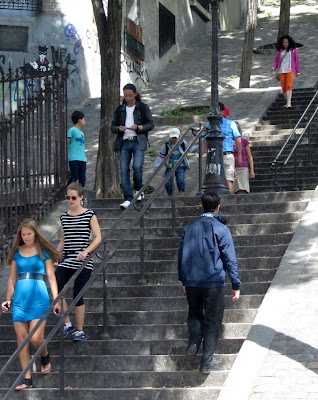 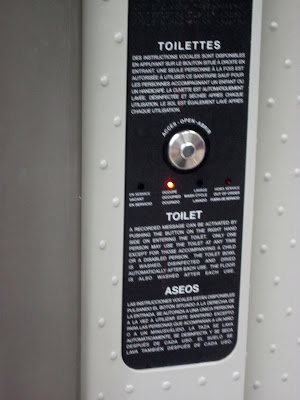 After a while I returned to see how Marianne was getting on. The line had only become longer. Apparently two women had entered and fortunately we had no idea what went on inside. Later Marianne told me they were followed by a girl who was obviously quite sick. 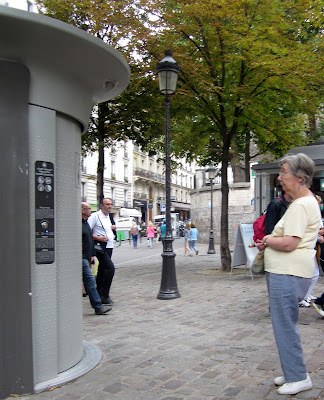 Eventually after about 45 minutes, Marianne made it to the front of the line. The toilet has a self cleaning mechanism. The woman before Marianne exited and then the door of the toilet shut for about 100 seconds while the whole shebang cleans itself. Even the floor is washed. 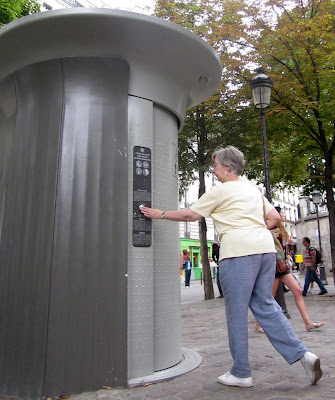 Here she pushes the button to go in. Marianne reckoned that the sole advantage of lining up so long was that she knew how to make the thing work and when to enter and exit. 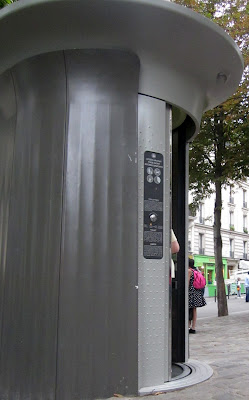 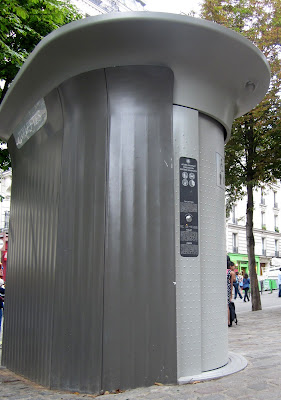 For this relief, much thanks. 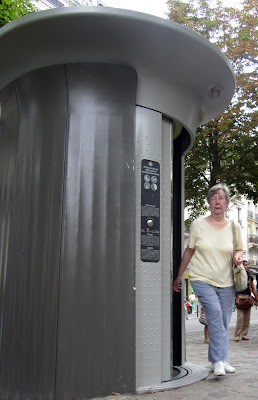 She emerges, ready for a few more miles. Apparently everything was very clean inside so I asked her if she had to squat as you used to do in the old traditional toilets of southern France. Not really, she replied but she was a bit disconcerted about the seat of the toilet which apparently was like a toilet in train carriage but just the steel bit without the lift up bit.

As far as I am concerned, bring back the old French Pissoir. They free up the real toilets for women.