Monets at the Marmottan Museum

One of the great things about being in Paris is that I have my own private Art History Major at my disposal. She knows about places to go to here that I wouldn't have a clue existed. I had expressed a desire to walk in the Bois de Boulogne and so Marianne suggested we go to the Marmottan Museum which had some paintings by Monet.


We therefore set off by Metro for the Right Bank. 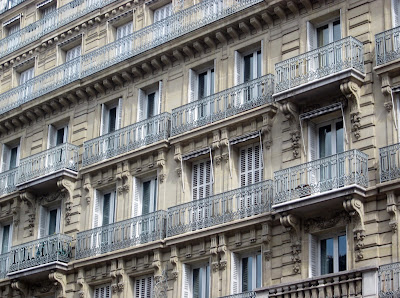 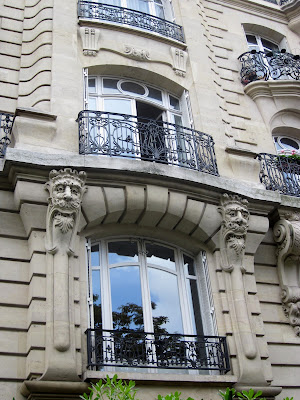 Since the Right Bank is wealthier than the Left Bank, I wondered whether the fronts of the apartment buildings would be good and yes there were some excellent examples.

Speaking of Right and Left Banks we discussed the matter at dinner. Why did they choose to face the mouth of the river when deciding which was to be right or left? Why not face the source? We came to the conclusion that North and South bank is a more logical way. 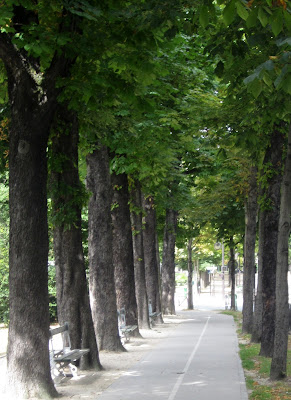 If you have ever driven along the lesser roads in rural France, you will recognize this sort of arrangement of trees. Here in Paris, it was for a footpath. 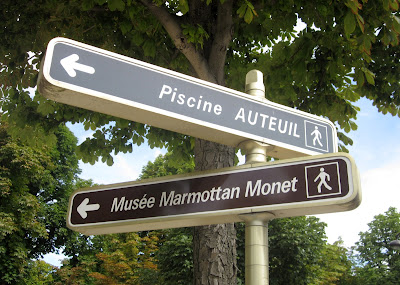 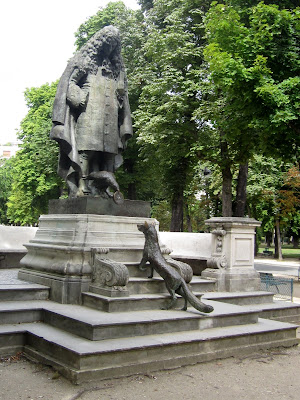 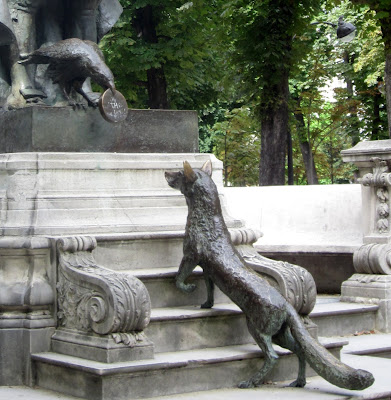 I am not sure what this is all about. Apparently it commemorates the annual donation of a large Camembert cheese to the fox population.

In fact the statue is of Jean de la Fontaine who wrote fables. Here is the fable depicted in the statue. 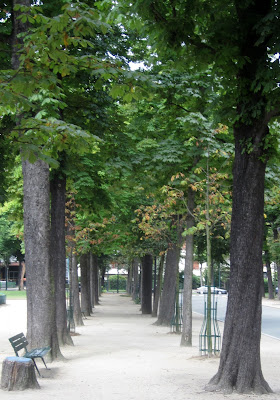 Another avenue of trees. It was a pleasure to walk down it.

Finally we saw the spot of blue towards the left of the photo. We were getting close. 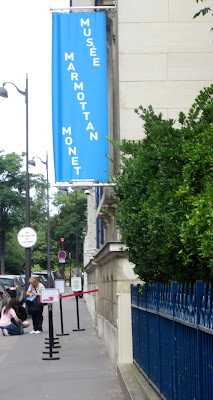 And there it was. Do you notice anything peculiar? Click on the photo to enlarge it. There is nobody in the line to go in. We simply walked in, paid 10 euros each and were admitted to the largest collection of Monet paintings in the world.

Unfortunately, photography is not allowed but let me give you what impressed me most about the place.

Back in 1974, I went to the Kunsthistorisches Museum in Vienna. At one stage while I wandered around I was surprised to notice that I was the sole person in a large room that was full of paintings by Brueghel the elder. These included the Peasant Wedding and the Tower of Babel.

It may only have been for a few seconds or perhaps as much as a minute, but here in Paris I was in a room of Monet paintings by myself. The collection is the largest in the world so there are several rooms of them but it was wonderful to be able to not have to fight your way to see them. In fact you could just stand by yourself in front of any of them for as long as your feet could put up with it.

Waterlily paintings were everywhere and I remarked to Marianne that Monet certainly got value for money out of his Japanese bridge. There were even some of his paintings in the stairwell going to the next floor. My face was within a foot of one of them and it would have been so easy to touch it. Alarms would have gone off of course and Marianne would have been hauled away in cuffs because I would have blamed her.

There are not just paintings by Monet. There is a painting by Sisley placed next to a similar scene by Monet and we both preferred the former.

The Museum's web site shows some of the paintings and also photos of the building interior which has some spectacular rooms. This was a house that very rich people lived in and it is worth seeing. And so we left the museum without any photos. You will have to make do with this tree trunk. 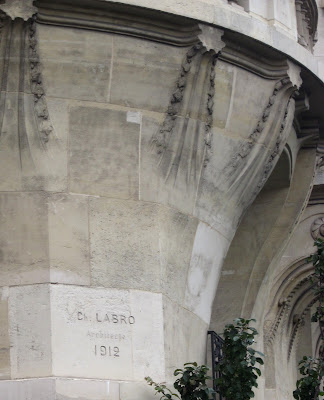 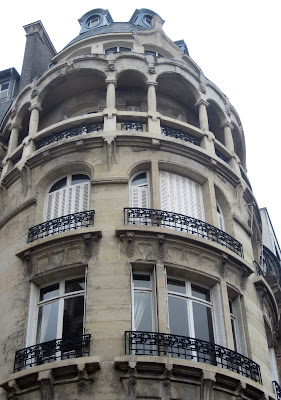 And another impressive building that we could see from the upper floor of the Museum.

So if you are planning to come to Paris and actually want to get a good look at paintings by Monet, this is the place to visit. Forget the zoo at the Musee d'Orsay.

You might find this interesting about the 1985 theft from the Museum.