Anybody who has ever come to Paris knows that going up the Eiffel Tower is an absolute ordeal of lining up in an endless queue. Our hosts had recommended that we try the Montparnasse Tower instead so we walked the mile or so from the apartment to the tower.

The tower is right next to Montparnasse Station which is the terminus for trains to the south west of France. 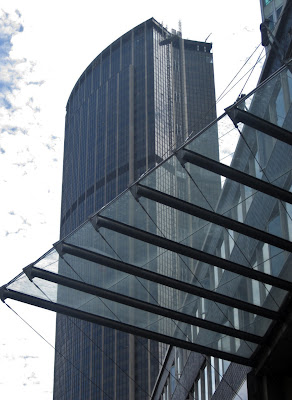 So here is the tower. I can't say it is all that dramatic a building but it is 210 meters tall. If you read the wiki article, the tower won second prize in the most ugly building in the world contest. This building wins first prize. My first prize goes to the PNC building across from Philadelphia Airport. It looks like a fine example of cheap British architecture from the 1950's with a peculiar large object on top that looks like it belongs in a giant's nose.

There is a viewing area below, but the best views are from the open air platform at the top. 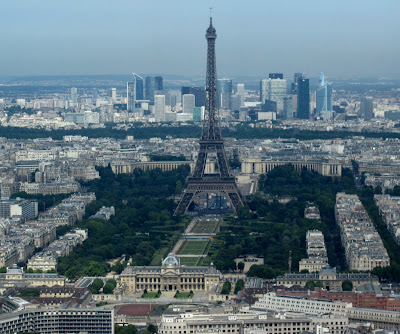 The top level viewing platform at the Eiffel Tower is 280 meters but the difference really does not matter. 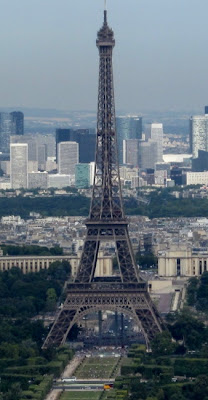 The gold dome is the Les Invalides. 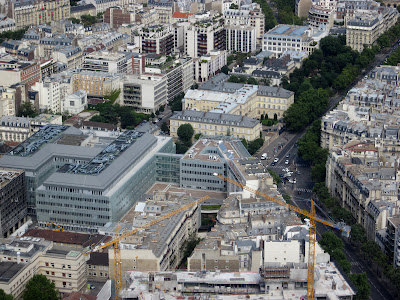 It appears that over 90 percent of the buildings are white or some shade of white.

The above ground Metro, line 6. 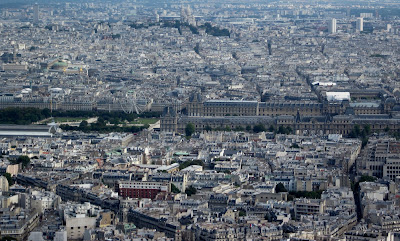 The Louvre. This is as close as my 4 times zoom would get.

It almost looks like an Arab Casbah, a warren of streets with no overall pattern other than a river and few parks and avenues. The city is not built on a square grid system but seems to be a city of interlocking triangles. 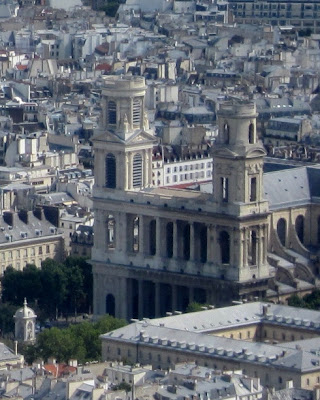 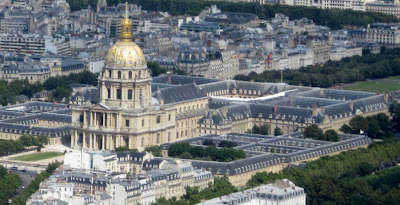 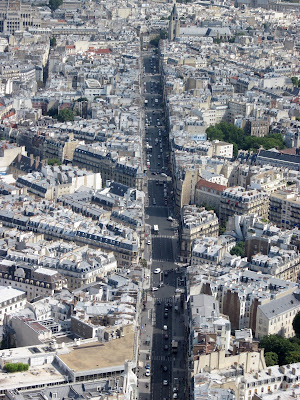 The Montparnasse Cemetery. We went there after leaving the tower but it was difficult to find, believe it or not. 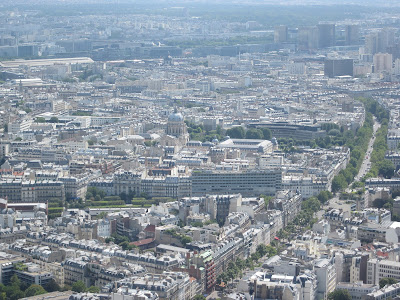 It was a relatively clear day but there still was a fair bit of haze. 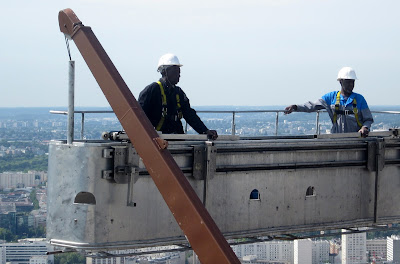 These gentlemen had just been cleaning the windows. I suppose you get used to dangling hundreds of feet in the air. 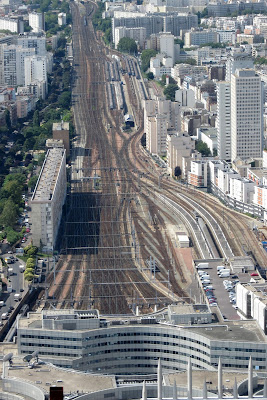 The tracks leading to Montparnasse Station.

I was interested in the shape of the building on the left.

We think this might be the Parc Georges Brassons we visited the night before.

Now I thing this photo would make a pretty good jigsaw puzzle. 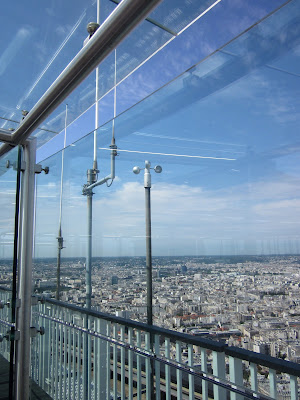 There were numerous antennas just outside the protective glass and railings. I would not want to linger up here with all that wireless radiation.

There were placards identifying the major sights but they didn't match up to well when you tried to use them. 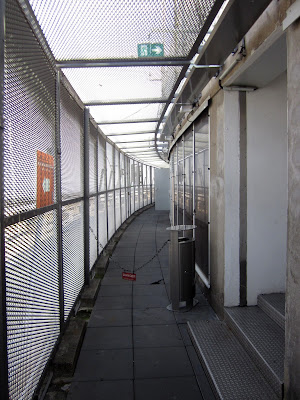 A level down going to the elevator. 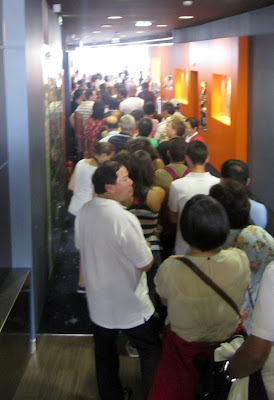 The line to go down. It was just after midday and everybody must have got hungry. We waited about 30 minutes to finally make it into a lift. Compare that to the Eiffel Tower and this tower wins hands down. At least from this tower you don't have to look at it, as they say.