The market above the Canal Saint-Martin

If you haven't read it already, you should read this other blog first. 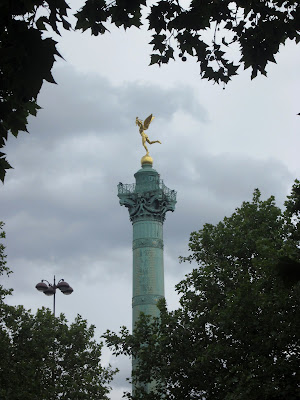 This is the site of the Bastille which was stormed on July 14, 1789. That date is well known in Pittsburgh as the date of the annual Kramer party. 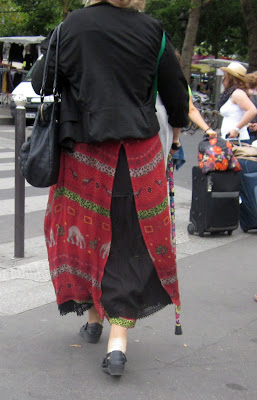 An older woman going to the market. I liked the skirt covering. 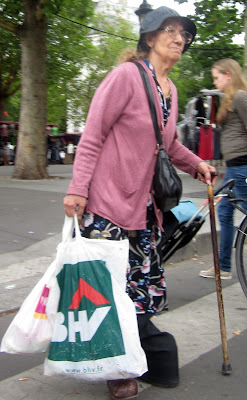 The approach to the market. We were soon to see that this was a much larger market than the others we had seen so far in Paris. 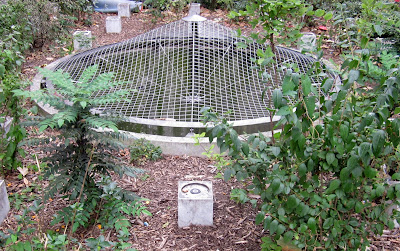 One of the ventilation covers for the canal tunnel under the market. 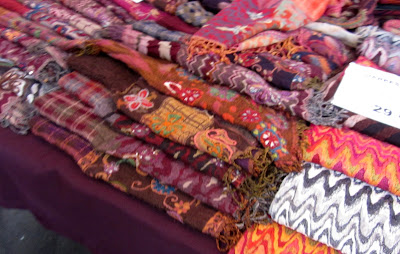 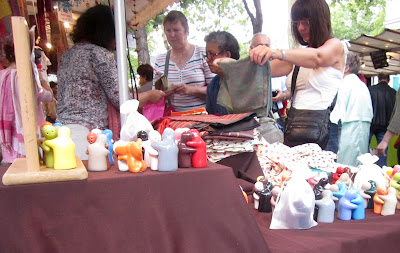 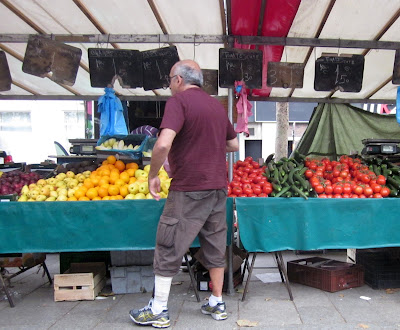 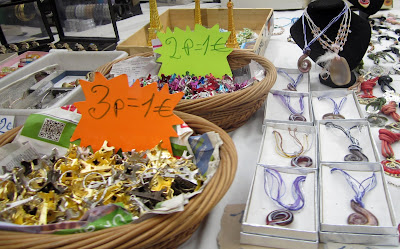 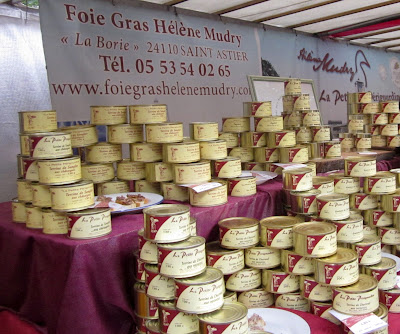 They had samples for tasting and it was delicious. 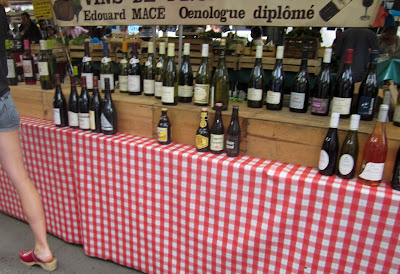 No I was not about to carry a bottle of wine all the way back to the apartment. Much to heavy. I thought I would leave in a leg at the left when I cropped the photo. There are not too many overweight people in Paris. 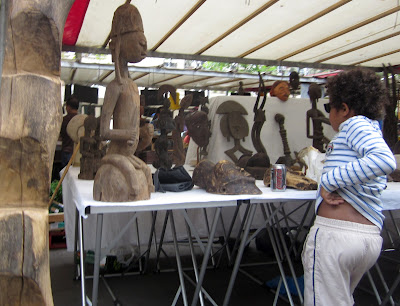 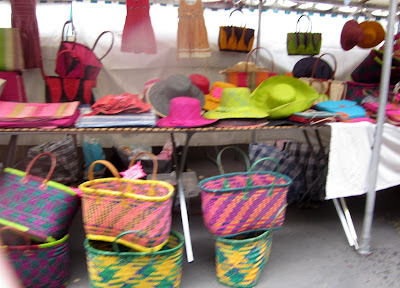 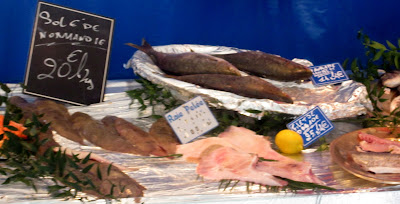 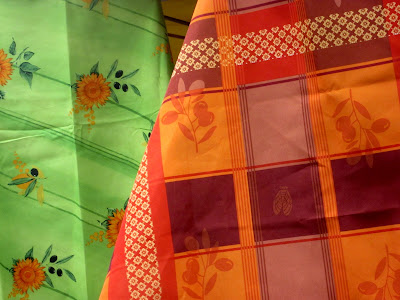 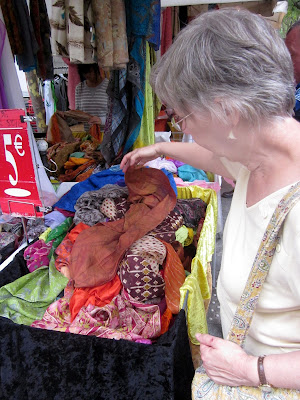 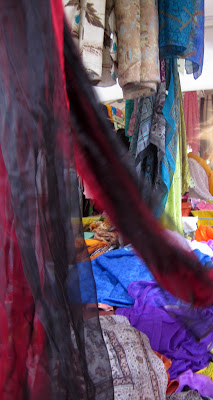 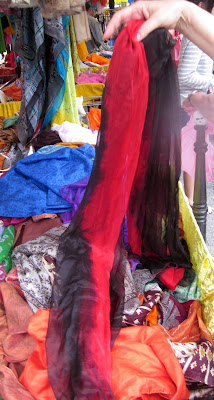 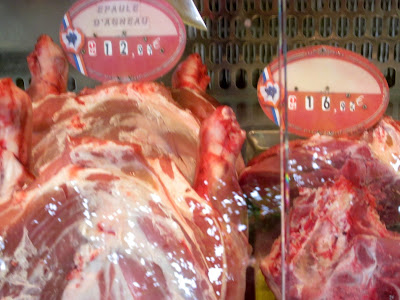 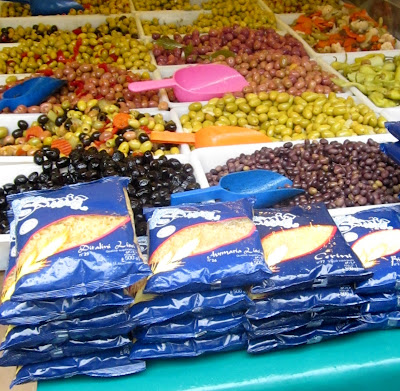 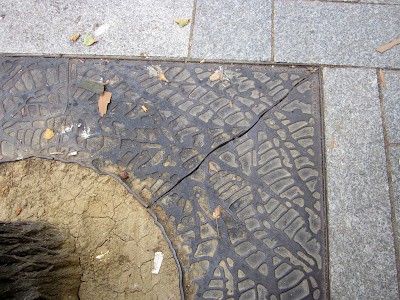 Decoration around the tree trunk. 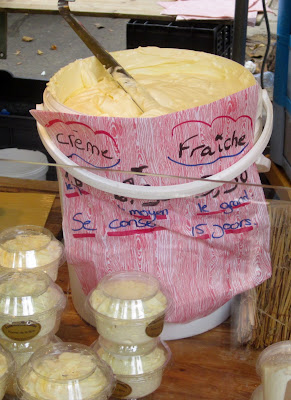 This is what you need when you make your Tarte Flambe. We had these in Alsace last year and it is a great alternative to mozarella. Much lighter. 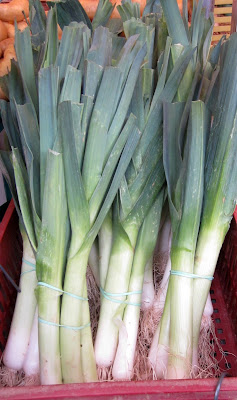 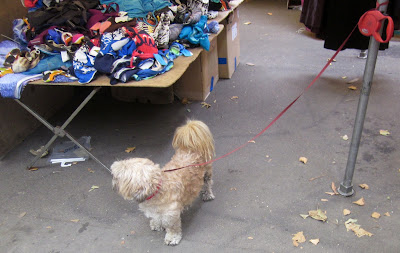 Just tie up your dog and wander off. 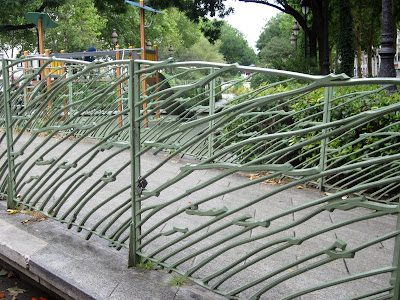 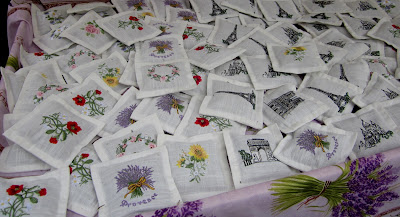 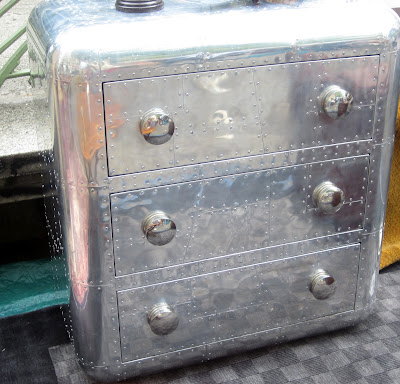 A large metal set of drawers. 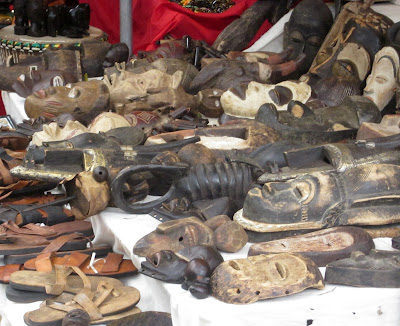 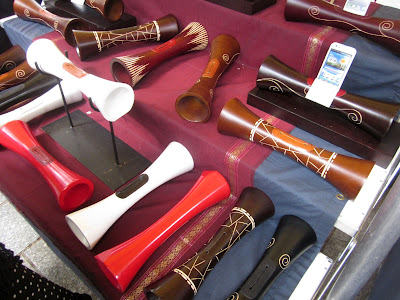 These were little horns designed to increase the volume of sound of your Iphone. Just slip the phone into the slot at the top and the loudness increases. With such a small opening at each end you don't get much bass but then again you are not going to get much bass out of a small Iphone speaker anyhow.

You might like to take a look at my somewhat larger version for a competition that a small audio group I belong to organized earlier this year. It could do an amazing amount of bass for a very small driver. Since the seller of the above horns spoke English, I wish I had had an internet connection to show him my version.