A walk to the Eiffel Tower and a thingy

Have you ever started off the day and felt a sense of the blahs? That was me this morning. We first went out to the local market and although I had my camera with me, I just wasn't enthused enough to take any photos which is not a good sign. So when we got back, we decided that a longer walk might be good for me so we walked to the Eiffel Tower via some back streets.

Some of the streets are lined with trees and it feels so cool under them. 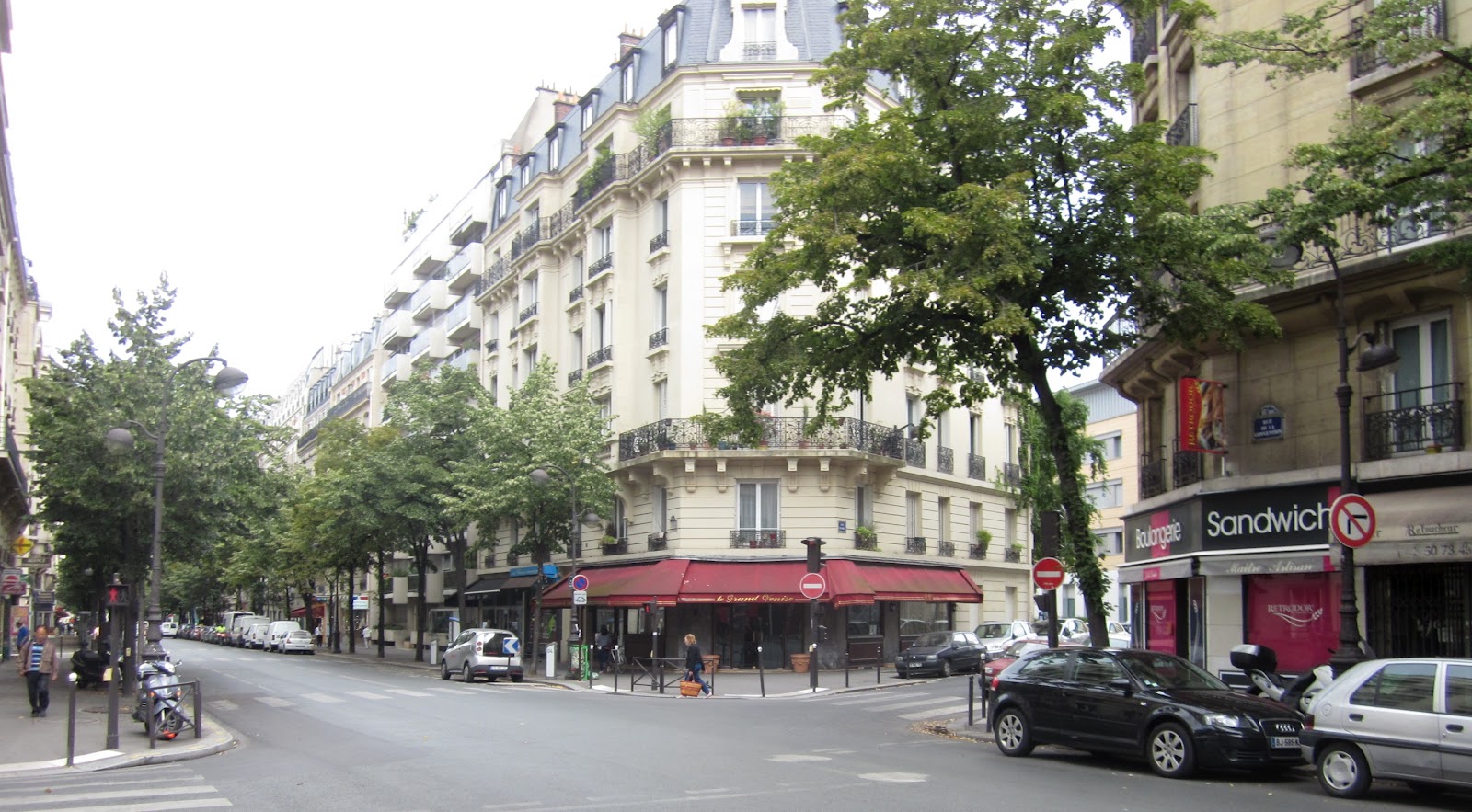 Paris as you always imagine it. 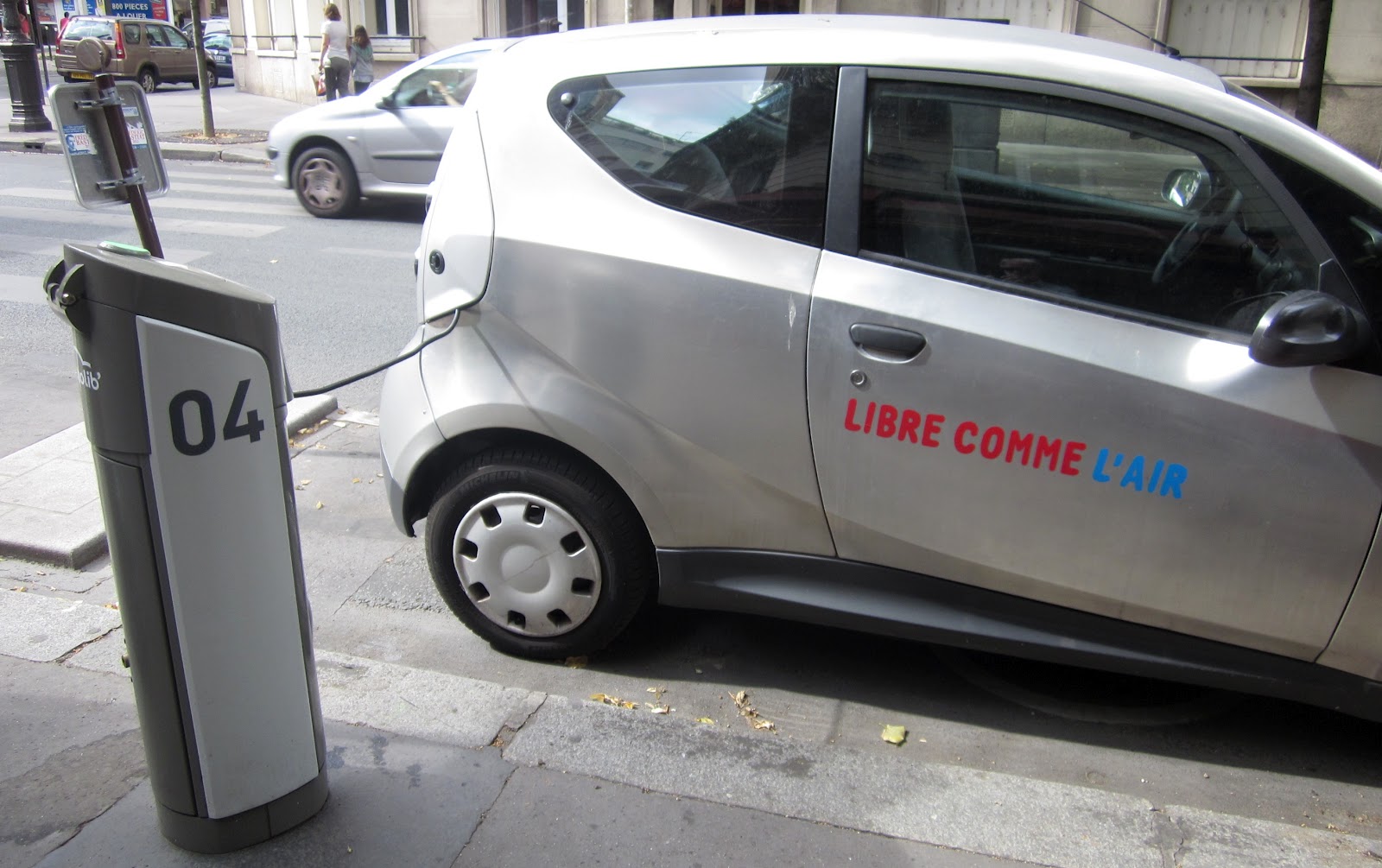 Electric car plugged in. It looked like the electricity was free. 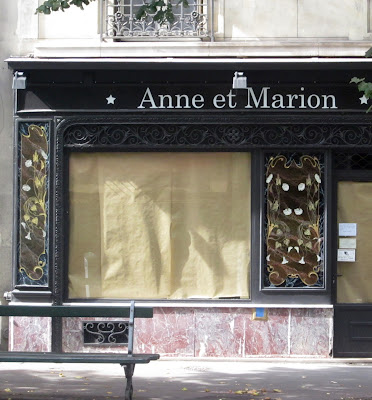 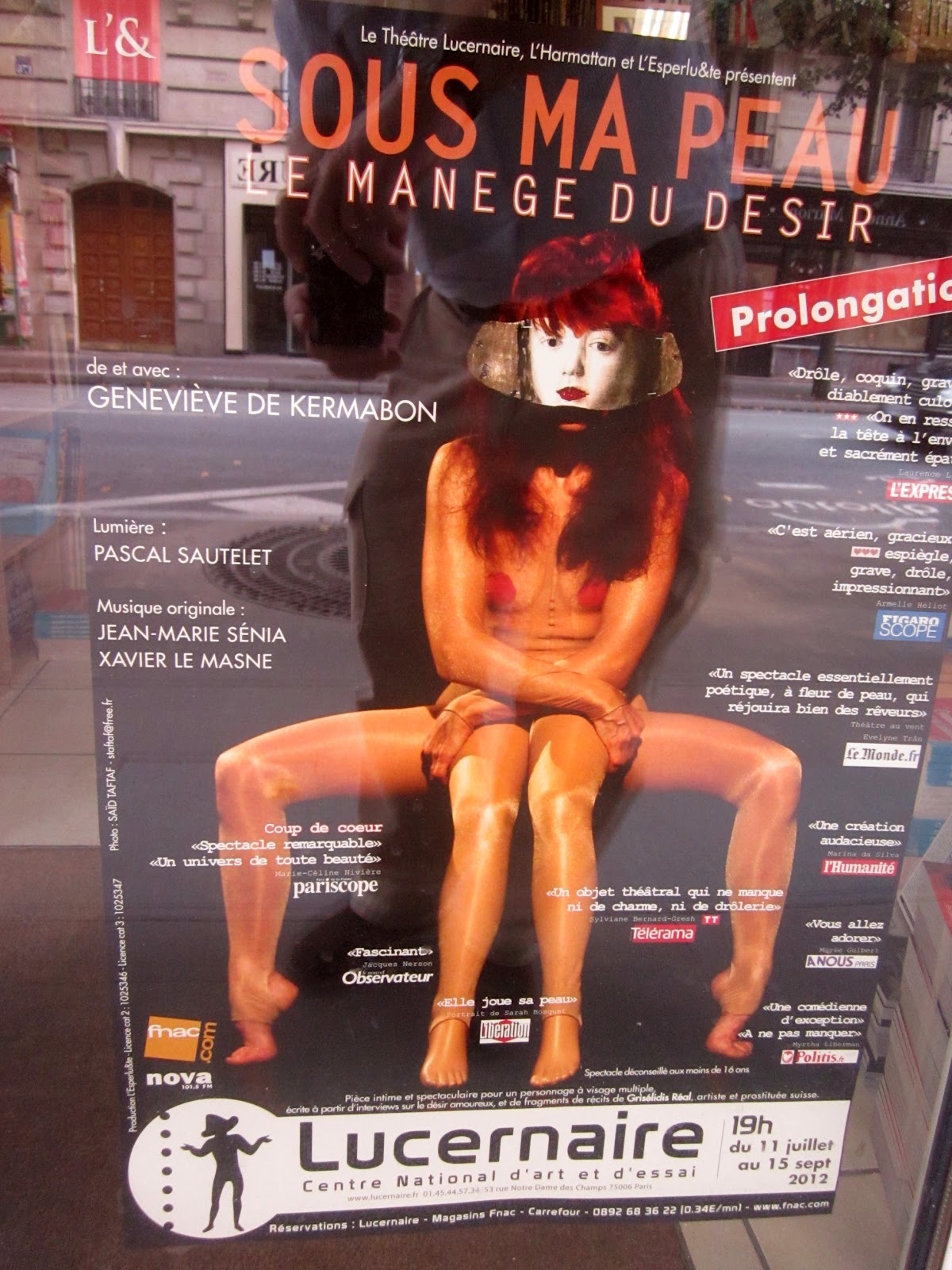 I had been intrigued by this poster that was everywhere around town. 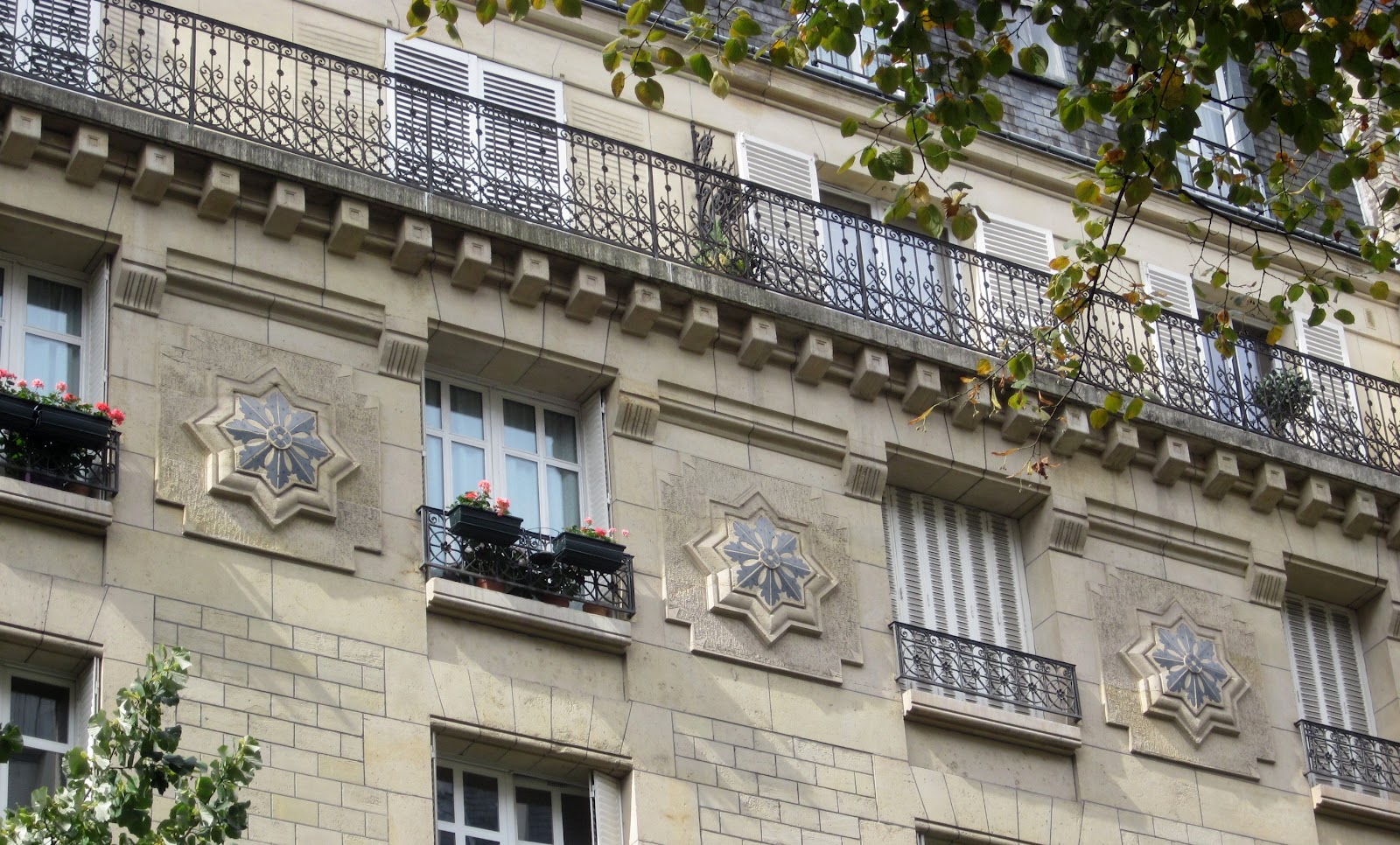 Thank heavens there isn't much dog poo around these days because I find myself looking up at the buildings. 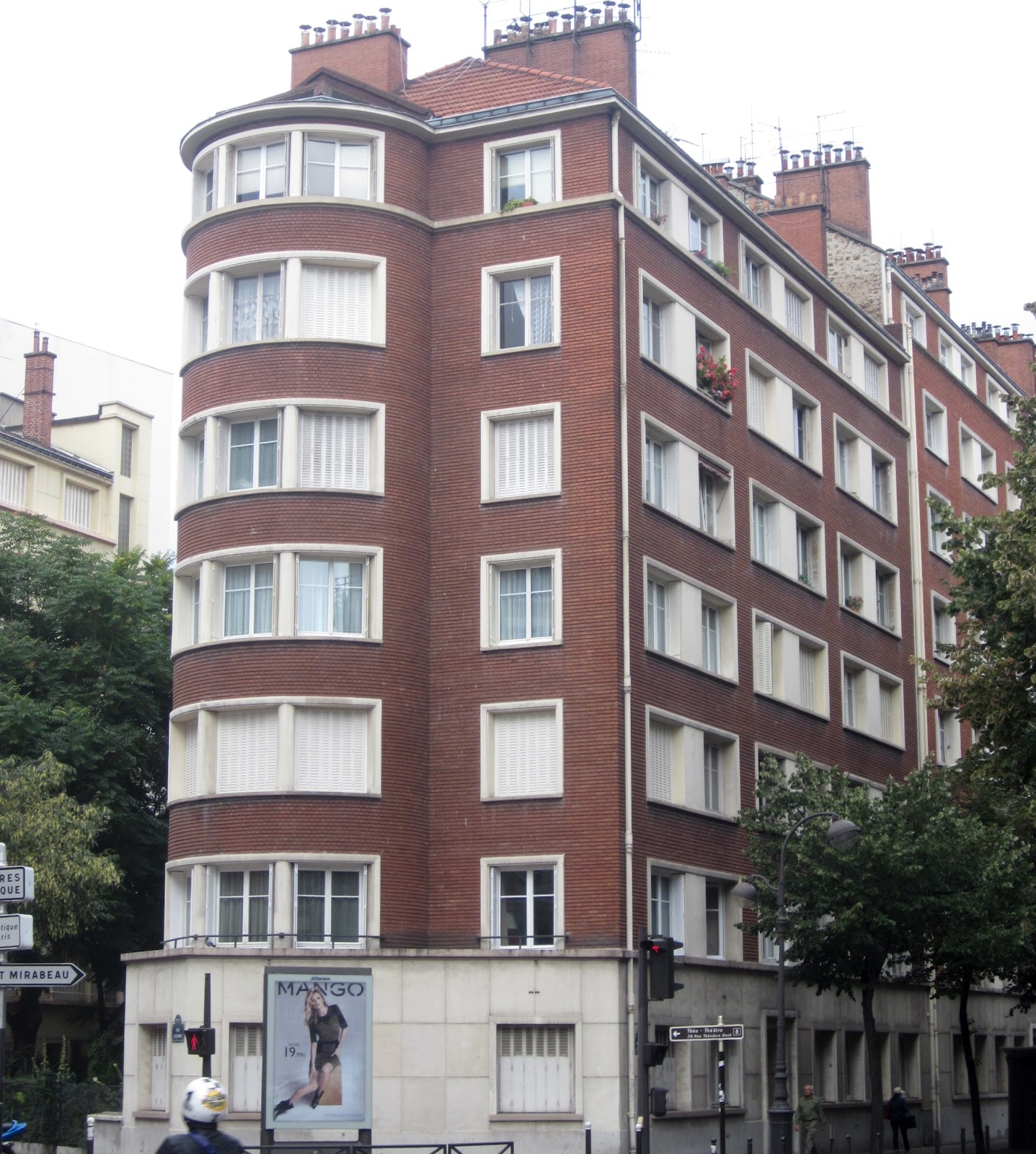 I'm sure this building is to be demolished because it is not white enough, or at least it will have to be repainted. 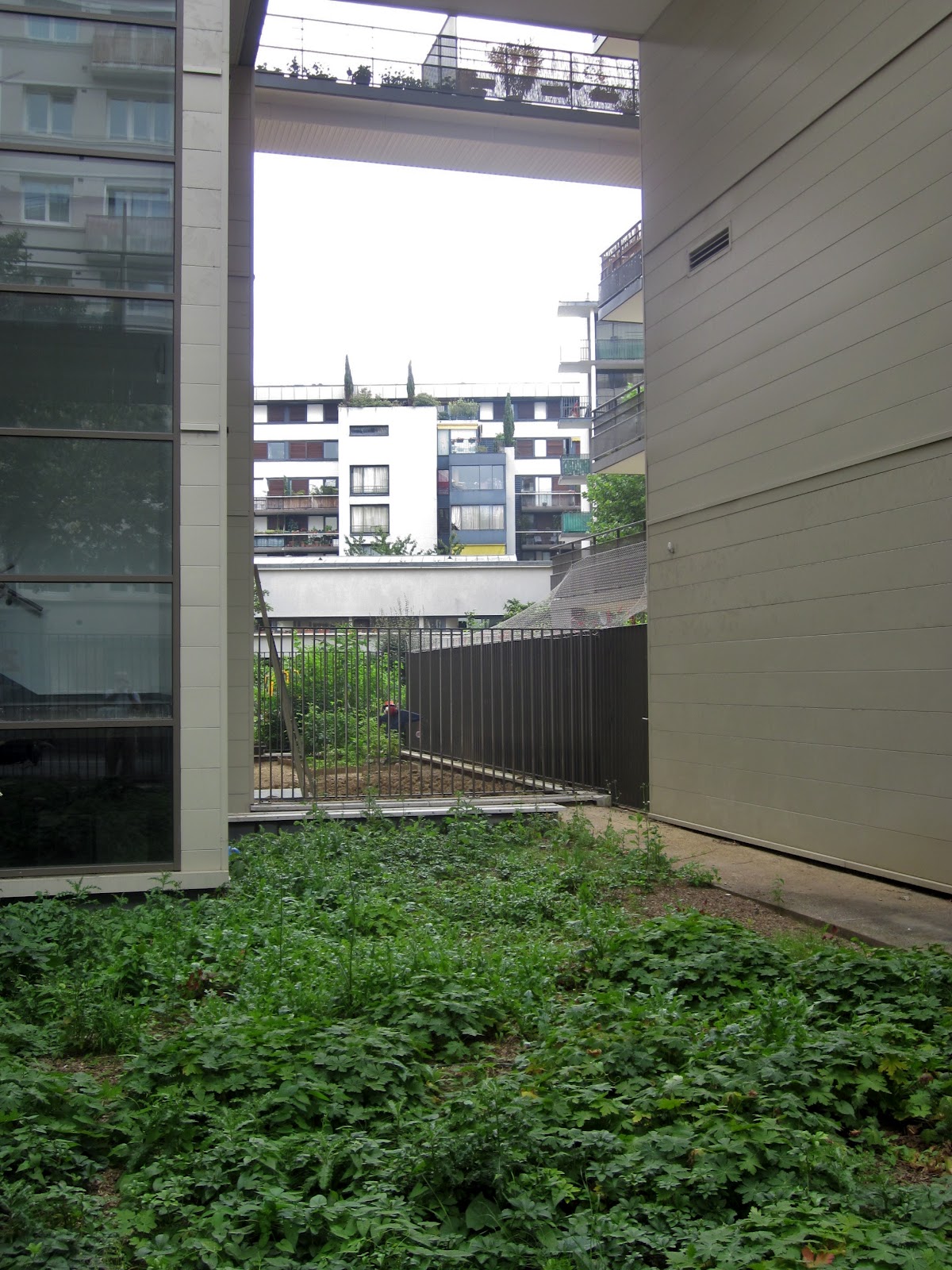 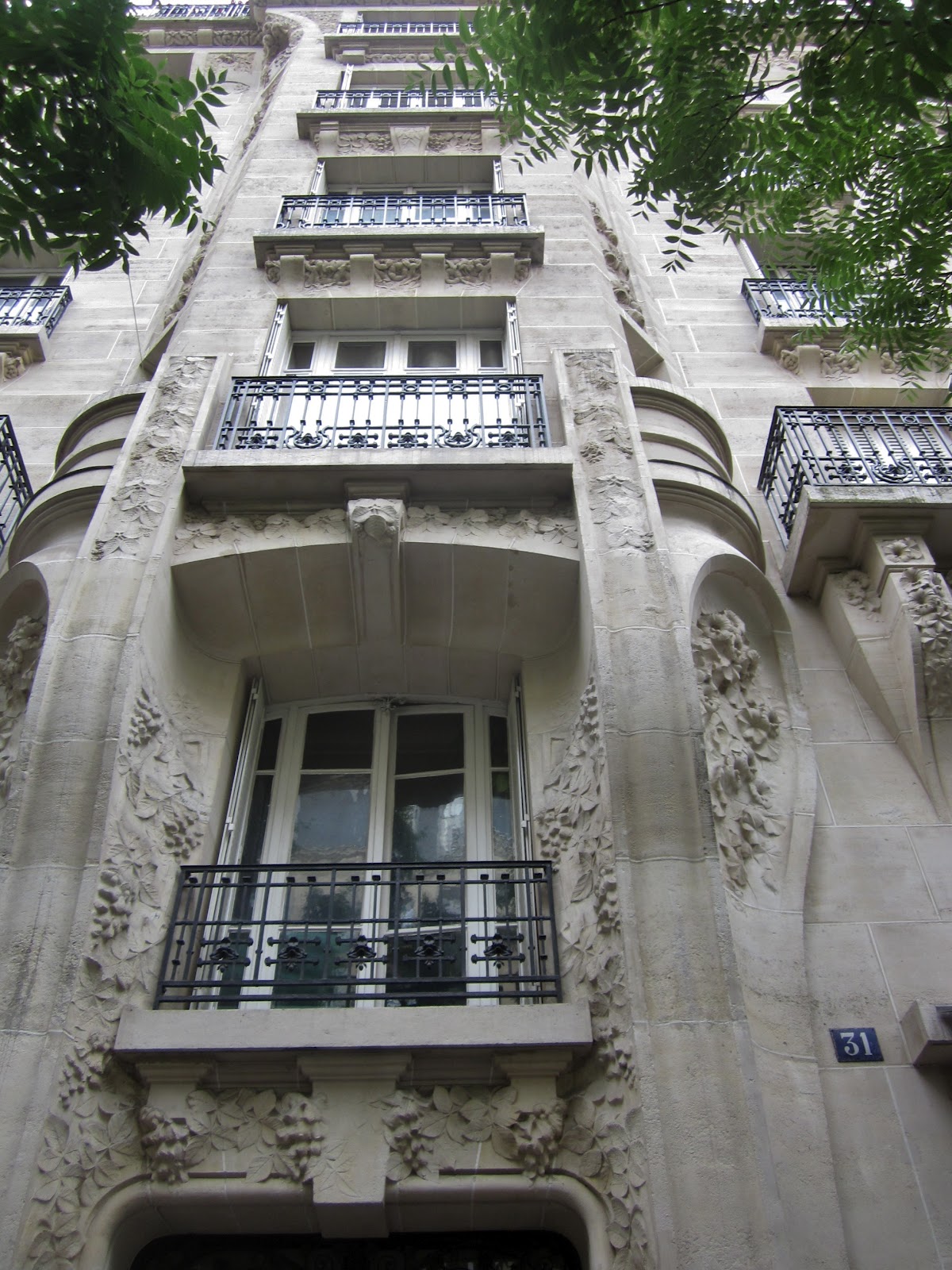 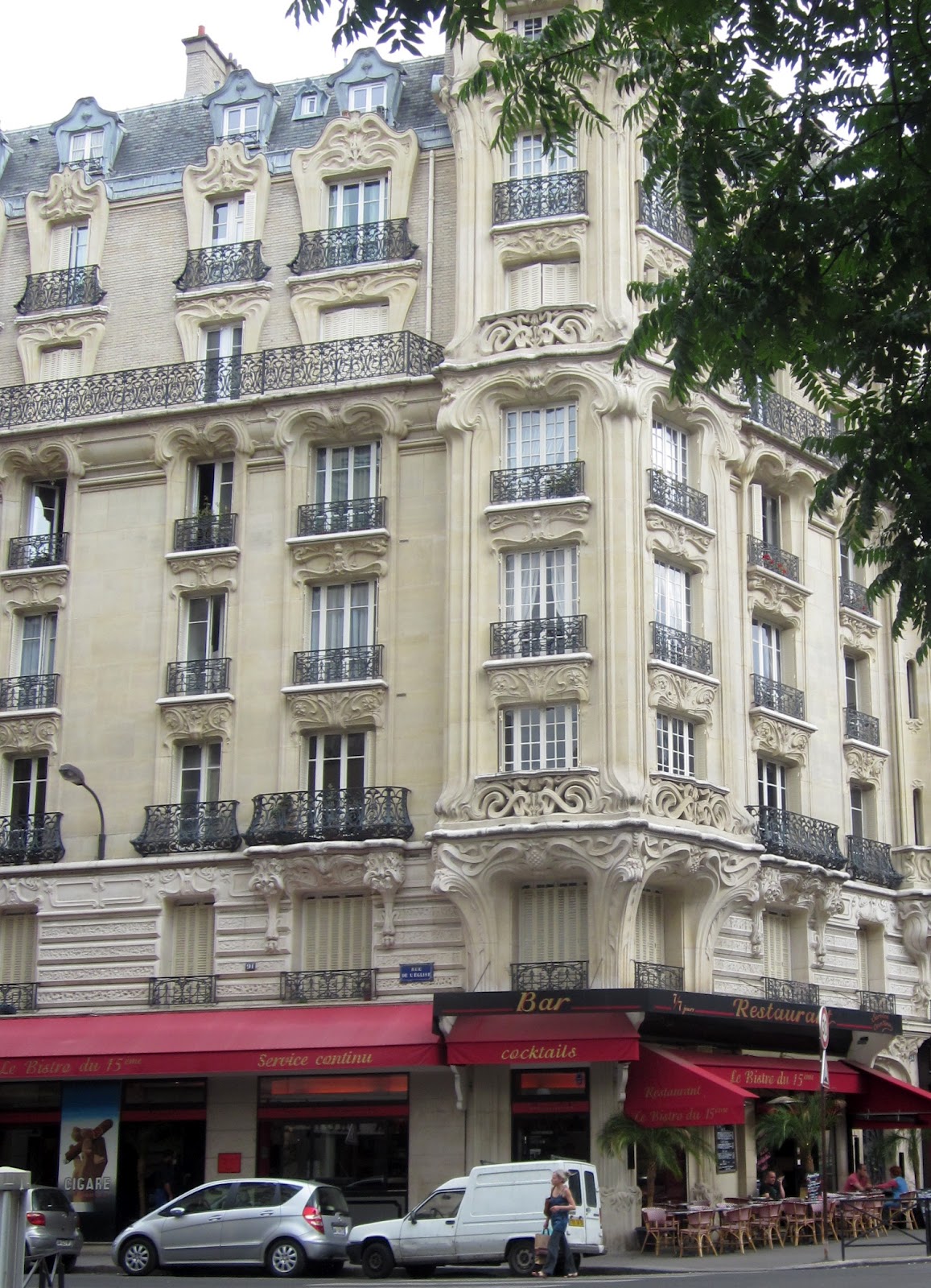 Now this building takes your breath away. It's by an architect named Alfred Wagon who obviously was pretty good at this Art Nouveau stuff. 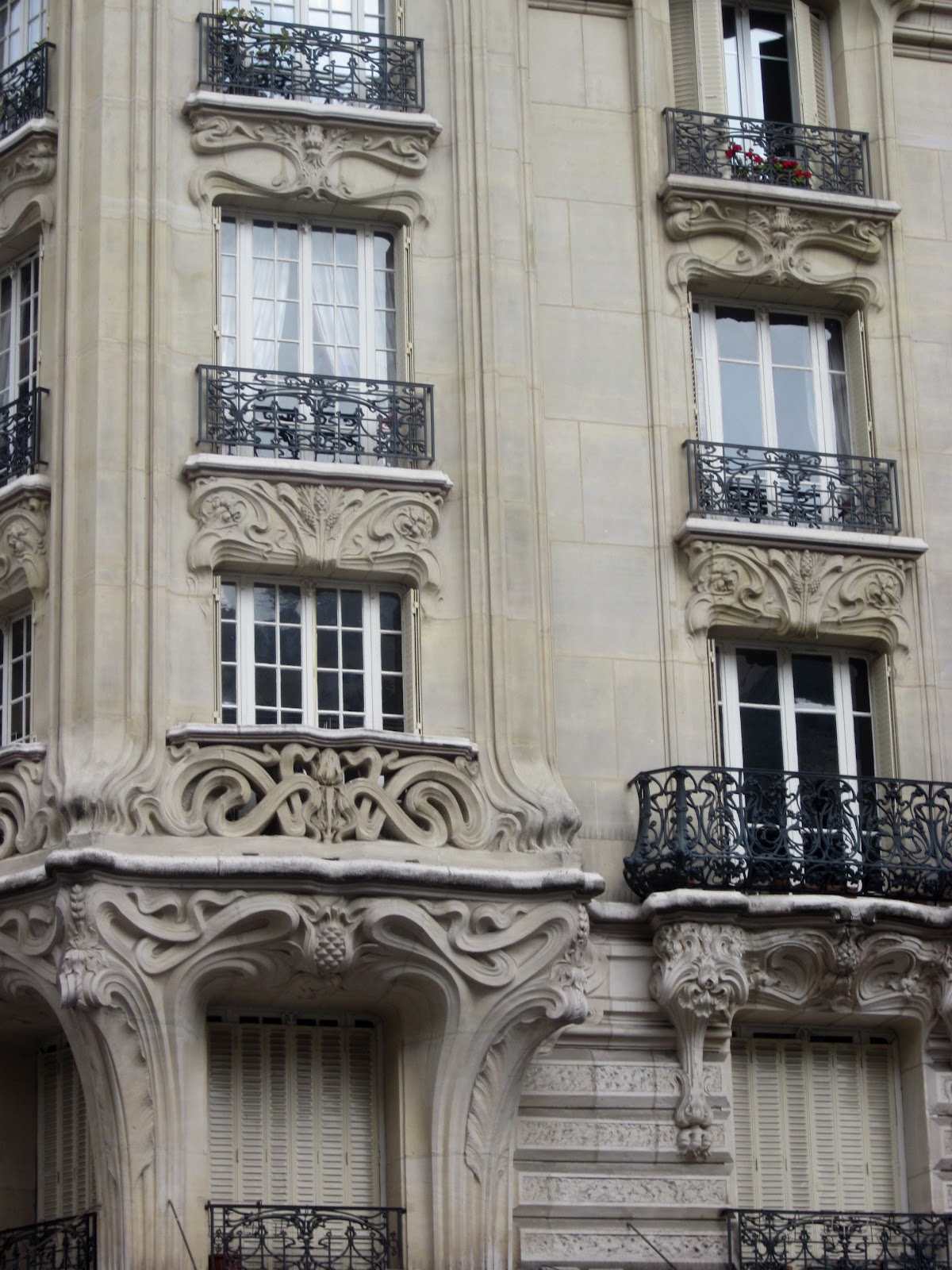 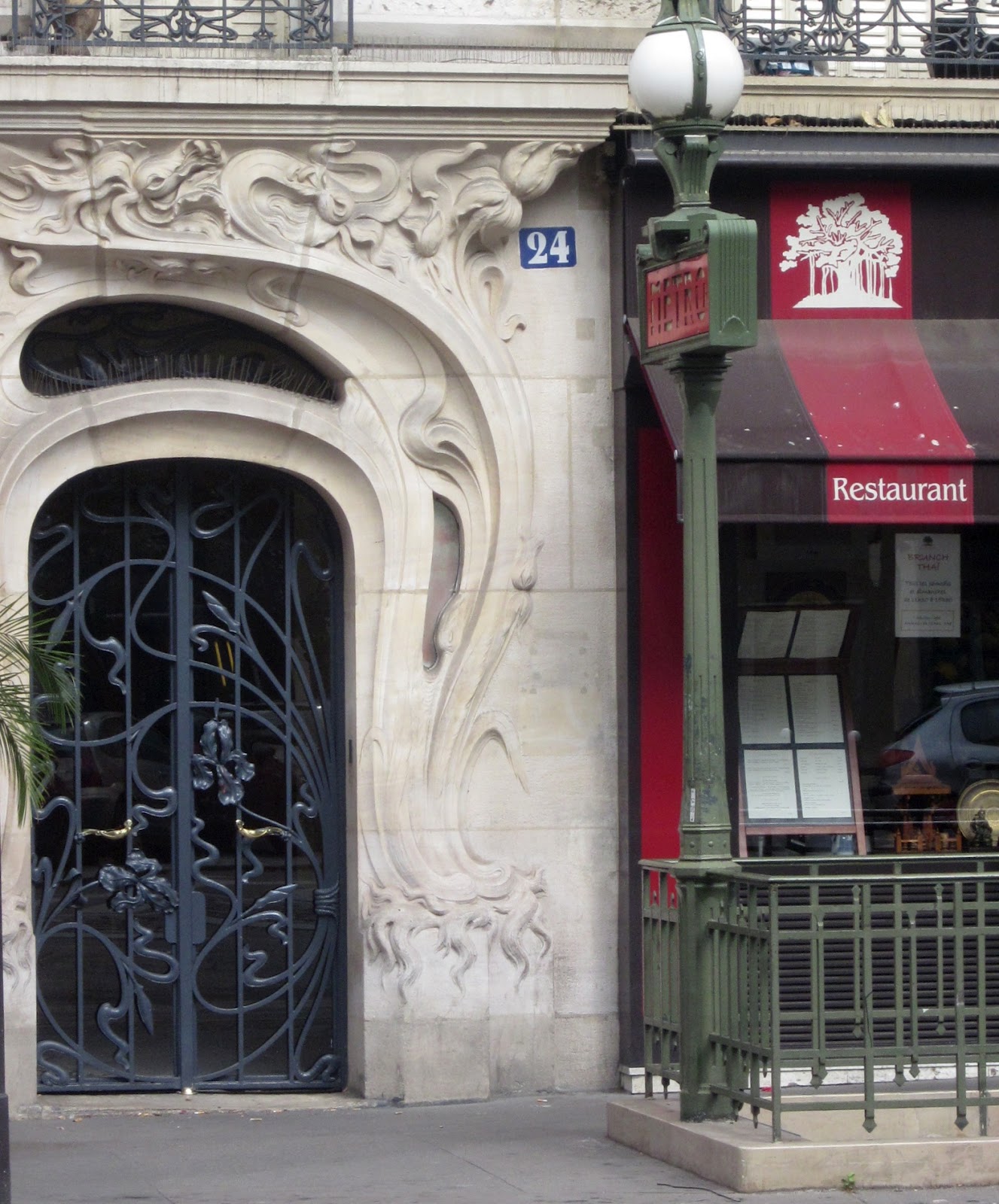 Back in 1980 Marianne and I moved from the USA to Australia. We decided to go via France and Spain and duly arranged a two month lease of a small Citroen. We think we picked the car up here in Paris and drove it out of the city through the pouring rain. Of course the roads were jammed with cars and after a while I noticed that the blinkers were reversed.

Somehow we got out of the city and drove to a small hotel just south of Reims that I had picked out of the Michelin Red Guide. We went down to dinner and proceeded to have one of the best dinners in our life. As we walked into the dining room Marianne noticed the dessert trolley but thought we probably would not get access to it. Lo and behold at the end of the meal, the trolley was wheeled over and Marianne was in heaven. It's still a good restaurant though it looks to be more up market than it was over thirty years ago.

One of the above ground Metro Stations, La Motte-Picquet-Grenelle. 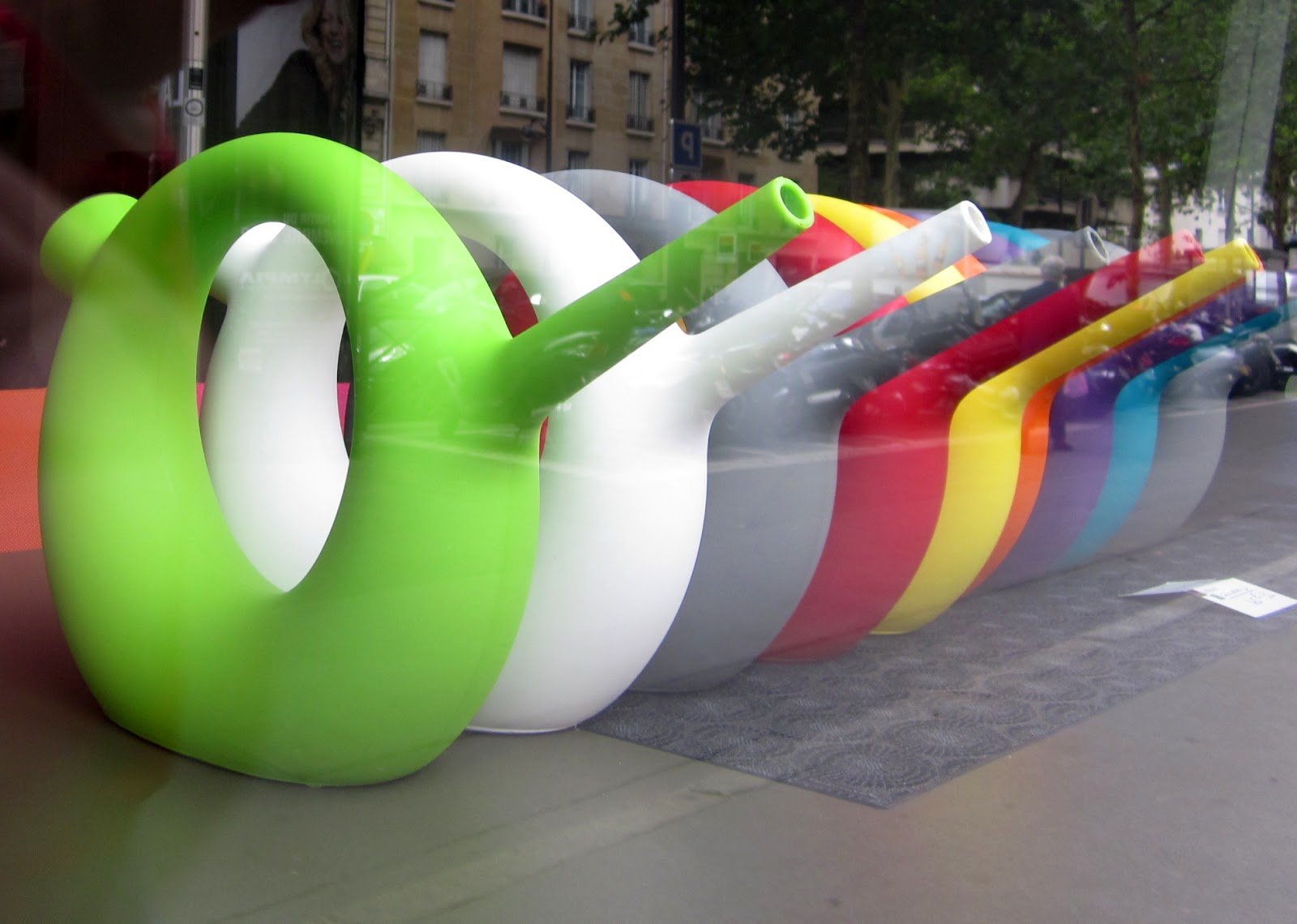 I think they are watering containers.

A convoy of bicyclists doing a tour. I'm not sure I would want to be riding a bicycle in Paris. Those Paris drivers are dangerous and the pedestrians are probably worse. 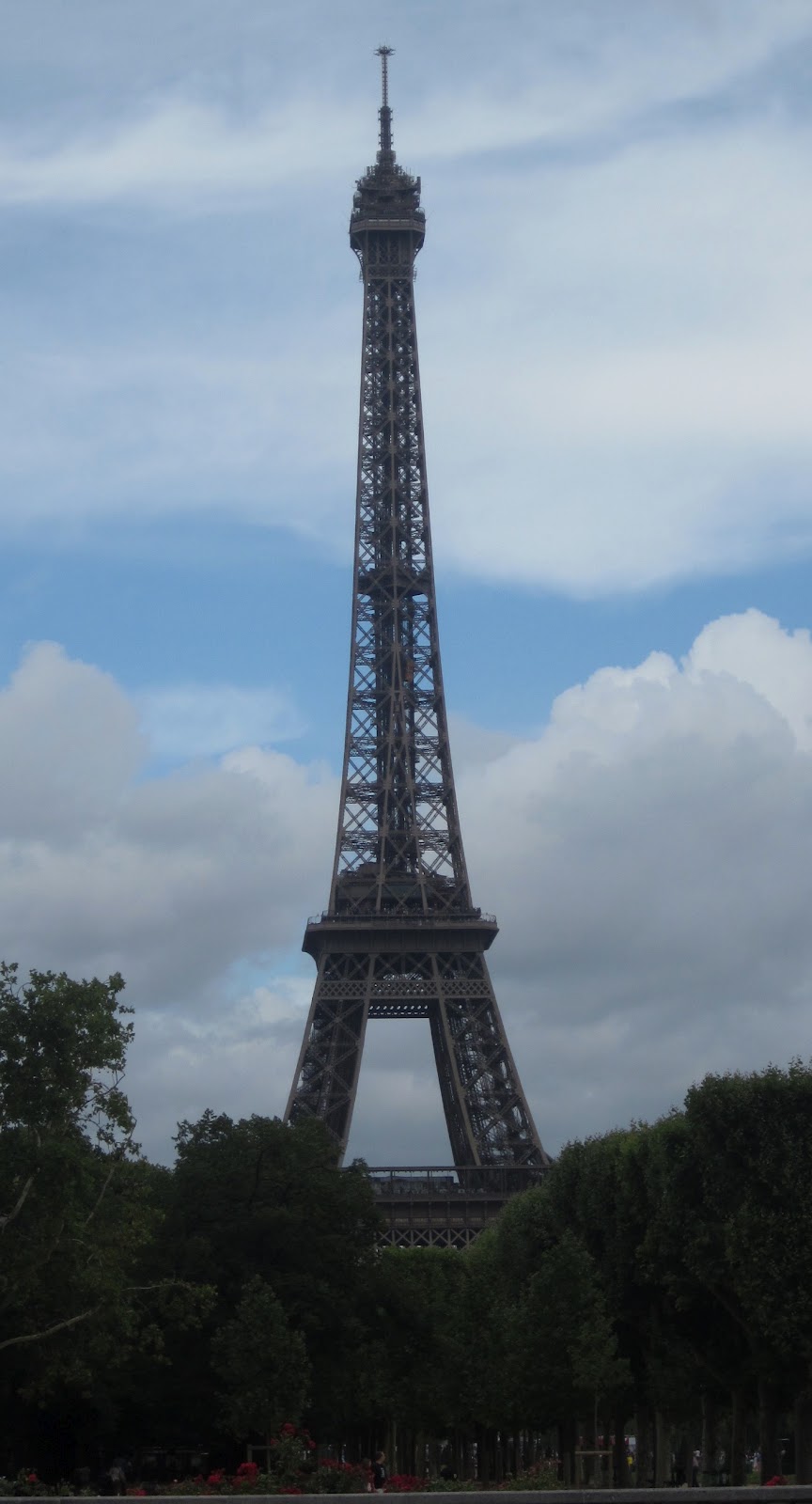 So there it is. You always get a thrill when you see it even if you've seen it many times before. It's a bit like seeing the Sydney Harbour Bridge or the Opera House. 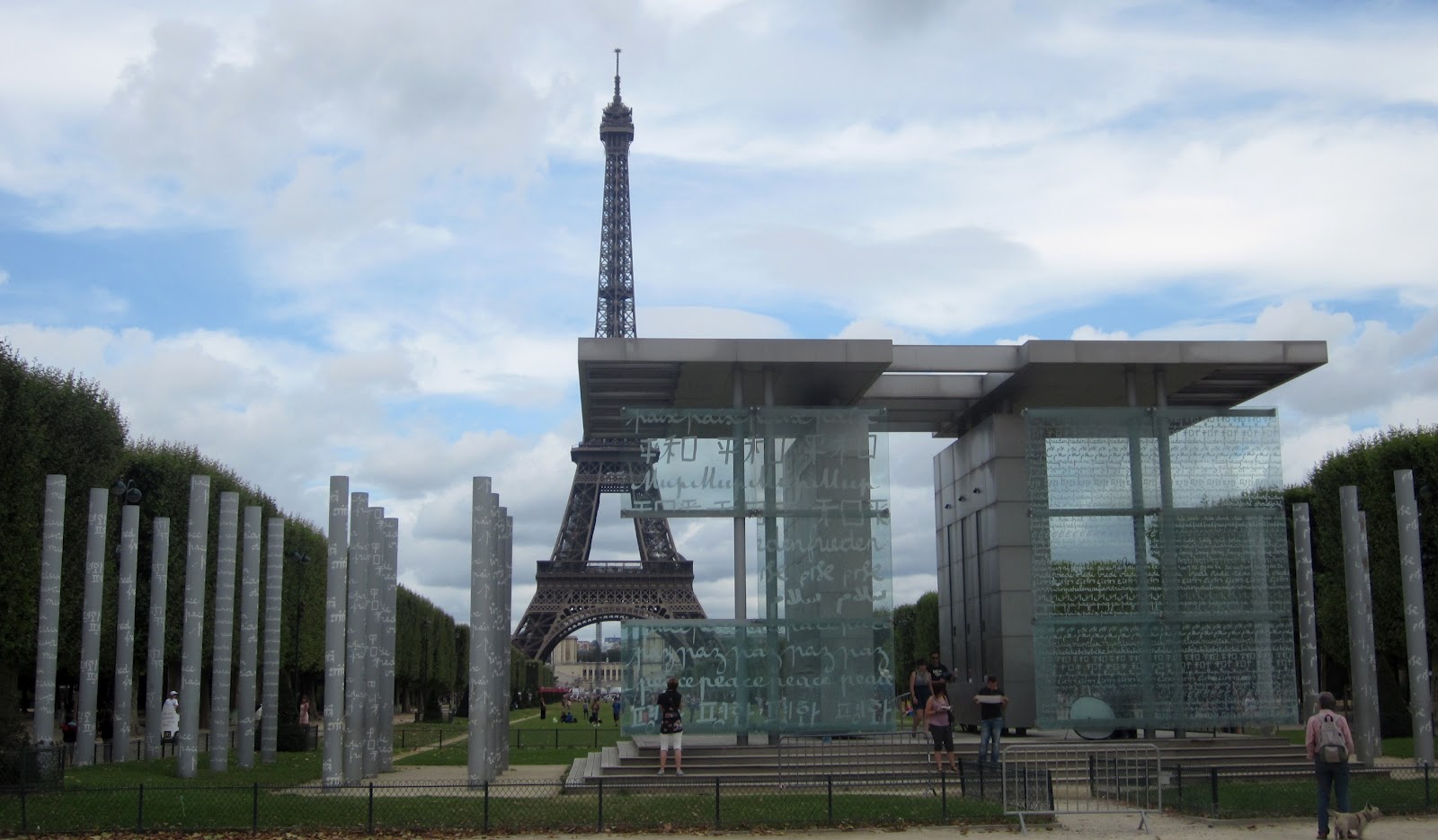 At the other end of the park from the Tower is a new (to us) thingy that is supposed to be a monument to peace. I can't say that it works for me. 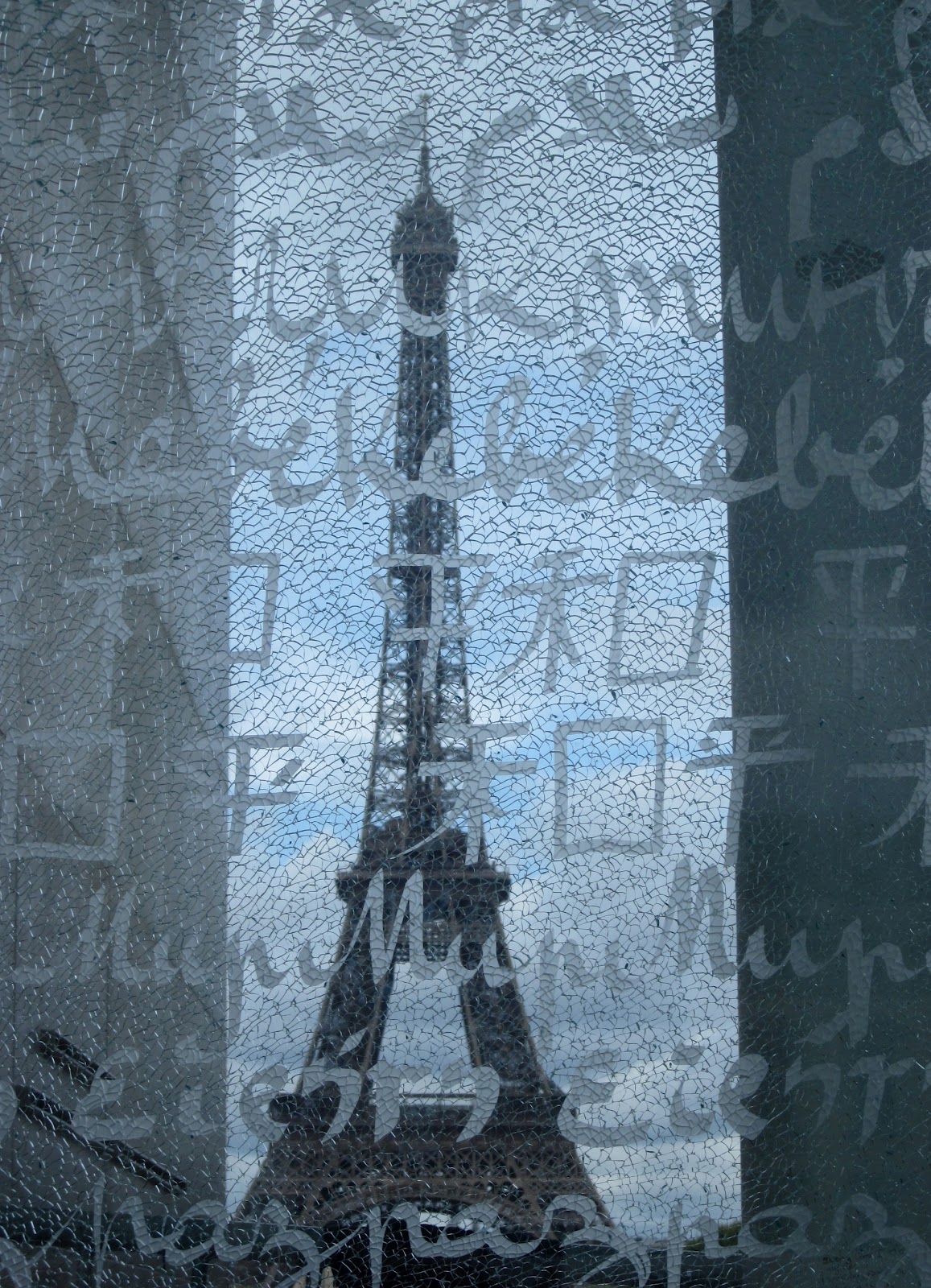 However, it does make for an effective photograph of the Tower taken through some frosted glass that is part of the thingy. 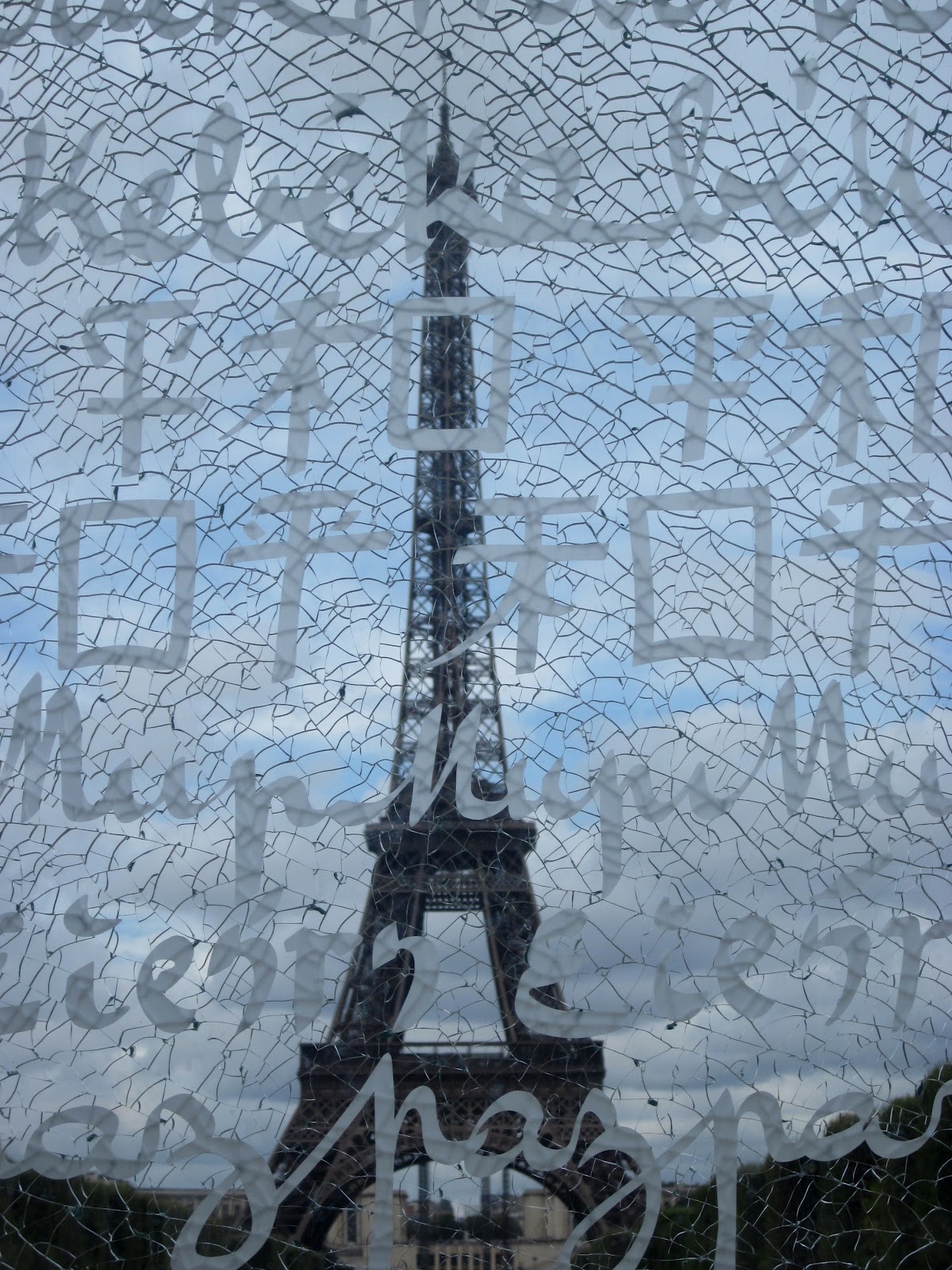 I can't decide whether I like this version or the preceding photo so you get both. I lean towards preferring the first. By the way, the word 'peace' is written all over the thingy in all languages . 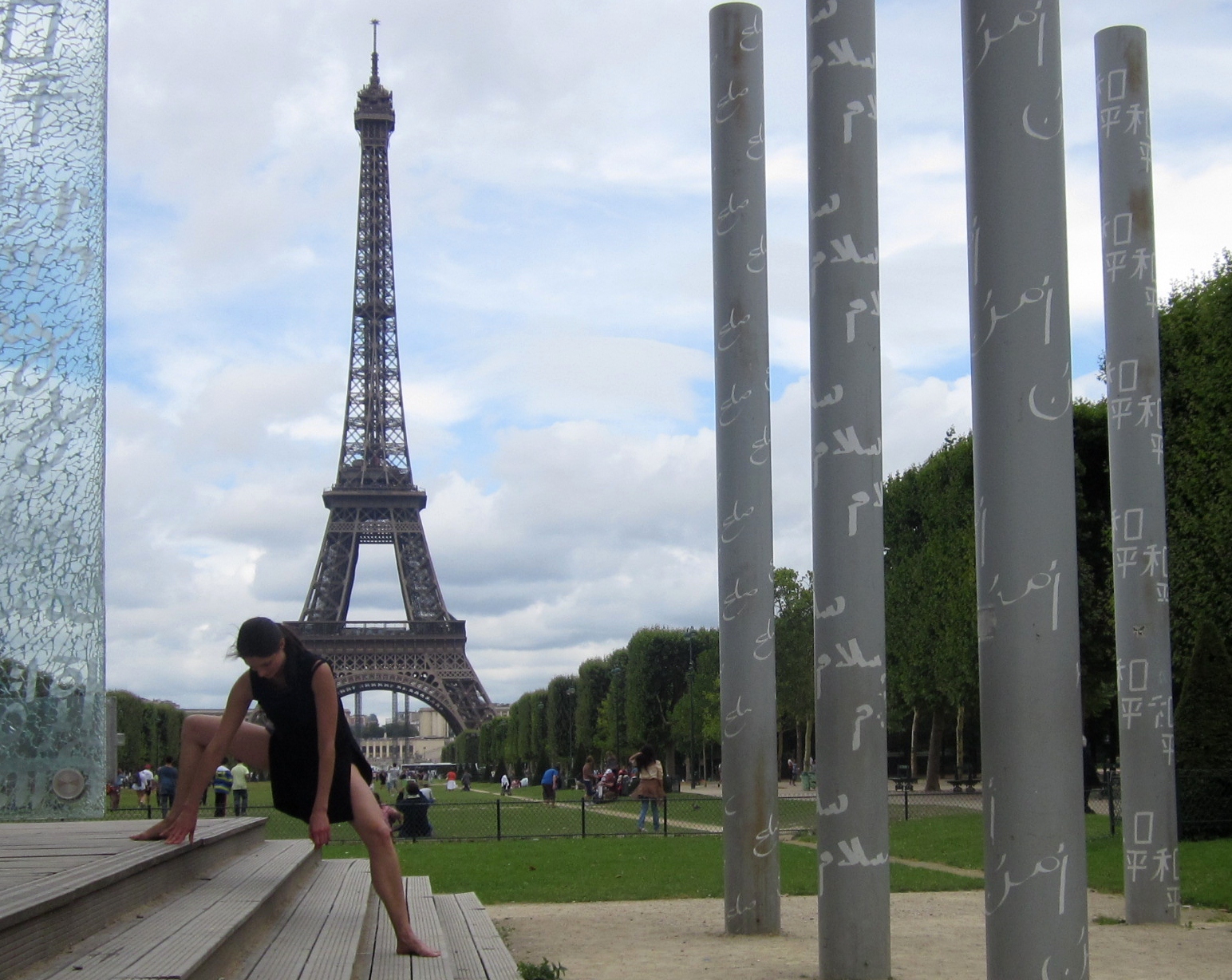 You can't see her, but there is a photographer off to the side getting this girl to pose. I snapped a couple of quick photos because you don't see anything like this most days at the Tower.

If I attempted to do this, it would not only hurt a lot but I don't think I could get up. 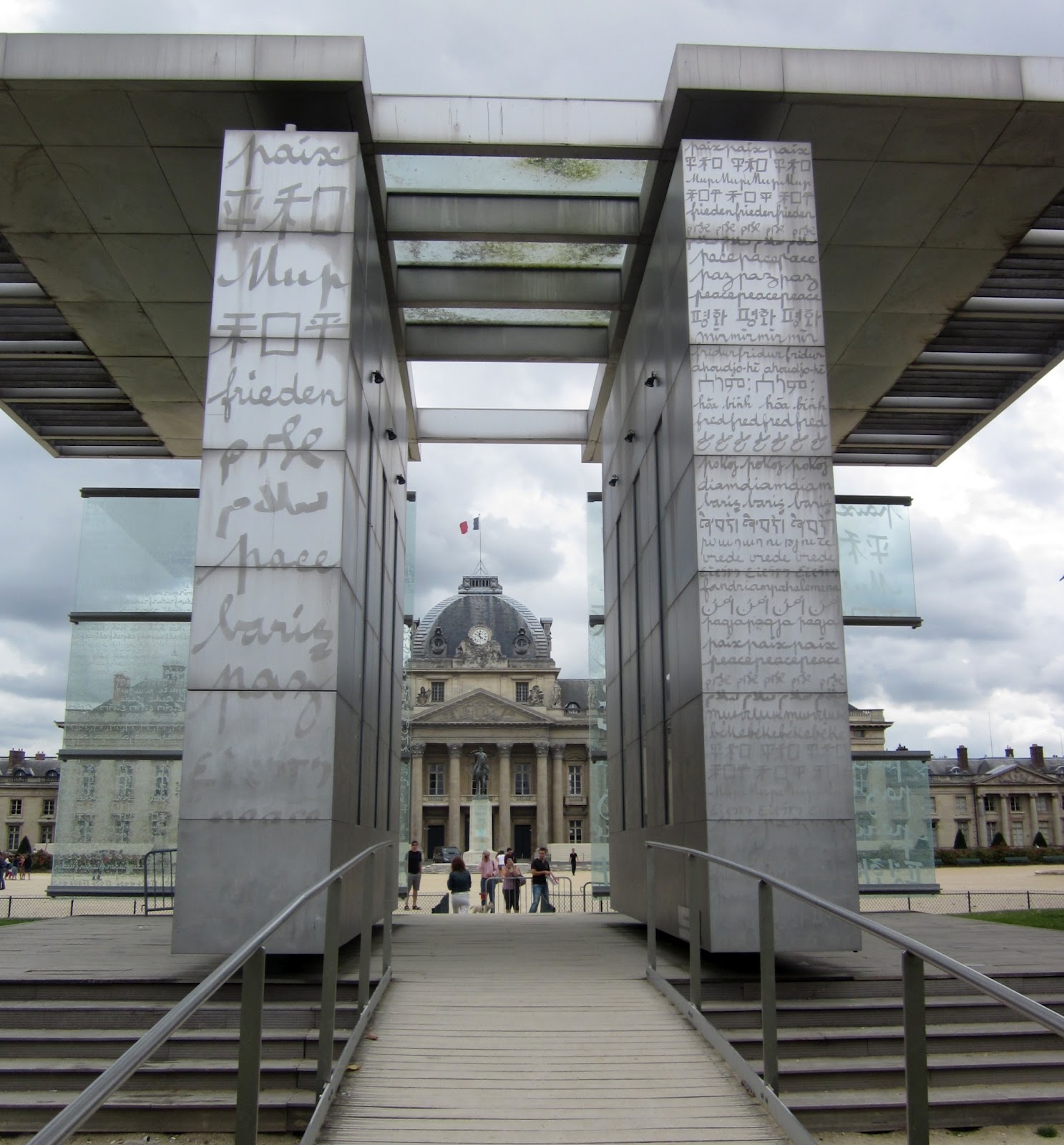 Looking back through the thingy to the Ecole Militaire. 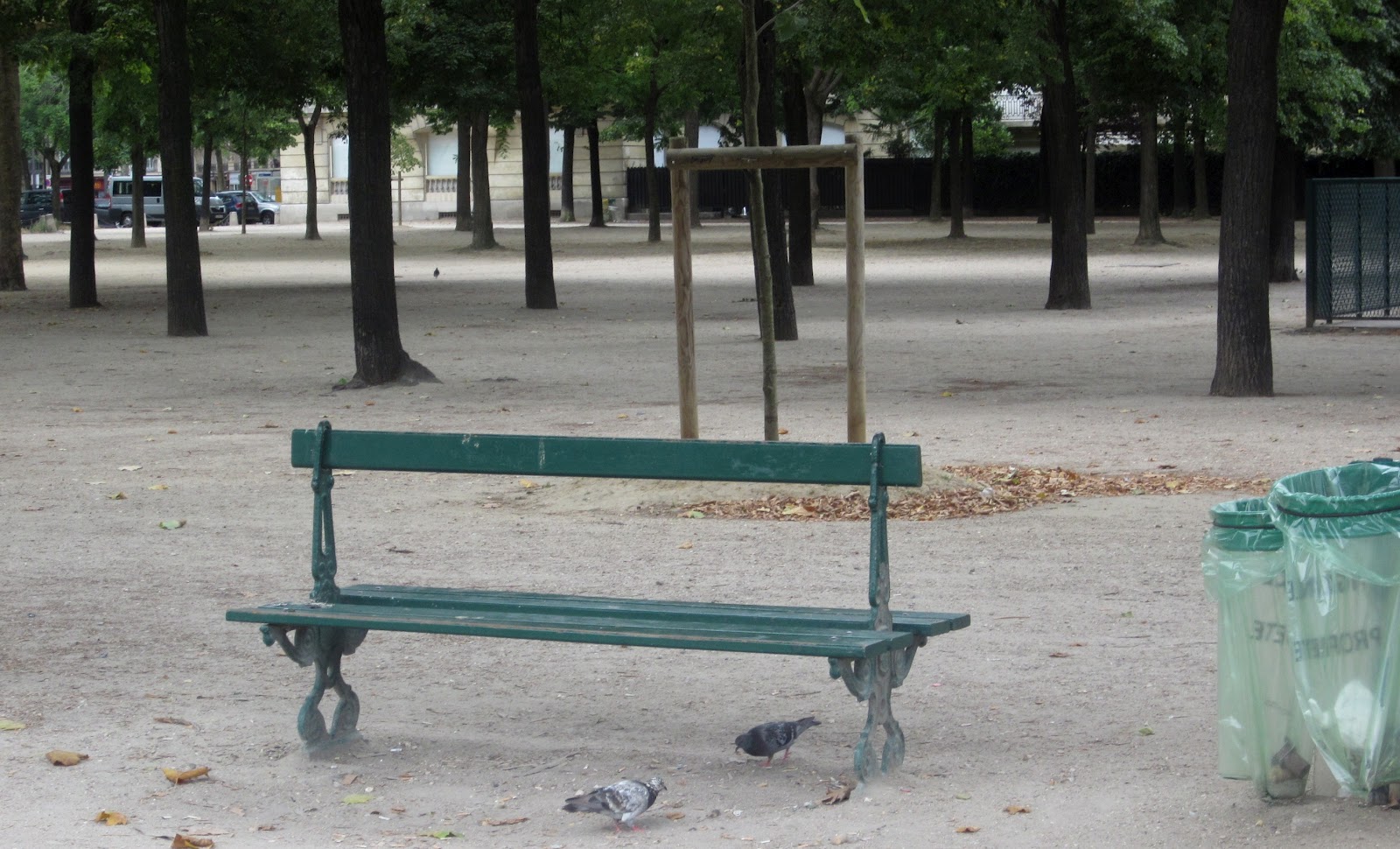 By now we had done enough walking so we sat on this seat for a while. 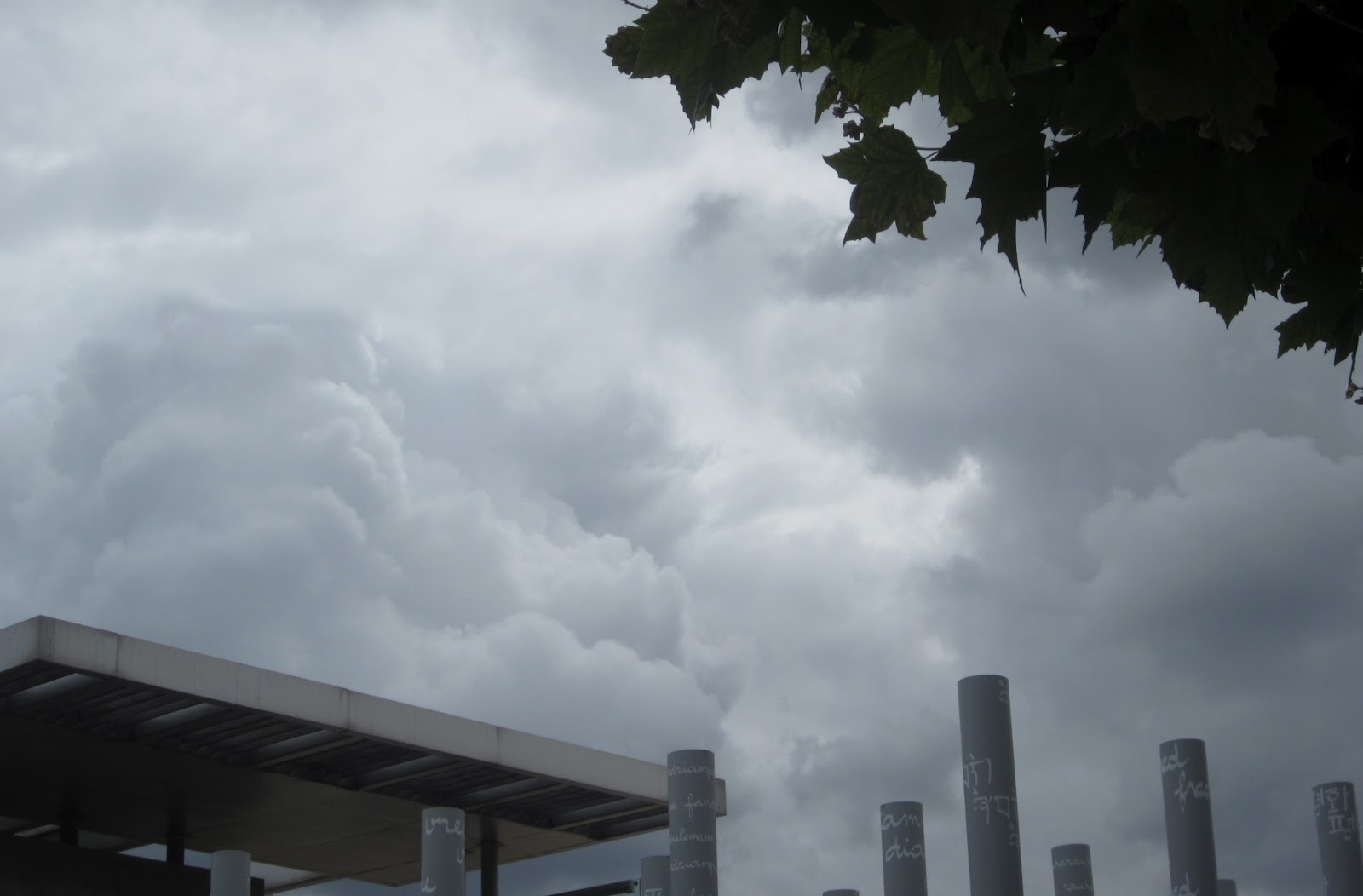 Rain clouds were gathering so we decided a retreat to cover would soon be needed so we headed back to the apartment. 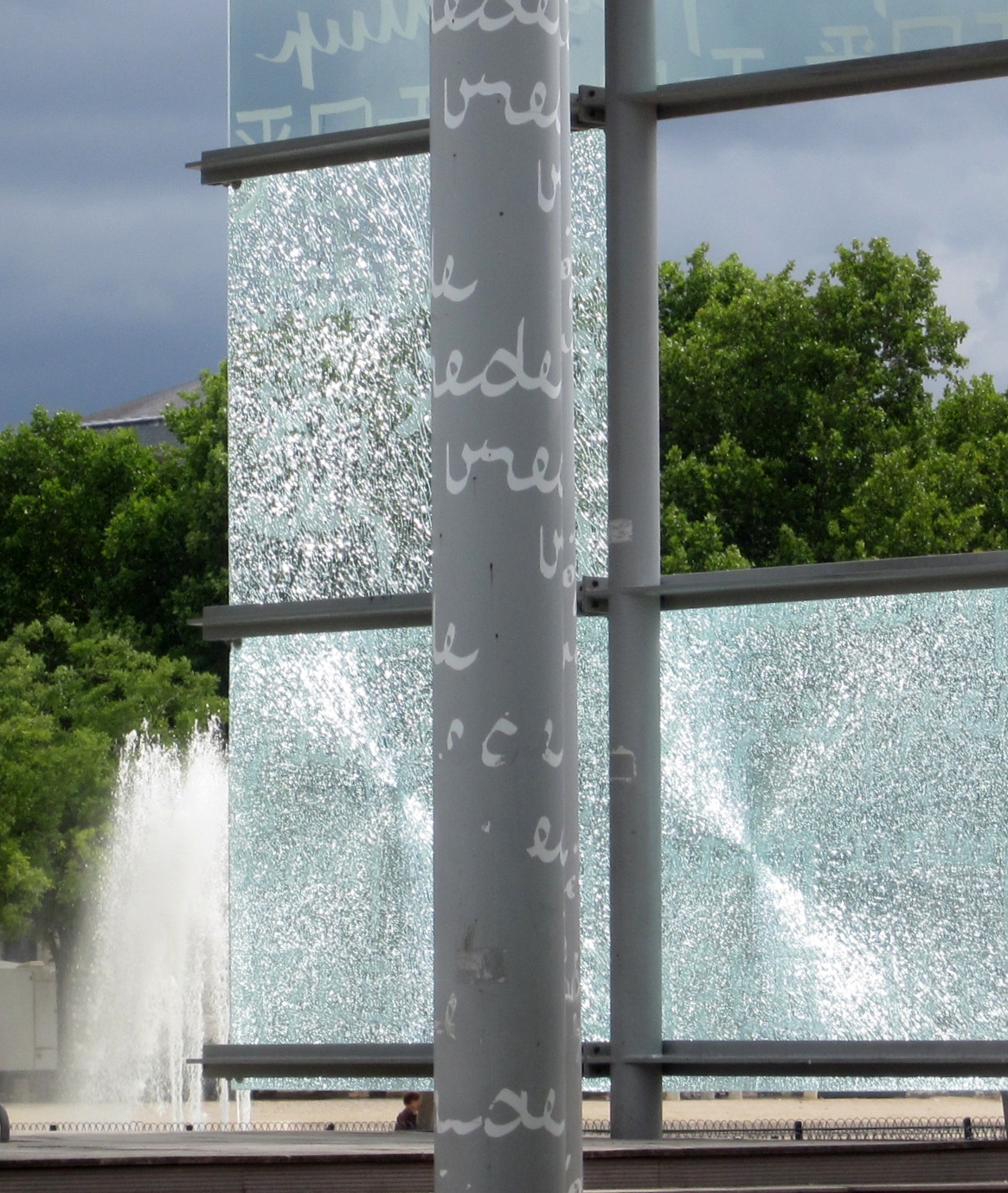 Just before we got up to leave, the sun came out and illuminated the glass panels on the thingy. 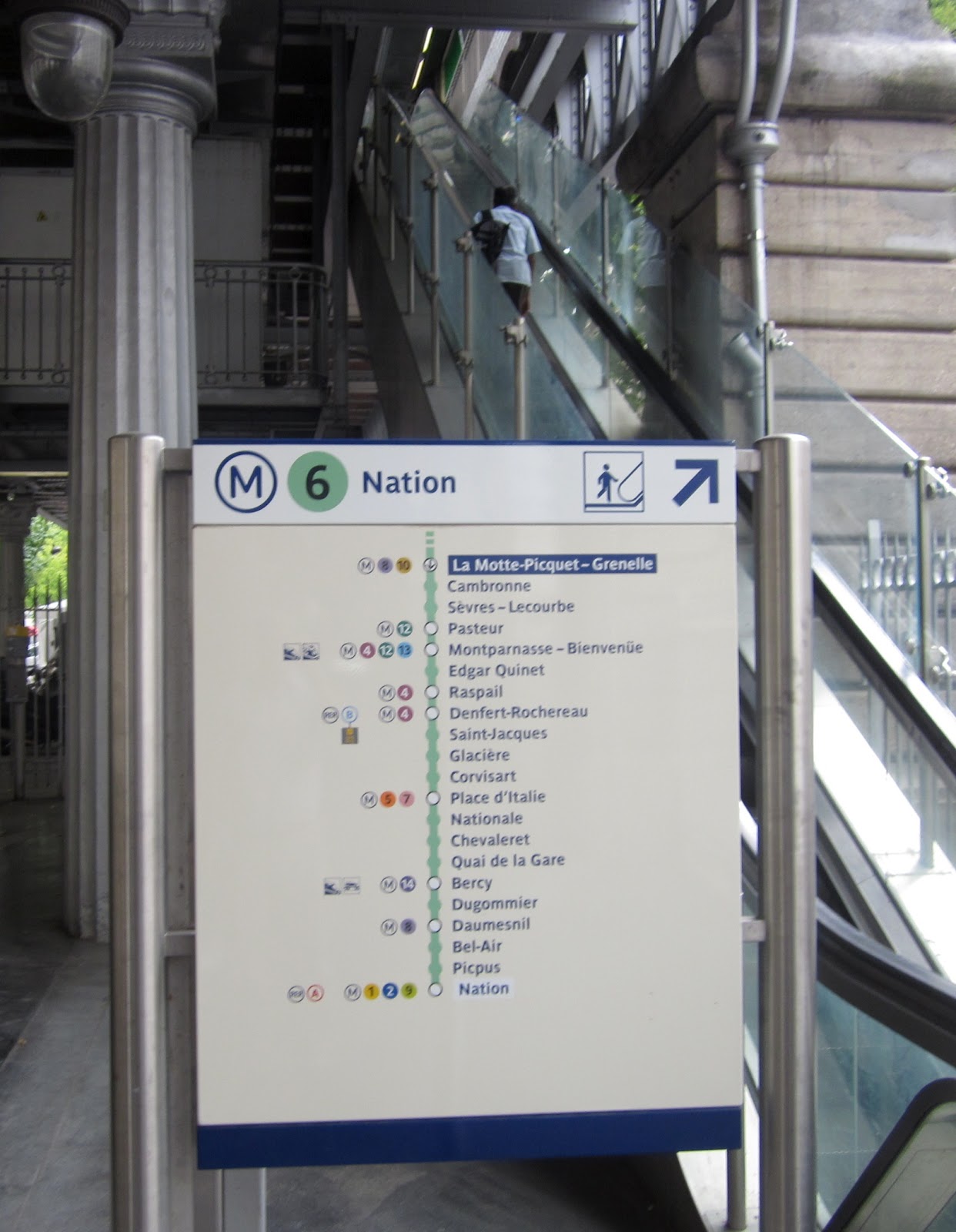 So we went up the escalator on Line 6 and that was it for the day.

Just before we sat down to lunch we could hear a hurdy-gurdy outside. As I took the video, the bloke operating the thing waved so we waved back.