The last time I had walked the Champs was back in 1974 so I was curious to see what I thought of it now. 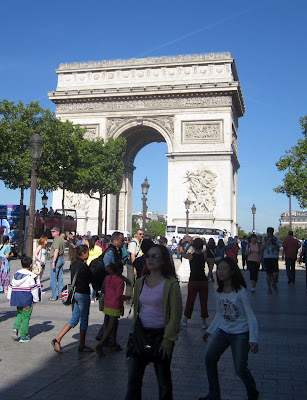 We started off at the Arc de Triomphe end on a beautiful morning. 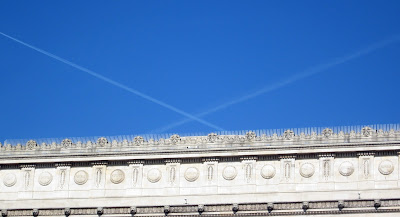 Two planes obliged for this photo. 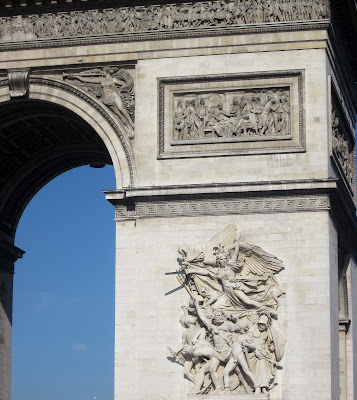 We didn't bother to try to get out to the Arc, the traffic is murderous. 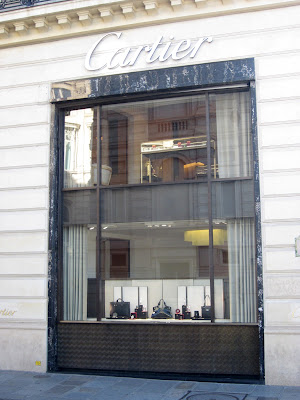 So we made do with Cartier instead. 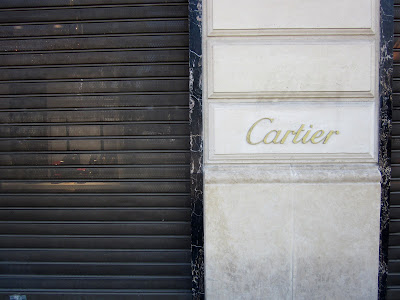 Unfortunately they were not open yet so Marianne is going to miss out on the baubles I was going to lavish on her. Damn! 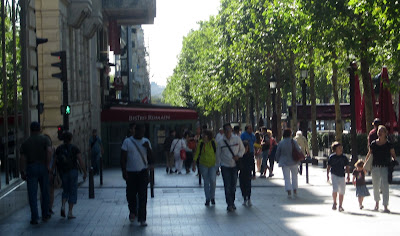 There were plenty of people about but most seemed to be ordinary tourists like us. That means with limited money that encouraged window shopping. The few shops that were open mostly lacked customers, except for the McDonalds or course. 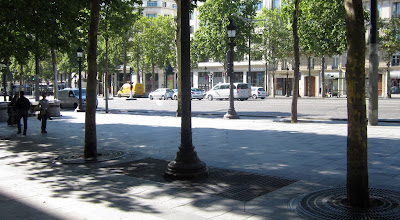 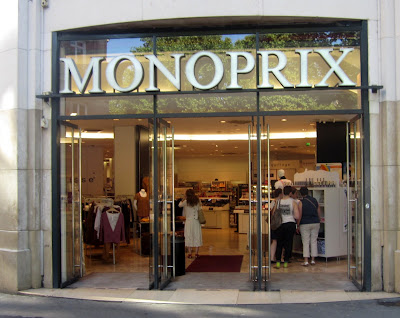 Why go here when there is one that is probably bigger directly beneath our apartment. 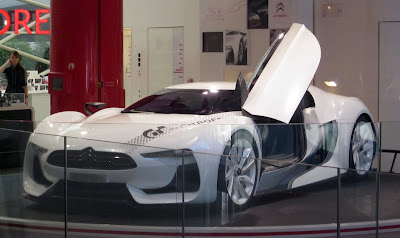 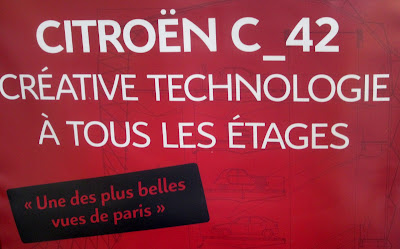 Now I think I could turn a few heads in North East with one of these. This is not the model of the car but the name of the building. Take a look at this. I didn't realize it was such a special building and didn't go in. That was a mistake and perhaps I will go back before we leave.

As to the car, take a look at this. 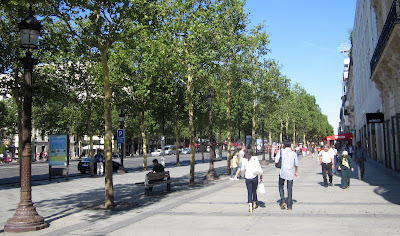 To be honest I thought the street was boring. Maybe when the wealthy appeared it might perk up a bit b ut I felt it lacked the energy that you feel in the typical Paris streets. 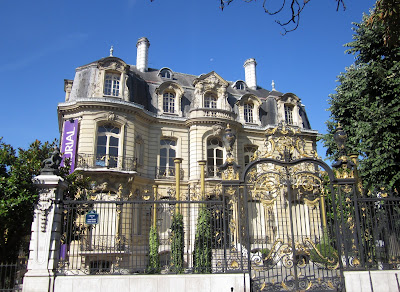 However, this building at the round about at the Franklin Roosevelt Metro makes the walk worthwhile.