We decided to go to Montmartre, check out Sacre Coeur and then wander through the Passages (arcades) on the way south to the Seine. 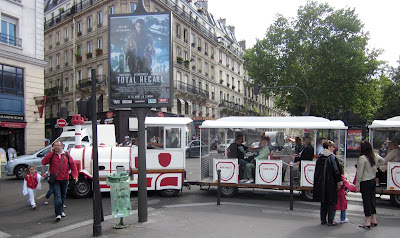 As usual we took the Metro and decided to get out at Pigalle. The first thing we saw was the tourist train. I would rather cut off my right arm than be seen on one of those things. 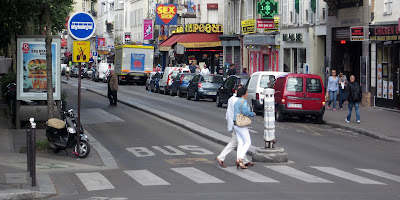 The area is famous for its sex and strips joints. Phillipe took us down here as part of our whirlwind tour of Paris on the night of our arrival. Like most of these areas they look much better at night. 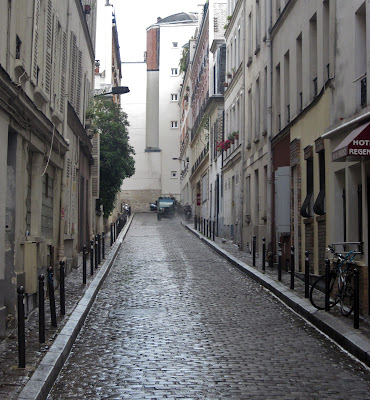 Once you look down the side streets however, you see ordinary Paris. Utterly respectable. 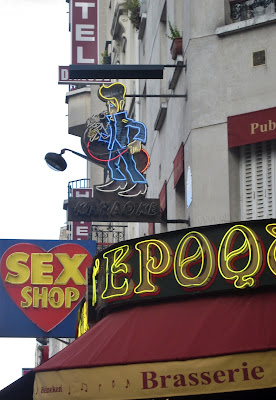 Look at this photo and then the next taken in the opposite direction. 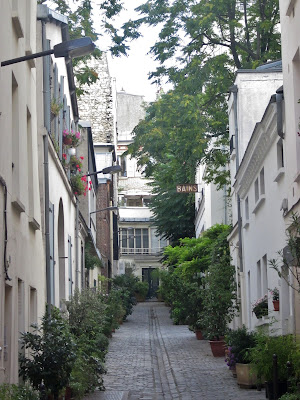 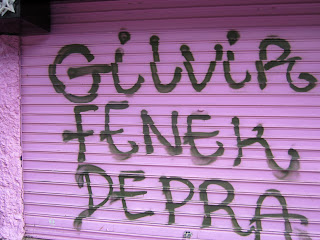 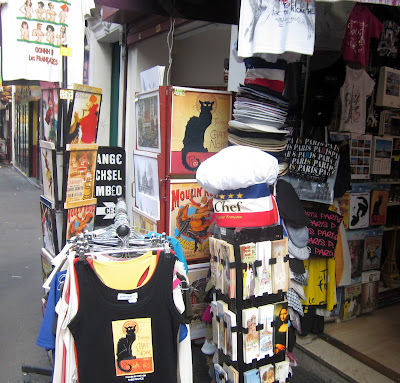 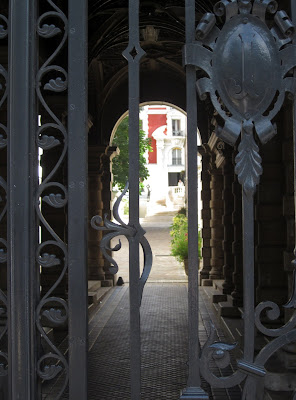 This dichotomy between the bawdy and the serene was what impressed me the most about the area. 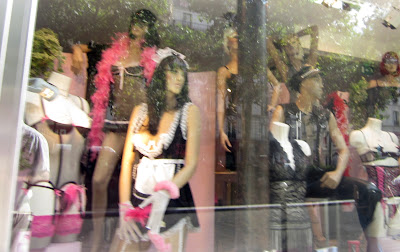 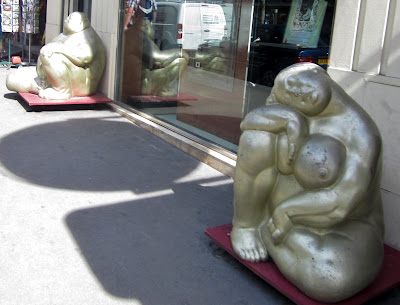 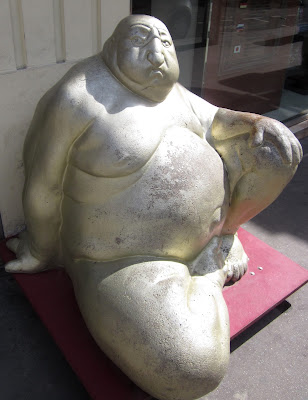 If I didn't train for the Grand Canyon I probably would look like this. But not as distinguished of course. 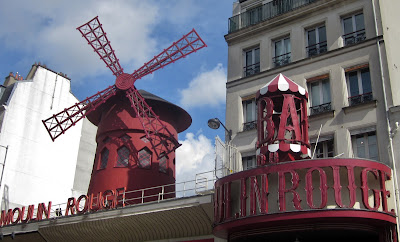 Moulin Rouge. It looked much better at night. 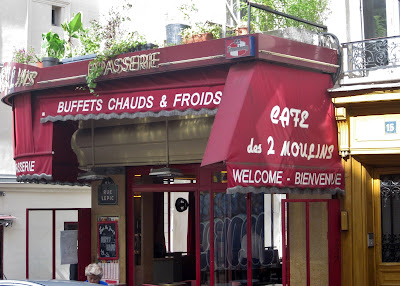 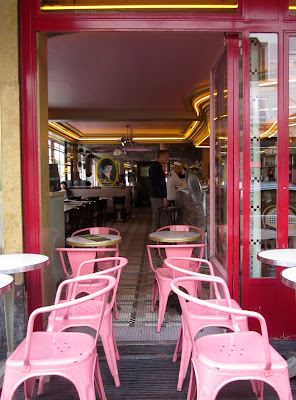 So what are these photos here. You have to click on this one and look in the back left. 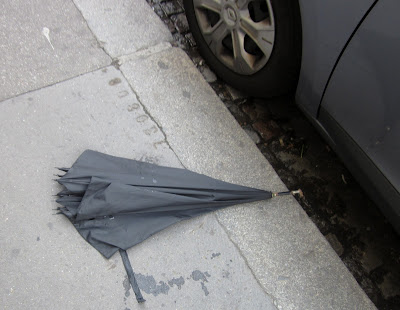 Edgar Allen Poe wrote a tale of 'Mystery and Imagination' about this. The case of the umbrella with no handle.