It was a Saturday and we decided to walk to the Porte de Vannes Flea Market. Normally I avoid these things like the plague but I thought a French version might be different and some of the reviews were encouraging. 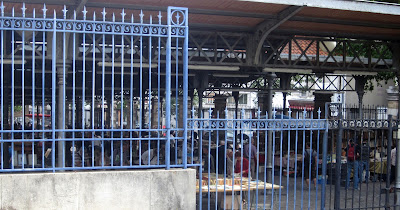 This is not it but this appeared to be some sort of book market at the south end of the Parc Georges Brassens. Perhaps we will check it out some time. 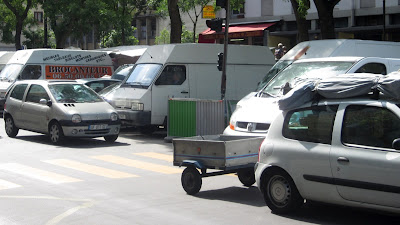 After walking about a mile or so we came to the market which is mostly in a Rue du Général Humbert that turns into a Rue Maurice Bouchor. French streets are like that.  The white vans belonged to the vendors. Marianne read that there are two markets each Saturday. The first market ends about 2pm and then another market sets up in its place.

When I take photos in markets, I hold my camera at waist level and snap away so that I don't annoy the vendors or people wandering about. It does lead to some blurry photos so don't bother clicking on them to see detail. Think of these as impressionist photos. 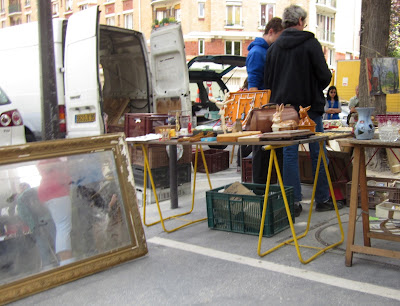 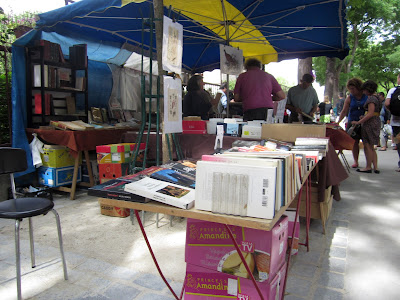 There is junk of all kinds and it goes on and on. Of course, one man's junk is another man's treasure so it is all in the eye of the beholder. To this beholder, it is junk. 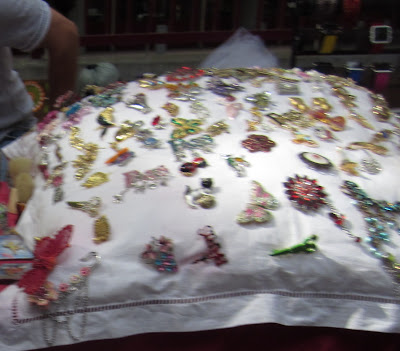 Very blurry but there were oodles of small doodads. 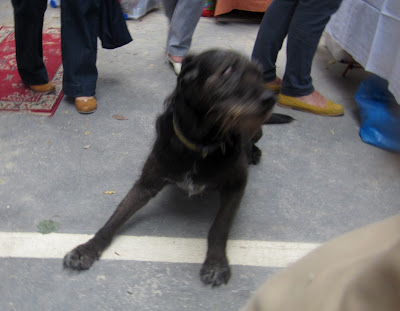 The dog was not for sale. 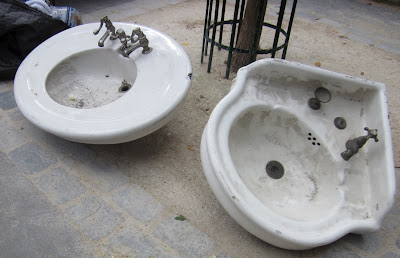 Perhaps the most useful items there for sale. 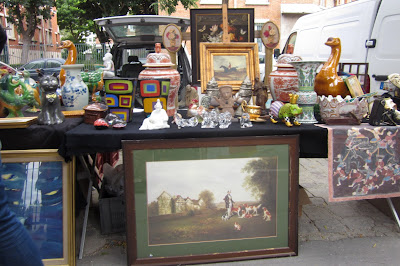 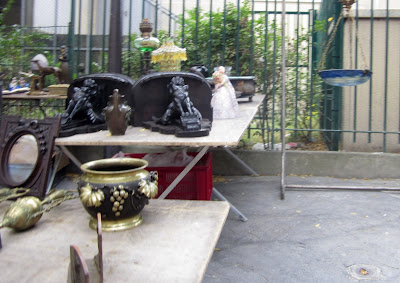 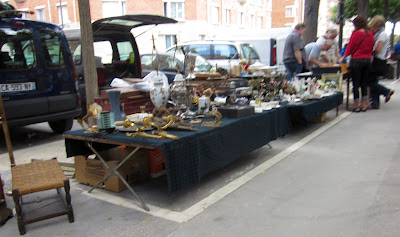 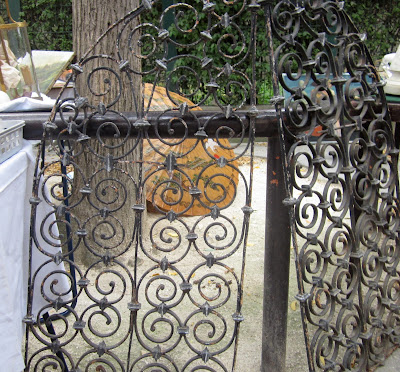 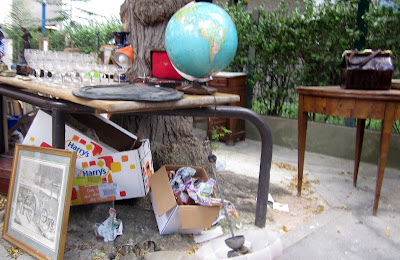 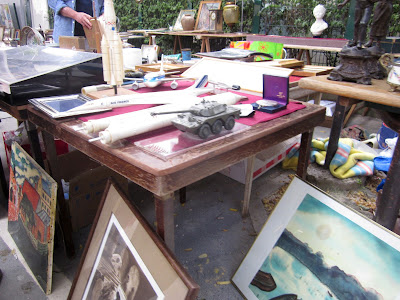 So on and on we wandered. Marianne complained at one stage that I was leaving her behind as I strolled along so I got my revenge by making sure that she was always in front. Then she realized that like a large bulldozer, I cleared a path for her through the crowds of people. See, I can be useful at one of these places.

But the market is still selling stuff I have no use for. I have no plans to return.