A brief walk in Udaipur

Since we arrived in Udaipur about noon, I went for a walk after I had finished having a shower and a nap. 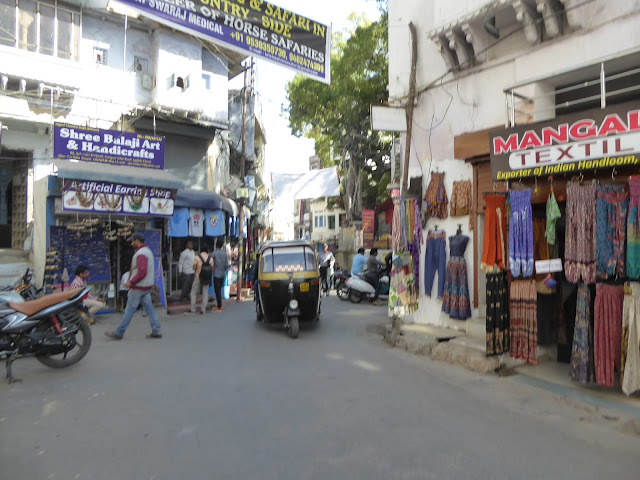 Outside the hotel. There is a reasonable amount of traffic but it is relatively easy to cross the road. 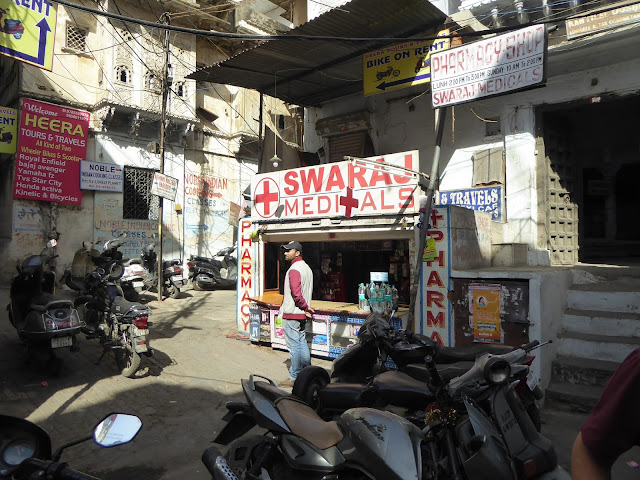 Chemist just around the corner. The hotel has a great location and there is even an ATM nearby. 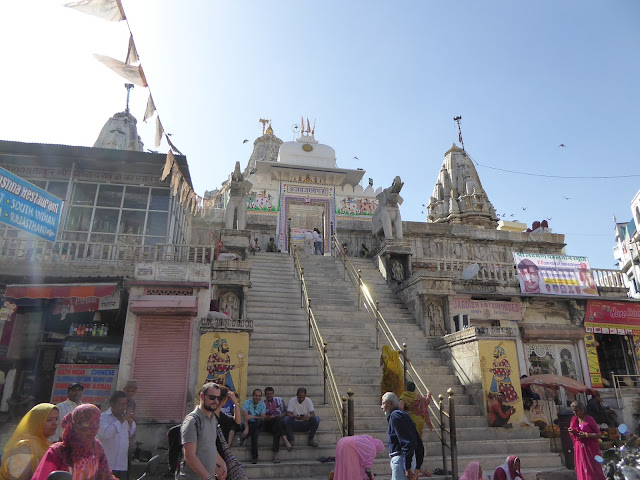 Steps to a Hindu temple. I did not go up there. 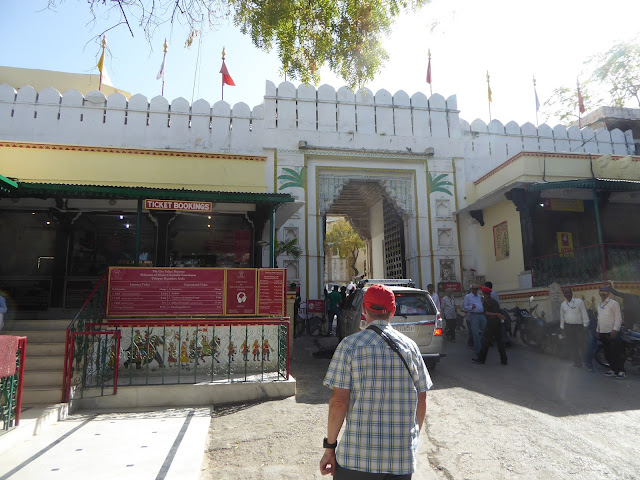 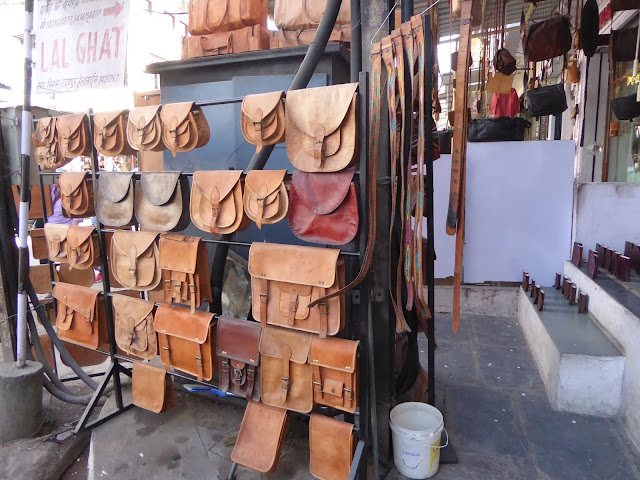 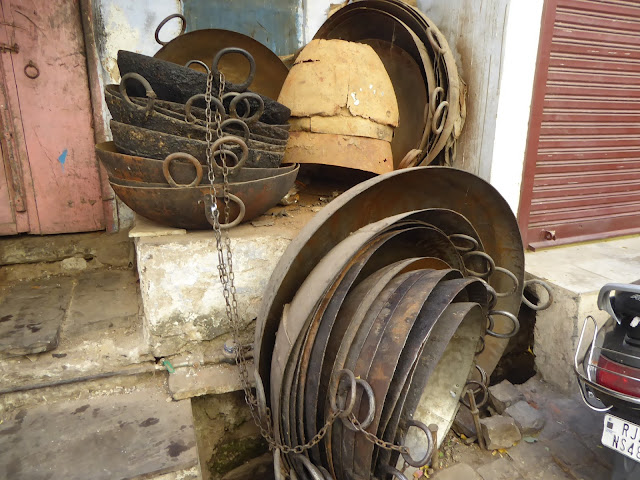 Now those are woks. 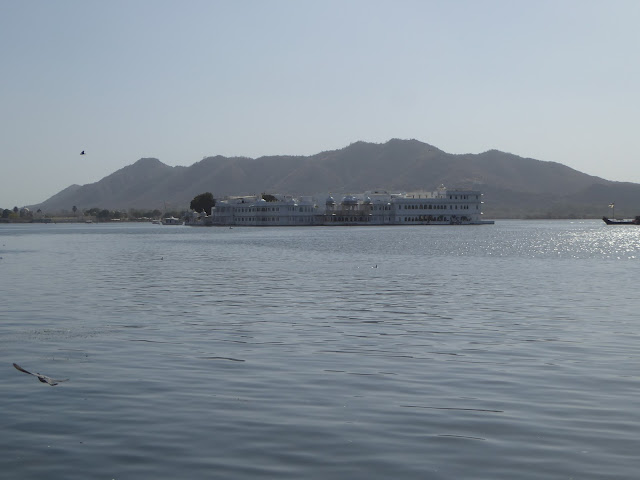 The Lake Palace which was used as a location in the James Bond film, Octopussy. Apparently the film is shown constantly in Udaipur since some of the movie was filmed here. 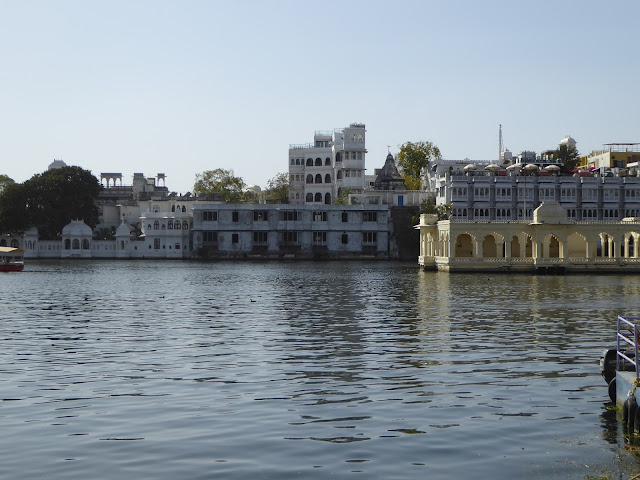 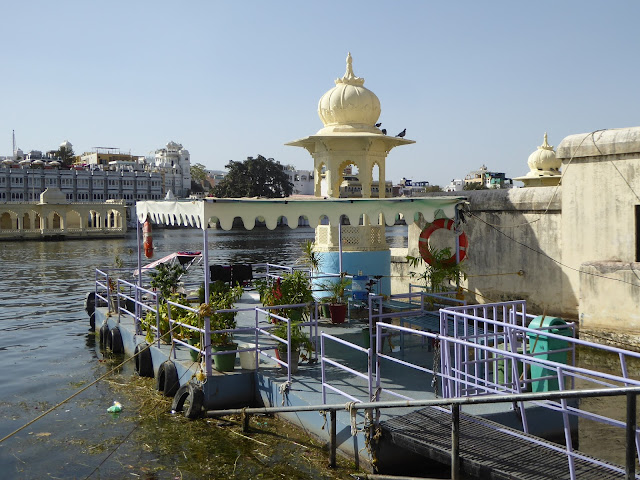 I continued on beside the water. The boat ride left from here later in the day. 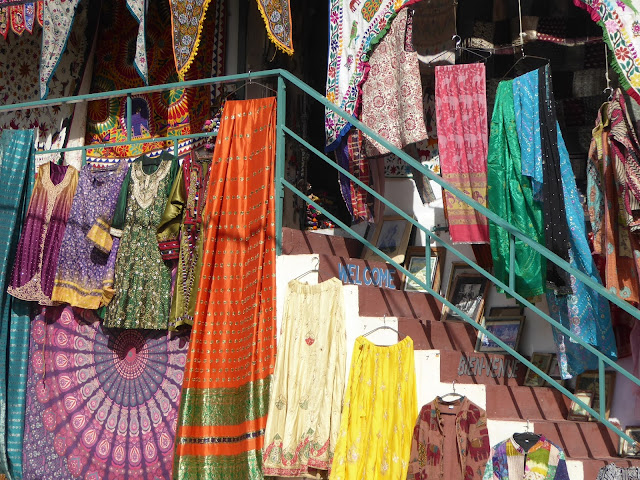 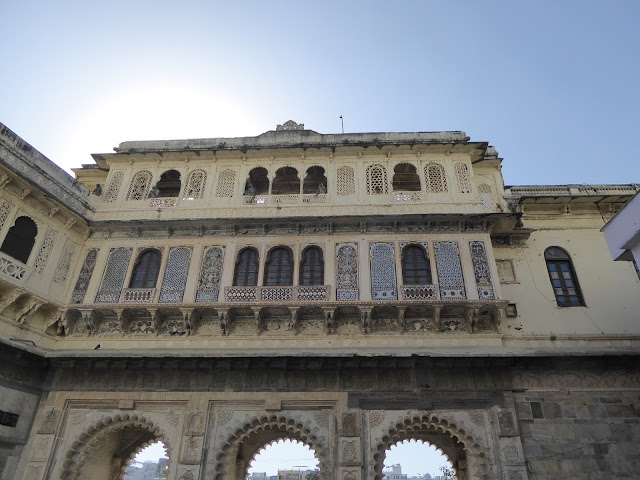 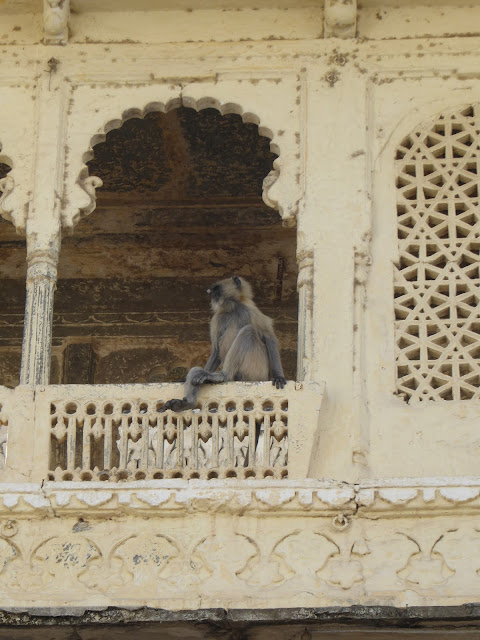 A monkey who is visible in the prior photo towards the top. 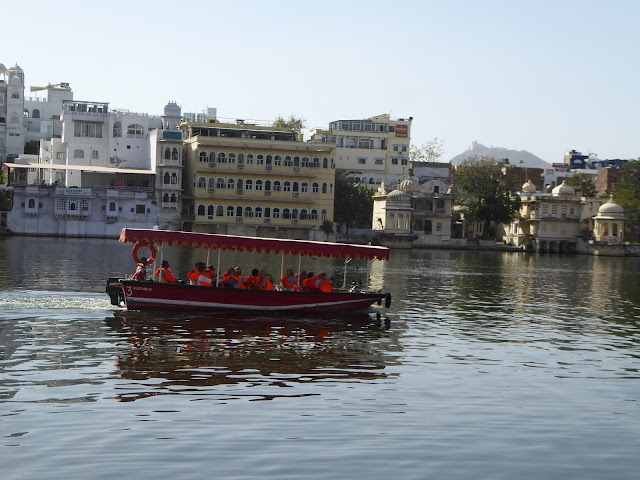 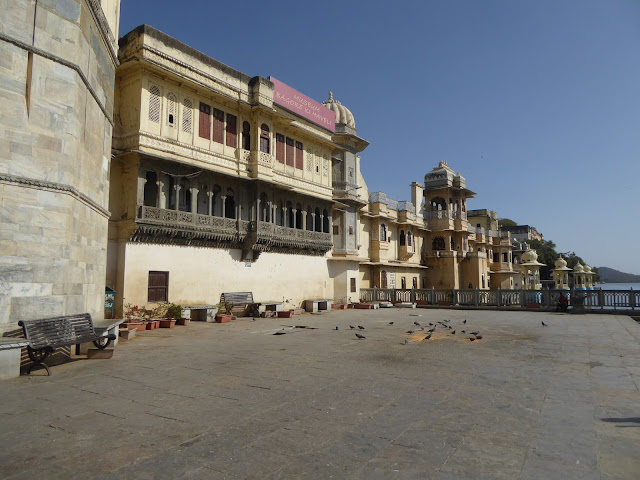 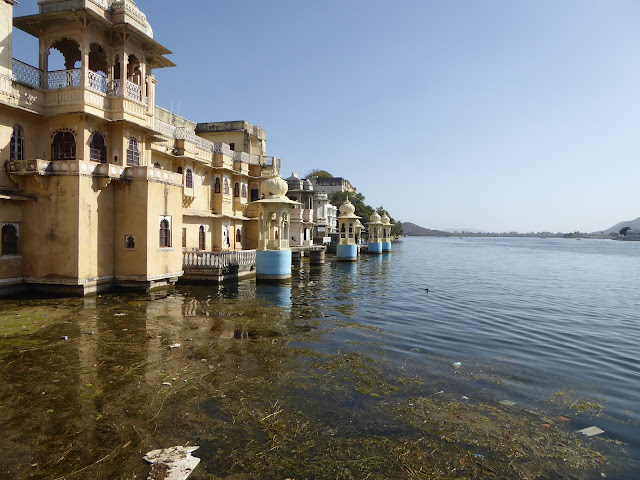 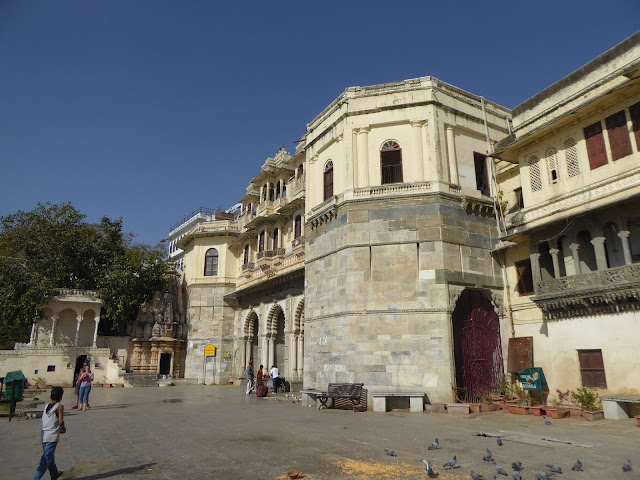 Notice how few people there are. This is a fair sized city but this tourist area is not crowded. 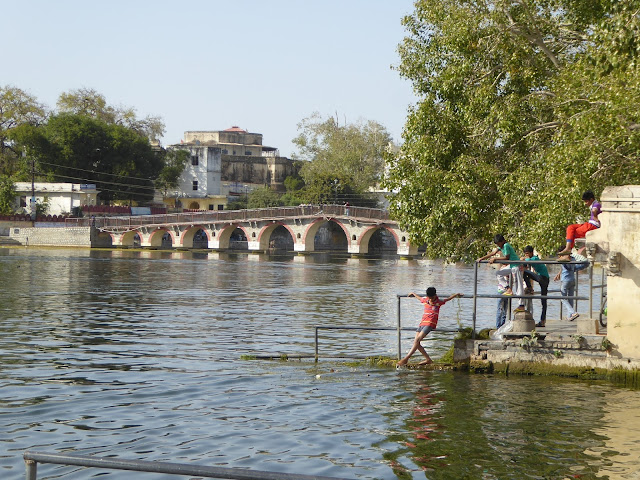 Children playing beside the water. It was not a weekend so presumably they should have been in school. 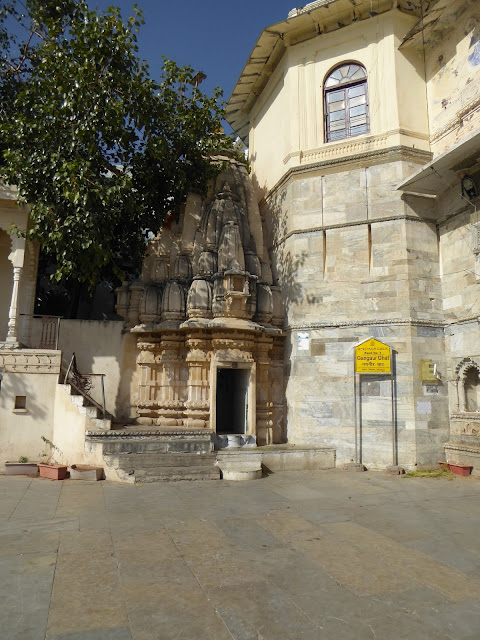 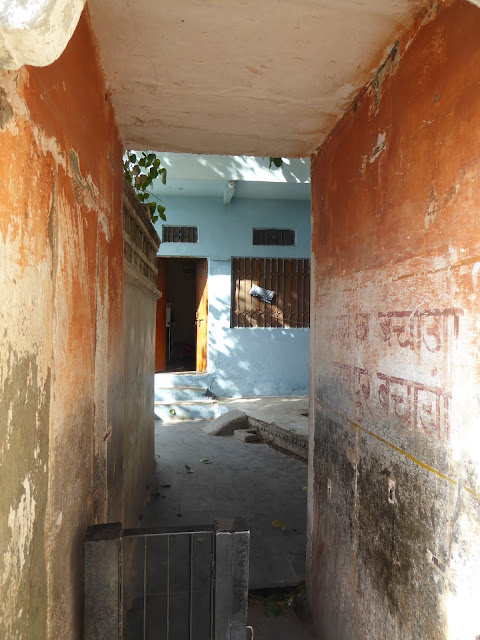 Passageway. It all feels quite safe in a tourist area like this. 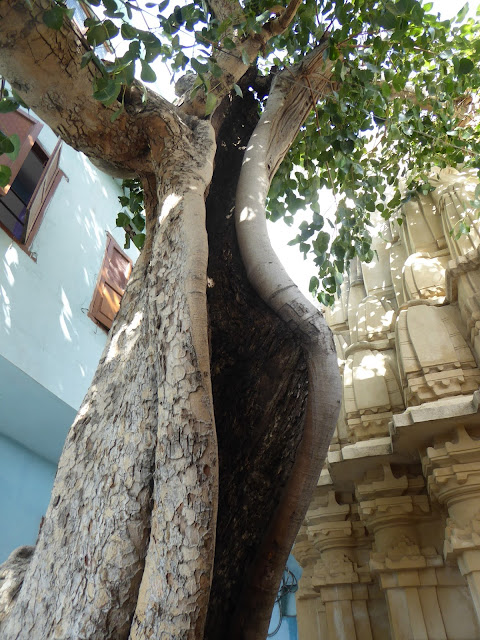 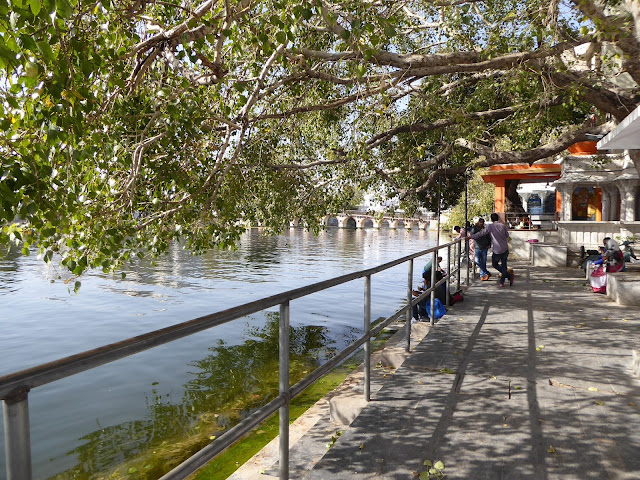 A group of women were washing their saris in the water and some had removed their tops so I refrained from getting closer. 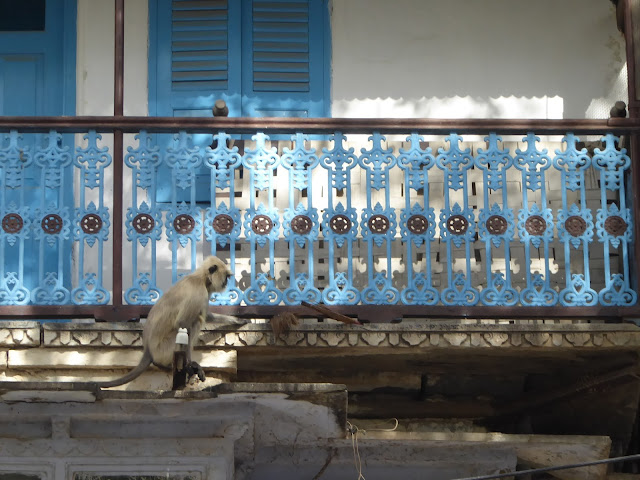 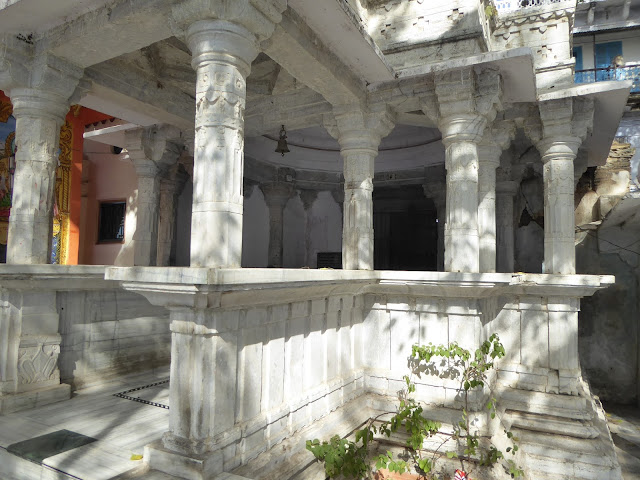 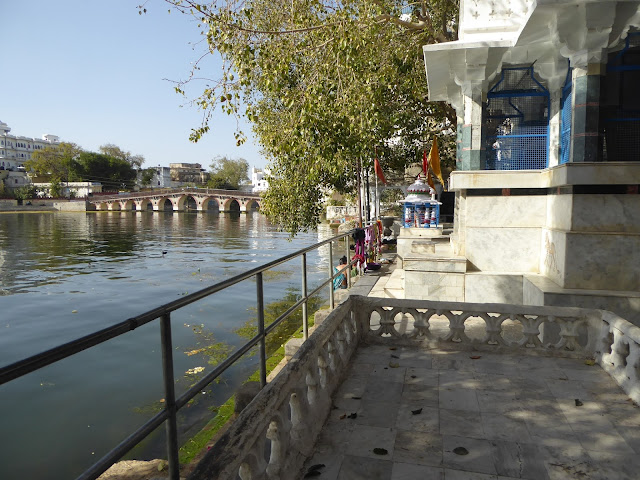 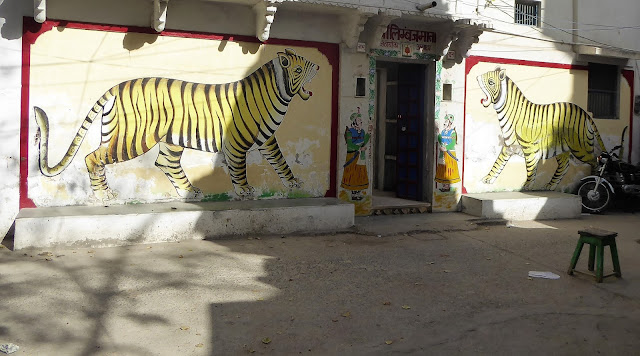 There are still tigers in the nearby nature reserves. I returned to the hotel for another nap before the sunset boat-ride.