I had been given the option of reserving a room at the Perfect Hotel for the morning I arrived. However paying $35 for a few hours did not appeal because generally I am pretty wide awake when I arrive at my destination. 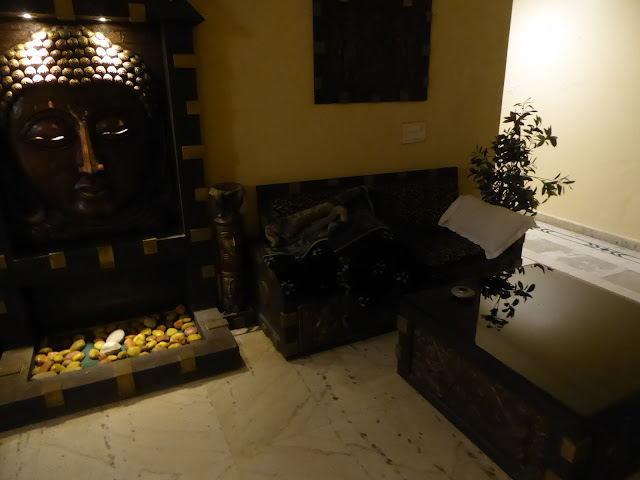 The owner was sleeping near the desk but woke up when I arrived. He got one of the staff to take me up to the second floor and give me a pillow and blanket to get some sleep on a couch. I wasn't that tired but I accepted. 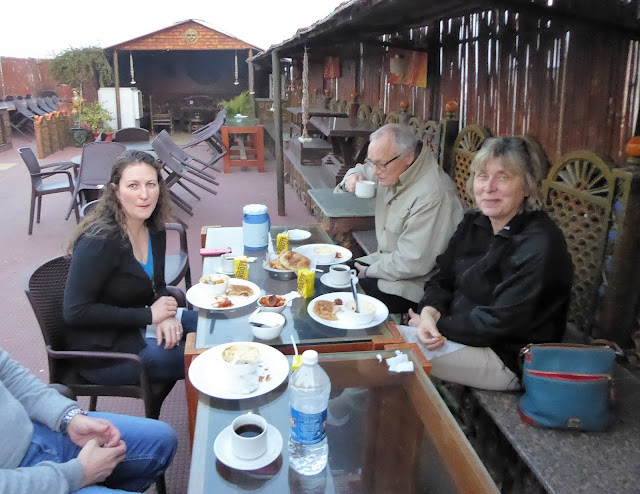 At about 7 am I went up to the top floor where they serve food and I met some other Intrepid Travelers. The couple on the right are from Ottawa and will be going on the 22 day tour. The other couple were leaving that day on an 11 day Intrepid tour. 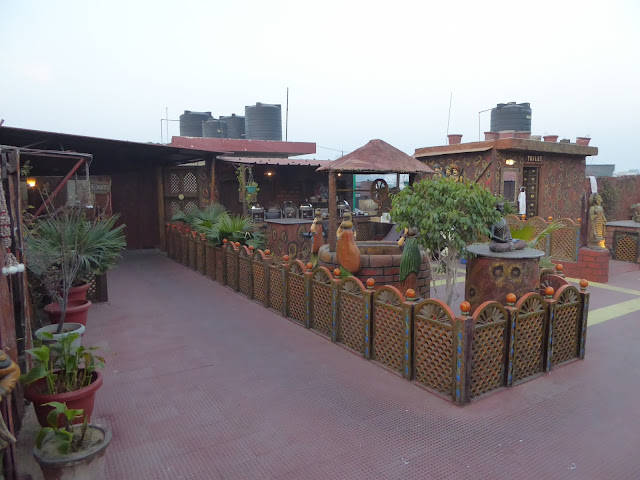 The roof top restaurant. It's very pleasant up there. 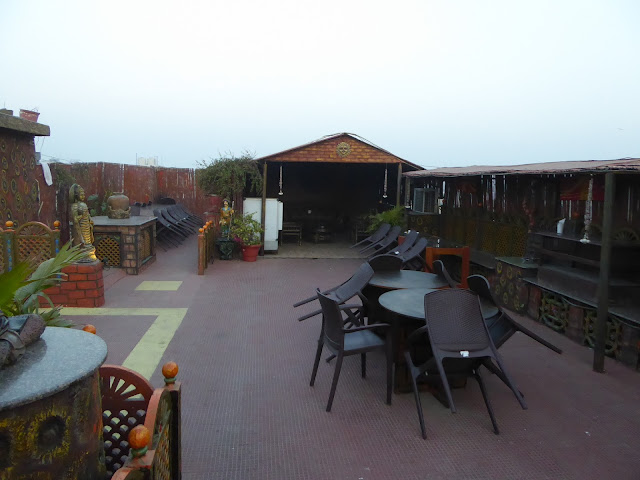 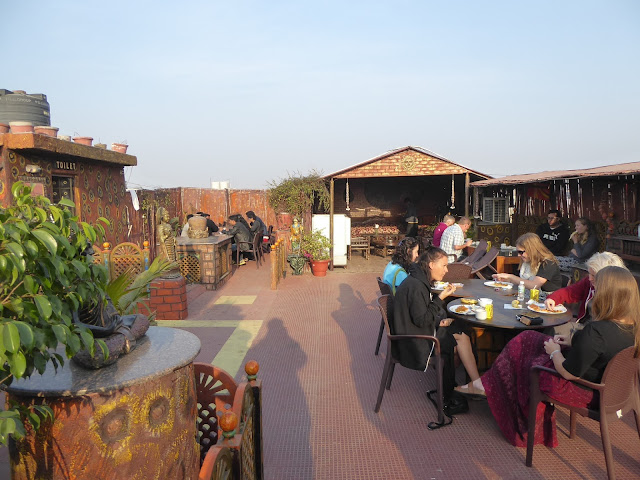 Soon we were joined by other people going on tours. 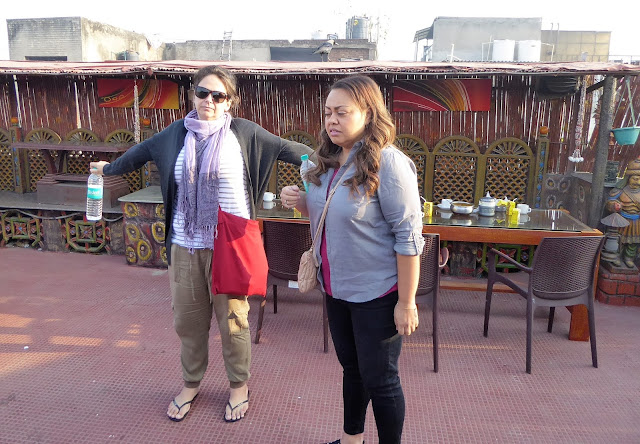 The lady on the right lived in Dee Why in northern Sydney. She had just bought a house for well over a million dollars. That was not why she appeared to be so glum. 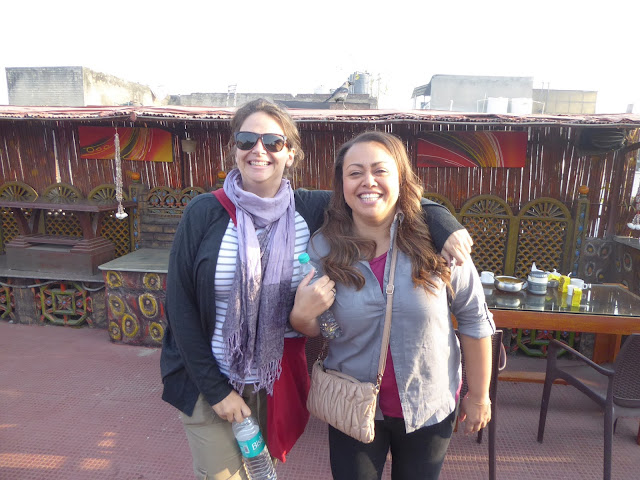 They were going on the 11 day tour. 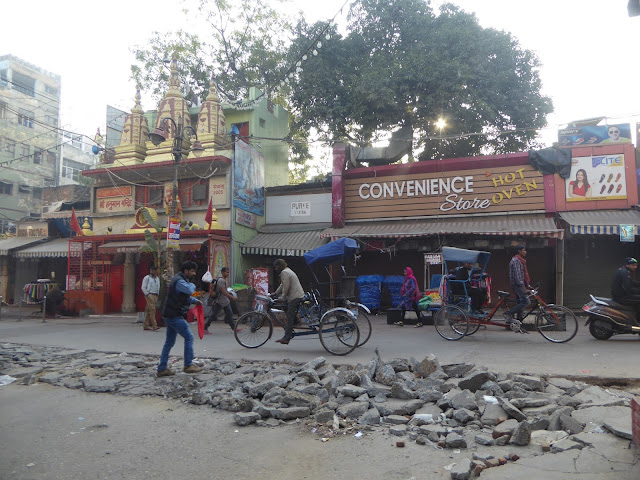 So I headed out after breakfast to try to find an ATM. There is actually one right next to the hotel but there was no money in it. Apparently the money arrives after about 10 am. All the other ATMs in the area were also empty.

This pile of rubble was at the junction at the end of the street the hotel is on. Traffic just drove over it. 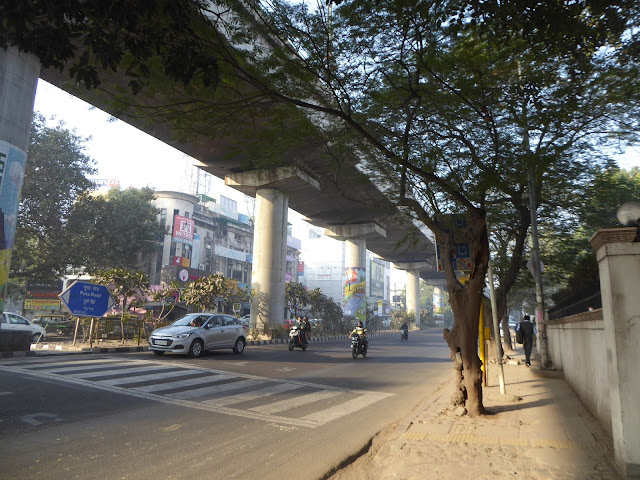 I went out to the main drag in this area. There is a Metro on the raised track above the street. It was still early so not all that busy. You don't see it in the photos but the air was quite smoggy. 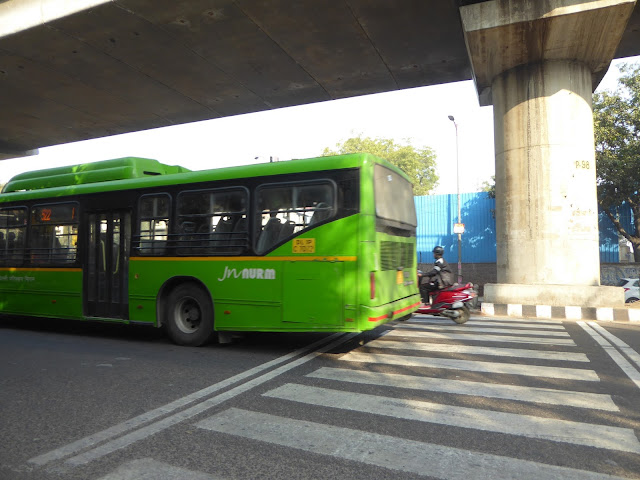 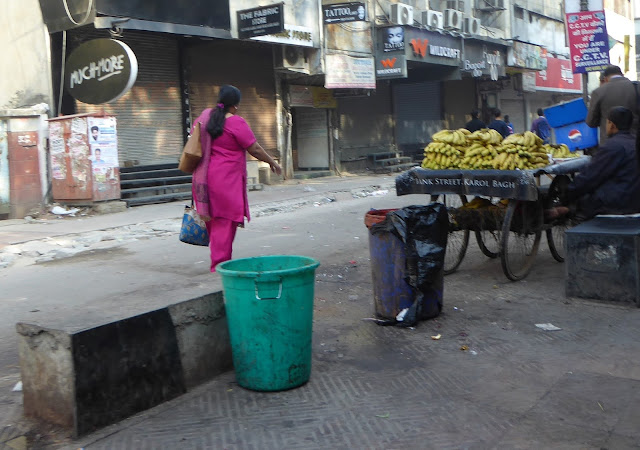 Back in the side street leading to the hotel. 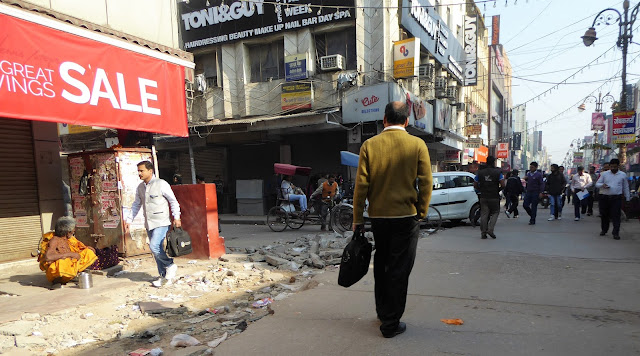 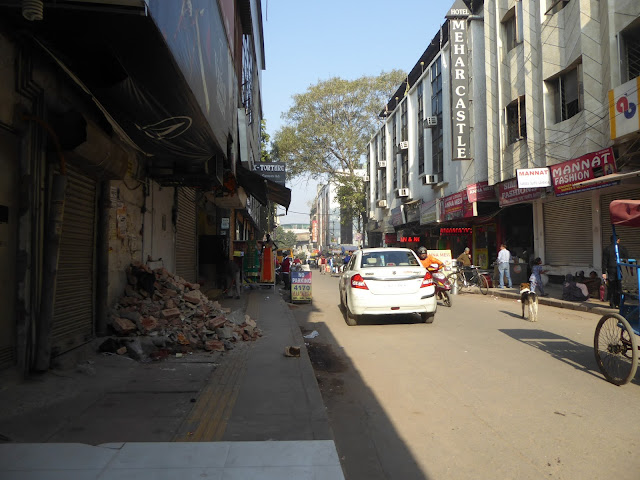 I was expecting Delhi to be jam packed with people, but at this time of day it isn't. 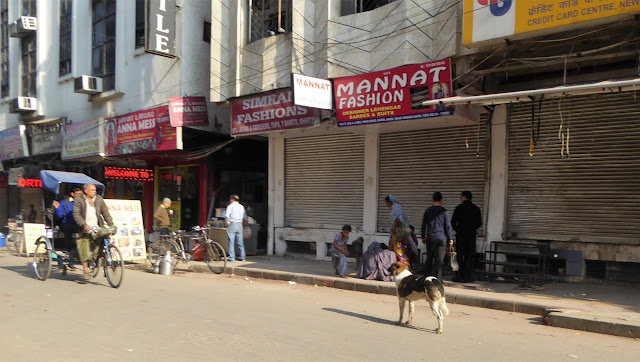 There are many dogs running around. Nobody seems to mind. 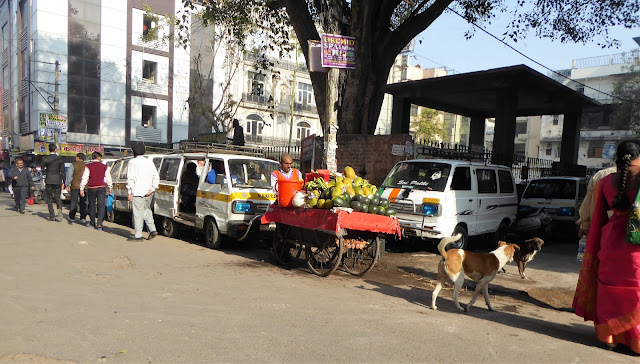 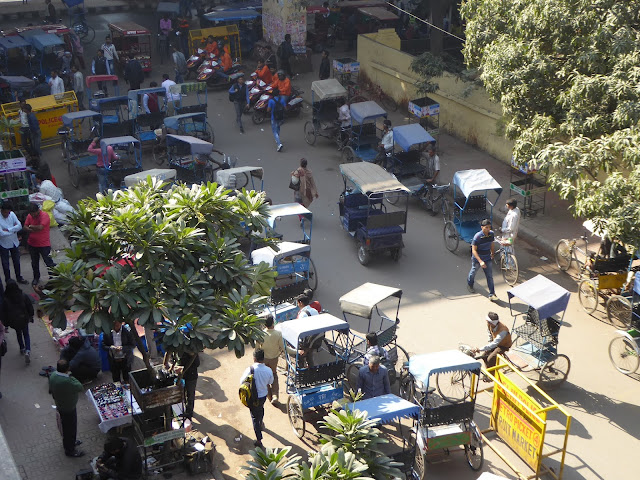 I was able to check into my room at 9 am so I had a shower and then headed out on another attempt to find an ATM. Eventually I found one on the southern side of the main drag and closer to the center of Delhi.

Here is a group of pedal rickshaws gathered by the entrance to the Karol Bagh Metro Station. 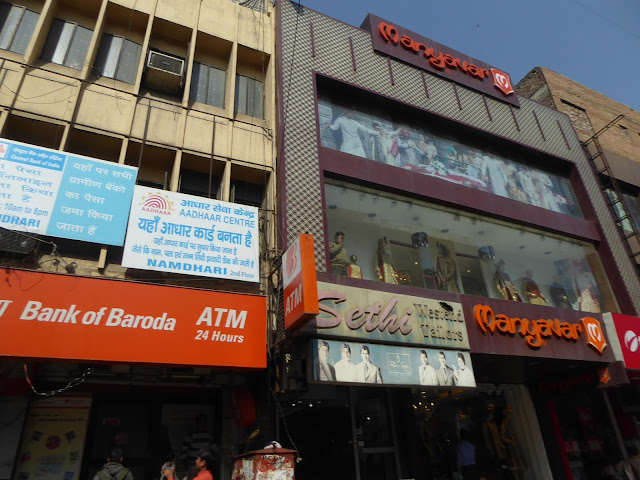 One of the ATMs with no money. 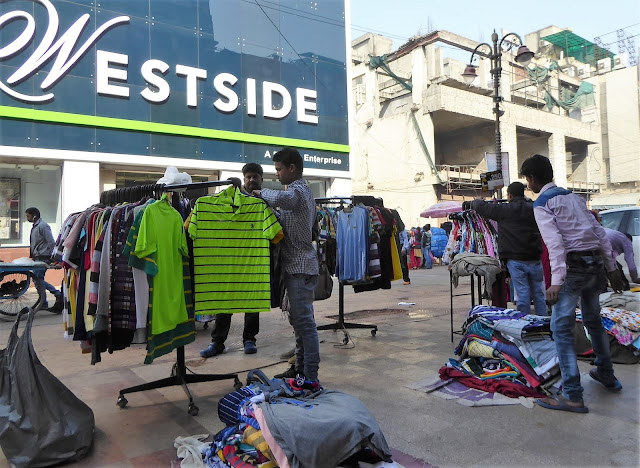 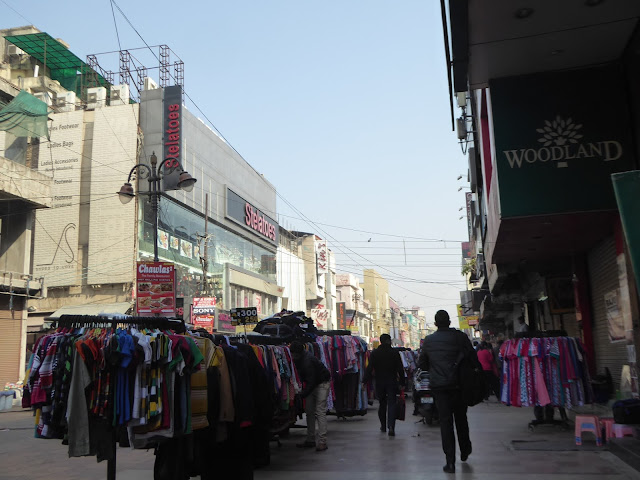 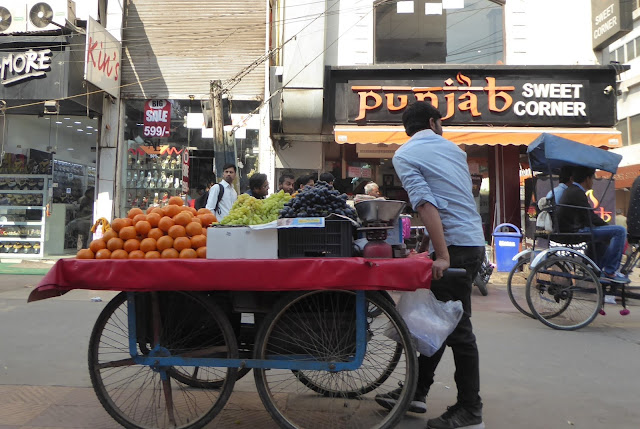 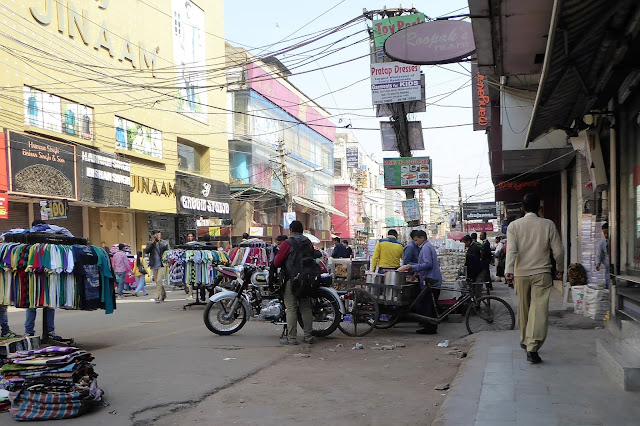 It became more busy towards lunch time, but you don't get the feeling of being crowded. 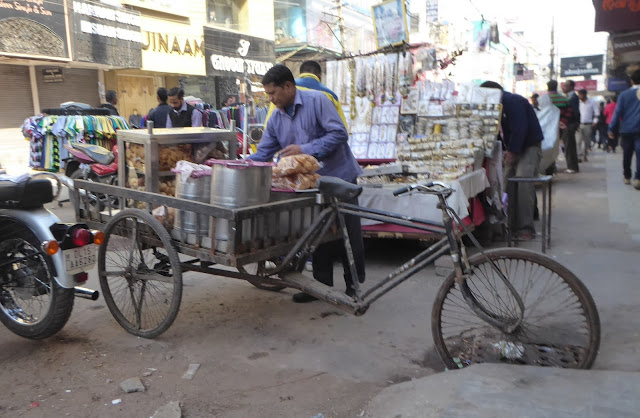 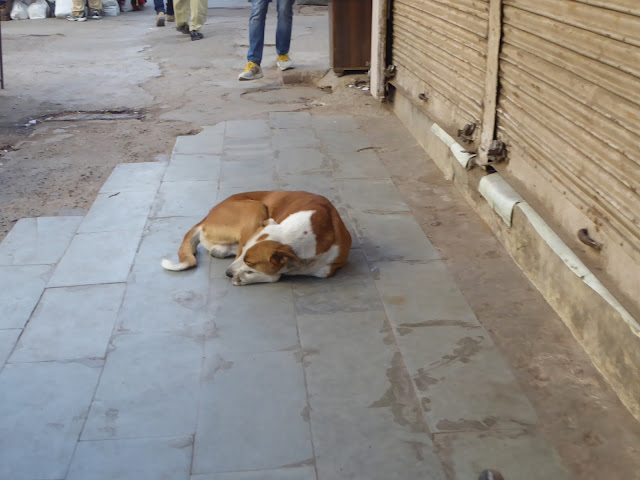 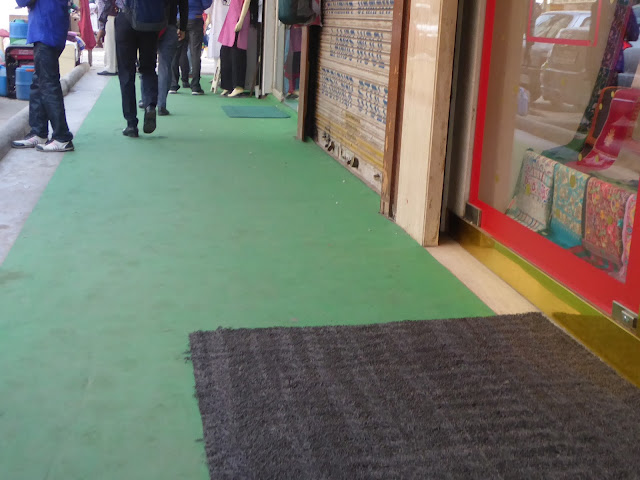 I wondered why the green artificial grass carpet. 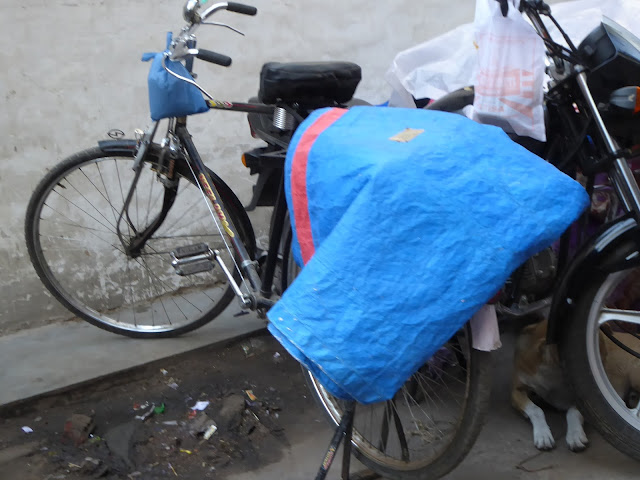 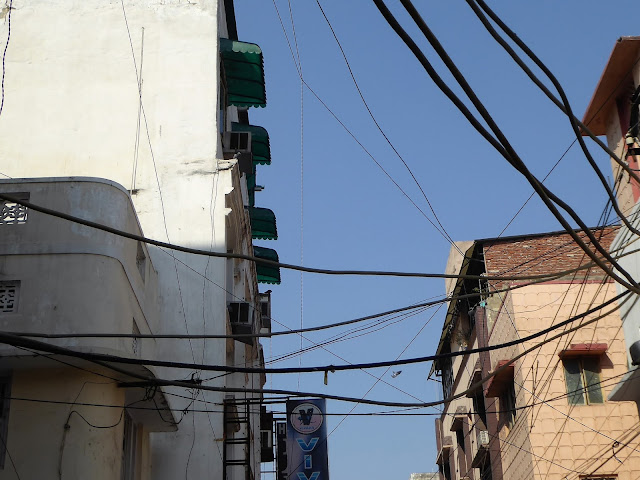 I am always amused by the jumble of wires. 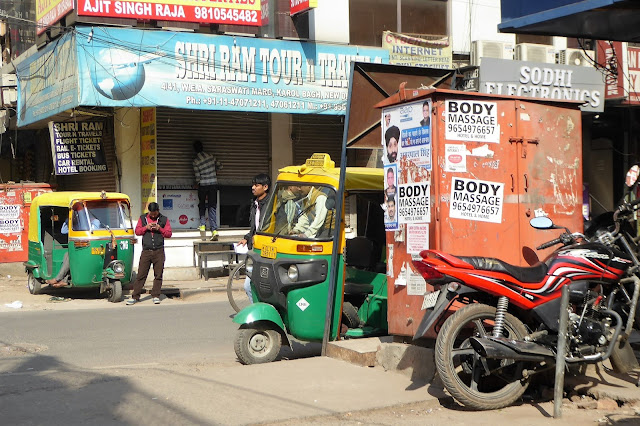 Tuk-tuks were everywhere. After my trip through SE Asia a few years ago, I am used to being pestered by tut-tuk drivers so just walk on with a purposeful look. 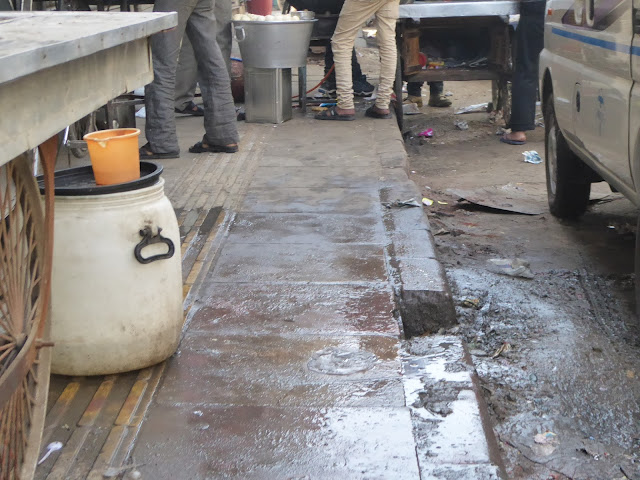 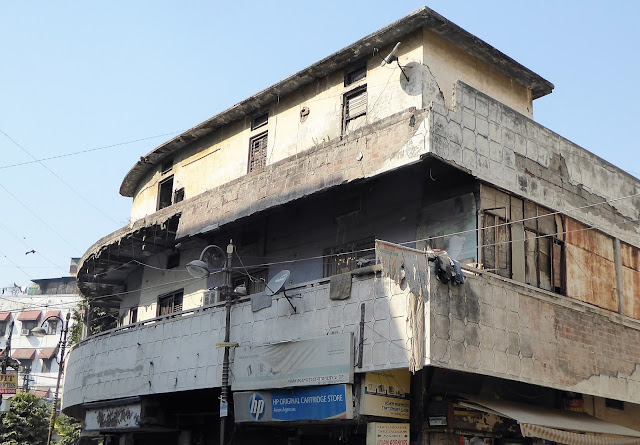 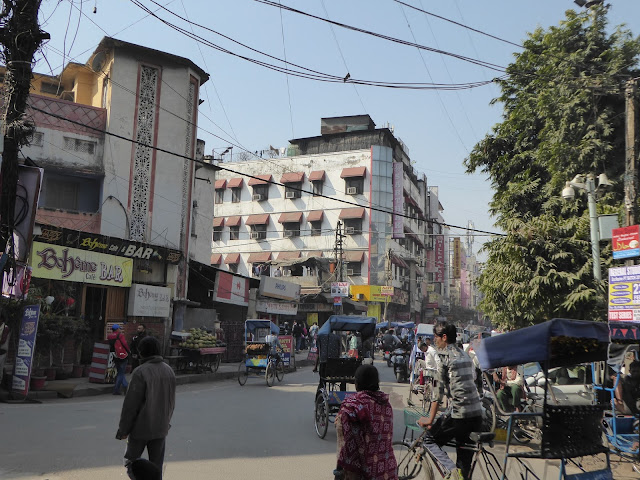 I returned to the hotel about lunch time and had a long afternoon nap. I had planned to visit a step-well but decided I just wanted to sleep.

Finally, the din of horns is incredible during the day. It is like standing next to a flock of geese.

And now I am off to meet my fellow travelers at 6 pm. I wonder what they will be like,

So here is a video that I took more so that you can hear the honking of horns.

Internet connections can be very poor in India. If you don't see a new blog every day, do not be worried. I will catch up sometime.