Bus from Jodphur to Udaipur.

We had to get up early, well before dawn, to catch the bus to Udaipur. Happy's technique is to get us to gather one hour before the departure. Half an hour for the tuk-tuk and half an hour in reserve. 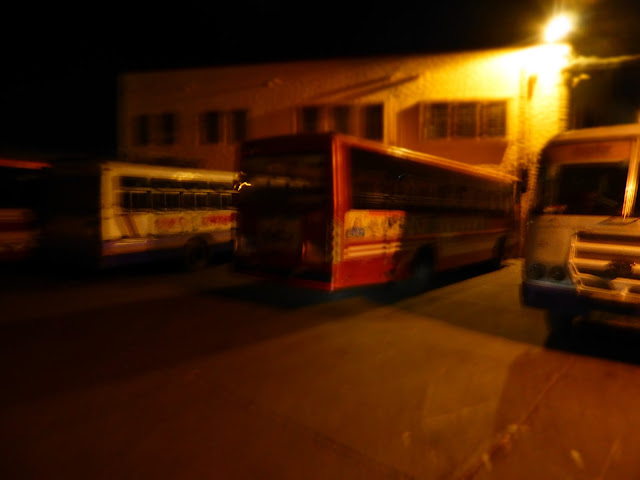 Buses at the bus station. 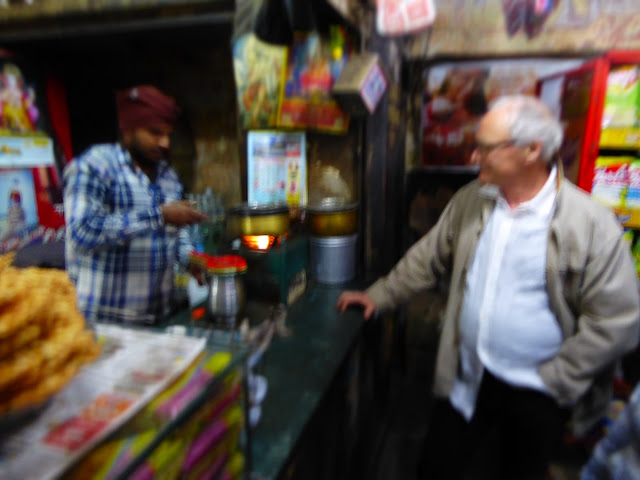 Peter ordered some coffee but I got chai. You paid in advance and got a token which you handed to the bloke making the chai. He was making a fresh batch so I got a good view of the process. There are no precise measurements, he simply throws handfuls of ingredients into the pot. 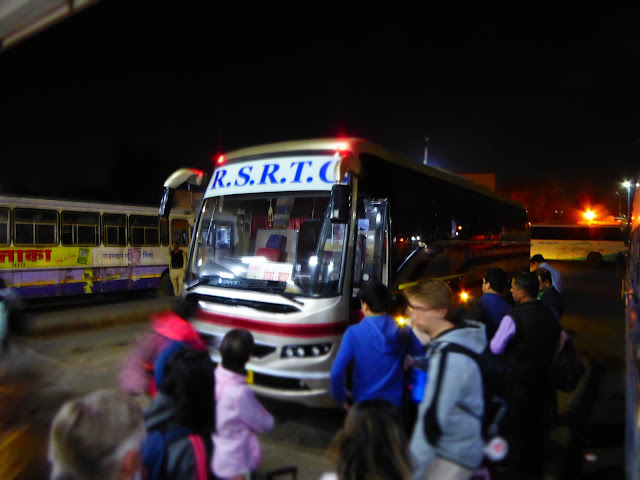 Our bus was considerably better than the other buses, but it would be considered poor by European standards. Anyhow it worked. 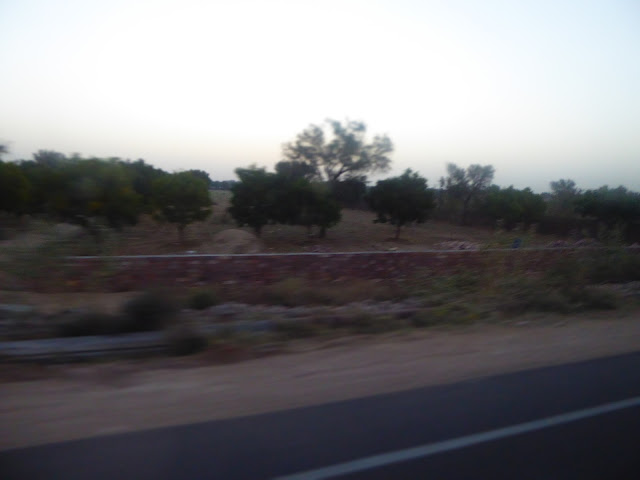 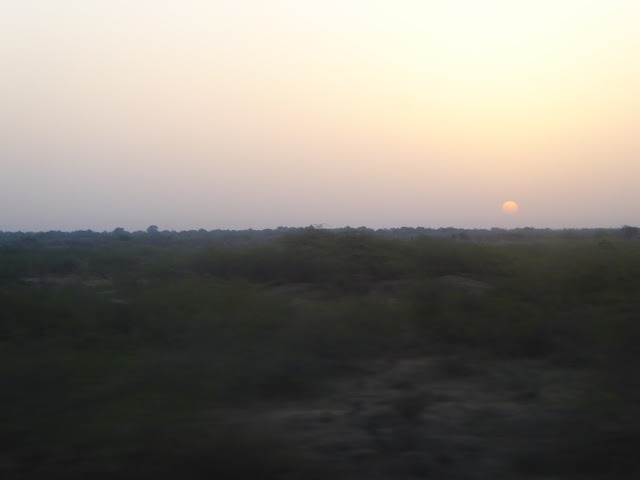 The sun came up. 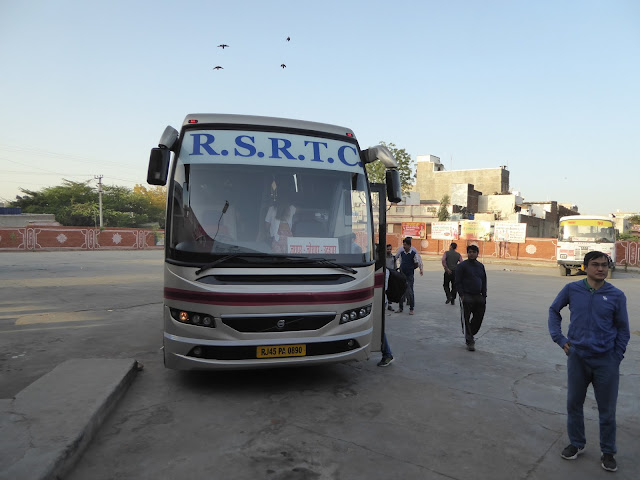 We stopped for a break. It's a six hour ride. The bus goes through quite a few small towns and often uses lesser roads. 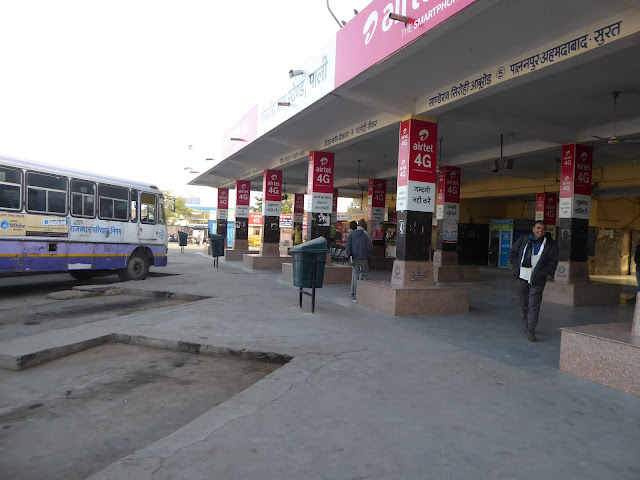 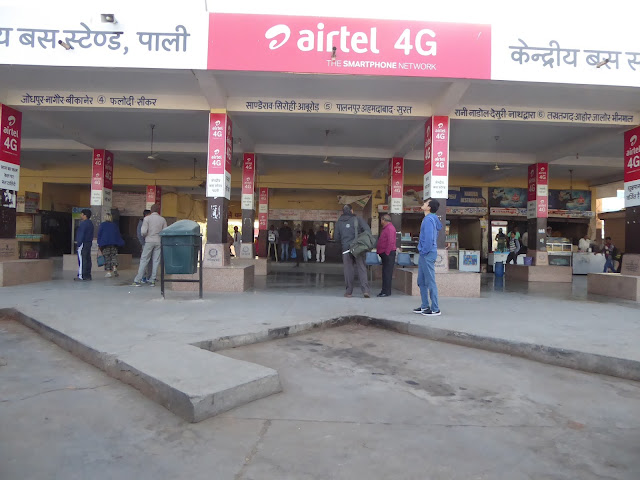 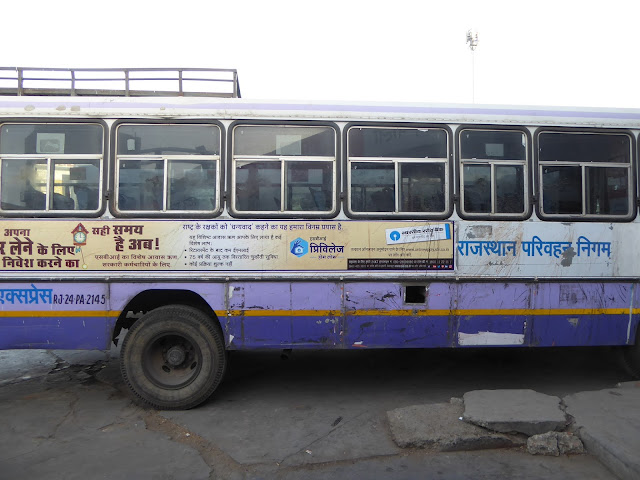 Another bus of lesser quality but more interest visually. 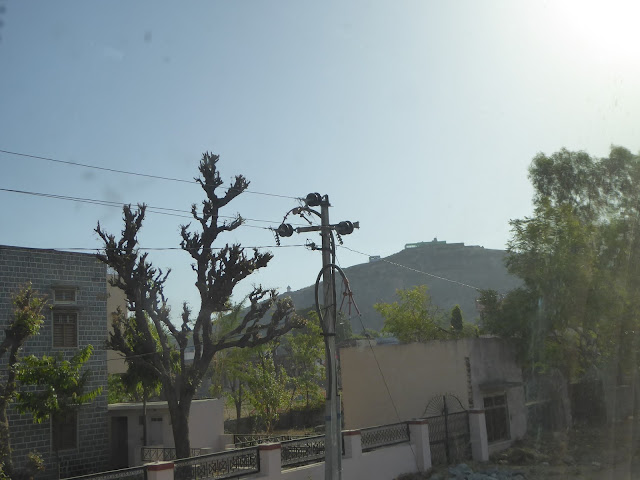 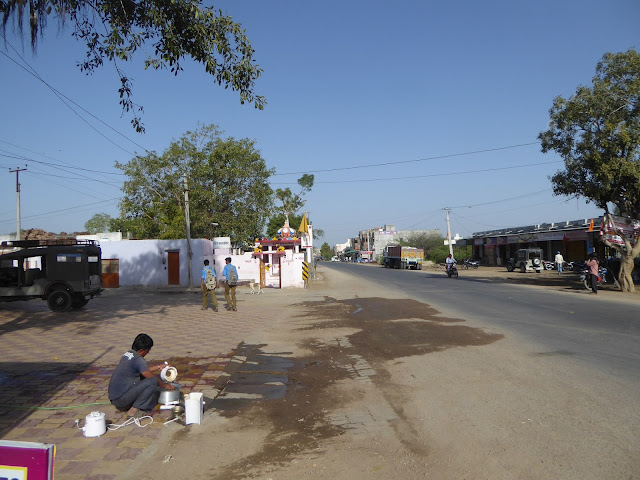 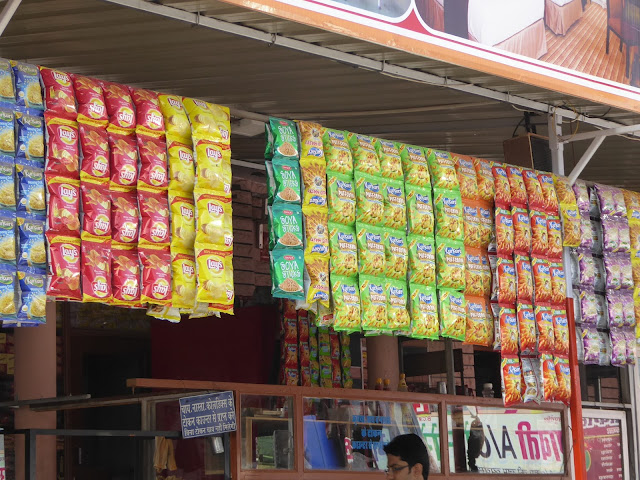 We stopped for a longer break. Note how neatly the bags are hung. 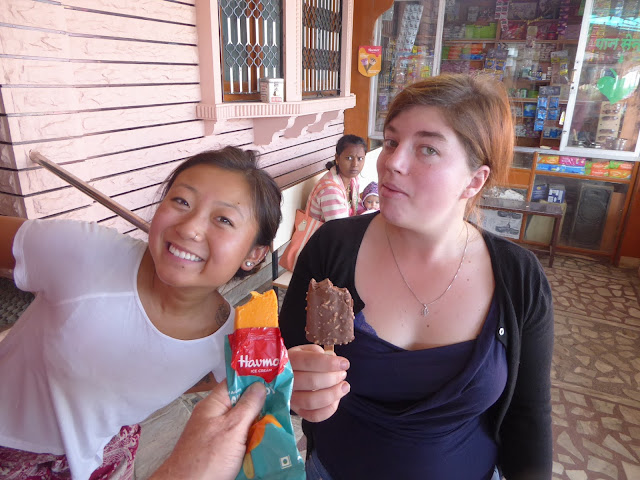 Anna and Johanna. In the foreground you can see my mango ice-cream. 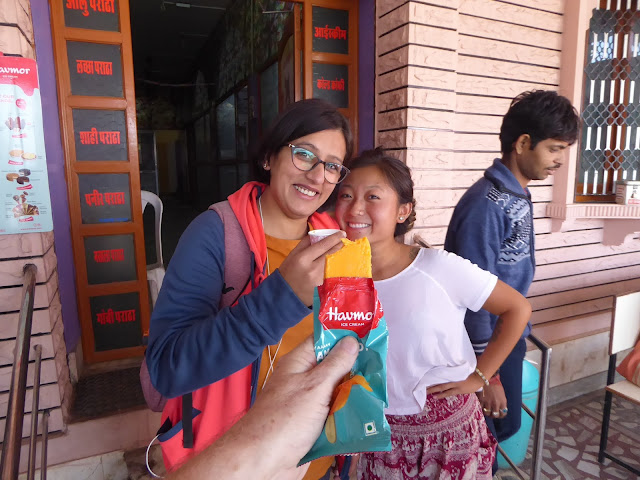 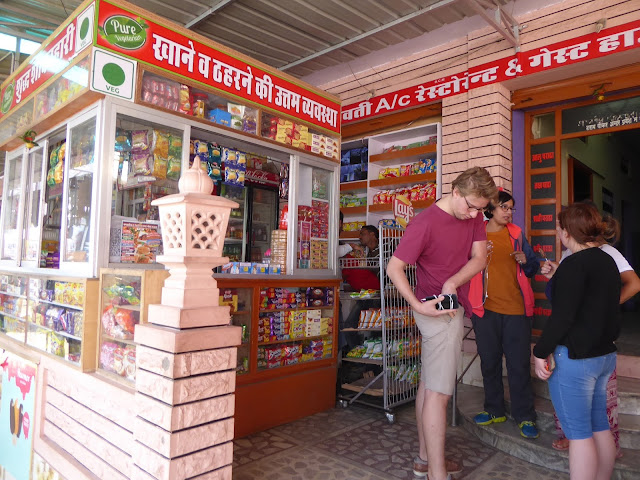 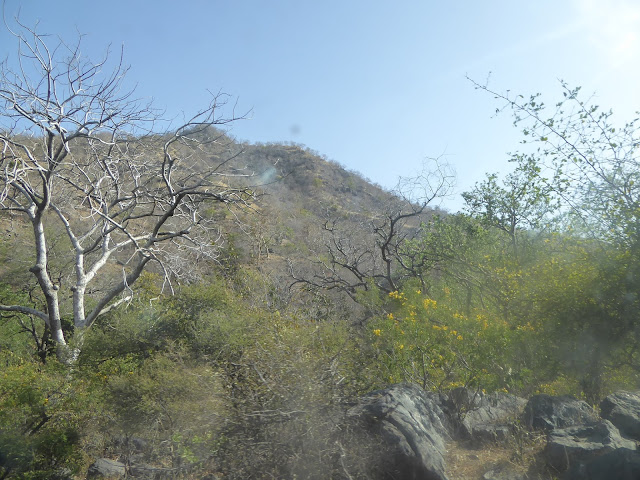 We came into a more mountainous area. 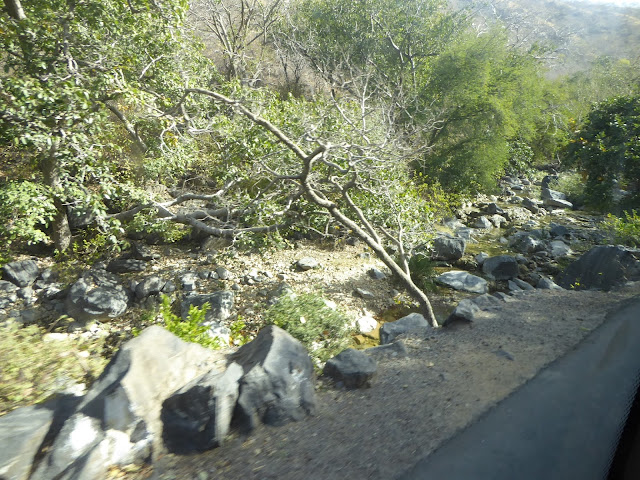 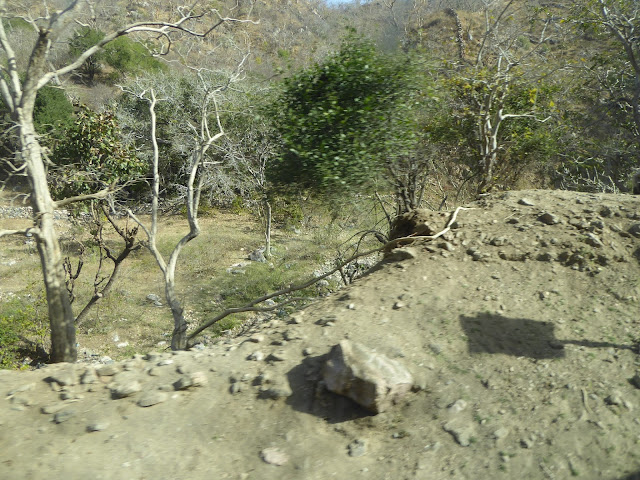 There were numerous monkeys but I was too slow to capture them in a photo. 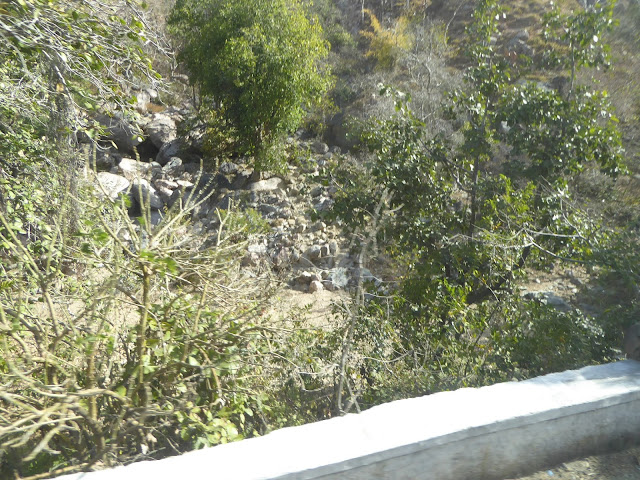 As a bus ride it was not all that bad. Earlier during the ride, one Indian passenger complained about the air-conditioning being too cold and the driver increased the temperature too much. Eventually the passenger got off and the temperature decreased. 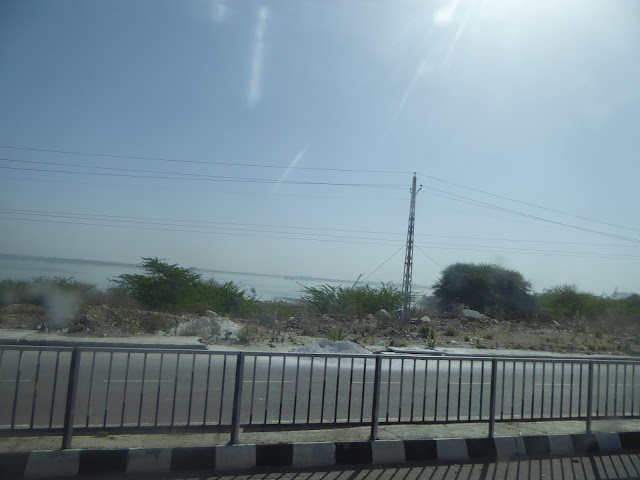 We passed a lake just outside Udaipur. 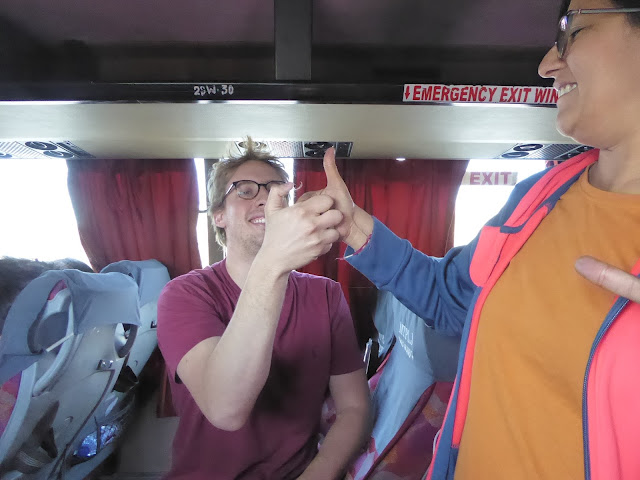 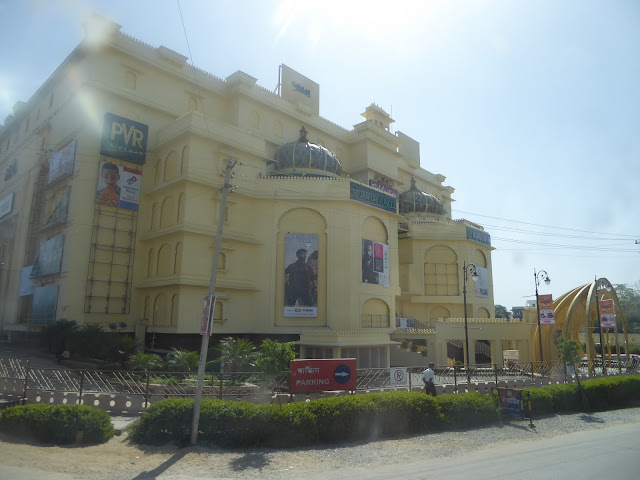 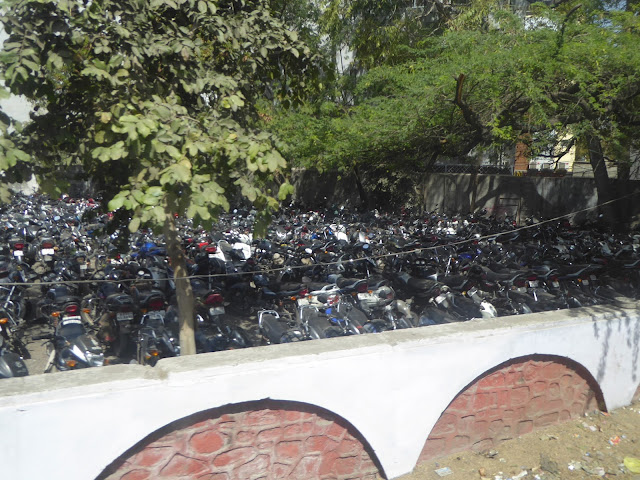 Look at all the scooters. 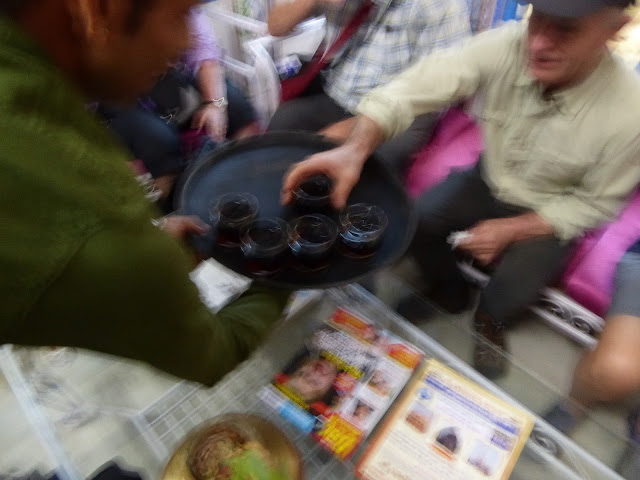 They handed out Coke when we arrived at the hotel. It was most welcome but most of us had not have a Coke in years. 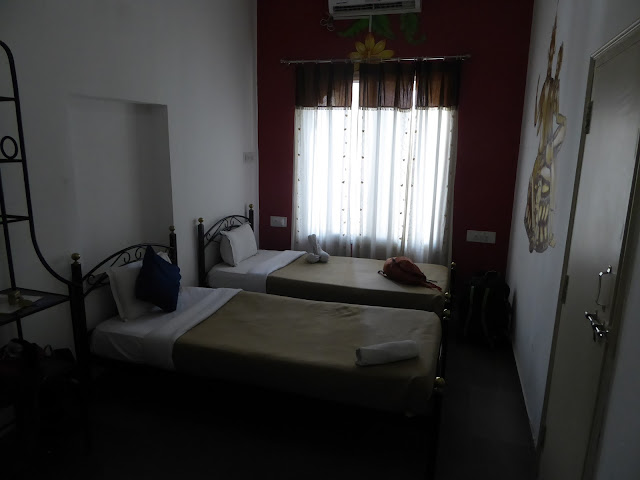 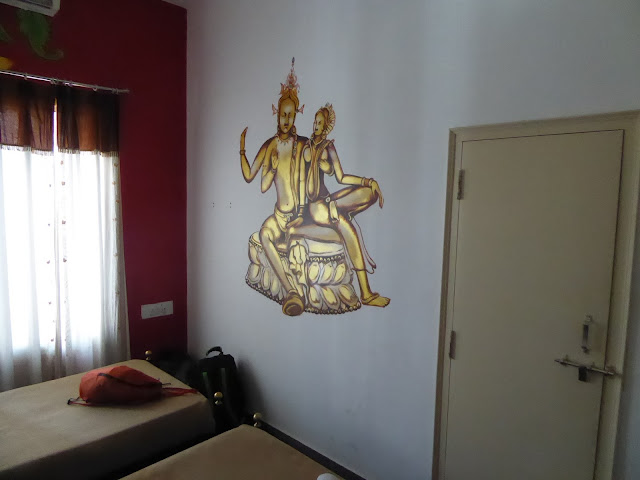 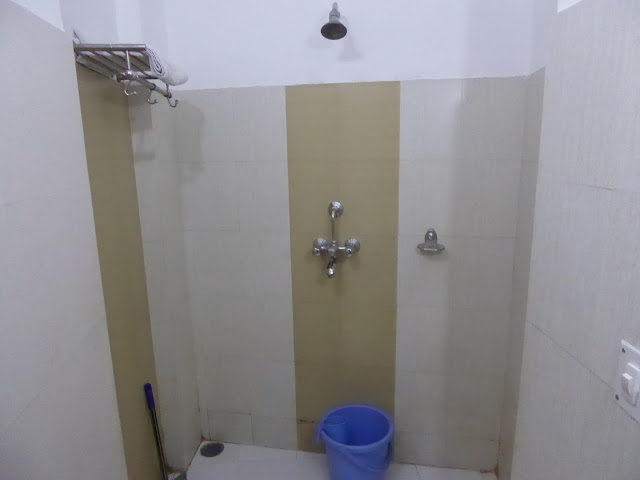 A shower that works and delivers hot water. 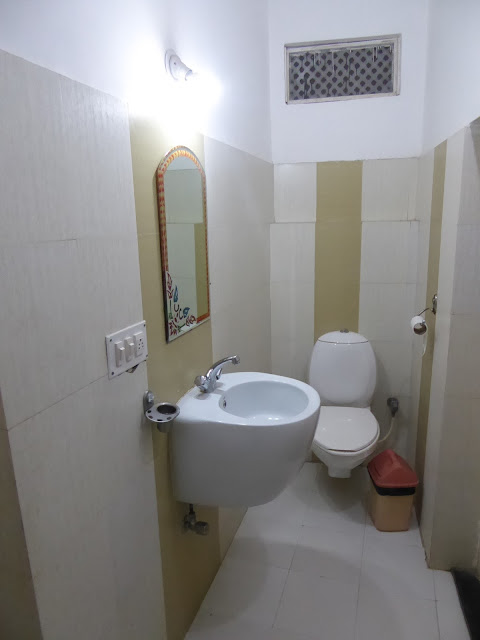 The internet works very well in the reception area so I am uploading as many photos as I can.