A brief walk in Tangier

The rain stopped for a while so I decided to venture out to look at some of Tangier. 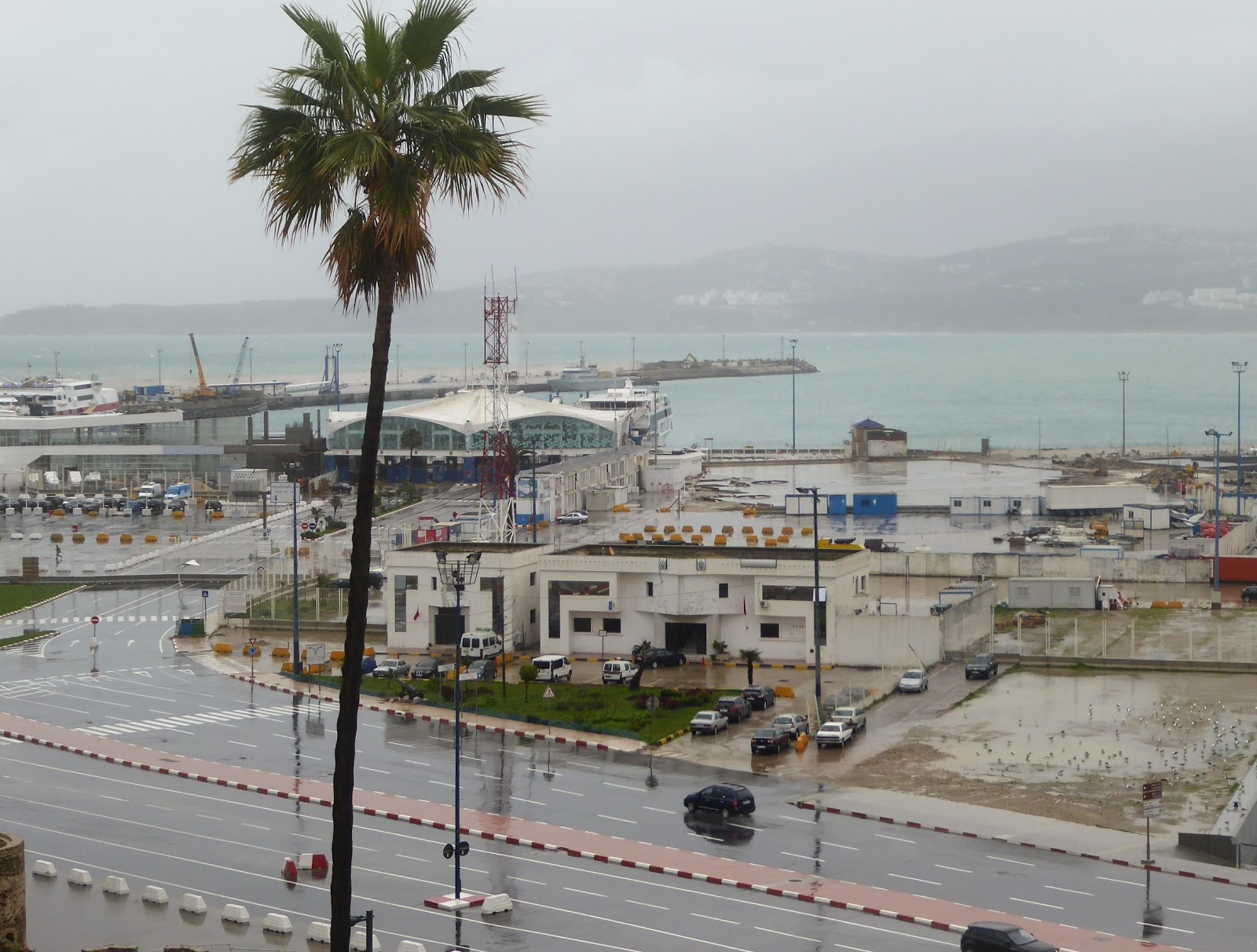 Before it stopped raining. At least the wind was not as bad as the day before. 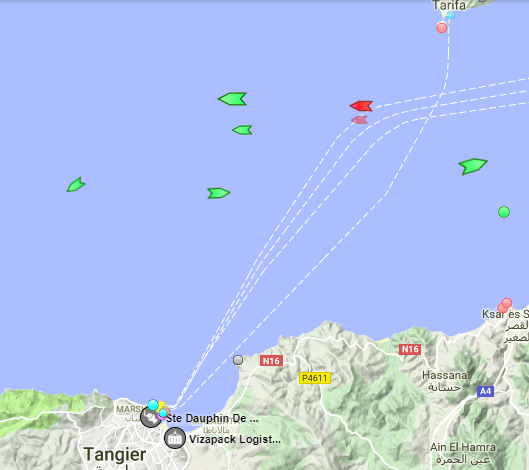 There is a web site I sometimes visit to identify ships that we can see from our house that travel through the Chesapeake Delaware canal. It shows ships all round the world so I looked at the situation in the Strait of Gibraltar. As you can see there are no vessels going on the route between Tangier and Tarifa. The forecast calls for less wind tomorrow. 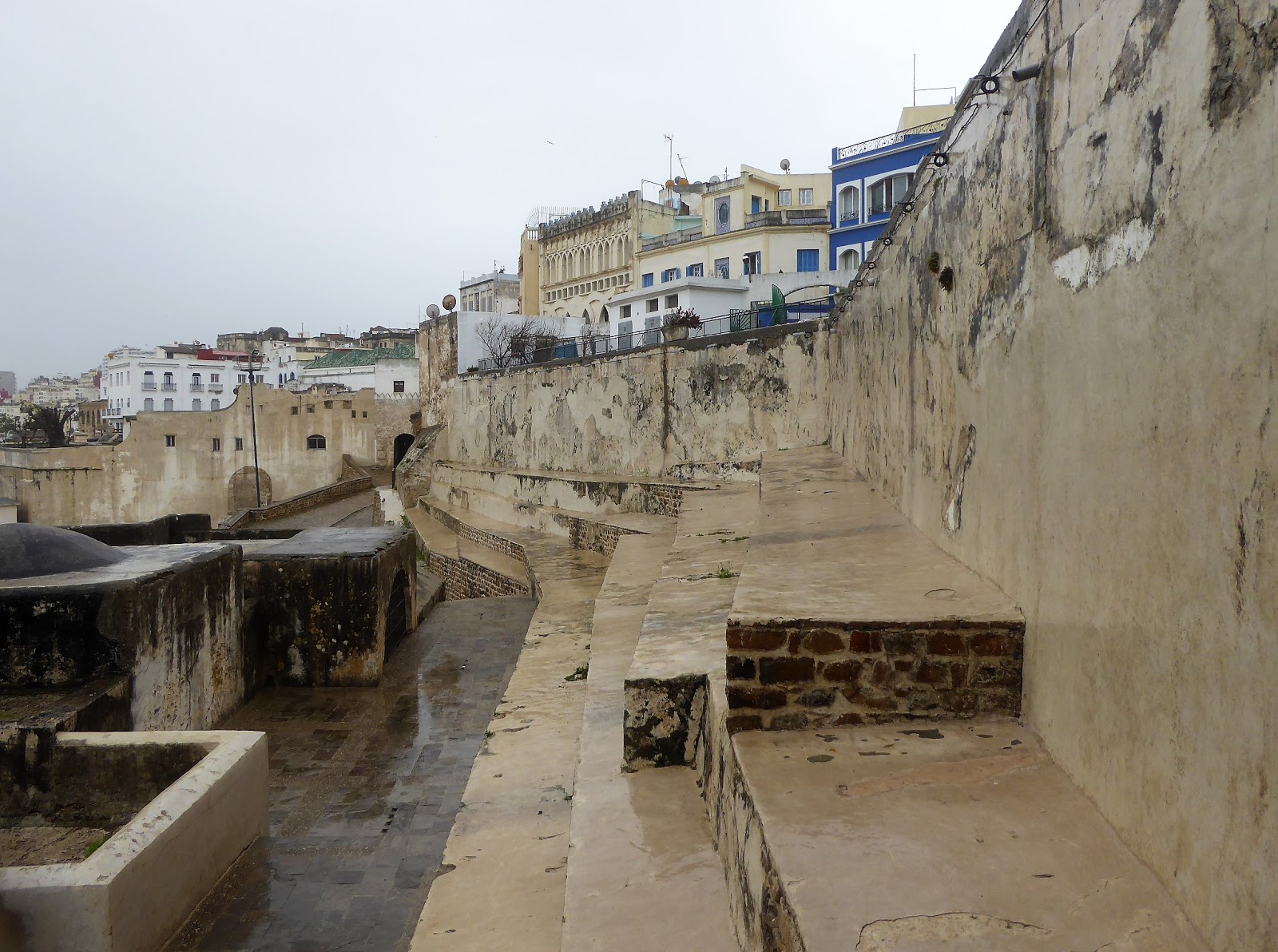 There are two exits for the hotel and this time I took the lower one to the harbour. 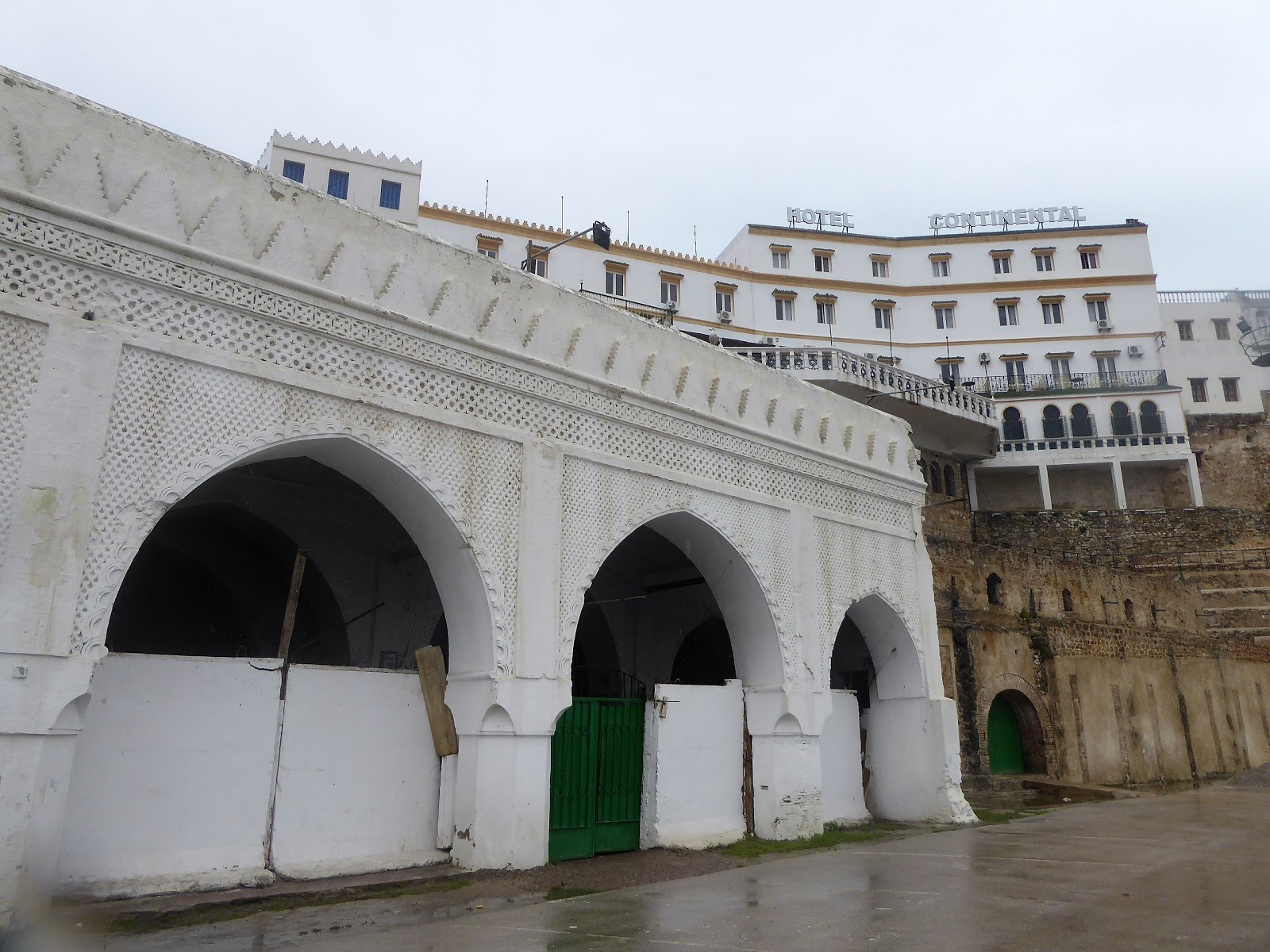 The hotel from street level. 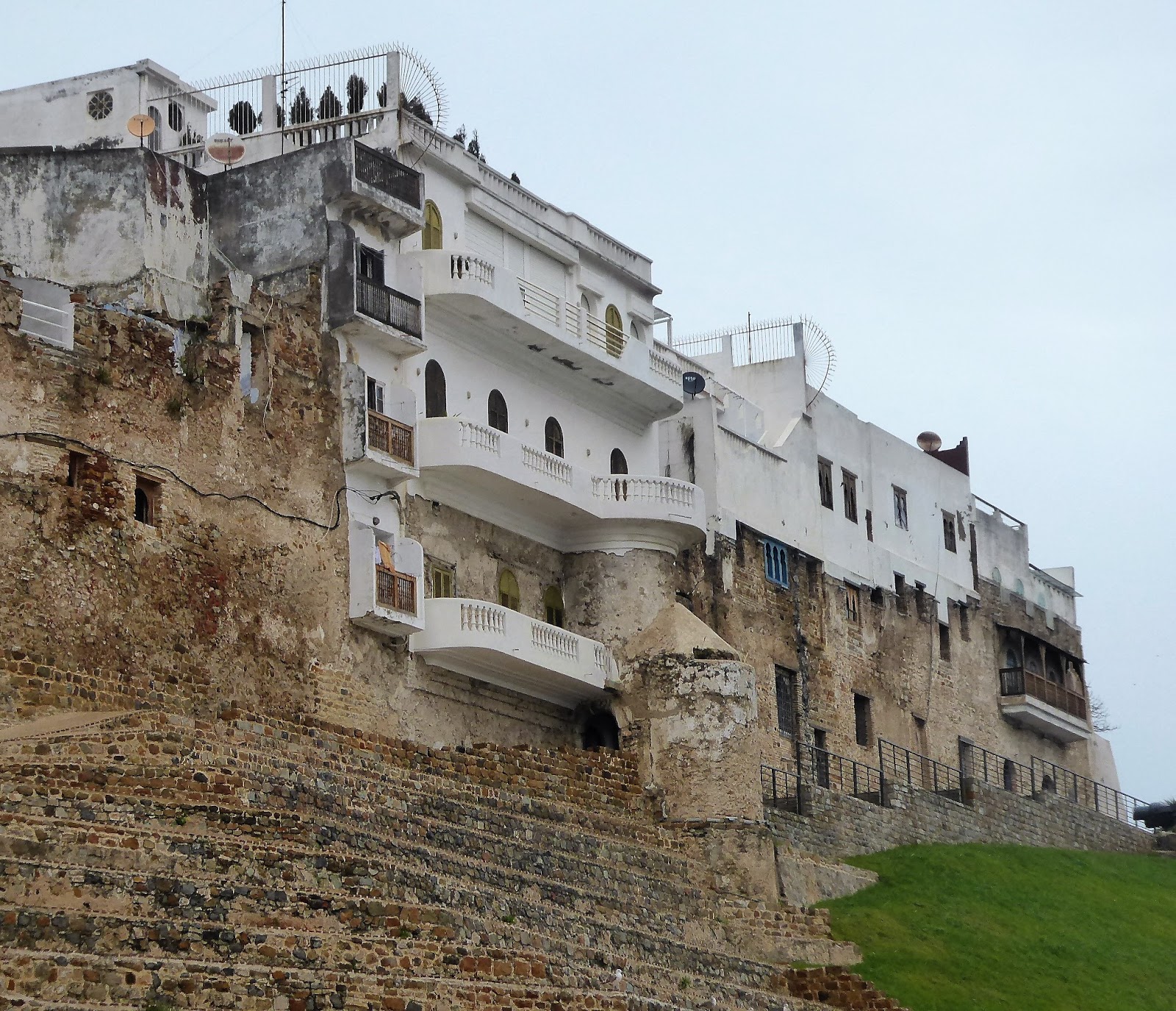 The cliffs further along a lined with buildings. 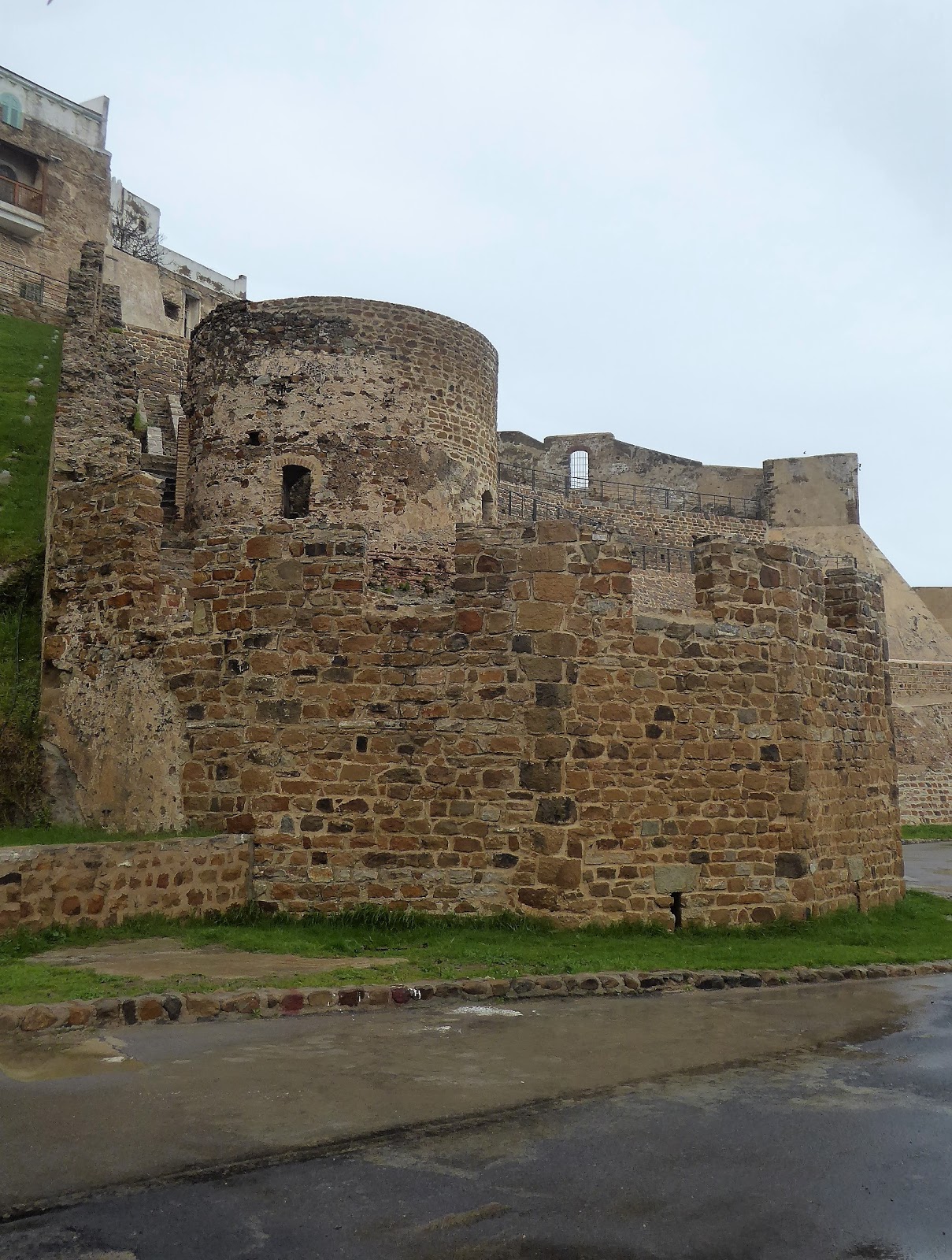 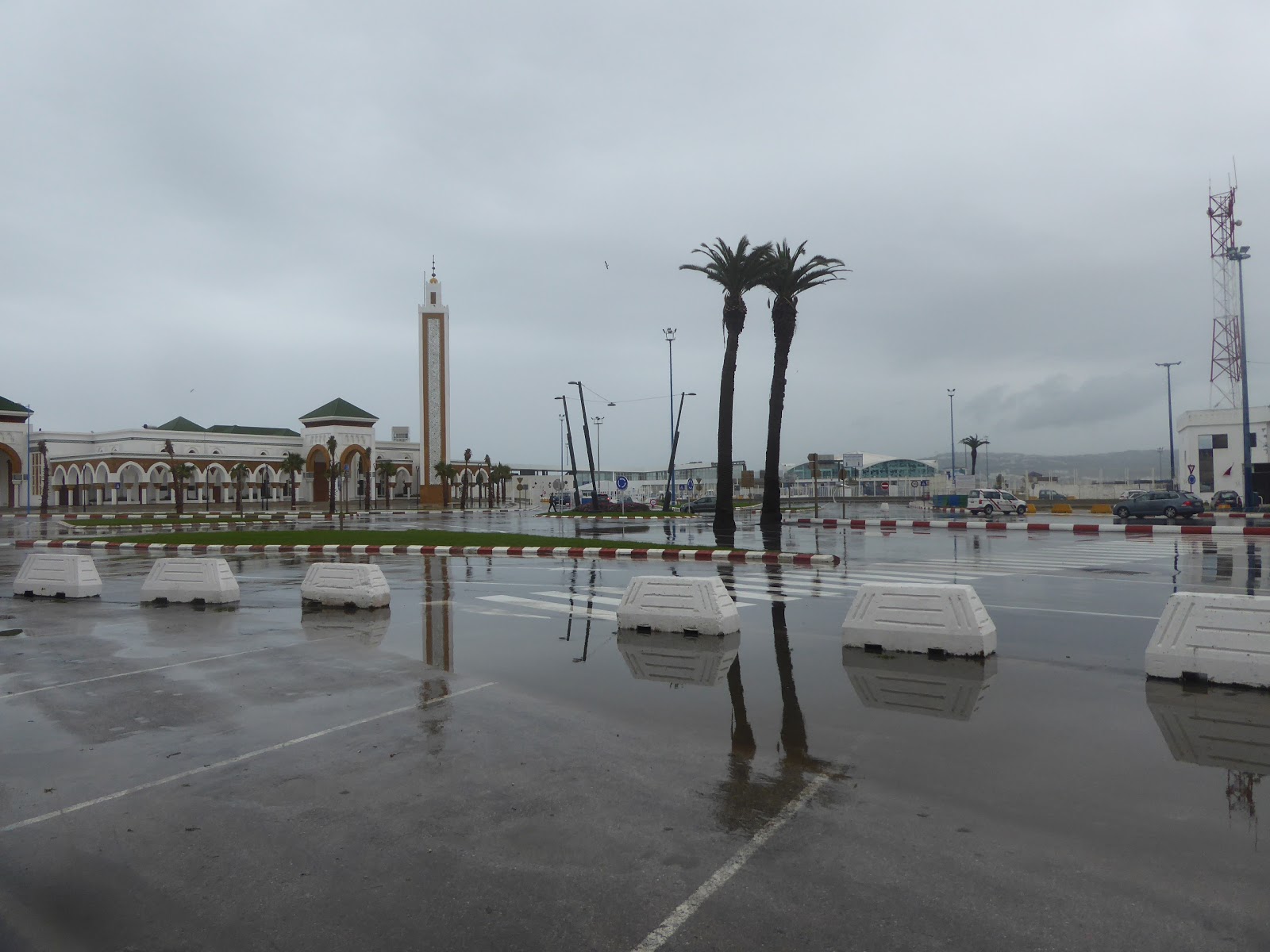 The ferry terminal area. To the left is a mosque that is not used any more because the area is now just industrial.

There must have been a fort at one time to protect the harbour. 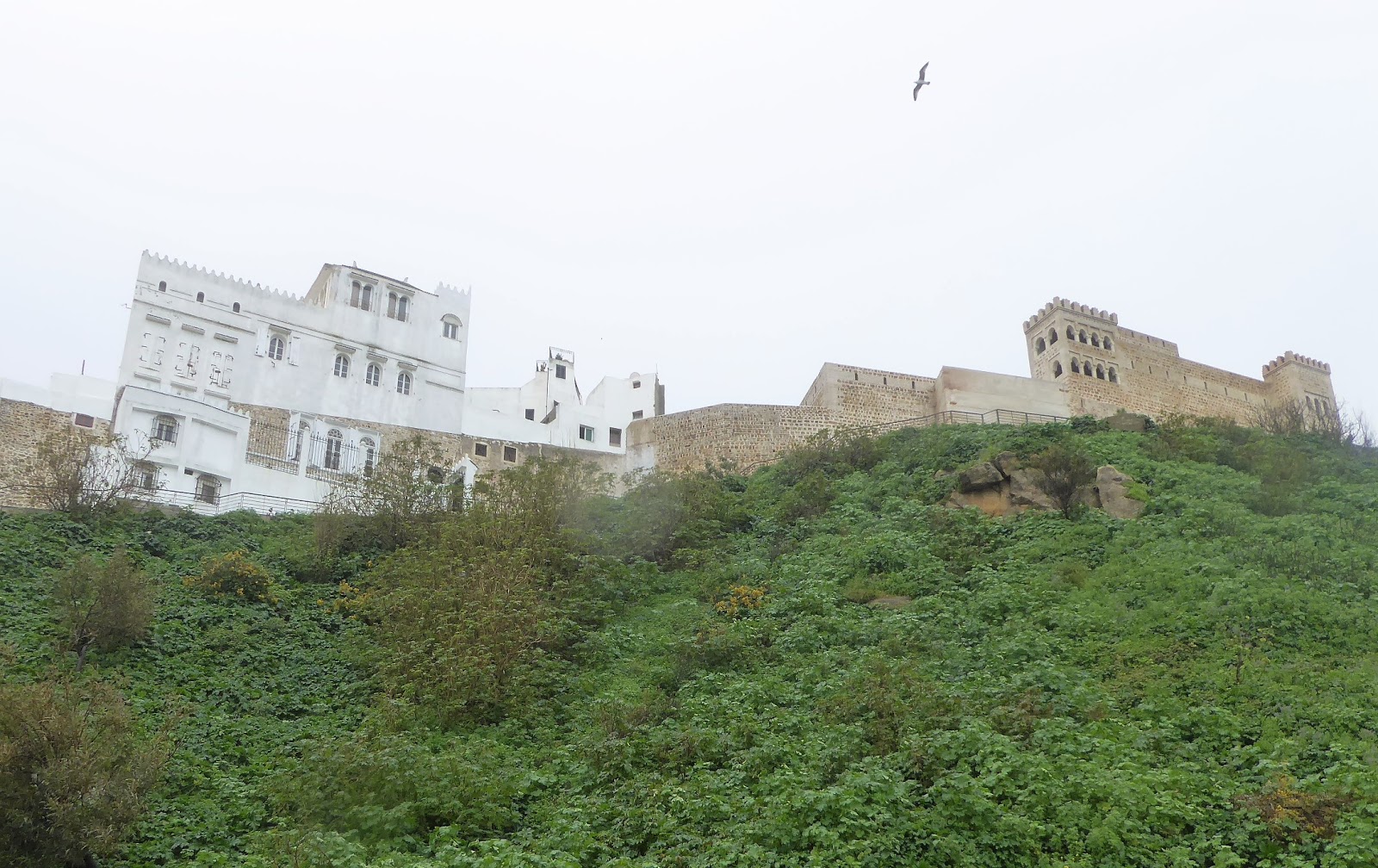 More buildings at the top of the cliff. 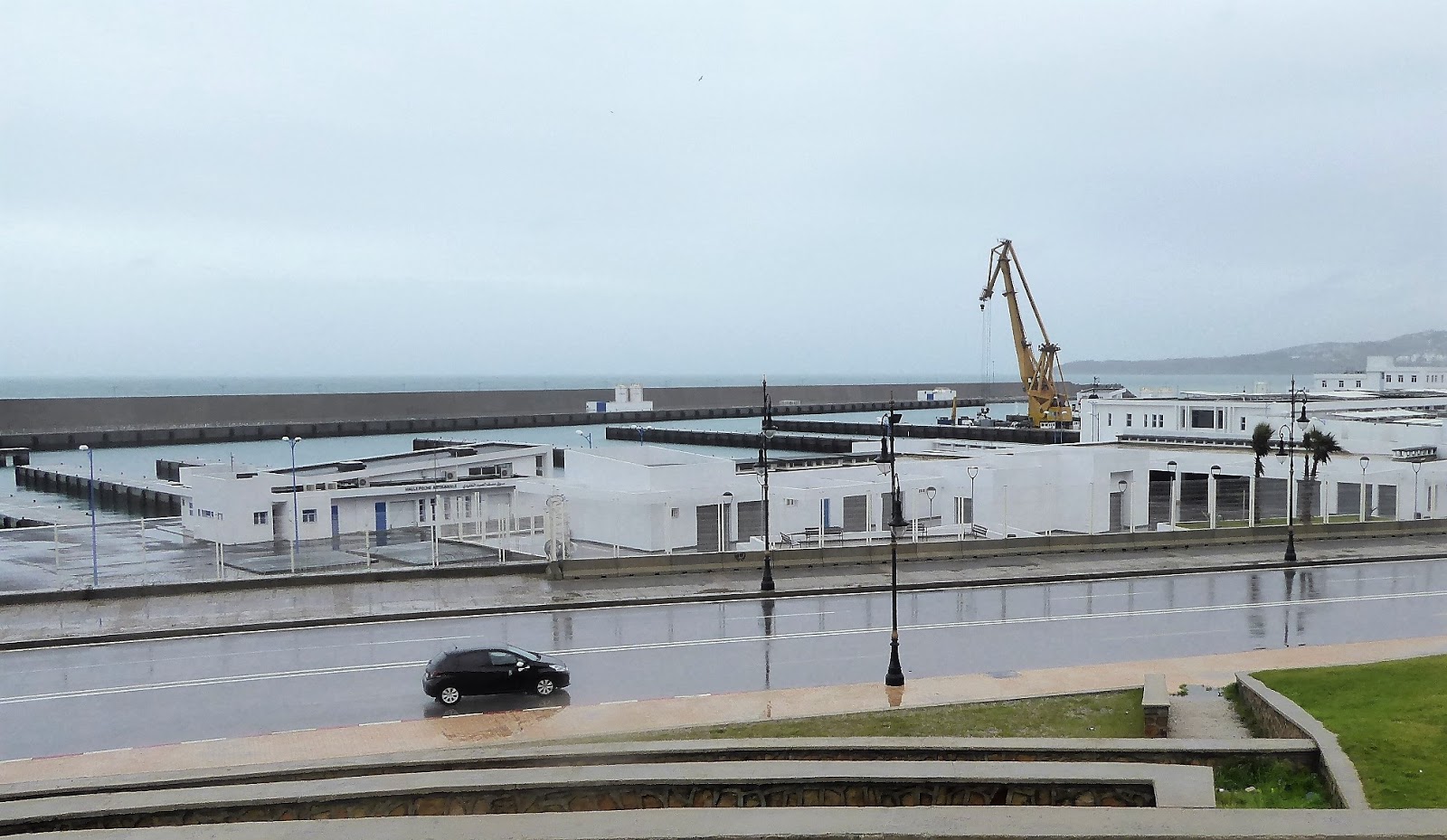 I suspect this is an old port area but it appears to be disused. A new port has been built further to the east. 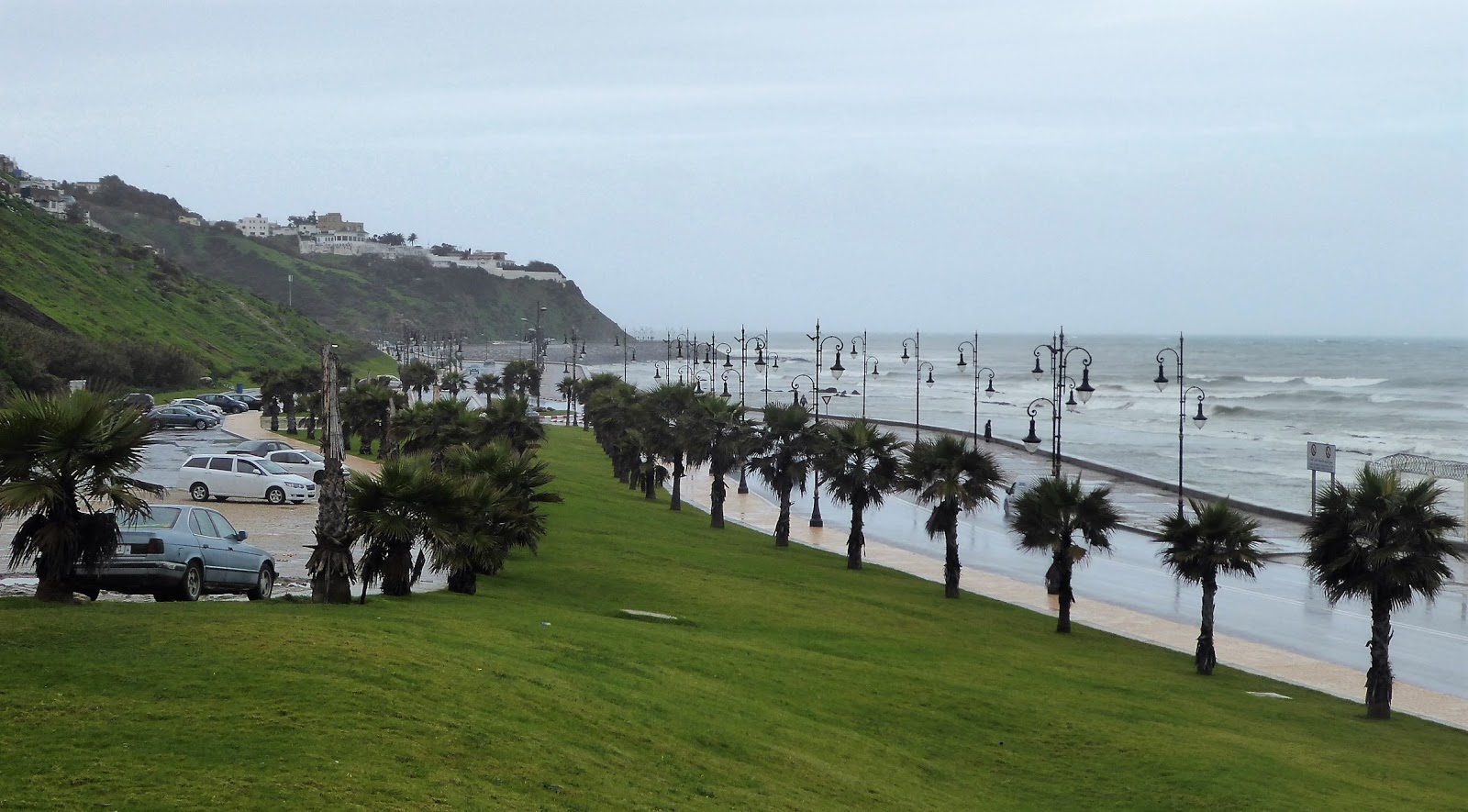 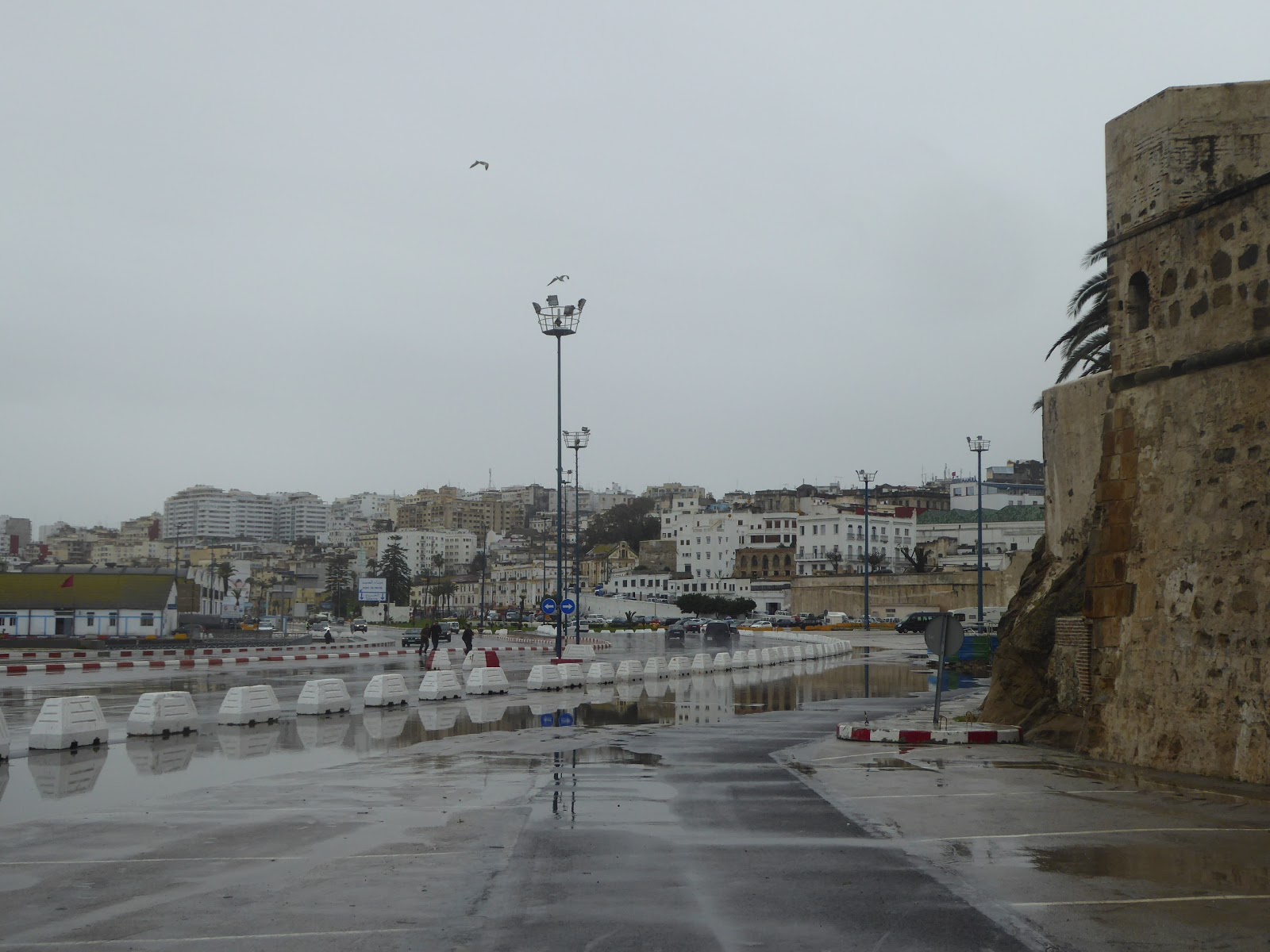 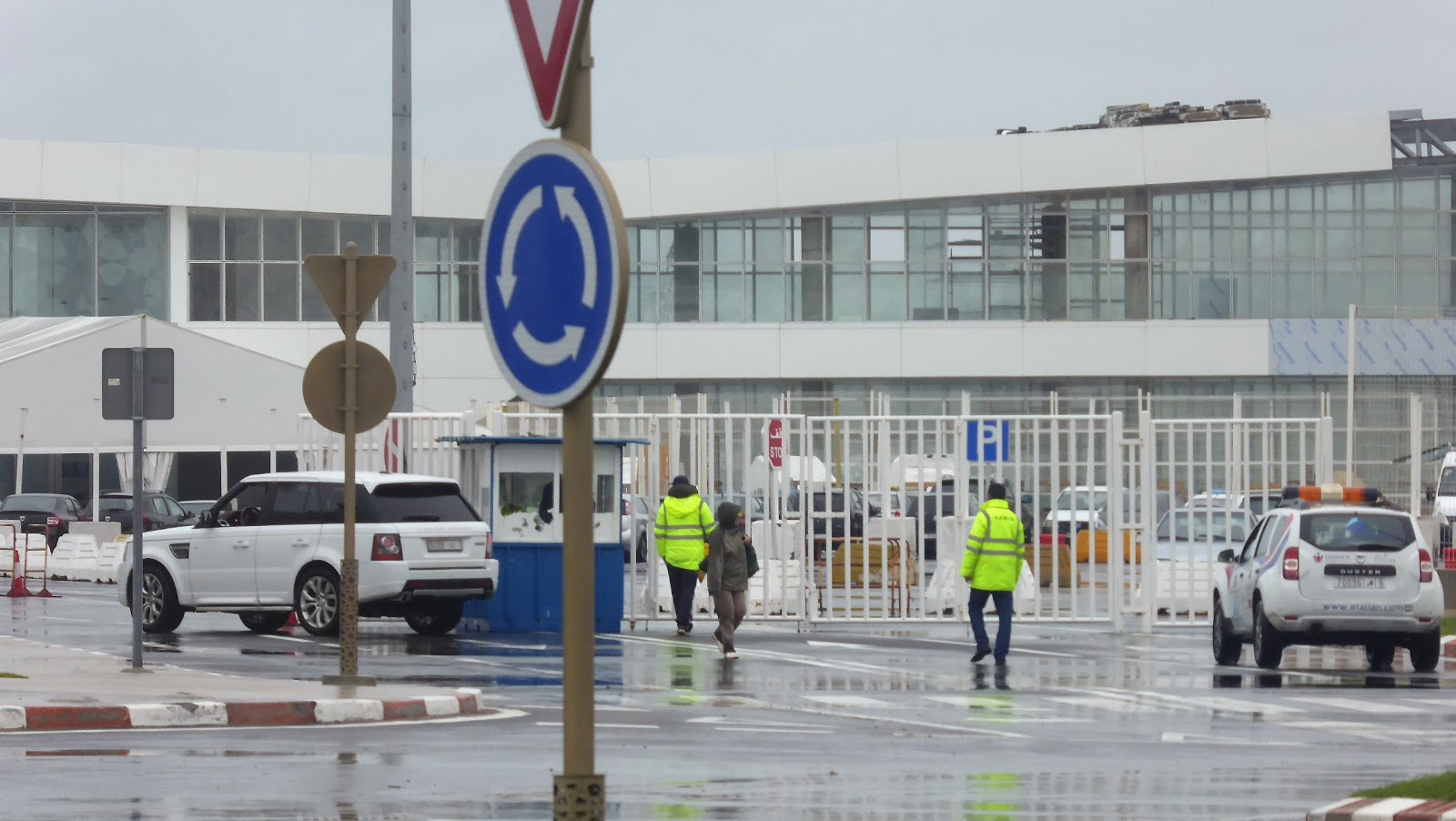 The entrance to the ferry terminal. Cars were being stopped, given the bad news and then turned around. 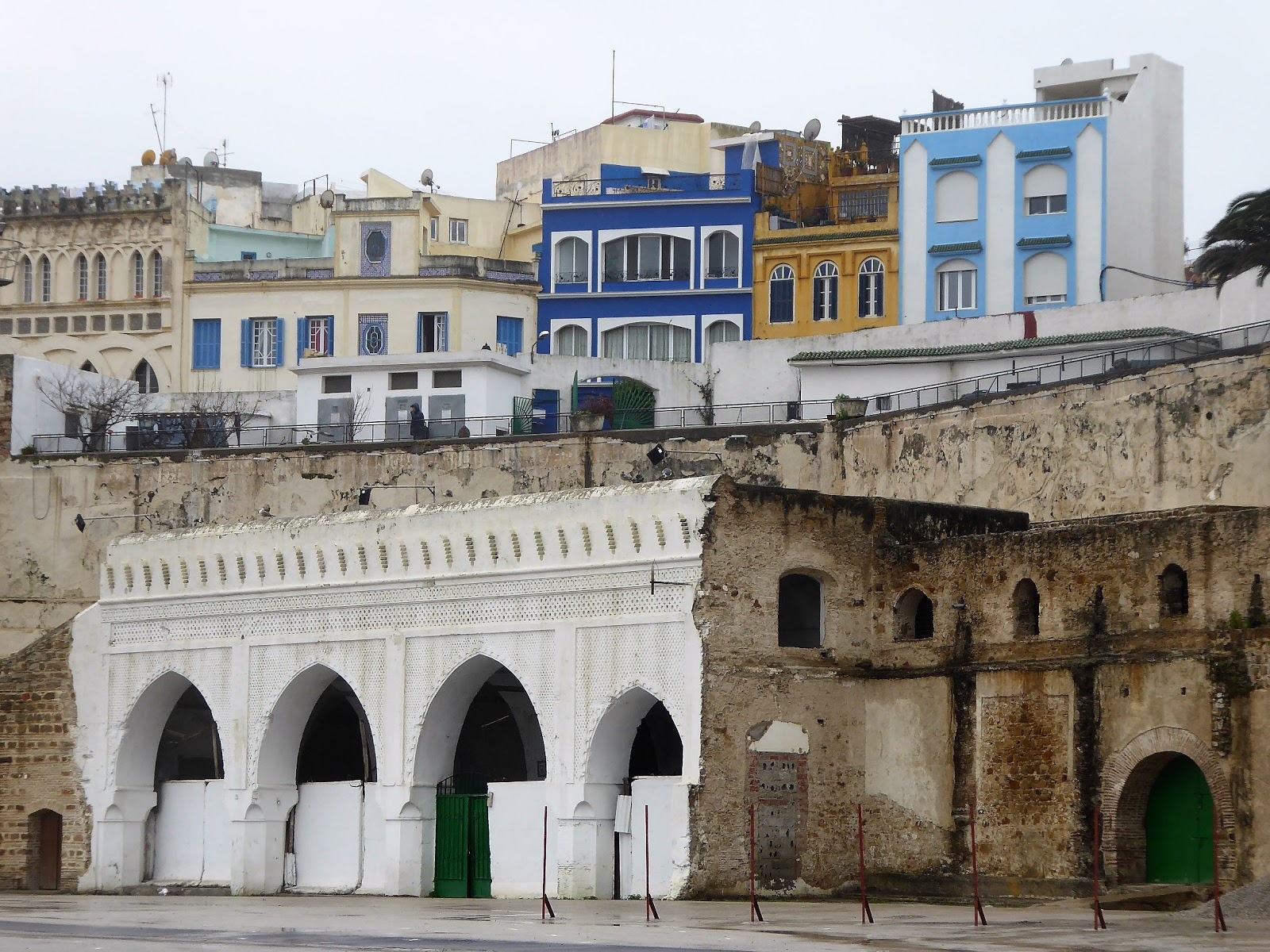 I wandered back to the hotel because it had started to rain again. I don't want to get a cold with several days left in the trip. If the weather improves later, I will go out again to look at this city which used to be famous for spying intrigue. Apparently the film Casablanca was originally going to be called 'Tangier' but somebody decided Casablanca sounded better. 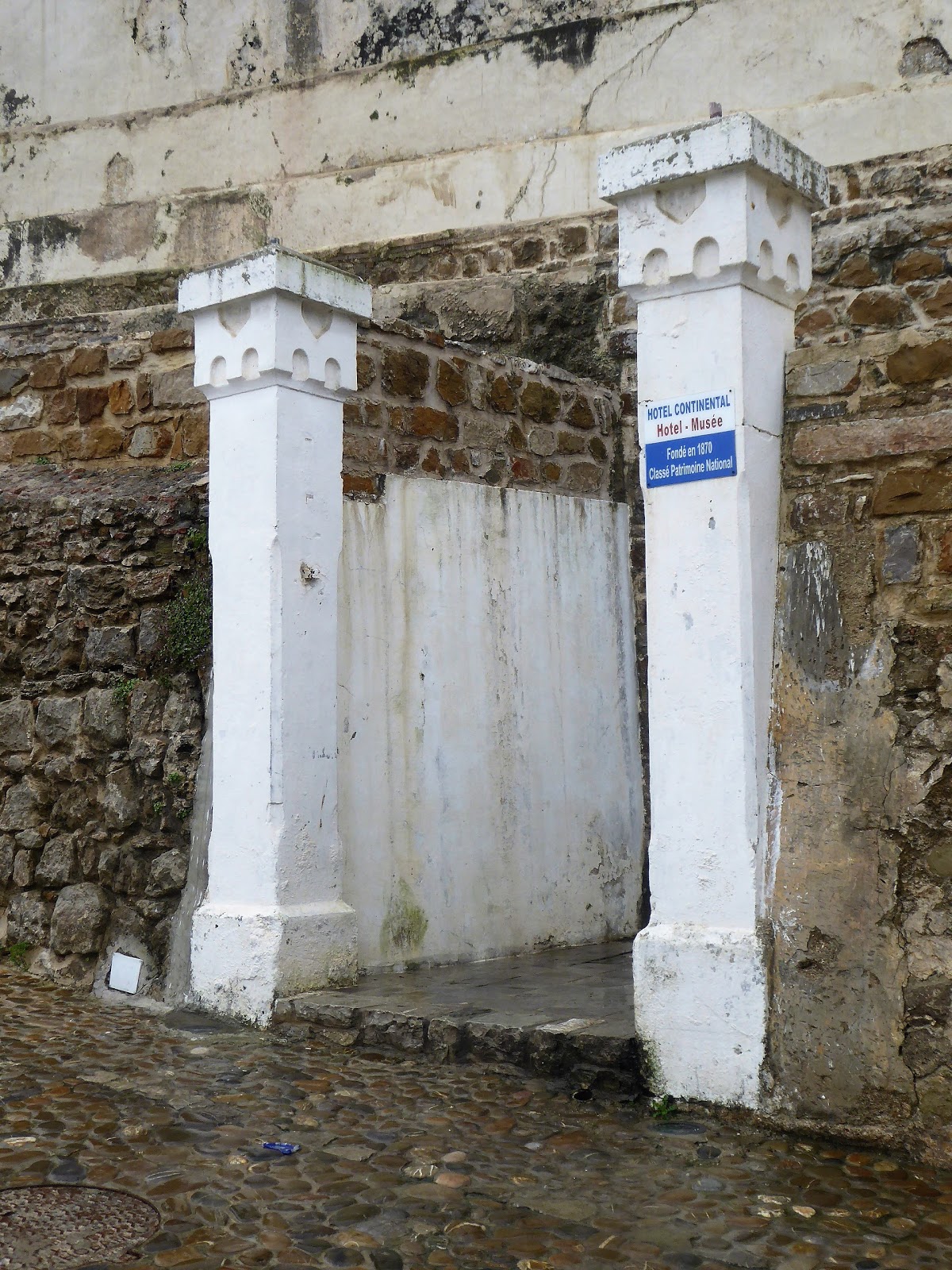 Lower entrance to the hotel. I wondered if Winston Churchill entered via this gate from the port.

He was also a person who enjoyed a nap and I am about to have one now. If there has been one thing wrong about this trip it has been the lack of afternoon naps.