At the end of the previous blog I showed a photo taken in this hotel. Here are a few more. 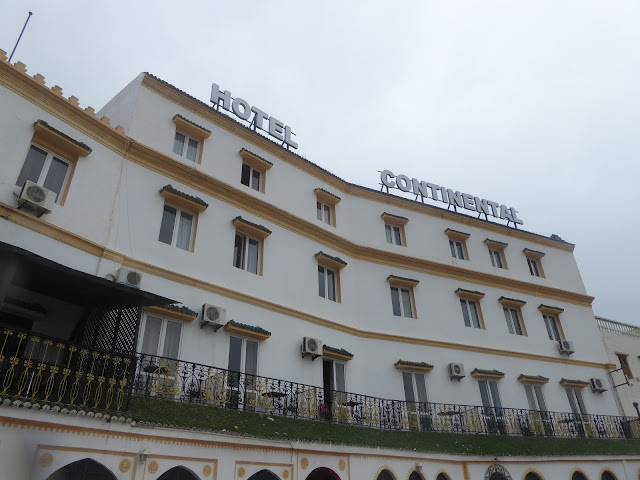 The hotel was built in 1870 is part of the National Heritage. the following photos will show why. 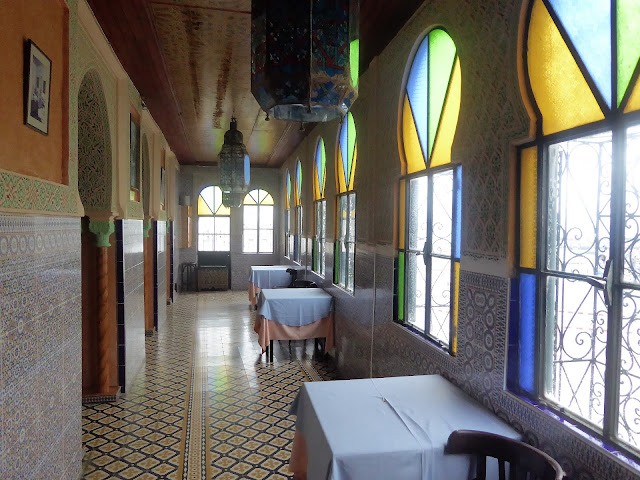 This is next to the dining room and might be an additional space. 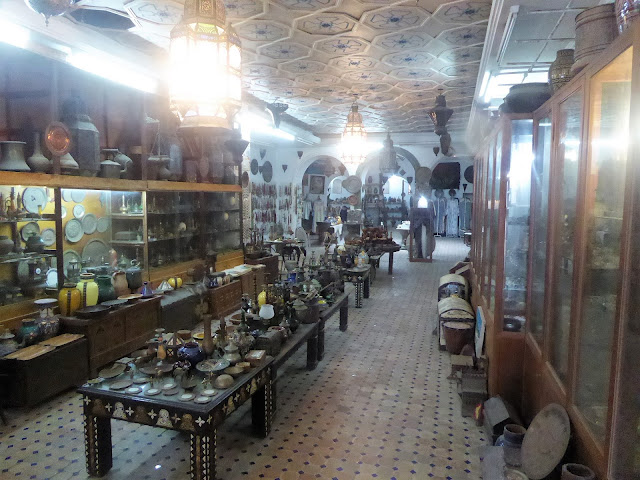 A large room with a selection of old stuff to buy. It is known as the Bazaar and the gentleman who owns it speaks very good English as well as several other languages. Oddly enough he had on display a Christmas card from Louis Goldstein who used to be Comptroller of Maryland years ago.  Louis had the privilege of meeting me when I was working at the college. He gave me a coin with his name on it as a memento. I should have asked the bazaar bloke if he had a similar coin. 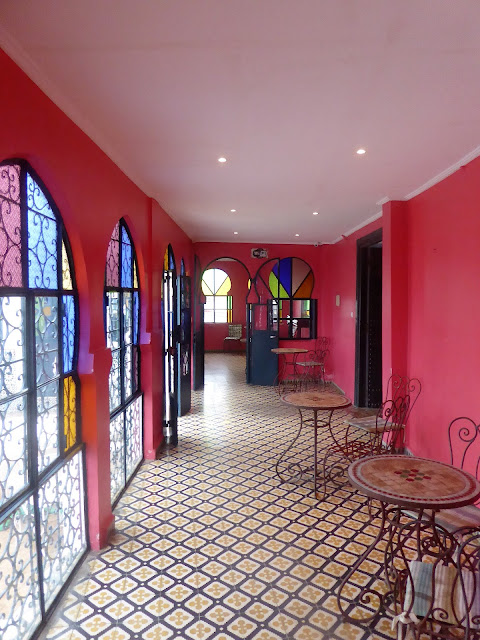 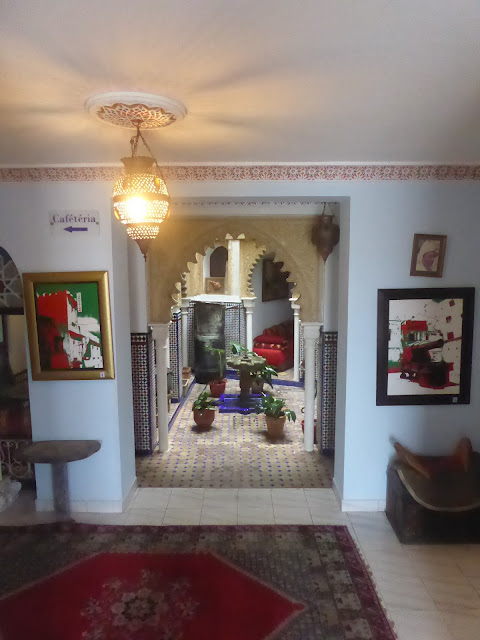 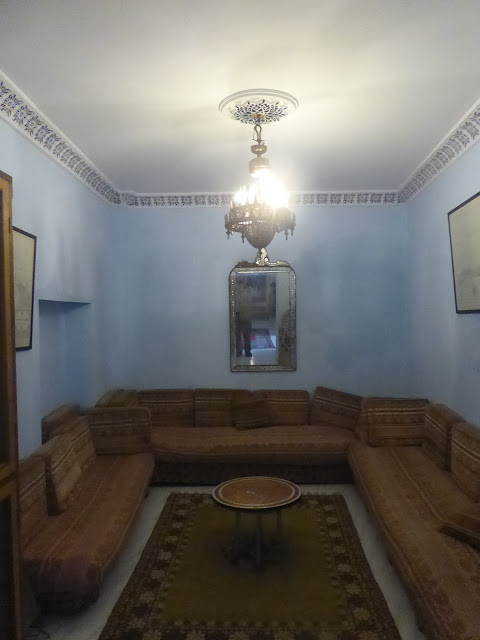 There are a few small rooms like this that could be used for small meetings. 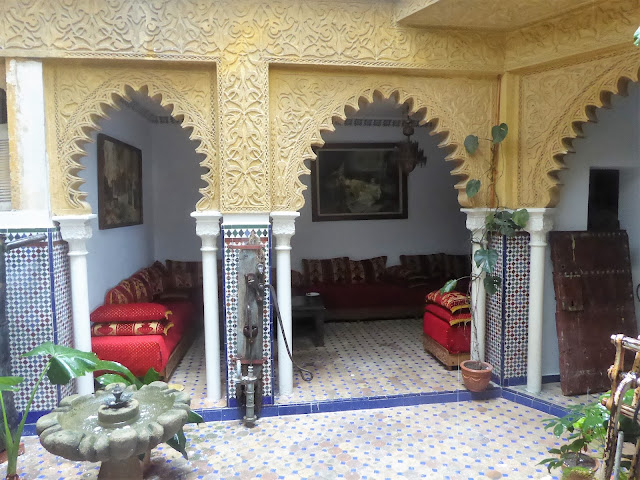 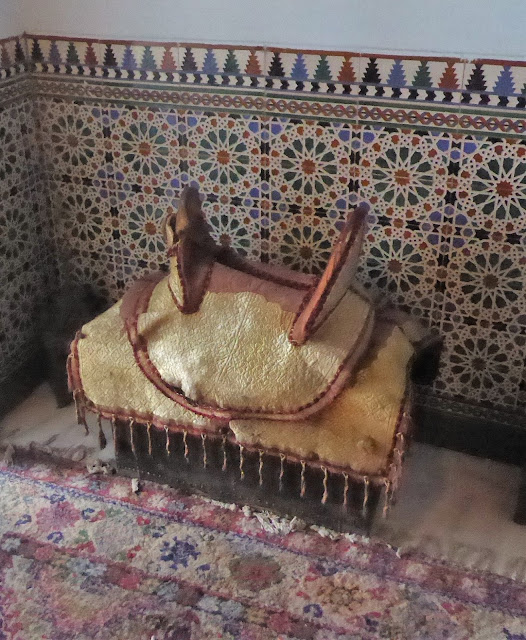 Now that is a saddle. 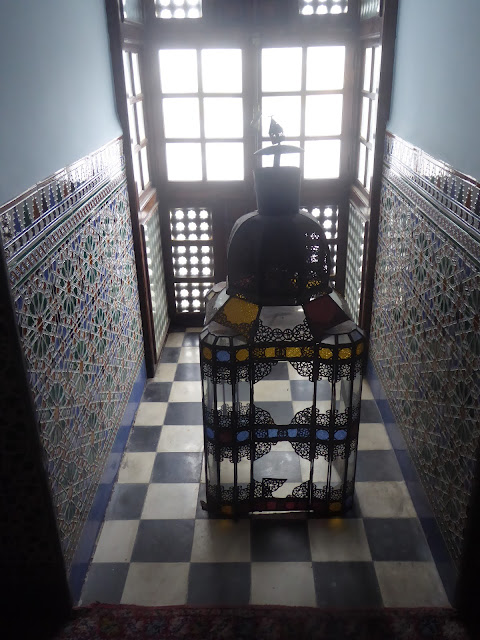 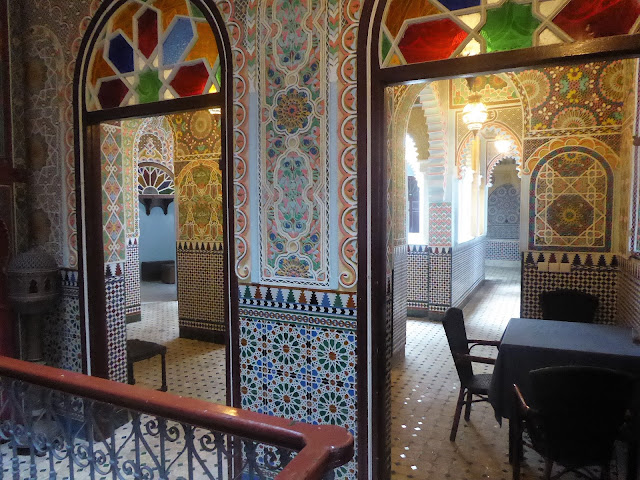 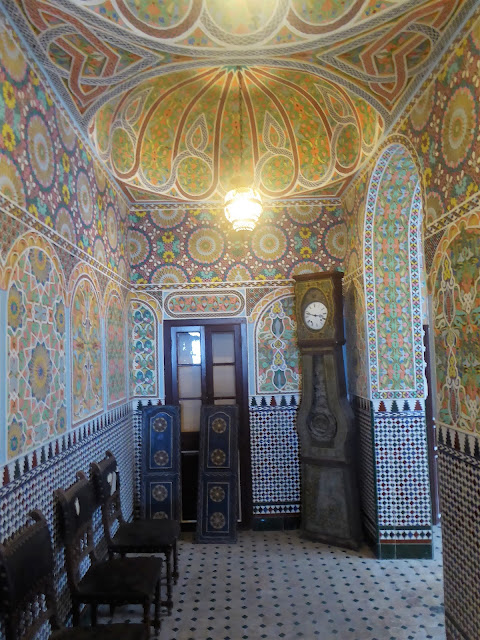 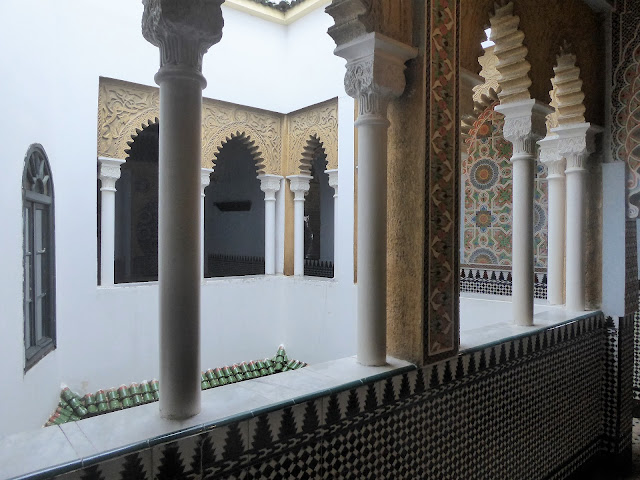 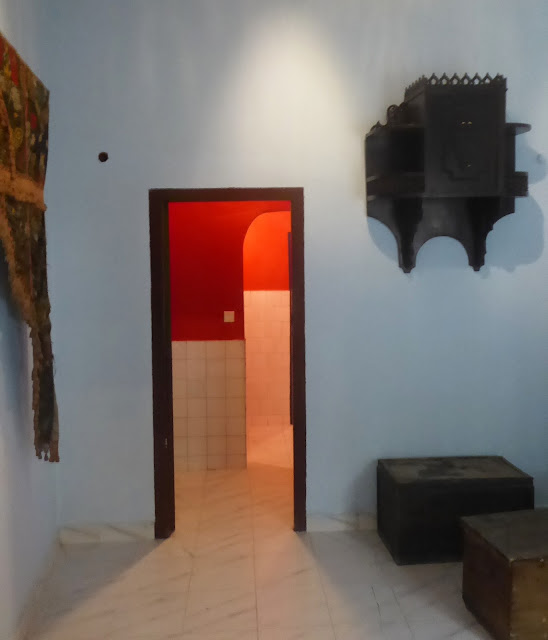 The ladies bathroom. I did not investigate further and I have not found the men's. 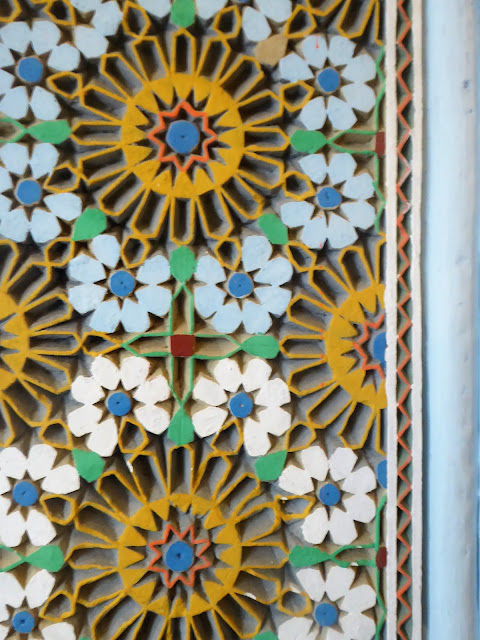 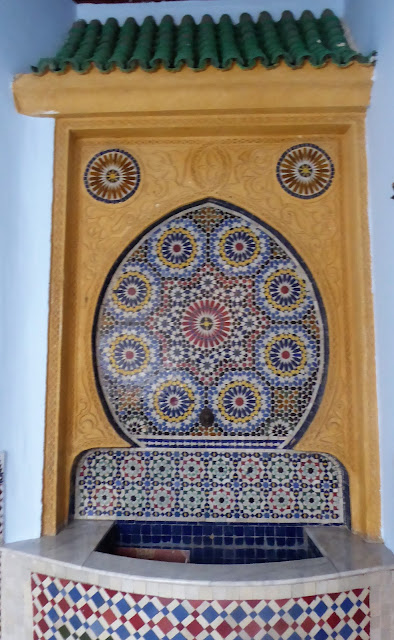 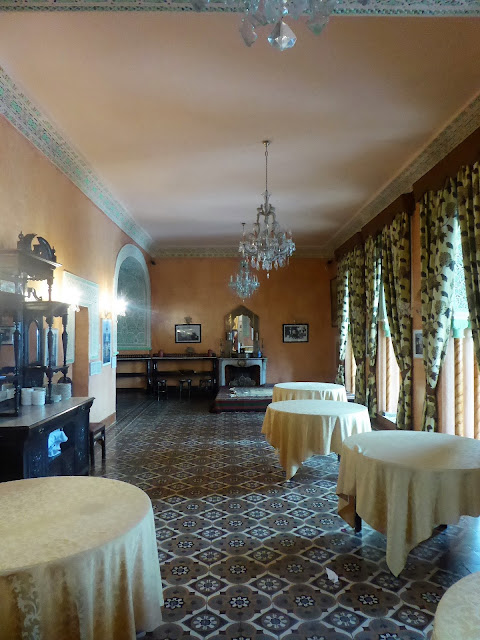 The dining room where I plan to eat tonight. 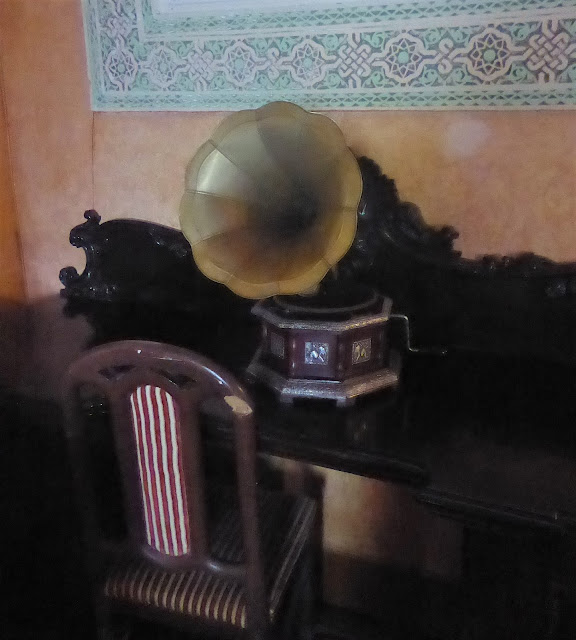 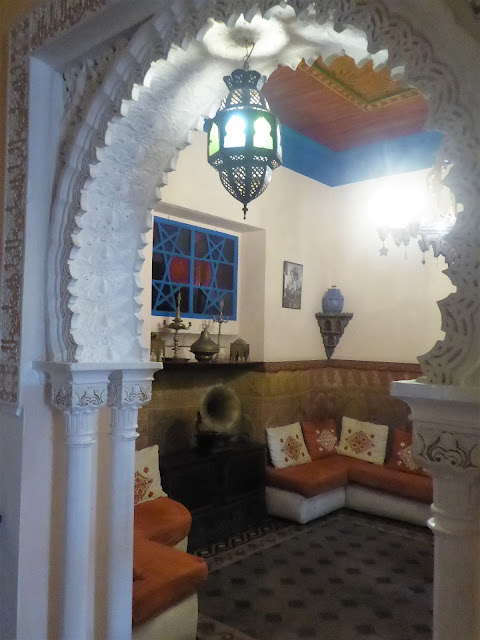 This hotel made a wonderful farewell to Morocco. It makes most other hotels look dull and uninteresting.