When I was planning this trip, the airfares were cheaper if I flew home from Madrid which is a city I had never been to. There was also the possibility of visiting Gibraltar which really appealed. 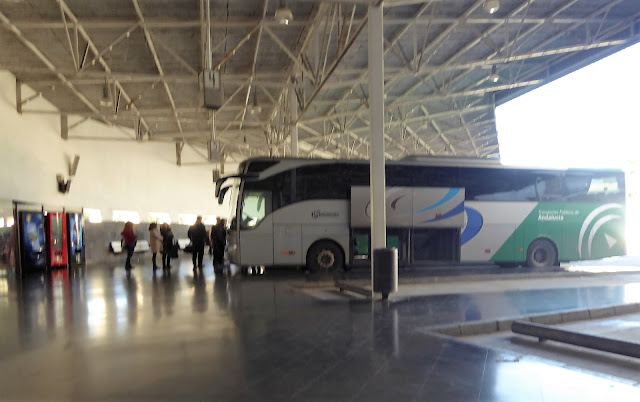 So I toddled down to the bus station which is near the train station and boarded a bus that would take me to La Linea, the last Spanish town before Gibraltar. The ride cost 2.5 euros. 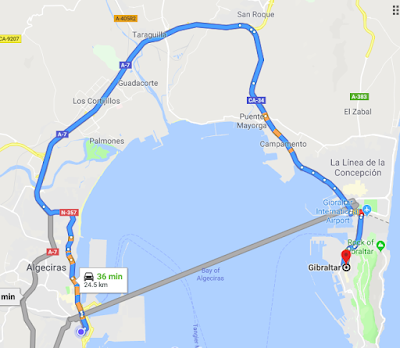 The ride took longer than I anticipated because it is a local bus and stops every now and then to pick up and drop off. 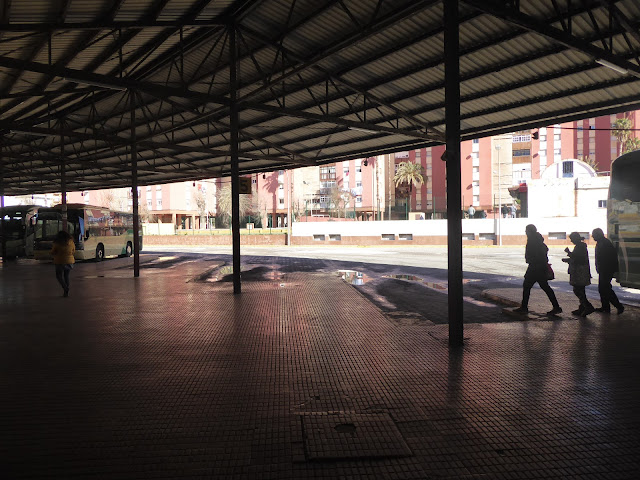 The bus station at La Linea. It took the best part of an hour to get here. 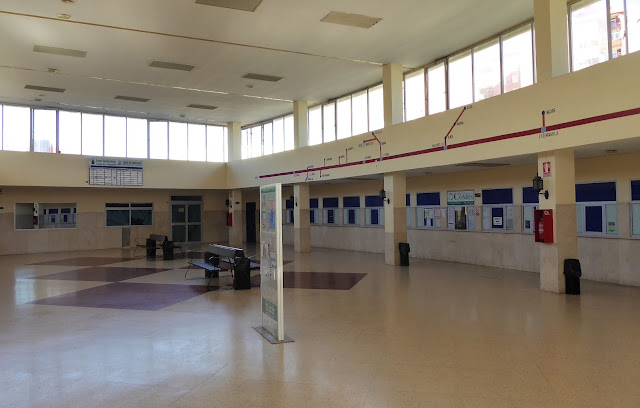 This large room is part of the the La Linea bus station and appears to serve no purpose. Spain could learn a lot from Turkey about bus stations. For example, there are very few seats. 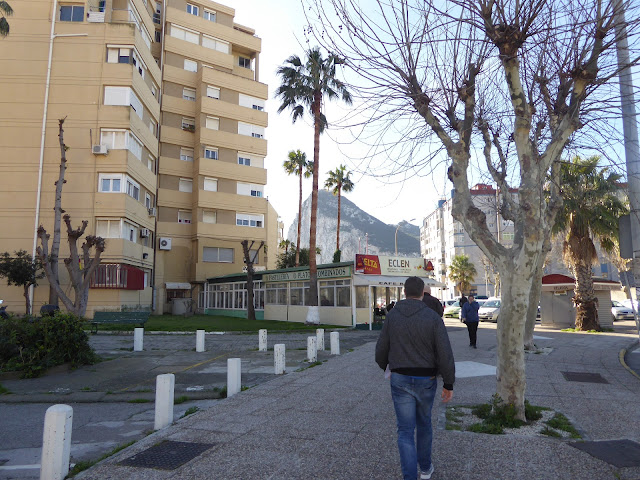 Those who were left on the bus at the La Linesa terminus all headed off towards the Rock. I followed along and it's not hard to get your direction with a huge 1400 feet rock to guide you. 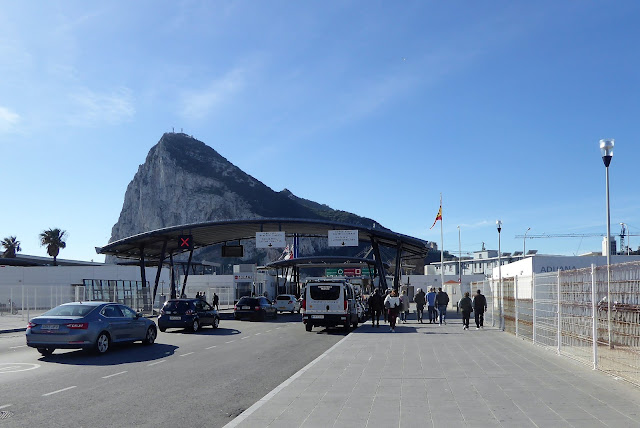 The cars line up at the border. Pedestrians go to a building on the right hand side. I showed my US passport to two sets of officials and was thru in about two minutes. 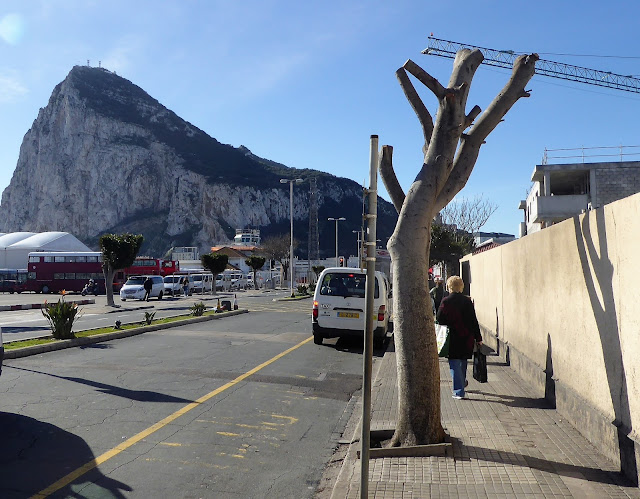 So officially I was in Gibraltar. 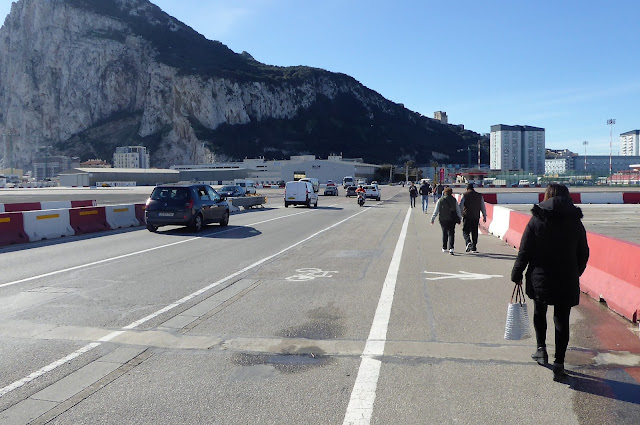 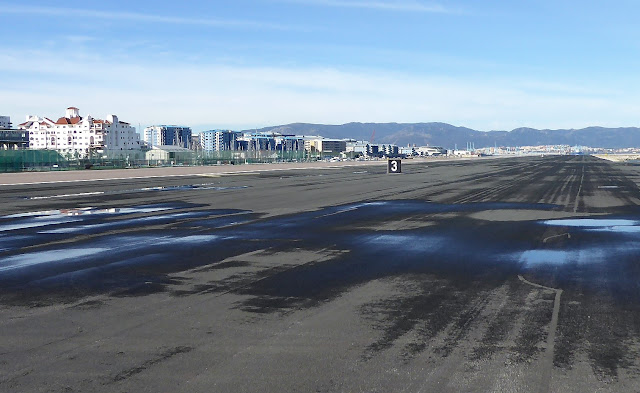 Gibraltar has its own airport and you have to cross the runway. They have gates to prevent you getting caught out there at the wrong time. 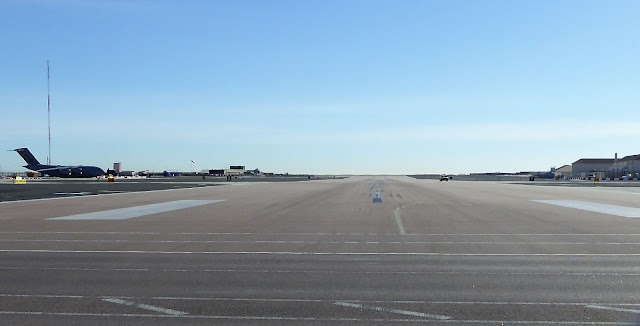 It's not often that you get to stand in the middle of a runway that is used every day. 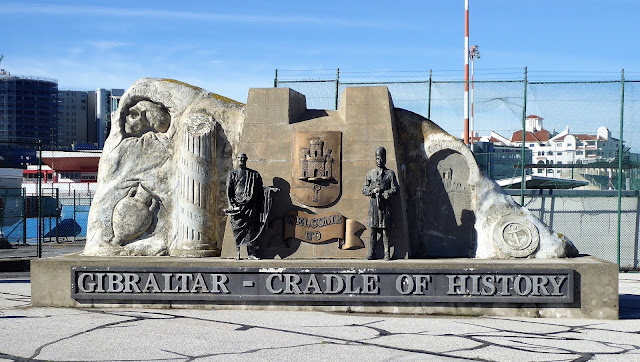 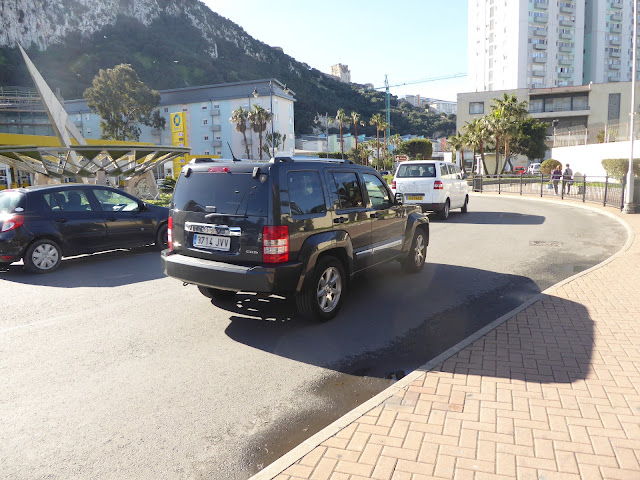 Cars drive on the right here instead of on the left as in England. 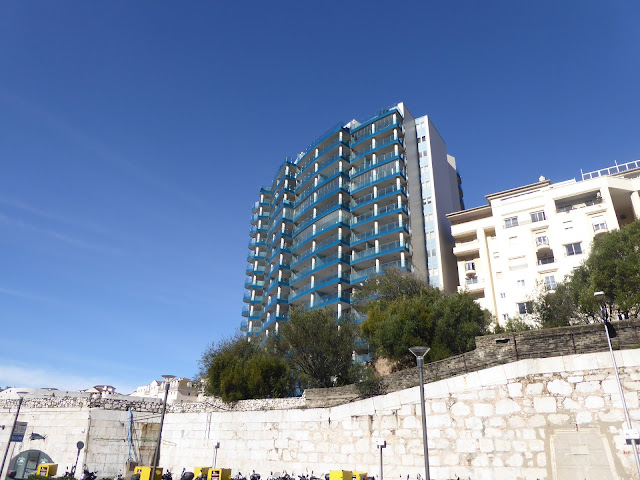 Gibraltar is having a building boom with high-rise construction everywhere. 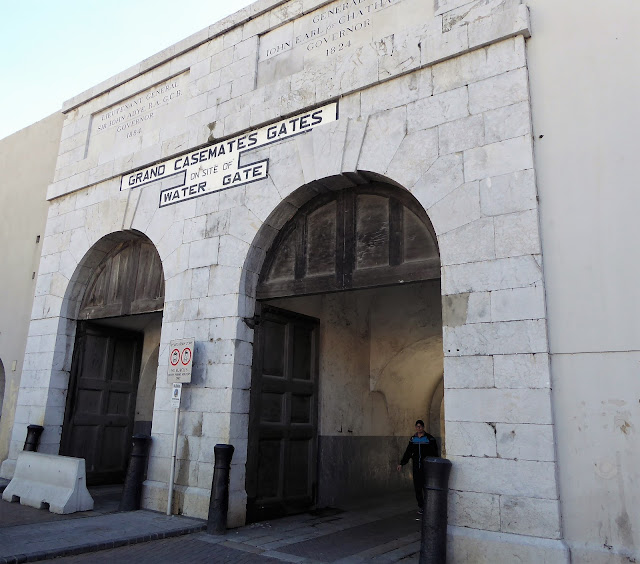 There are still traces of the old. 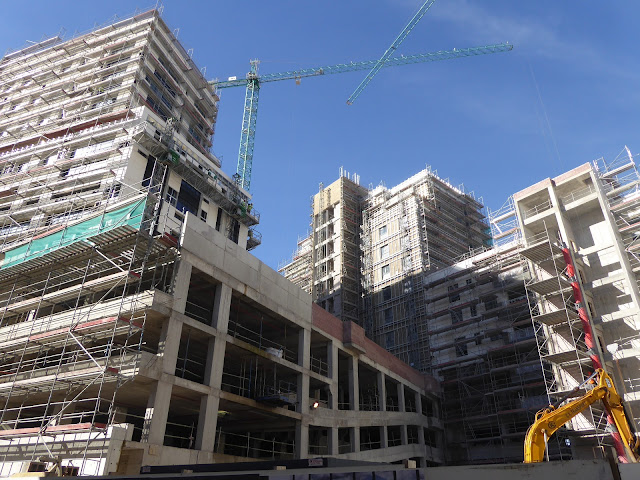 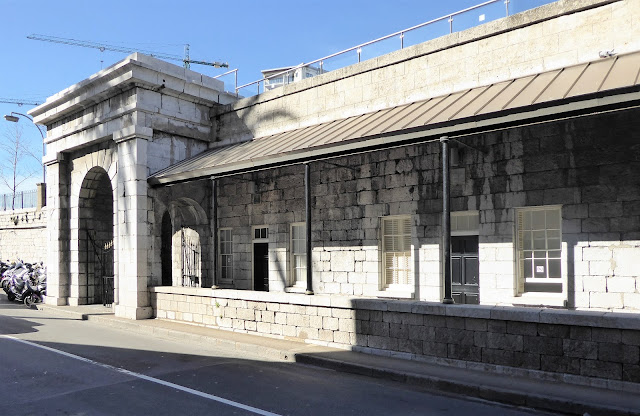 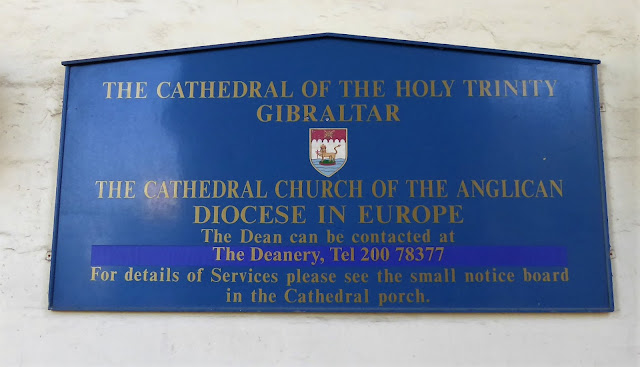 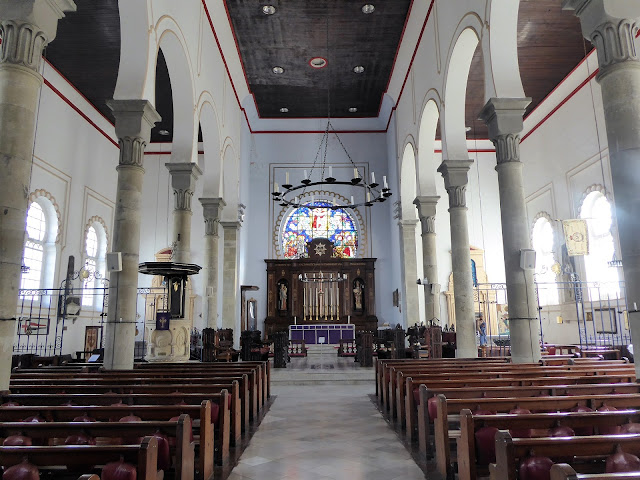 I wandered into the cathedral. 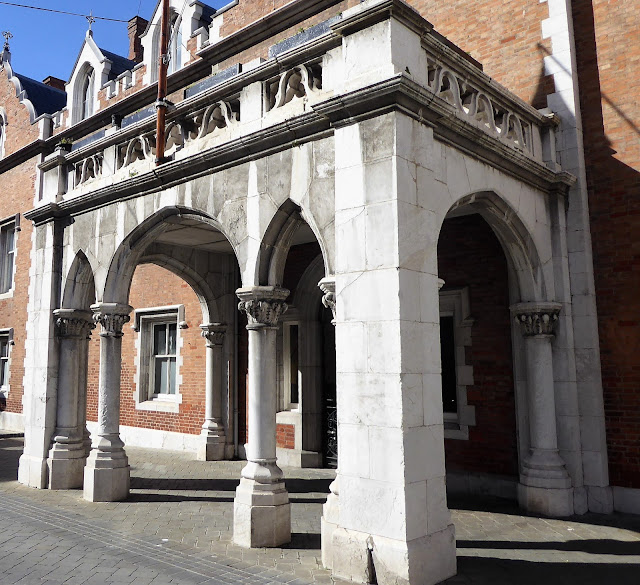 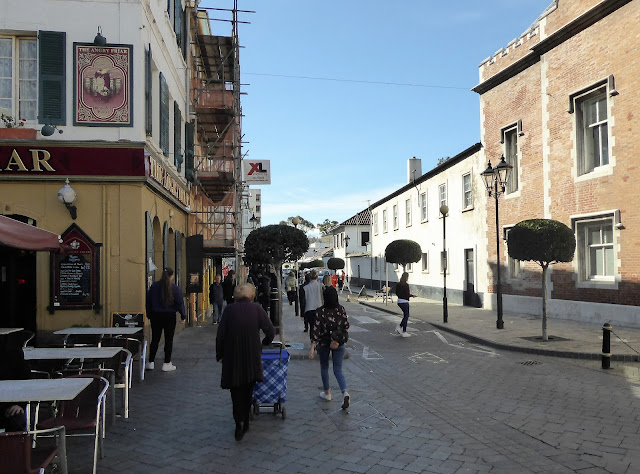 The town area is a bit of a rabbit warren and I constantly had to refer to the map. There is a surprising amount of traffic so you have to be careful crossing streets. 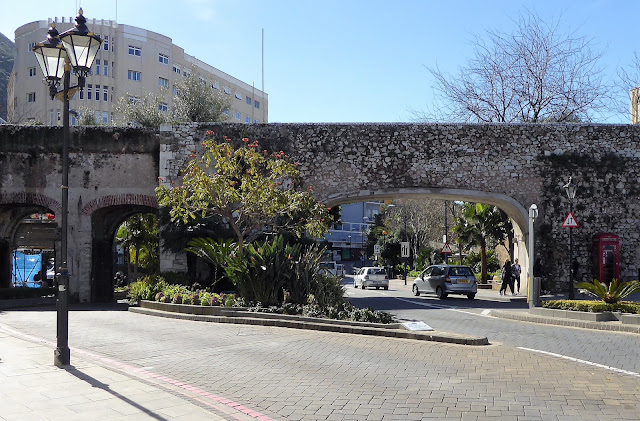 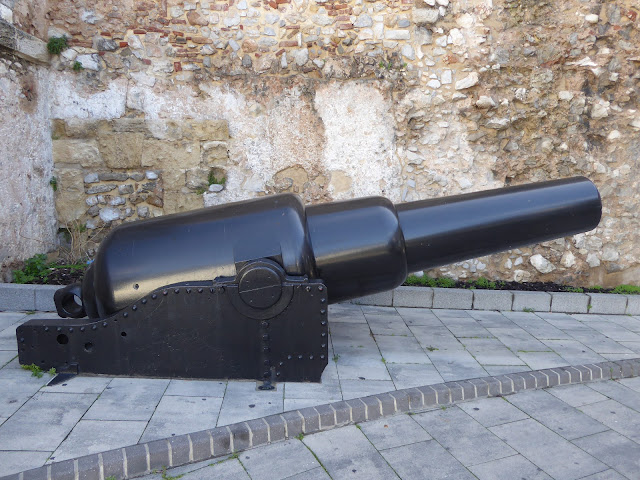 This cannon probably was located at one of the forts up on the Rock at one time. It is similar to the cannon in Queens Park in Toowoomba. There is a better photo in this blog I found. Just scroll down. It looks identical. 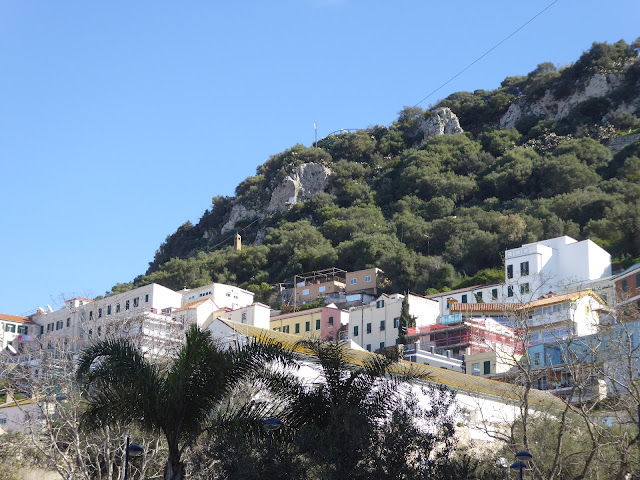 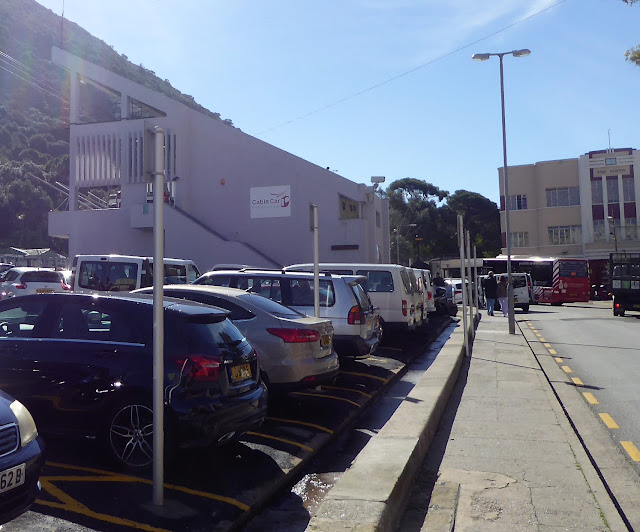 Eventually I came to the cable car building that you can see on the left. In summer it is very busy and you need to pre-book your ticket. In early March you just walk up and buy it.

I had a 10 pound note to help pay for the ticket but the cashier explained that it was no longer legal tender having been replaced by a new note. Since I had limited English money, I would have had to walk back to the Treasury building opposite the Cathedral I had visited to do the exchange. I solved the problem by taking 10 pounds out of a nearby ATM.